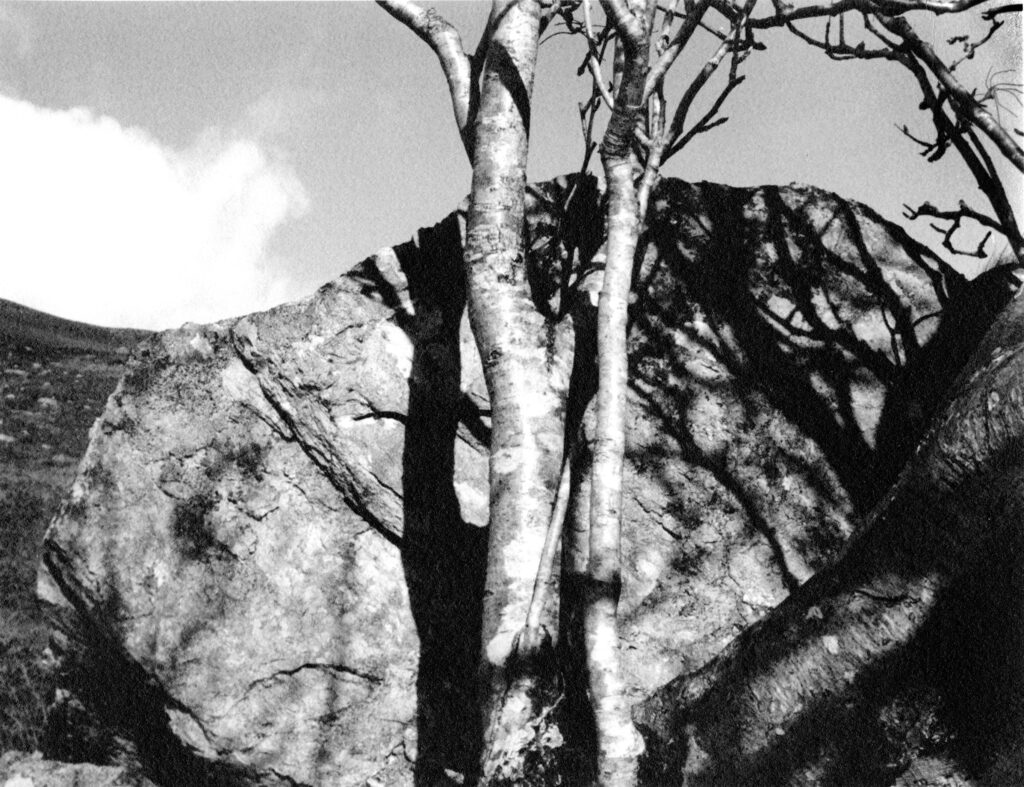 Audiovisual artist working between the distinct boundaries of photography and sound. My work explores the sensory experience of seeing and hearing, and seeks to immerse the viewer/listener into a space in which they can move around and explore, themselves becoming an active and necessary part of the work.

The differences present in these two media become a central component of the work, challenging the primarily visual focus of fine art and the role of the ‘viewer’. They often directly contrast one another, as photography has the potential to be instantaneous whereas sound cannot exist without time and the space within which it exists. I also acknowledge the limitations of recording methodology, embracing the inescapable alterations from the lived experience to recording.

I tend to revolve around the notion of indexicality, the inescapable correlation between the subject and its depiction. In my photography, this is expressed through detail and a balance between descriptiveness and abstraction, as well as by drawing attention to the material nature of the darkroom print. In sound, this tends to relate to a sense of spatiality and localisation – exploring how sound is affected by the space into which it emanates.

Studies in Spatial Sound uses ambisonic recording and production techniques to create an immersive sphere of field recordings. The soundscape they play consists of recordings made with ambisonic microphones, providing a spatial ‘bed’, or a foundation, along with stereo sounds panned into and around the space. The recordings were made in a single forest site on the Isle of Arran.

Sounds were treated using convolution reverb algorithms. Impulse responses were recorded in the forest to generate the acoustic ‘fingerprint’ of the space, and so the very up-front and centre recordings were made to sound as if they were back in the forest space. This was used as a means of circumventing the isolated sounds created by using microphones to record sound, ‘placing’ them back into the sonic environment of the forest space.

There are also some non-digetic sounds that I have used, less natural sound sources which show a desire to narrativise and explore my position within this process of recording and manifesting the work. They also draw attention to the inevitable involvement of the creator due to the necessary understanding of the technical processes involved. These sounds include contact microphones picking up the vibration of tree branches whilst they are struck like percussion instruments, tree and fauna resonance algorithms generating the sound of rain striking their branches, and a narrative element in the introduction – a heavy droning which washes over the listener, to depict the dense fog present on one of the days the sounds were recorded.

Through listening, spaces are both heard and imagined. Sound’s propagation through space leaves indexical traces upon that sound, and the environment leaves its fingerprint on the acoustics as much as the light does in a photograph. This work came out of an attempt to map and recreate a space as fully as possible.

The forest was chosen not for its beauty, but for a striking acoustic environment, focusing on the fog and dense bed of pine needles dampening any reverberation and the sharp sound of wind in the trees above the head. The listener’s position in space and rotation of the head dictates what is heard – the work wraps around and above the listener, rejecting forms of spatial audio that rely upon a visual referent and a set forward orientation.

I wanted to draw attention to sound’s relation to space and place, and through its presentation the work becomes not only three-dimensional but also immersive, and the viewer becomes embodied into the work. This is not an aspect unique to this installation, but something present in all sound around us.

The work exists as an installation space, as well as a downloadable game which allows a remote viewer/listener to experience the sense of moving and turning in the sonic environment. There is also a binaural version, however this is a very ‘static’ way of experiencing the work. Headphones highly recommended!

Note that on Mac the game file may require changes to security settings, to allow apps from unrecognised developers (me)

The framed photographs explore the affect of separating the sounds from their visual referent. I wanted to engage with the ways in which the acoustic space is both real and imagined in the mind of the listener – through the generative act of listening – and how this compares to the ‘reality’ of the photographs. The photograph serves as a proof of the space itself, but also questions the need for such a proof in the eye of the listener.

I chose to separate the images from the sound, not just to reflect the process by which the work was made but also to allow the viewer/listener to follow a distinct shift in the act of listening – from causal listening (trying to determine what it is they are listening to) to a sense of active listening, engaging with the detail of the sound by spending time in the space and becoming comfortable with it.

This interrogates the primarily visual nature of the lived experience, and denies the descriptive power of photography – when denied, the viewer must seek answers for themselves, in a slower manner, than if the images were present. It is not my expectation that the viewer/listener will spend a long time in the space, but merely a theory that without the swift visual judgement offered by the photograph the audio demands more time and presence. 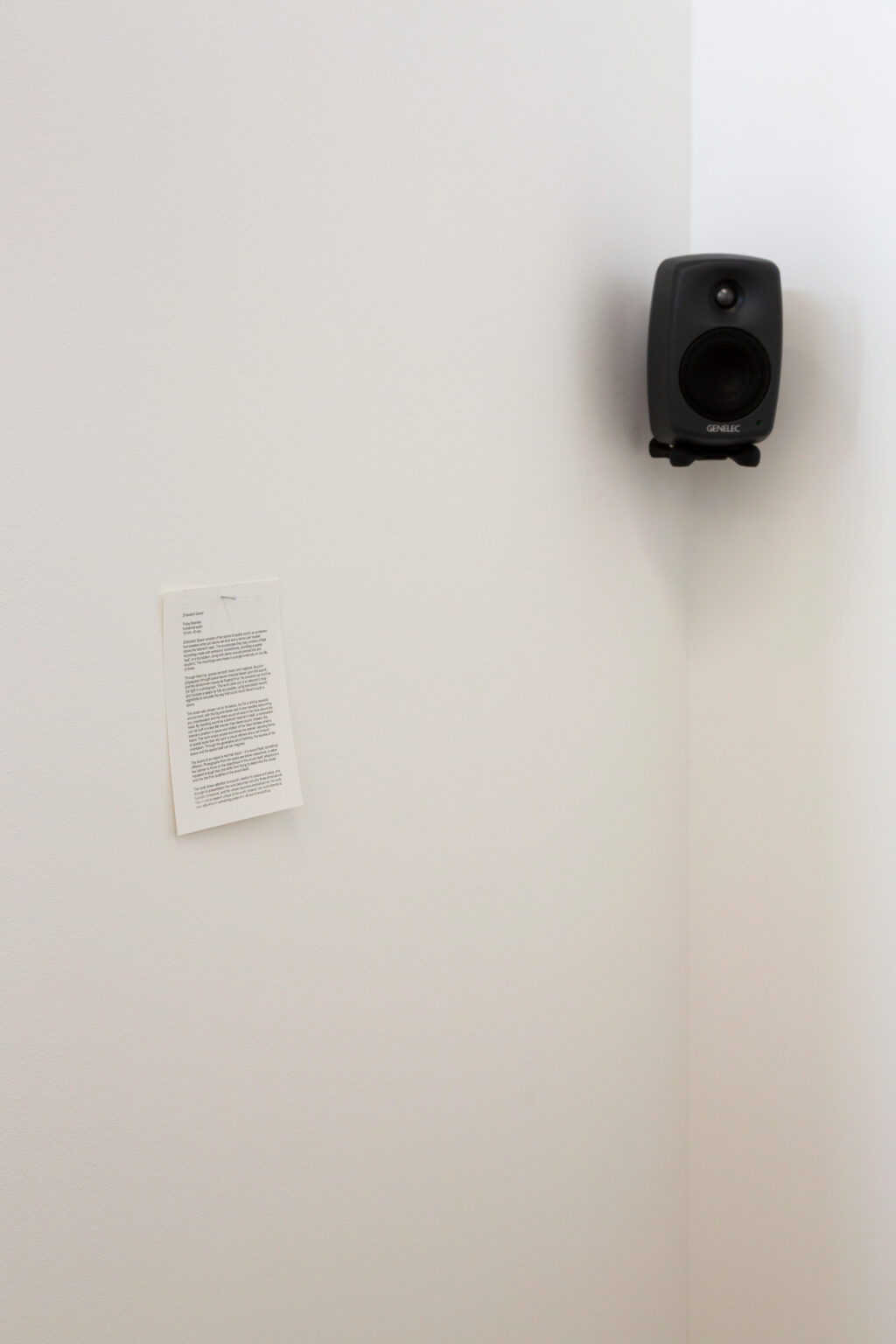 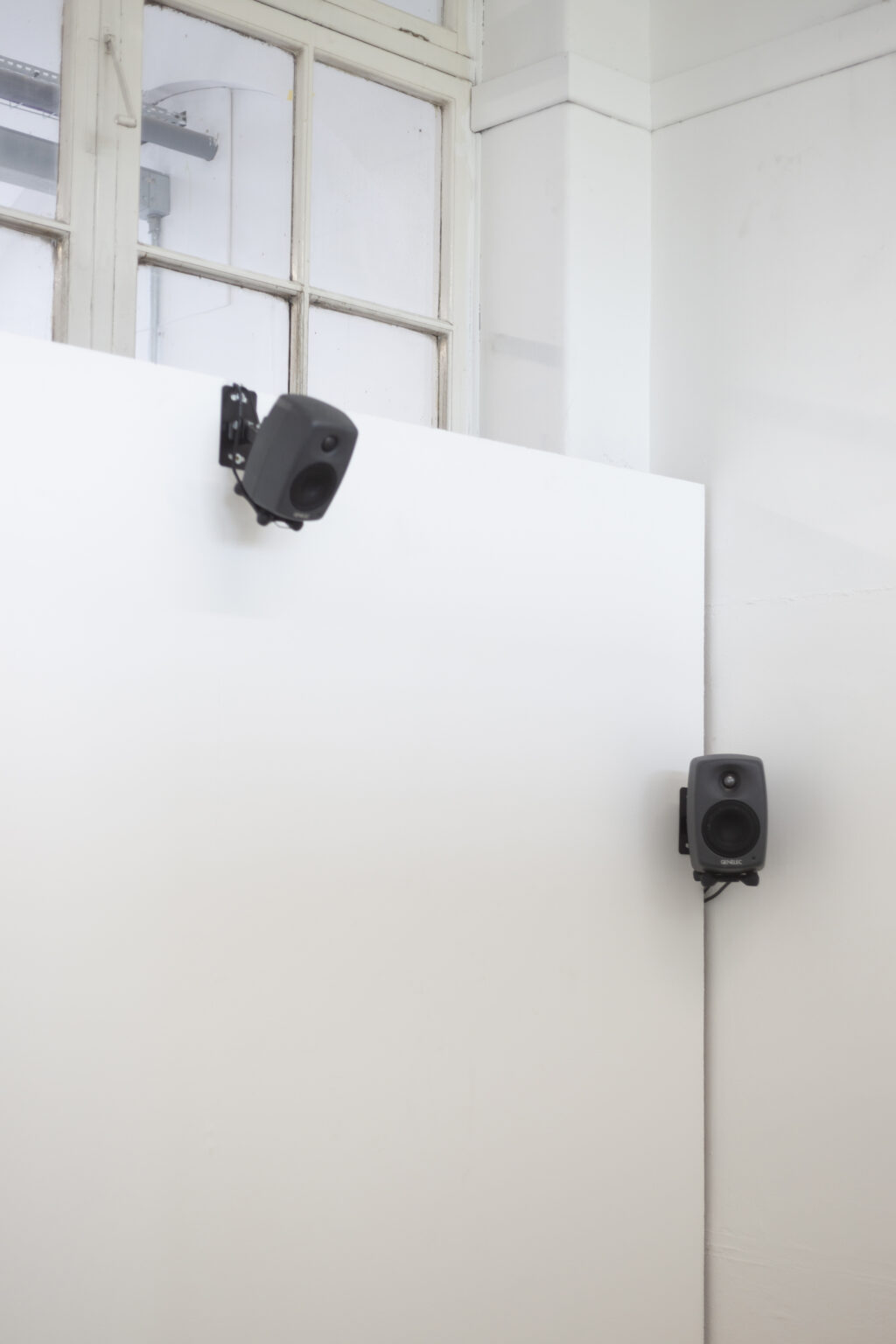 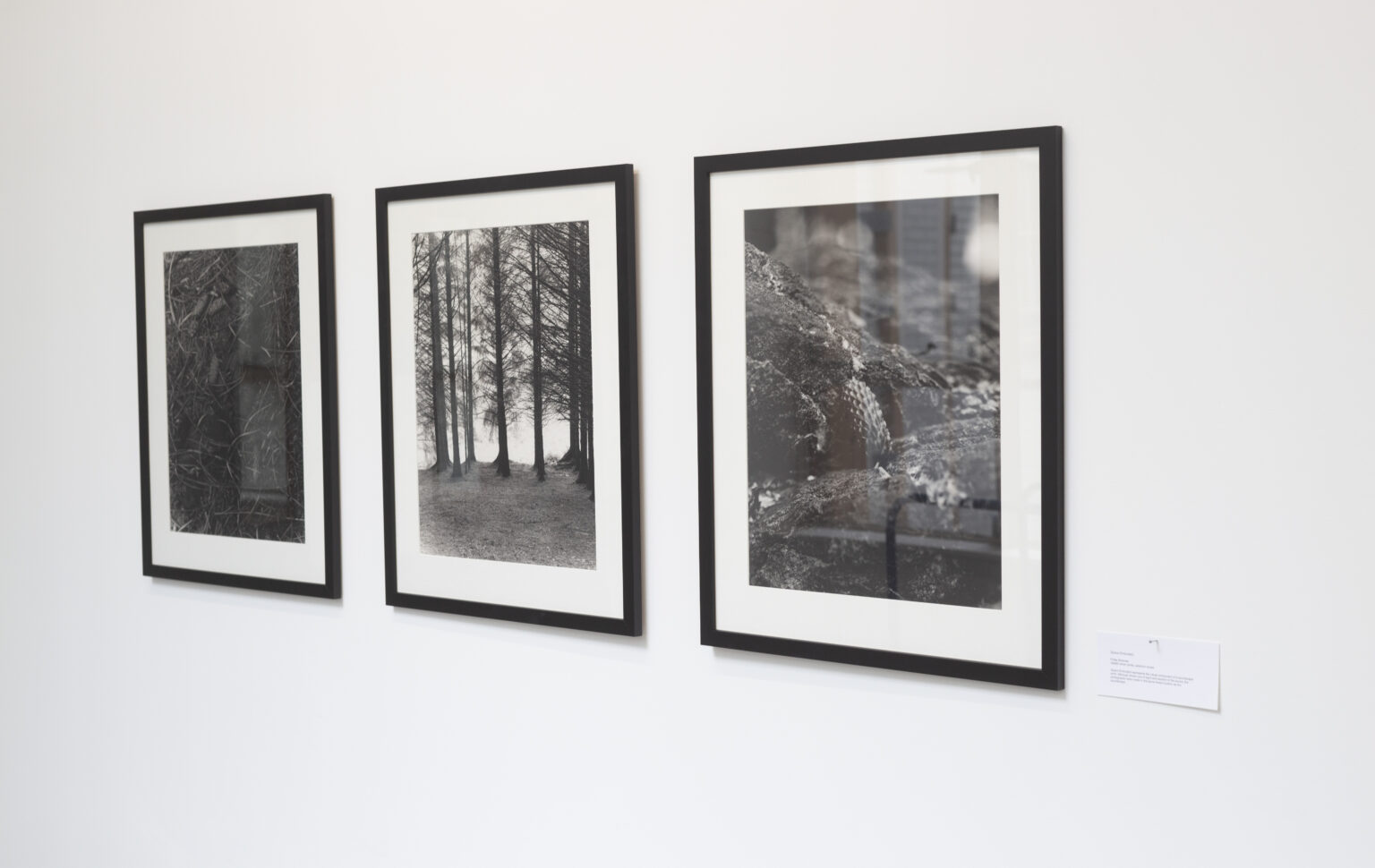 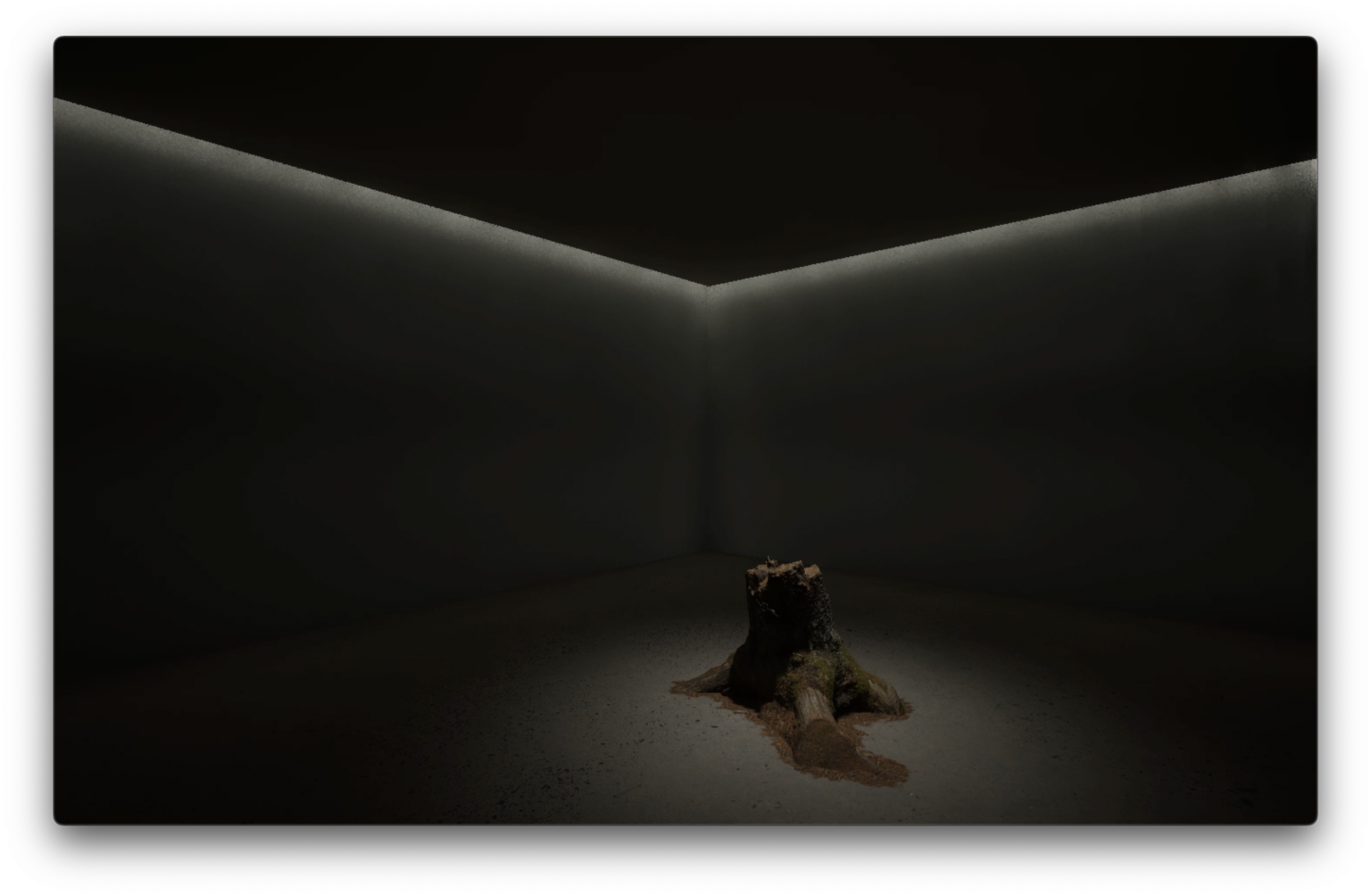 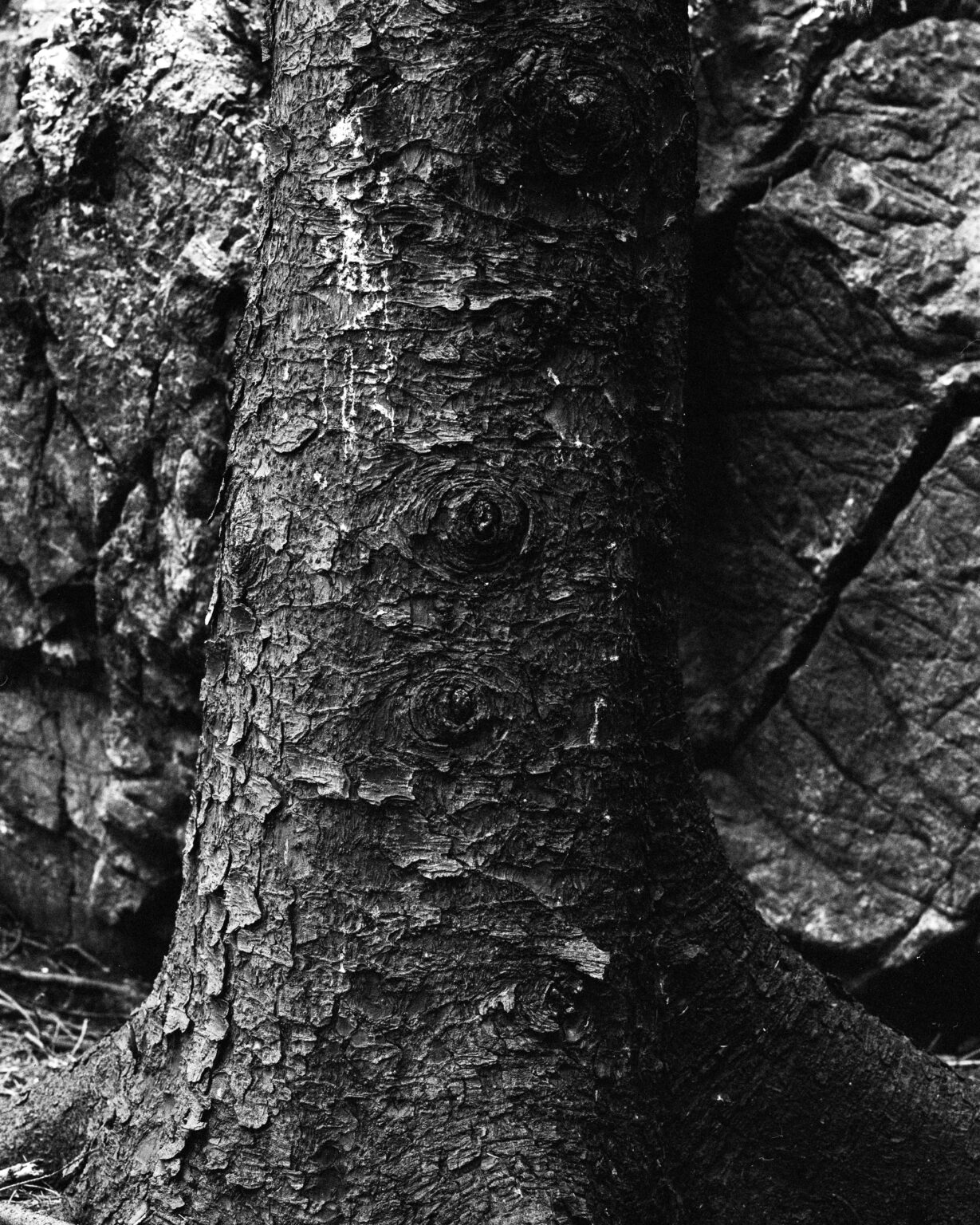 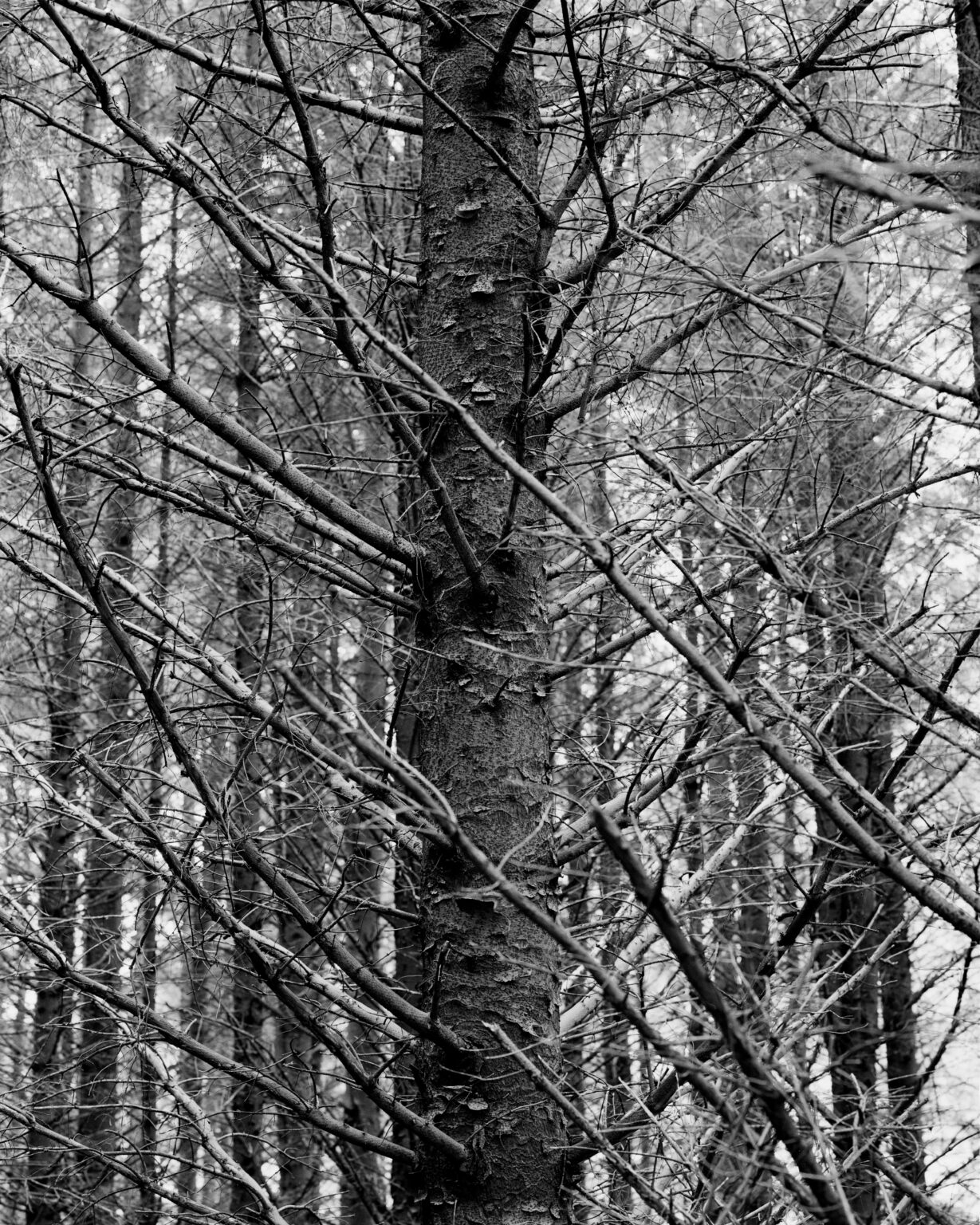 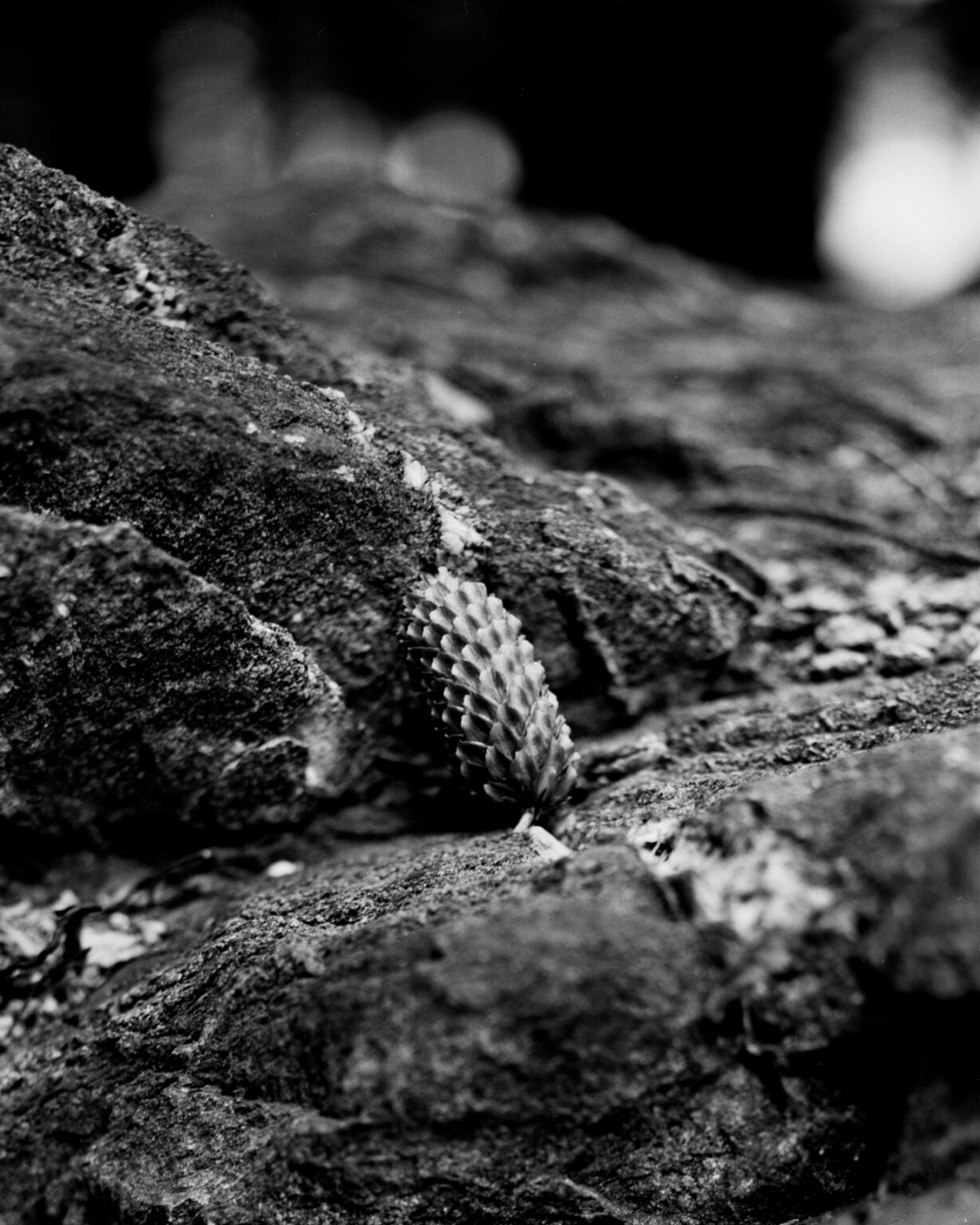 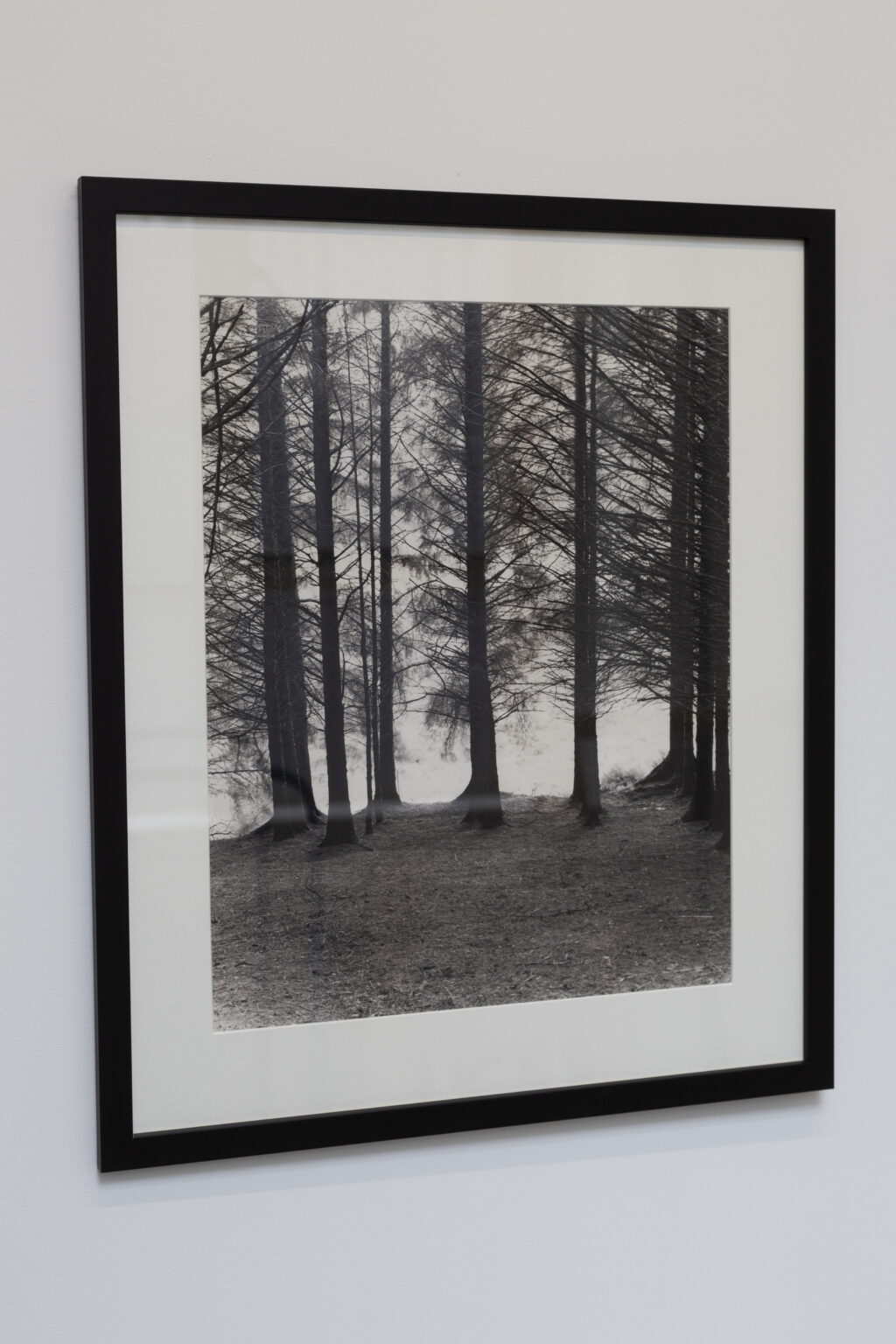 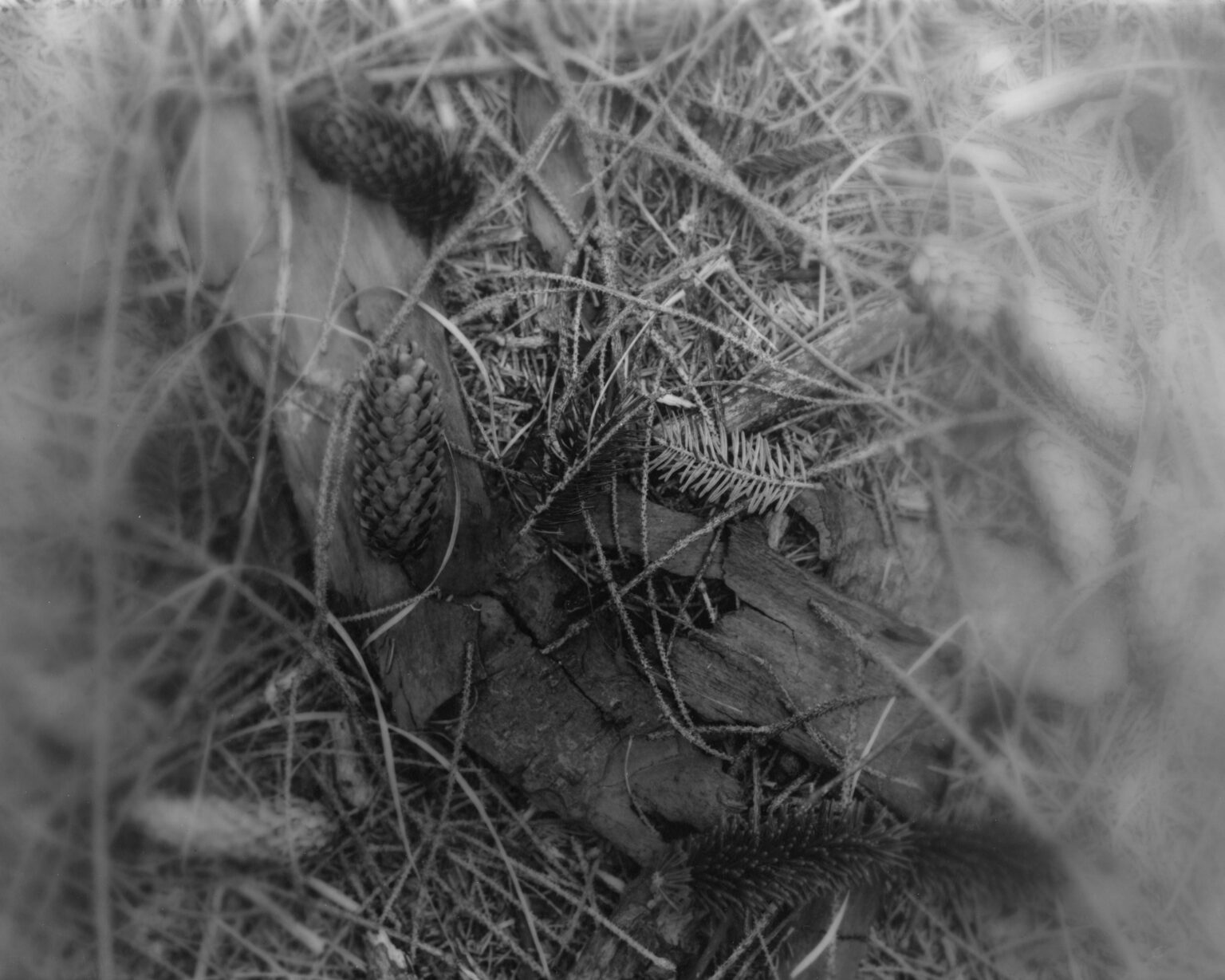 Medium format E6 slide film, shown as a looping projection, with a stereo soundsape. The images and sounds were recorded on a single walk, using an 8-channel field recorder/mixer unit to make the soundscape after the walk was completed. No digital effects or software was used, only gain faders. 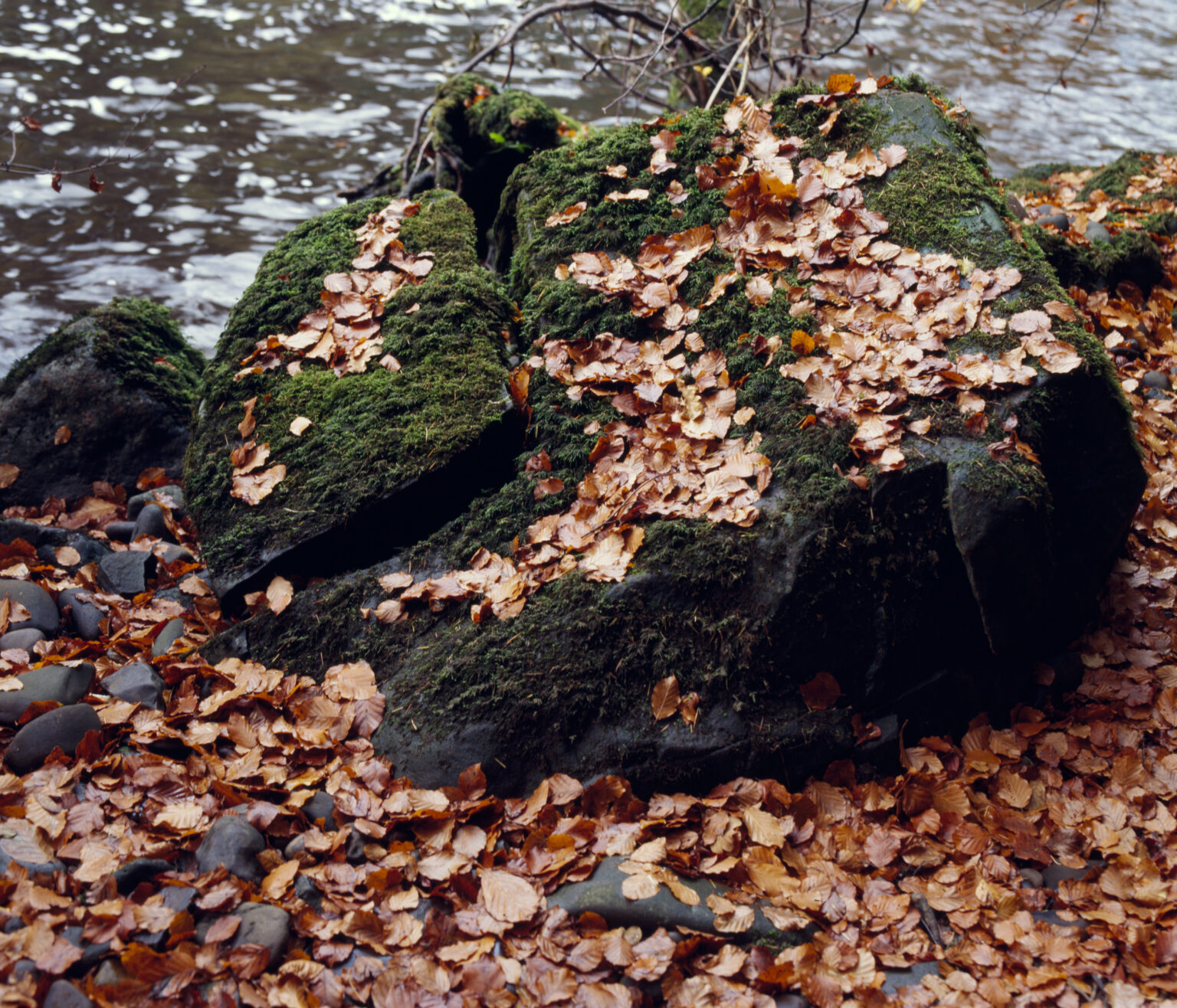 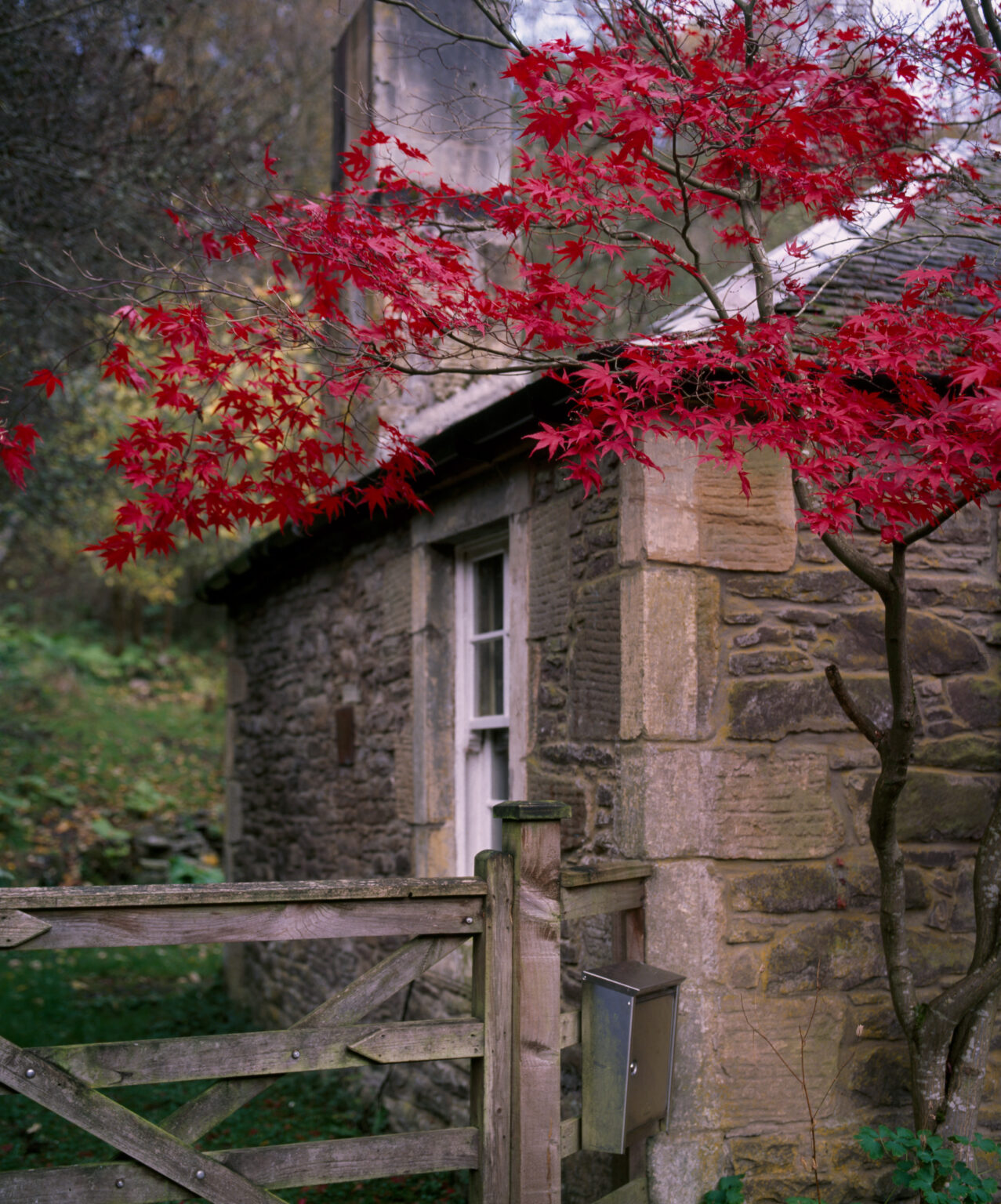 Conceptual radio show using field recordings in a 2-channel mixer as a textural layer over music. 3D video poster made in Blender.

3D Poster
1 of 1
Previous Next
Close