Hannah Roche (she / her) 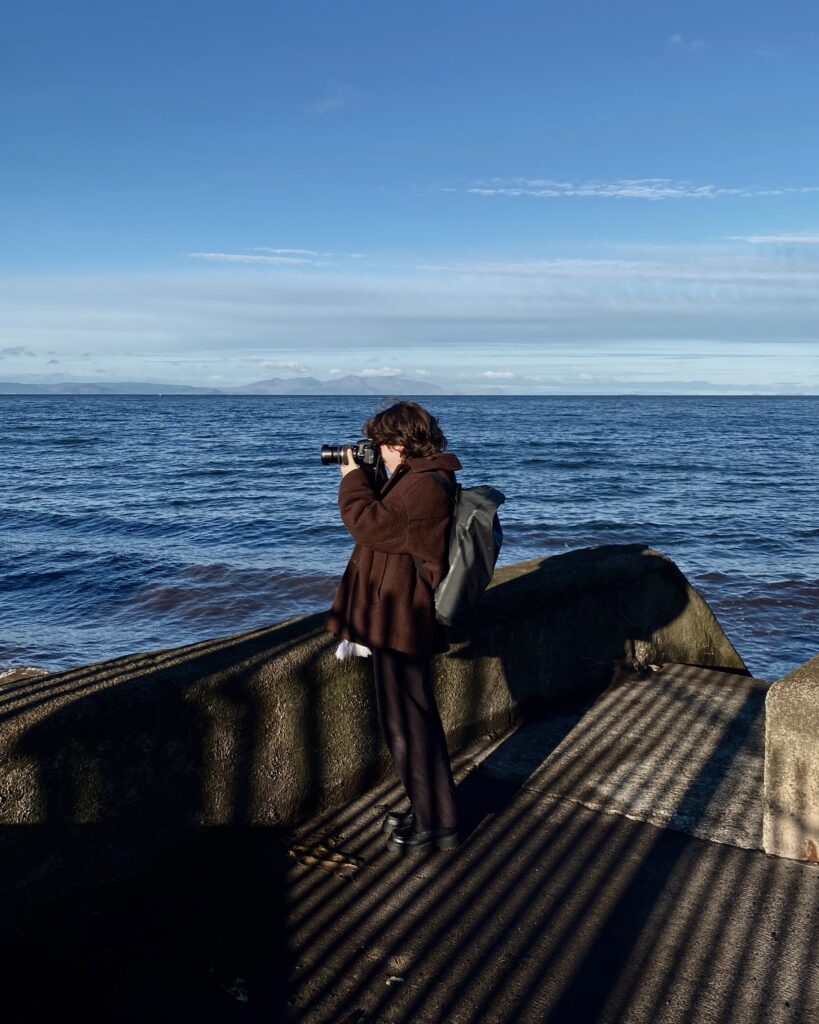 I am a German – Irish designer, researcher and maker. Situated between the speculative and the strategic, I often explore the communication of complex ideas and possible futures. Working within multidisciplinary teams or with communities allows me to use a collective approach – whilst materiality and mapping are crucial in transforming my research and outputs from the theoretical to the tangible.

Thinking critically about the perspectives and perceptions we hold about the world around us is another important part of my practice. With a focus on social justice, environmental challenges and anthropocentrism, I find it critical that we offer up ways in which people can navigate the uncertainty of our world and its future. Though my work is not always solutions-oriented, it is intended to be provocative and educational, moving from fixing to caring, and story-telling to story-making.

Urban Refuge: Extinction and Evolution in a Multispecies World explores the ways in which we inhabit our cities, and forecasts what a future Glasgow might look like. Focusing on our relationship with animals and plants, it re-evaluates anthropocentric dominance through policy, senseware, and mapping. The project centres around a speculative government Act, considering what might happen if Nature was granted constitutional rights in Scotland – and became a refuge for multispecies – in light of climate change and the ongoing sixth mass extinction.

“The fact is that no species has ever had such wholesale control over everything on earth, living or dead, as we now have. That lays upon us, whether we like it or not, an awesome responsibility. In our hands now lies not only our own future, but that of all other living creatures with whom we share the earth.”

Contrary to what biologists have long believed to be true, evolution can now be witnessed within our lifetime. The many adaptations of animals and plants in our cities, both physical and behavioural, should be a wake-up call to all of us. We must rethink our impact on this planet moving forward – not just for ourselves, but for the many other species who will continue to live on it.

Employing speculative design and systems thinking, Urban Refuge begins to explore this societal shift. Visualising the changes that Glasgow has undergone since the introduction of the fictional Multispecies Integration Act of 2030, it proposes how we might end up in this possible future. In 2040, a government-run website (MIM) is developed to calculate the likelihood of successful species integration, providing foresight. A collection of field guides consider that Glasgow will be home to hyperlocal, evolved species by 2070, whilst 2080 sees the 50th anniversary of the pivotal integration Act – imagining a period of reflection and celebration within the city. AI-generated quilts become heirlooms, capturing what the city looks, smells, and sounds like from another species’ perspective.

Ultimately, the project navigates the uncertainty of this hopeful, mutual coexistence, acknowledging the interconnectedness of our world. It challenges the deeply-seated, Western, modernist belief that humans are above nature – reflected in how we exclude or manage animals and plants in our spaces – determining what can and cannot exist. I challenge this separation, returning Homo sapiens to nature instead of them existing in precarious isolation.

The Right to Dwell is the appendix of the 2030 Multispecies Integration Act, speculating what might happen if Glasgow became a refuge for multispecies and granted Nature constitutional rights
2 of 10
Previous Next
Close 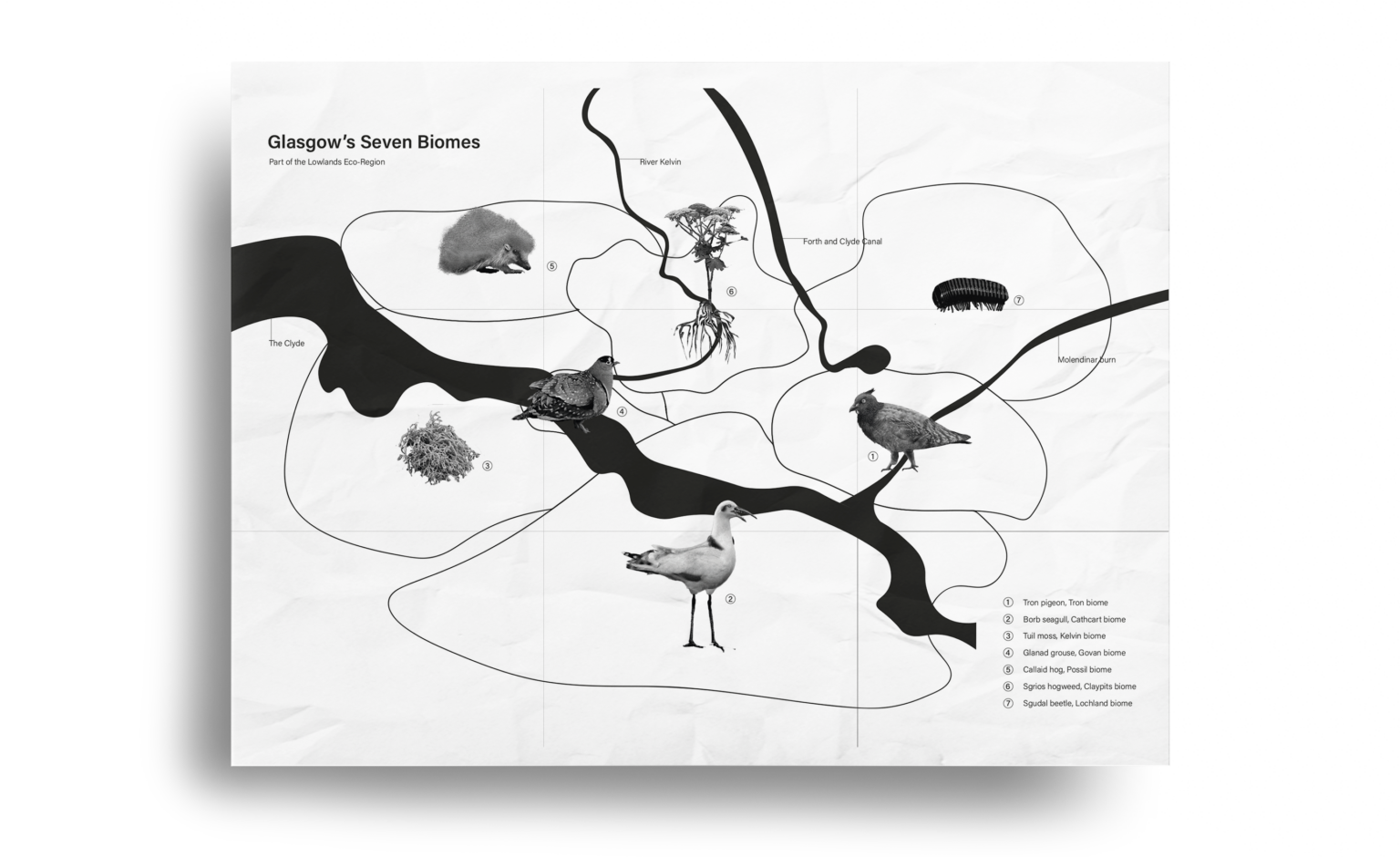 The back of a 2070 field guide, showing how Glasgow's 23 wards have been transformed into 7 biomes, each with an unique evolved being
5 of 10
Previous Next
Close 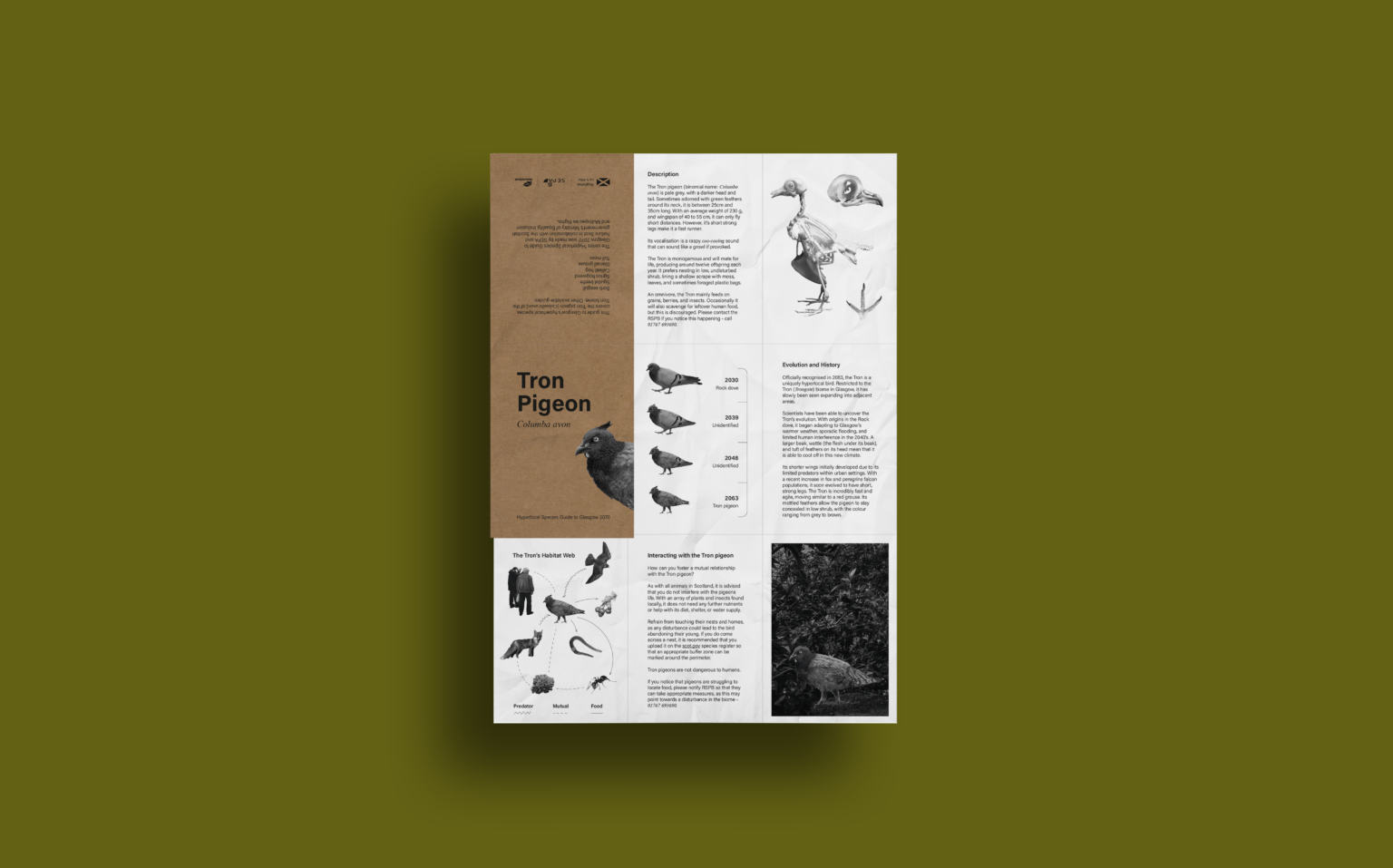 The front of a 2070 field guide to hyperlocal species. This one details the Tron pigeon - an evolved, flightless bird that has adapted to the hotter climate and regular floods within Glasgow
7 of 10
Previous Next
Close 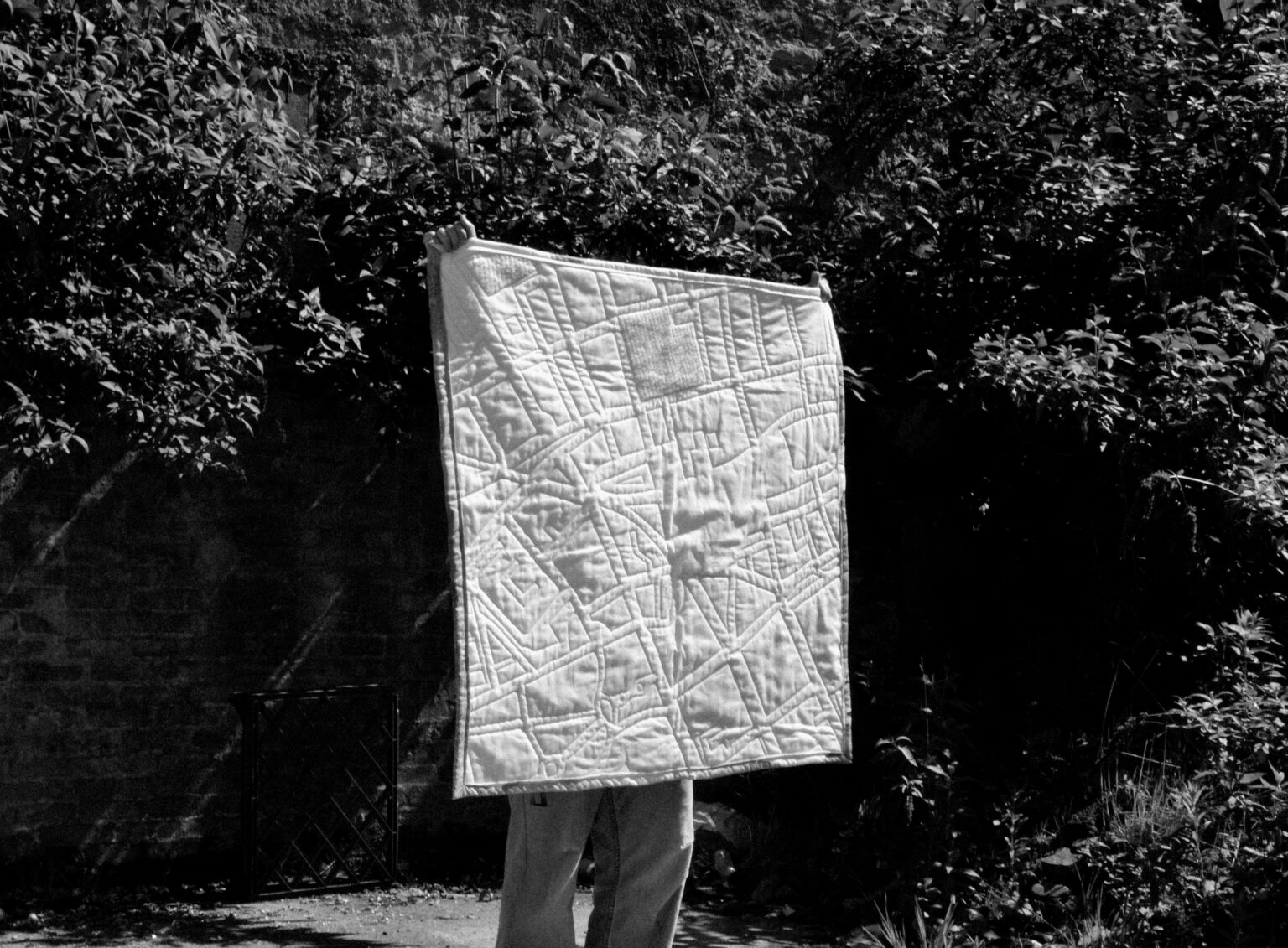 The Life in Motion quilt, connecting Glasgow's cityscape from 2030 and 2080
8 of 10
Previous Next
Close 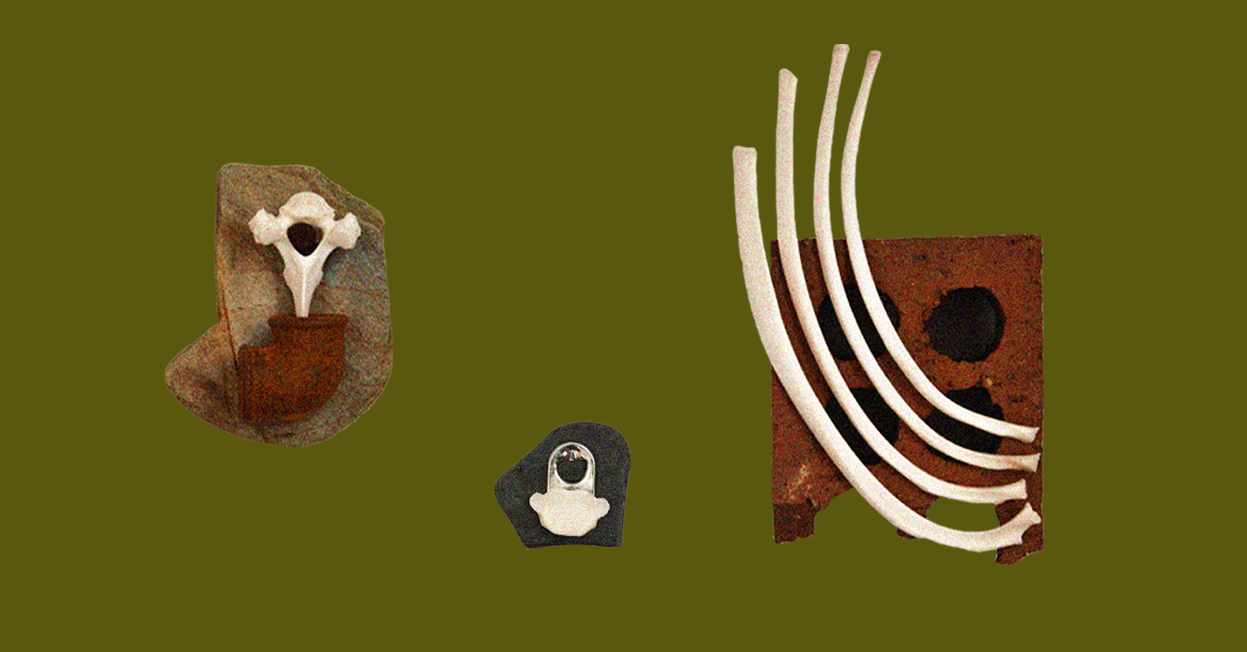 Assorted Díleab - totems created by inhabitants within Glasgow to show their respect towards multispecies. Using foraged items, they seek to challenge the urban-rural and human-nonhuman dichotomy
9 of 10
Previous Next
Close 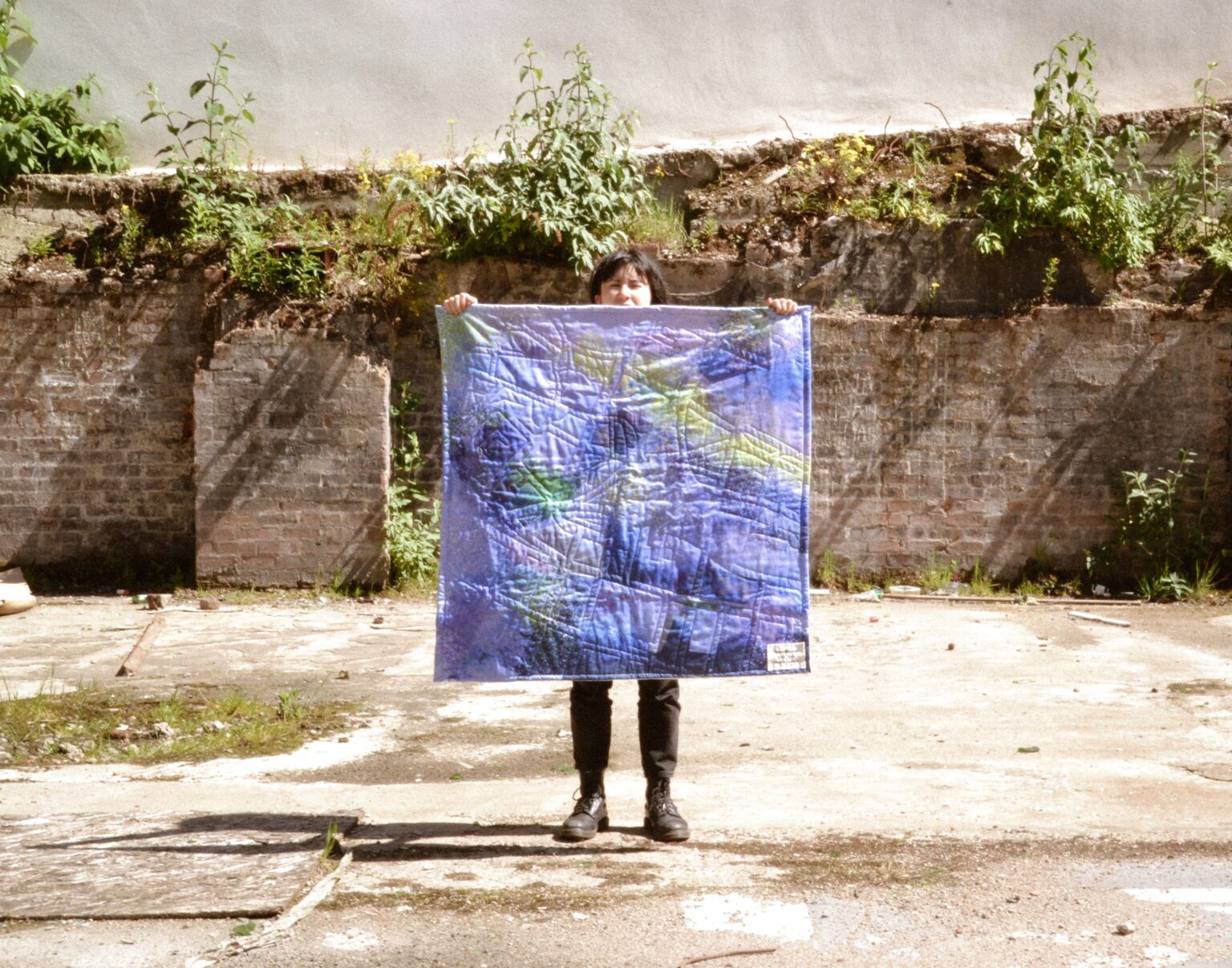 The 2080 side of the Life in Motion quilt views Glasgow through the eyes of multispecies, challenging Homo sapiens perception of the city
10 of 10
Previous Next
Close

Collaborative Futures is an academic project which runs in partnership between the Innovation School at Glasgow School of Art (GSA) and the Centre for Civic Innovation (CCI) at Glasgow City Council over a four-month period. This project forms a significant part of the Masters of European (MEDes) final year of study at GSA, together with graduates of the Innovation School’s M.Des program, and is the third iteration of Collaborative Futures with CCI as the project partner.

This year’s brief Glasgow’s Food Futures: Neighbourhoods of Innovation 2031 asked the project team to explore the Glasgow food system and the ways in which it impacts both people and place in order to help inform new social innovations for the city. At its core, the project was an exploration of social innovation and speculative futures, storytelling as a means to communicate ideas and invite collaboration.

Our collaborative approach used a bespoke co-production strategy to engage with diverse stakeholders including our partners at CCI and Glasgow Council, academics, experts, civic stakeholders, local growers, producers and citizens. Through exploration, we identified new opportunities for Glasgow’s future that seek to augment abundance, equity, identity, dignity and choice. Our future vision sets out opportunities for devolved and decentralised civic power, using neighbourhood strategies to engage under-served communities so that all may be given a seat at the table.

“If we give citizens a voice to enable them to create an environment they love, respect and care for, together – are we not building creative, successful, respectful citizens for the future?”

Professing Practice is a collaboration between the Glasgow School of Art and the Glasgow Clyde College Associate Student Scheme, which aims to widen access for Scottish-domiciled students and provide equal opportunities for college students. The progression manager Elizabeth Beidler worked together with this year’s MEDes students to introduce students to the GSA.

The project allows the MEDes students to explore teaching and educational theory by delivering two workshops to students from the HNC Art and Design course – a generalist programme comparable to the first year of art school. These meetings were meant to support the College students in their application to the Glasgow School of Art.

The first workshop focused on getting to know the students and their needs. Through a series of activities, they explored their personal interest in art and design and shared what they wanted to learn, combining a quiz with the medium of collage. The second workshop aimed at building the student’s confidence, showing them the value of reflection, collaboration, and the articulation of a body of work. Overall, both sessions encouraged the students to explore new territories of creation and helped them feel more secure in the design process. By having the right amount of support and encouraging personal and collective reflection, the students were able to navigate within the “chaos” of the design process – transforming discomfort to comfort.

“Amandine and Hannah encouraged and inspired a small group of rather reserved associate students through the challenging medium of Zoom. The participants actively engaged with activities that were creative, challenging and thoughtfully designed. Having such crucial art school skills introduced by students is a brilliant opportunity for this group of prospective GSA students. This project continues to be a highlight of the associate scheme.”