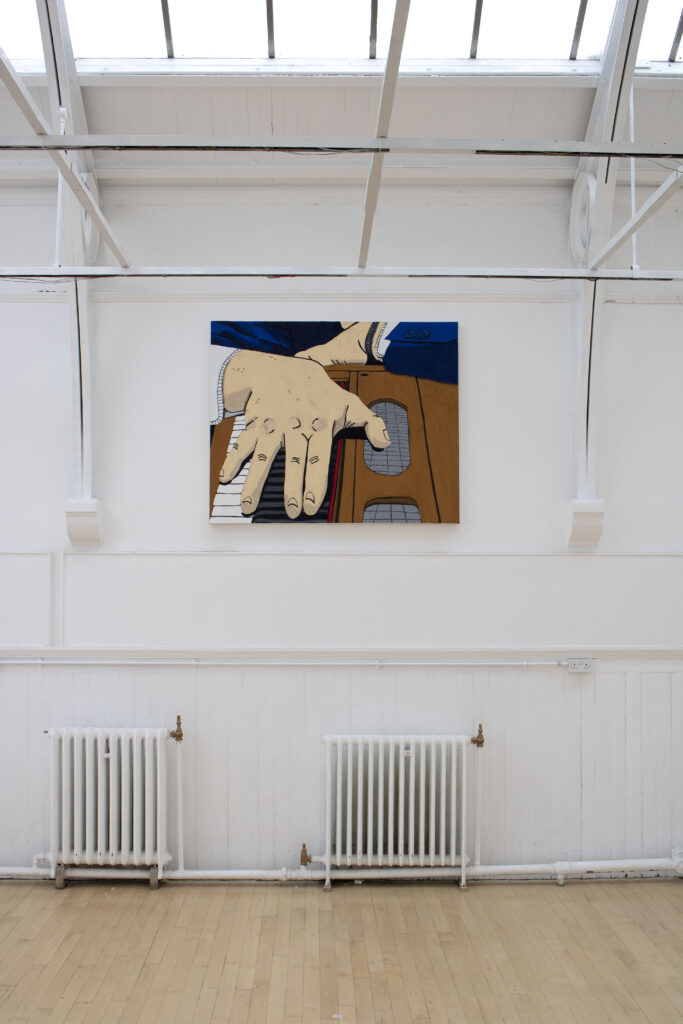 Hannah Wilson (b.1995, Milton Keynes) is an artist currently based in Glasgow, Scotland. Wilson previously received their BA in Fine Art from Goldsmiths University of London in 2016, and was awarded the Warden’s Purchase Prize. They have continued to exhibit both across the UK and internationally, including solo show Repeat Viewer at Moosey Gallery in 2021.

In Wilson’s paintings of film-stills, figures take up space on the canvas through an often uncomfortable method of cropping. Leaving things out of frame, small details come to the forefront so what remains holds weight. These moments are animated and hint at rich worlds beyond an initial reading – using paint as a way to capture sensation, both in the physical rendering of the material and the potential for an image to stir deep-seated emotions in the viewer. Wilson’s most recent works are interested in portraying monolithic male characters, leaning into the interplay of stoic weight and awkward vulnerability through careful composition and application of paint. 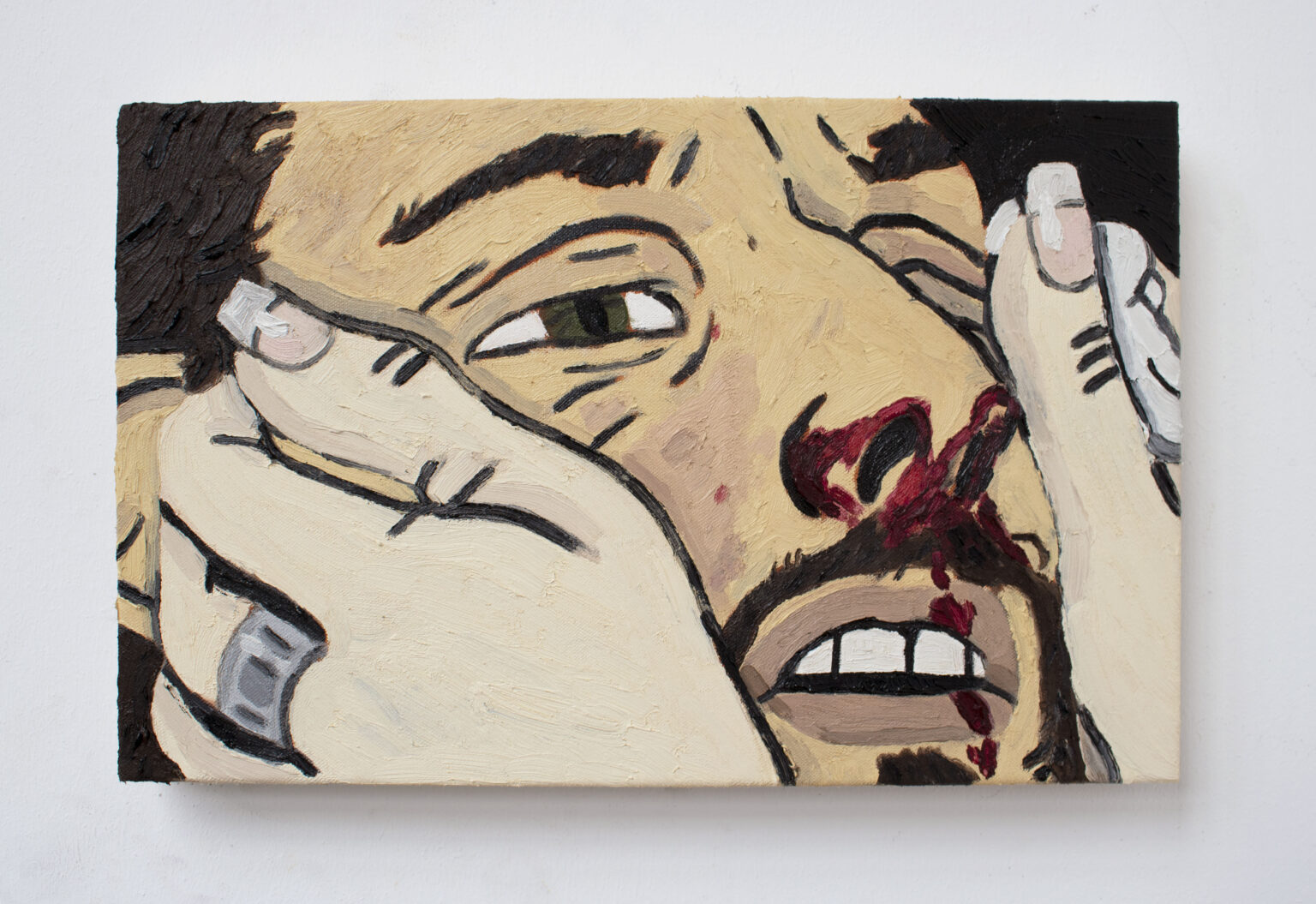 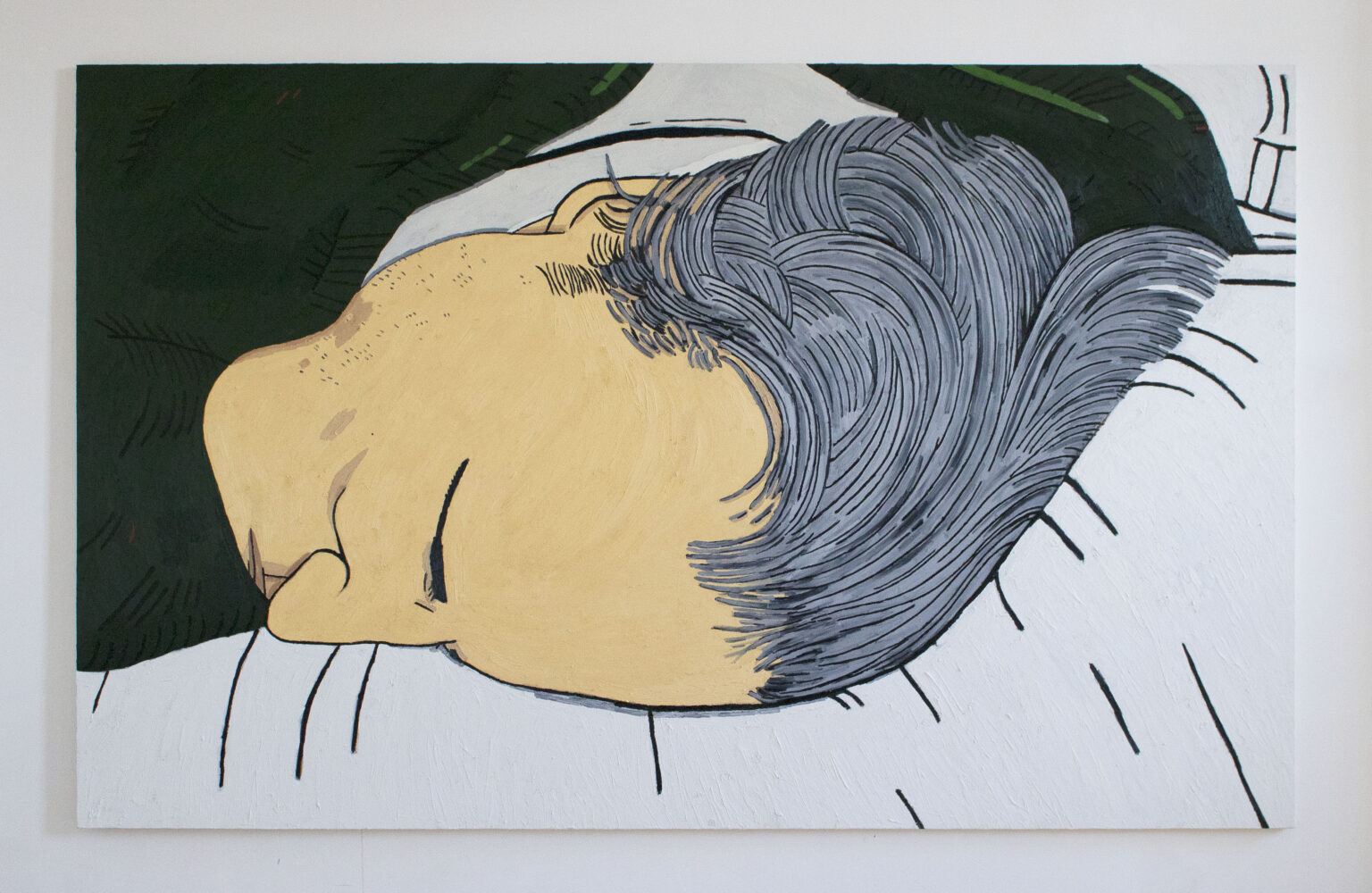 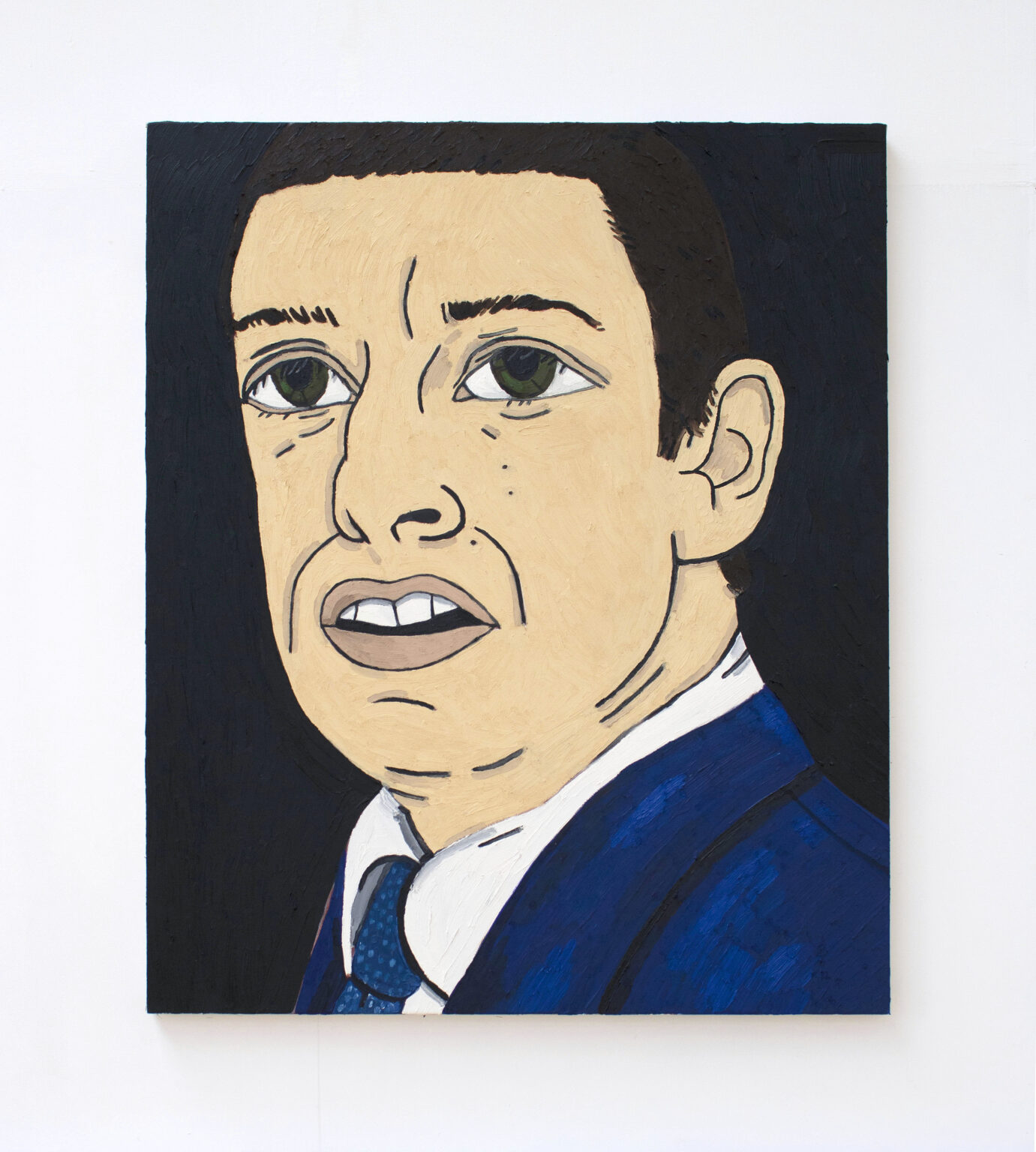 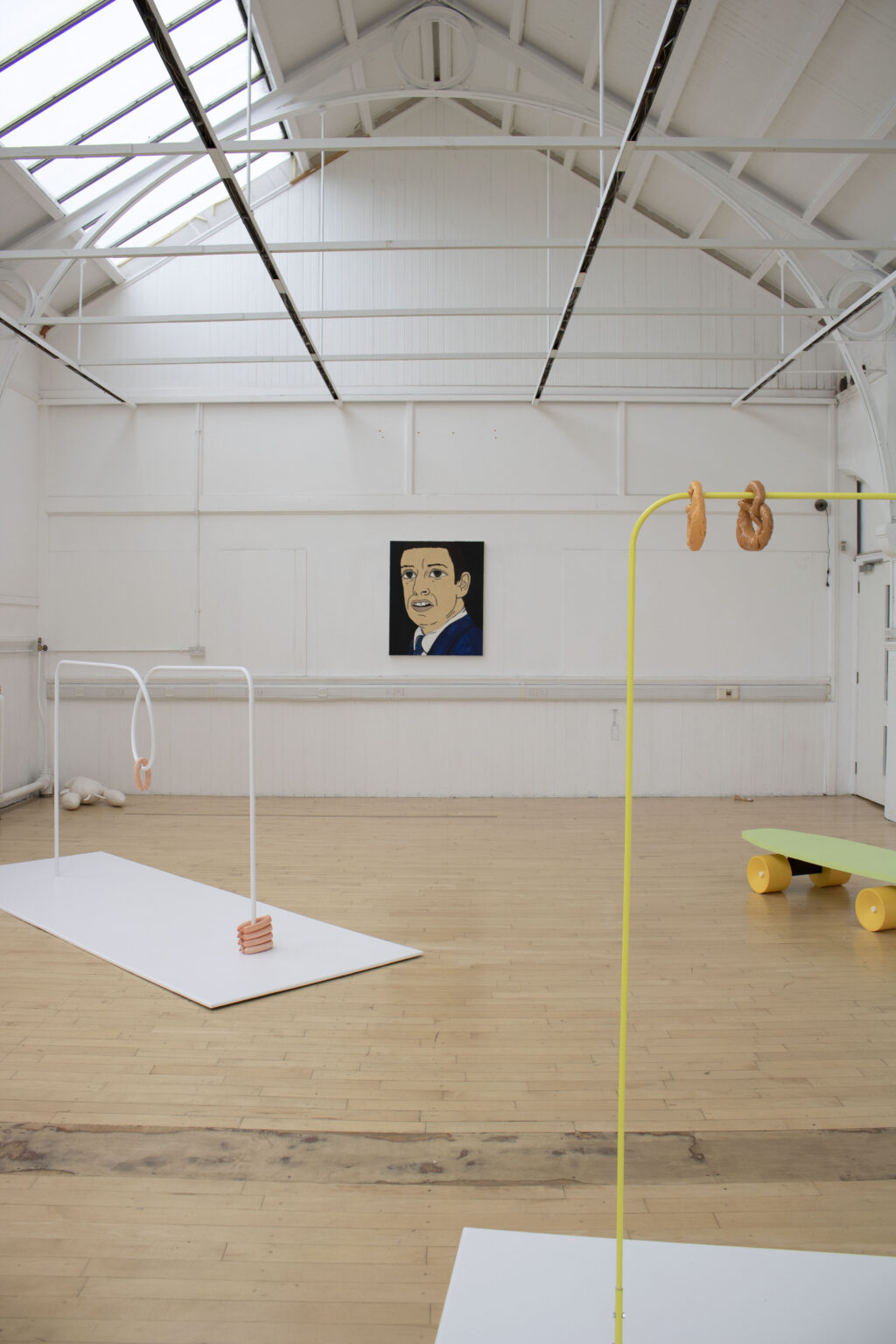 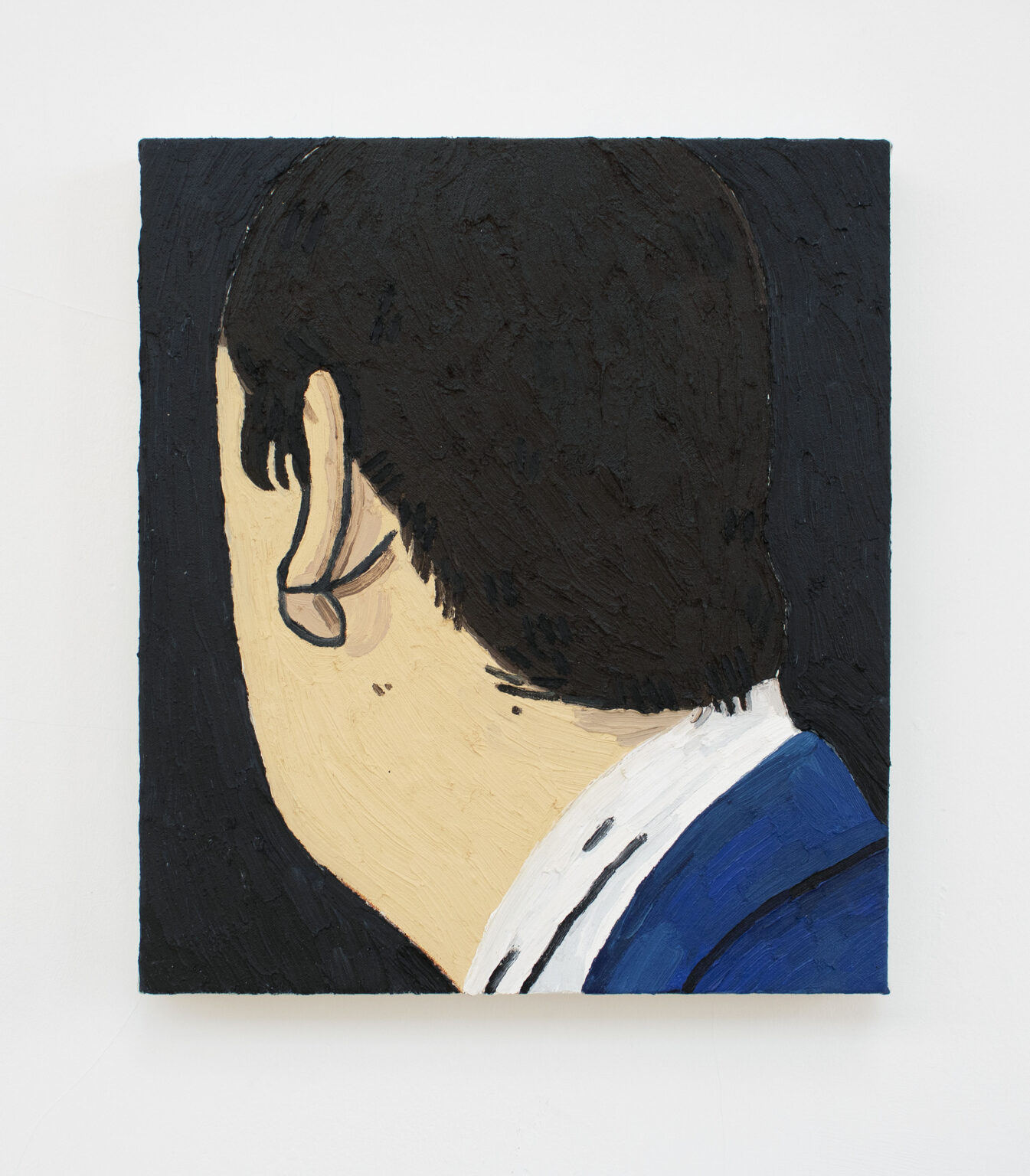 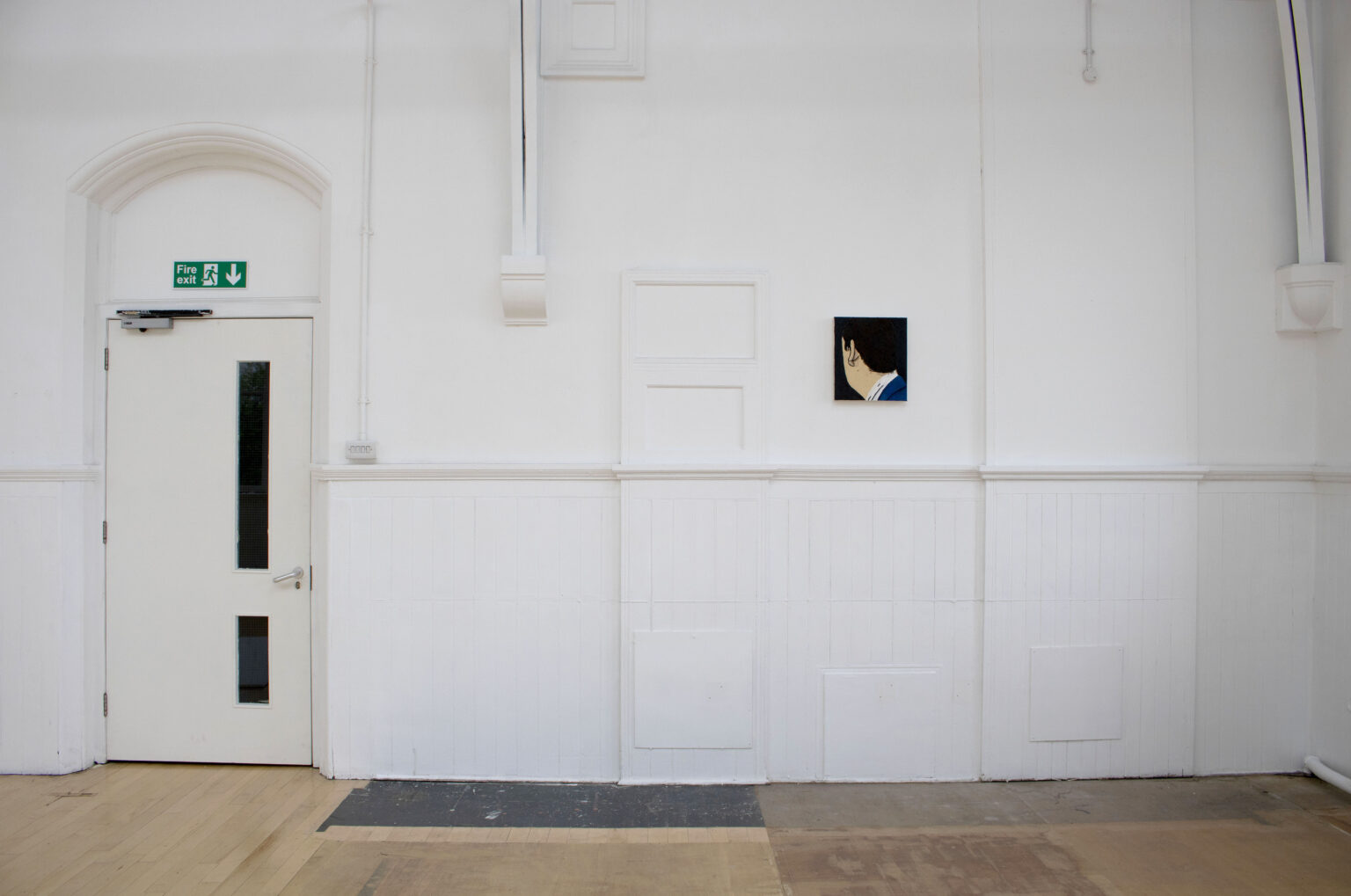 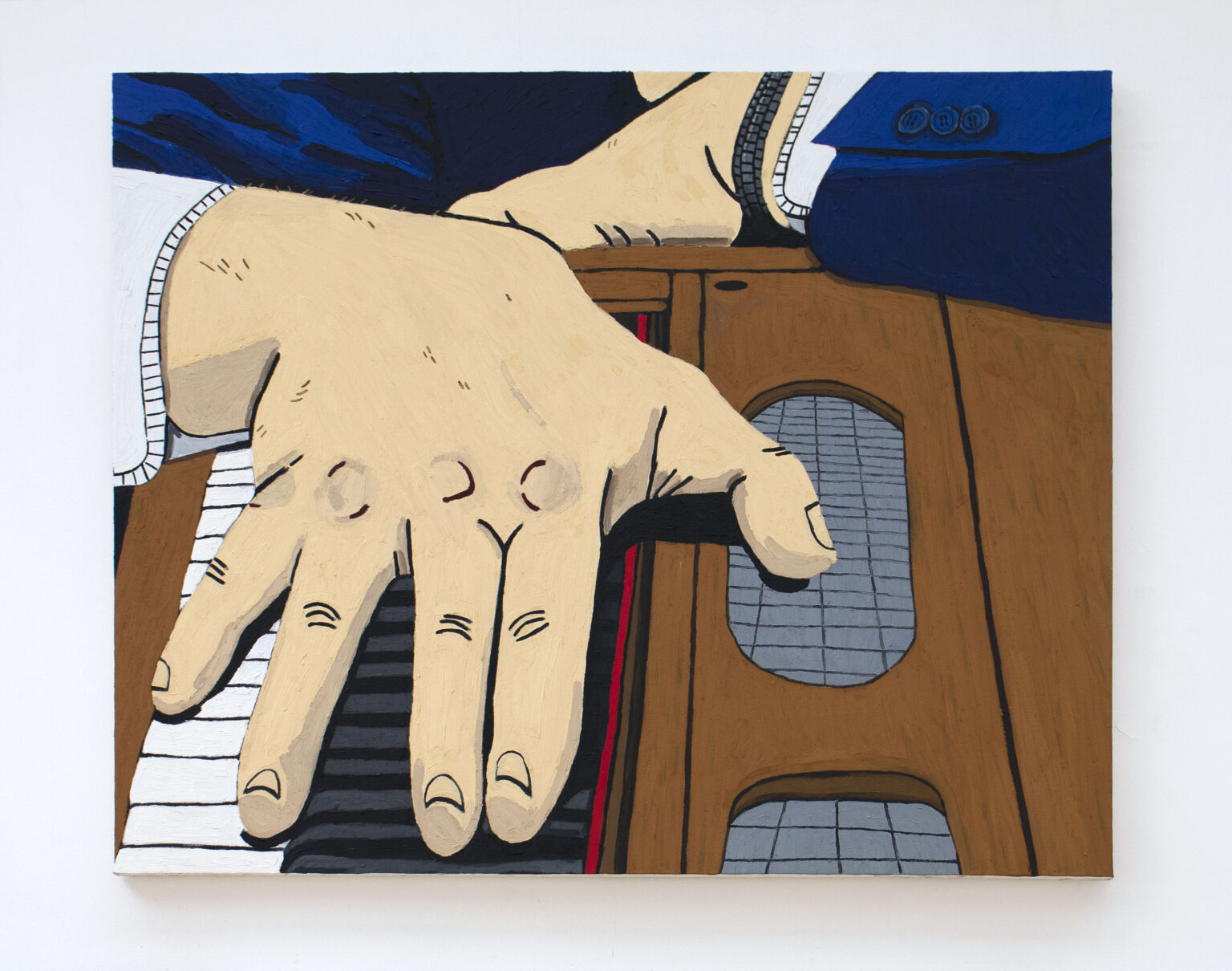 I Found a Green One 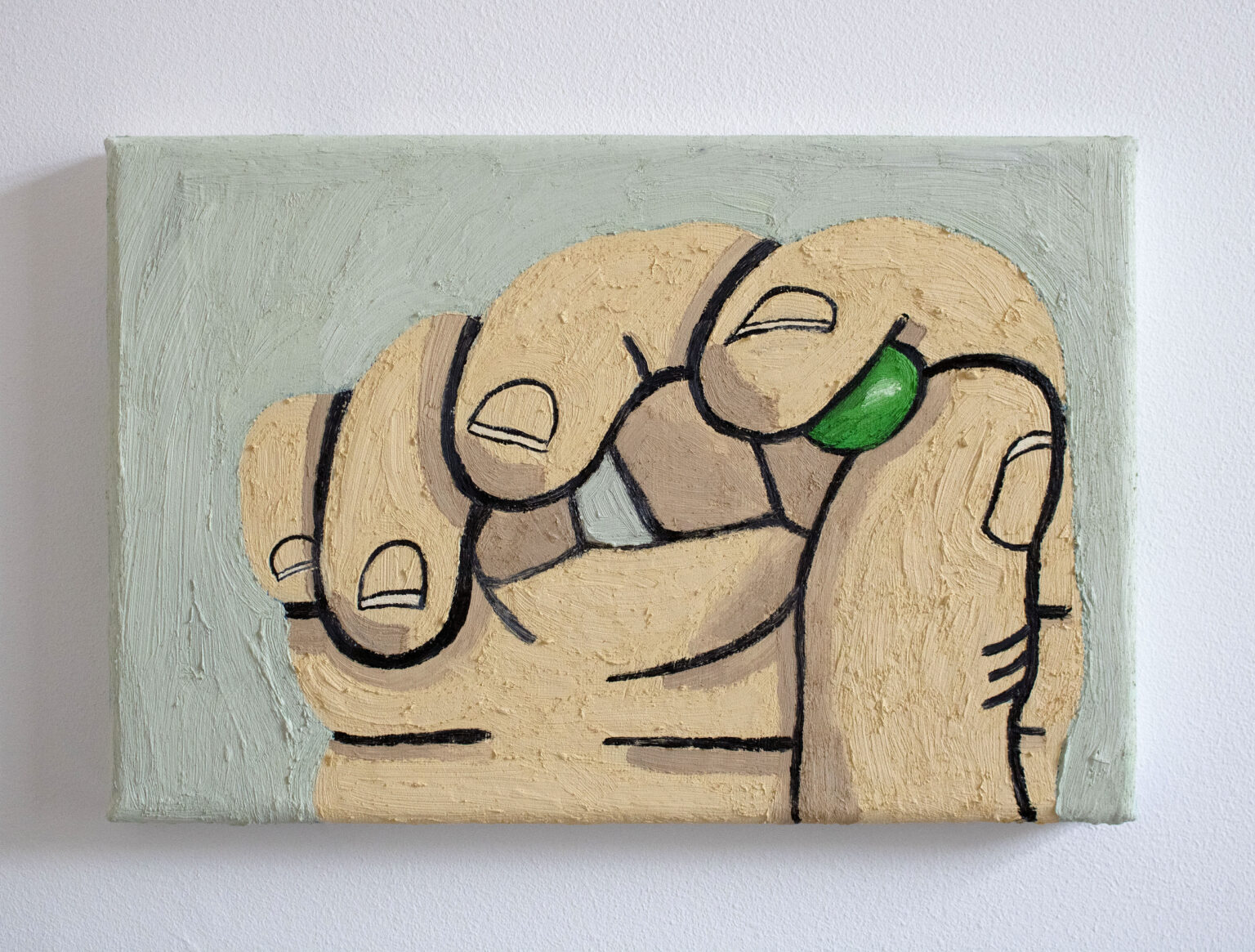 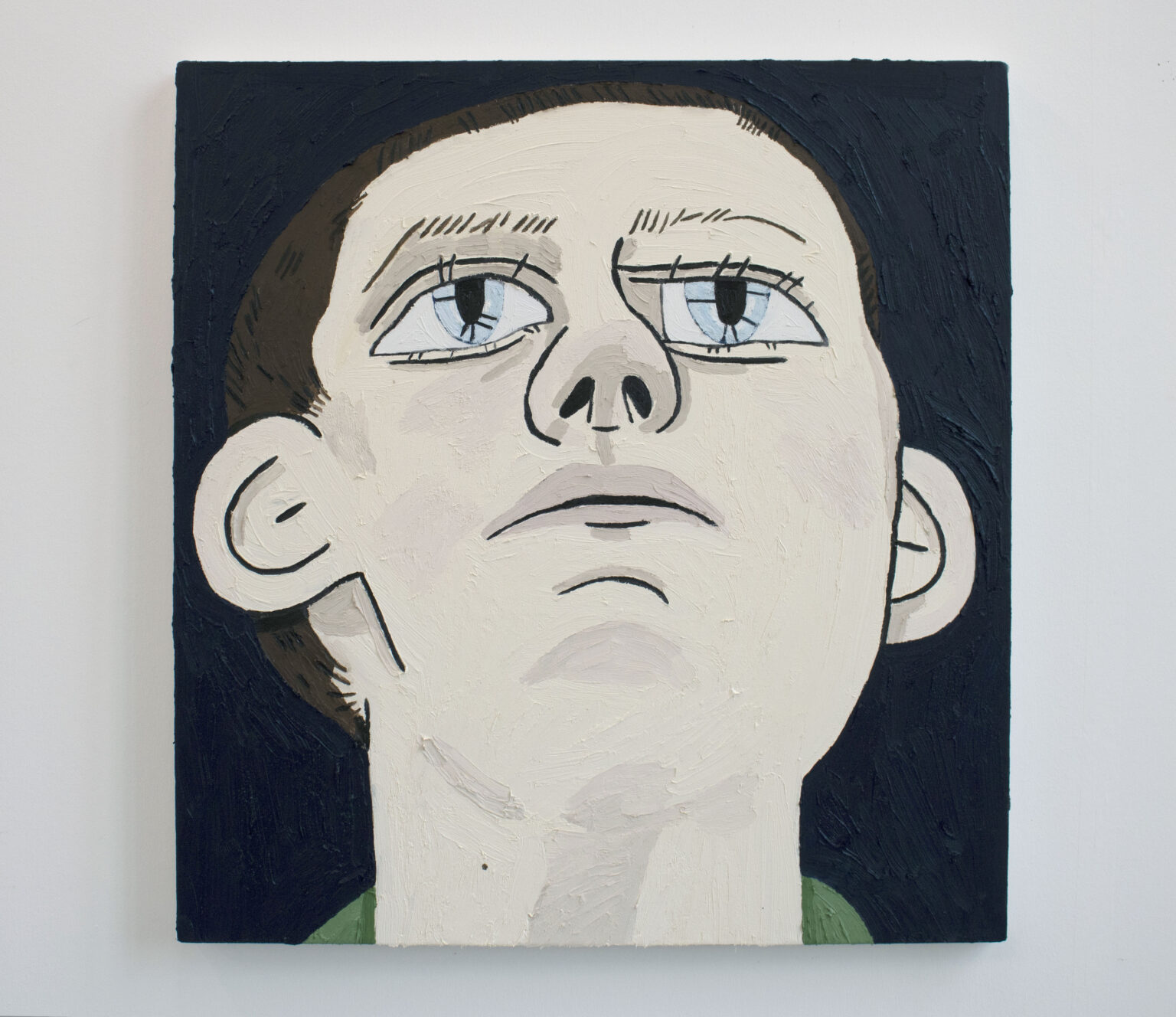