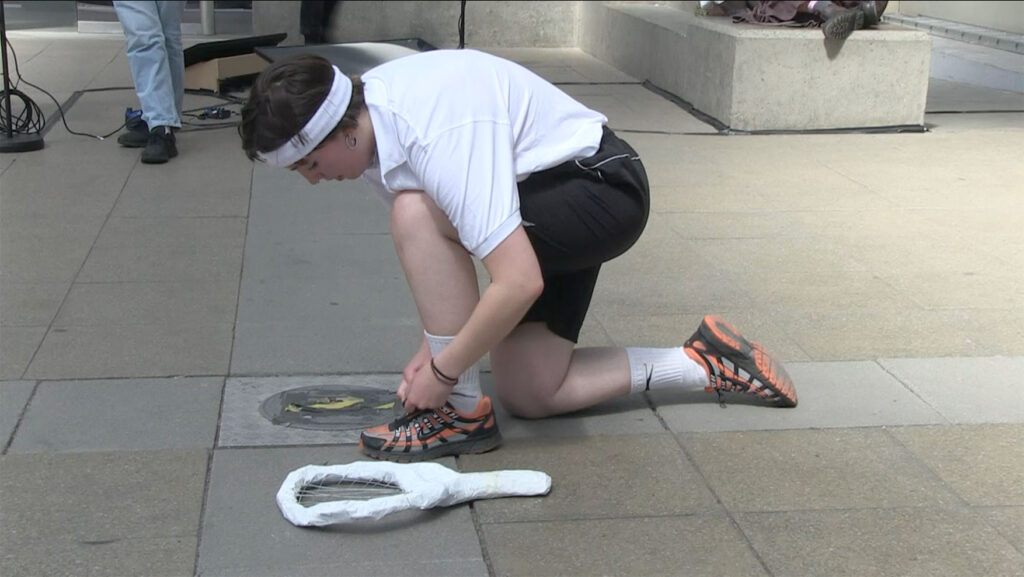 Informed by my love-hate relationship with British identity, my work aims to caricature the landscape of contemporary society. I draw upon familiar, everyday rituals and objects that are recognisable from all corners of British society which I isolate in their simplicity and theatricality, presenting them as iconography.

I am currently interested in the role sports plays as a theatre of the absurd and a spectre of nationalism, using a simple game of tennis as a structure within which to investigate ideas surrounding play, applause and patriotism, seeking to pervert everyday behaviours out of context. I consider binaries within society, often exploring gender through masculine and feminine polarisations and identities, reflected in the consistent casting of female performers framed within a sports context, male voices voyeuristic in their commentary.

Working across the mediums of sculpture and performance I use the video camera, costumes, props and drawing to find form in relation to a particular site. I utilise the different formats of both live and recorded performance practice; the relationship between live and recorded, improvised and directed, image and sound synchronicity, and the interplay between these elements is central to my practice. 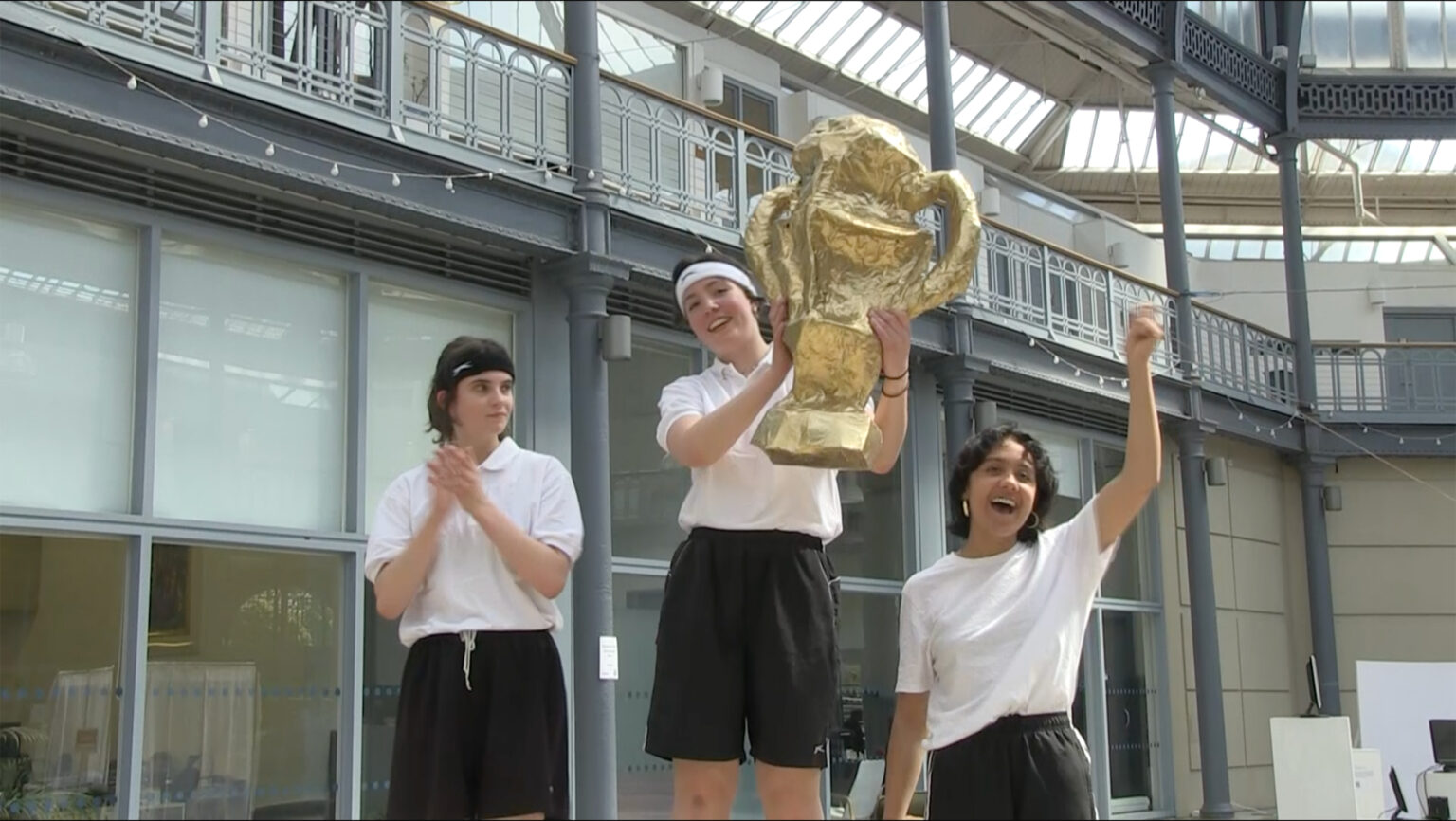 Hit Me Harder: The Final 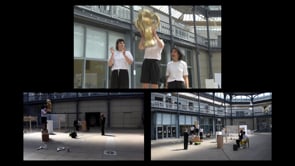 10min48 live performance with sound and video at the Briggait as part of 'The Alternative Degree Show'. Thank you to Rhian Lloyd, Maria Domingue, Alex Warner, JJ, Dominic Cooper, Amy Strzoda and Liv Fox for their involvement in the live performance. 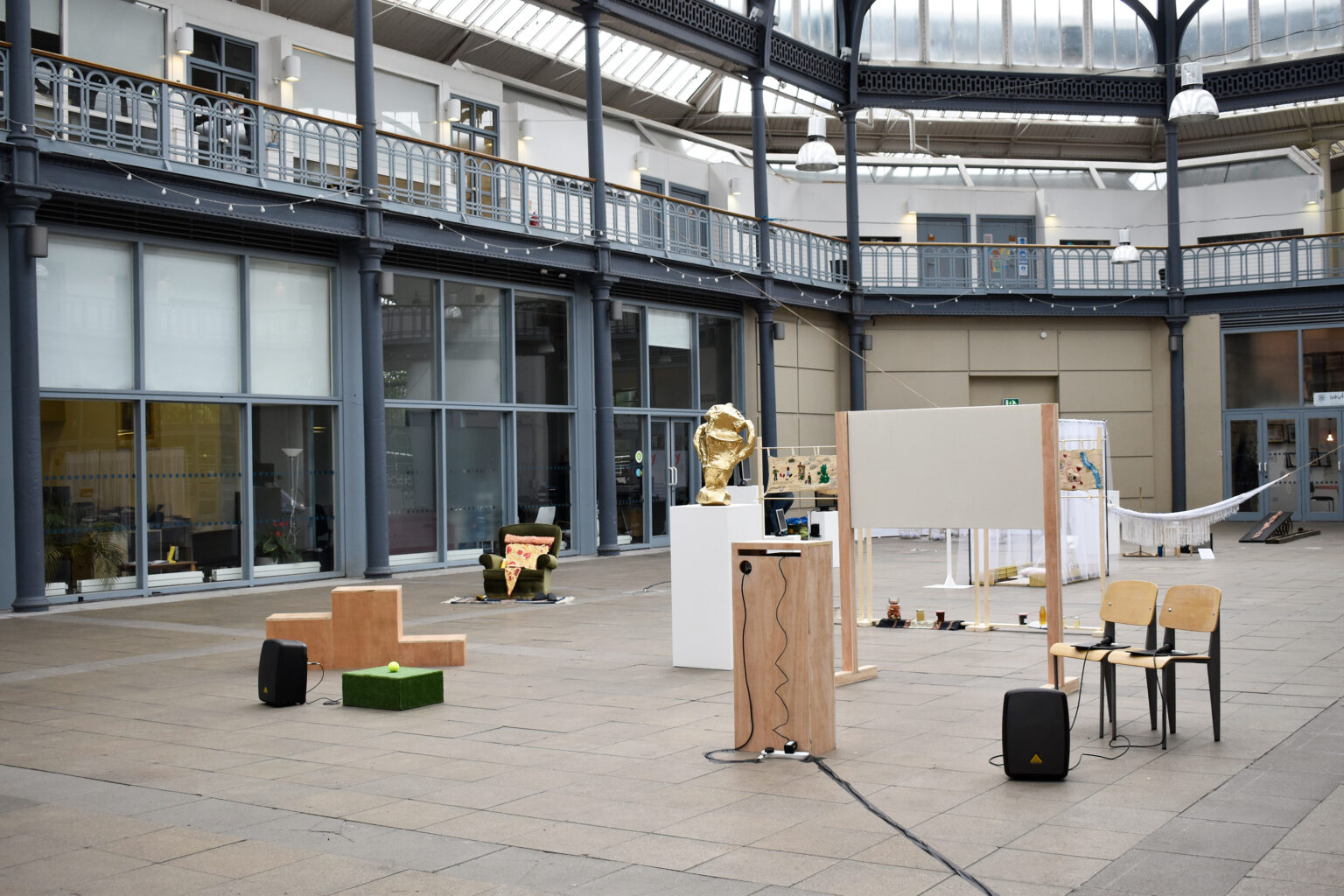 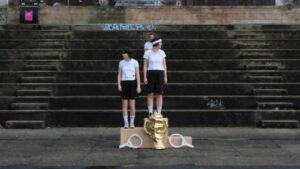 8min34 video of performance with sound at the Clydeside Amphitheatre 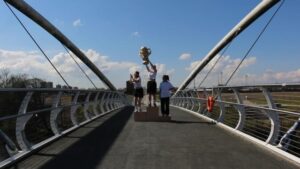