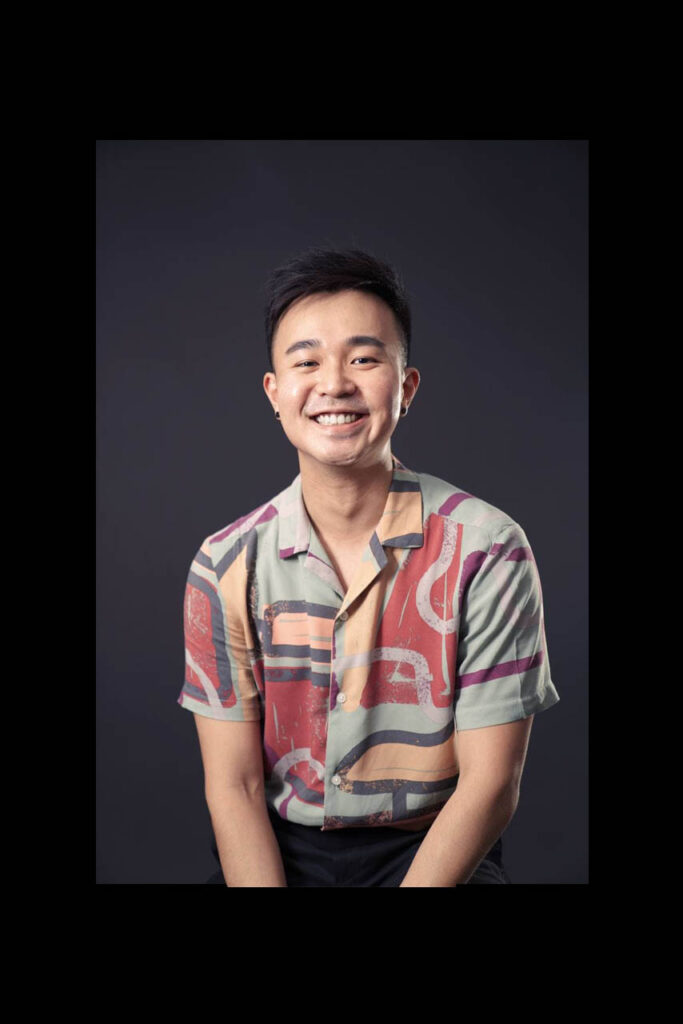 I relish the experiences of trying out different things in life and viewing ideas from different perspectives.

In the year 2053, an unknown virus has spread throughout the world. In a desperate attempt to stop the spread and death toll in Singapore, complete lockdowns in homes are implemented to stop the spread of the virus. Along with the huge technological advancements in recent years, the rising demand for energy has exponentially increased. The impact of the pandemic has caused a surge in the energy demand from an increased reliance on technology to cope with the pandemic.

With the revolution of the food industry, food can be easily and quickly grown in labs. Food shortage is no longer an issue. Basic necessities would be delivered through drones that ensure contactless delivery, which brings about instant gratification through quick delivery. Individuals in lockdown will have to stay home and work for food and electricity. Their homes will be powered by the energy they generate from daily scheduled cycling that replaces work. This ensures individuals remain physically fit and healthy as well. Individuals are only allowed to leave their homes under very specific circumstances.

Individuals will be incentivized to monitor one another to deter crime and ensure nobody flouts the rules. The time spent surveying others would be rewarded with the time that one can spend online to interact with others. This system ensures the safety of the residents in their homes through the constant monitoring of their activity and health. Anyone caught attempting to break the rules will be swiftly apprehended and sent to reformation camps. Newly infected individuals are immediately sent to isolated facilities for research and testing for a cure.

This newly established world in 2053 has completely dehumanized individuals.

With increasing surveillance and technology in our modern society, are we already losing our individual identities? 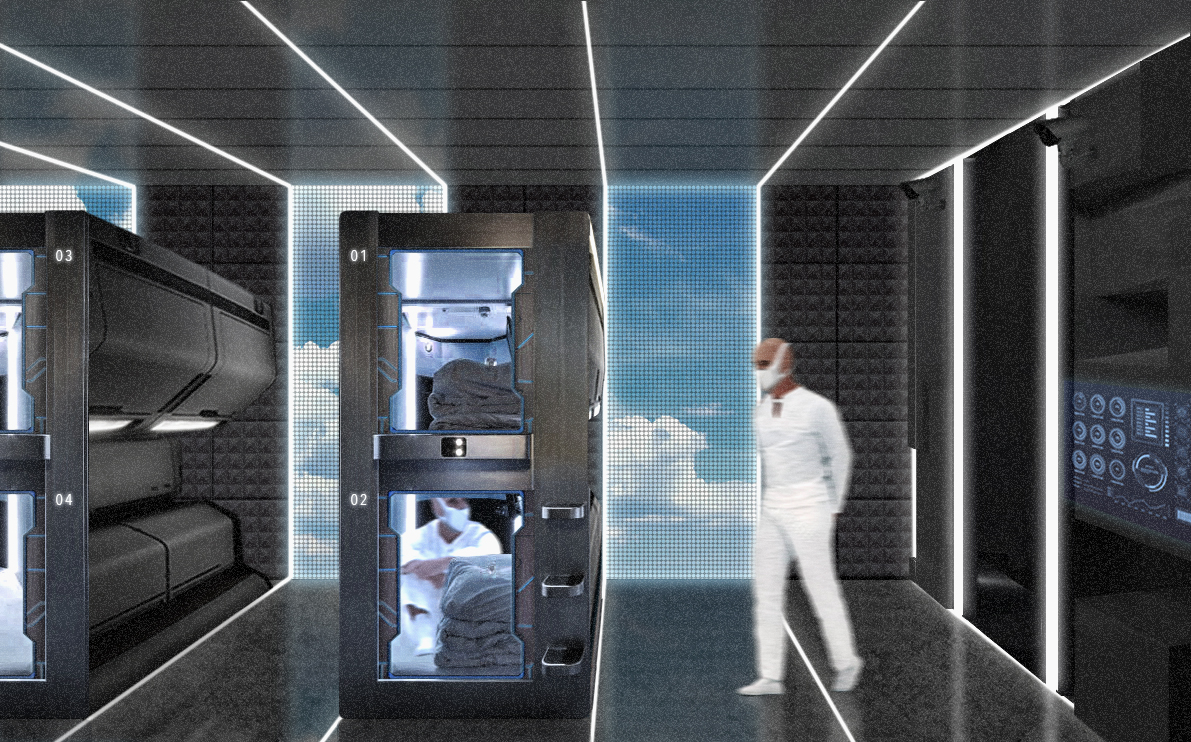 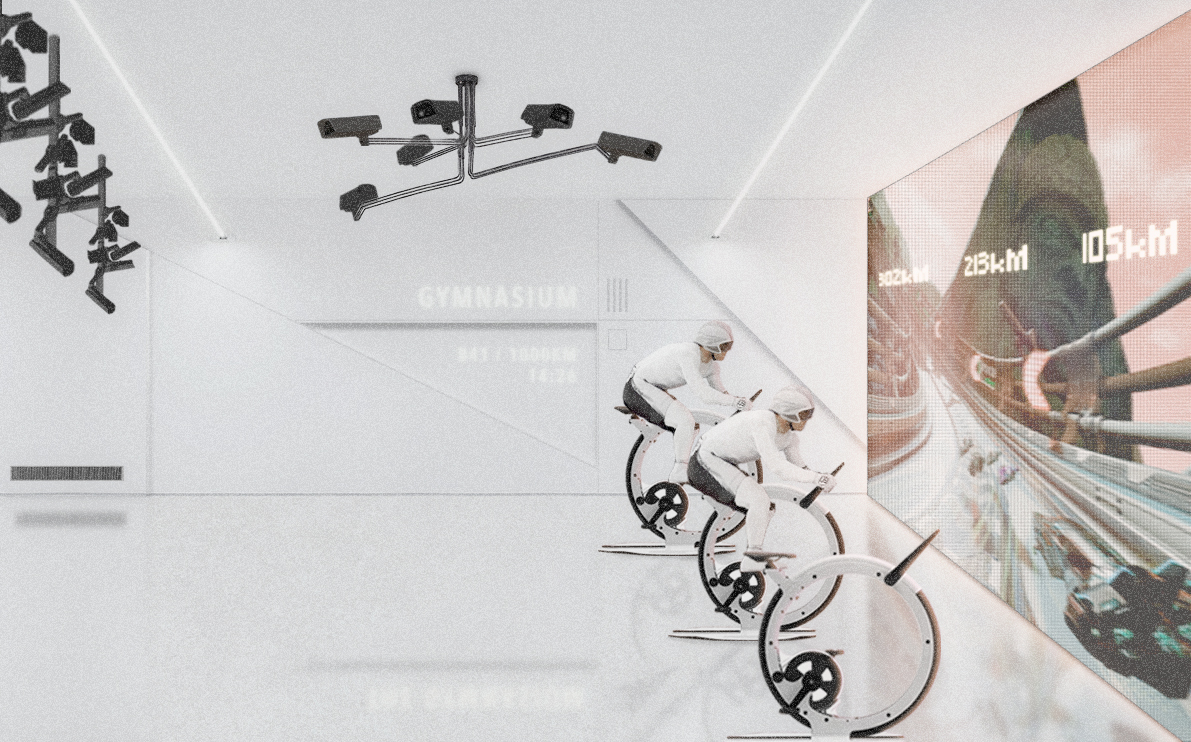 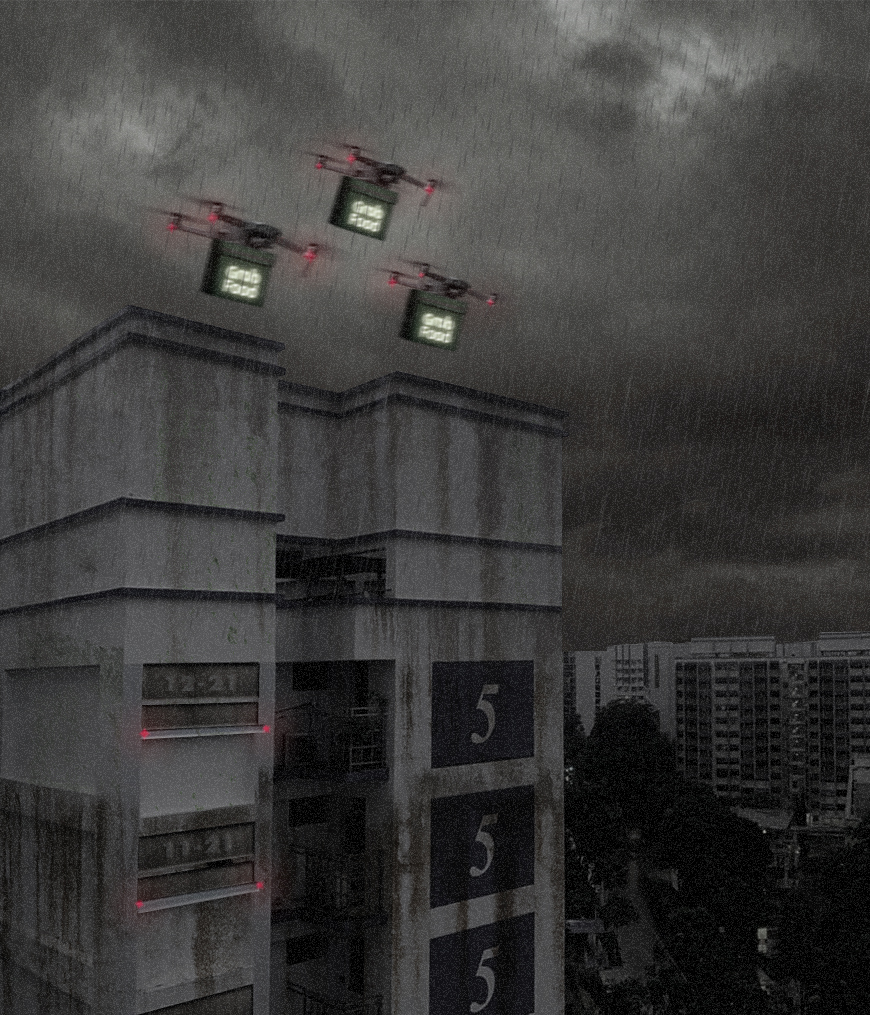 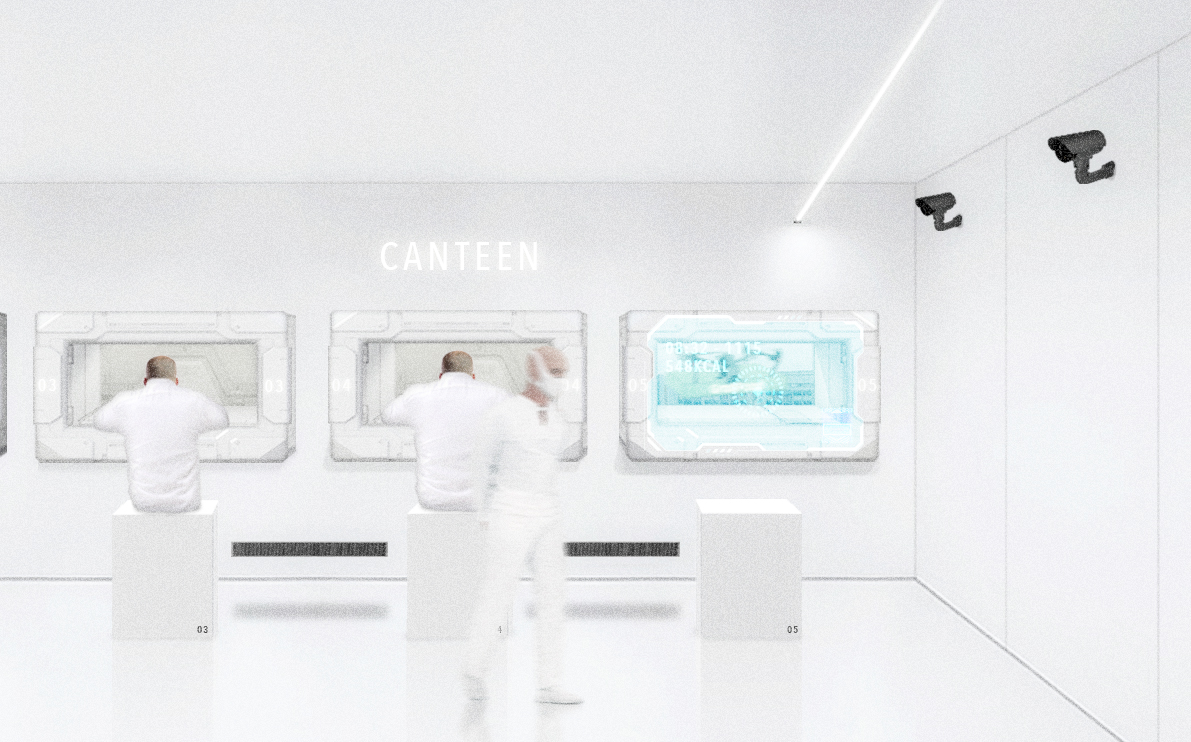 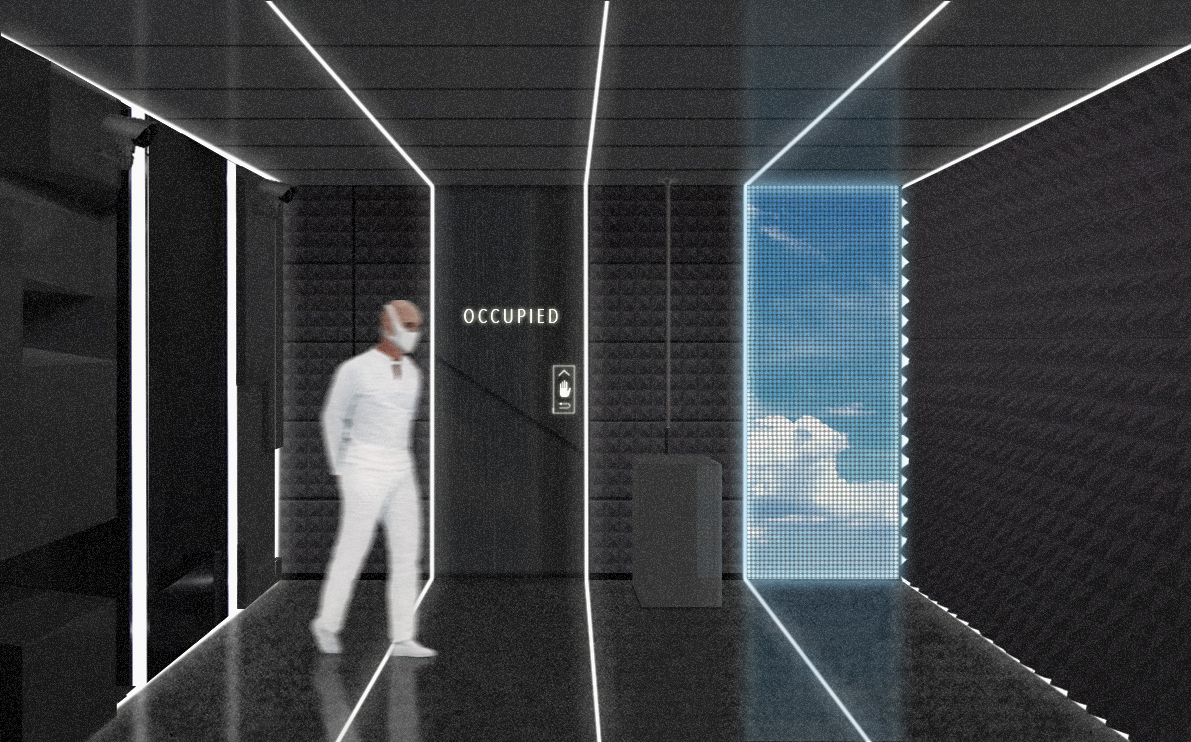 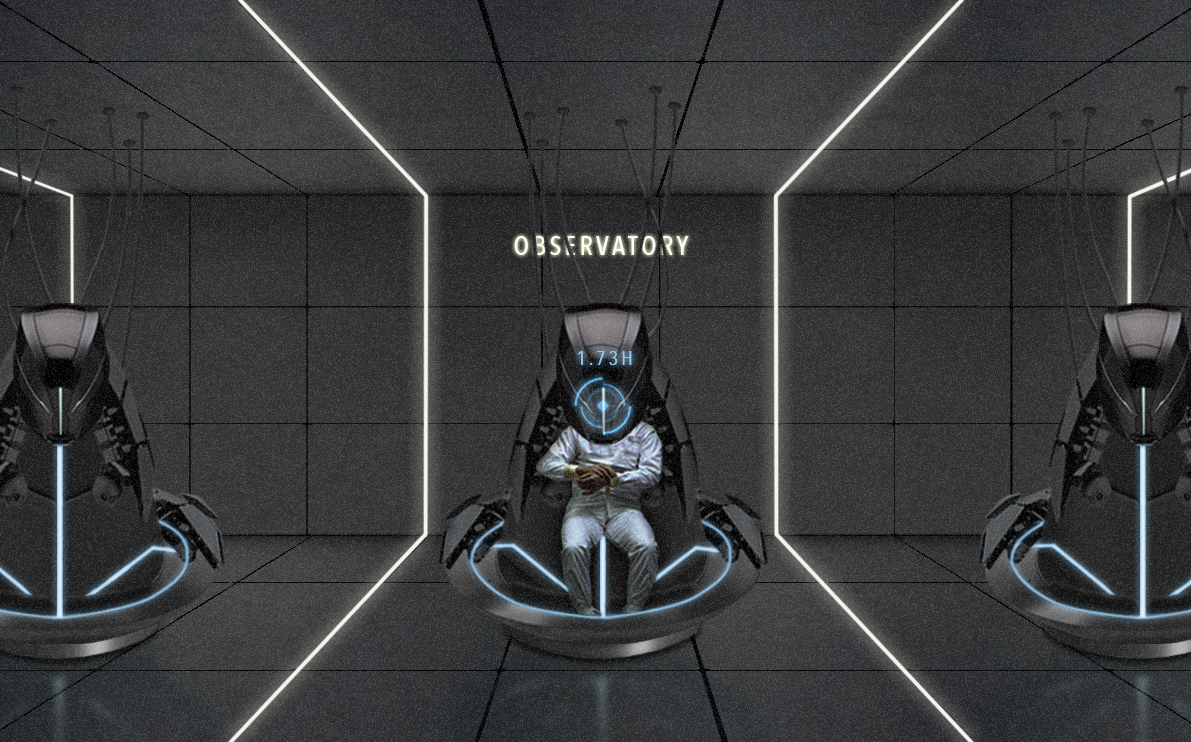 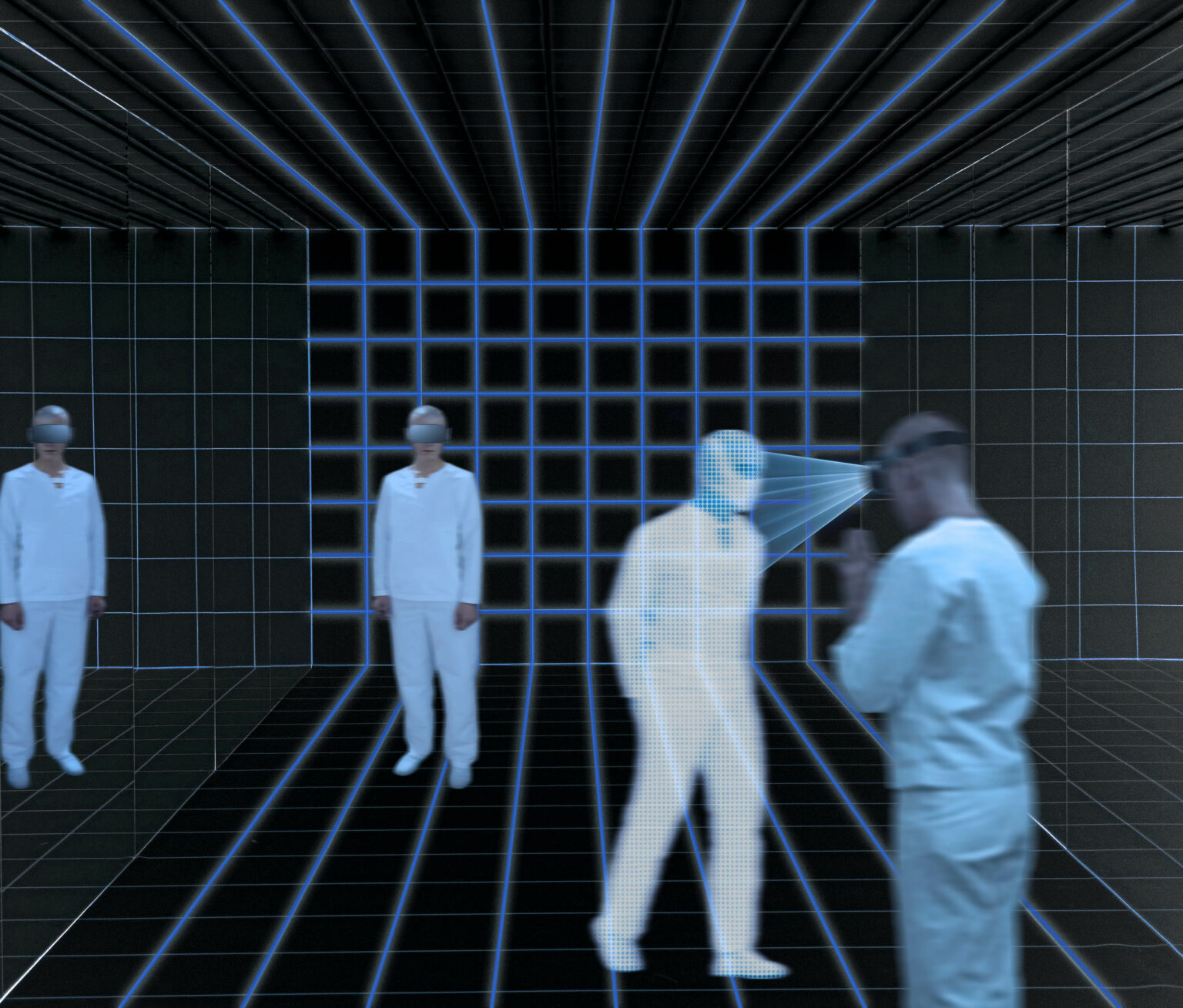 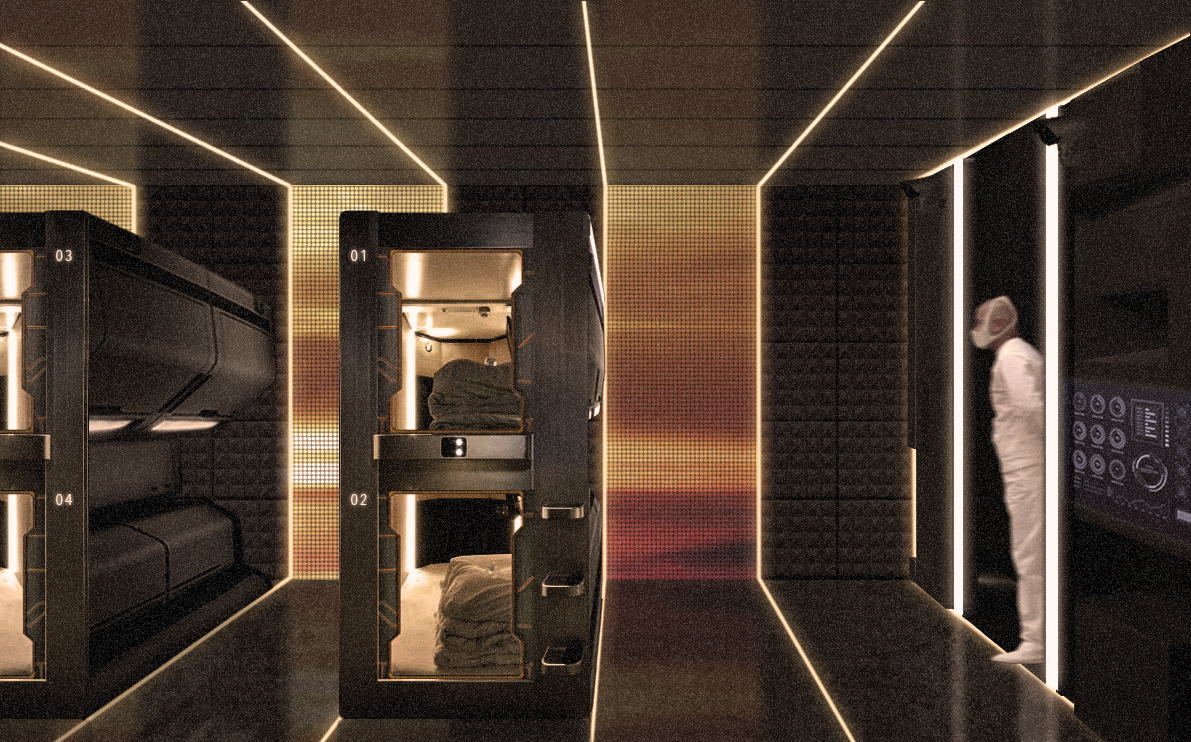 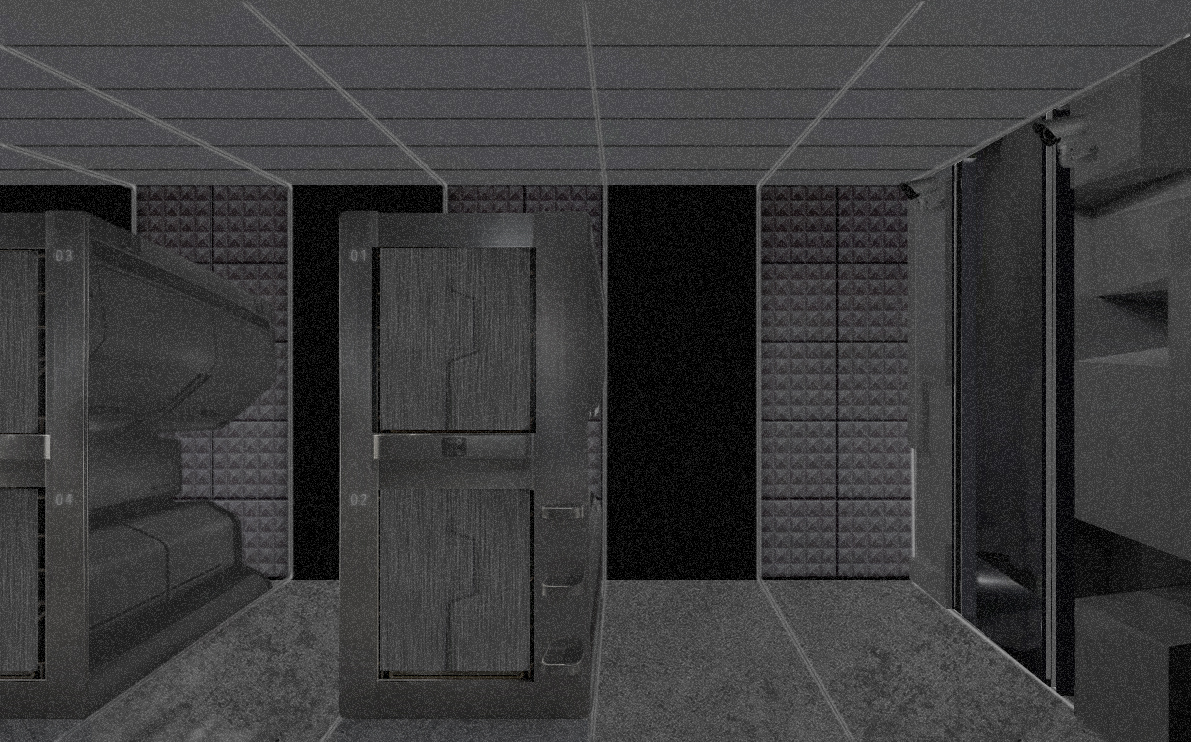 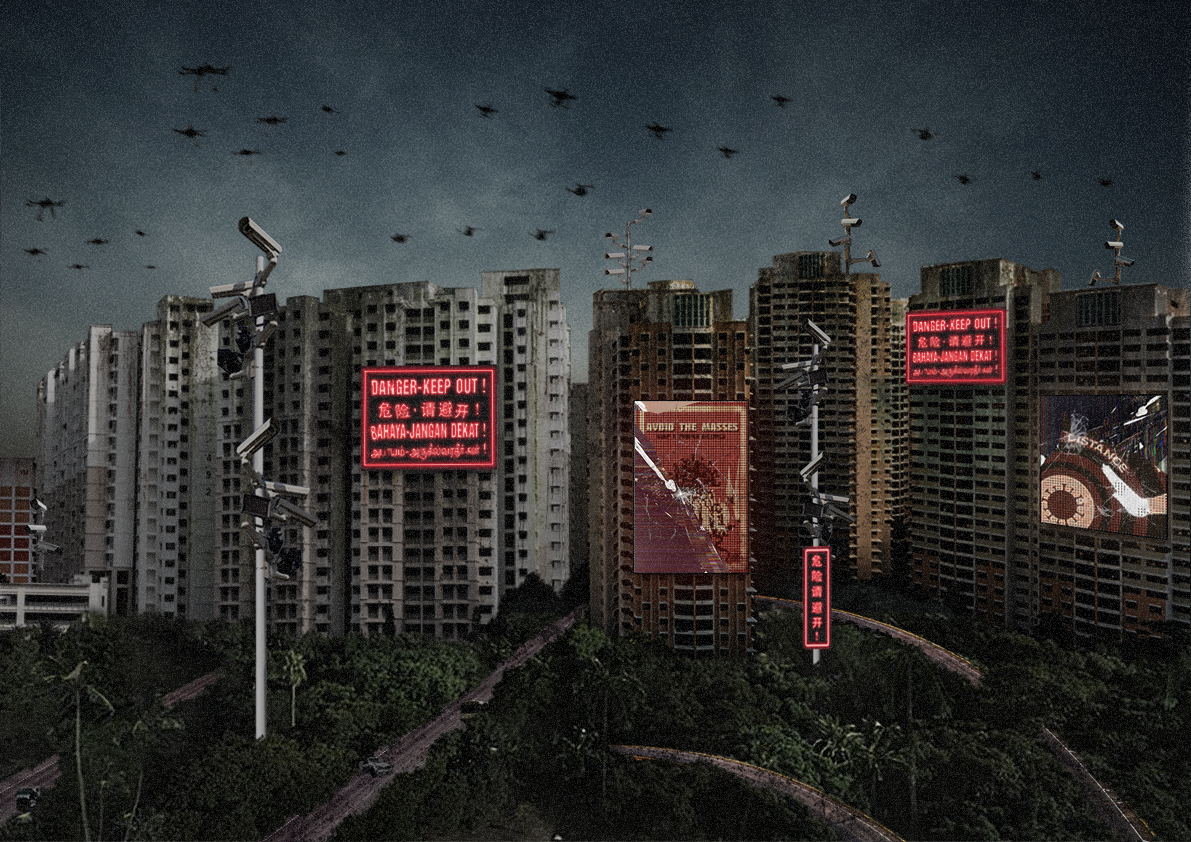 Part 2 of this project takes place five years after, focusing on the post-pandemic landscape. The rebuilding of society led to the Fifth Industrial Revolution taking place, causing drastic social inequality as the wealthy accumulated their wealth and the poor were exploited.

This project aims to critique the issues of social inequality in our society by portraying the responses of the poor as they attempt to climb the social ladder through illegal trade.

With the extreme measures put in place over the past few years, the virus eventually disappeared five years later. Citizens began rejecting the need for mass surveillance. Mass surveillance was reduced and society looks to rebuild itself.

Masses of factories were built and the Fifth Industrial Revolution began, with 3D printing and lab-grown food becoming the key catalysts for the revolution. Due to the possible transmission of diseases through animals and also the heavy reliance on lab-grown food over the years, the consumption and production of organic meat are banned in Singapore to prevent another pandemic.

Multiple jobs were replaced with autonomous technology and advanced AI, many lost their jobs. Wealthy companies capitalised on the revolution and began dominating the industry. Where the jobs were available, the corporations exploited the workers by paying low wages for long hours. The wealthy were favoured while the poor were marginalized and struggled to survive. As the social class gap grew wider, political unrest ensued and various groups were formed to oppose the government.

Despite the ban, there was a high demand for organic meat in black markets. In desperate attempts to make ends meet, the lower class took risky ventures to smuggle organic meat and open illegal eateries and restaurants. As the food was difficult to obtain, it was sold at high prices only the rich could afford. Some used their own businesses as a facade to mask their illegal trade and were able to bribe law enforcements when their dealings were discovered. 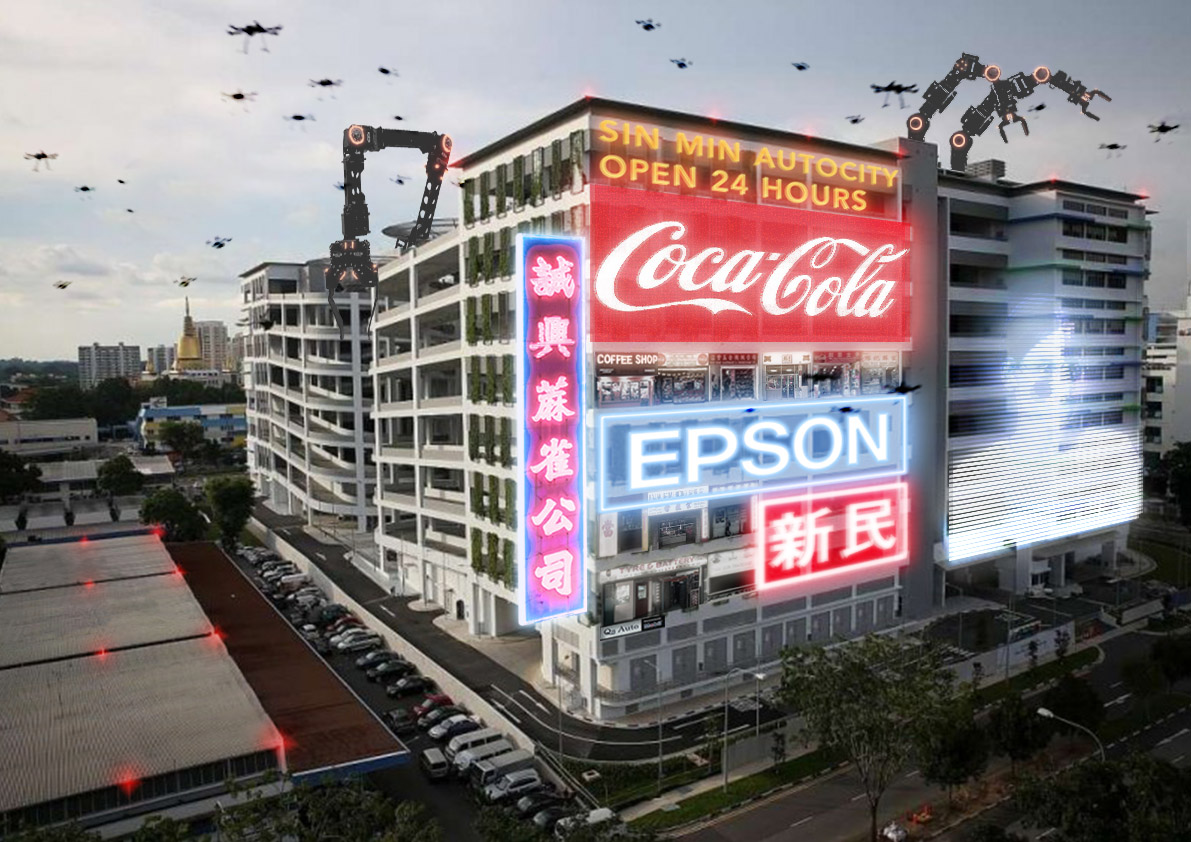 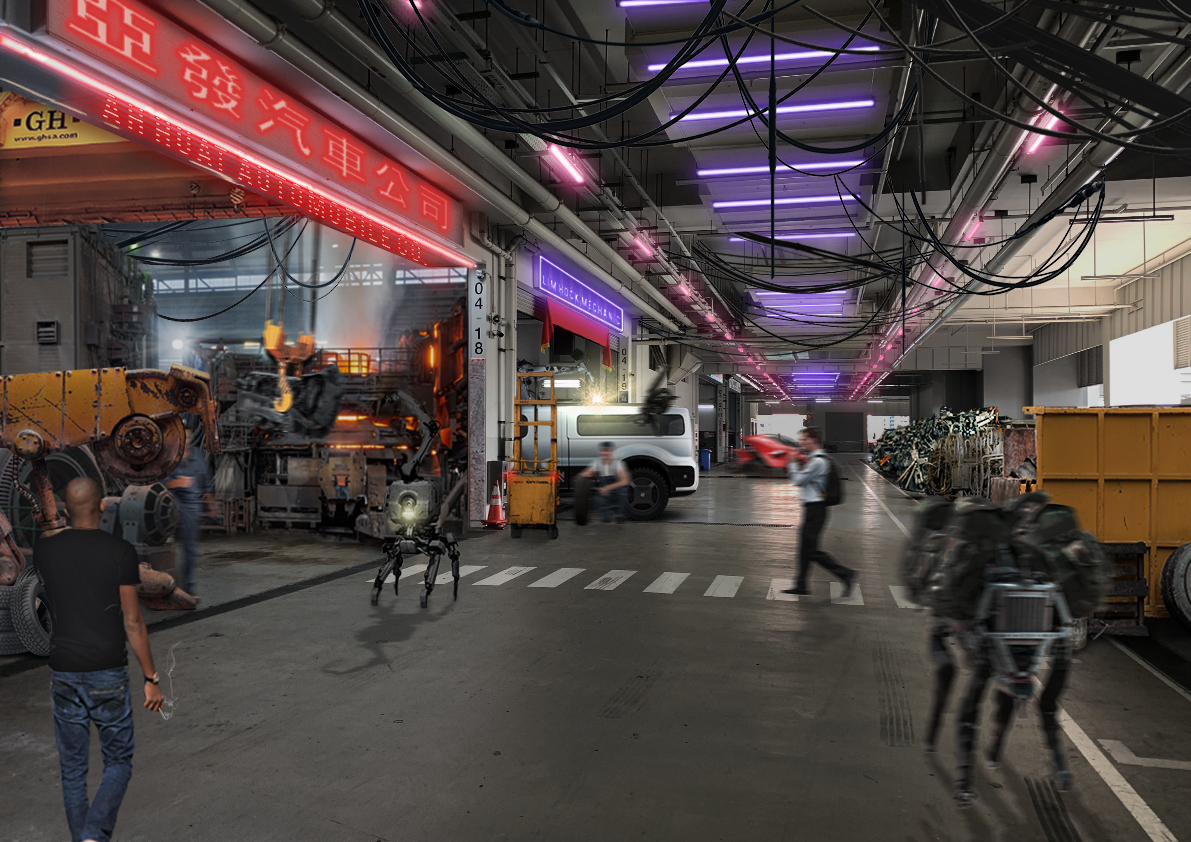 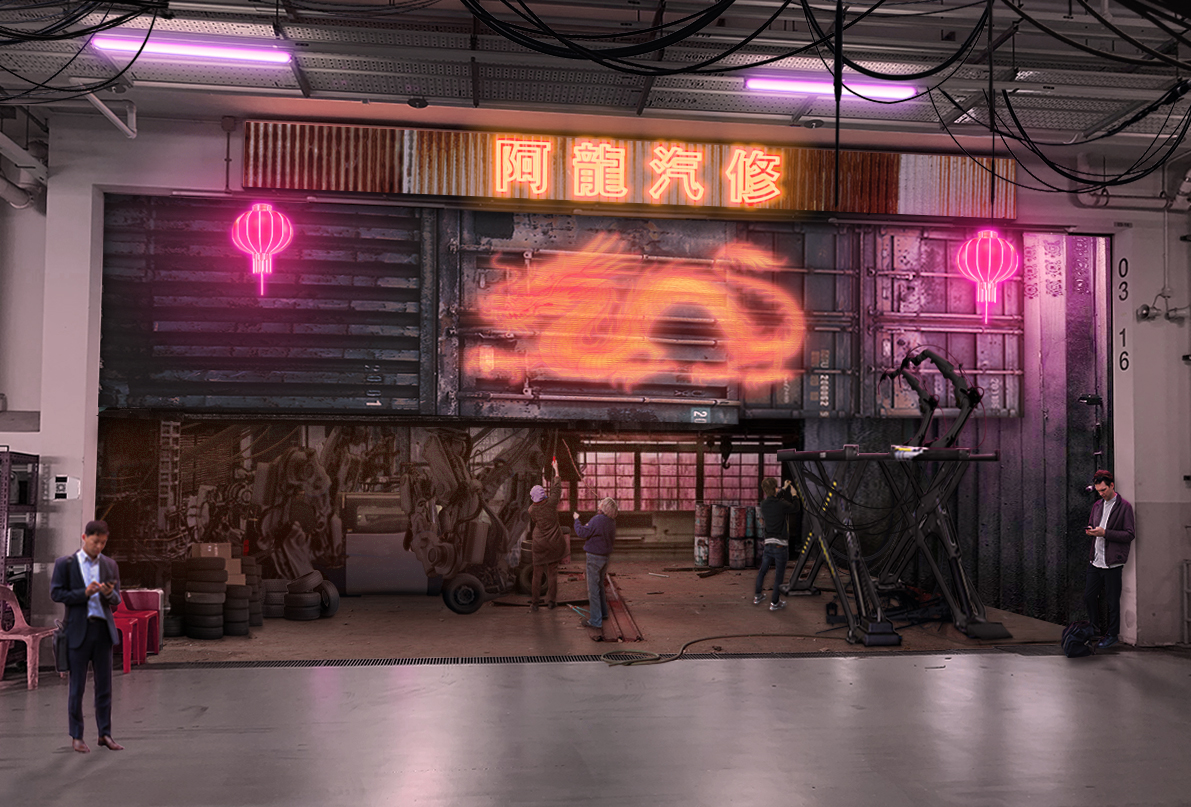 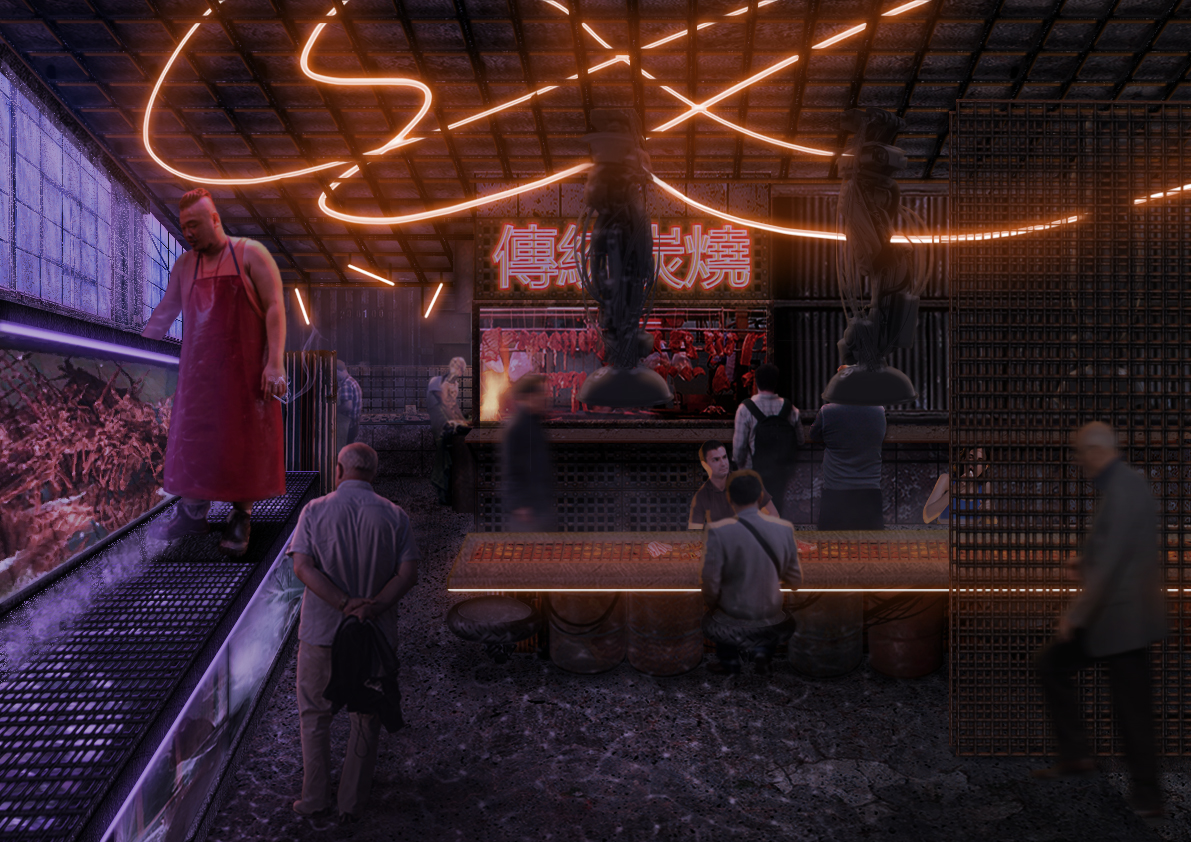