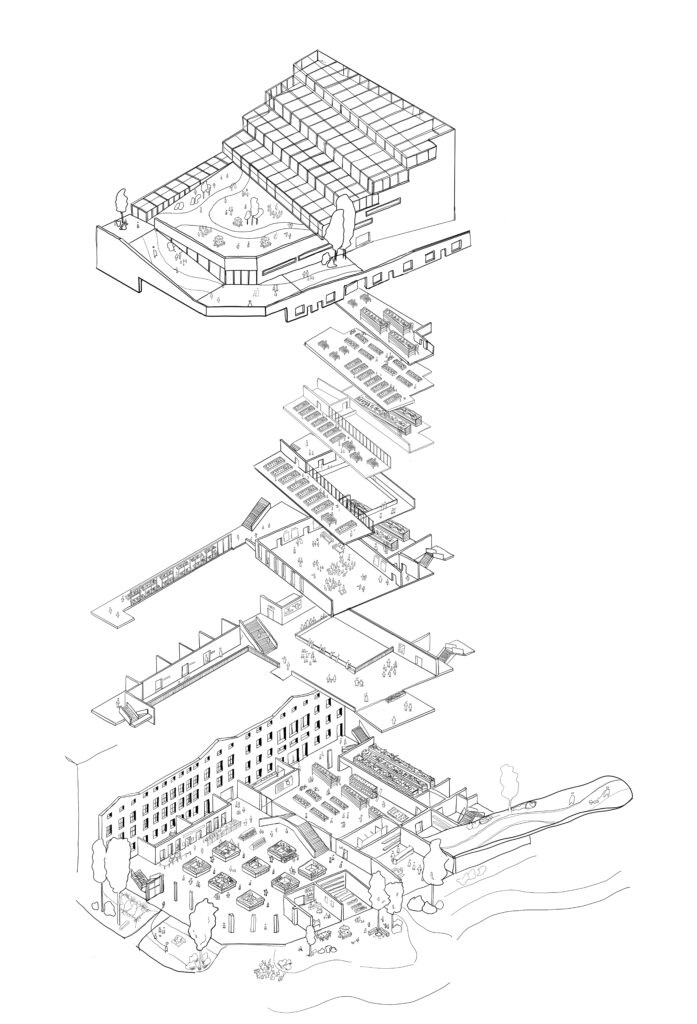 Food is fundamental to our survival , going beyond social, cultural or individual preference and is a basic human right . Through history, food supply was adapted in times of crisis, in both wars rising prices and disrupted supply was responded to with strict rationing . Our food system In the 1930s Britain imported 70% of its food yet by 1945, following Grow Your Own campaigns, an alteration of Daylight saving hours and allotment spaces for city residents, 75% food consumed in Britain was homegrown.

Now a crisis which affects the world and must force a change in food production methods faces us – Global warming.

Our current food production is not sustainable; we are tearing down the natural world in the name of agriculture. A horrifying image in 2020 was millions of acres of the Amazon rainforest being burned to provide land to feed the hungry international market for beef and soy.

Considering solutions to these food security is important for the future of society itself and a paper from
the International Urban Food Network titled “Hungry City” states that the solution to more sustainable food production is to produce crops for city dwellers within the city18. Examples of successful city farms can be seen across the world19, a study carried out in the city of Rennes found that by converting a portion of green space/roof tops/derelict land that it was possible to produce up to 5 times the demand for fruit and veg within the city.

If we could apply this to towns and cities worldwide and start to consider how we could use our urban areas to feed ourselves, then could we avoid natural habitats being swallowed up with agriculture.

As part of my thesis design research, I considered how urban agriculture may be introduced to Glasgow, considering our poor health and diet, the introduction of a more sustainable and healthier food system would be greatly beneficial.

I started my research by considering all the vacent land in the site and if this were to all be developed as garden/allotment space how much of an impact would that make. I also researched the amount of fast food/supermarkets/current allotments/fresh food markets and green space around Glasgow which lead me to select a city centre site. The idea being that any city centre proposal could be spread in a network across the city.

The Site selected is situated on both James Watt Street and York Street. It lay as a vacent site since the original warehouse was removed in the 1990’s but has a retained listed facade. This makes for an interesting site. 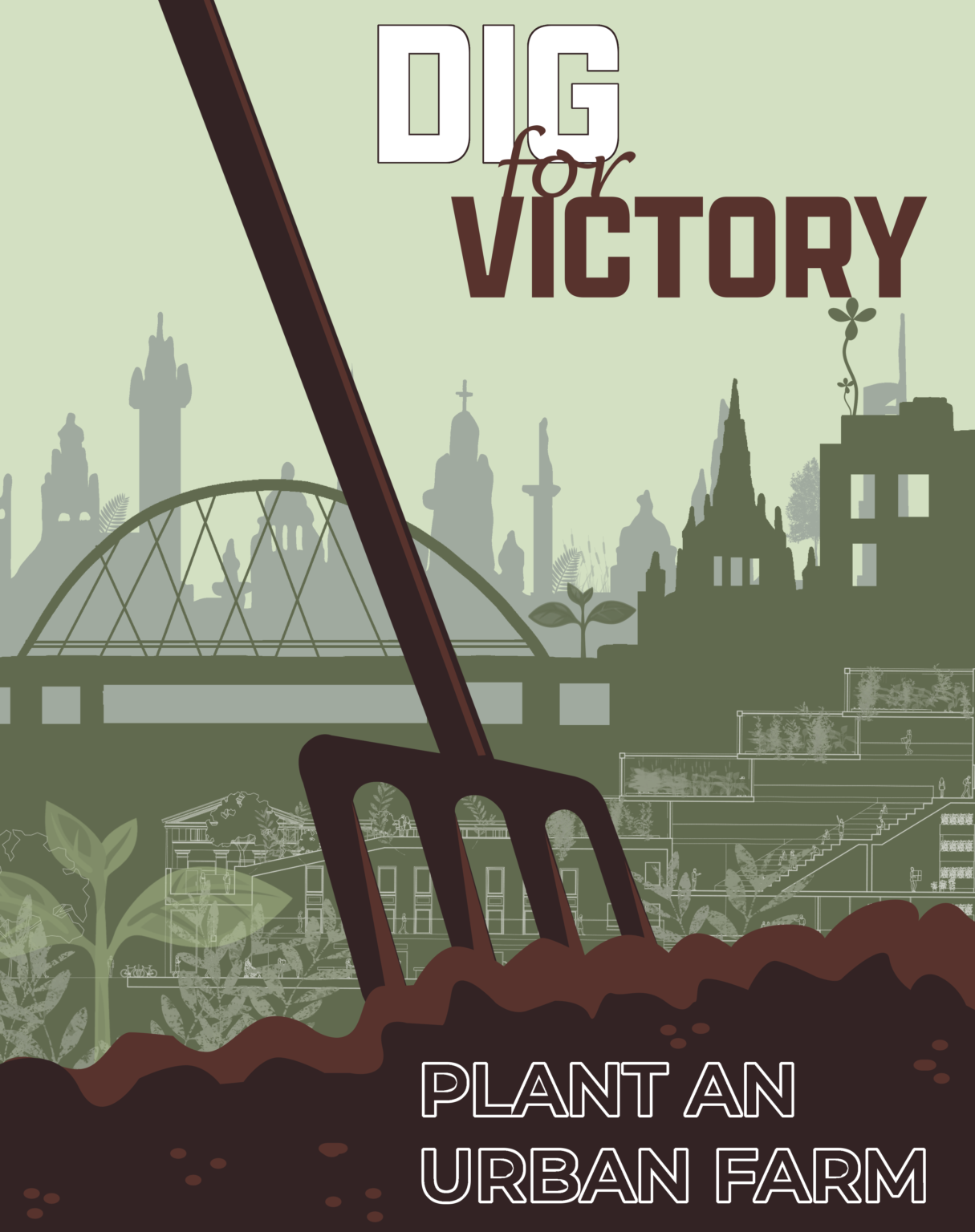 Dig for Victory against Climate Change and Food Security 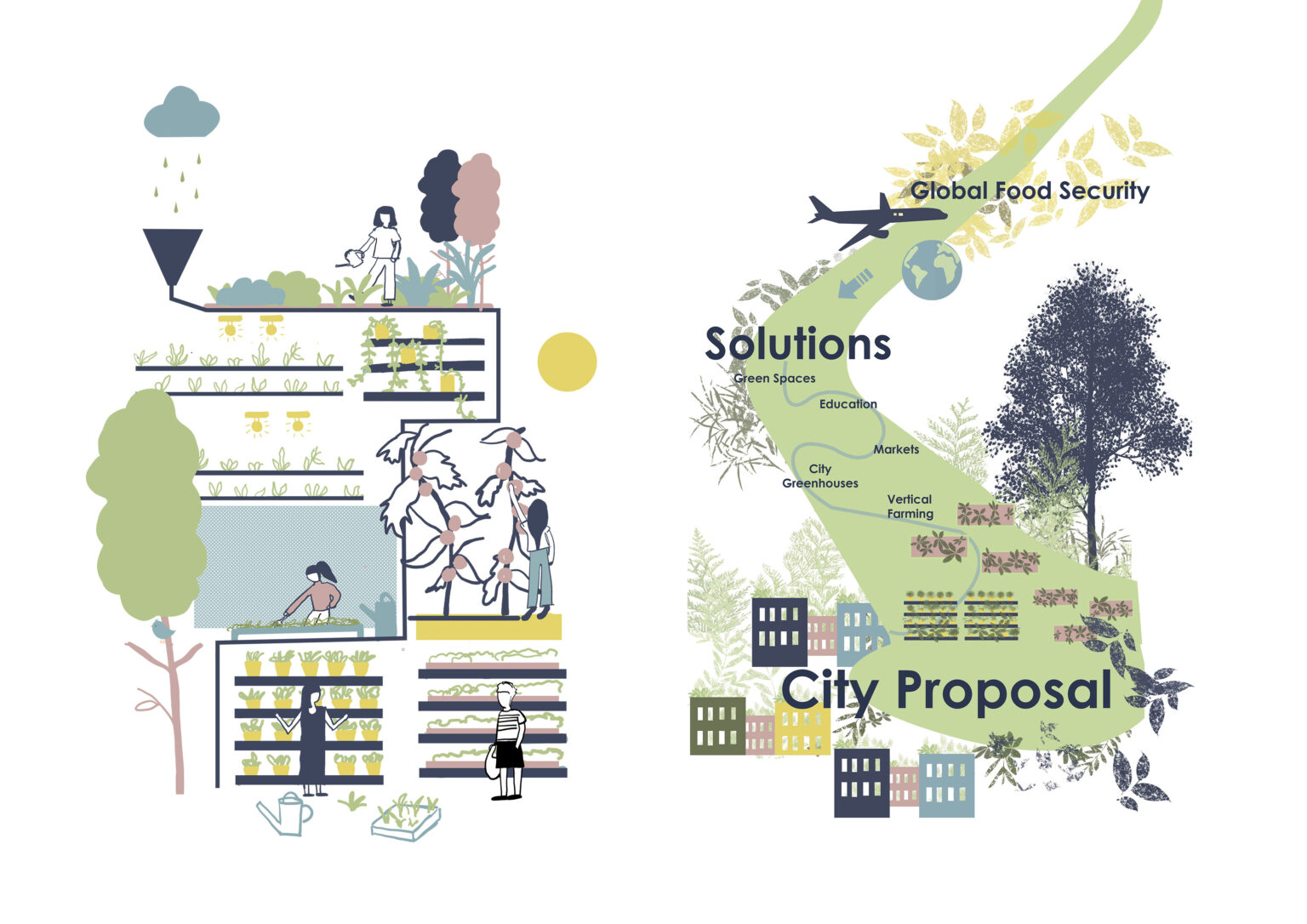 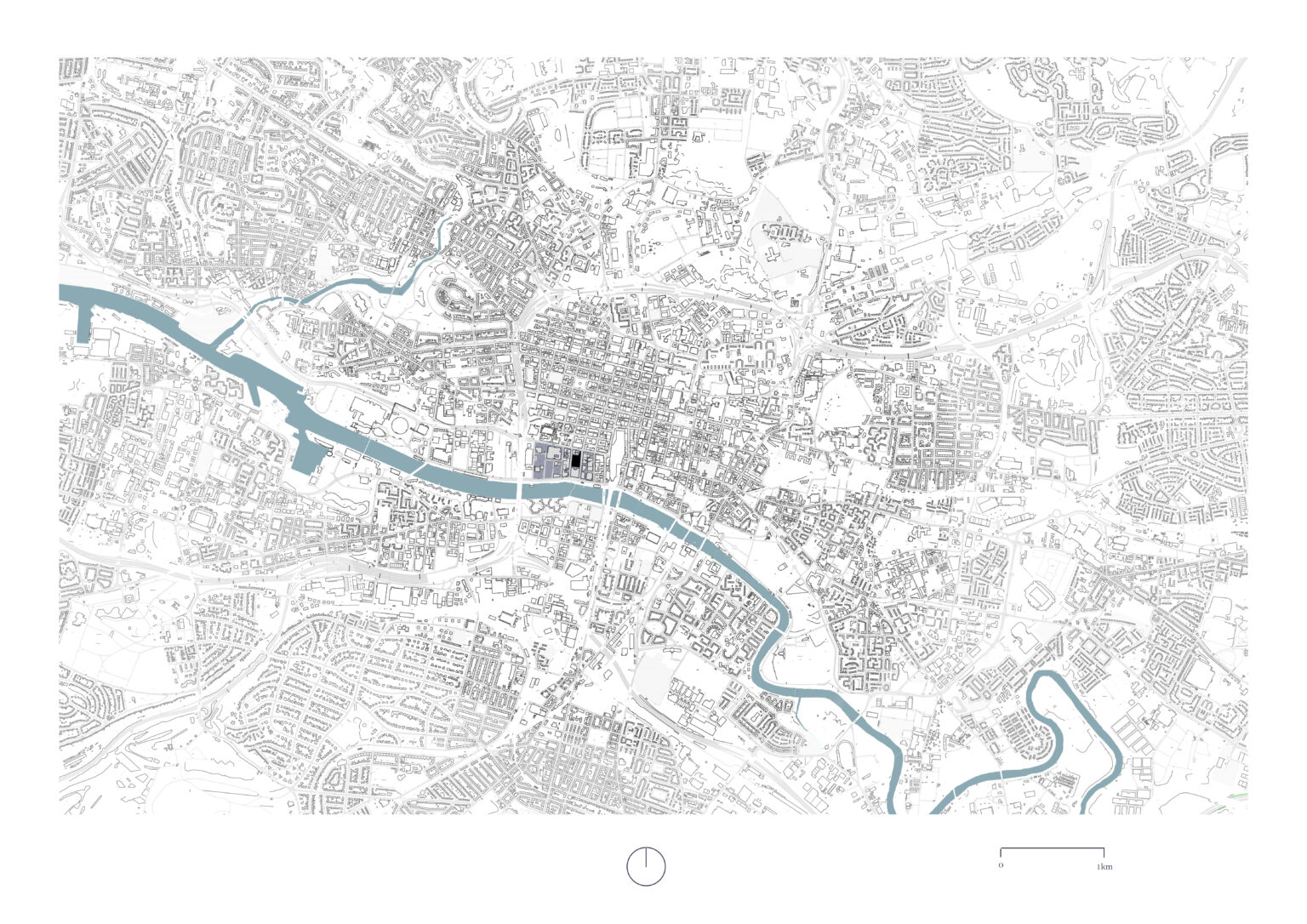 Site selection of Broomielaw, Glasgow
3 of 10
Previous Next
Close 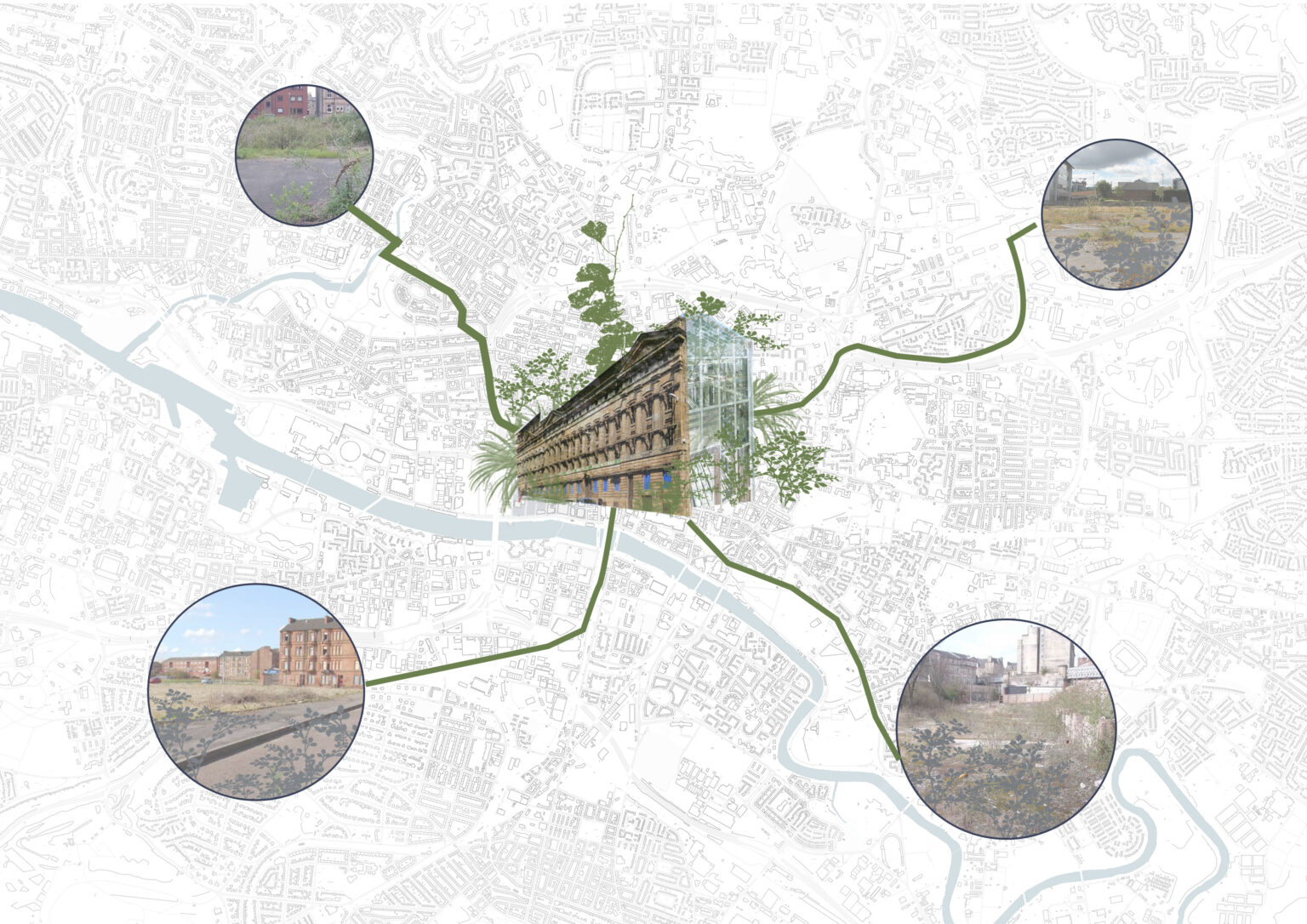 As part of the wider concept for the thesis design, exploring the idea of an urban agriculture network being created was important. Introducing a city centre urban agriculture epicentre that reuses vacent land, an new building tyopology that could then be spread as a network across the city
4 of 10
Previous Next
Close 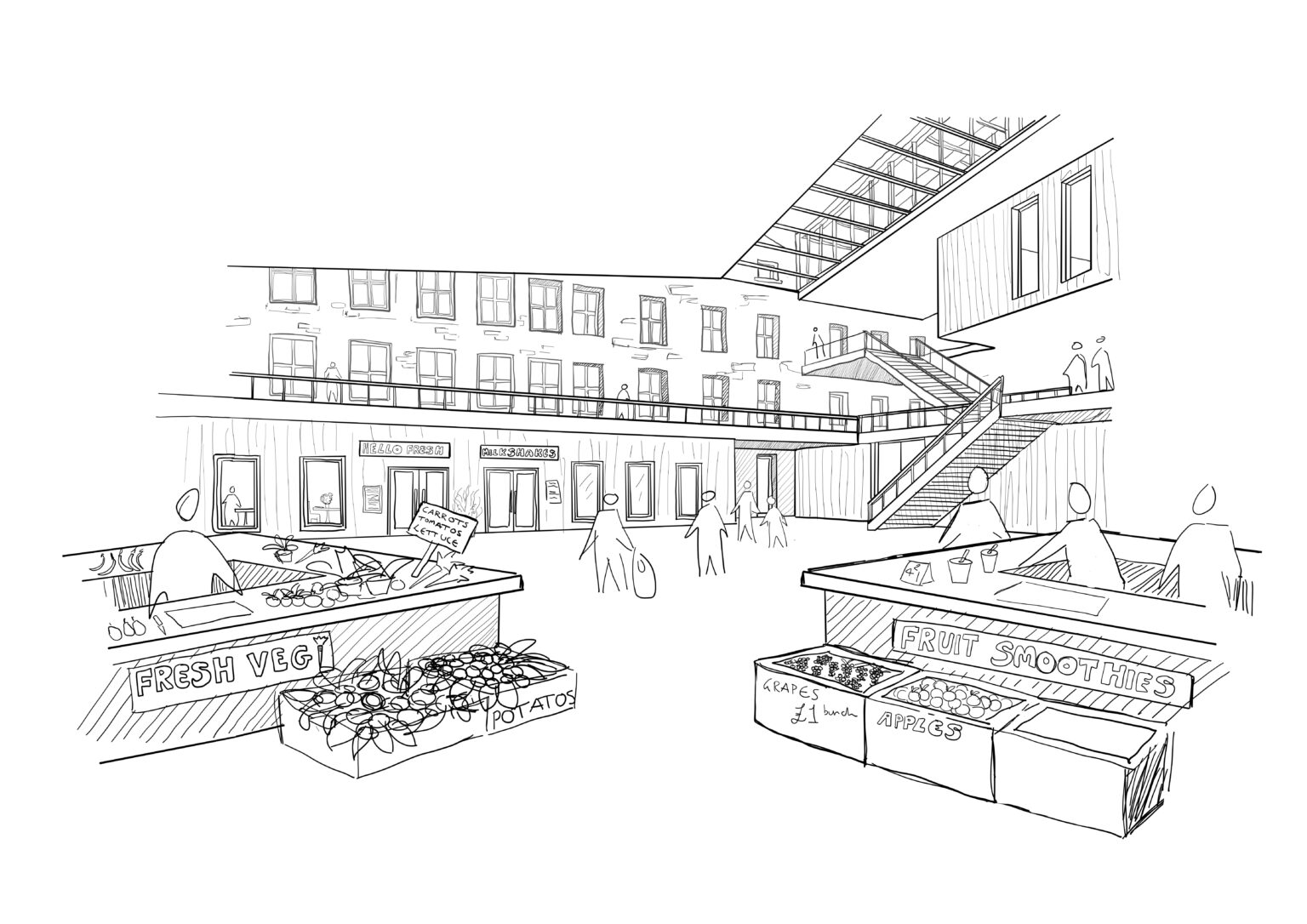 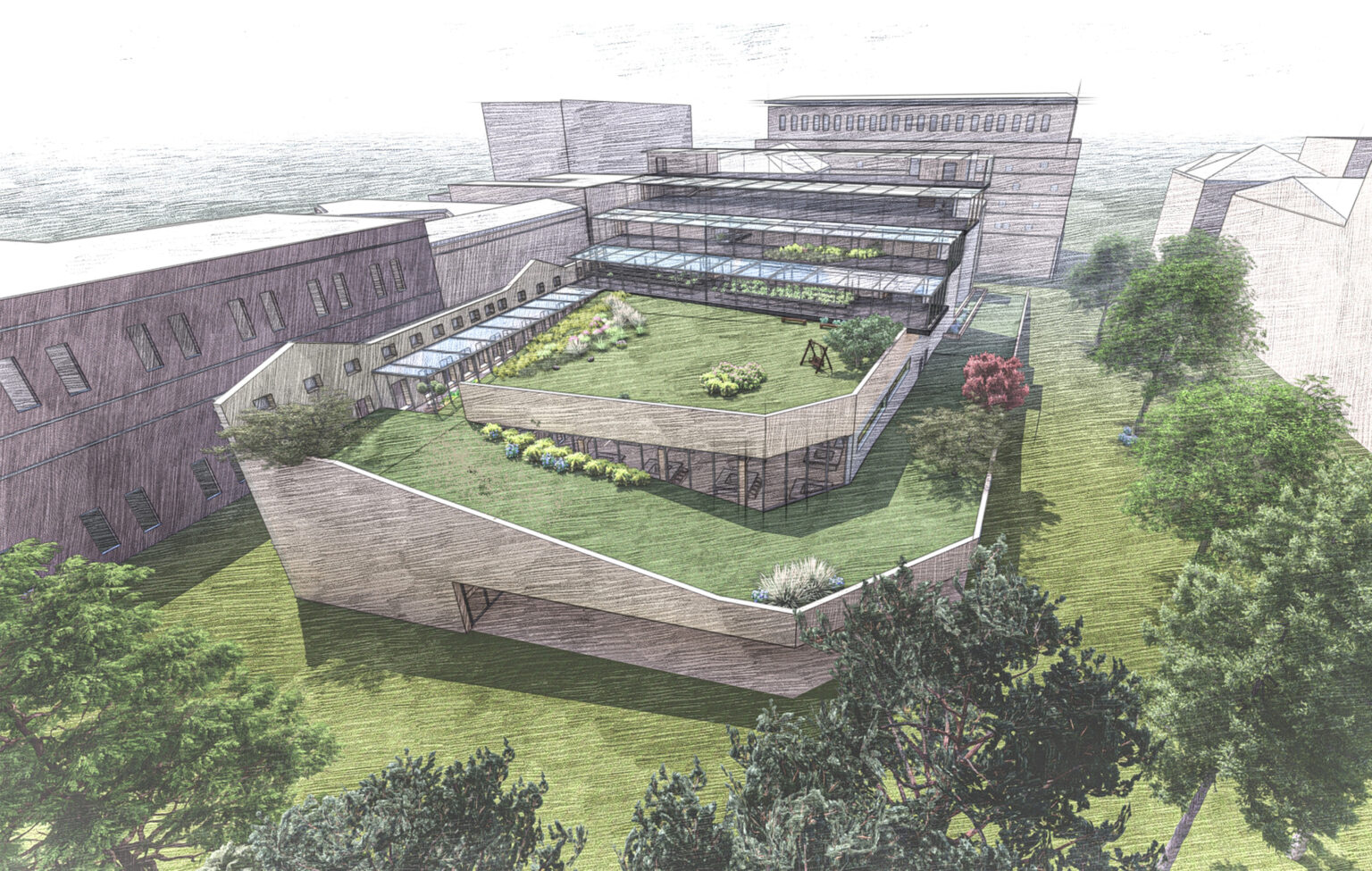 3D Concept View of the proposal, highlighting the new green infastructure of the surrounding streets as well as the green roof and ramp
6 of 10
Previous Next
Close 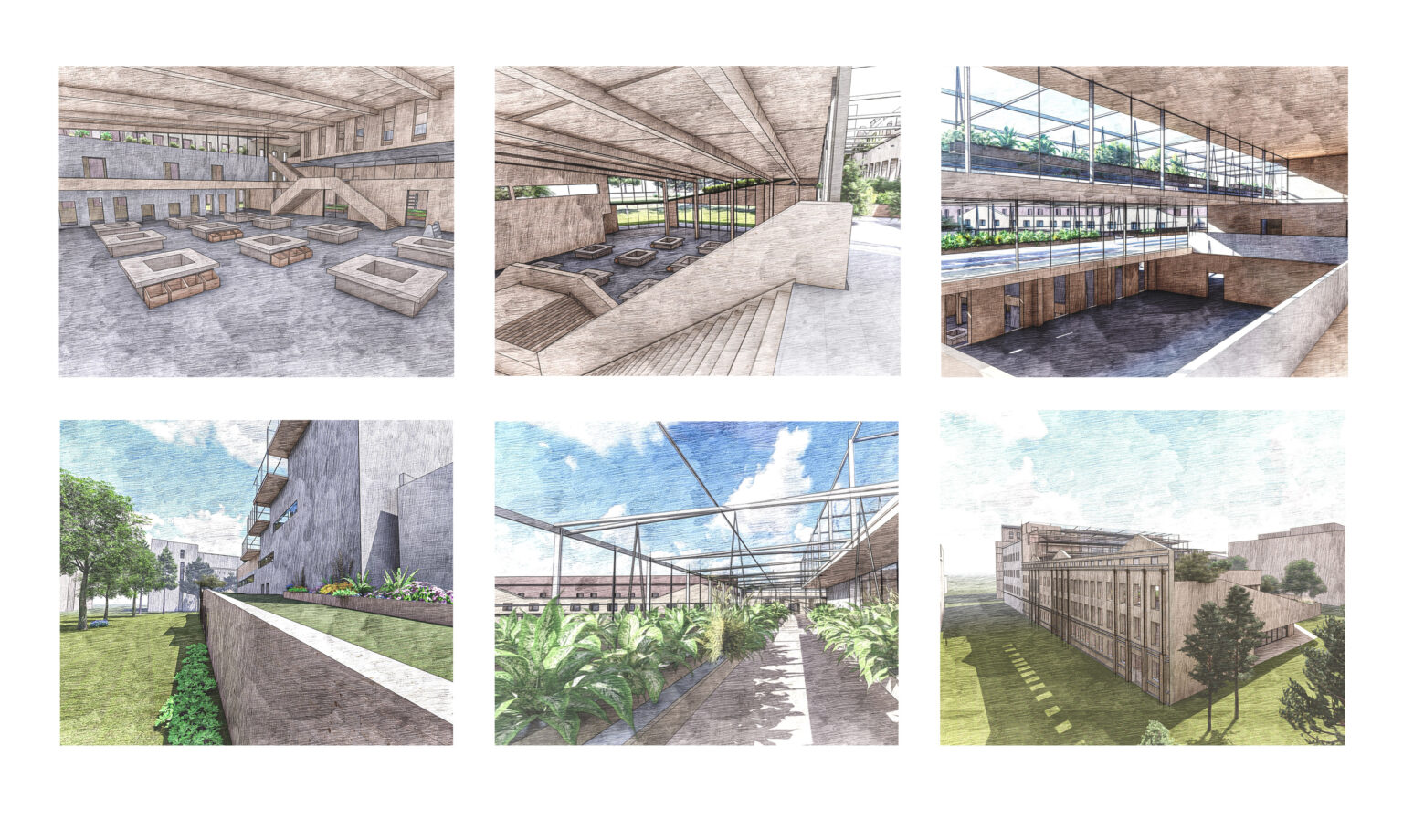 Views of the main spaces including market, education civic space and the greenhouses. The view of the listed facade and how this relates to the rest of the building was also an important factor
7 of 10
Previous Next
Close 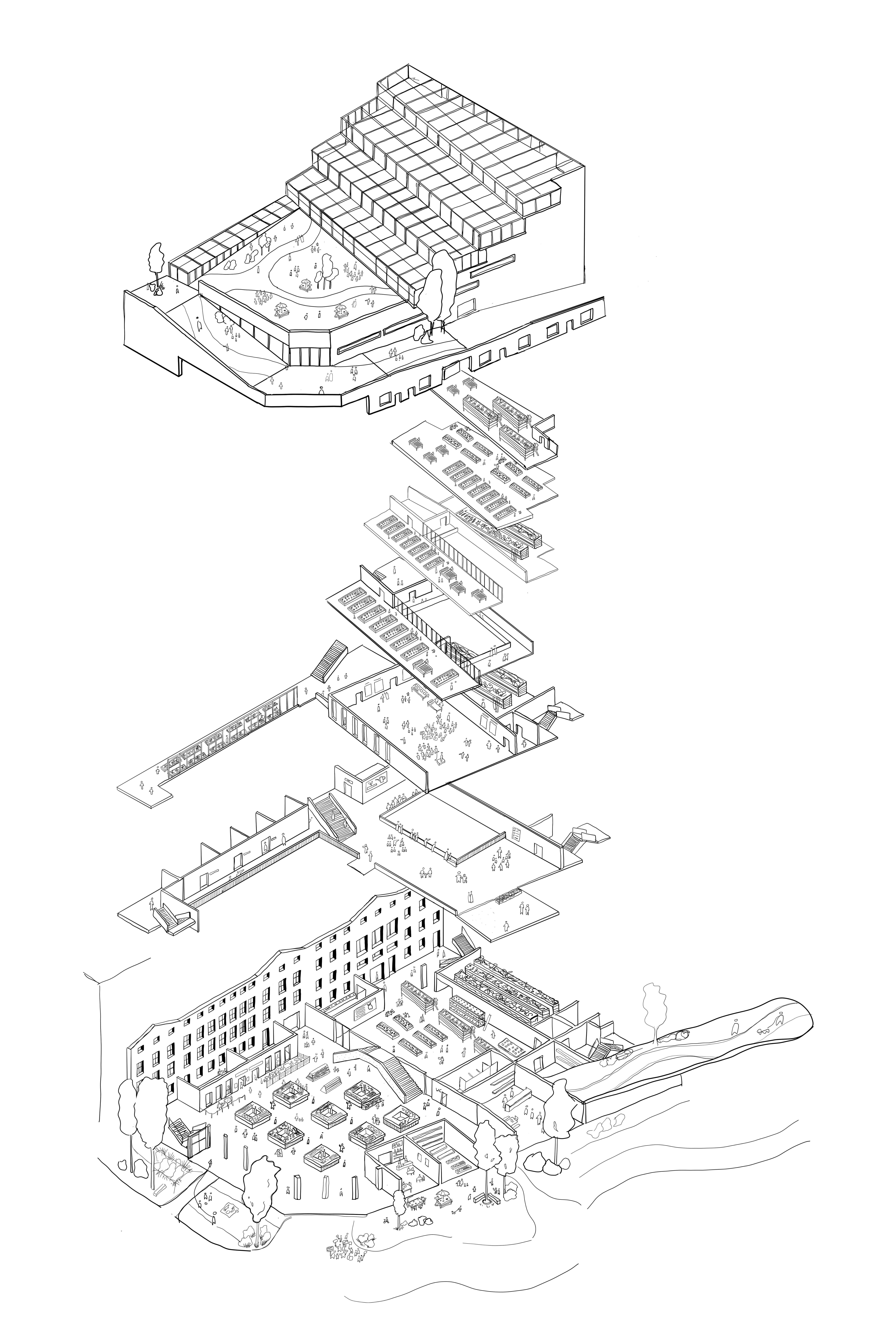 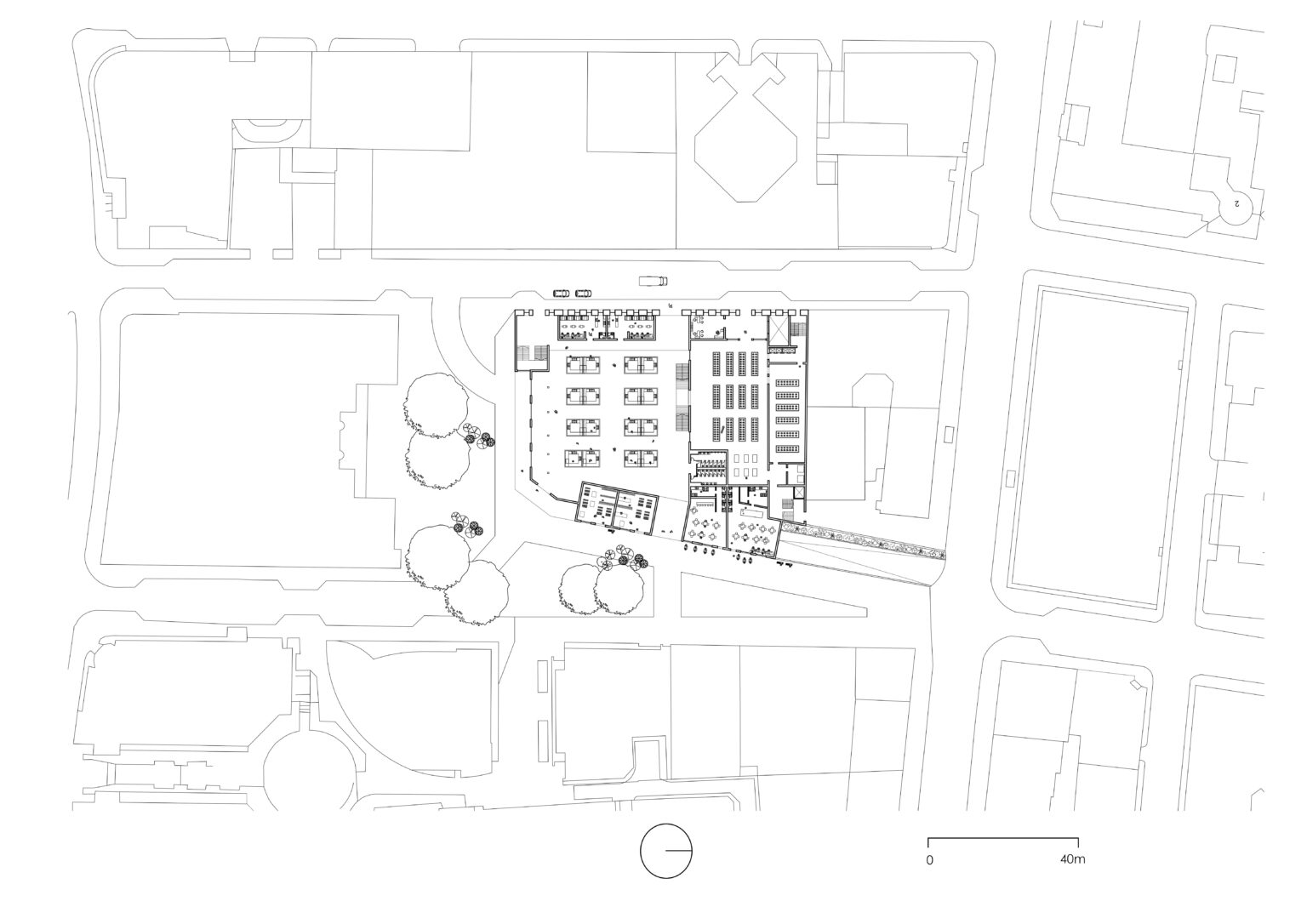 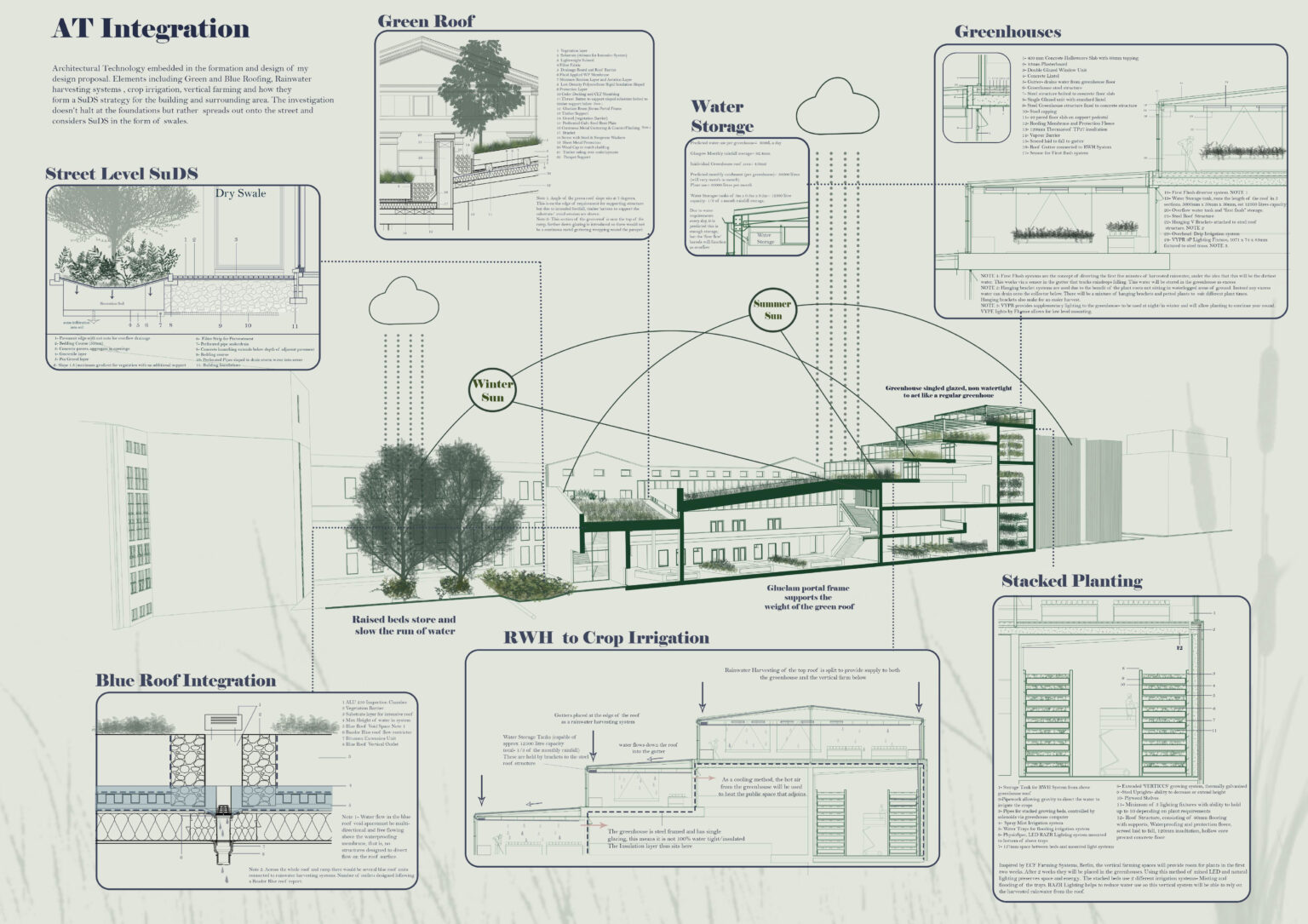 Exploring SUDS and how these processes can be embedded and function alongside the agriculture programme. For example rainwater harvesting that is then used for crop irrigation
10 of 10
Previous Next
Close