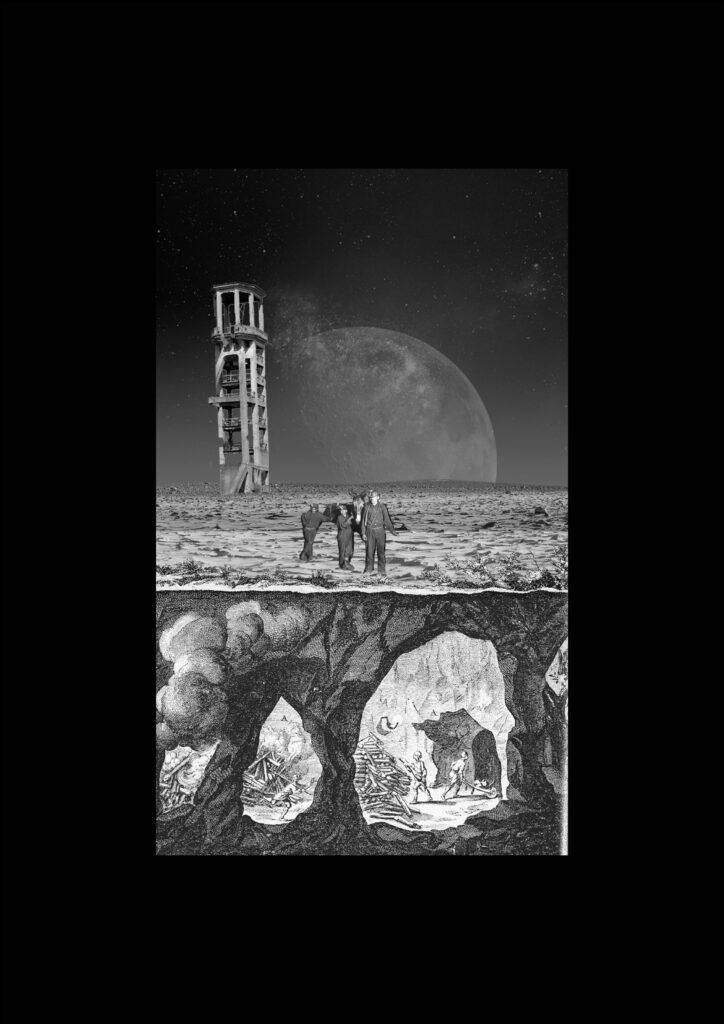 During my years in architectural education, I have developed an interest in sociology and heritage – two factors which helped dictate the direction of my final thesis project. As I have spent this year partly studying at the Universidade do Porto, you will find that my work is set in rural Portugal and tackles issues such as placemaking, adaptive re-use and conservation.

Some of the projects exhibited here were carried out during the exchange course, and are labelled accordingly.

Aside from studying architecture, I work as a freelance writer – primarily covering niches such as design and architecture. Please check out my LinkedIn (see below!) for further information.

Invisibilities of Power
Landscapes of Rust
What is a Corridor?

This project was carried out during exchange at the Universidade do Porto.

Invisibilities of Power discusses the subtle power cues which dictate urbanism and our immediate city environment. It focuses on explaining the facts at play in how we move through the city, where and how. 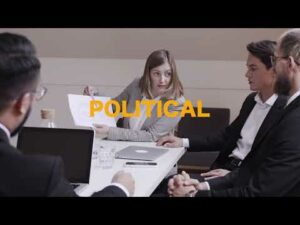 Coal mines are mono-functional landscapes with life cycles dependent on immediate resource exploitation which have no space in a post-industrial, carbon neutral society. In November 2021, Portugal became the 4th European country to conclude its coal exit, complying to agreements signed in 2017’s COP23 – and finalising a long standing tradition which has scarred much of Northern Portugal’s land in the past century.

Historically, mining complexes (and many other industrial cities) have been exogenous to their surroundings, often adopting their own social and political practices. This means that when mining activities cease, the societal impacts resonate beyond unemployment, leaving cultural, architectural, and societal damage to a community heavily reliant on the mining company’s provisions.

This thesis project takes the ruins of the Sao Pedro da Cova Mines, located in northern Portugal, and speculates on how this territory can be re-introduced into the urban and societal fabric of the area. It aims to do so by tackling historical, environmental, and identity challenges faced in a town with an ageing population and a significant lack of urbanity – despite having once been the primary coal provider for the nearby city of Porto.

The project attempts to bridge the gap between past, present and future methods of production by engaging in the unconventional programme of mining e-waste into precious metals for traditional filligree jewellery making. With approximately 53.6 million tonnes of e-waste ending up in landfills per year, the project proposes the use of bio-leaching (a sustainable bio-chemical process) to mine precious metals from computer motherboards, and re-purpose them in a jewellery school which promotes the teaching of filligree jewellery techniques which are northern portugal’s most valuable dying craft.

Architecturally, the project utilises, celebrates and restores the concrete skeleton frame which dictates Sao Pedro da Cova’s skyline, and uses it as the basis for the development of the metallurgy campus. It aims to incorporate adaptive re-use not only through structure and material forms, but through the re-invention of a circular programme which dictates the distribution of buildings through site.

The proposal sees ethical architecture as a way of viewing architectural legacies as potential catalysts to remediate, re-incorporate and celebrate the conciliation of past, present and future. 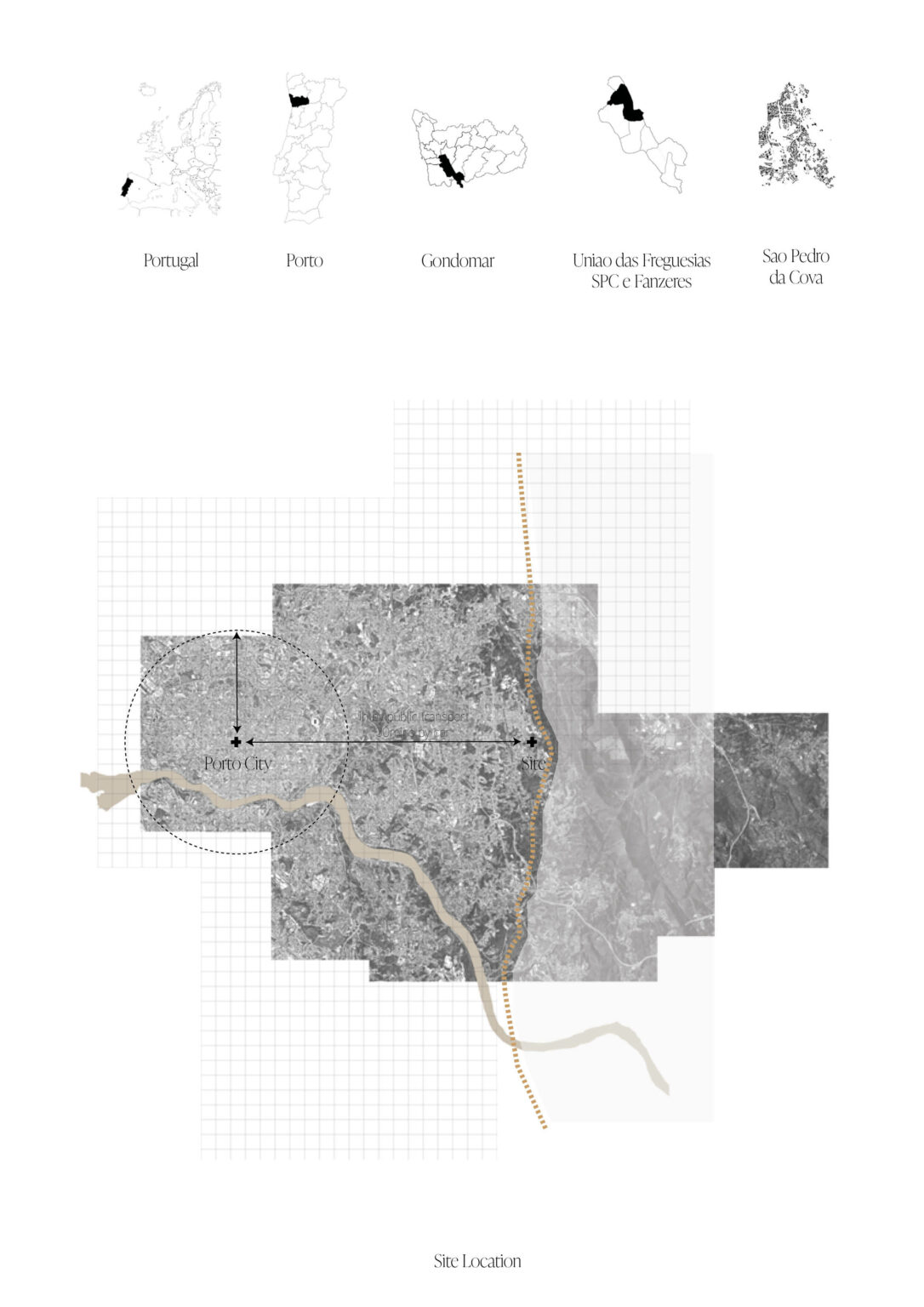 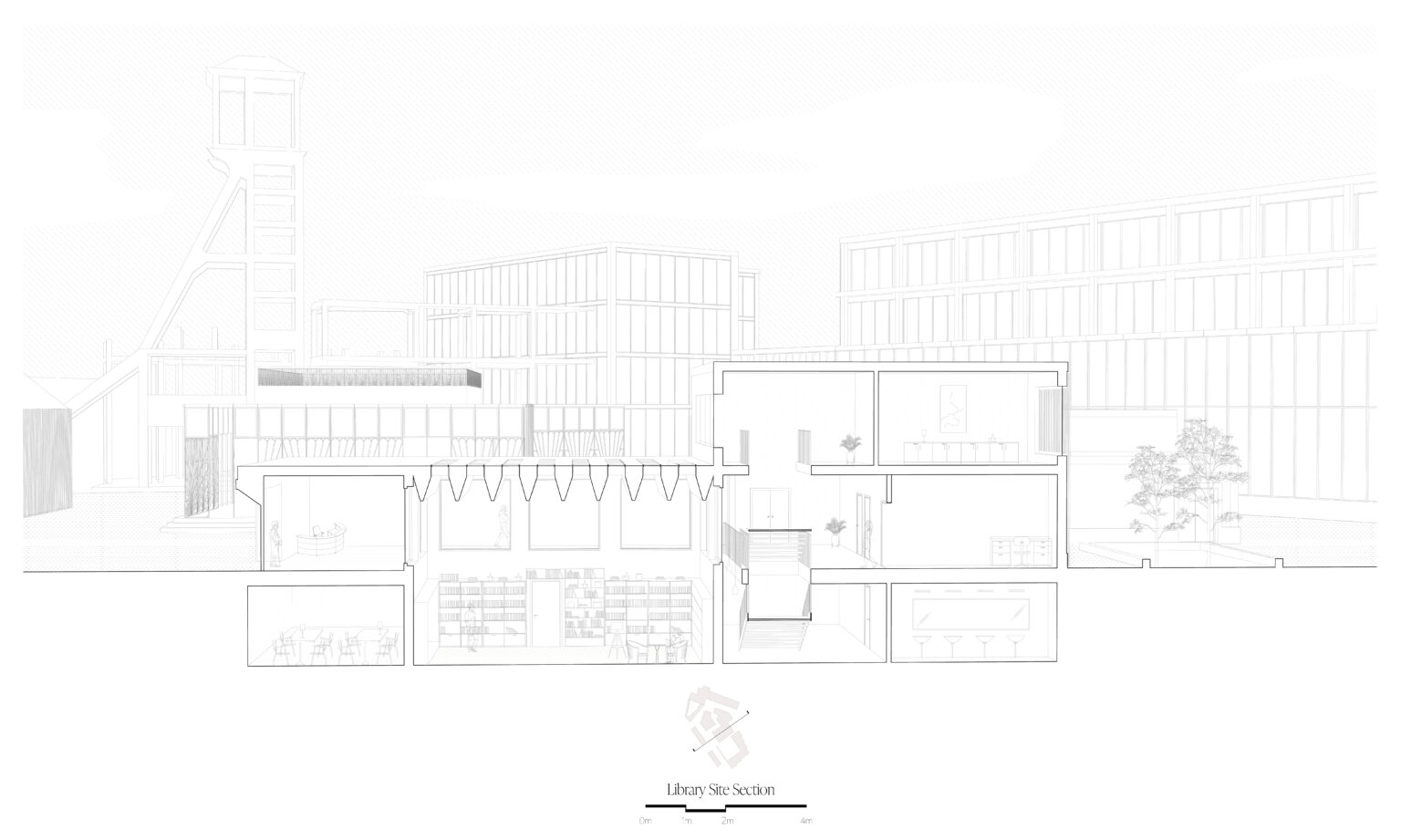 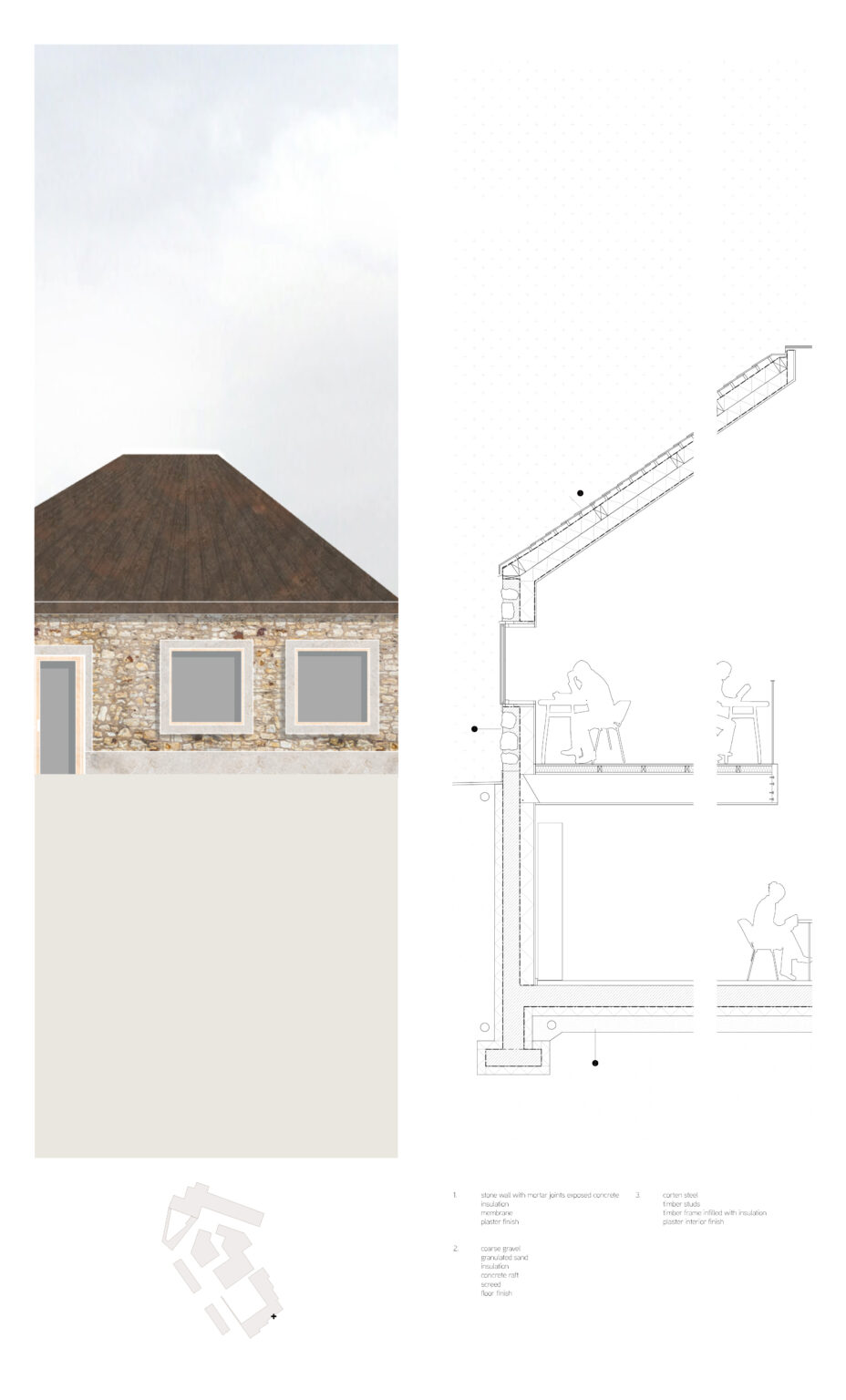 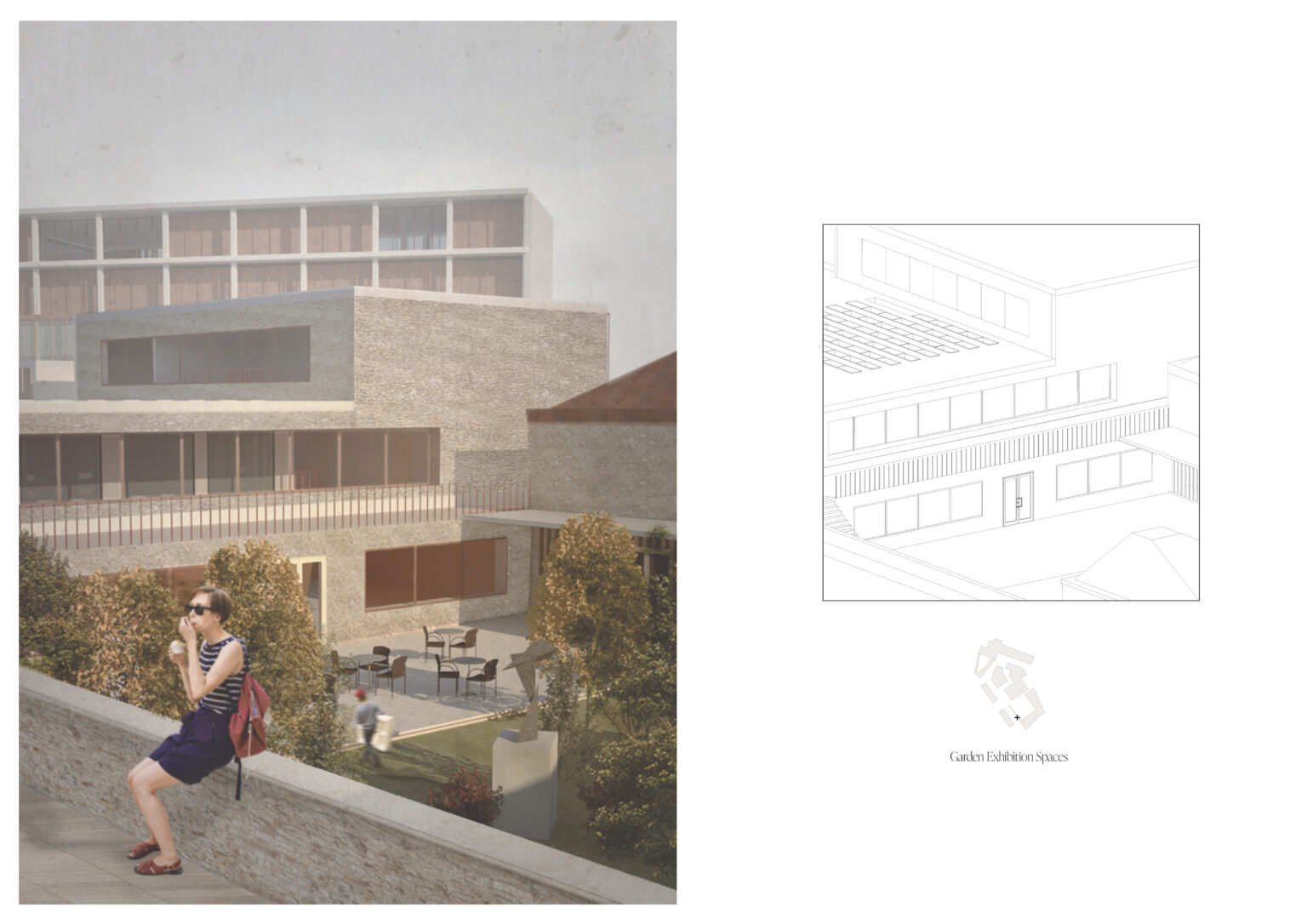 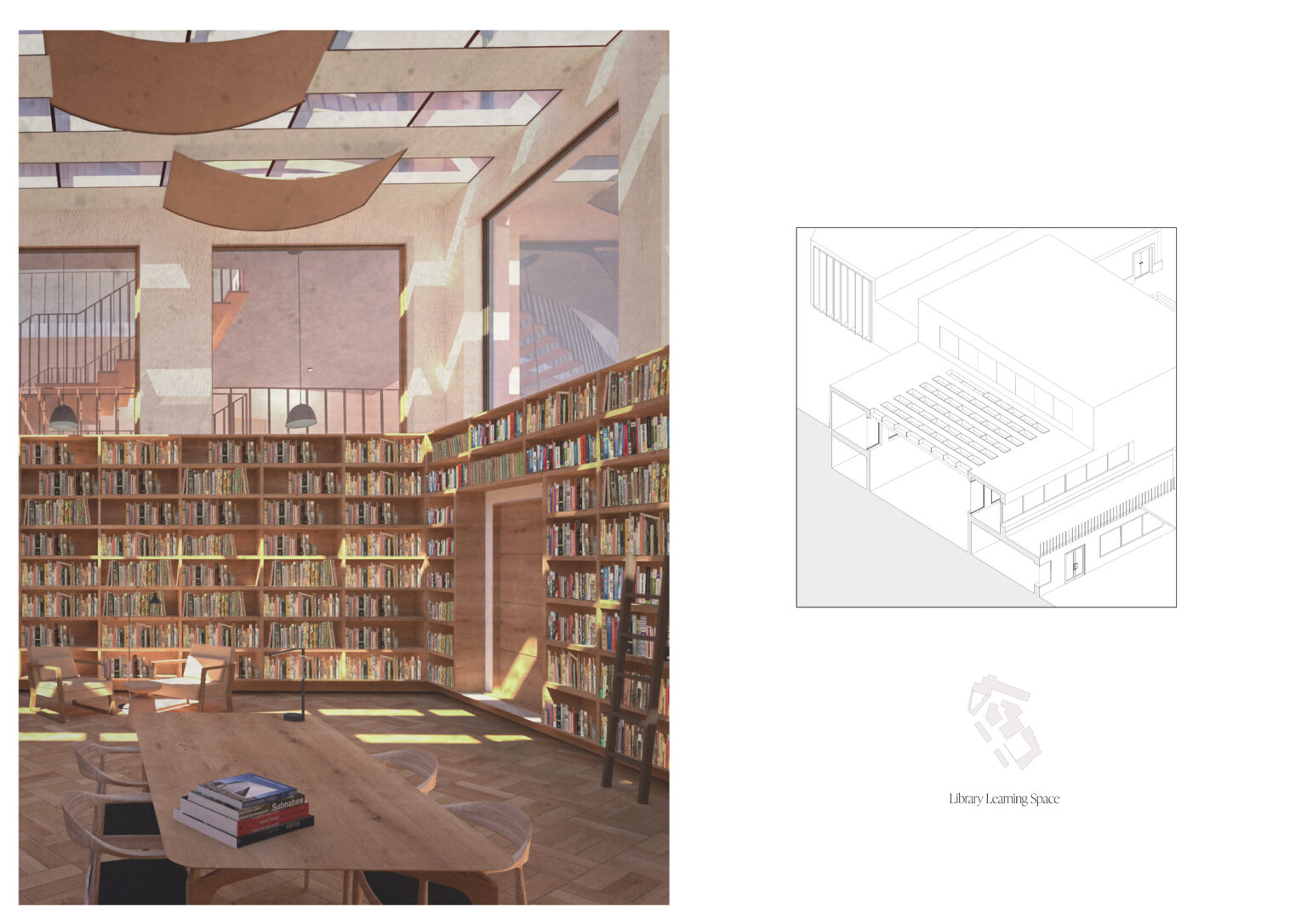 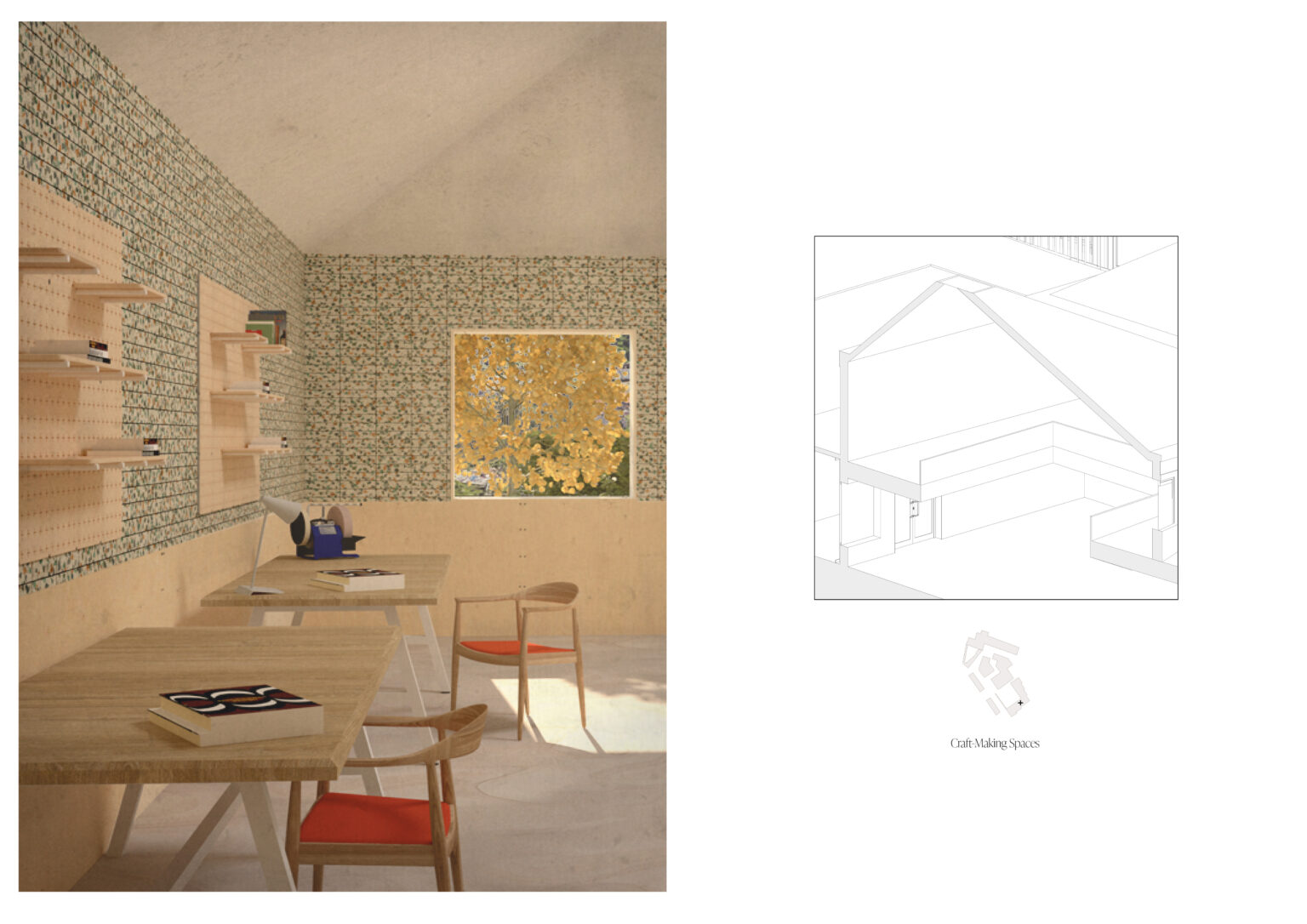 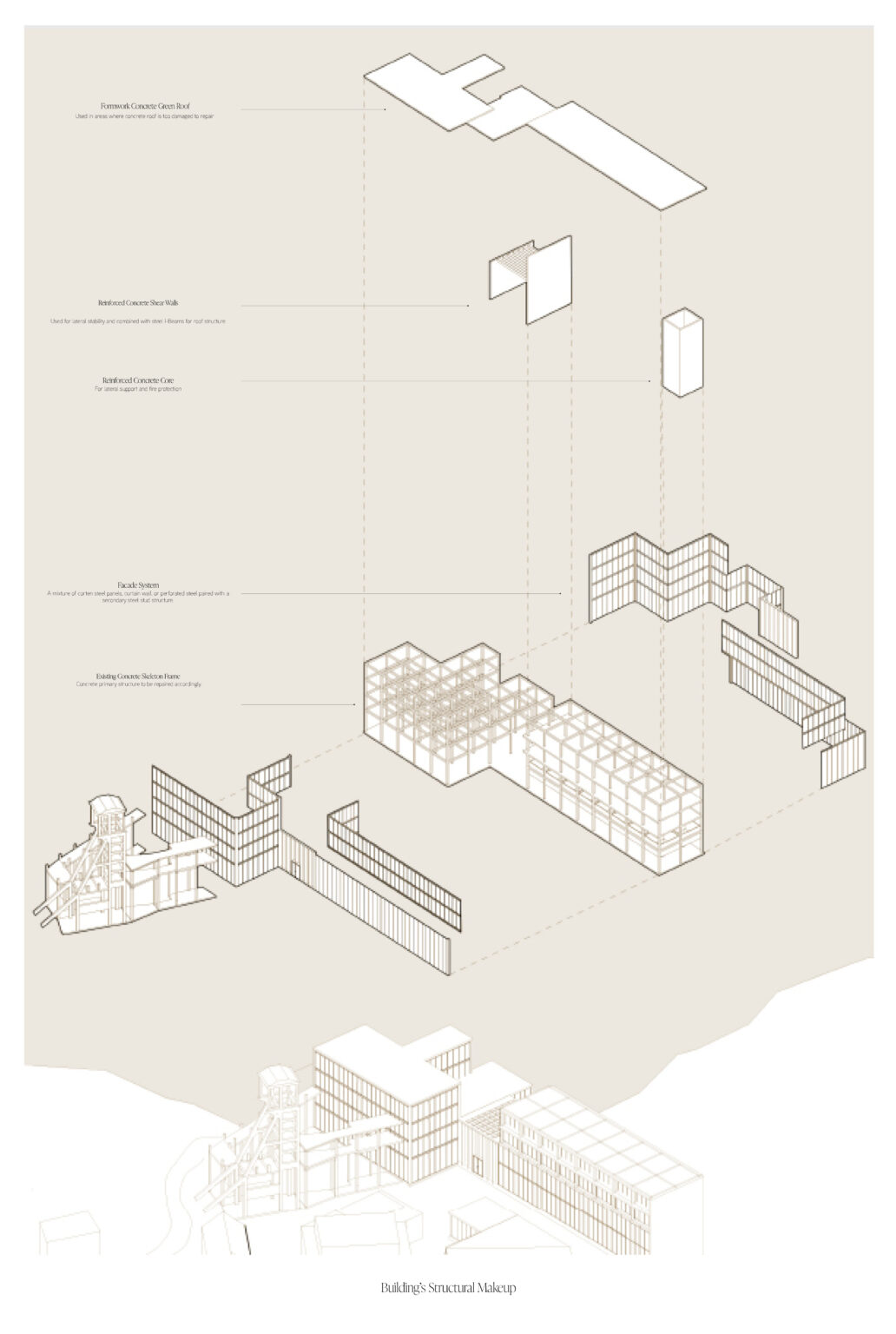 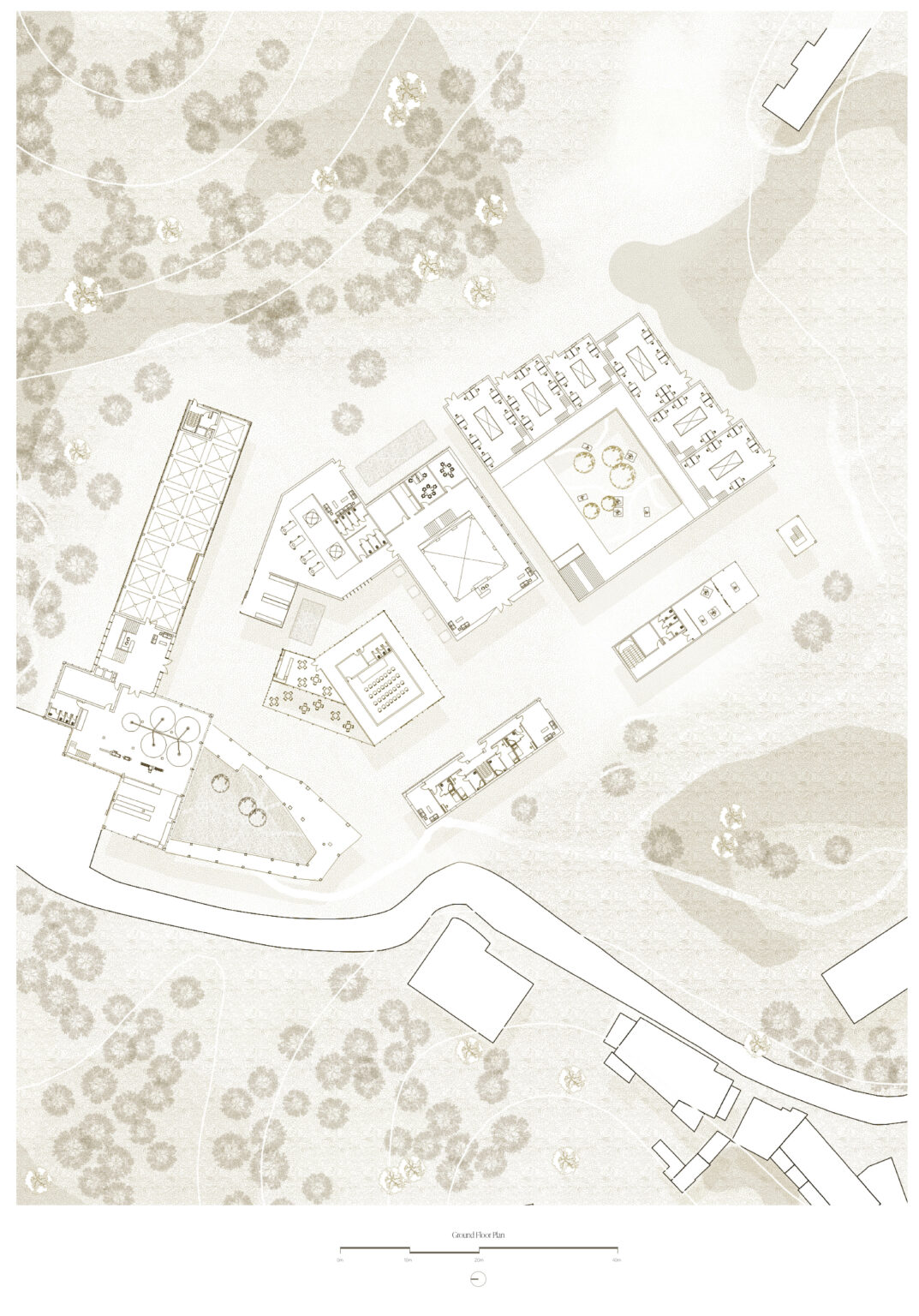 What is a Corridor?

This project was undertaken on exchange at the Universidade do Porto.

What is a Corridor is a conceptual exploration of the notion of a corridor, directionality and movement in architecture. It culminated in the design, execution and collaboration with stone manufacturers and engineers to develop a seemingly free-standing pavilion built in Porto.

The pavilion takes cues from phenomenology and utilises the stone’s natural roughness, alongside the positioning of the walls, to create a space which frames the surrounding views. Due to its scale, the pavilion is to be read as a corporeal experience, varying from narrow and claustrophobic to open and accessible. 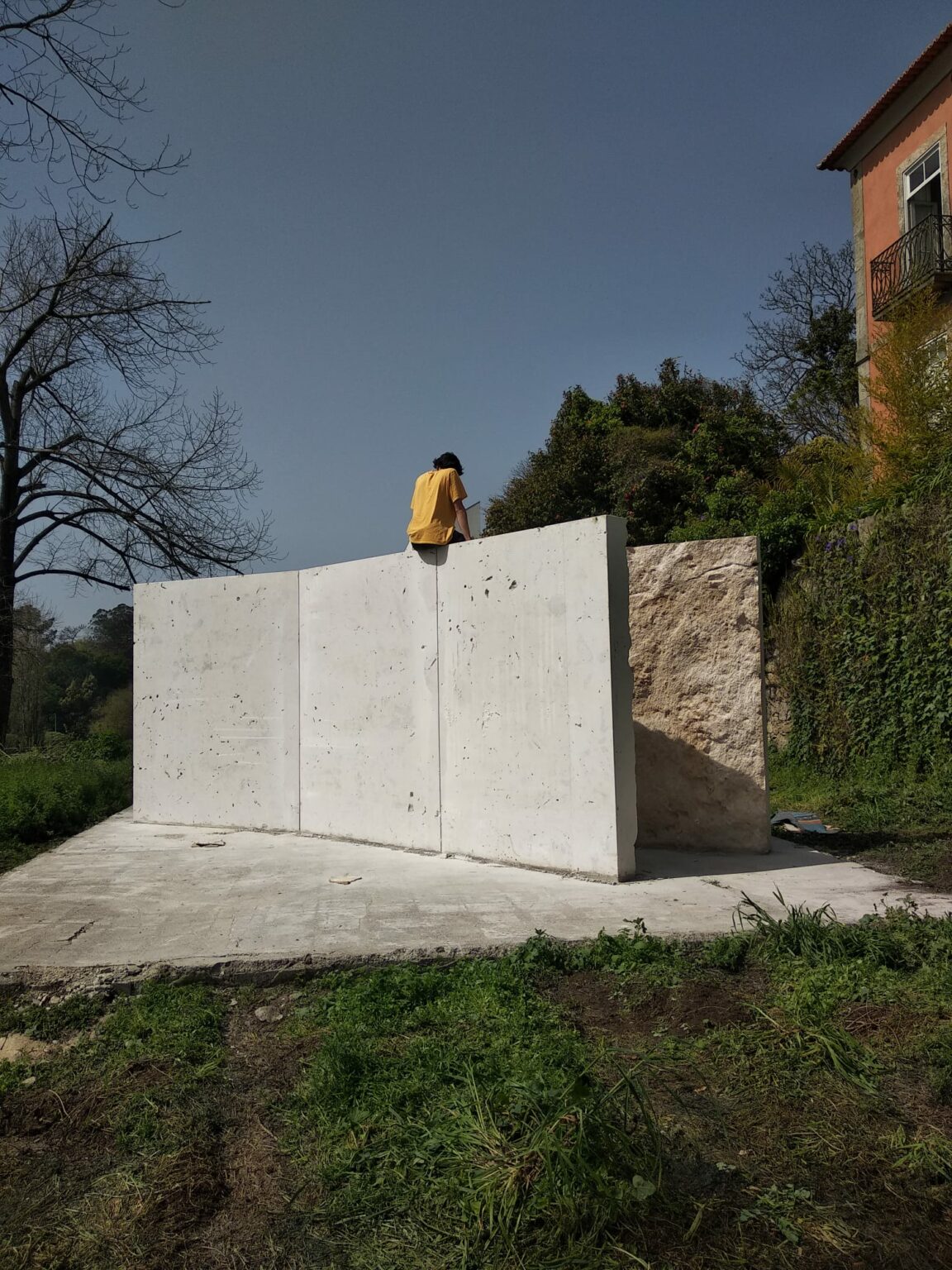 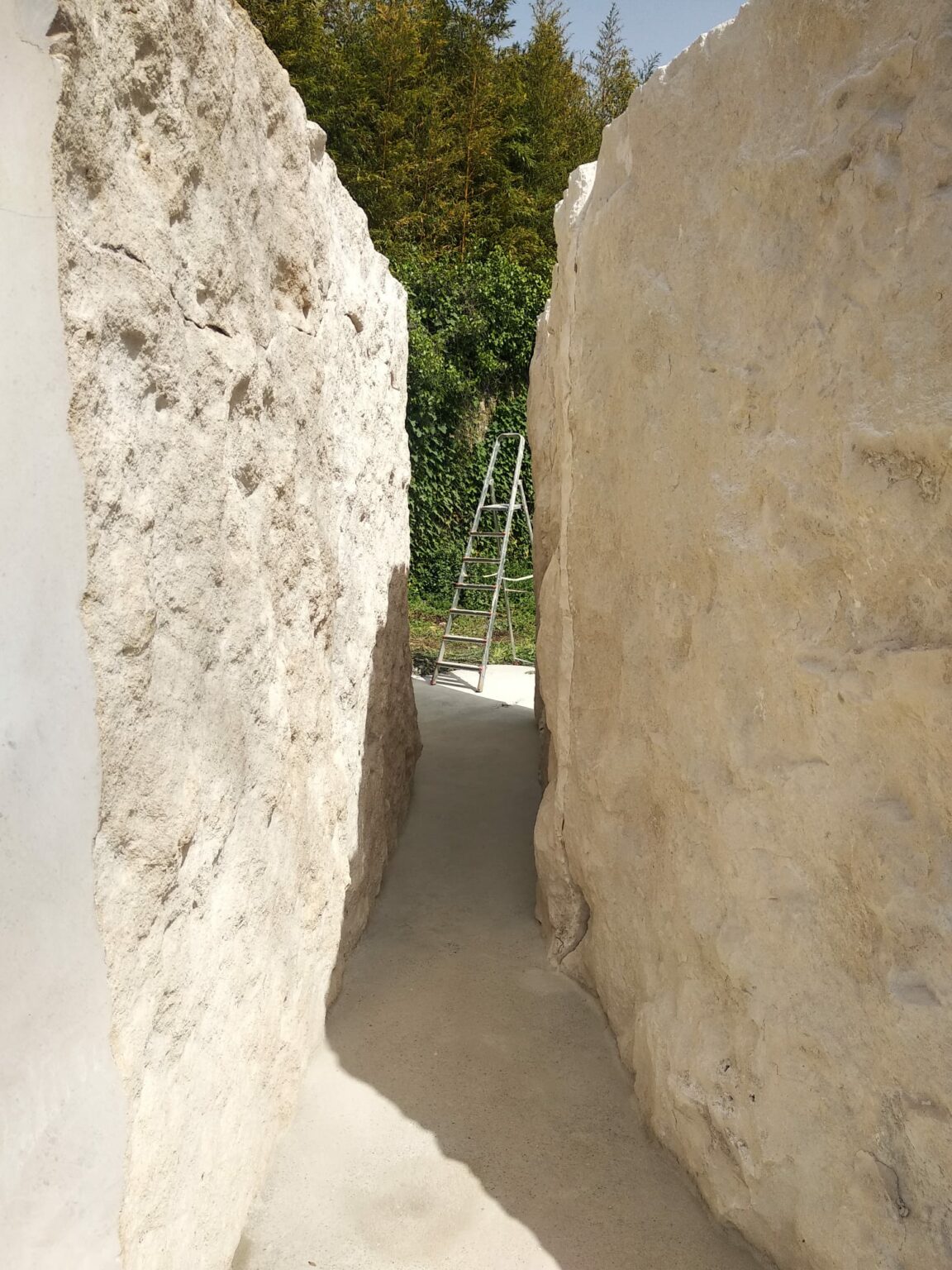 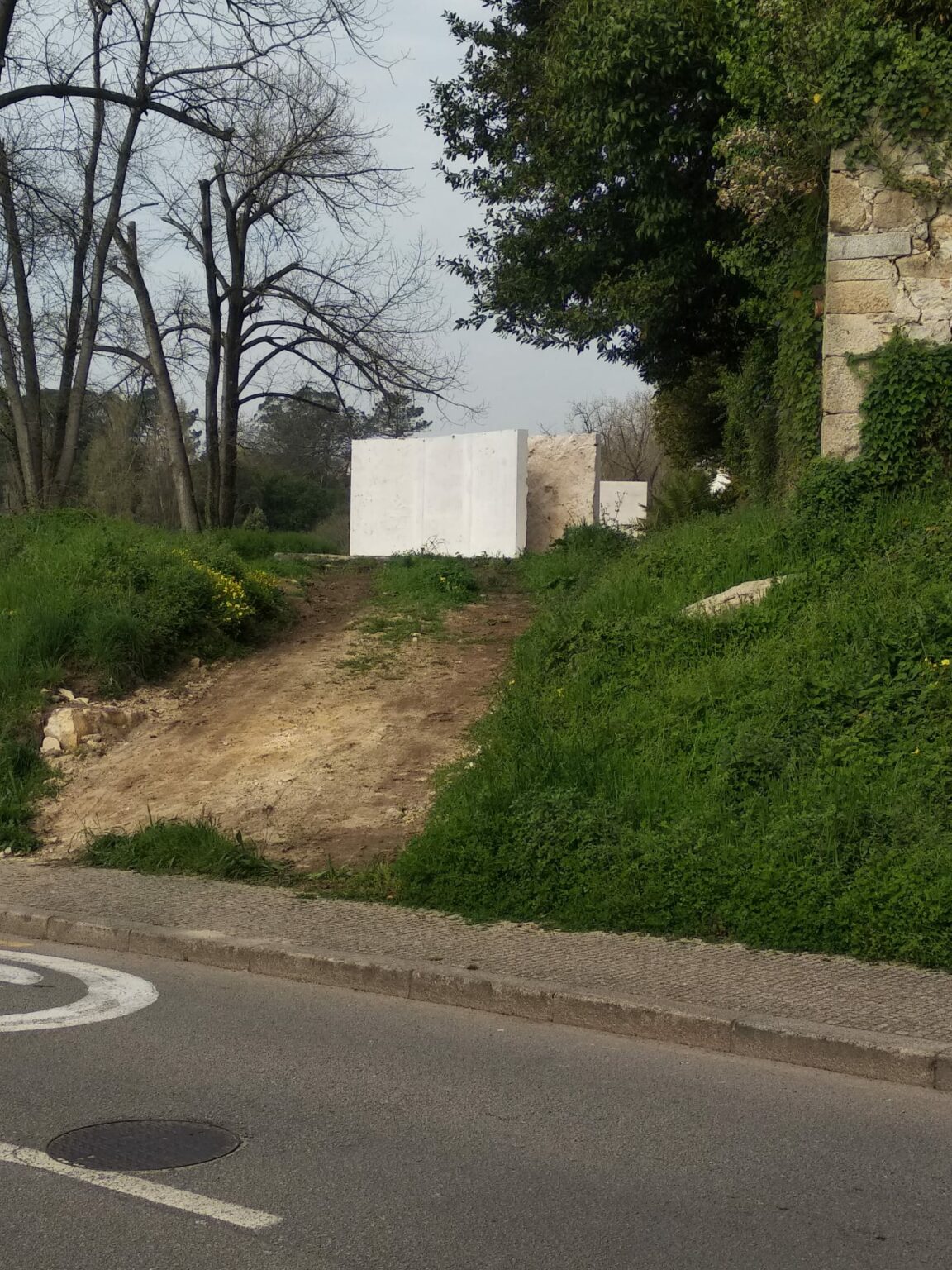 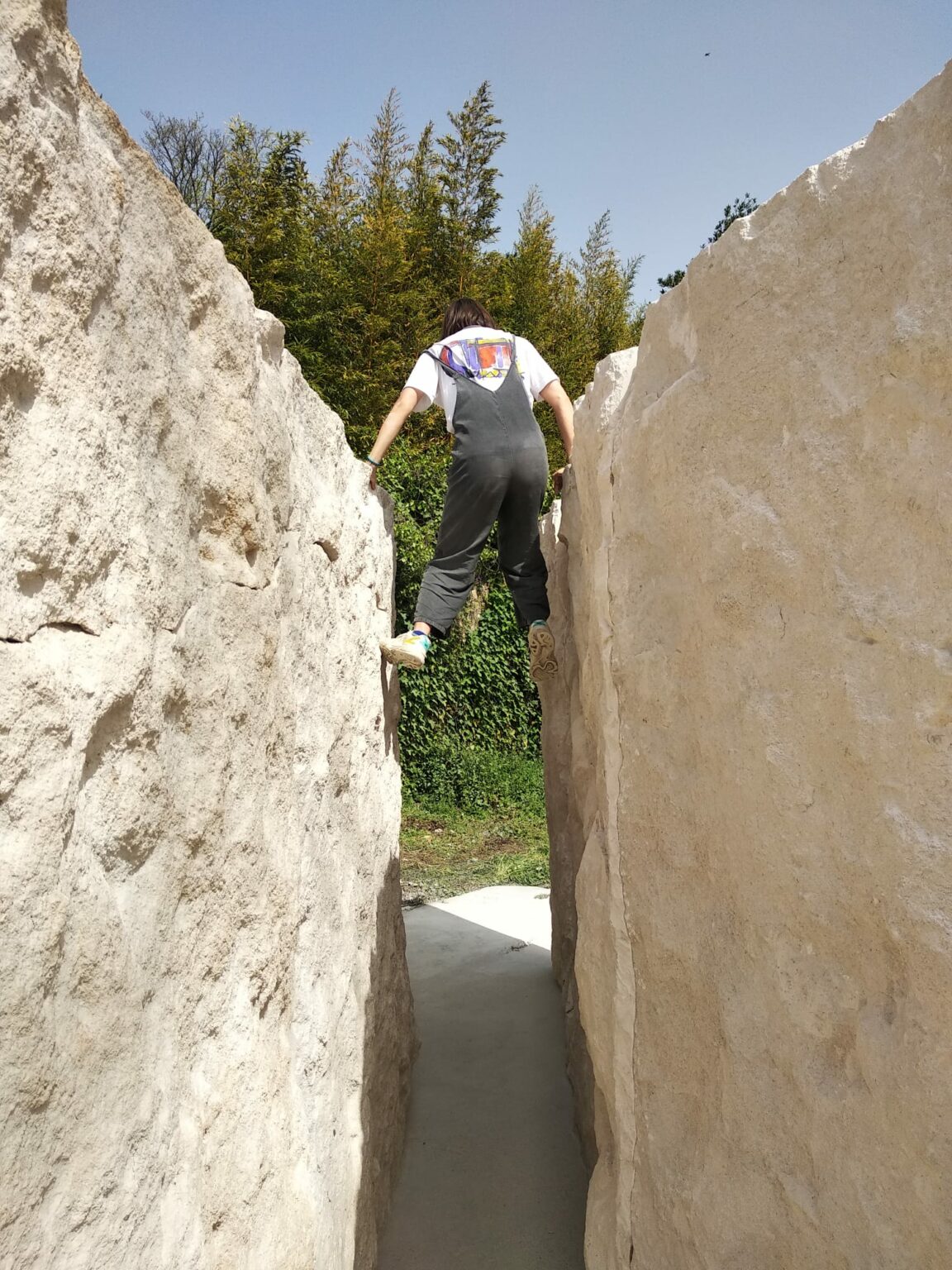