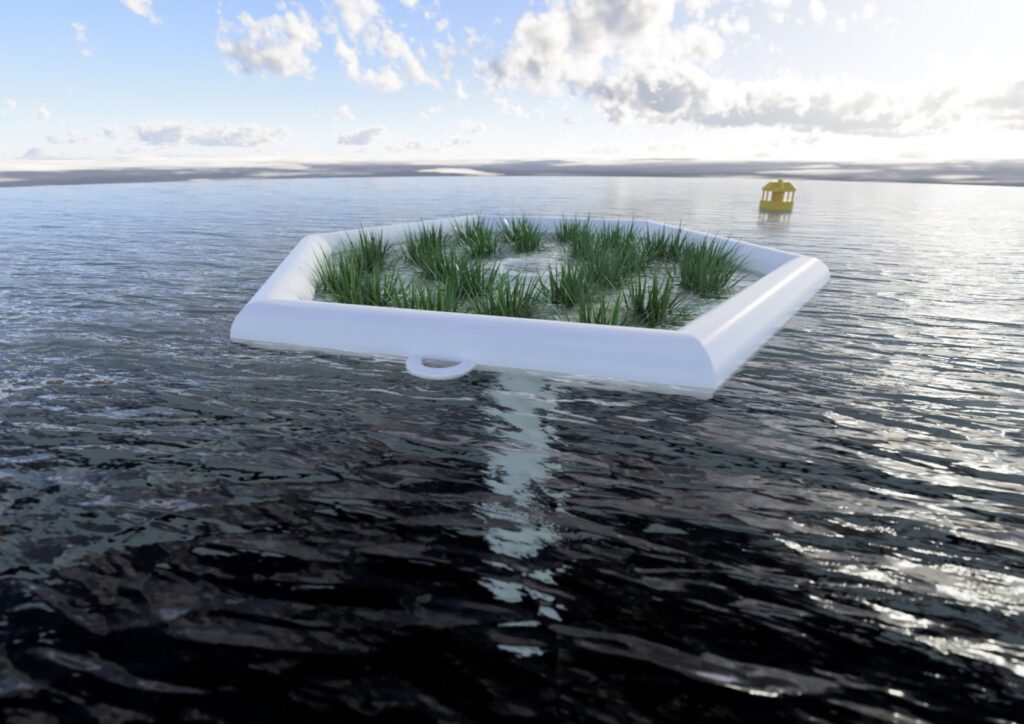 The rise of the fast fashion phenomenon has resulted in an increased use and disposal of clothes, often containing plastic materials such as polyester, nylon and acrylic. When washed, the plastic fibres which have been woven into the fabric are subject to breakages due to mechanical and chemical stresses. Tiny thread-like particles called microfibres are released into wastewater streams and travel into oceans, polluting the sea life which ingest them. Consumption of the fibres affects the animals’ ability to feed and reproduce and studies have shown reproductive and genetic issues.  Not only does this harm the sea life, but the microfibres can travel up the food chain, leading to our own health concerns. By tackling the issue of microfibres, one can reduce both the environmental impact and health hazards that they pose.

C-FILTER is the first microfibre filtration system to target the marine environment where microfibres are accumulating and causing harm to aquatic life. With many solutions aimed at stopping the fibres from reaching the ocean, none of them focus on the fibres which have already made their journey there.

The primary method of filtration is centrifugal filtration. Water is drawn into the system through the submersible pump at the bottom. The water is pushed vertically upwards and spun around the internal spiral structure. This causes a centripetal force that forces the water through the mesh as it moves upwards through the pipe, capturing the microfibres. The seagrass on the platform works as a secondary method for filtration, with it’s natural ability to filter microplastics. In addition, the seagrass is a great carbon sink, absorbing almost 6kg of CO2 per year.

C-filter marries together passive and active filtration to create a 2-tier filtration system which effectively collects microfibres on a macro scale. Powered by renewable energy sources, the system can be implemented in multiple locations and is fully submersible to target zones with higher densities of microfibres, maximising capture. 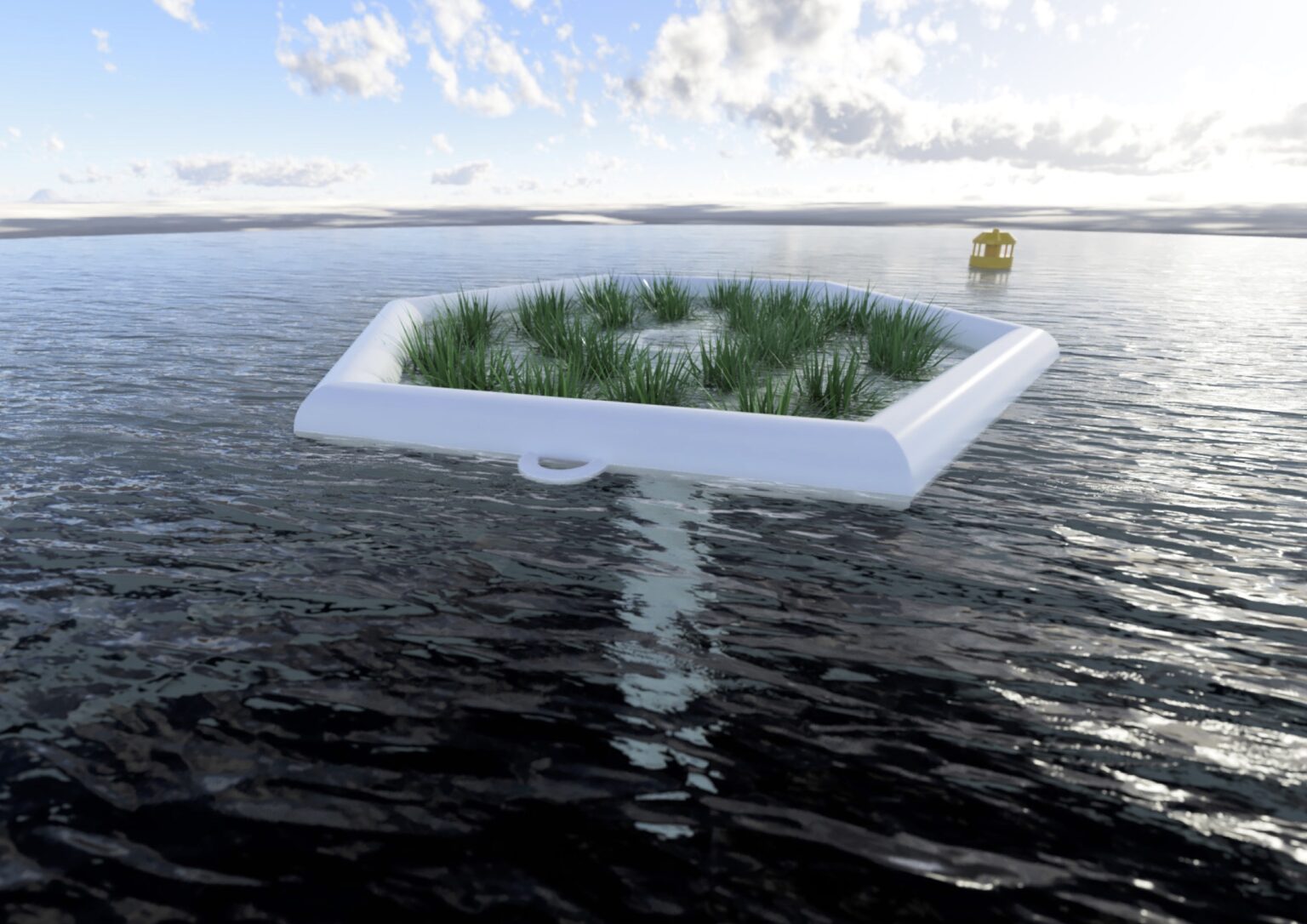 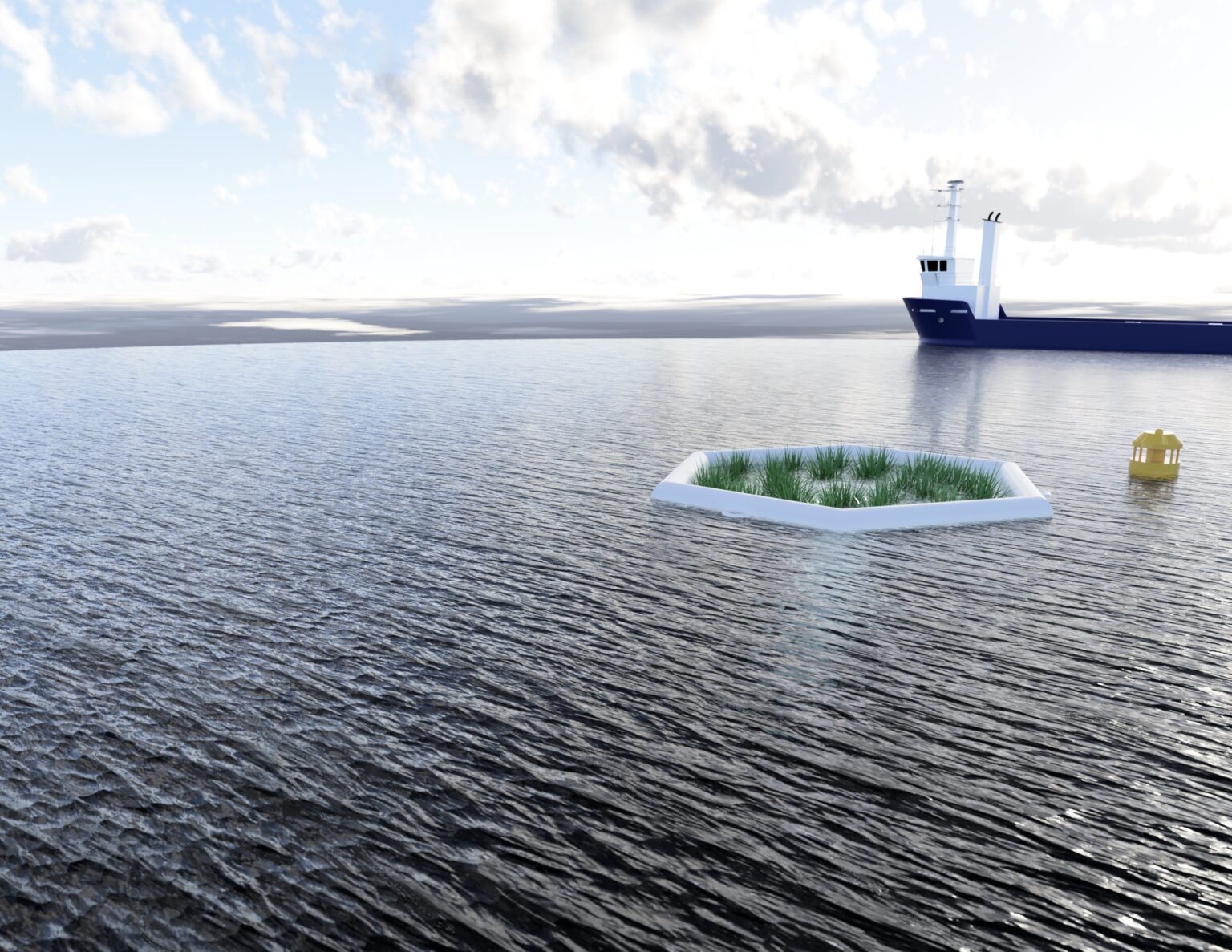 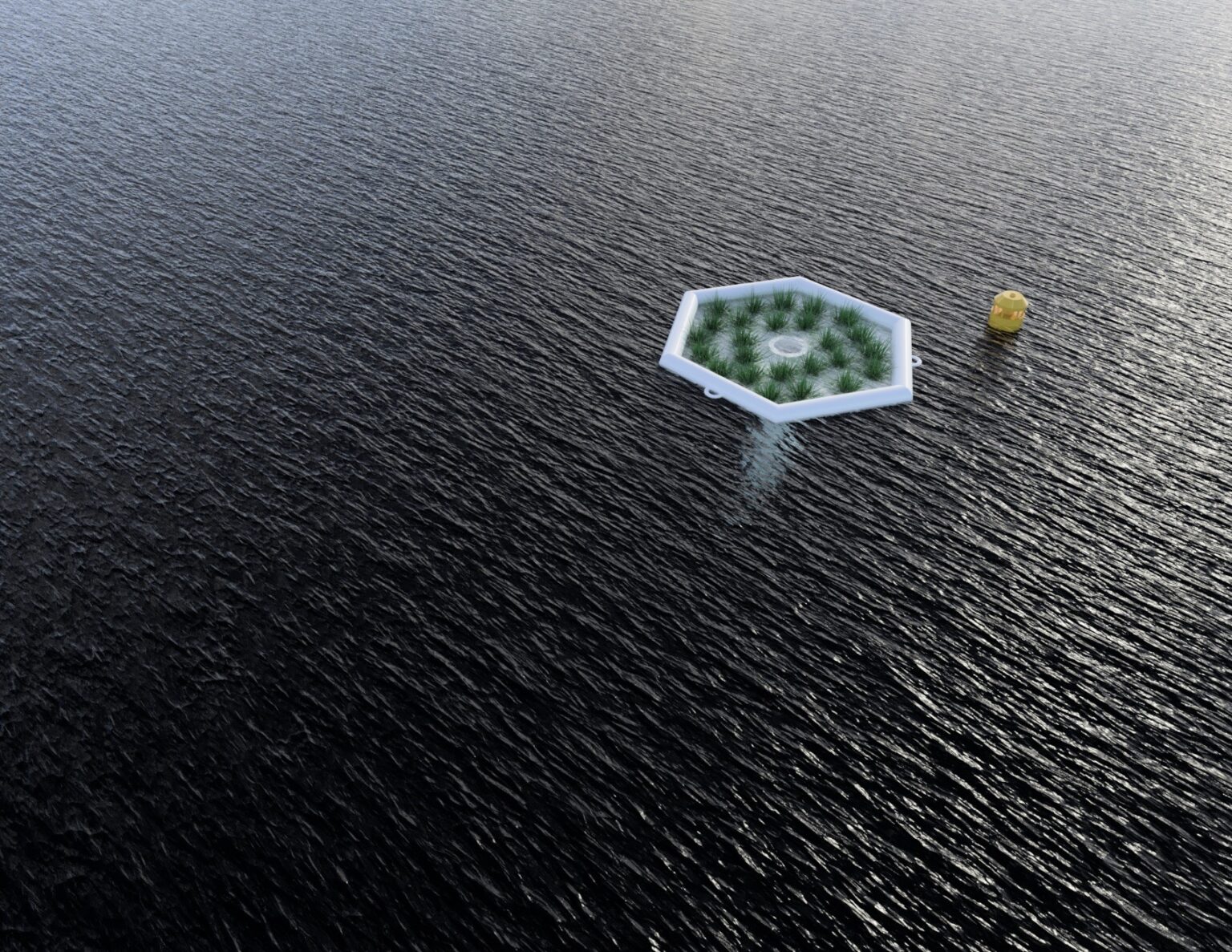 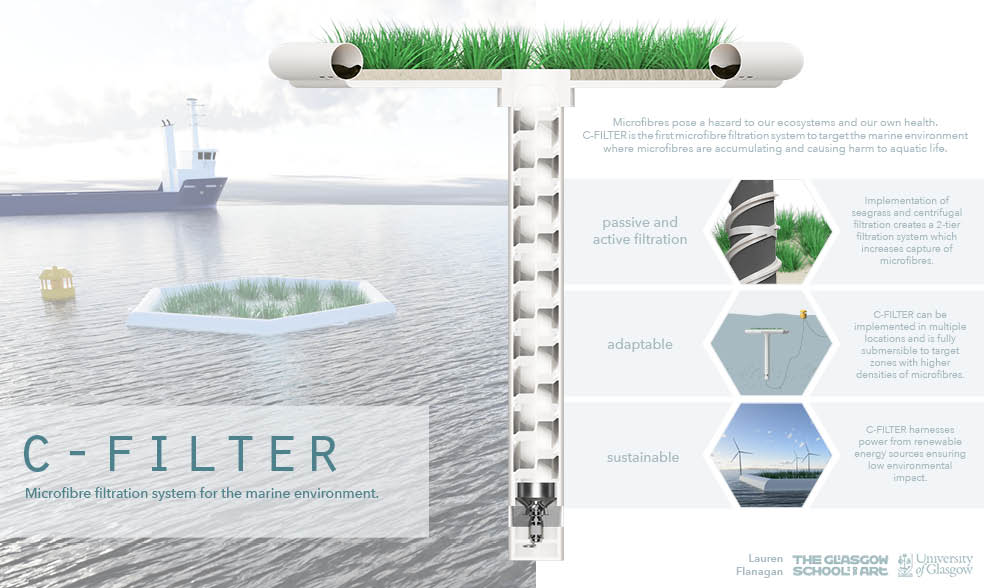 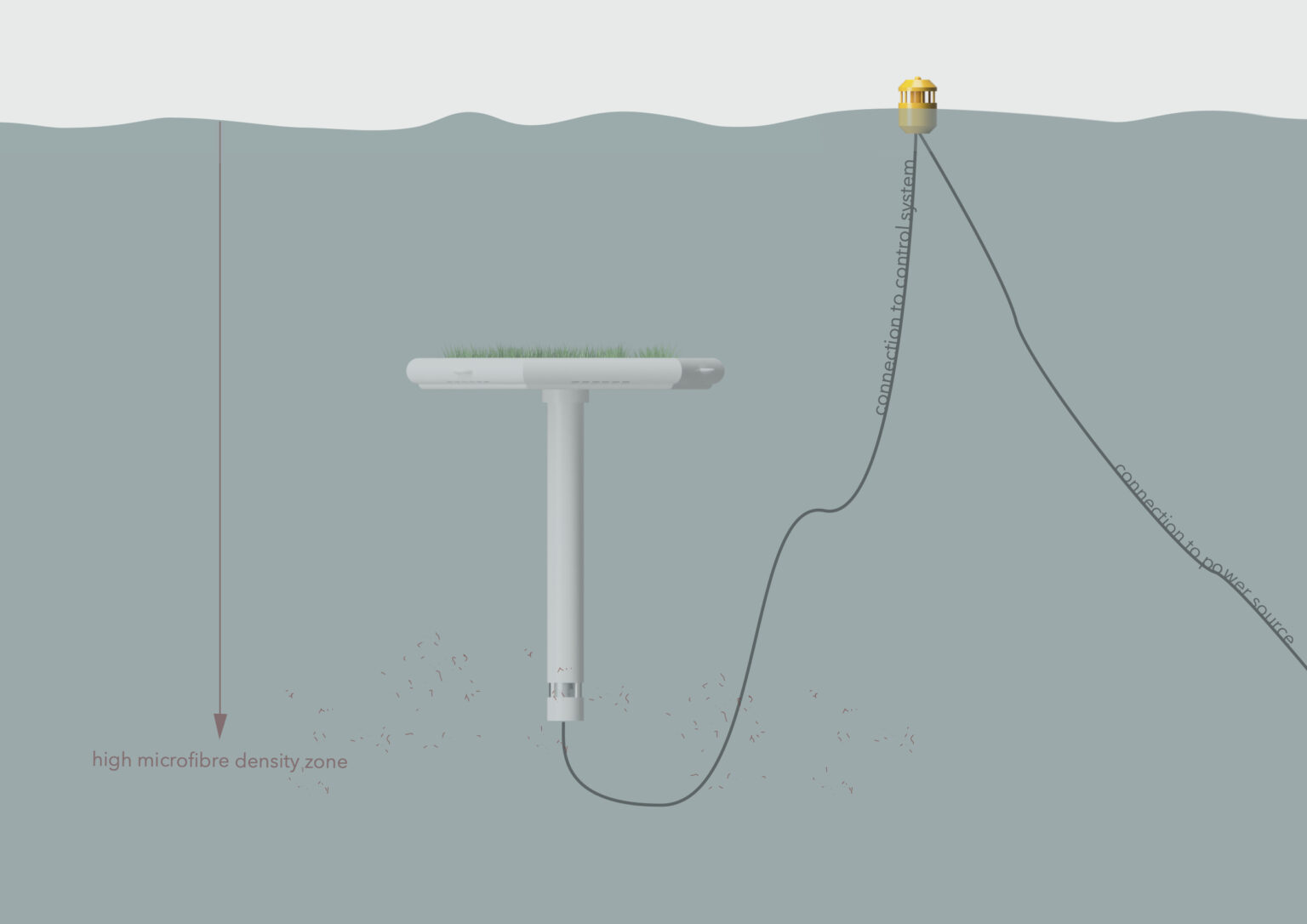 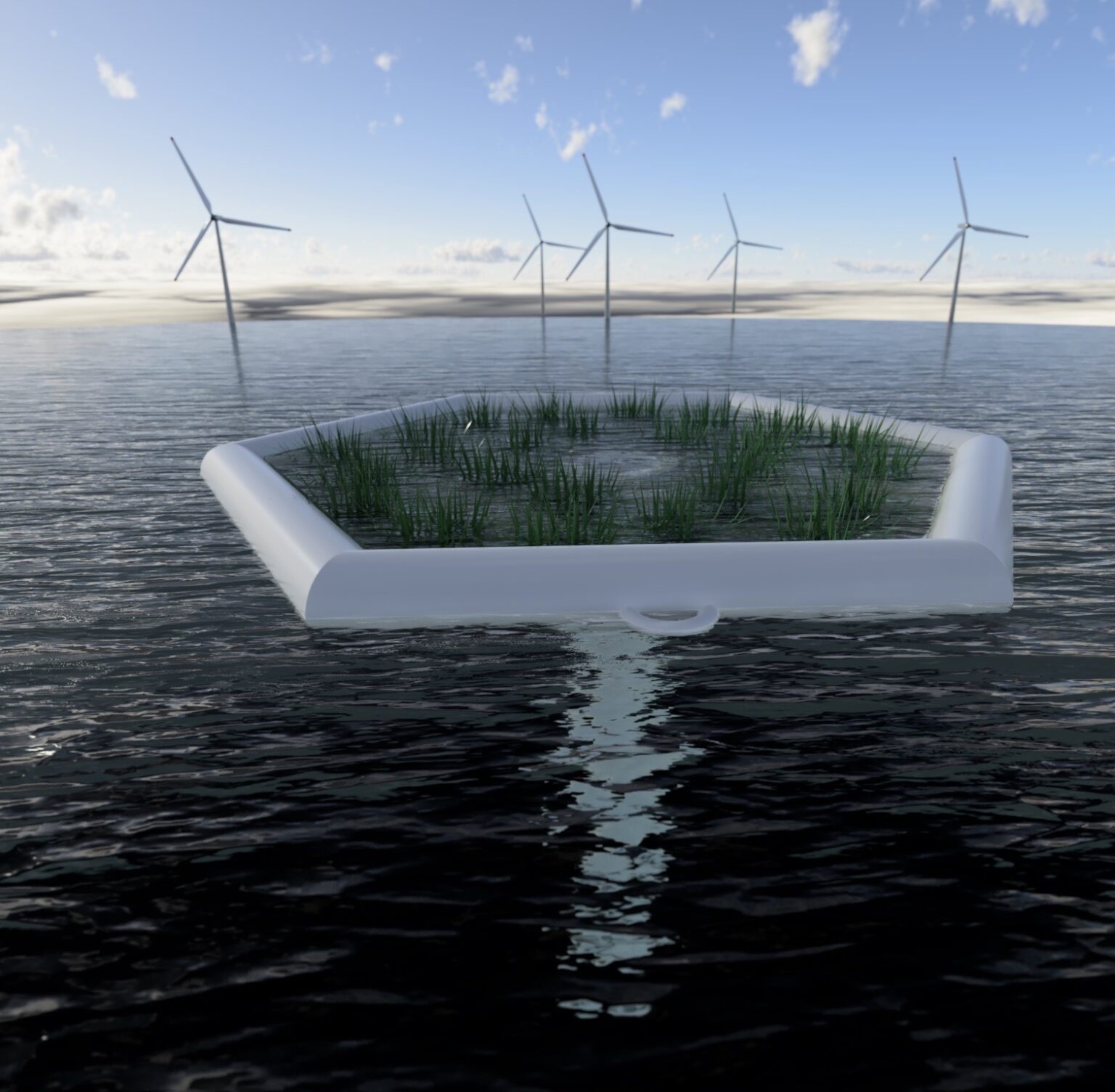