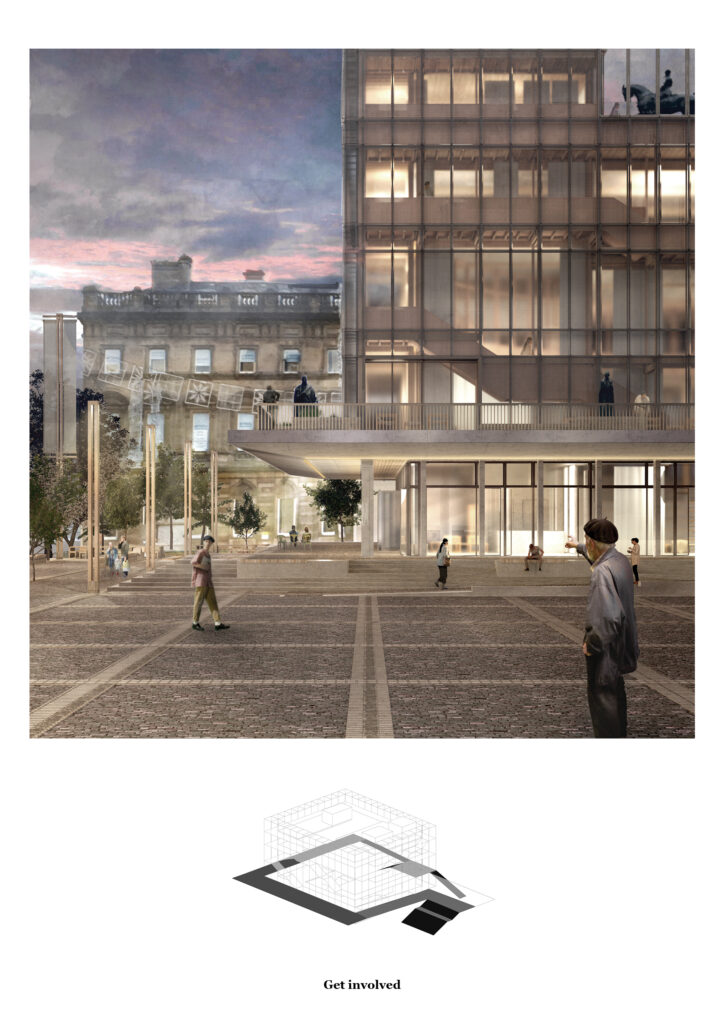 She has previously completed her Bachelor of Science with Distinction at Robert Gordon University, Aberdeen in 2018, having studied a semester abroad in Amsterdam during her second year. During her two years in practice as a Part I, she worked for a Birmingham based practice Glenn Howells Architects on a wide variety of leisure and residential projects of all scales.

During her years of architectural education across the UK and Europe, she has learned to respect and learn from the widely understood context, creating architecture that strives to be contextually sensitive and respectful to local communities.  She is inspired by the symbolism of pre-conceived architectural forms and the during her final year investigated how a new democratic type form could be established while disassociating itself from the ornamental architecture of governance. Recognising the importance that built heritage has in forming the identity of places, she has developed a passion for creating sustainable architecture that respects its historical context, utilising existing structures whenever possible.

In her last year in education, she hopes to further her understanding of the impact revitalisation can have on the authenticity and integrity of areas.

The political climate of 2022 is heavily influenced by the issues relating to climate change, pandemics, economic downturns and terrorist threats. Our elected politicians are increasingly distancing themselves, putting guards at the doors and surveillance at their fences. From behind those fences, social media is hailed as the transparent medium of dialogue and social gathering. However, in the digital agora, the truth is often veiled by ‘individual truths’ and made unclear by the overwhelming amount of contrasting ‘facts’.

The thesis asks whether the platform that is currently given to social media could be built in real life, in a shape of a transparent, modern civic centre for Glasgow and the UK. As political speech remains unclear and multidimensional and democratic involvement remains low, a place to discuss and express opinions, reiterate facts, learn and confront our governments and ourselves is urgently needed.

This thesis aims to establish a house for dialogue of multiple scales to bridge the political divide within the polarised society. Learning from the existing semantics of the architecture of governance and recognising its associated meaning, it proposes a new typology that investigates themes of transparency and accessibility of public buildings. Located opposite City Chambers, it provides an opportunity to involve a broader demographic and create a more ‘domesticated’ setting for democracy.

Showcasing activity within the project by incorporating a circulation zone wrapped around a transparent facade allows increased involvement with the democratic processes. At the same time, multiple levels of publicly accessible terraces provide an extension of George Square. 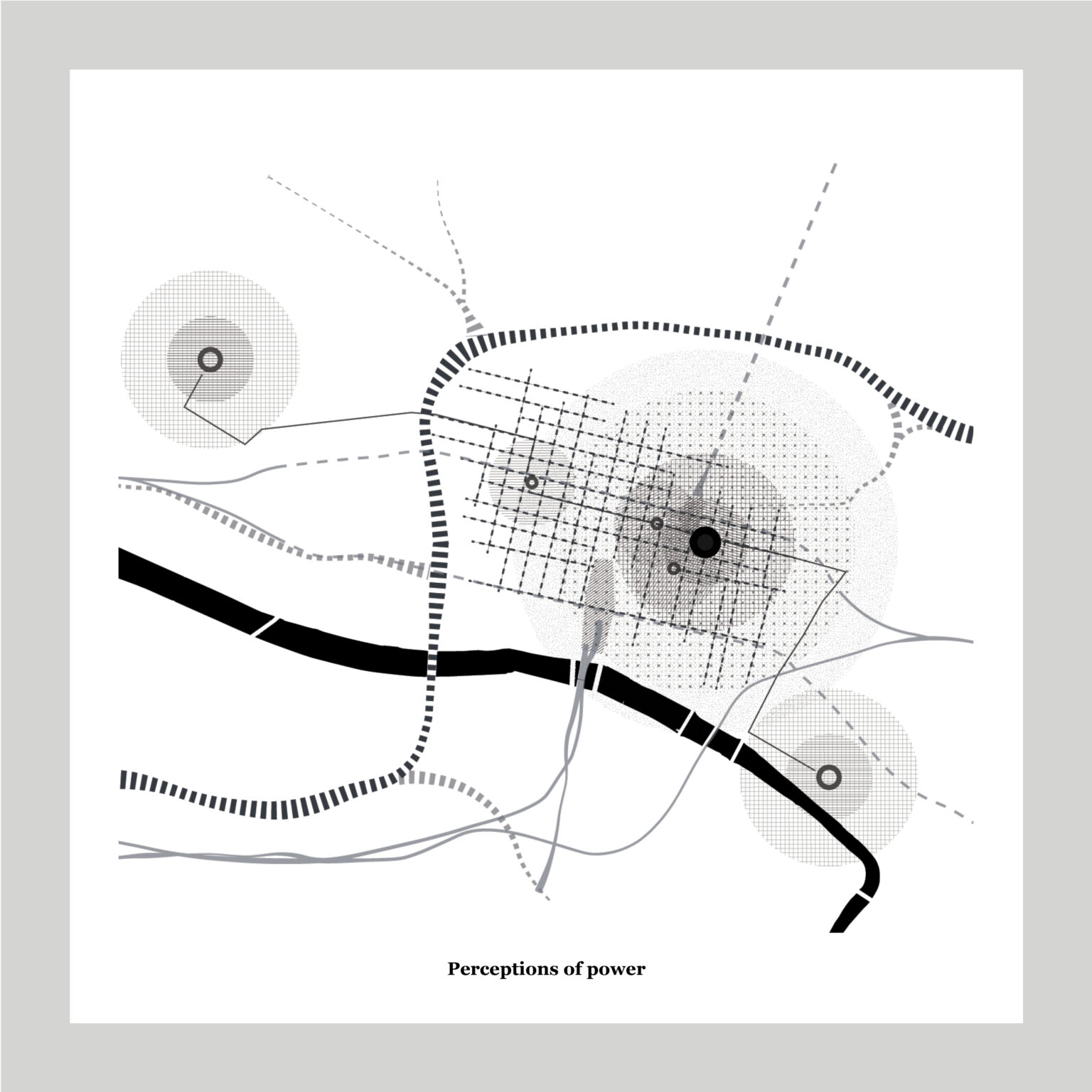 1 of 15
Previous Next
Close 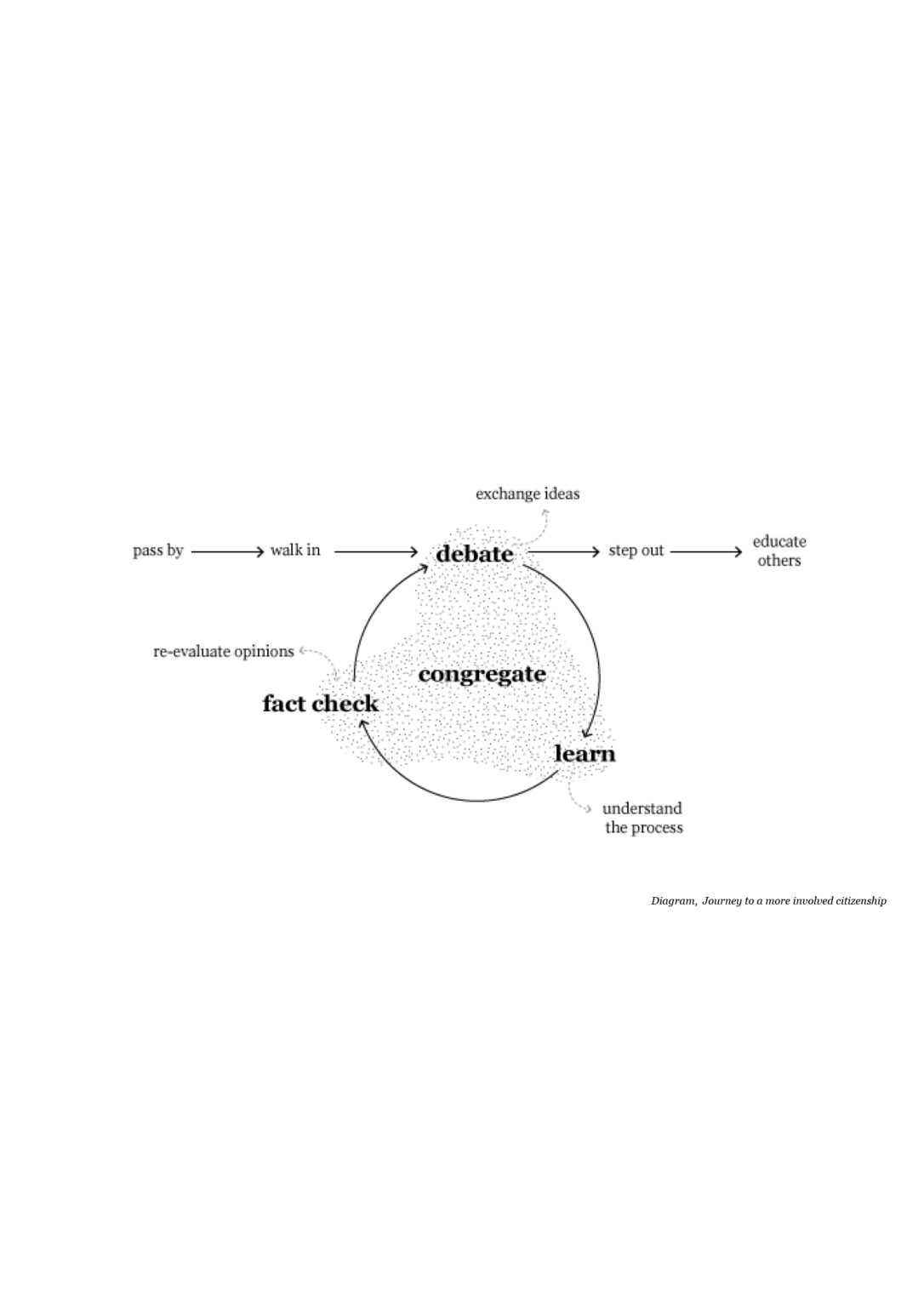 2 of 15
Previous Next
Close 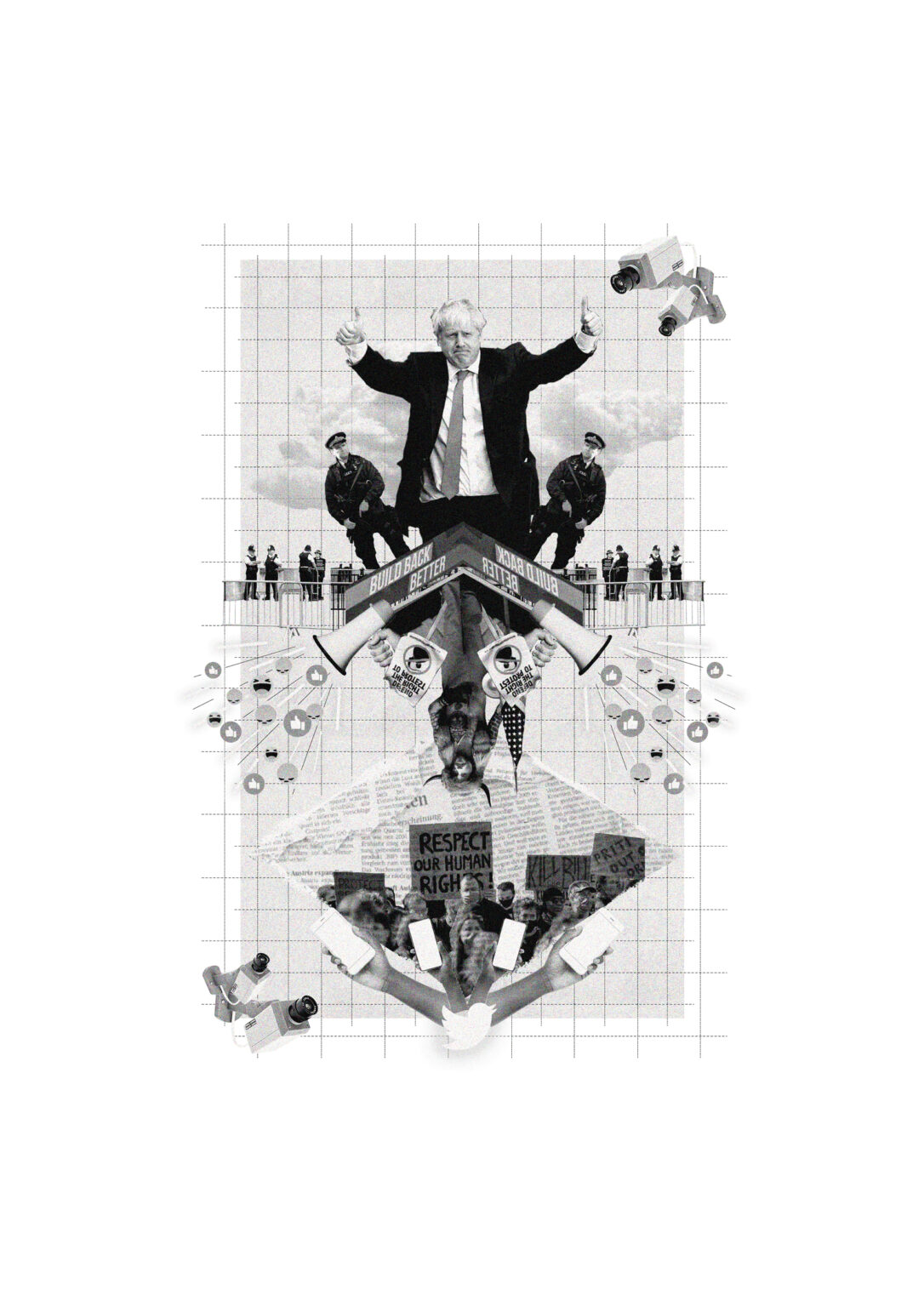 3 of 15
Previous Next
Close 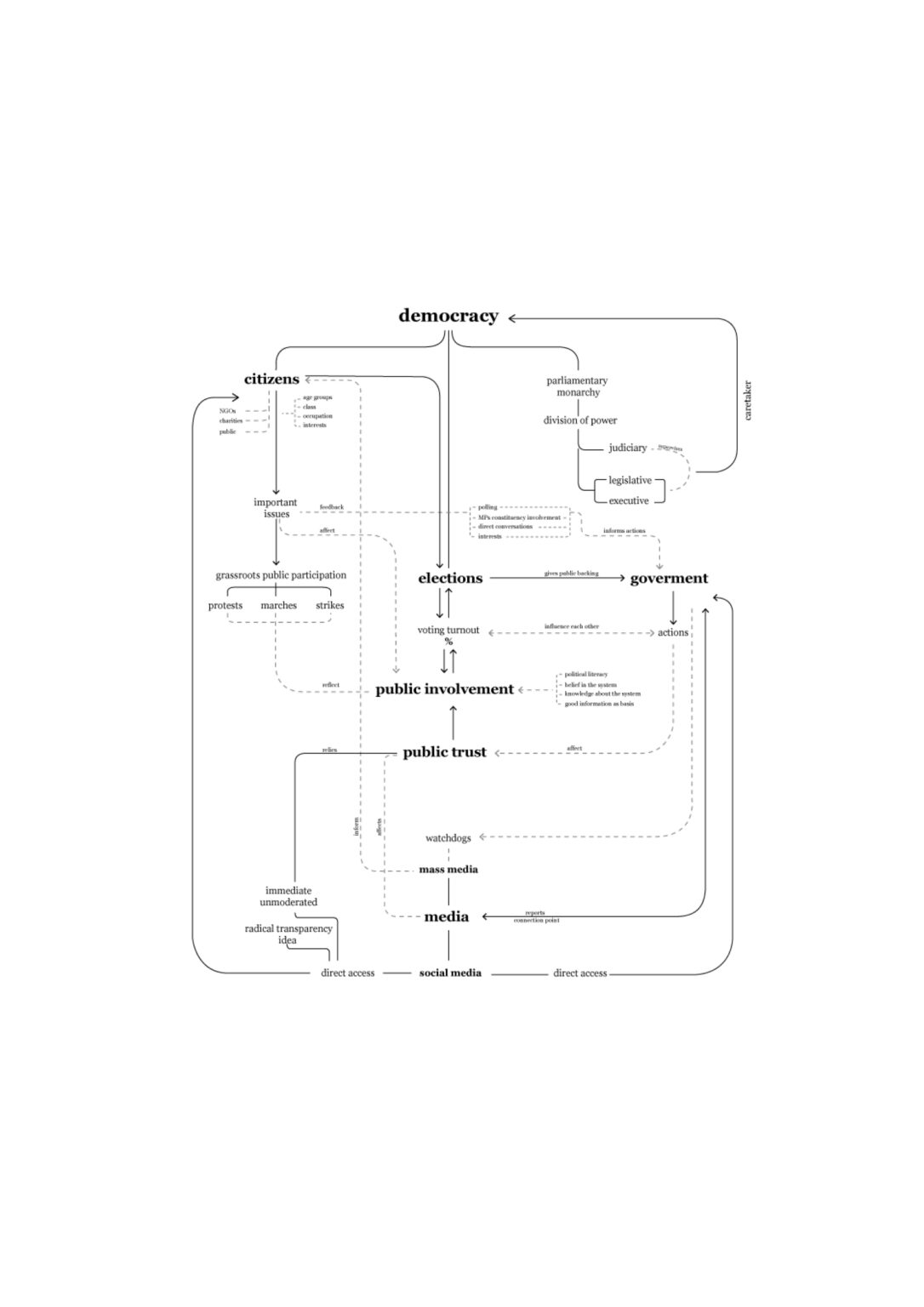 4 of 15
Previous Next
Close

5 of 15
Previous Next
Close

6 of 15
Previous Next
Close 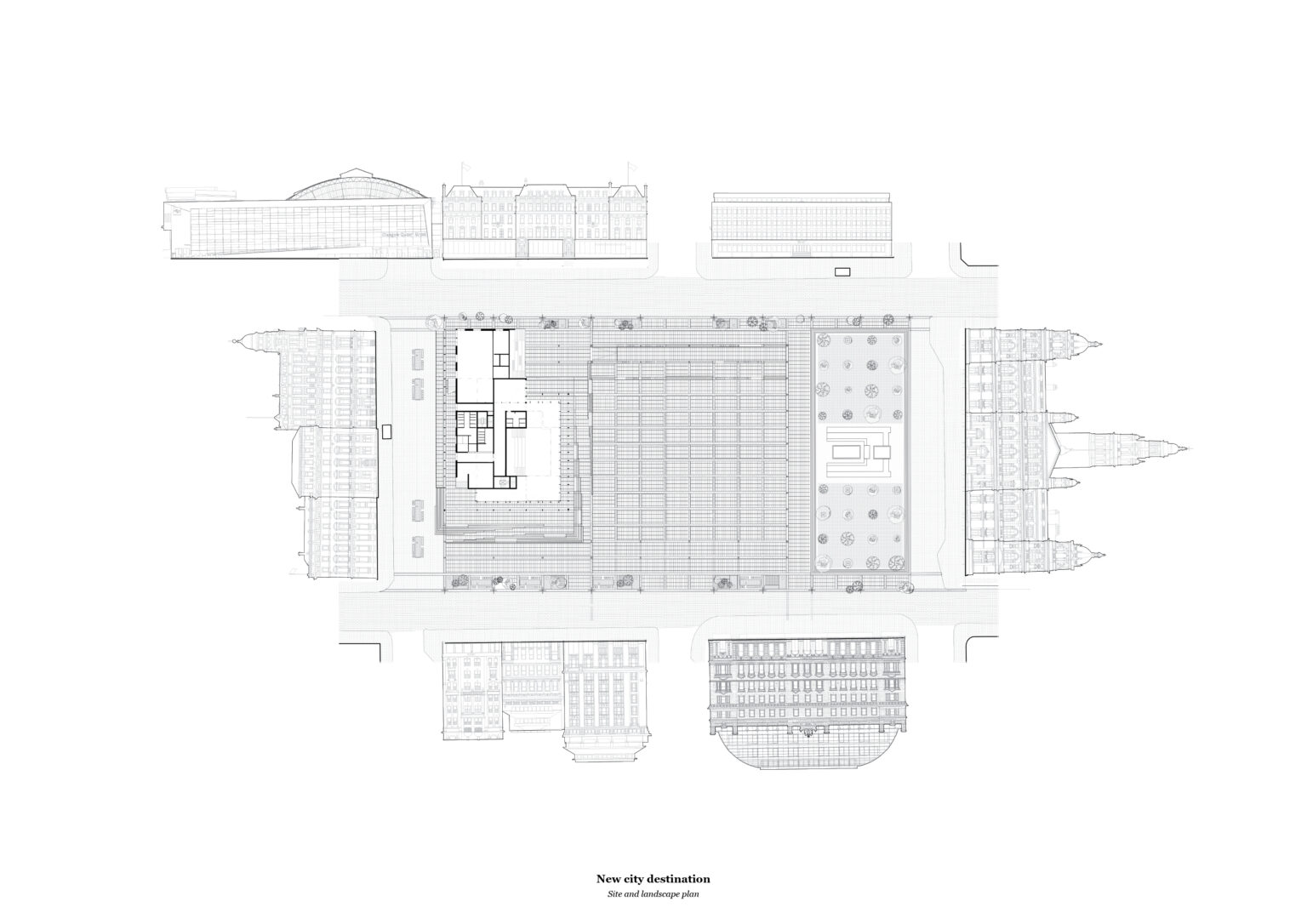 7 of 15
Previous Next
Close 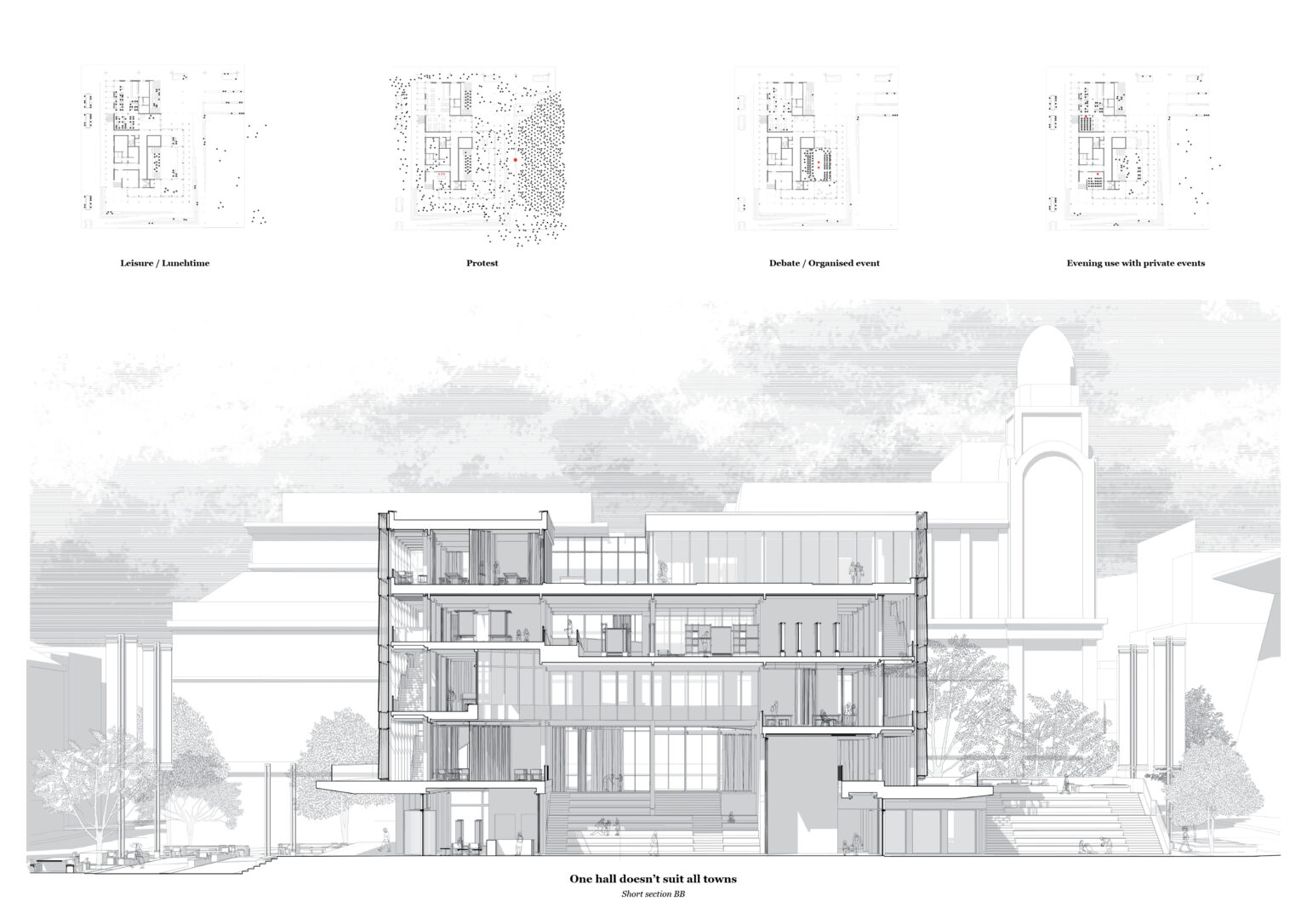 8 of 15
Previous Next
Close

9 of 15
Previous Next
Close 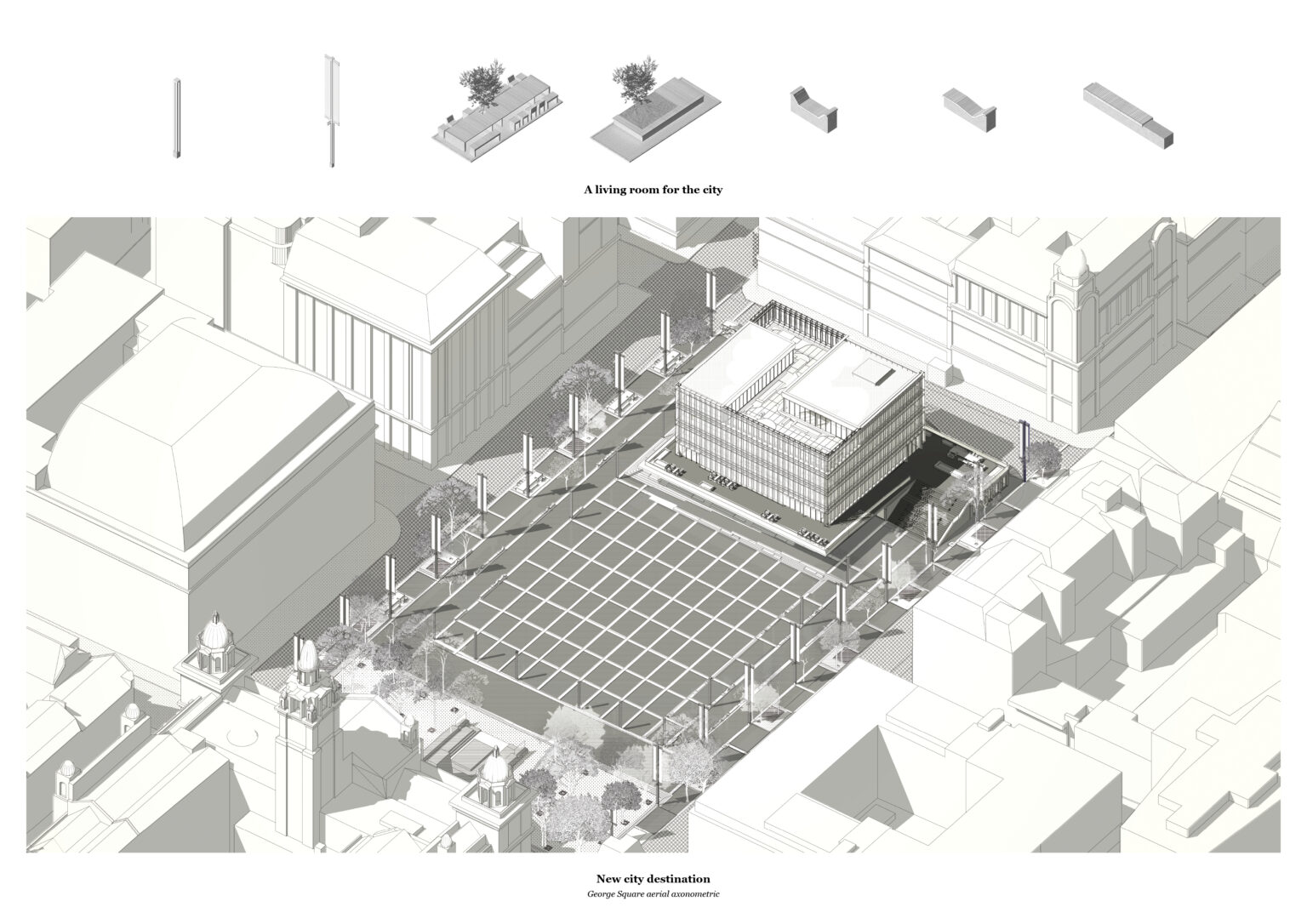 A new living room for the city 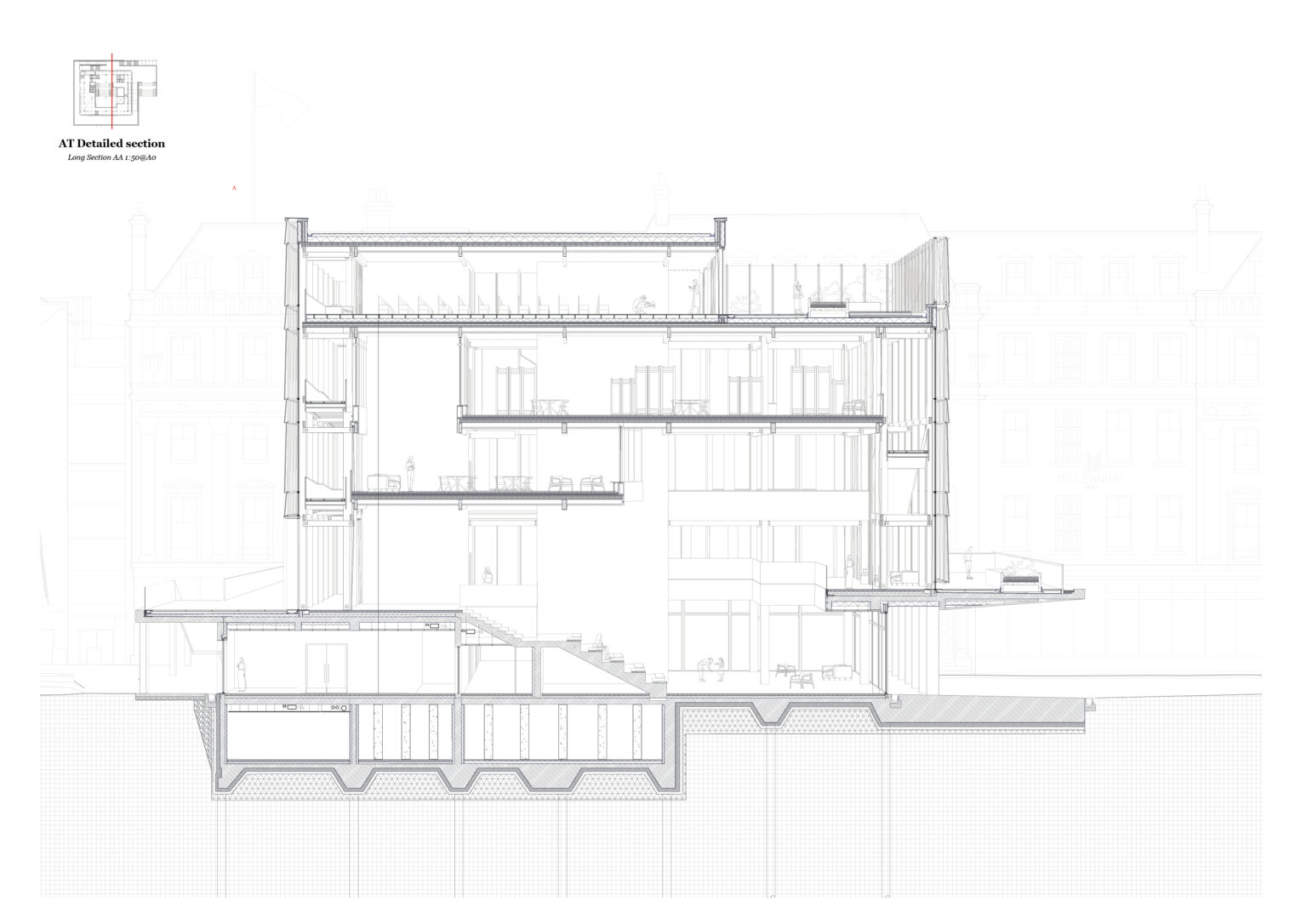 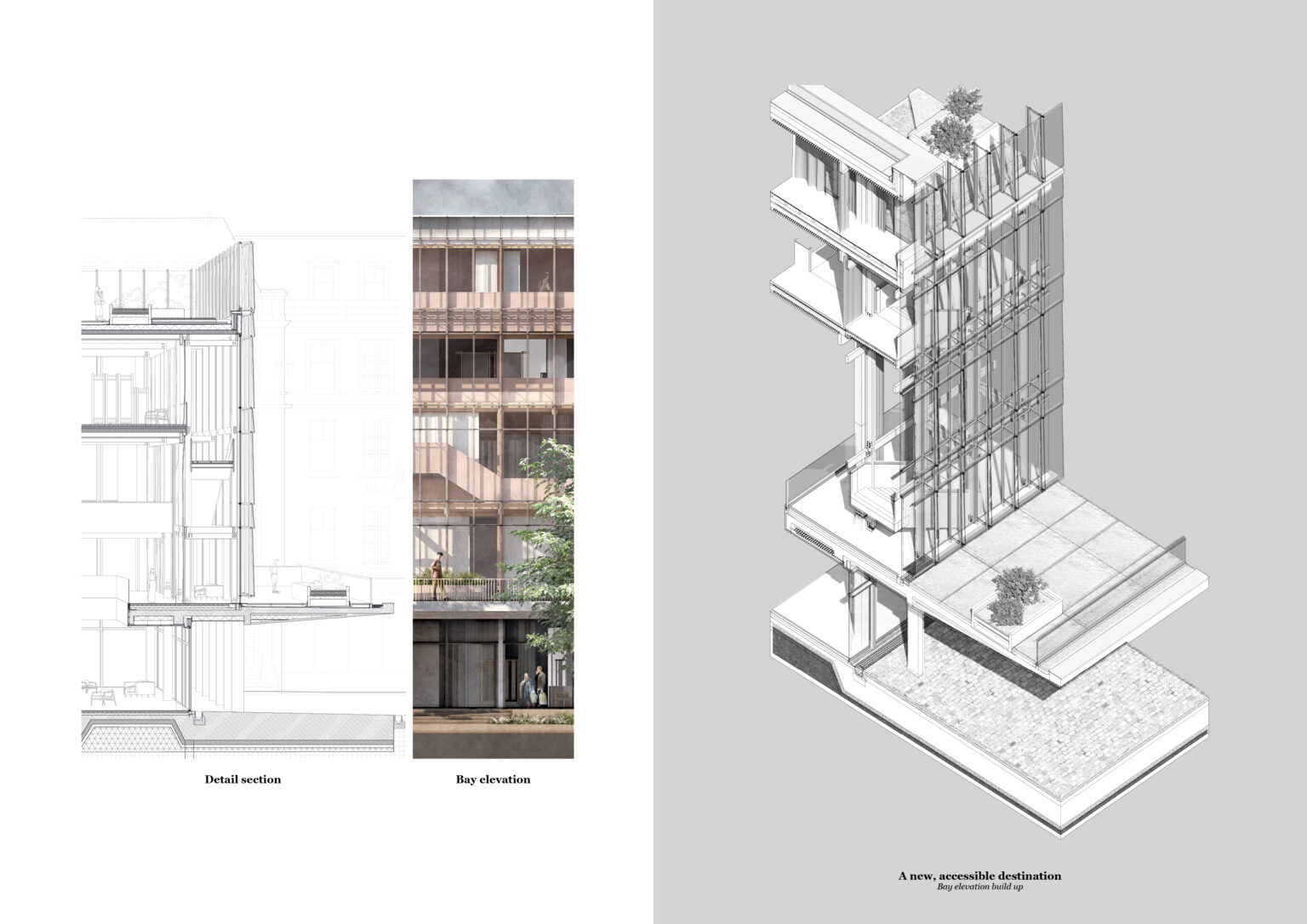 A façade for the future 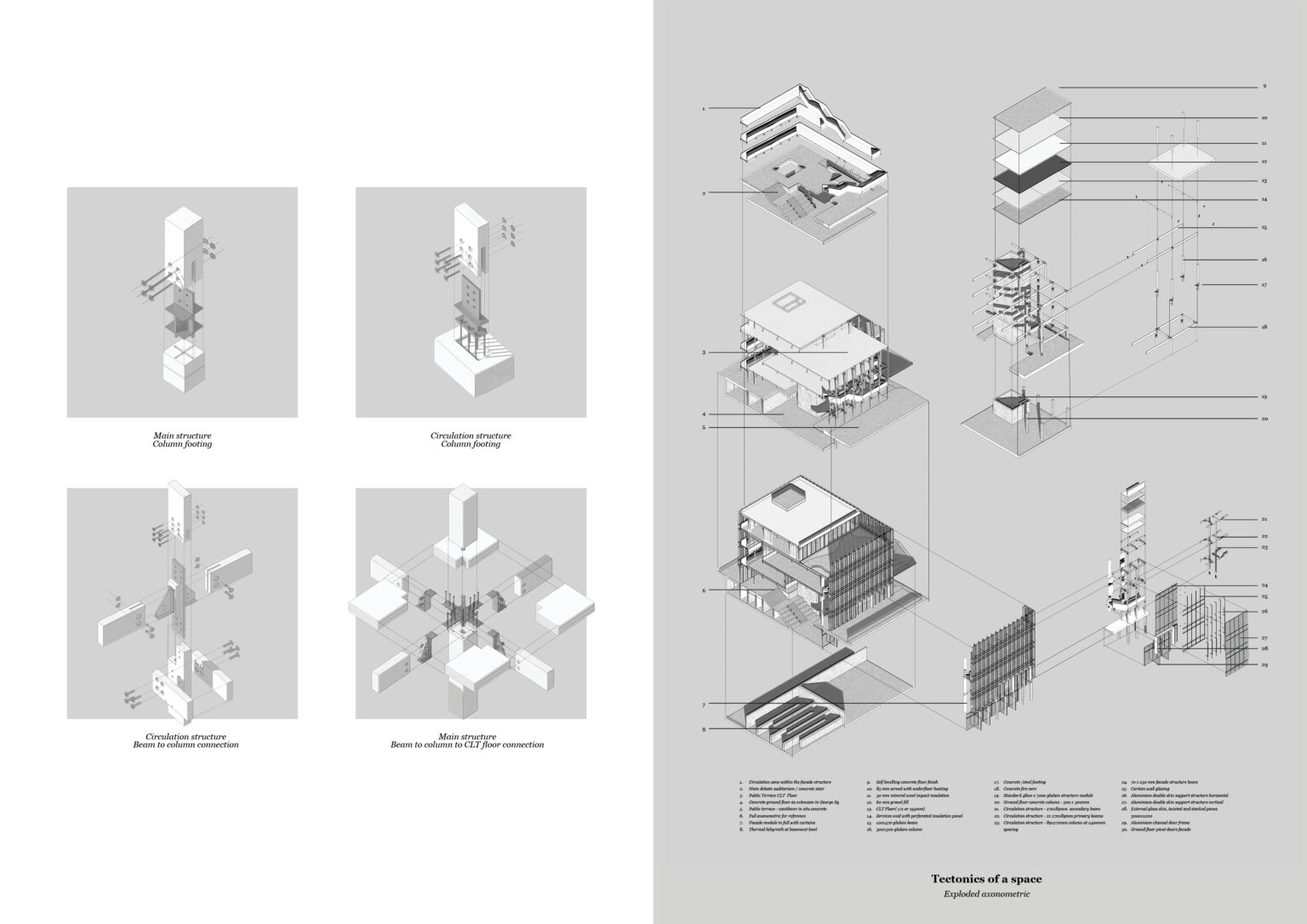 Tectonics of a new civic building