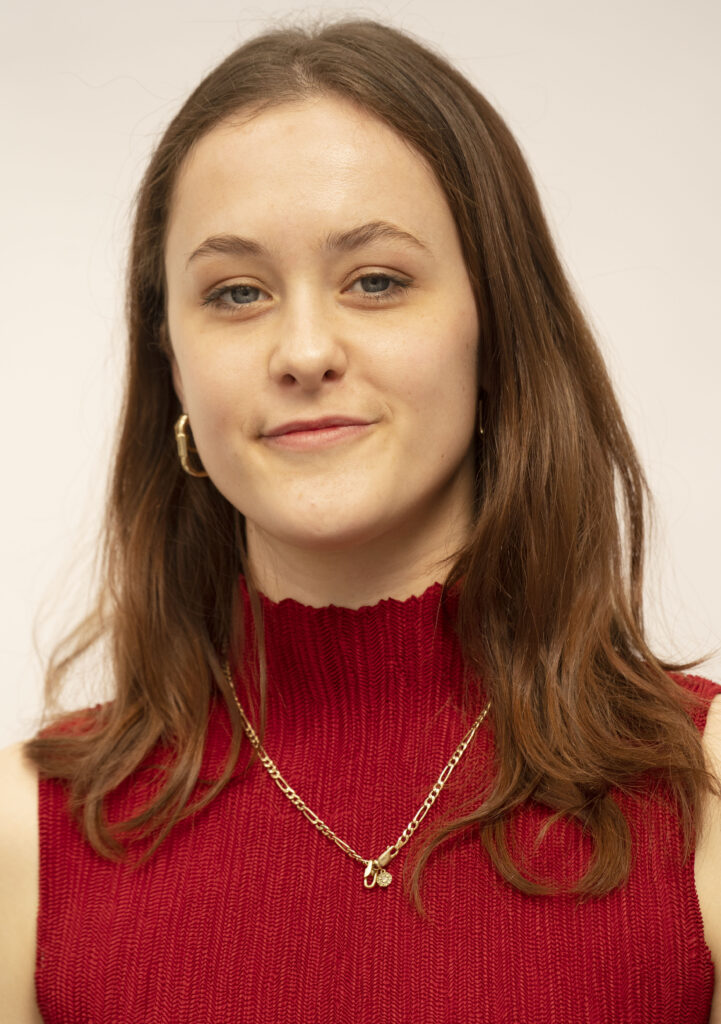 This is a speculative future project, set in 2031. This project imagines a future where the UK Government is making soil health a priority, responding to this research:

“UK soils currently store about 10 billion tonnes of carbon, roughly equal to 80 years of annual UK greenhouse gas emissions. Industrial activity has caused fertile soil to lose about 40-60% of their organic carbon. The Mycelium networks underground that connect species can increase soil carbon retention by 50% in less than two years.”

Cities in this future have been ‘depaved’ meaning that concrete and impermeable surfaces have been removed, exposing the soil to allow it to regenerate. The Health Underground initiative is in response to this depaving, led by Glasgow City Council, using biomonitoring to improve soil health in the city.

The initiative uses mycelium pads dispersed throughout different areas of the city. These pads are then soaked with nutrients such as magnesium and sulphur, which then transfer the nutrients from pedestrian’s feet to the depaved soil. These nutrients then provide sustenance for mycelium networks in the soil, strengthening their network and in turn improving soil quality. 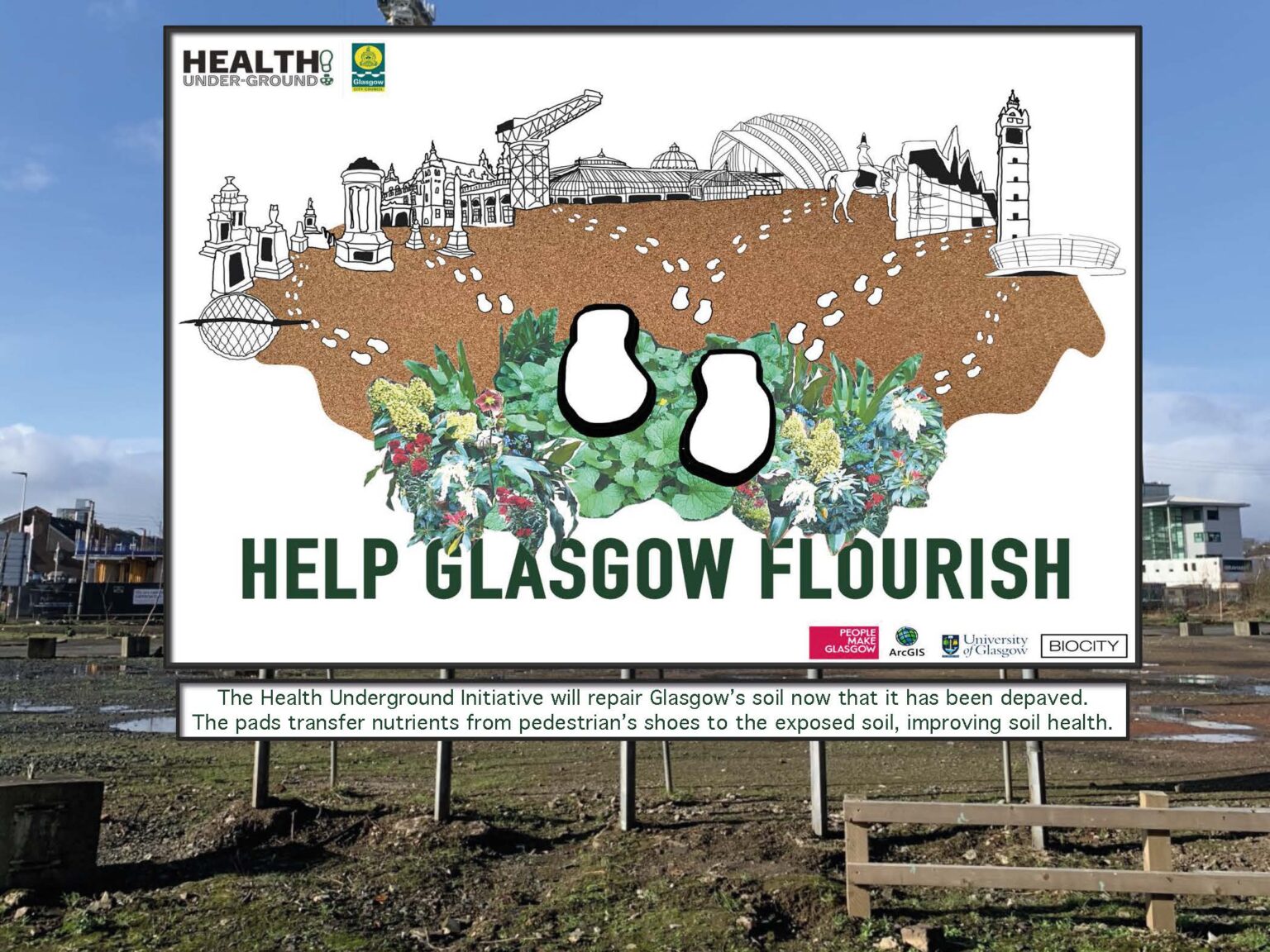 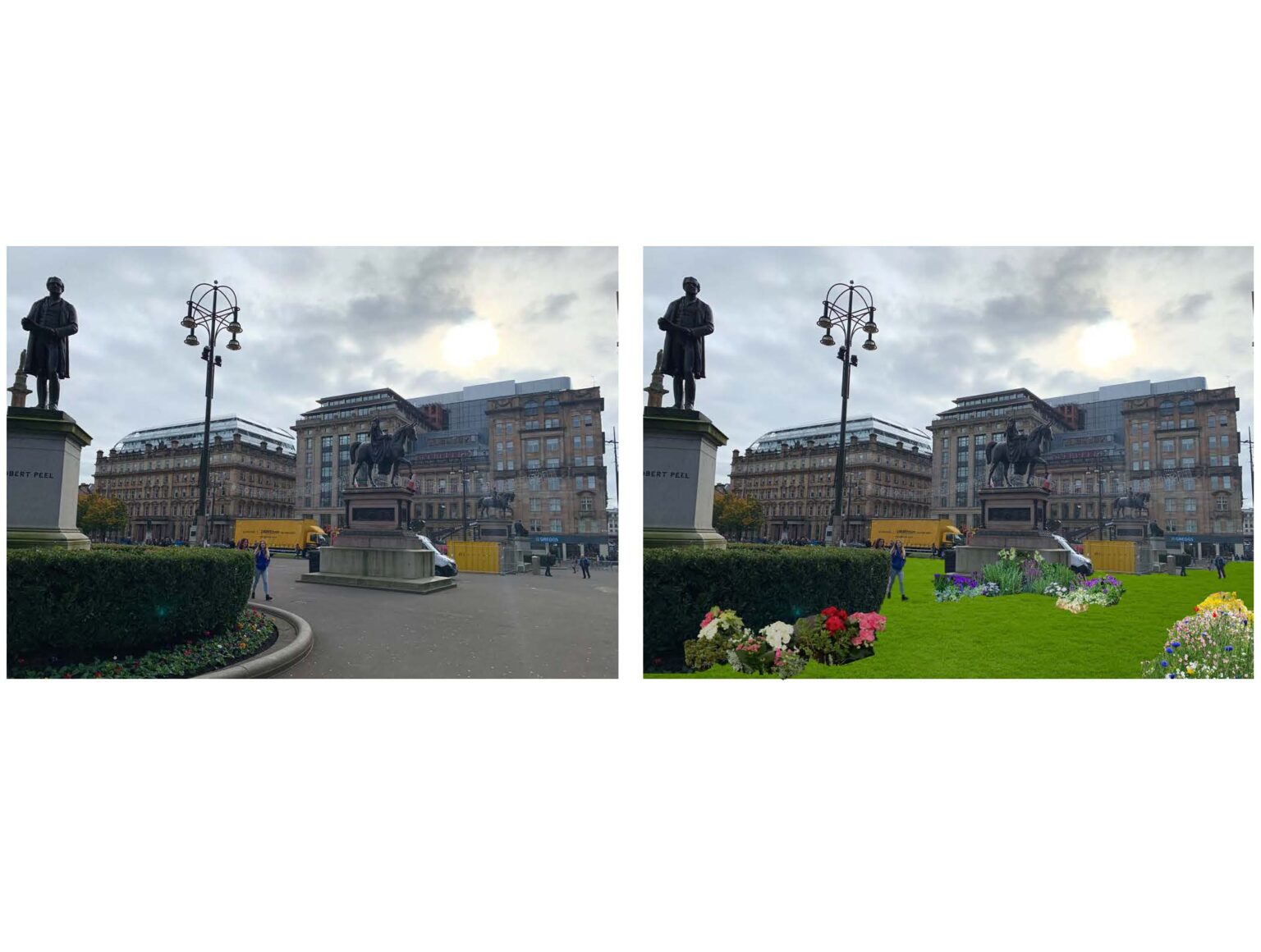 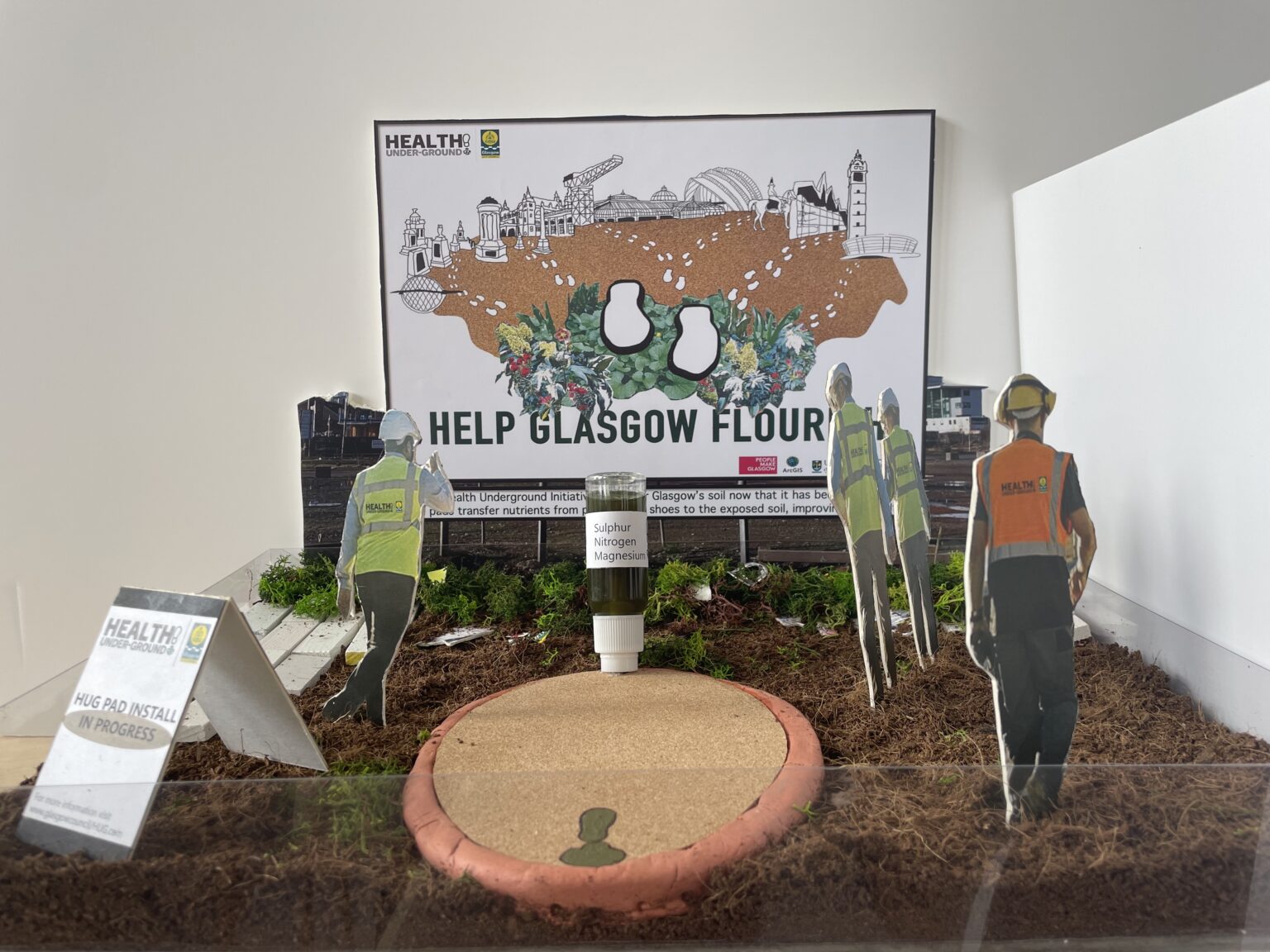 This project was inspired by my time volunteering in a
charity shop and subsequently learning that 90% of
charity shop donations that can’t be sold. In an effort
to reduce the amount of textile waste created in the
charity shop system, LillilL is a fashion studio that uses
only these unsellable donations.
The studio has a decentralised manufacturing model,
hiring young creatives and flexible workers across
the UK. These producers then gain sewing skills and
build awareness in fashion and beyond. LilliL is
partnered with several charities that have retail
outlets. The producers then collect the unsellable
donations from the charity shop partners. The
directors create a release pack twice a year, which
contains a script and a set of tools.
The script is a detailed instruction manual that guides
producers through selecting the donations to use for
material, the stitch detailing, and the embellishment.
The tools complement this process to make the one-off
garments.

Finally, the garments are quality checked and
photographed at the studio, so that they can be sold
online. This is a project I will be taking further after
university, and hope to find opportunities for
collaboration with a variety of creatives in other areas
of fashion. 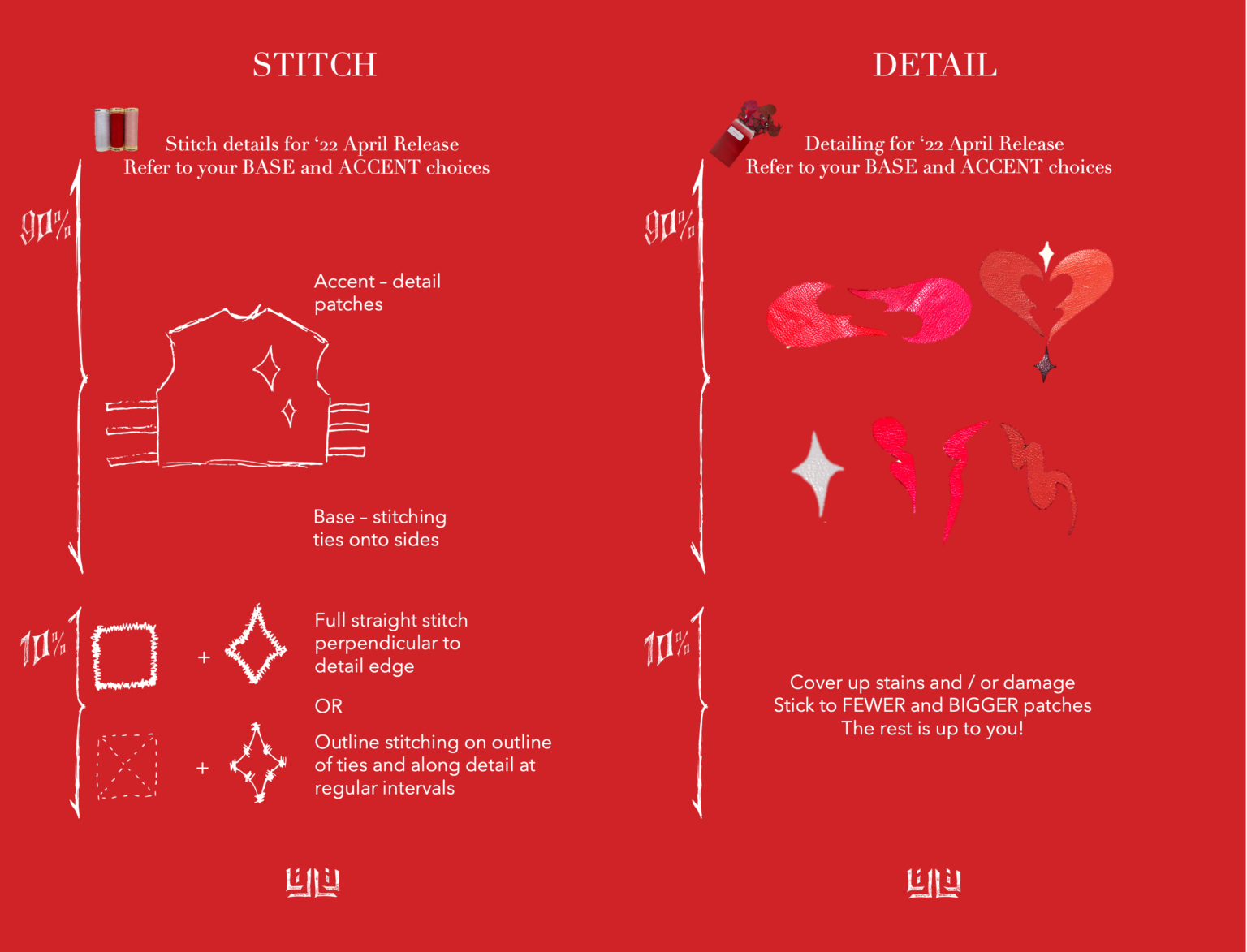 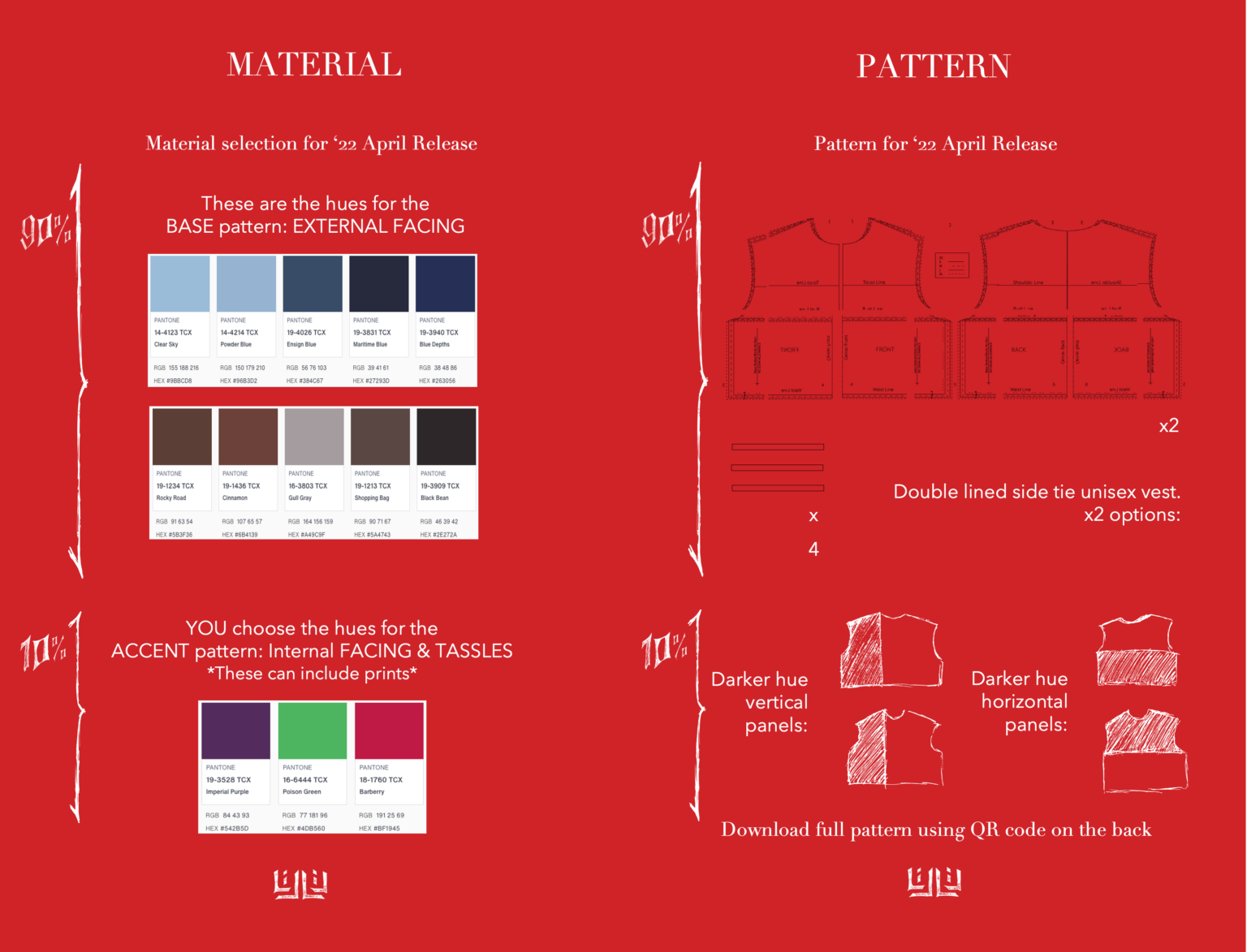 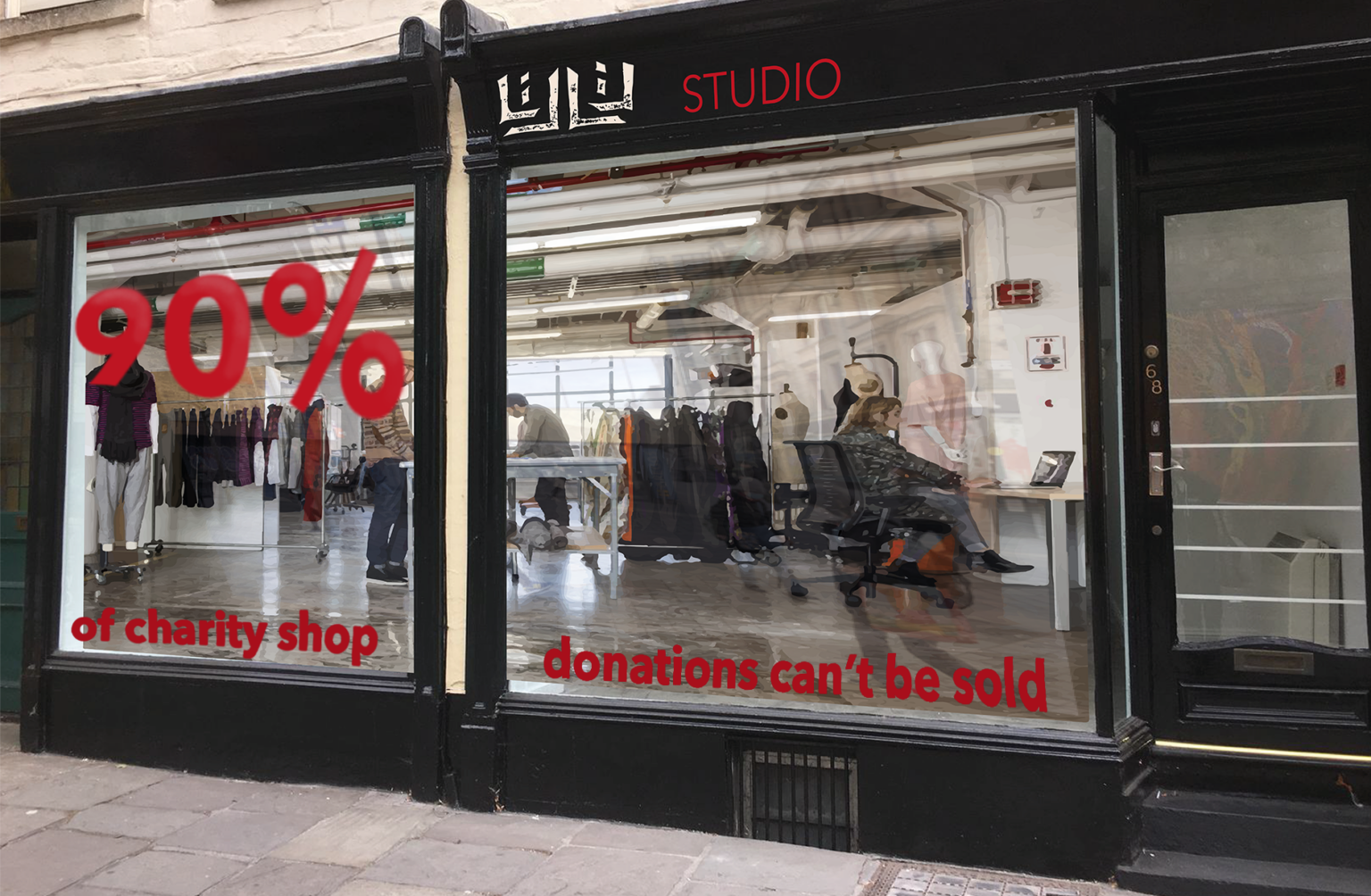