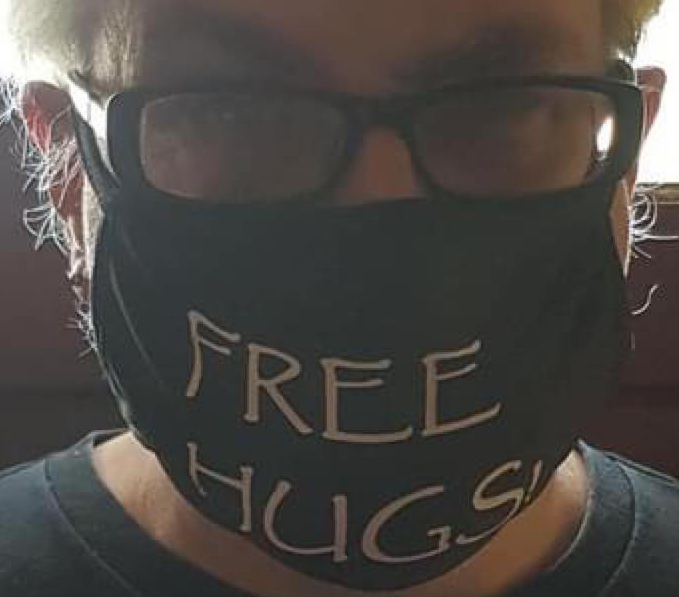 Pete Billingham is an English composer, filmmaker, 3D artist and sound designer based near Glasgow. He is a 4th year student at the Glasgow School Of Art, studying Sound for the Moving Image, graduating with a First.

Pete has been in or around recording studios since the early 1990s. He has recorded in recording studios across the UK and has worked on tracks in Soho studios with Howard Werth (Audience, Captain Beefheart’s Magical Band, The Doors), and gigged extensively in and around London at venues such as The Astoria, The Electric Ballroom, The Aquarium, The Camden Underworld, and Slimelight.

He has played alongside bands such as Ultraviolence, VNV Nation, Haujobb and Sensorium, released several singles, and has been featured on a compilation album with Depeche Mode, Moby, Pitchshifter and Killing Joke.

Fascinated by cinematic music since an early age, Pete turned his hand to score composition after moving to Scotland 10 years ago. After completing an HND in sound production at Forth Valley College and coming top of his year he came to the Glasgow School of Art in 2019 and quickly began to explore new avenues of sonic creativity and collaboration, combining his arsenal of vintage samplers and synths with cutting edge composition and production techniques to refine and hone his art.

In 2018, Pete collaborated with 2 other Forth Valley College students to contribute original chiptune music to the Audio Engineers’ Society’s Christmas Lecture on game music by Dr Kenny McAlpine. In late 2019 Pete worked with Velvet Wolf Films to compose the score for a BBC short film, “Haggis”, which was broadcast on BBC Scotland on Burns Night 2020.

Sintel is an open-source movie created by the Blender Institute to promote the Blender 3D modelling and animation package.

Since Sintel is a story set in a different time, I decided to use a predominantly earthy sound palette for the score consisting mainly of orchestral and acoustic instrument sound libraries.

The music was composed as individual cues and was not composed in chronological order. The opening scene’s music was written first, but then I jumped to the cave scene. This gave me a better chance to develop a feel for the tone I wanted to set by composing 2 contrasting scenes.

This score was the first chance I have had to really play with the concept of the leitmotif, which is basically a repeated musical phrase associated with a particular character, situation, or concept.
Early in the planning stages of the score I developed leitmotifs for both Sintel and Scales, using them in different keys and with subtle changes in multiple points to allow the viewer to identify (even subconsciously) with the characters.

This work was a collaboration between myself (music) and fellow student Mark Lees (sound design). In total the score for Sintel is comprised of 10 separate cues, with a total running time of nearly 14 minutes of original music.

Originally mixed to test a new piece of studio hardware, The Quiet quickly developed into a full track in its own right and became an exercise in dynamics and expression programming using orchestral sound libraries. A binaural version of this piece was used in my Year 4 spatial audio project. However I prefer the stereo version, so here it is. 🙂

Composed, mixed and produced in Cubase 10.5.

Weather The Storm was composed by Ree Soesbee for the Guild Wars 2 novel “Sea Of Sorrows”, It is set in the fictional world of Tyria, and the story is set against the backdrop of the awakening of the Elder Dragon of death Zhaitan, the raising of the lost continent of Orr from the sea bed & the enslaving by Zhaitan of its dead denizens, and the destruction of the port of Lion’s Arch. The story follows the life of Cobiah Marriner, a young sailor, as he experiences Zhaitan’s awakening firsthand, and his subsequent struggle to rebuild Lion’s Arch into a free port.
Ree wrote the sea shanty specially for the book; as the narrative progresses through Cobiah’s life, each new section of the story is accompanied by a new verse of the shanty.
The shanty tells the story of a crew of sailors caught in a terrible storm. During their struggle we hear of the dangers of the oceans of Tyria – the hardship of the life of a sailor, storms, and the ever present terror of the undead.

Composed, mixed and mastered in Cubase 10.5.

PLEASE NOTE: While this video does not contain graphic content or gore, I have flagged it as such because it IS a psychological horror. It contains flashing images, a very creepy atmosphere, intense situations, and jump scares. Please do not watch it if these might have a negative effect on you.

Last summer I found myself at a loose end, so I started teaching myself to use Unreal Engine and FMOD to build a game level. This is the result.

The level was designed in Unreal Engine 4.26. Music was composed in Cubase, then imported into FMOD Studio and arranged. Trigger areas throughout the full level play randomised score segments; the score is different each time the level is played.

A brief exploration of how it feels as a neruodivergent person when a good day goes wrong. I hear this sort of thing all too often.