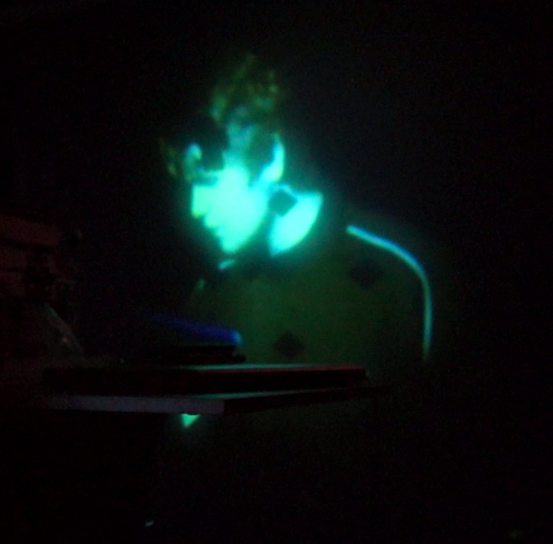 Rory Green is a multimedia artist who focusses mainly on electronic sound and music. He holds a first class Honours in Sound for the Moving Image from Glasgow School of Art.

Working mostly with hardware and modular synthesizers as well as Ableton Live, Rory has honed his abilities in breaching new sonic territories, fusing disparate styles and methods and incorporating both traditional and experimental sound and music practices. Rory draws inspiration from UK club and rave culture, as well as ambient and neo-classical composers, with particular interest in experimental and forward-thinking production methodologies.

Rory grew up rurally, north of Glasgow, raised by classical musicians. His childhood was spent amongst nature, which has significantly influenced his practice. His work concerns the psychosemantic effects of the darker aspects of modernity; politics, cultural unrest, and the ensuing climate crisis, and how his generation find overcast catharsis from these morbid predeterminations through music and digital art. His projects serve as an indulgence in losing oneself in ambient sound design and purgatorial music composition, as well as serving as an invitation to join him in momentary dismissals of the world.

Rory’s main musical outlets centre around melancholic tonality through different synthesis philosophies, starting with exploratory and abstract frameworks before sculpting the results into more accessible ambient or club-orientated formats. Working with modular synthesizer systems allows for a new approach each time a session begins. Disparate modes and mechanisms open doors to unusual sound phenomenality. Rory undertakes a new reconstructive and developmental approach where each attempt at composition not only establishes a new ideological premise, but devises a new system for sound synthesis.

Chance and randomness are tailored to suit situational aesthetic confines, resulting in tactile refined outcomes that exploit generative functionalities whilst remaining within thematic constraints. During his progression at GSA, Rory grew increasingly interested in implementing them in audio-visual installations, with the goal of translating explorative synthesis practice for installation attendees via universally intelligible user interfacing. Rory’s background in installations includes incorporating generative procedures into interactive settings, ensuring that each attendee is granted something special: their own anomalous and inimitable moment.

Rory’s academic trajectory includes progression within Glasgow School of Art, working towards a Master of Research degree, during which Rory will explore, define and implement generative procedures across a range of sound art and musical practices whilst producing in depth documentation and theory within the generative medium. Rory also intends to attain a Master of Music at Berklee College of Music, studying Music Production, Technology and Innovation, allowing for further focus on musical application, before moving on to a PhD.

Fill My Head With Empty Spaces
Lacuna.gen
She Shape

Fill My Head With Empty Spaces

Musical scoring of a re-imagining/re-editing of Teinosuke Kinugasa’s “A Page of Madness.” The score considers paranoid delusion, where musical degradation methods such as tape disintegration and parameter drift represent the frailties of human sanity.

Interactive multimedia installation & performance format (set up in a flat living room due to Covid.) The full iteration would consist of a gallery or club setting that includes several projectors with audio-reactive visuals that correspond with the musical progression. Generative algorithms and and modular patches mimic plant growth and permutation, reflecting on anxieties about climate collapse.

Generative sound work reflecting on the fragility of nature, with accompanying video. Shot in Corrour, January 2020.

She Shape (from Palisades, on Bandcamp)
1 of 1
Previous Next
Close