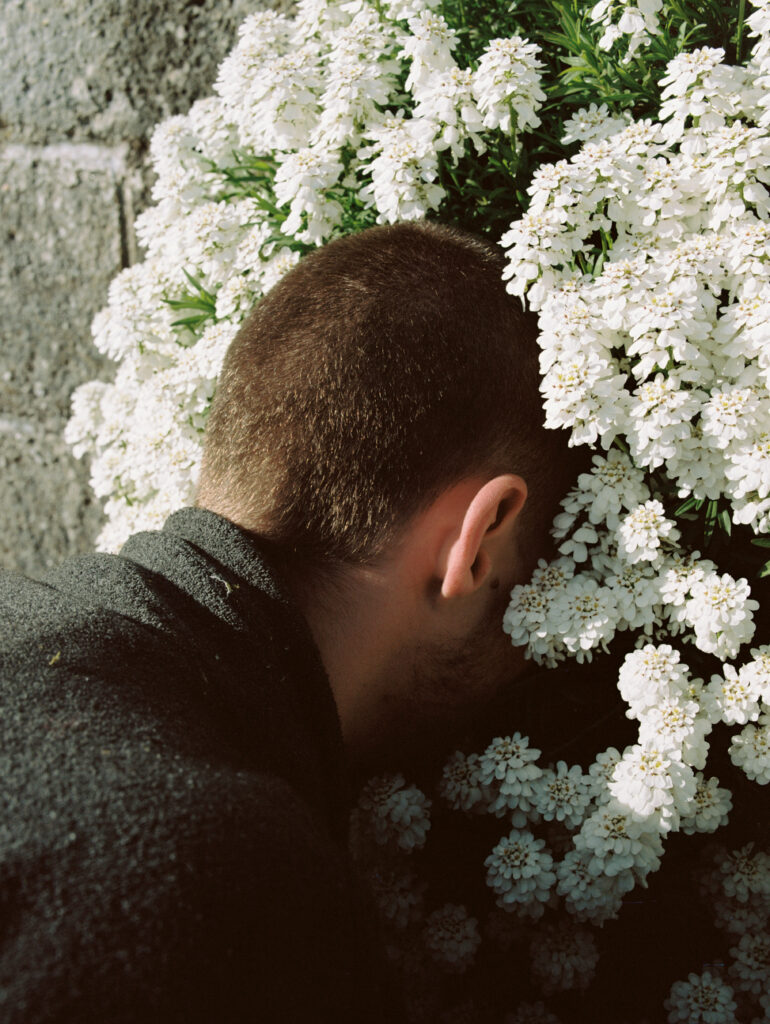 Growing up in London, Staś identifies with the chaos and diversity of its crowded streets. Yet, his Polish background has given him plenty of time in the mountains and forests of Poland, where his fascination with the natural world grew. As a result, much of his work concerns itself with a similar sense of duality – whether with the material and the immaterial, the visible and invisible or the human and non-human.

As part of my work, I alternate between strategy, socially engaged and critical practice as well as material investigation. As part of my masters’ thesis project, Covert Ecologies, I explore relational ecology and co-existence of humans and invertebrates in cities. As well as this, my research studies the bigger picture of how ethics of care might be applied to multispecies design.

In this collaborative project, four students build on their range of experiences, having returned from studying abroad in different countries and institutions as part of the Master of European Design programme (MEDes).

Our project, whose full title is Glasgow’s Future Stories: Social Innovation & Participatory Democracy in 2030 represents a multidisciplinary journey rooted in Glasgow. It’s a joint effort between Glasgow’s Centre for Civic Innovation and the Glasgow School of Art.

Exploring the idea of participatory democracy means offering a more collaborative role for citizens, enabling them to interact and work directly with public sector organisations, as well as making their own decisions about how their local communities are governed.

In looking beyond traditional interpretations of decision-making, the project looks at democracy as an everyday experience, focusing on spontaneous neighbourhood interactions and informal networks, and their contribution to larger, centralised power structures. Central to the project’s investigation is the theme of trust – the key means to maintaining equitable relationships between citizens and organisations.

“It’s difficult to have a common voice. People need to feel that they are in dialogue, that they are part of something. Storytelling and Creative ways of engaging can build this trust and connection with the community”

By listening to stories told to us about resilience and adaptability in the face of a pandemic, we speculate the future by translating these stories into 2030. By the end of the project, new citizen roles emerge as part of an ecosystem of experience, interacting with designed artefacts and tools to make Glasgow’s future stories embraceable; tangible. Explore the page below to find out more.

Covert Ecologies is a series of habitats that explore mutualistic relationships between insects, humans and the urban environment.

Built from scavenged local materials, they represent a reconstructed landscape of meaning. Heavily influenced by their surroundings in Glasgow, the habitats trace the paths between small-scale activities and local agency to wider cultural changes in the face of an increasingly hostile climate.

In cities, insects are adapting to life in the cities where they are marginalised. They face many threats – from toxins, faulty visual signifiers, light pollution and radio frequencies. On the other hand, the diversity of life in our cities creates thriving ecological niches, which are valuable to many species,

Locating the wild in our immediate environments makes it possible to notice how other species organise their lives around built environments and human activity – and how we could organise ours around theirs.

Looking at the perils but also unintentional opportunities created by our urban landscapes for other species, we can ask where the future balance of power lies in the spaces we cohabit, as well as new pathways towards future representation and collaborative survival.

Sometimes, it’s just about planting seeds where you least expect them to grow – and when they eventually do, it makes their existence that much more important.

For humans, the habitats act as a tool for placemaking and challenging binaries, facilitating wider discussions about belonging, privilege and locality. For insects, these hybrids of artificial and organic materials are an invitation to participate in reclaiming urban materials and conditions.

By embracing but also confronting shared themes of nostalgia and disintegration of identity and value, these speculative habitats attempt to make peace with the past by offering a hopeful future. 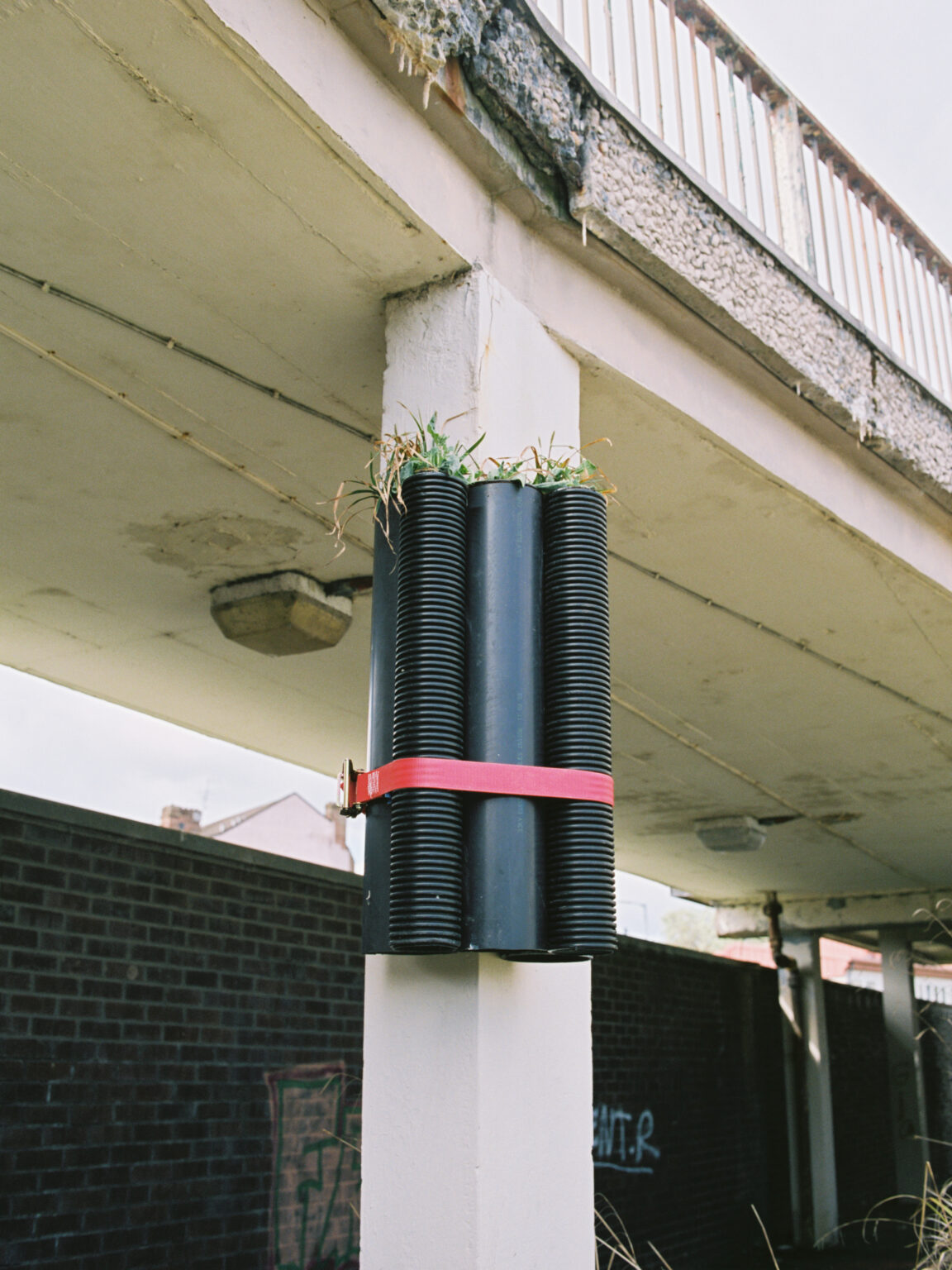 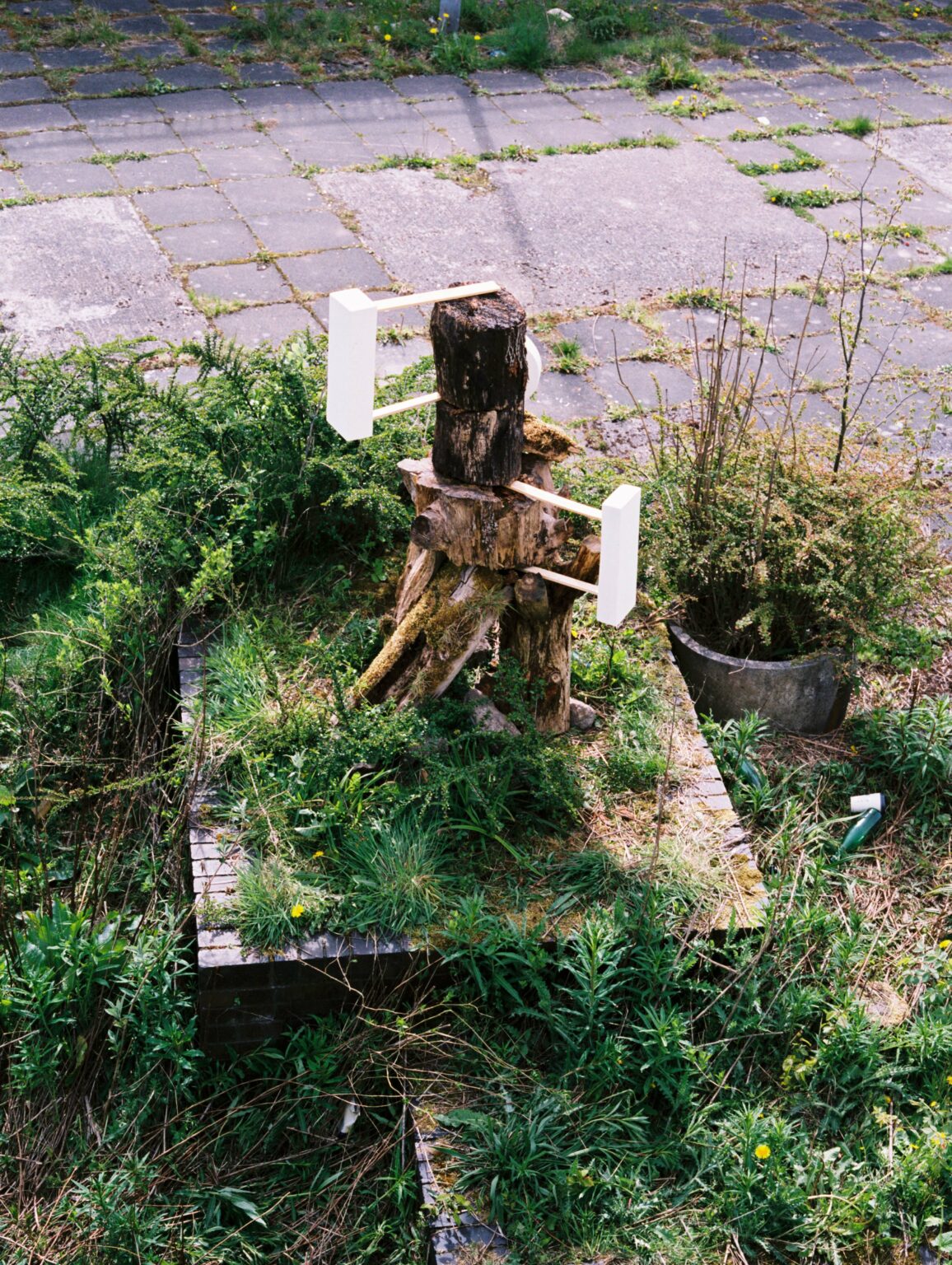 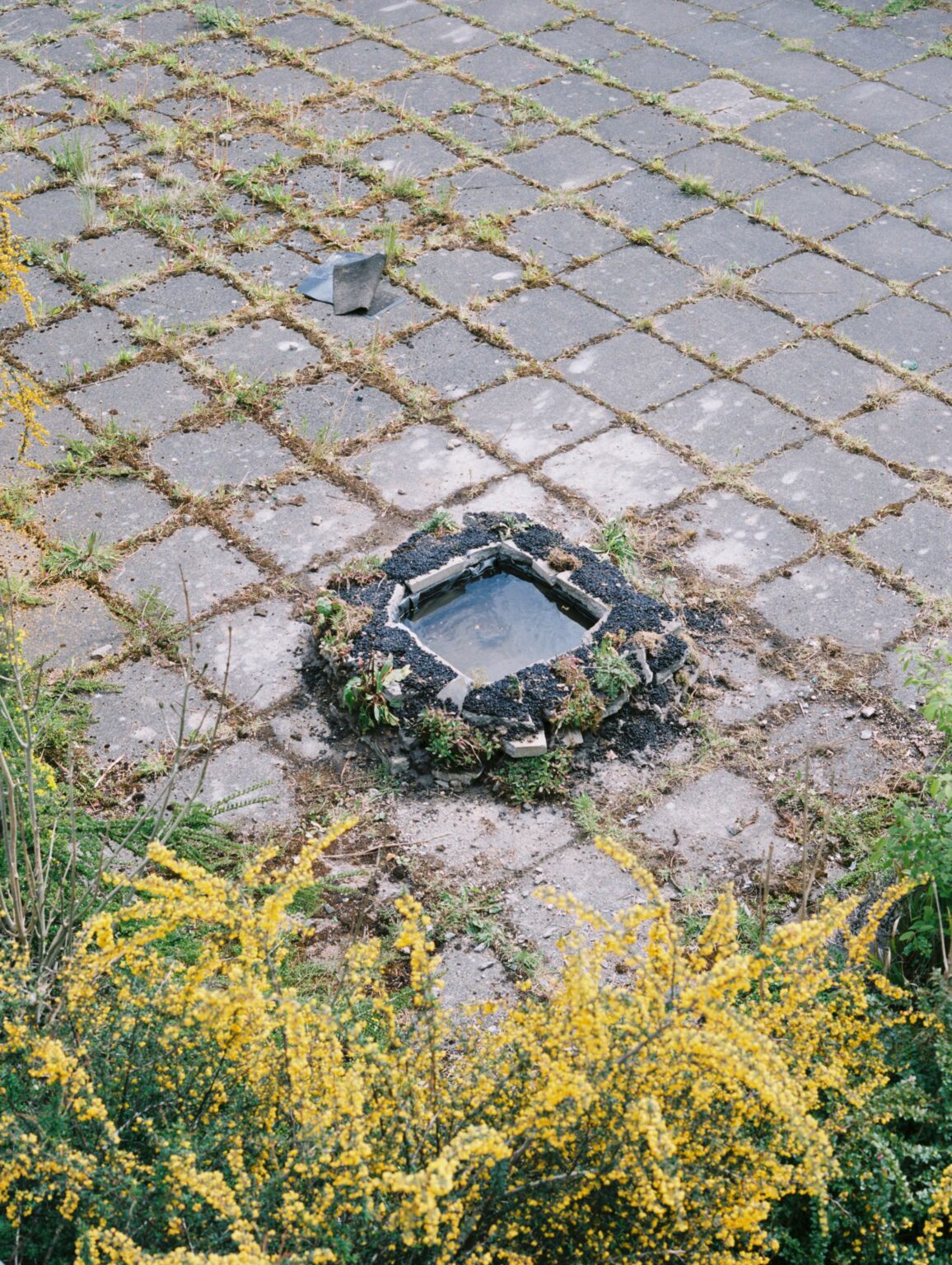 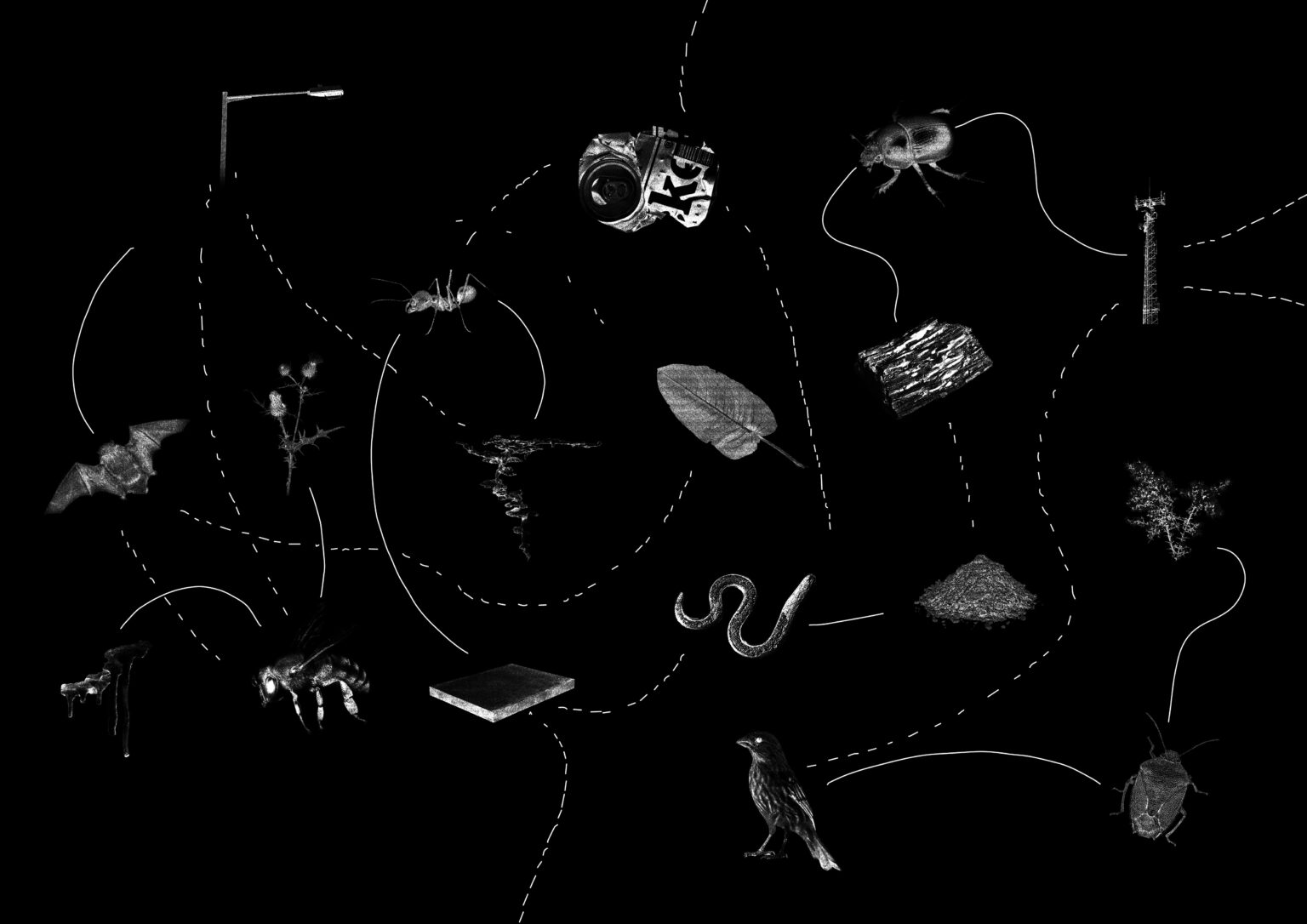 Professing Practice is a joint endeavour between GSA and the Glasgow Clyde College Associate Student Scheme which represents one of the multiple pathways that helps enable enrolment at GSA. One of the aims of this scheme widening access for Scottish-domiciled students and providing equal opportunities for college students. This project is one of the touchpoints of this relationship, which culminates in a one-day workshop between 5th year Product Design students and the design-focused associate students. The project has been around for a number of years, but 2020 had to address a new set of circumstances and respond to new learning environments and explore tools for remote engagement.

This year, four GSA students from the Masters’ of European Design co-designed and led two working sessions remotely. The first focused on a co-learning experience, arming participants with vocabulary and encouraging the process of doing, reflecting and iterating through visual language to express their own practice and skills. The second introduced a diverse overview of the design field as well as offering perspectives about what it means to work in different design environments. Both sessions encouraged the student participants to develop a level of criticality and to understand that creativity and inspiration can be generated from unusual routines.

“Each year the MEDes students approach this project in a new and innovative way. This was the first group challenged by a fully online delivery of the workshops and they coped incredibly well by making the most of the technology available to them. They put the students at ease immediately which helped them to fully engage with the tasks they were set. The workshops were well considered, touched on a range of issues specific to the student group and were delivered with empathy and enthusiasm”

Sketches from different stages of the project - from planning, meeting and facilitating a making exercise, along with some of the feedback from our participants.
1 of 1
Previous Next
Close