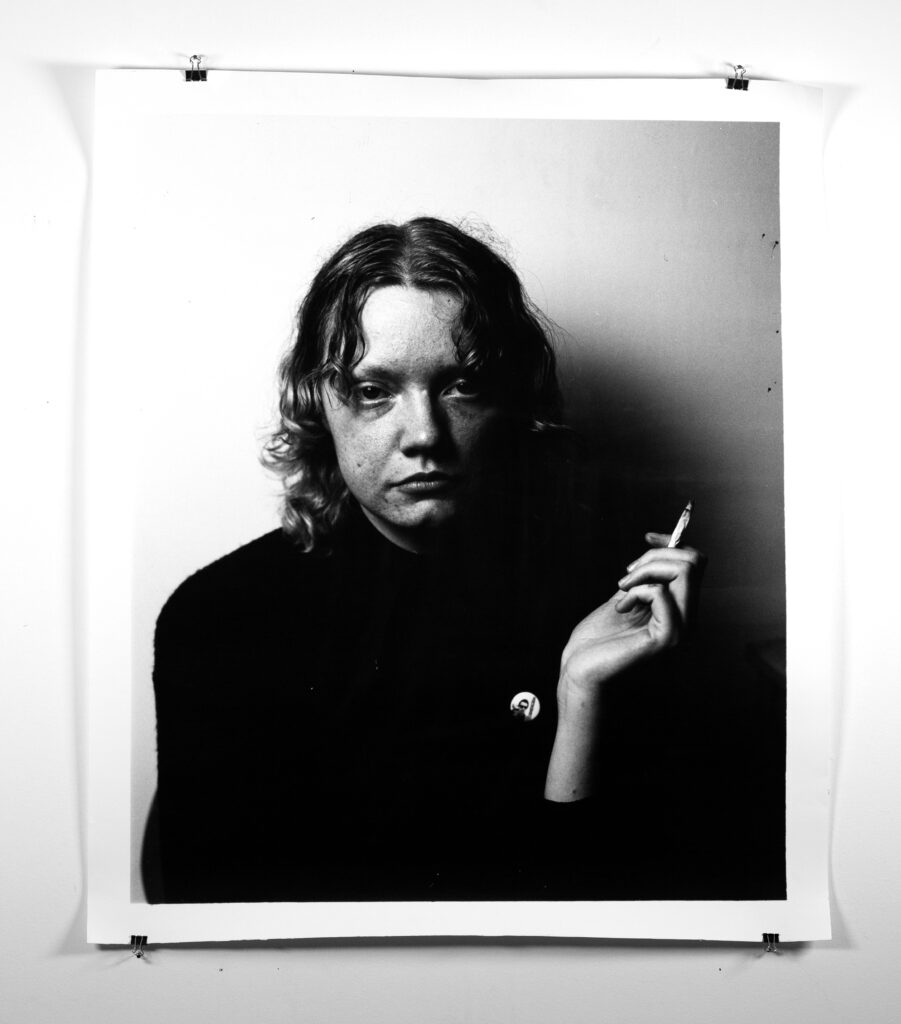 The nature of my photographic practice is of navigation. The way in which I go about making my work (and consequentially, what constitutes its ‘meaning’ or concept) is a process of balancing, navigating, a series of conflicting issues within the creative practice of a photographer, and though wider image culture itself. The work itself is guided by and frequently originates from a traditional technical approach to the medium: large format (5×4), black and white photographs, printed in the darkroom; ‘straight’ photography, so to speak, in that it does not initially present any overt concept, or that it is at the very least stylistically classical, in the vain of an Evens, Friedlander, or Hujar picture. Contrasted with this apparent classicism is an awareness of the photograph’s place in contemporary image-culture; in our image-dominated contemporary world, what place does the ‘fine-art’ photograph have, and further, how does one go about staking a place out for their pictures in this miasma of images?

This is the first conflict that my work passes through in its journey to completion. My photographs are visually melancholic, and therefore I cannot simply push against the social media image-culture (moreover, I do not wish too – art, to me, is not a weapon or revolutionary act: it should not contrast or attack; it should exist within the frame and present itself to the viewer wholly as it is). Instead, I choose to navigate, not to excuse the traditional nature of my practice as an act of resistance to any particular facet of digital image-culture, just as I do not attempt to concede any of that process to satisfy (perhaps imagined) cultural imperative to be ‘contemporary’, whether visually or conceptually.

All this being said, an artist statement is not a justification for the validity of one’s work, instead a window into why one makes it, where it comes from, how the artist wishes to be seen in relation to their work. It grounds the photographs, sculptures, paintings, etc, that float untethered in gallery space in a context chosen by the artist. I recall Daido Moriyama once called himself a “professional amateur”, and with that in mind, if was to provide a context within which to read my pictures – these ‘straight’ portraits of no-one of importance to anyone other than myself – I would ask that one sees them as just photographs, contemporary because they were made yesterday, and as full of meaning just as any particular face is full of meaning: the grain of the skin, the directness of their eyes, and the sitter’s presence, that which drew me, the photographer, to take the pictures in the first instance.

Introduction to “We Others”

“In recent years, the end of love has been announced many times. Love, as the claim goes, is foundering because of endless freedom of choice, the overabundance of options, and the compulsion for perfection. In a world of unlimited possibilities, love itself represents and impossibility, […] The crisis of love does not derive from too many others so much as from the erosion of the Other. This erosion is occurring in all spheres of life; its corollary is the mounting narcissification of the Self. In fact, the vanishing of the Other is a dramatic process – even though, fatefully enough, it largely escapes notice.”

Byung-Chul Han, The Agony of Eros

The portraits in this series – We Others – arose from an inner artistic necessity: I wished to attempt to make “humanist” photography, in the vein of Sartre’s existentialist humanism. As he put it, to discover one’s self, to become aware of the cogito, precedes a discovery of all others, as a condition of one’s own existence. We are all separate, other, but collected and unified by our otherness. This is the primary and most essential feature of our existence in relation to each other: “We Others”. (This title, it should be noted, is borrowed from the writer Jean-Luc Nancy’s essay on photography Nous Autres – the rough translation being “we others”.) The work, however, is not intended to simply highlight this feature of existence. No, for as Byung-Chul Han describes in the above quote, contemporary society is afflicted by an illness, an erosion of the other; what he later called “the inferno of the same”. We live in an anti-humanist, anti-existentialist society: a flattening of individual experience into digital sameness. Image-culture is key to this erosion: think of the disposable faces of social media. We are conditioned to view faces, photographs, almost pornographically. The aim of this work is to provide a counterpoint to this erosion: to present a different experience of the photographed face than what we see every day. The subjects are perpetually present, static, and Other. In other words, they are individual, and through them, despite their unreal scale, one could be reminded of that Sartrian condition of existence, that we are all together in our Otherness, that we can all experience the dizziness of our separate existences. 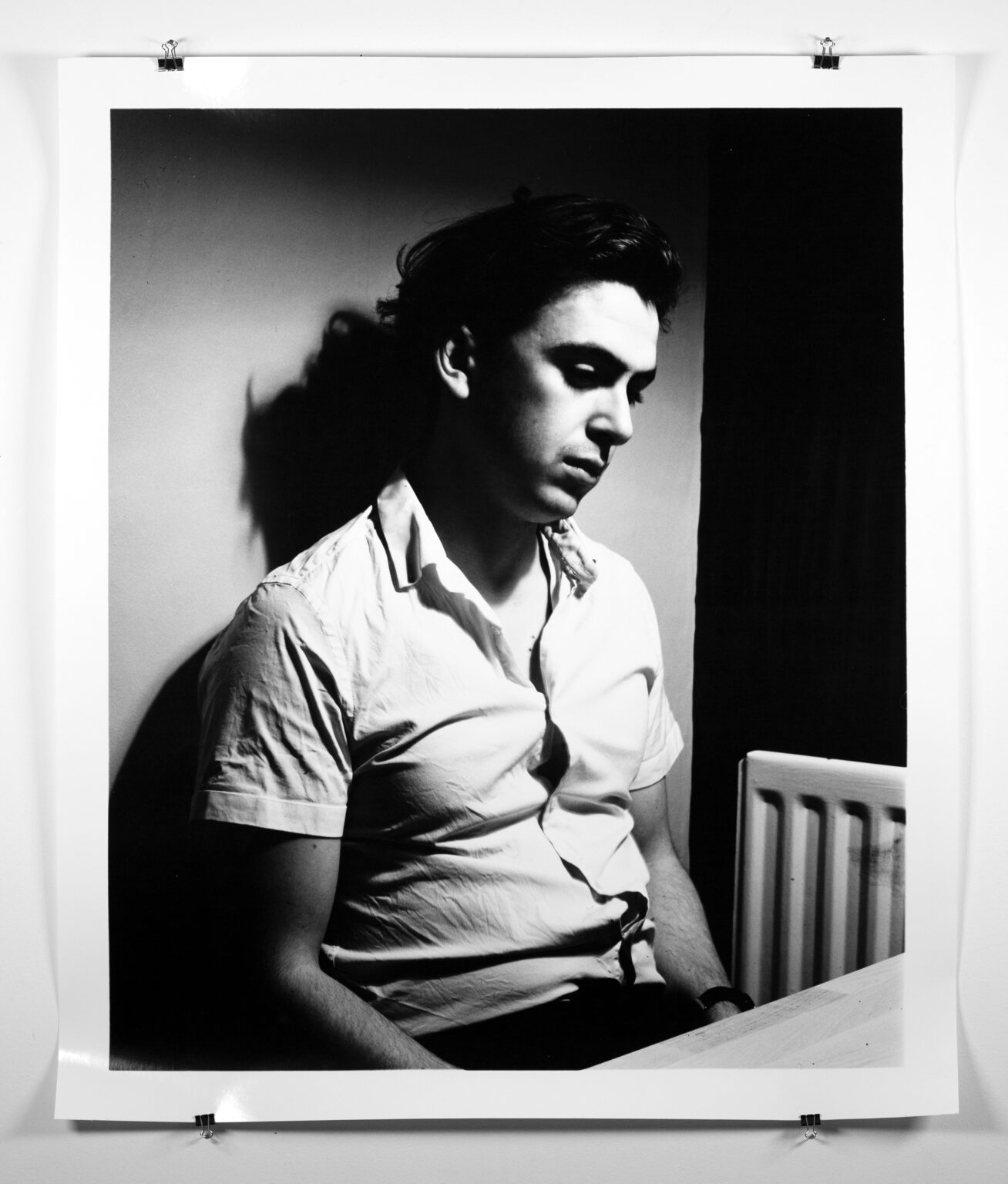 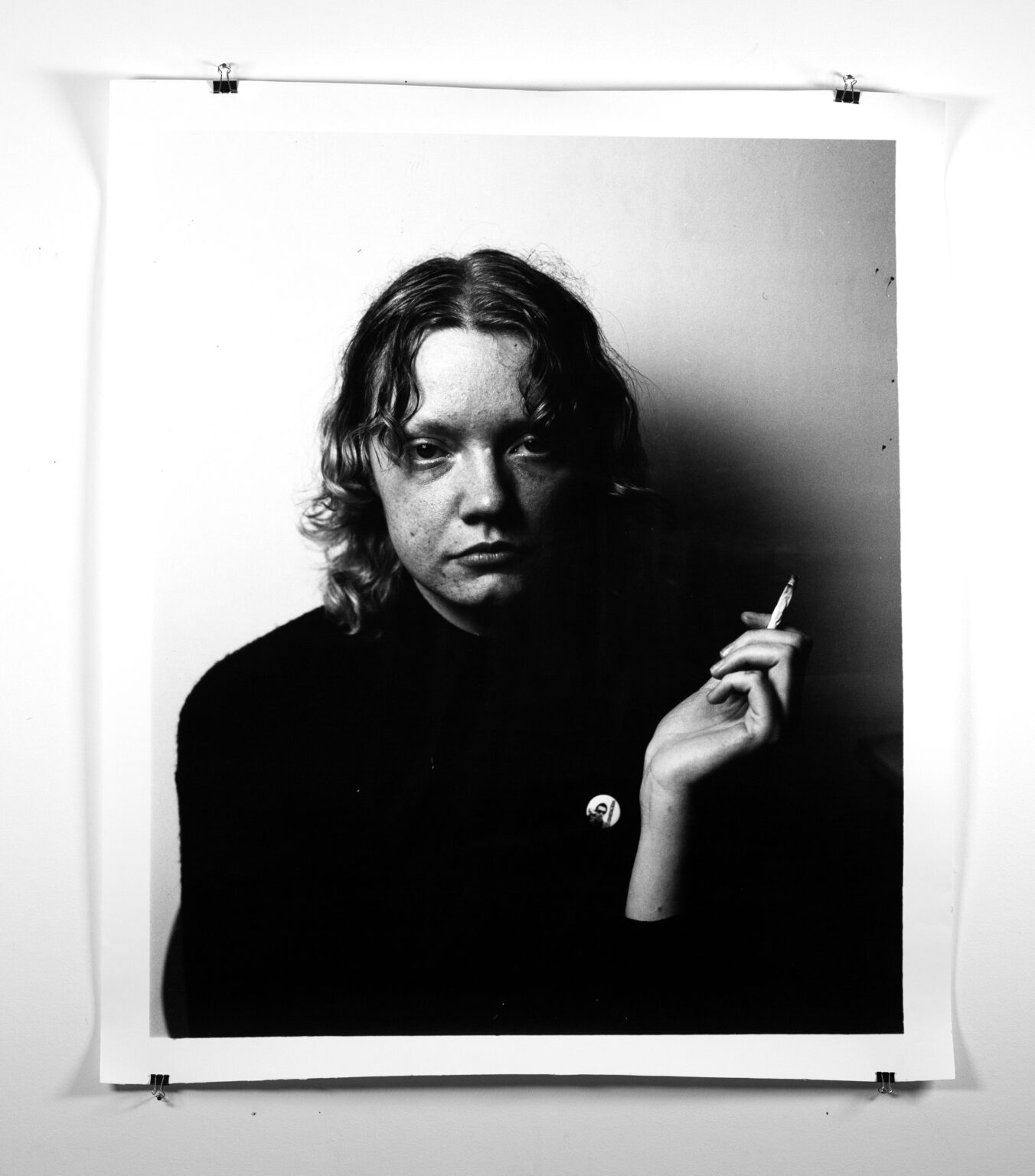 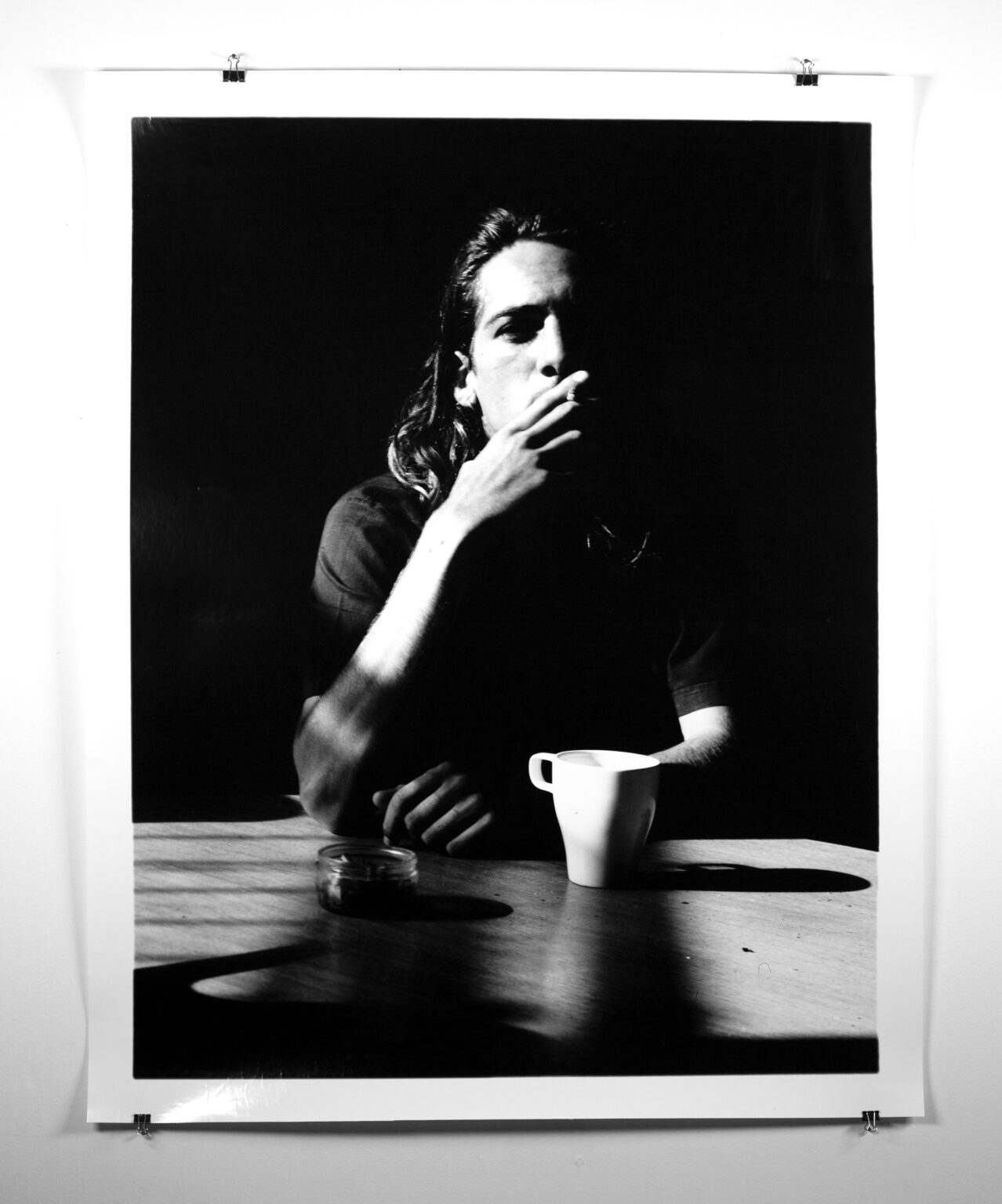 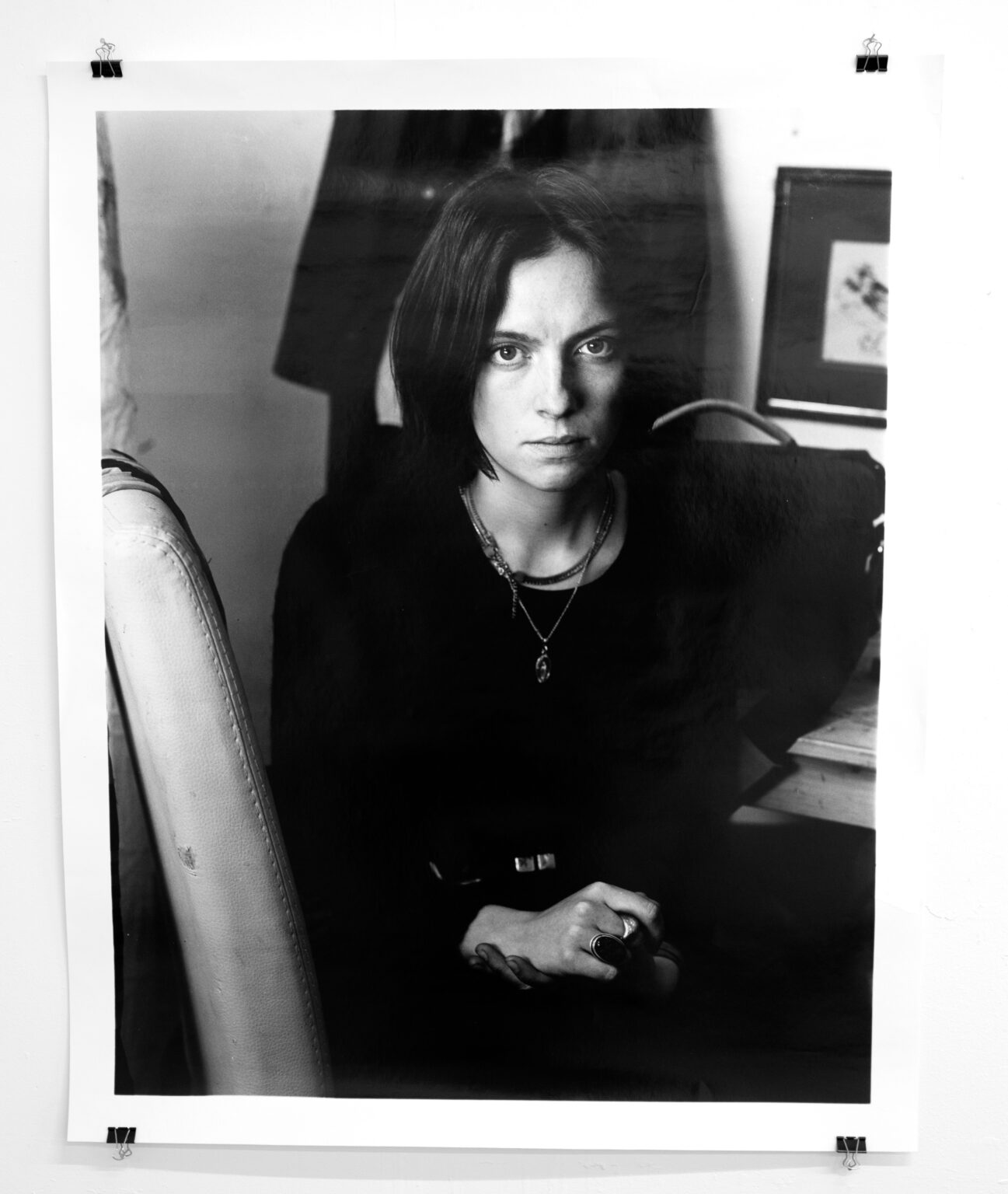 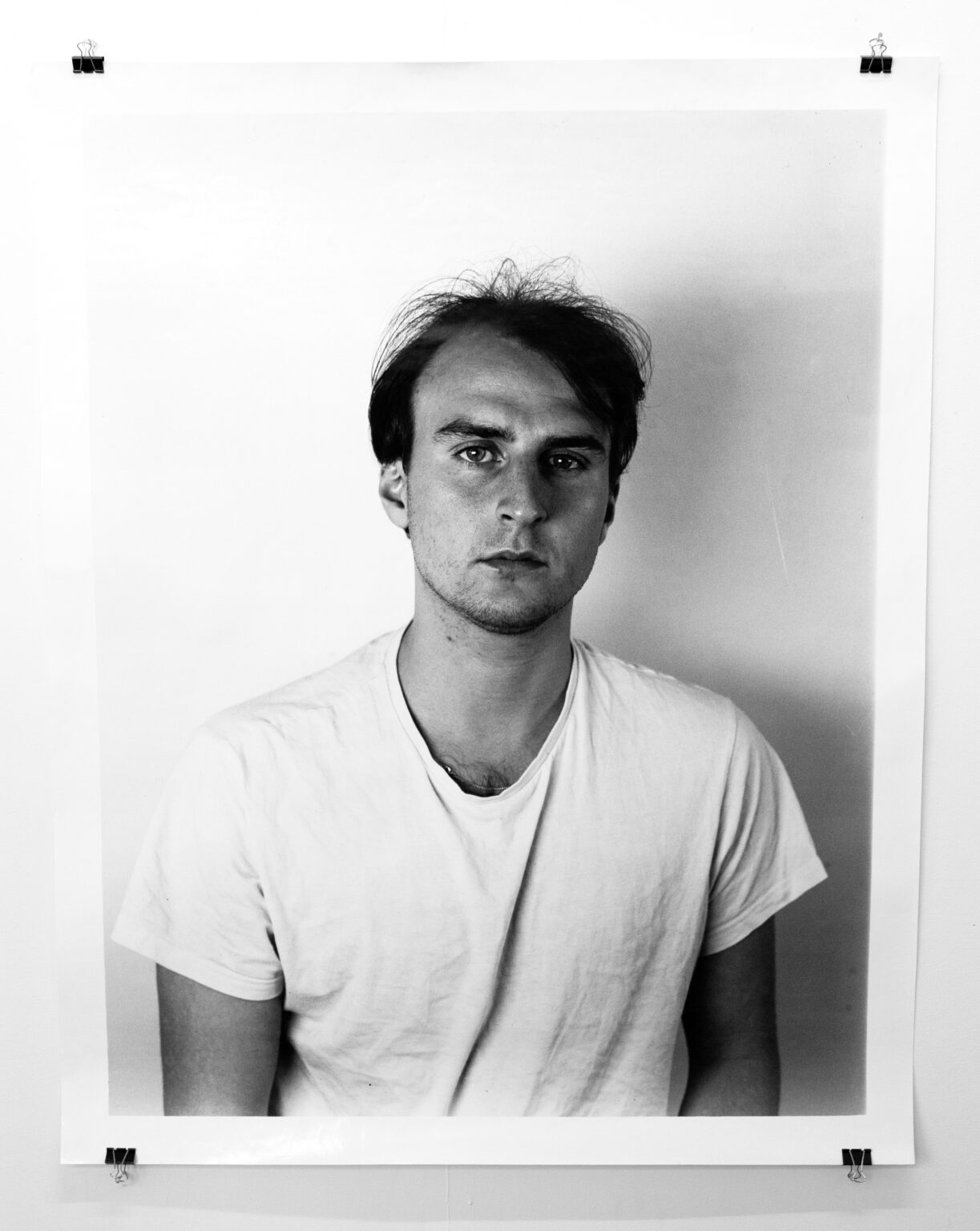 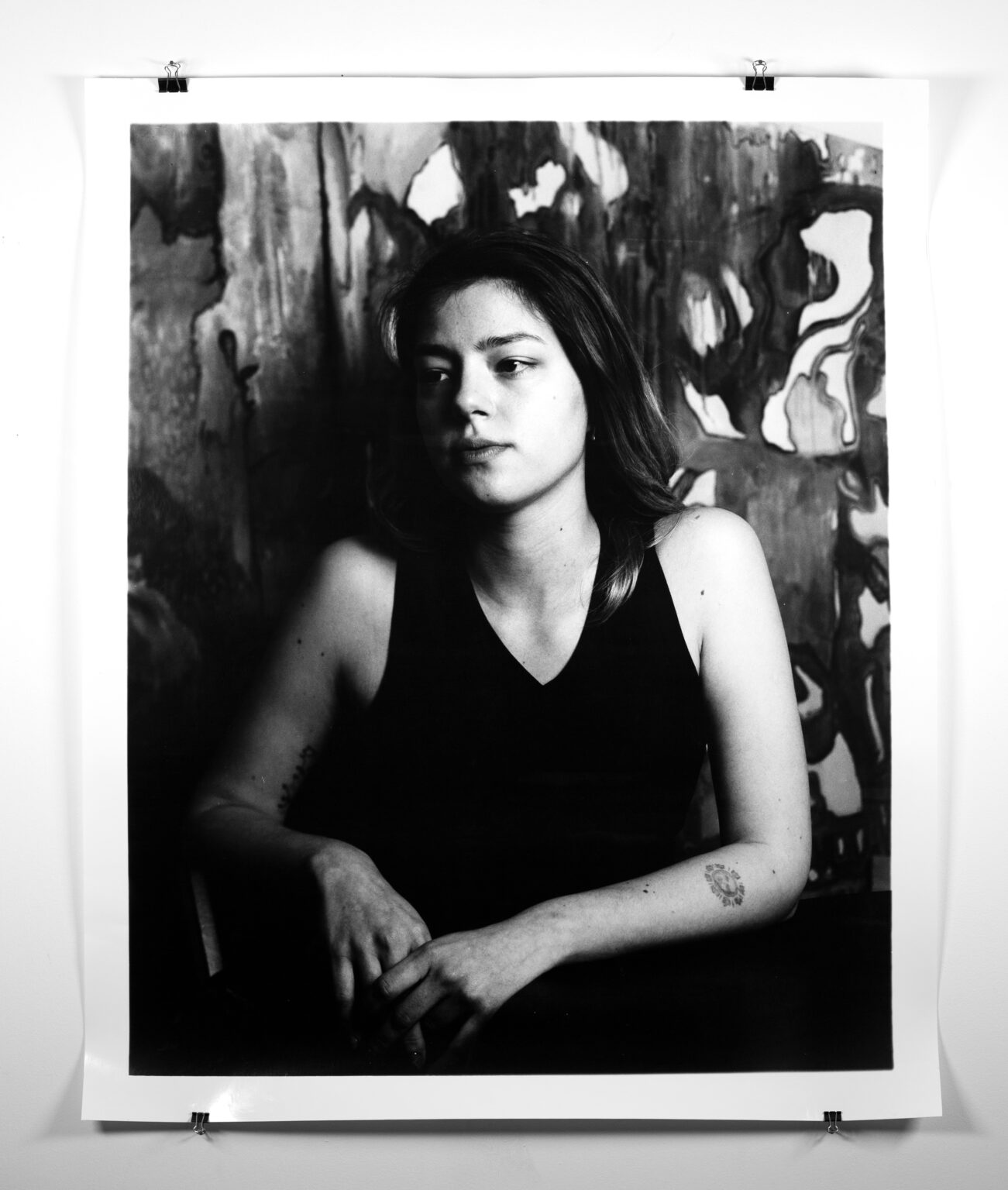