1st February 2021, a coup started in Myanmar. My brother evacuated from his home and bombs filled his once personal spaces.

The last generation is a cautionary tale in the form of a comic, showing the political consequences that the Junta has on the people in the perspective of the civilian’s from 2008 to the current day. With the message of “If you don’t speak out for justice while you can, injustice will come knocking on your door.”, I created a website along with the comic to educate about the actual political situation and how to help effectively.

The last generation features military supremacy and political events in Myanmar through the eyes of Ko Ko, our protagonist who struggles to live through it. Based on firsthand accounts and that of my brother. The comic is created to educate the compliant population to stop ignoring politics as it breeds dictators. 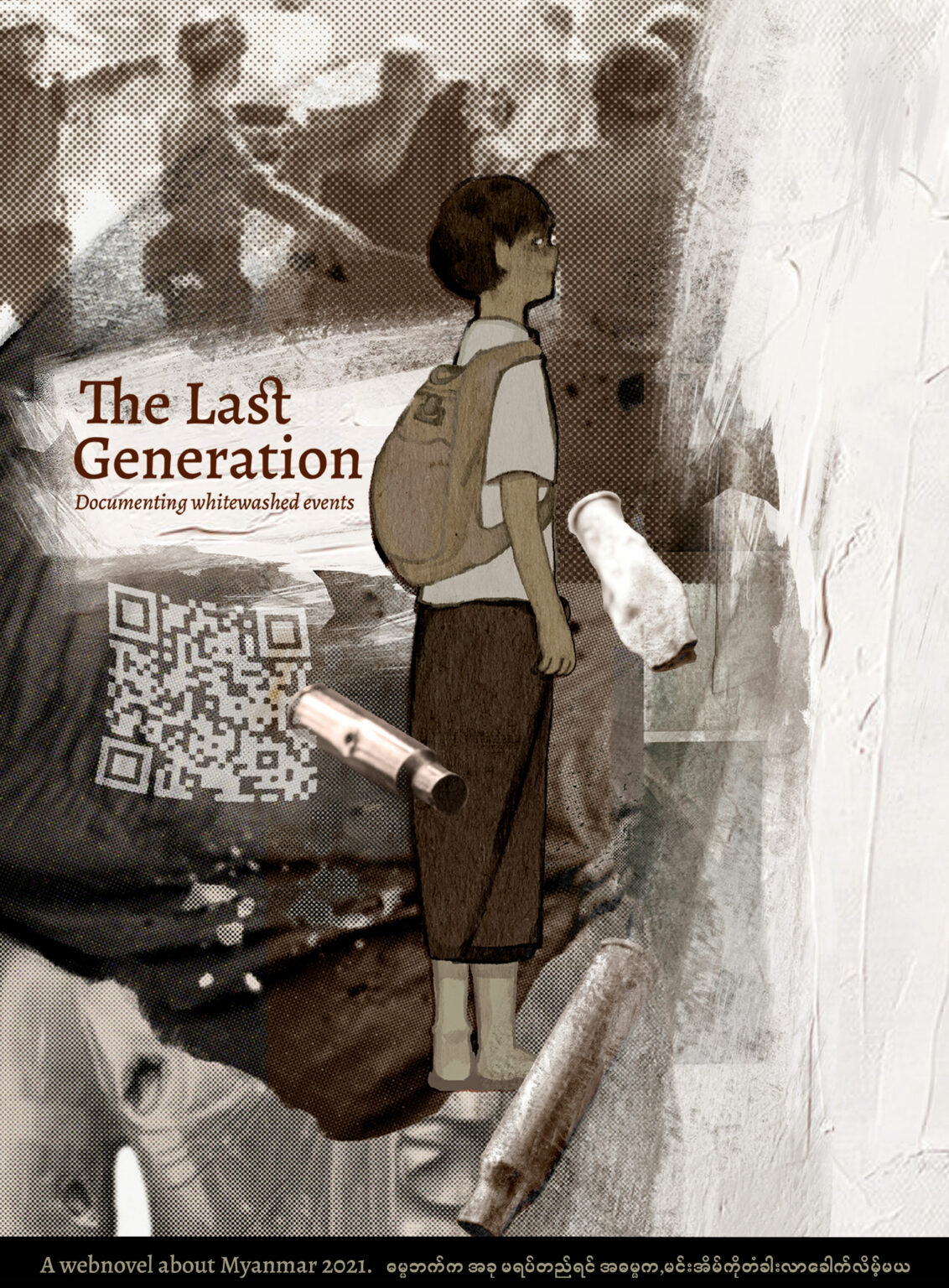