A musical retreat in Balloch, for the kids of Big Noise Govanhill

Inspired by the main feature of the site as a dynamic crossway of different paths, the proposed buildings reclaim the concept of a node as a way of bringing people together. By finding ways of creating nodes through the buildings’ circulation, I aimed to achieve two of Big Noise’s (the client) main principles: boosting community engagement and creating a 0% exclusion policy. Inspired by the traditional mountain shelters in the Alps ‘rifugio’, the buildings together frame the main crossway of the site, enhancing the threshold from town to nature and creating a core from which the children can explore the loch’s main attractions.

In the retreat, the ‘node’ is reclaimed within the interior circulation, a journey which encourages social engagement and inclusion whilst replicating the hill’s topography. A snaking path crosses the whole volume following the hill’s contours, allowing the kids to always encounter each other in the canteen or the play area. The journey replicates the walk up the hill, with turning points which change the perspective from the loch to the interior busier areas. Starting from the public and louder spaces at the bottom, by climbing up the ramps the users access the quieter areas, creating a vertical ascension from private to public.

The performance hall, completes the site by reclaiming a carpark and completing the topography of the hill. It is carefully placed  so that it does not disrupt the current paths and uses of the site (people sitting on the hill, the cafe at the entrance of the site, Sweeney’s Cruises), embracing the space to create a sort of piazza. The side facing the path is a flexible space, involving moving walls, which allow the space to be used as a practice or conference space when open, and eventually, it can be divided into four smaller rooms, which face the street as temporary shops or installments.

View from the bridge

An evening before a performance, when all the audience starts to gather in front of the music hall. The illustration shows how the music hall lights up, becoming a sort of beacon. When analysing the site, I realised Balloch is a passageway also as it is not a well defined space in itself, lacking of an iconic symbol or a monument. This building aims to claim such role, becoming the main attraction for the community, whilst acting as a passageway itself.
1 of 4
Previous Next
Close 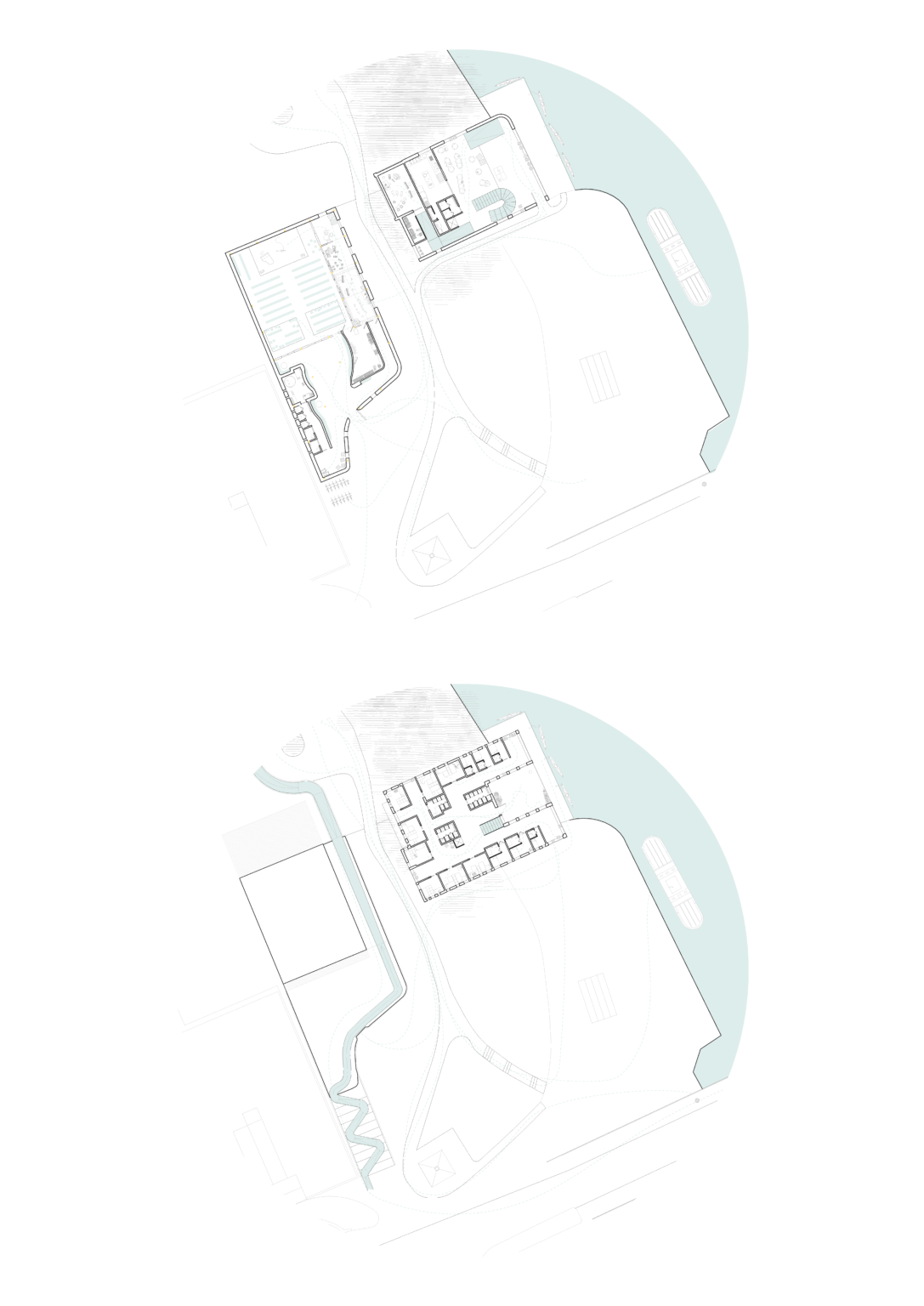 The plans clearly show the verticality of the buildings and the circulation's main connectors, ascending in verticality. Whilst designing the plans, I broke down the wider spaces, trying to create more comforting corners, with an unclear boundary between the private and the public.
2 of 4
Previous Next
Close 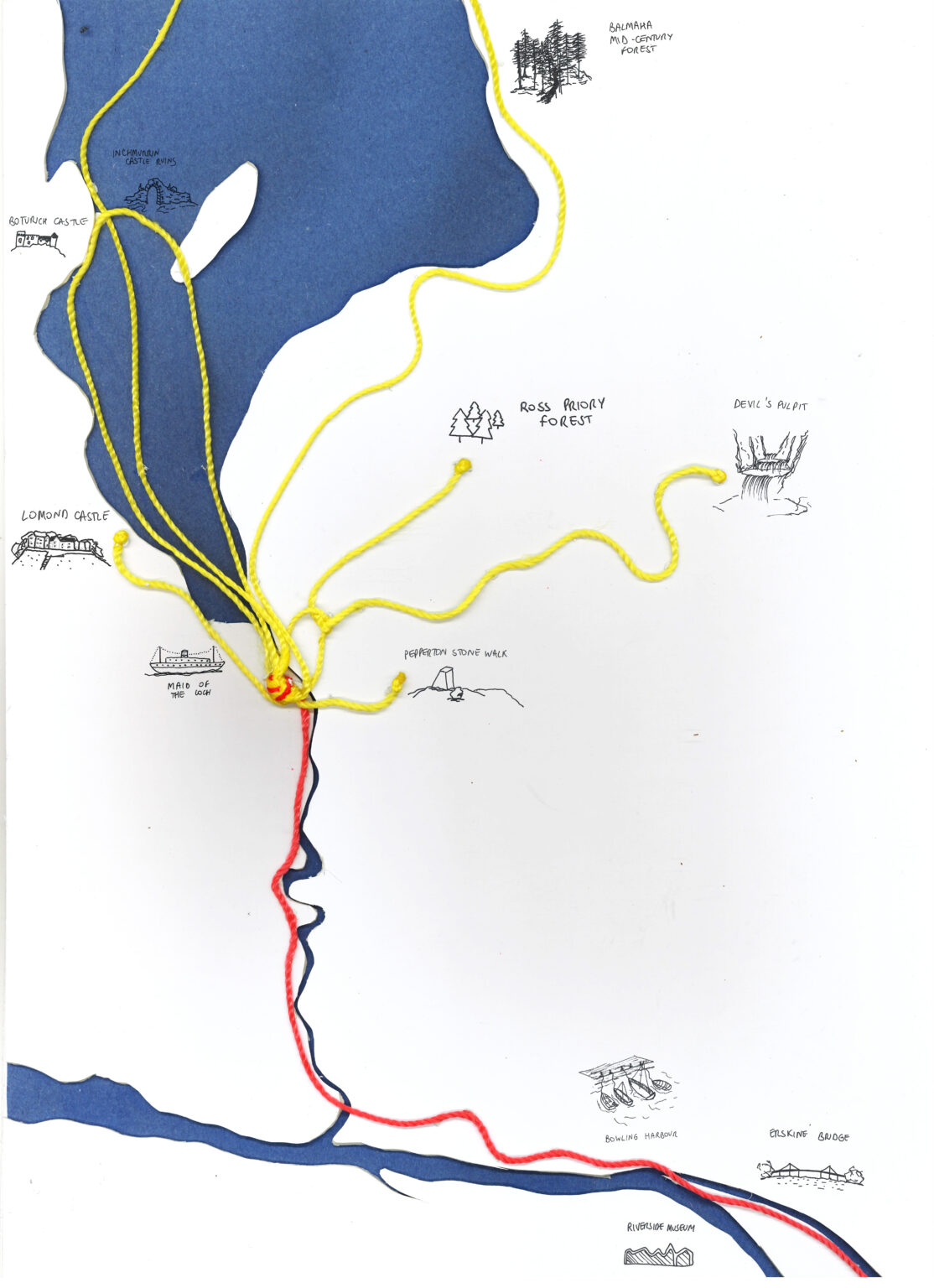 As the term Balloch defines in its Gaelic meaning of "passage", the site conveys a knot in which all the paths come together. This way, the buildings act as starting points, from which the kids have direct access to the main attractions of the Loch.
3 of 4
Previous Next
Close 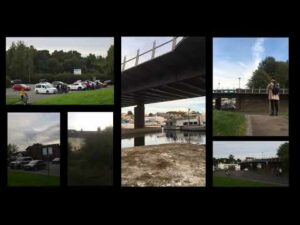 Journeys through the site

From the first analysis of the site, the idea of the passage was observed in people crossing this space trying to reach another clearer destination. This determined an indefinition of this site, and its dynamic flow reflected in the waves of the river Leven.