A Material Algorithm; The Library as Word and World

The thesis takes basis in Jorge Luis Borges story ‘The Library of Babel’ where the universe is
an infinite library containing books where every possible combination of letters is written down meaning any possible information can be found regardless of its veracity. This function can be closely linked to the digital framework of the internet and its current standing in the socio-po- litical discourse where fake news and misinformation are causing polarisation on a large scale. The library which traditionally working on a similar premise, for people to gather and gain information, is currently existing as a parallel to the digital algorithm, where it is holding on to its customary functions unable to perform the needs a growing digital world. The project sees it as an aim to find how the library can be what the internet cannot, while containing the qualities and freedoms the digital space achieve, a place to connect as well as a place of individual freedom.

The site location on the M8, Charring Cross is chosen specifically for its relevance to the nodes and arteries of the city. Charring Cross Station and the Mitchell Library, currently working as the city library and archive are combined used by more than 2.5 million people each year though the amiability of its entrances was greatly affected by the construction of the M8 motorway destruct- ing a whole city block over the 1960s. The site is therefore placed on top of the motorway follow- ing a proposal by MVRDV and published by the City Council, as an aim to reclaim the block for pedestrians and to connect Glasgows City Centre to its West End. Seeking not only to be a place of arrival, but a place encouraging passing by patching together disconnected parts.

The placement of the library in the proximity of the current city library holds a stance to the contrast of its functions. The Mitchell Library being one of the largest archival libraries in Europe holding valuable documents requiring specific conditions for its high importance or fragility, but though it functions as the city’s main library the nature of its structure is closed of and uninvit- ing. The project proposes keeping the Mitchell Library as its city archives and creating a facing building more porous to the city and its people. Libraries are the most public non commercial space existing in a community and the project aims to reflect this in it function. It also holds a strong importance in a city where one in four households in the city do not have access to fixed broadband internet and a time where this is becoming increasingly important as a participatory citizen of society.

The project is constructed with the recognition of the traditional library struggling to perform what the society currently requires from a public space of information. It is not an aim for the project to disregard what the library is, but to acknowledge what it isn’t. The programme aims to perform this by creating a hierarchy of spaces ranging from communal, shared to individual, in quiet, moderate and louder spaces as an aim to keep the qualities of a library while incorporating the functions of the digital space. People are invited to use the hierarchy of spaces to conduct and share research, thereby functioning as the algorithm of the physical space.

The proposed structure and individual spaces architectural aim is to sustain the ability tradi-
tional libraries have to give a sense of curiosity and for a sense of travel to be translated into the
physical space. Its primary focus is working with light, volumes and a heavy structure as a way of
accomplishing the serendipity of this space. There is a want for the structure to be porous to its
urban environment while encompassing central spaces enclosed from the metropolitan area, with
this the goal is again working with light to see and light to be seen reflecting as a way of traveling
through the various spaces, points of arrival and its different purposes of use. 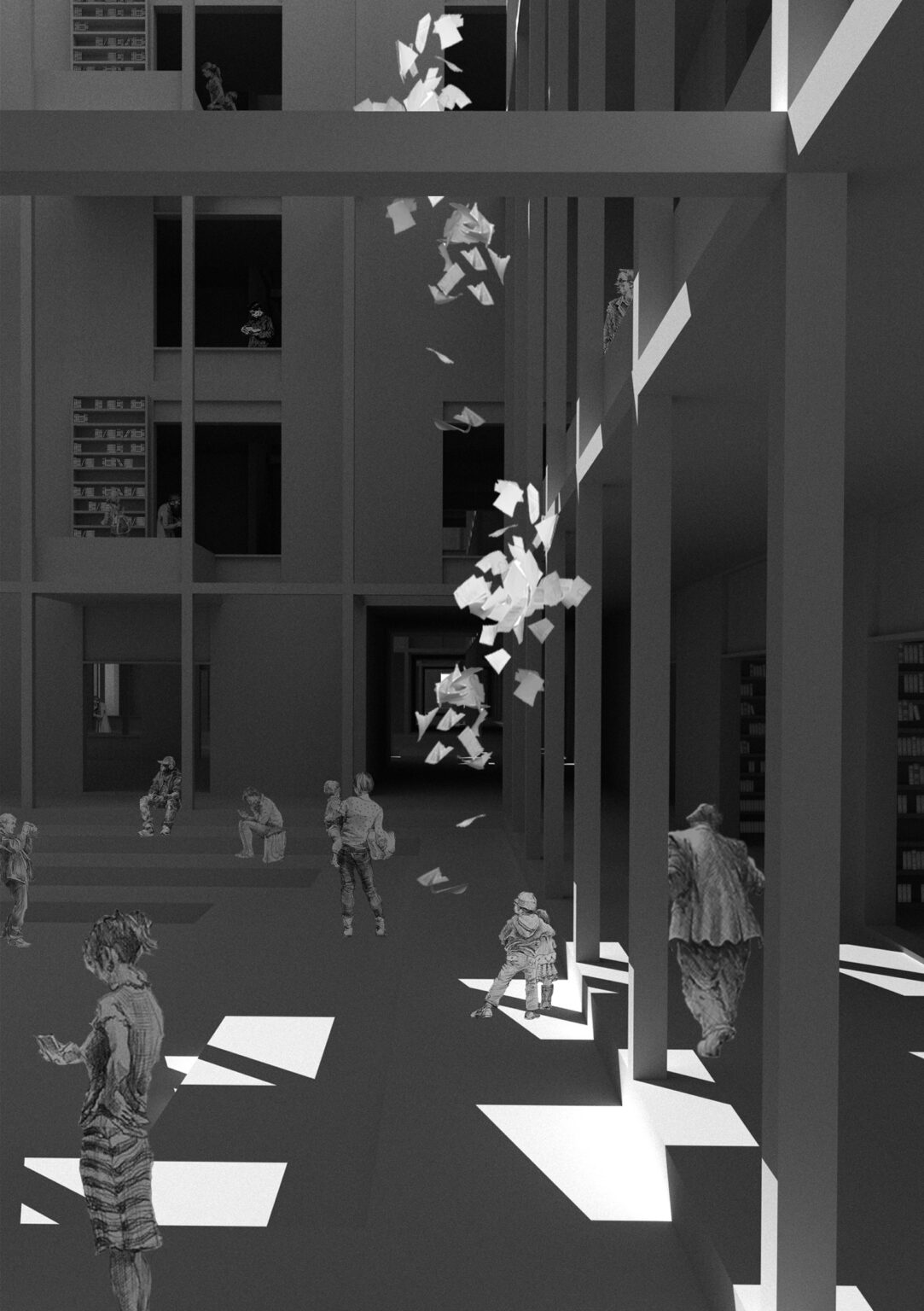 A Space to Dwell 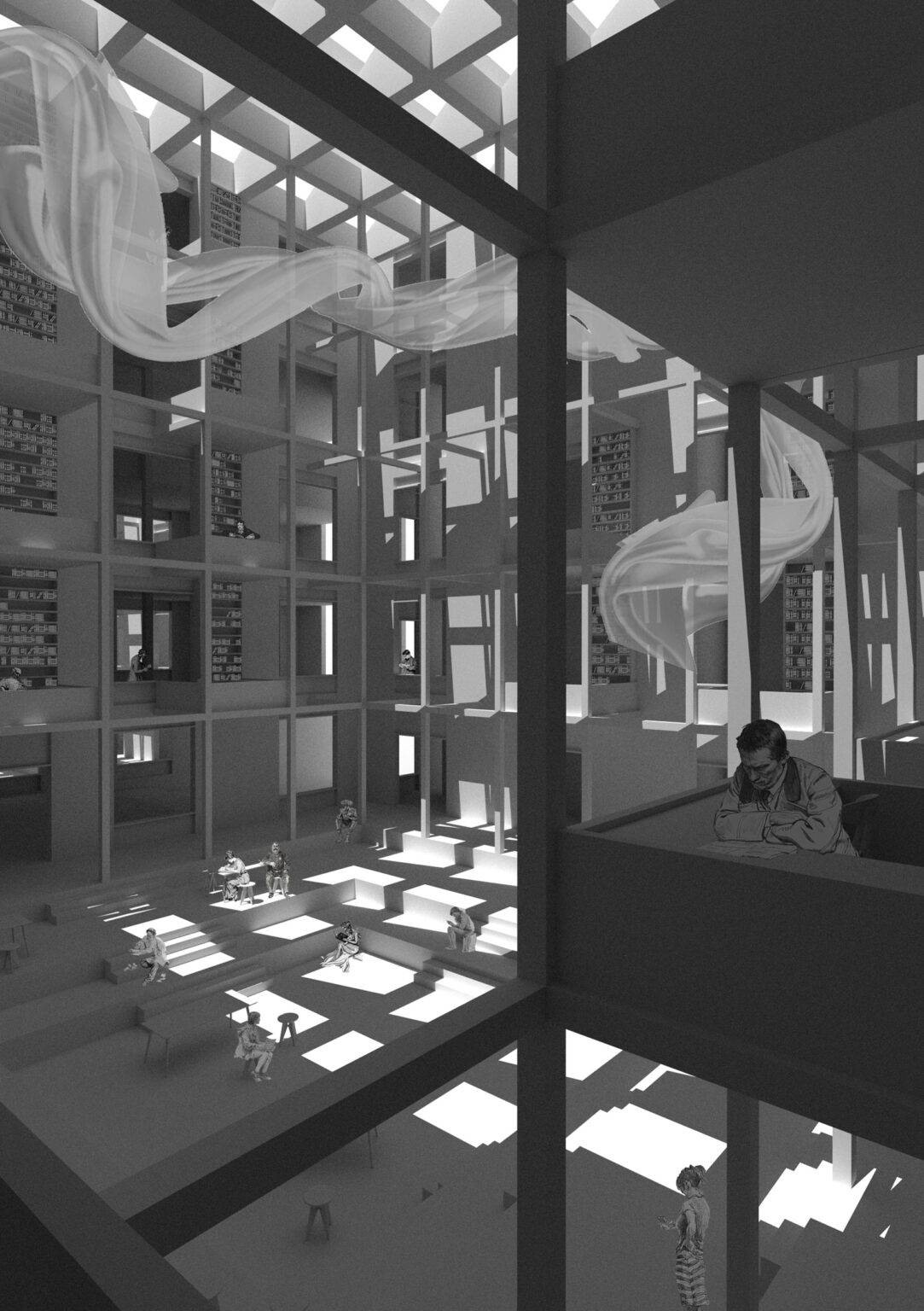 A Space to Work 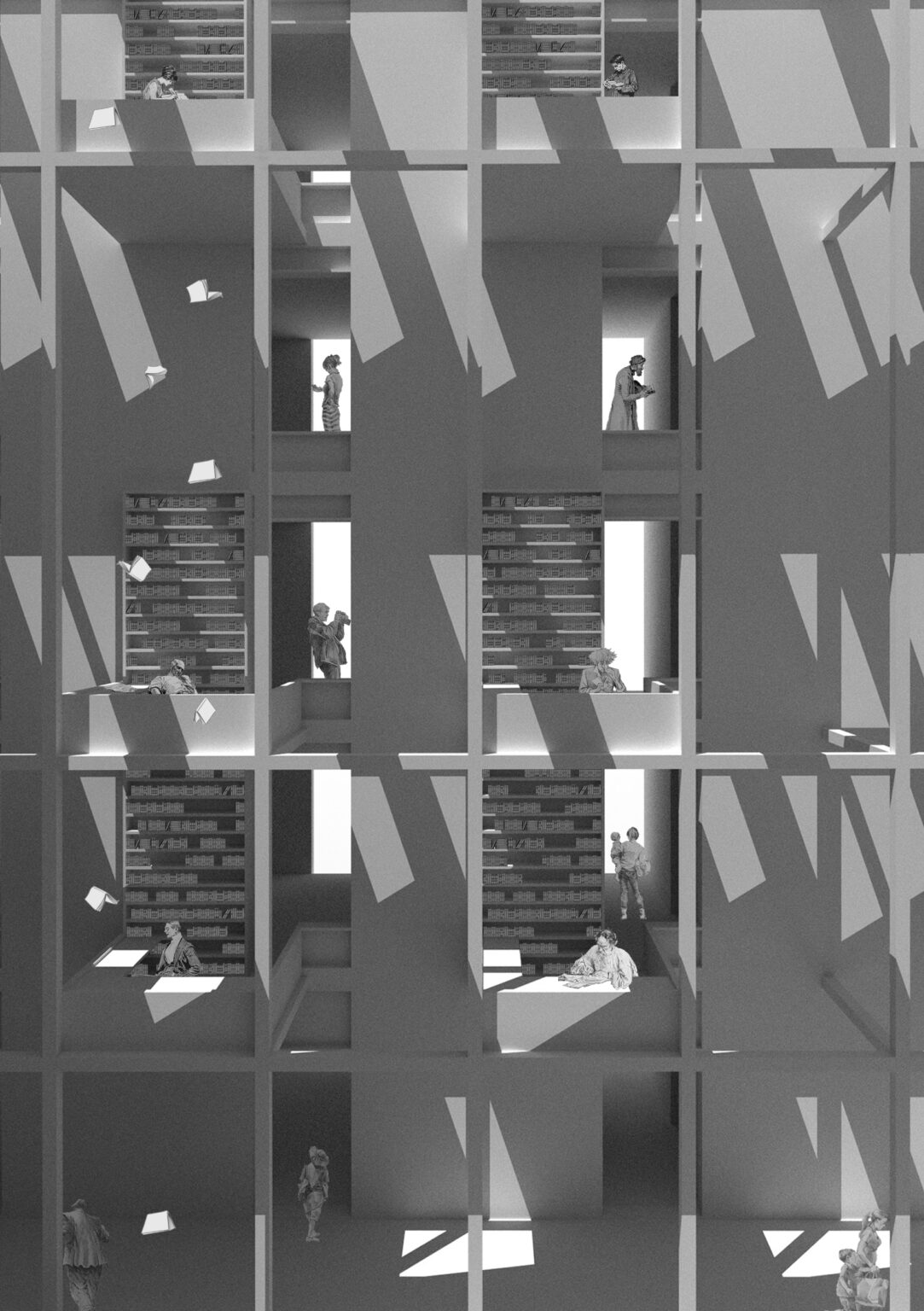 A Space to Research 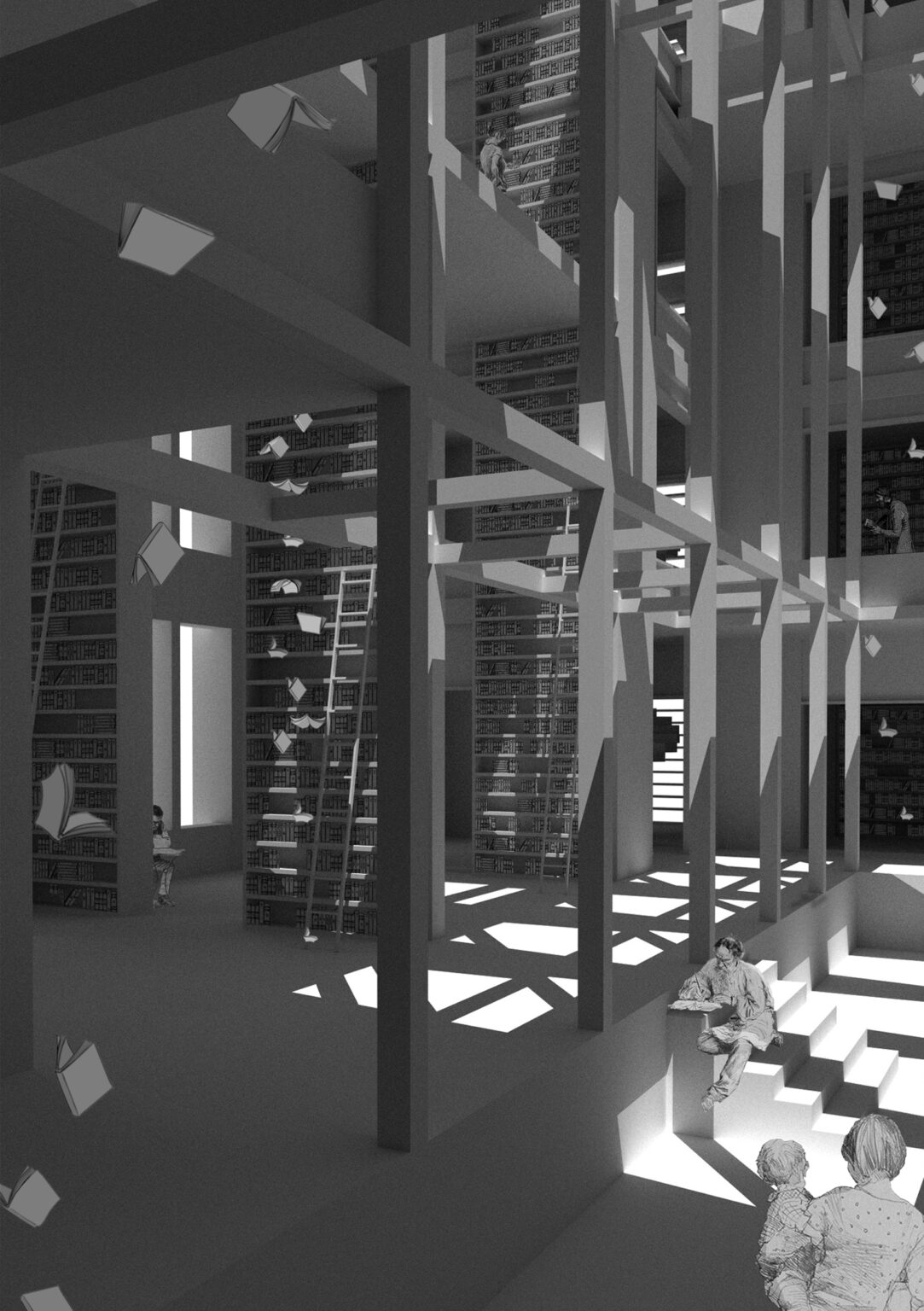 A Space to Read 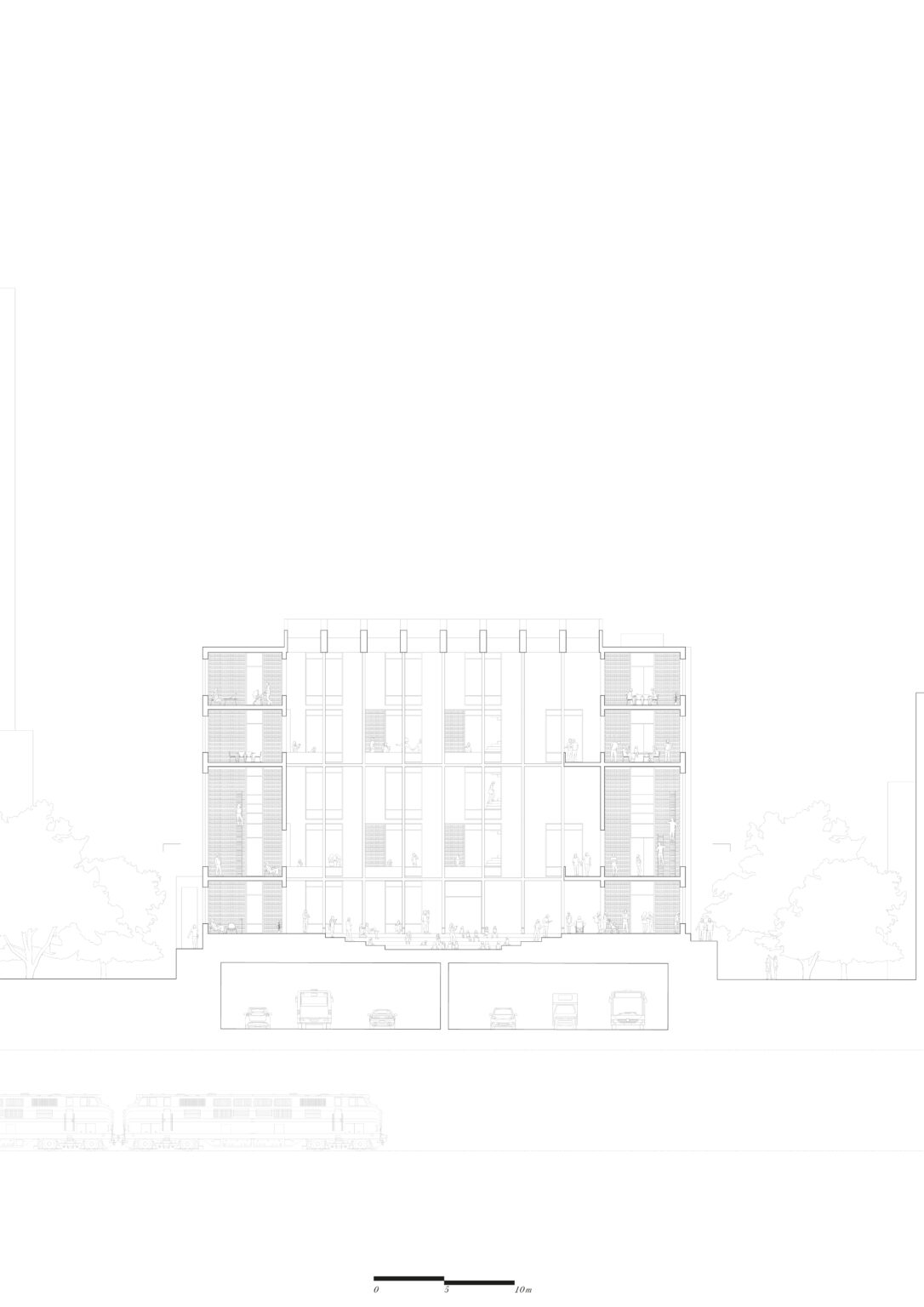 Cross Section; A Space to Dwell

5 of 8
Previous Next
Close 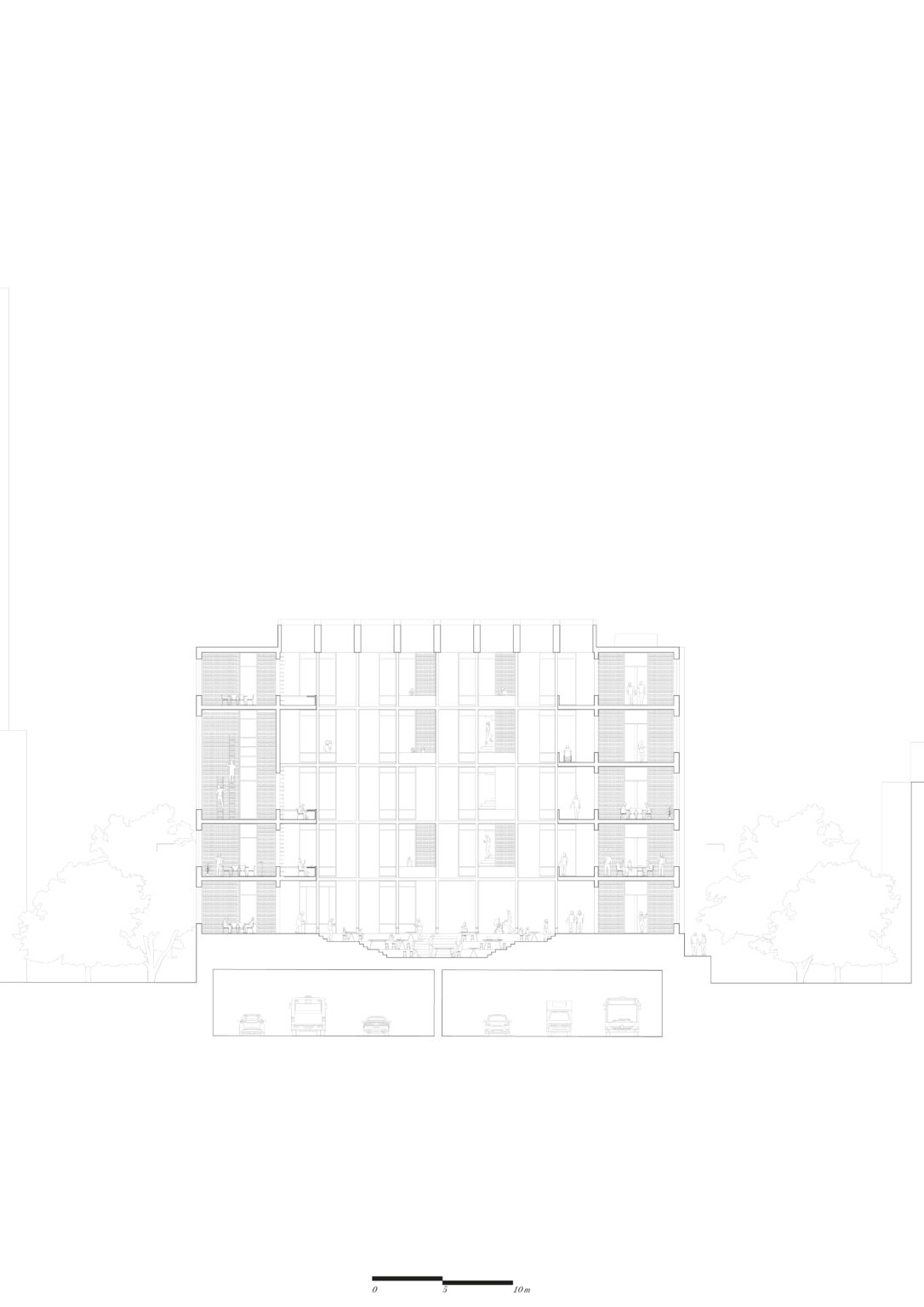 Cross Section; A Space to Work

6 of 8
Previous Next
Close 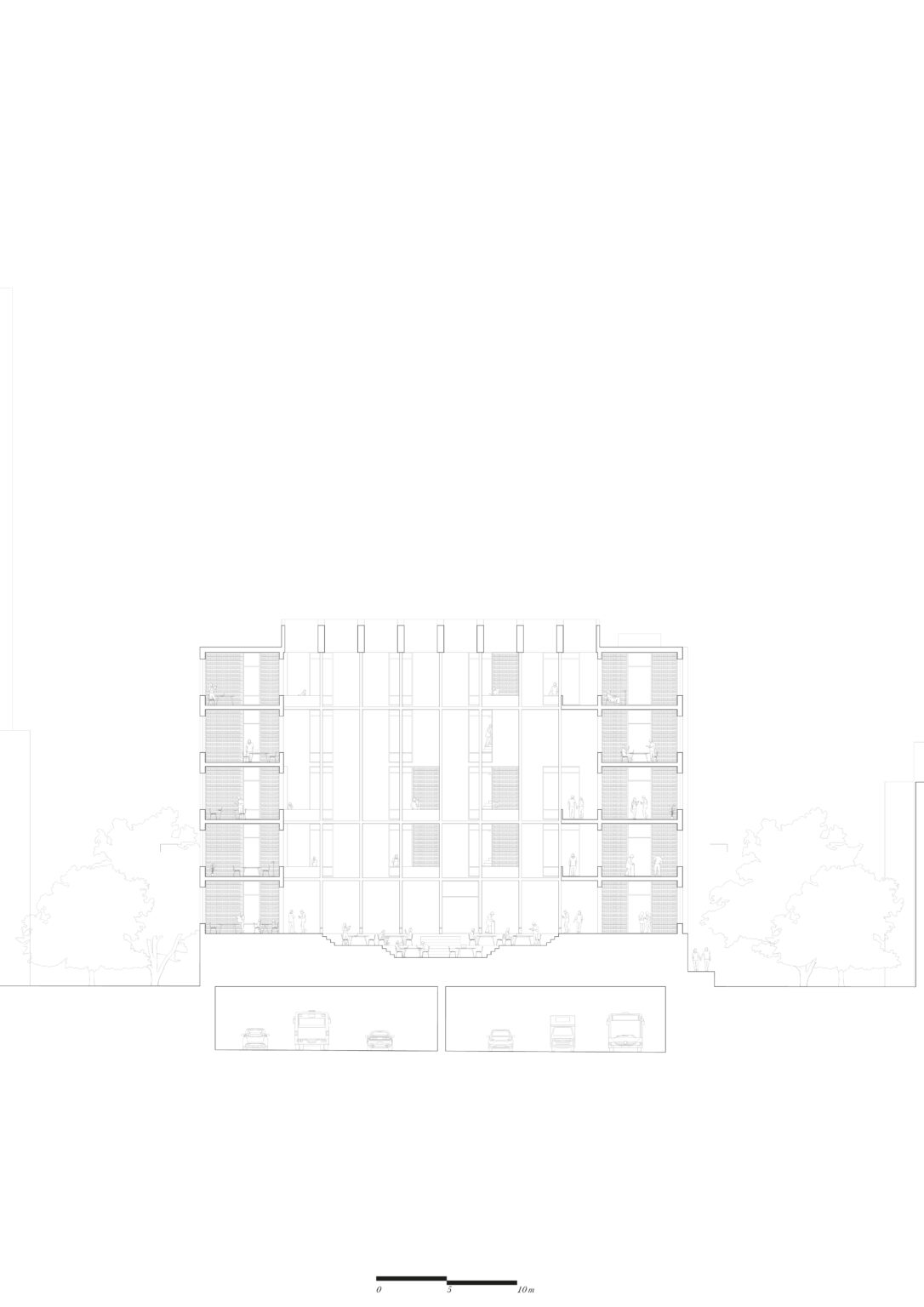 Cross Section; A Space to Research

7 of 8
Previous Next
Close 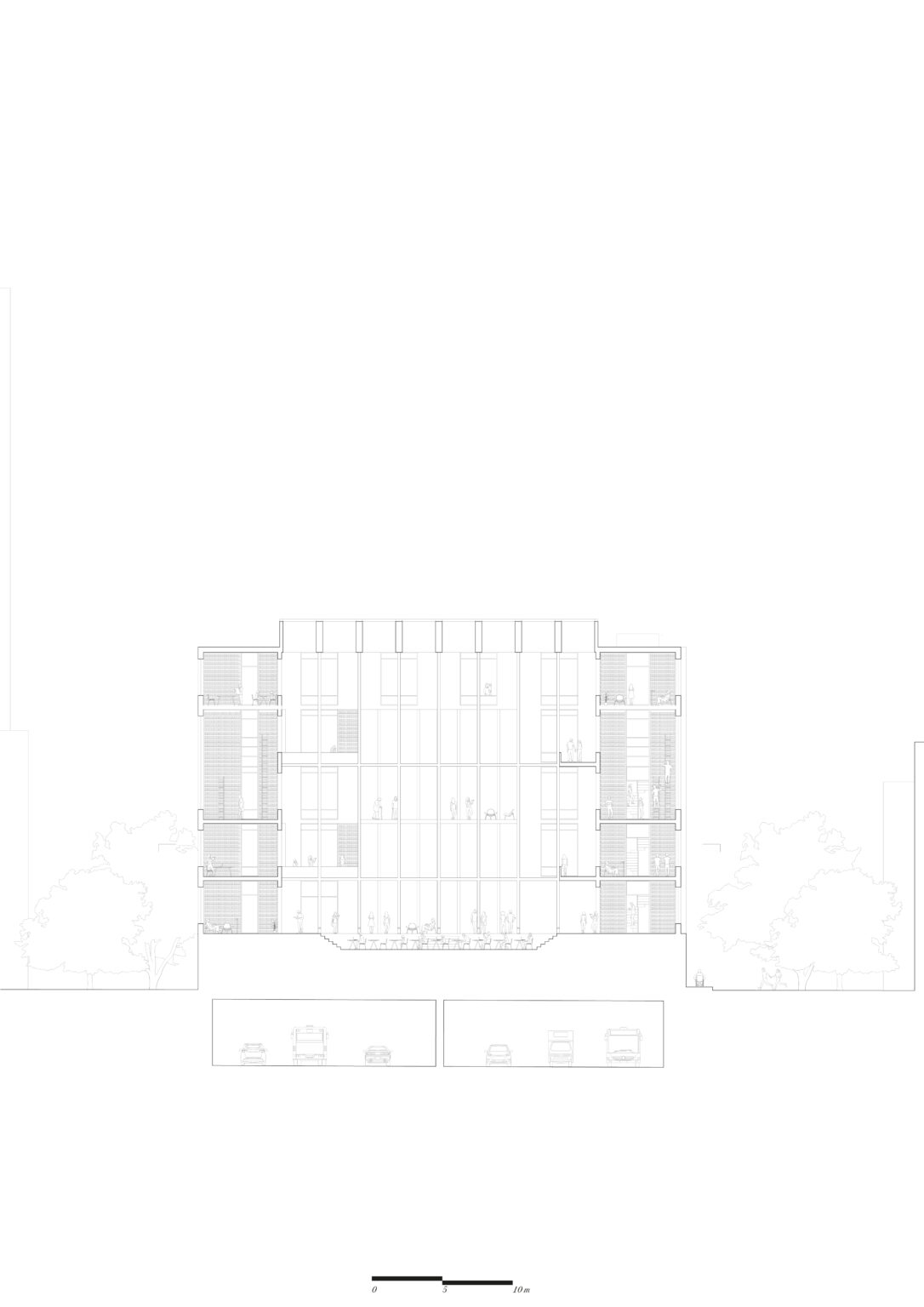 Cross Section; A Space to Read

8 of 8
Previous Next
Close