I wanted to create a brand that helped people explore new cities, and to design a more comfortable friendly space than what is currently out there for tourists. I was influenced about my own experience when I’ve travelled to new cities in the past and thought would could have made my journey in these places easier? Move is a space that hosts tours around the city, gives users a chance to learn about stories of Glasgow, join in on workshops/events hosted by locals and giving the possibility to meet new people.

My aim is make Move’s motto ‘Smiles made world-wide’ and to create a community of people excited to explore new cities. For the future hopefully move will be placed in many cities throughout the world, allowing a community to be formed. I want this concept to be a friend for people, to feel comfortable walking into this space knowing they will leave happy.

The location of my site is 83-85 Buchanan Street, which is listed as a Category B, designed by Gillespie, Kidd and Coia. This central location was key for my concept as it had to be easily accessible for tourists when they arrive in Glasgow, not too hard to find! The building has two entrances, one on Buchanan Street which will be used as the main public entrance and the other entrance on Mitchell Lane that will be used for the coming and going of tours. 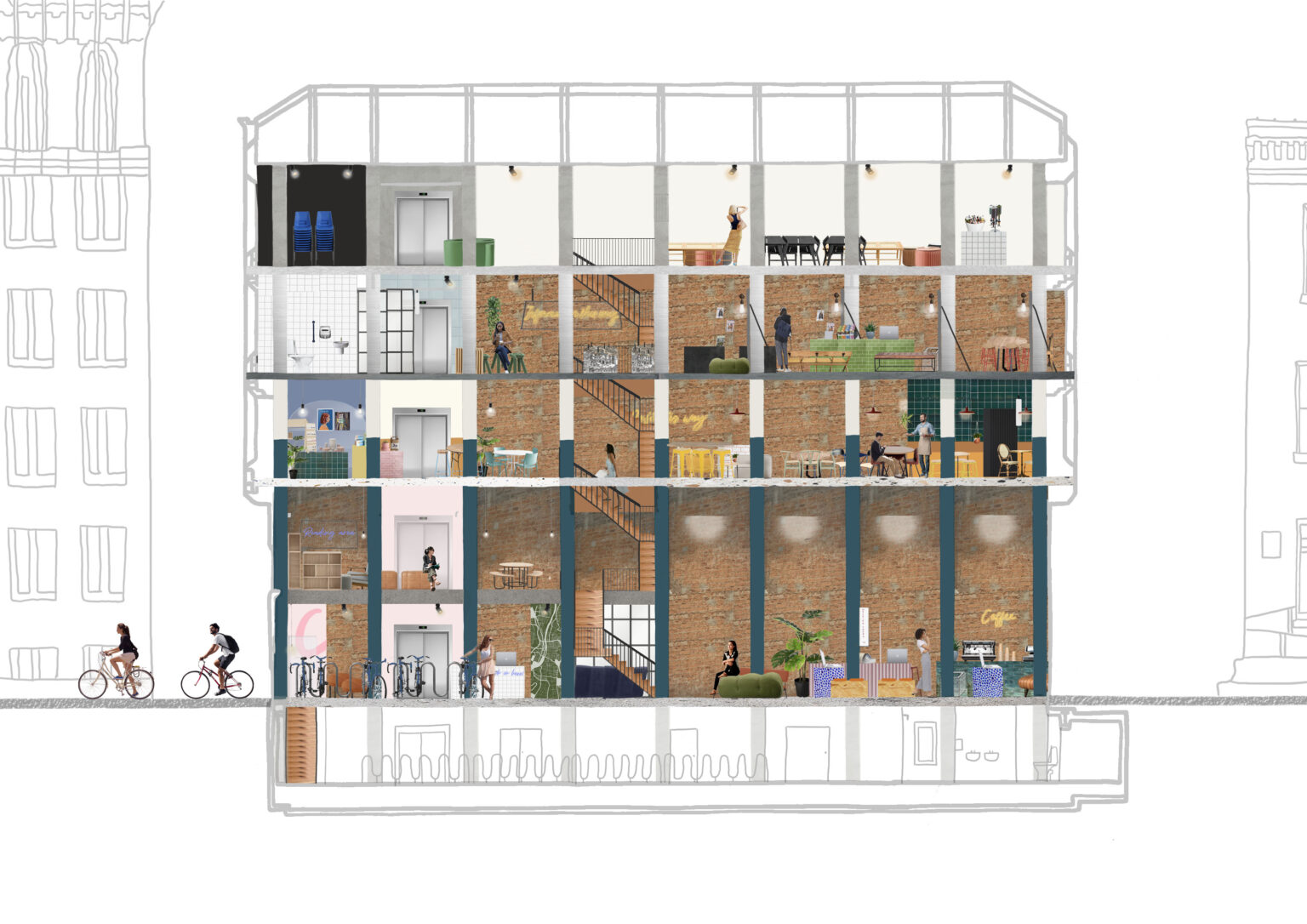 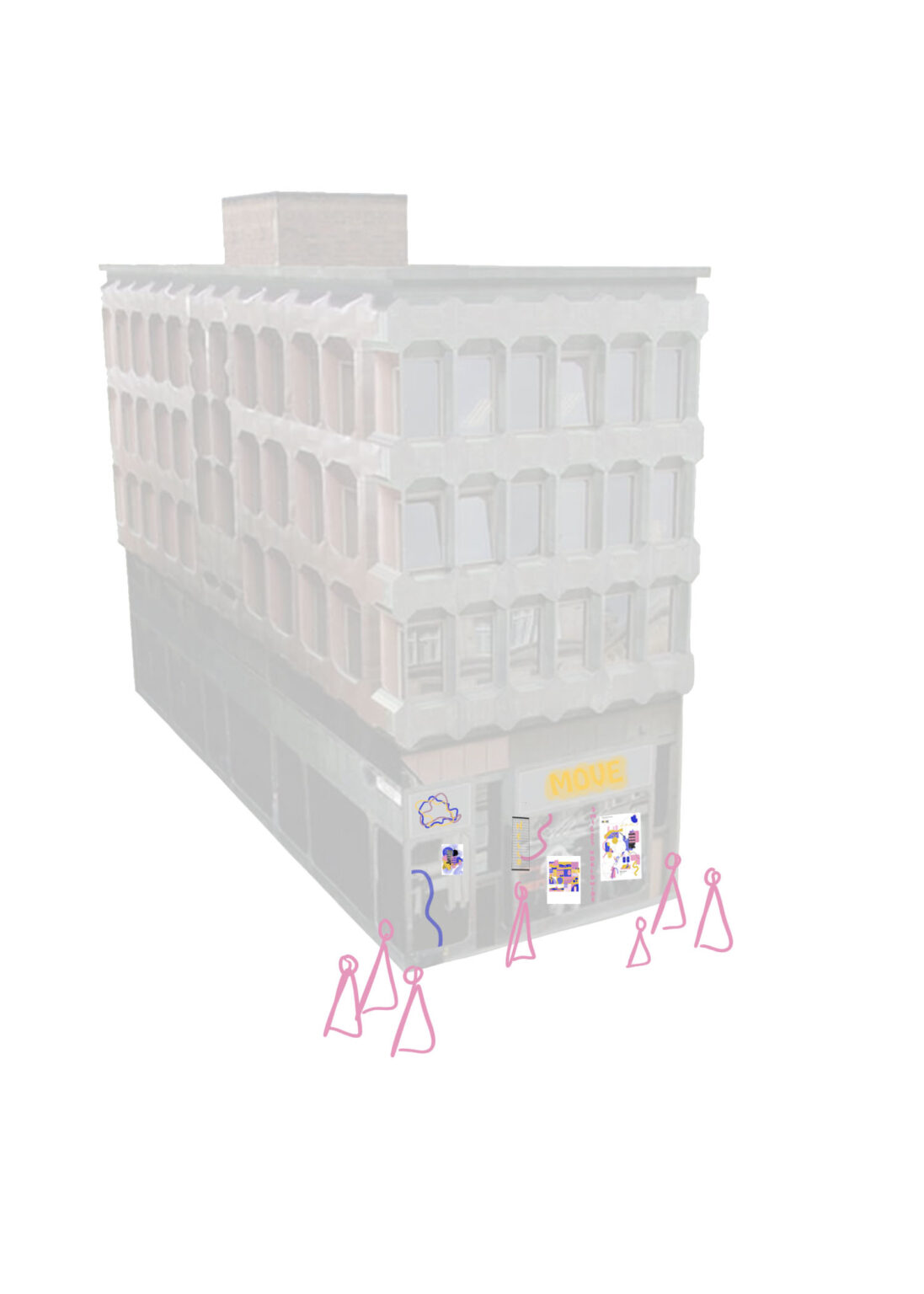 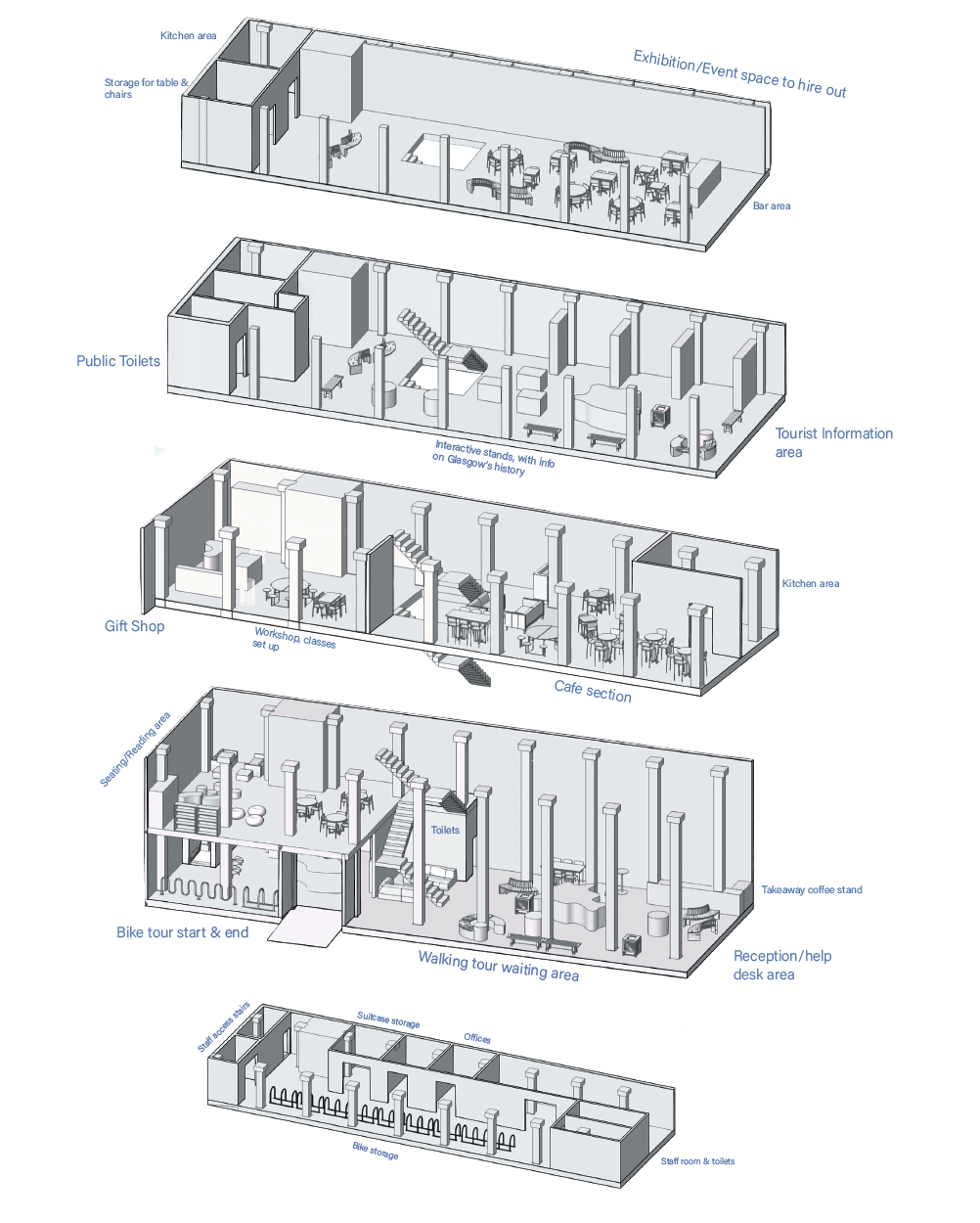