Aquarius is a triptych of self-portraits depicting the evolution of my self-image and the symbolisation of my inner world, spiritual, fictitious and intimate, drawing on astrology and symbolism. It started as a way to documents changes I went through during a time of reflecting and spiritual discoveries, and culminated into three paintings of 2 x .75 meters.

I used the symbol of Aquarius, the Water-Carrier, who receives and pours water out of two vases, as a metaphor for the inner transformation I had to make from the abuse I suffered to the kindness I want to embody. It feels logical to end my experience of school with this project on self-reflection, as it was school that marked me in the worst way in my formative years.

The paintings each represent an alternate self, either ruled by one aspect of the zodiac (sun/moon/rising) or different levels of the development of my consciousness and spirituality. The first one could be a corporeal self looking to untie blockages in love and intimacy; the second one experiences and makes sense of the world with their strong imagination, and the third one has achieved a higher state of consciousness through this imagination.

The works that had first inspired this project were 19th century historical paintings and portraits from the romanticist, pre-raphaelite and symbolist movements; their influence can be found in the change of format and in the poses of the figures I painted, as well as in the use of gold leaf and astronomic symbols. This work plays around the themes of body image, costume, colour, sexuality and kink, astrology and spirituality. 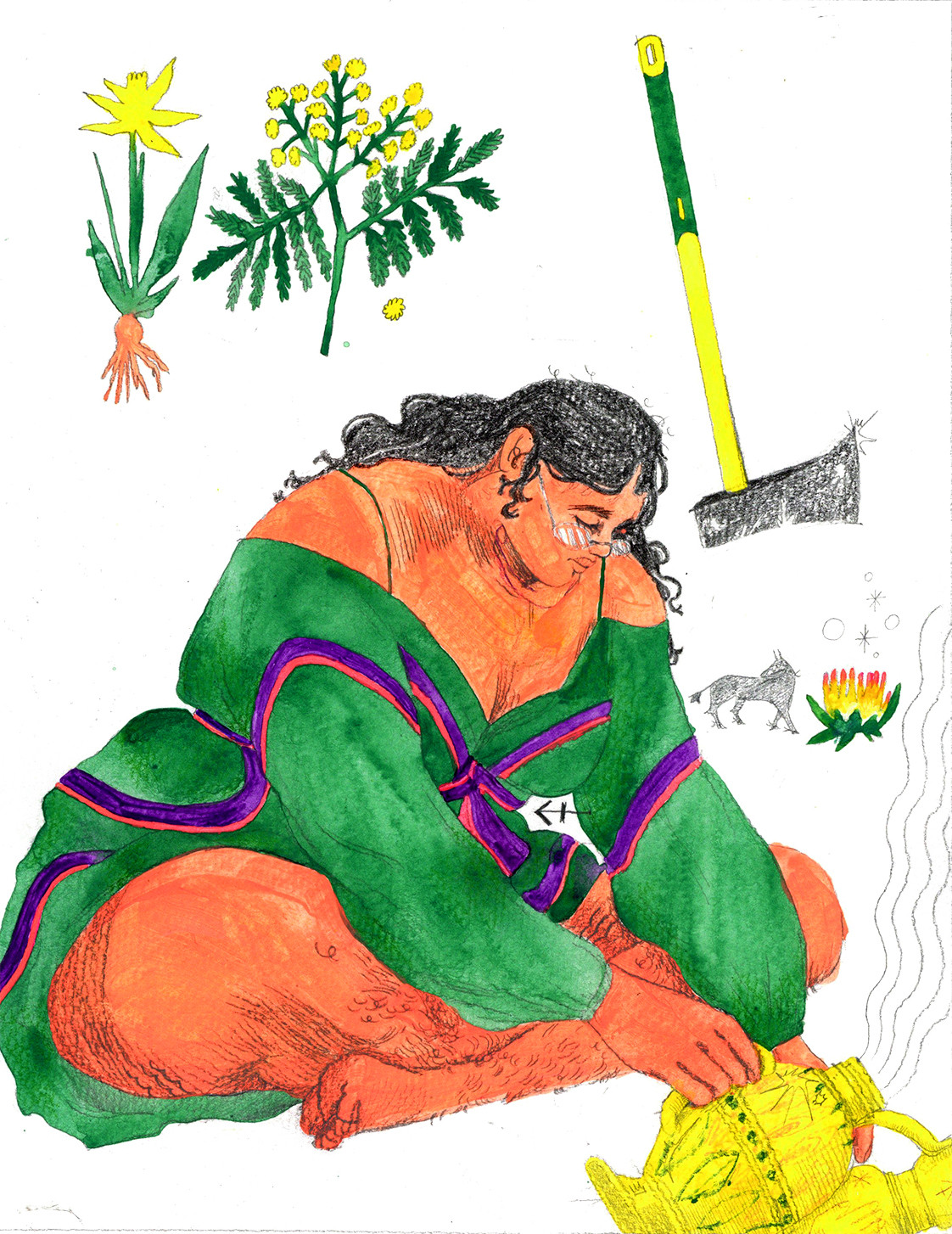 Watercolour and pencil on paper, 20x30 cm In this self-portrait based on Victor Renault des Graviers' "Waterbearers", the symbol of Aquarius becomes a metaphor for inner change and transformation, receiving bad water and pouring love and empathy.
For Sale: £100
1 of 13
Previous Next
Close 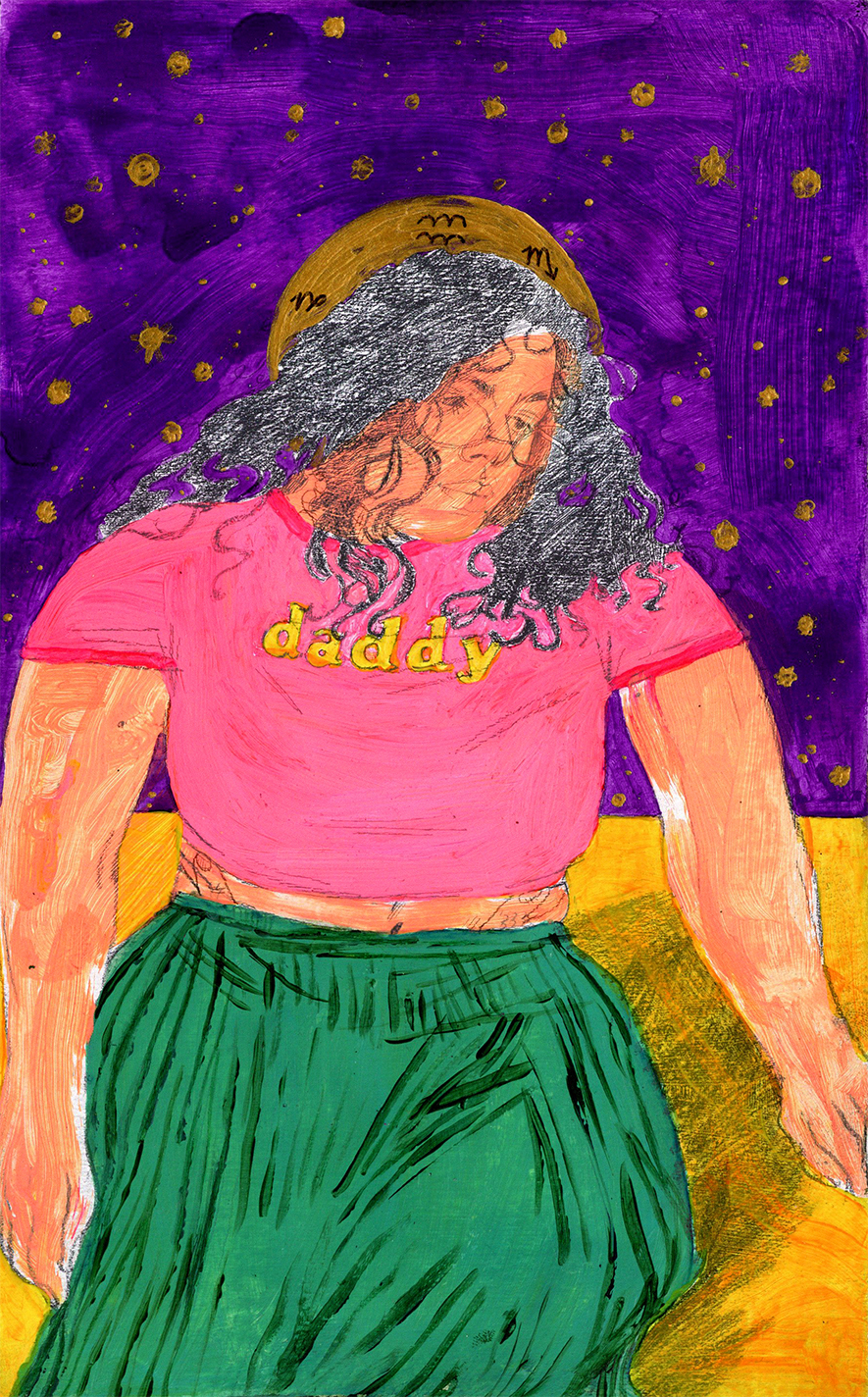 Acrylics and pencil on cardboard, 30x18 cm. This self portrait uses clothing as a reference to kink, one of the behaviours I chose to explore visually as a self-defining tool.
2 of 13
Previous Next
Close 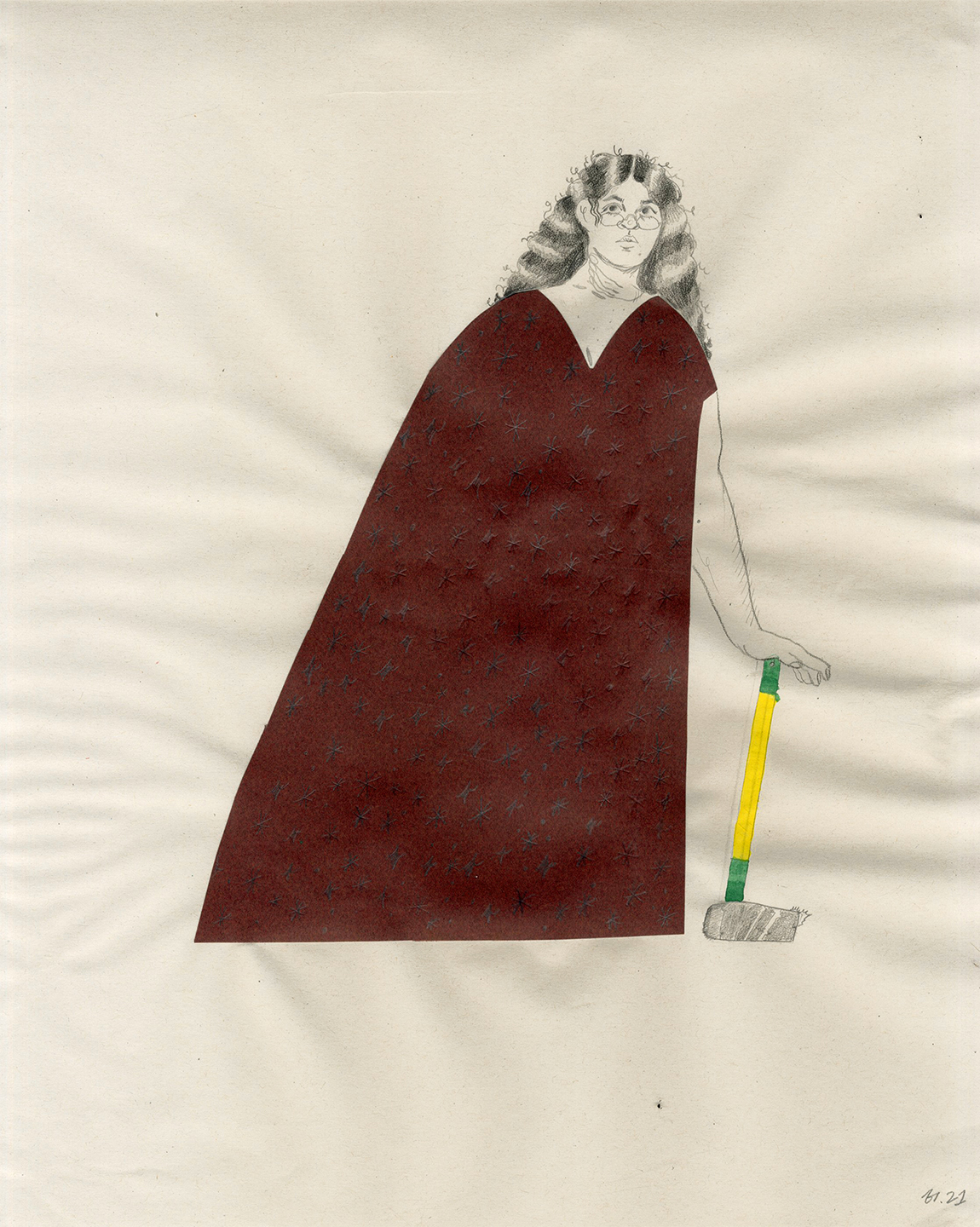 My shoulders are broader than that. I'm a swimmer and a lumberjack

Collage, pencil and watercolour on paper, 40x30 cm. This work in the development of 'Aquarius' was looking for a way to simplify the shape of the body and clothing.
3 of 13
Previous Next
Close 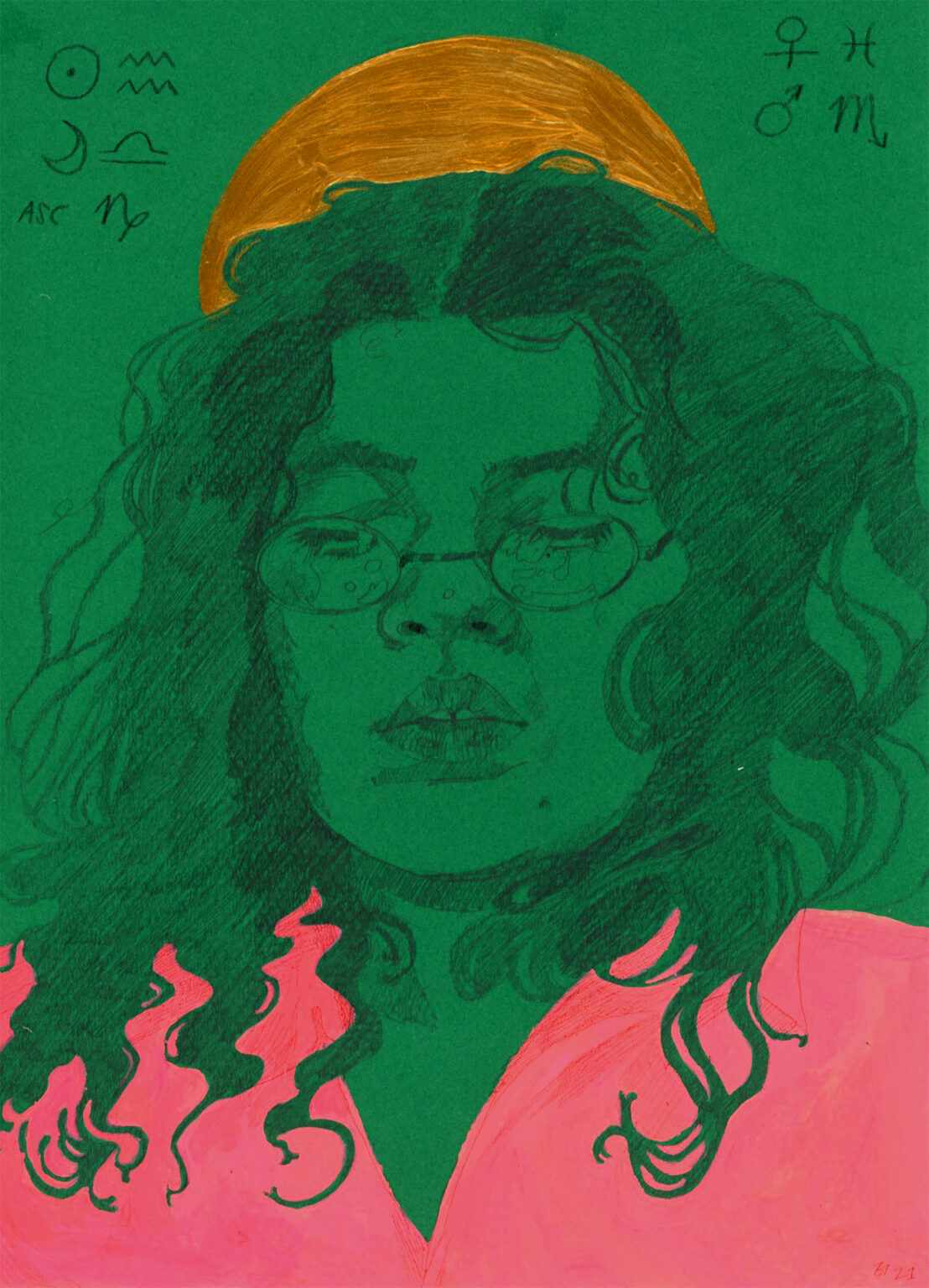 Aquarius is the teacher of the zodiac

20x29 cm Self-portrait relying on astrology and colour to define the subject.
For Sale: £100
4 of 13
Previous Next
Close 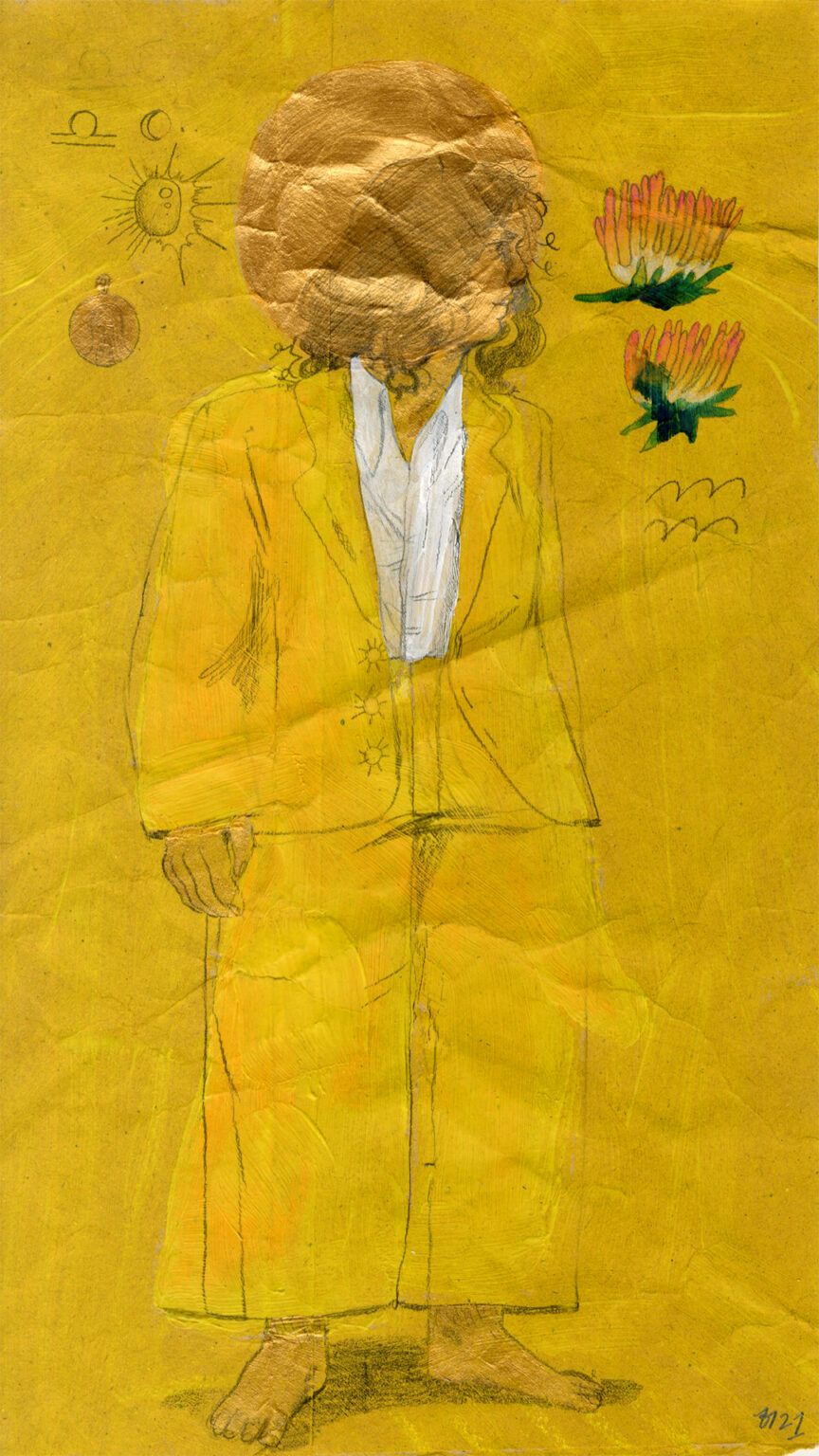 15x30 cm An exploration of symbols and colour to define oneself.
5 of 13
Previous Next
Close

2x.75 m An insight into a corporeal self ruled by Mars in Scorpio and Venus in Pisces, doing inner work to heal their relationship to love and intimacy. The waterbearer pours love and wisdom out into the world.
6 of 13
Previous Next
Close

2x.75 m A portal between the corporeal and the higher self, the second painting shows the use of a strong imagination to join the two.
7 of 13
Previous Next
Close

2 x .75 m The third painting is a higher, magical self manifested into reality. They can see things the other two cannot.
8 of 13
Previous Next
Close 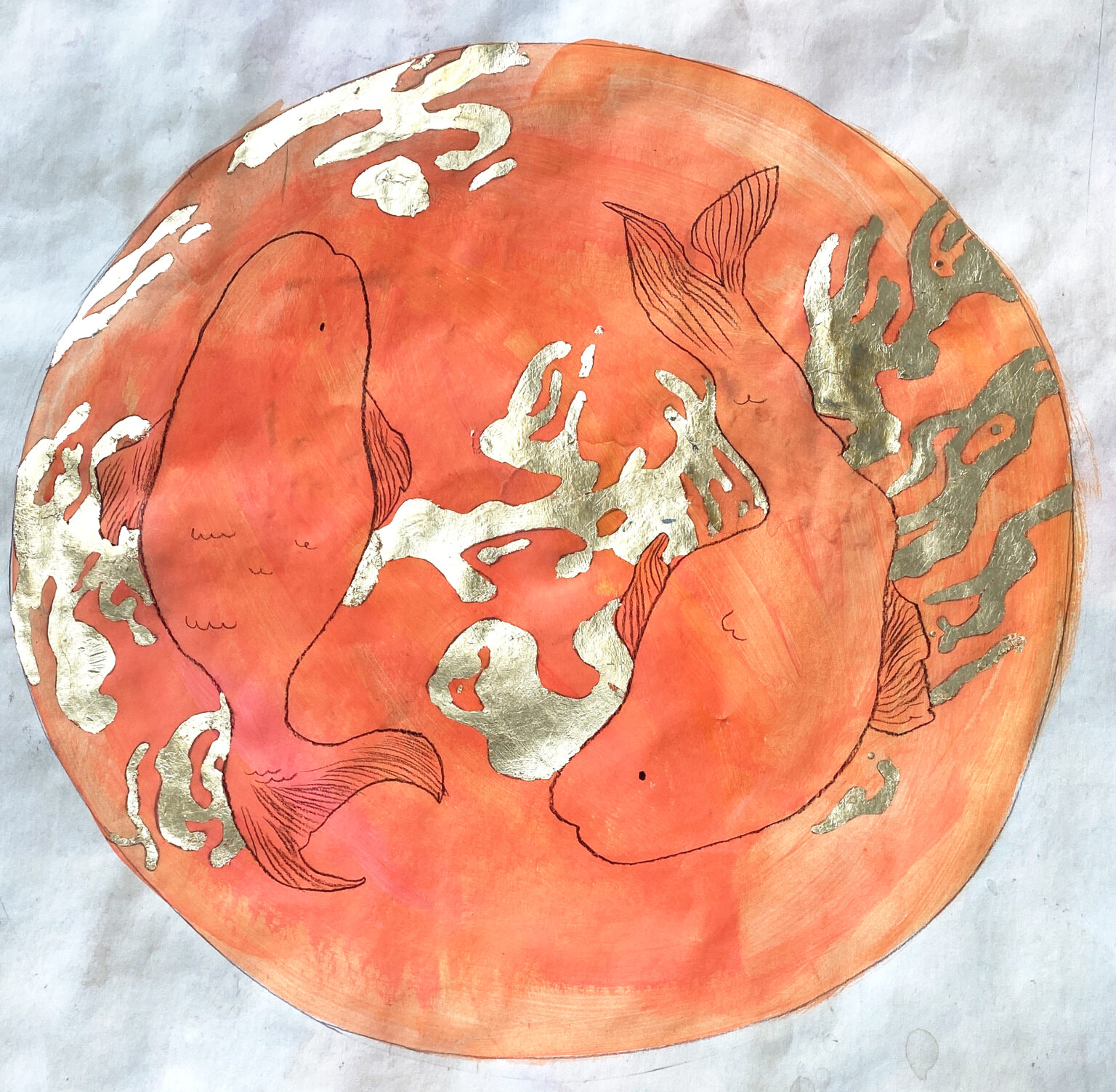 Venus in Pisces, gold leaf, pencil and watercolour on paper
9 of 13
Previous Next
Close 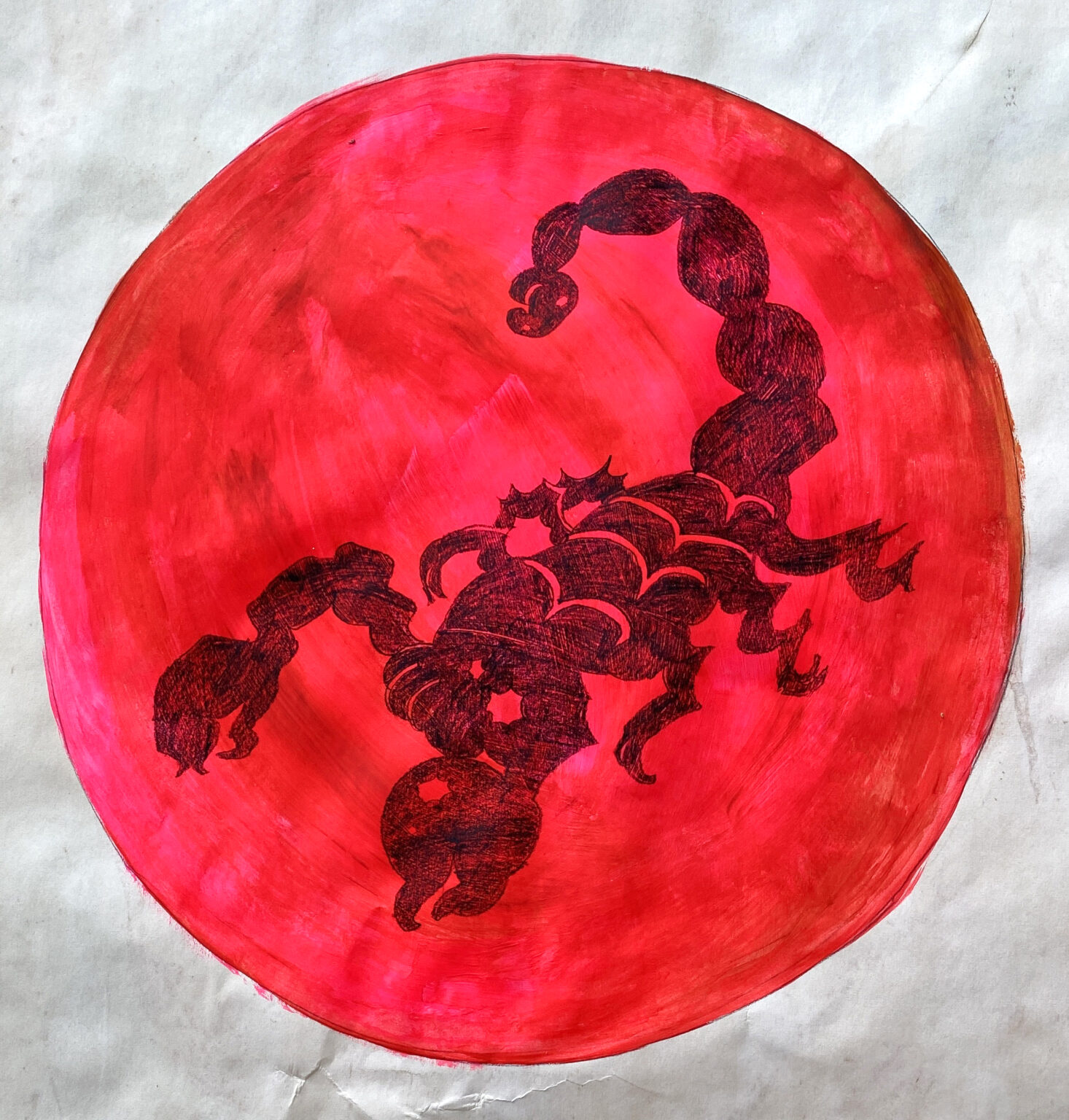 Mars in Scorpio, acrylics and pencil on paper
10 of 13
Previous Next
Close 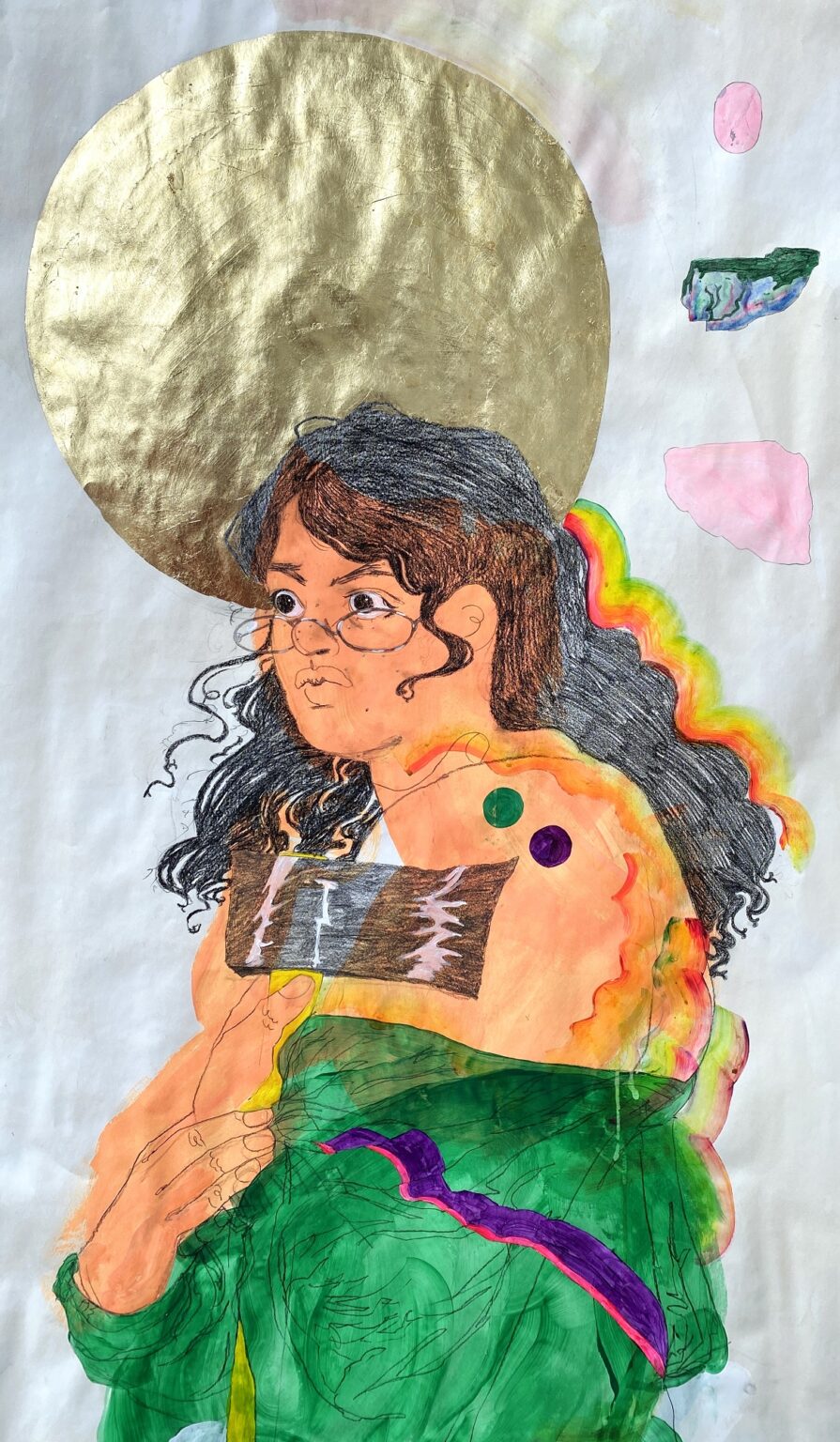 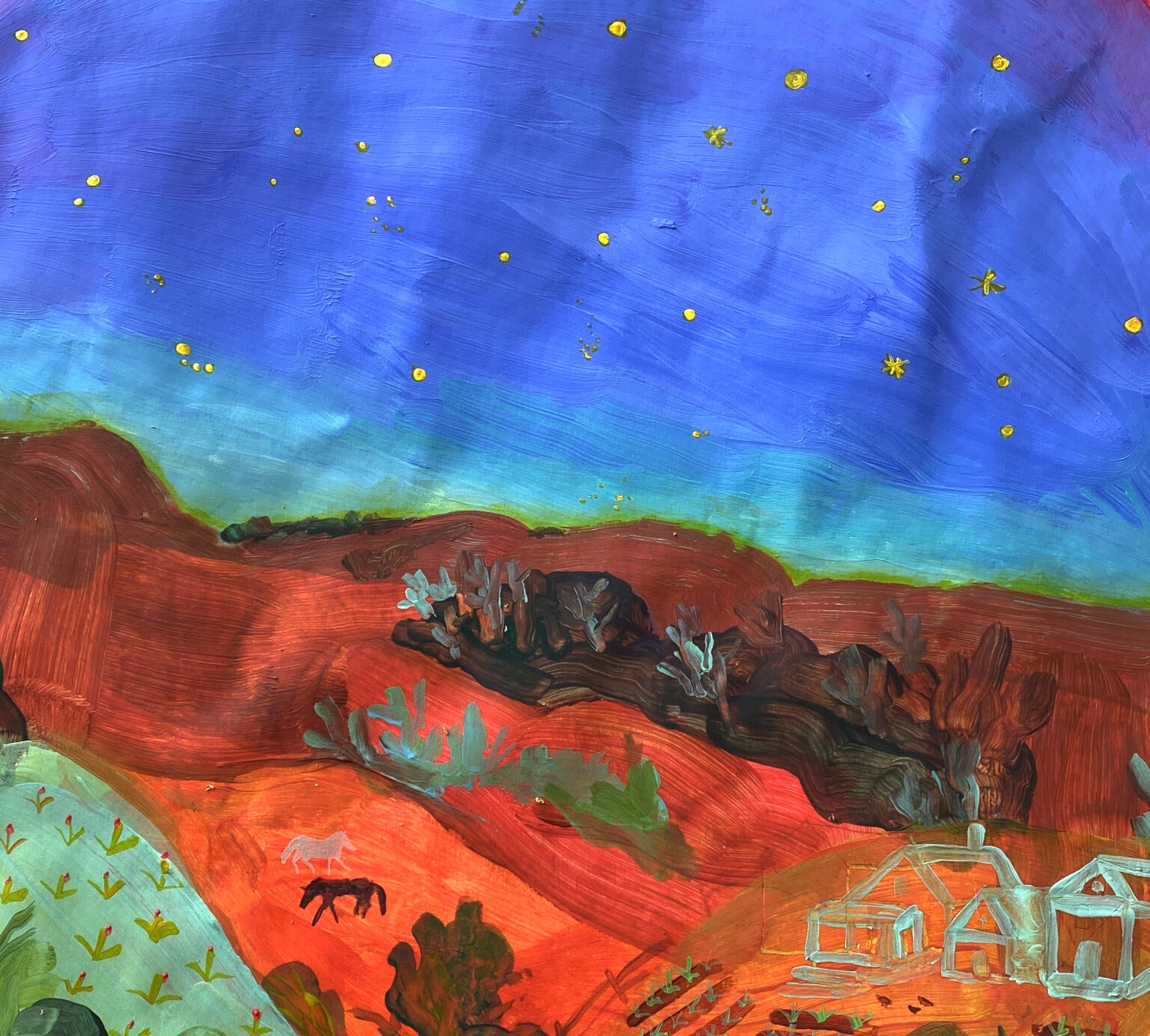 A glimpse at an inner world. Aquarius makes sense of the world using their imagination
13 of 13
Previous Next
Close