The climate consideration for the site is shown through the designing of an earth berm flood embankment. The research into the North East site shows the existing car park to be the weakest point along the river bank. This area of the site landscape needed to be the most protected. The embankment acts as this form of protection against the climate of Balloch however it also acts as a feature of the journey through the architecture. The inclusion of a performance hall and retreat into Balloch, gives the population of the town more opportunities for safe social gathering spaces with the chance to express themselves creatively. The multi-purpose aspect of the retreat can allow for the adaption of the users needs.

The children of the Sistema Project ‘Big Noise’ which this project is primarily designed for, need a space in which to relax, learn, perform and socialise. The journey from their homes in the city to the scenic countryside can be overwhelming therefore this proposal needs to consider their emotions. The design features a double courtyard series of spaces. This gives the children a sense of protection as they are enclosed in their little bubble of fun and relaxation. A walkway surrounds the external space to create a pathway of exploration in between the woodland. It also separates the public from the private sector of the site. The Performance Hall acts as a ‘gatehouse’ for the retreat and external recreational area as it is the only visible structure from the car park. It acts as an arrival space transitioning between the public car park to the private retreat.

This project questions the practicality of a flood defence system and how this can be incorporated into the architecture itself. Through the continuation of a wooden stepped feature through the 2 buildings acts as a gathering space for social interactions and contemplation. The in between spaces for the 2 structures creates an external performance space with areas to live, learn and develop as musicians and as people. 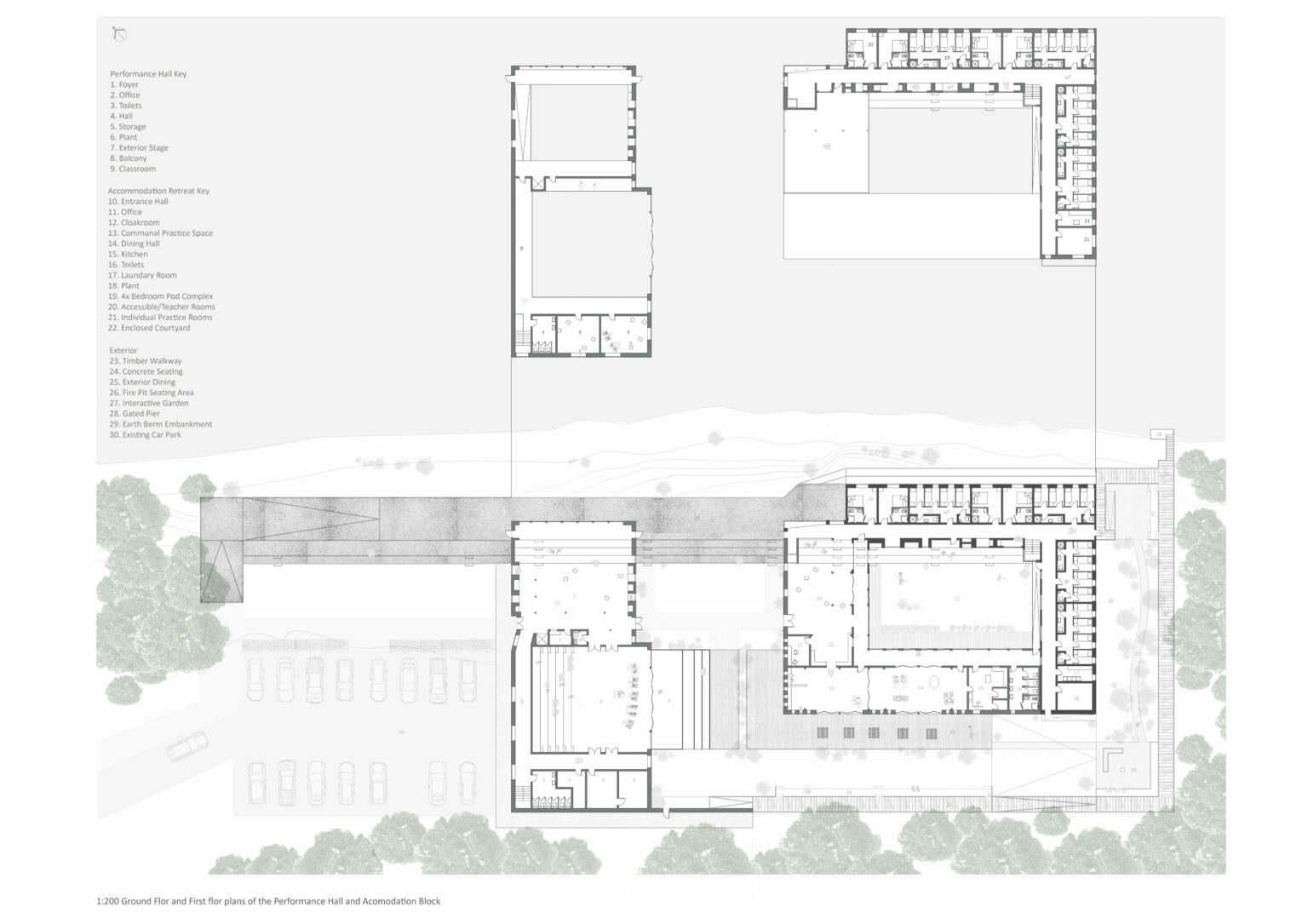 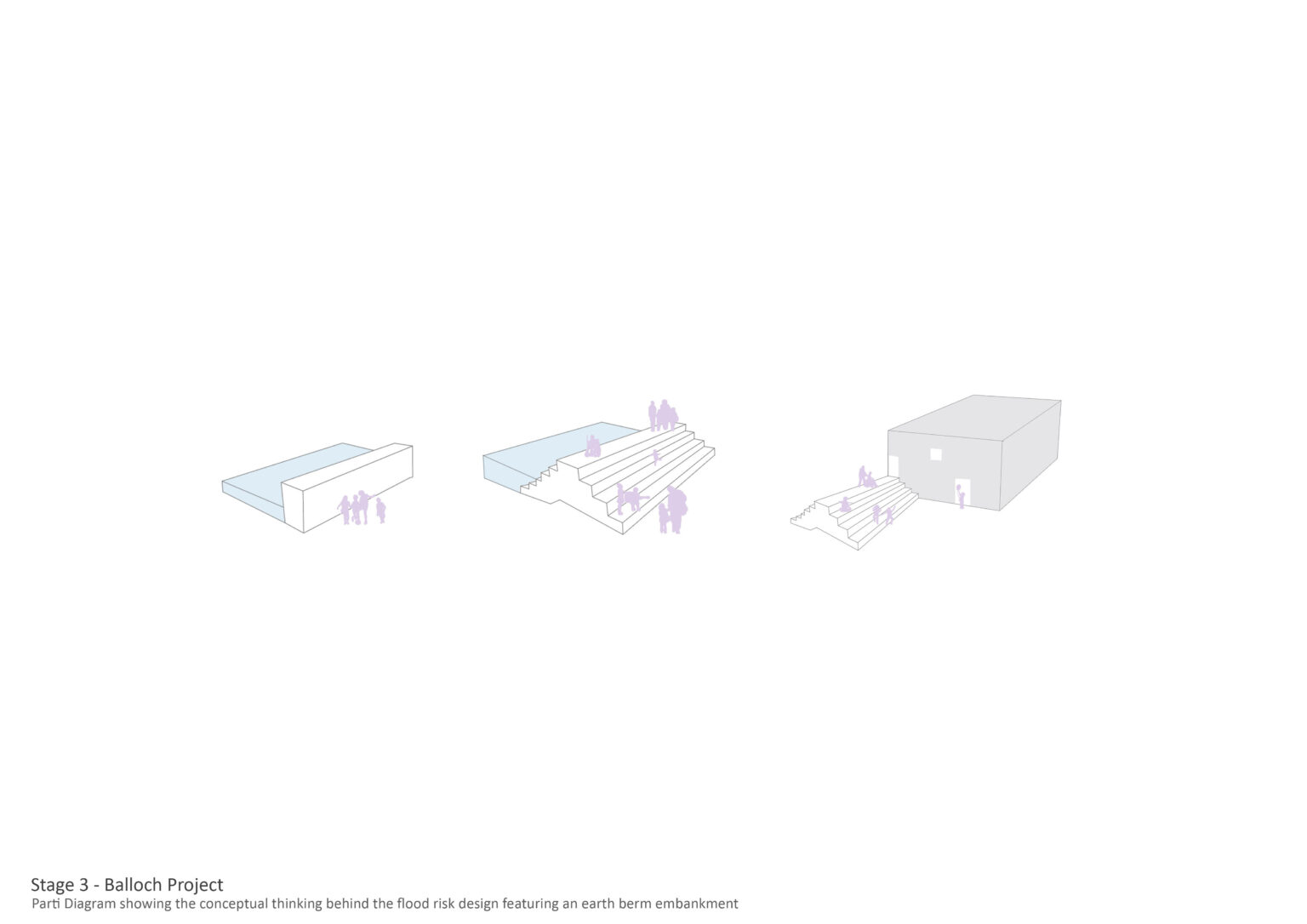 Theme of Safety and Protection 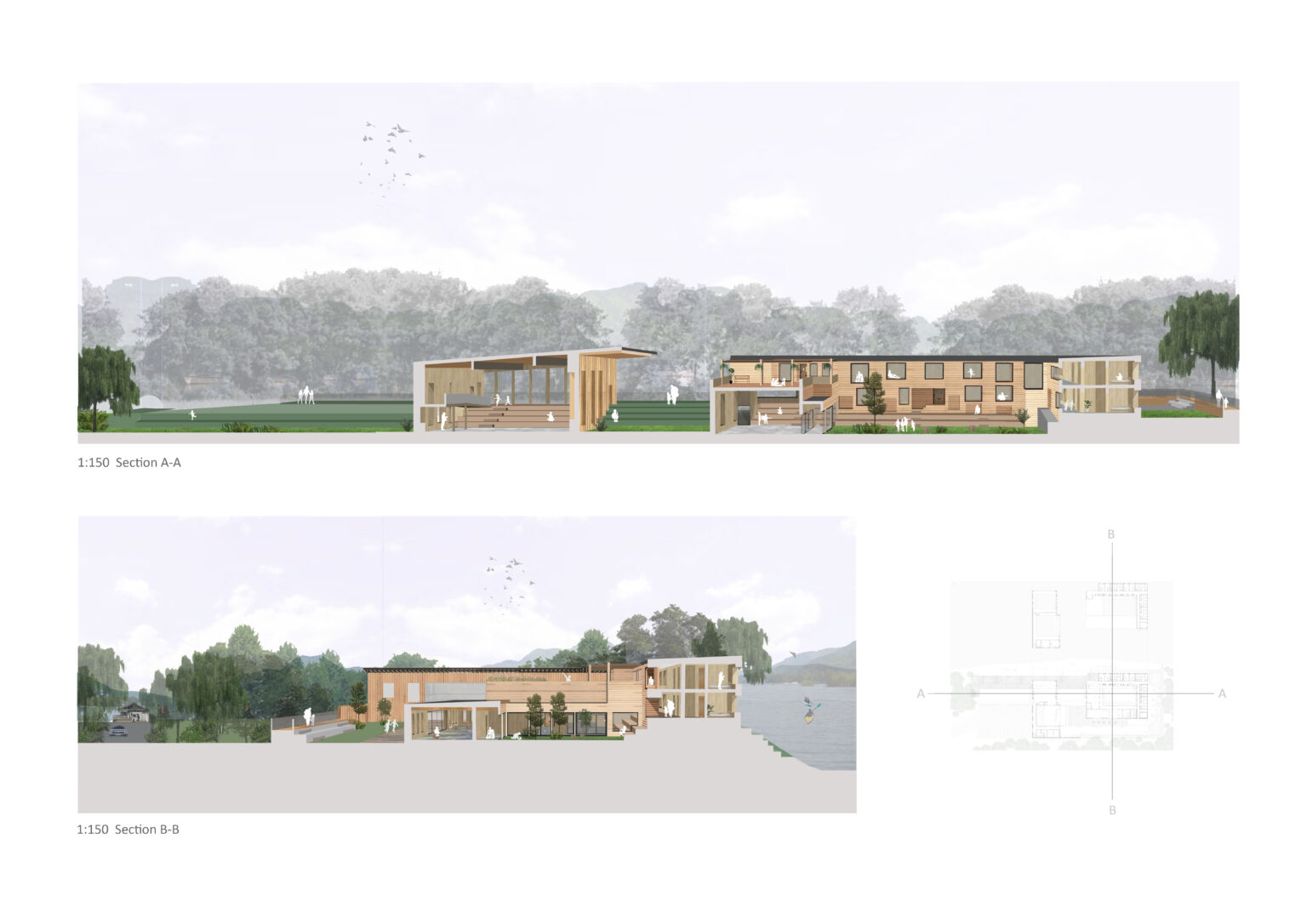