The civic centre as a concept is more out of reach in our current crisis than it has been in liveable memory. However it also gives the opportunity to reassess parts of life we previously took for granted or were assumed to be unchangable – particularly in regards to education and the new ways and methods of learning across ages and groups.

With worklife increasingly changing as we move further into the 21st century, and ‘jobs for life’ fast becoming a distant memory for people of all ages – it begs the question of what support is there for the growing number of people who need to adjust their career path later in life. While education has historically been seen as a paternalistic thing, focused on children only – there is more and more awareness for the need of continual learning and re-learning throughout your life. Whether its simply different cultural norms or reskilling completely in a ‘reinvention of the self’, it is clear that deciding a career path as a teenager is not for everyone and in fact people should be encouraged to explore new things at any point in their life.

Support of this kind is particuarly absent for more working class and less well-off communities – such as that of Calton, which suffers from some of the highest poverty rates, particuarly for children, in Glasgow. In order to help tackle this as a key focus, this proposal aims to provide charitable facilities for education and learning for the surrounding community of Calton, particularly focusing on the creative arts which are often elitist and out-of-reach for many people across society. It will also facilitate performance and exhibition needs for both learning and visiting artists – creating a new way of community learning and encouraging new skills at all ages. With this it will have capabilities for people suffering from mental health issues and provide an opportunity for those suffering from poverty. It looks to foster a healthy, nurturing learning environment that is open to all and provide for those who may not otherwise have access to certain facilities – whether its workshops and traditional artistic tools, or performance spaces and digital work.

The traditional way of learning and education – from school at a young age to university if you’re lucky or priviledged enough, to finally a job that you’re in for life – is becoming increasingly outdated – particularly as work becomes more and more precarious for employees who are often let go without warning or families having to juggle several. Instead this proposal suggests a more circular approach to learning, where you can come back to education as and when you need it, whether its for a new career and skillset or even just to achieve self-fulfillment creatively or otherwise. 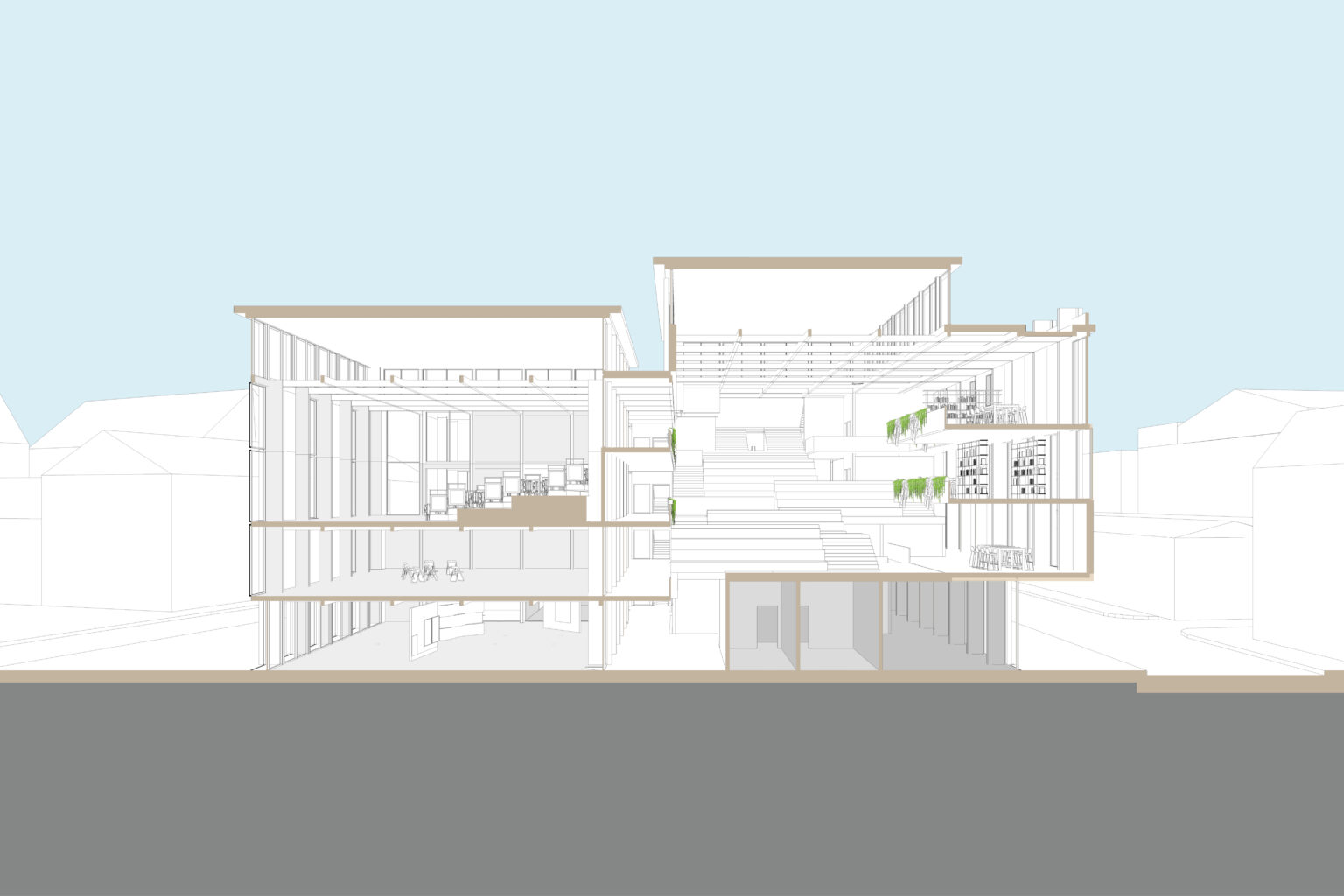 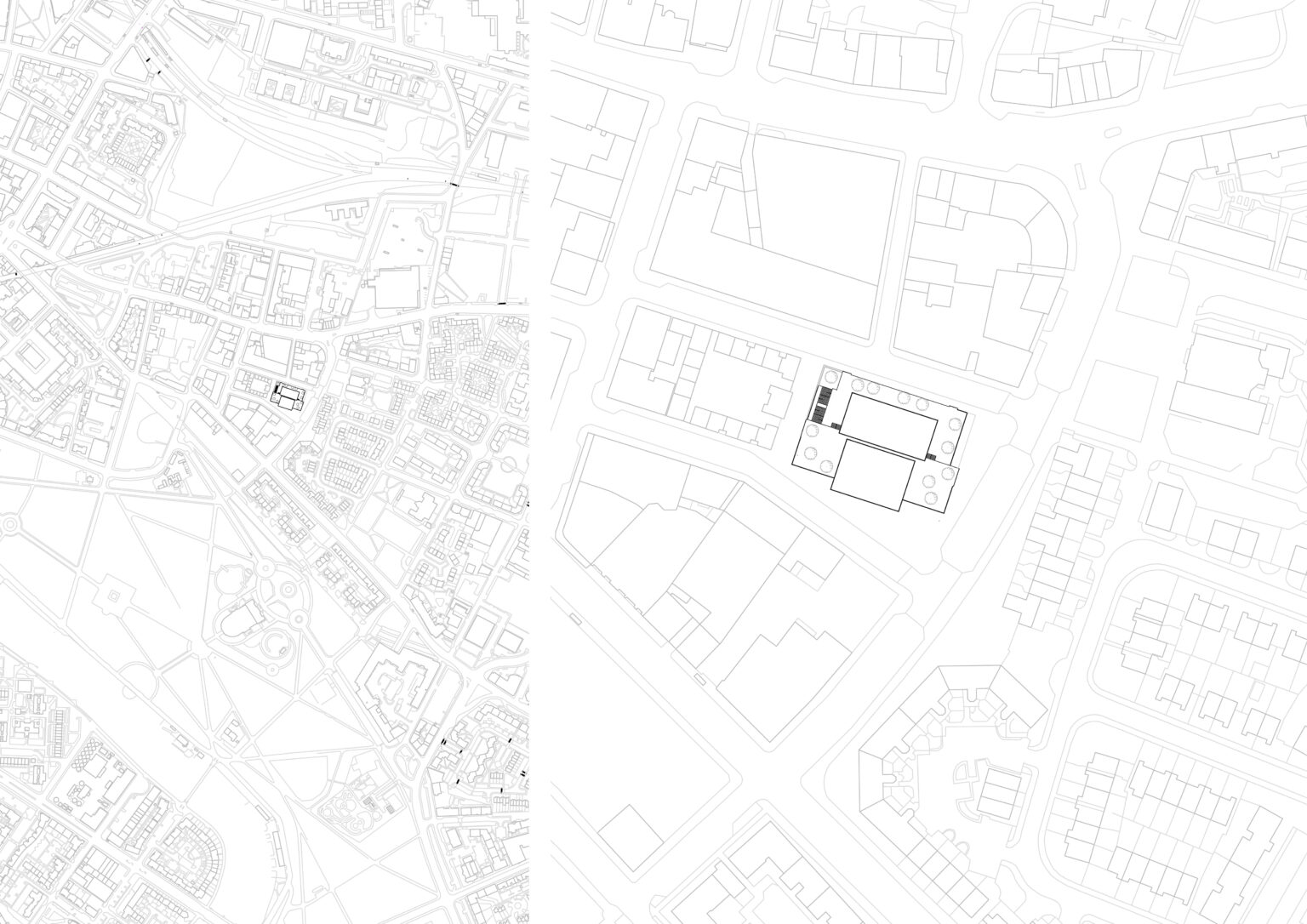 location and site plan of proposal 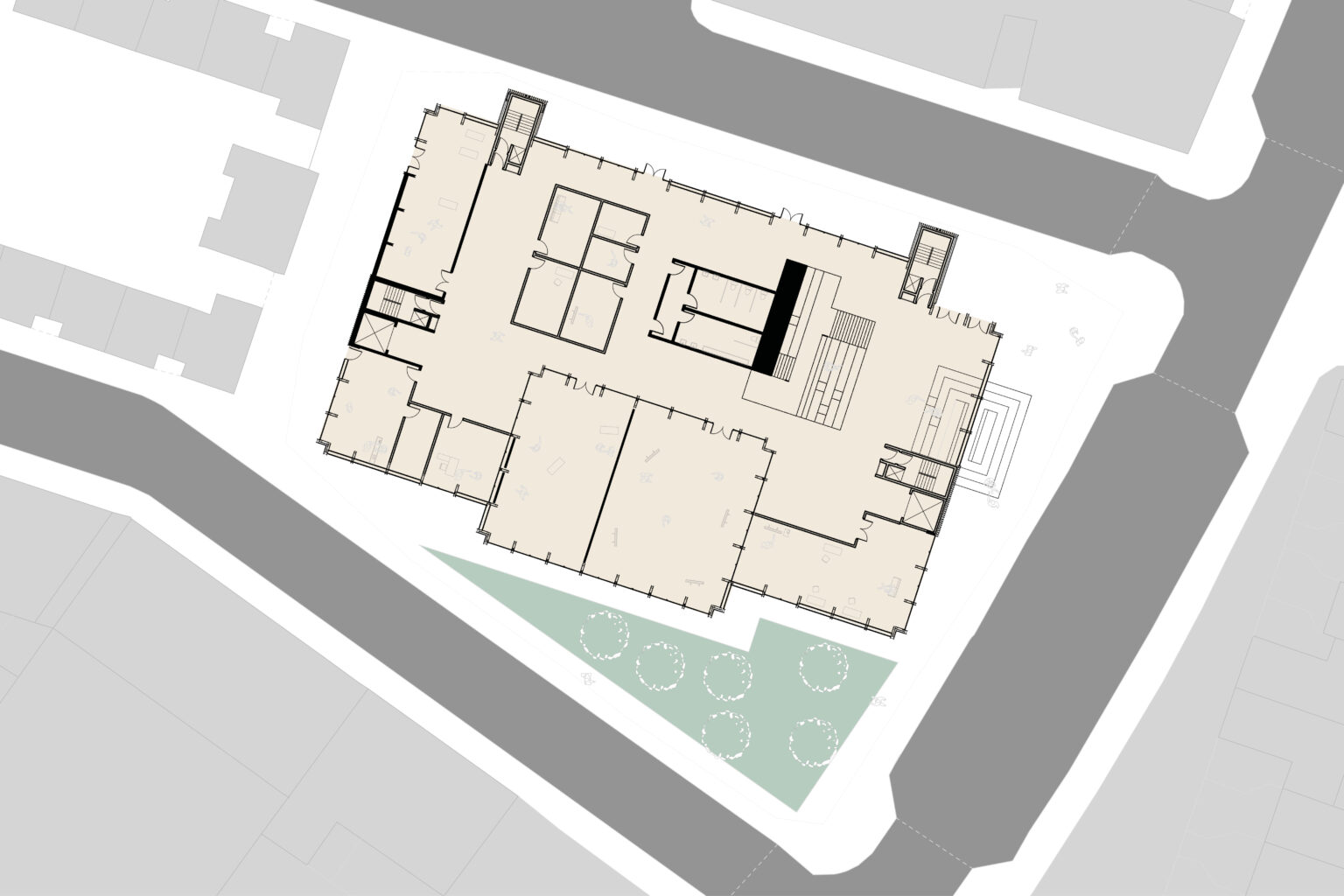 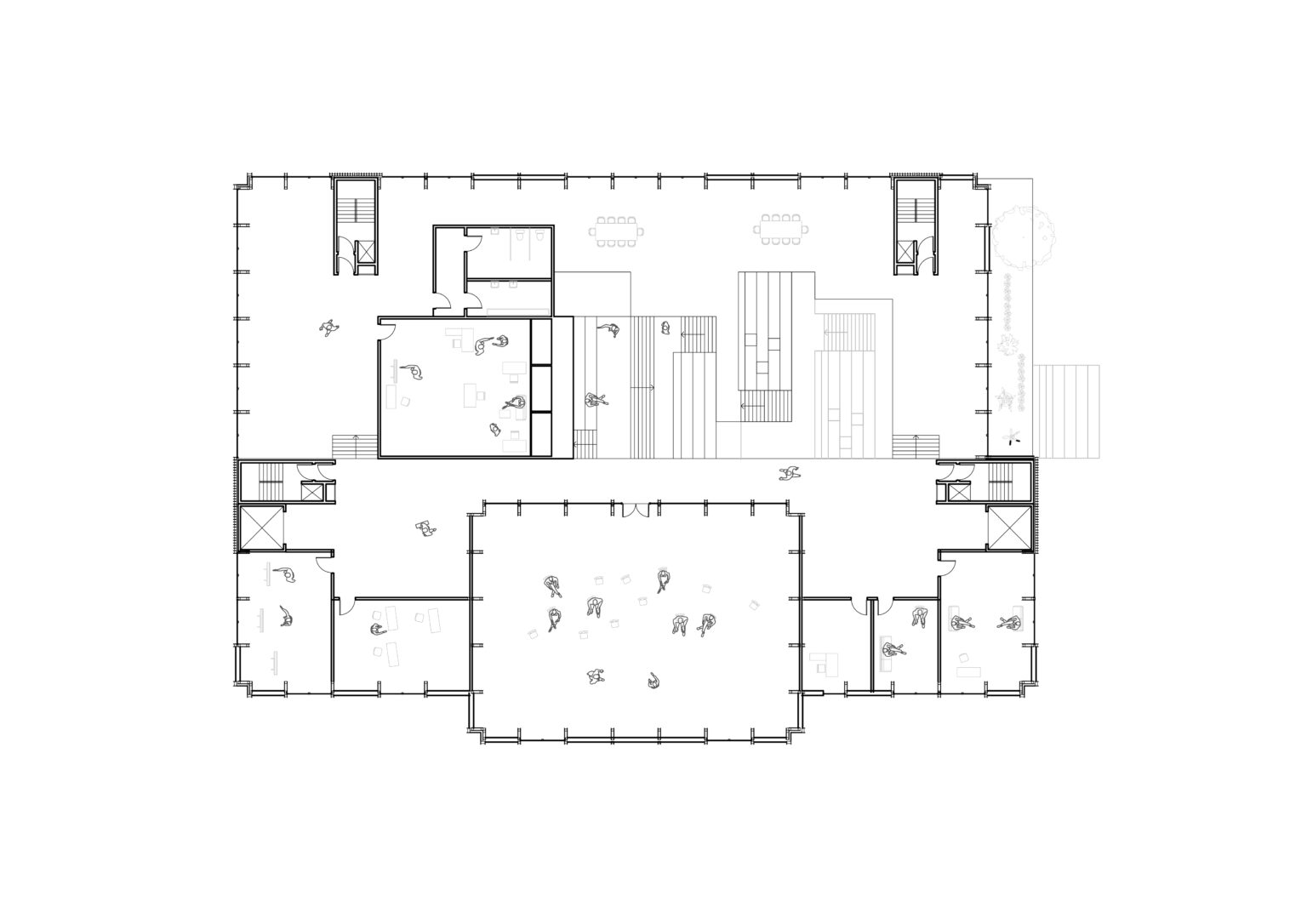 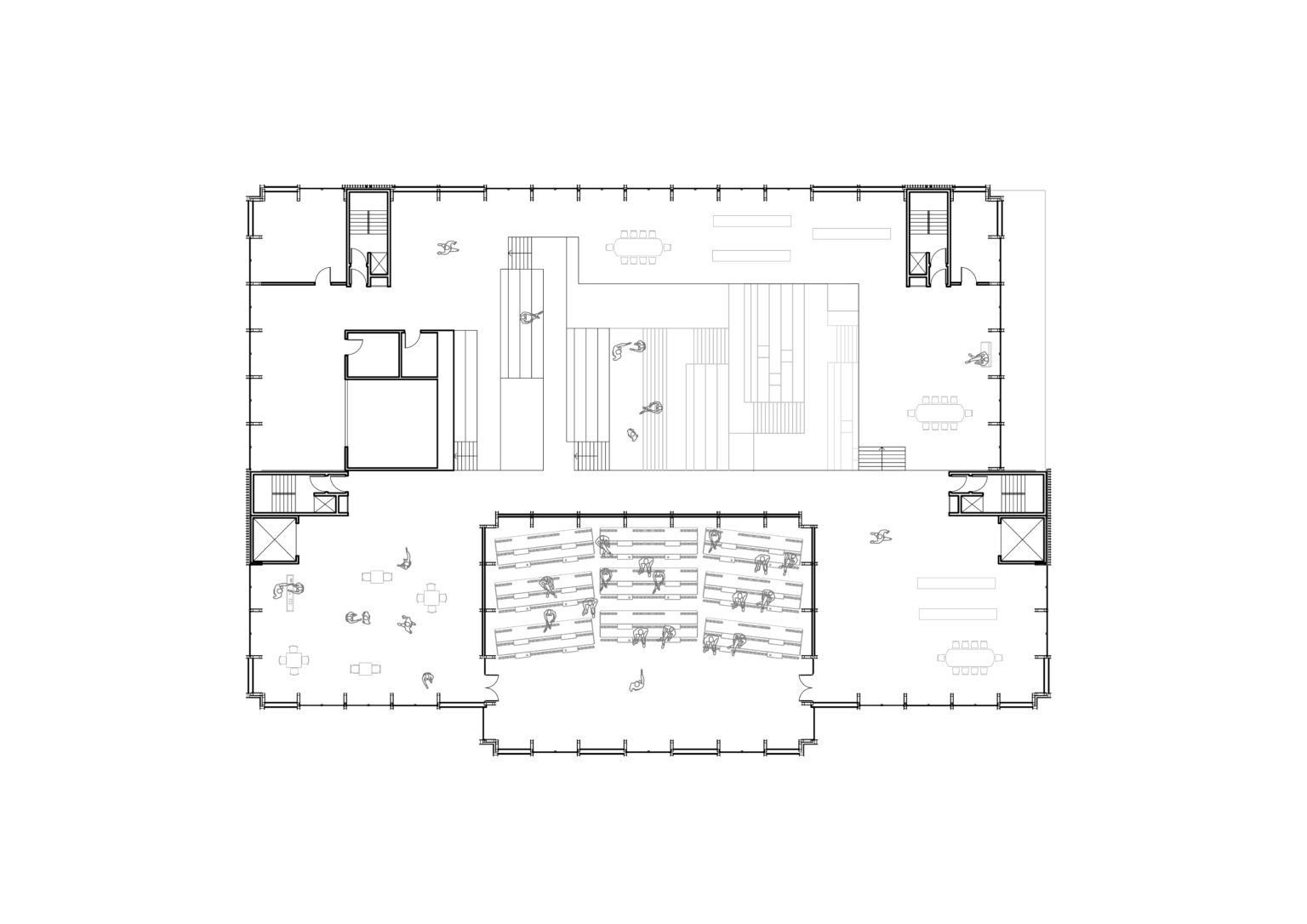 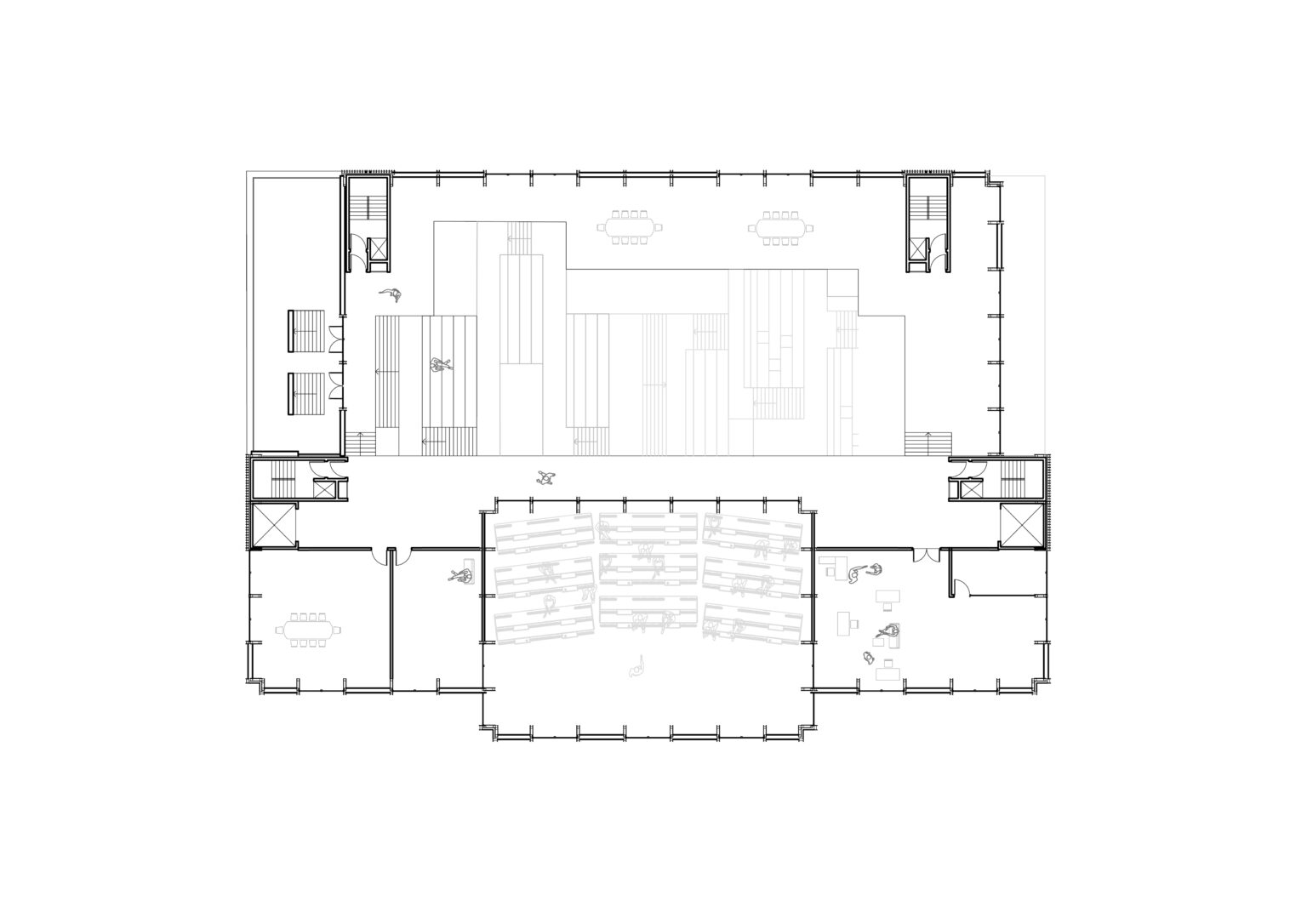 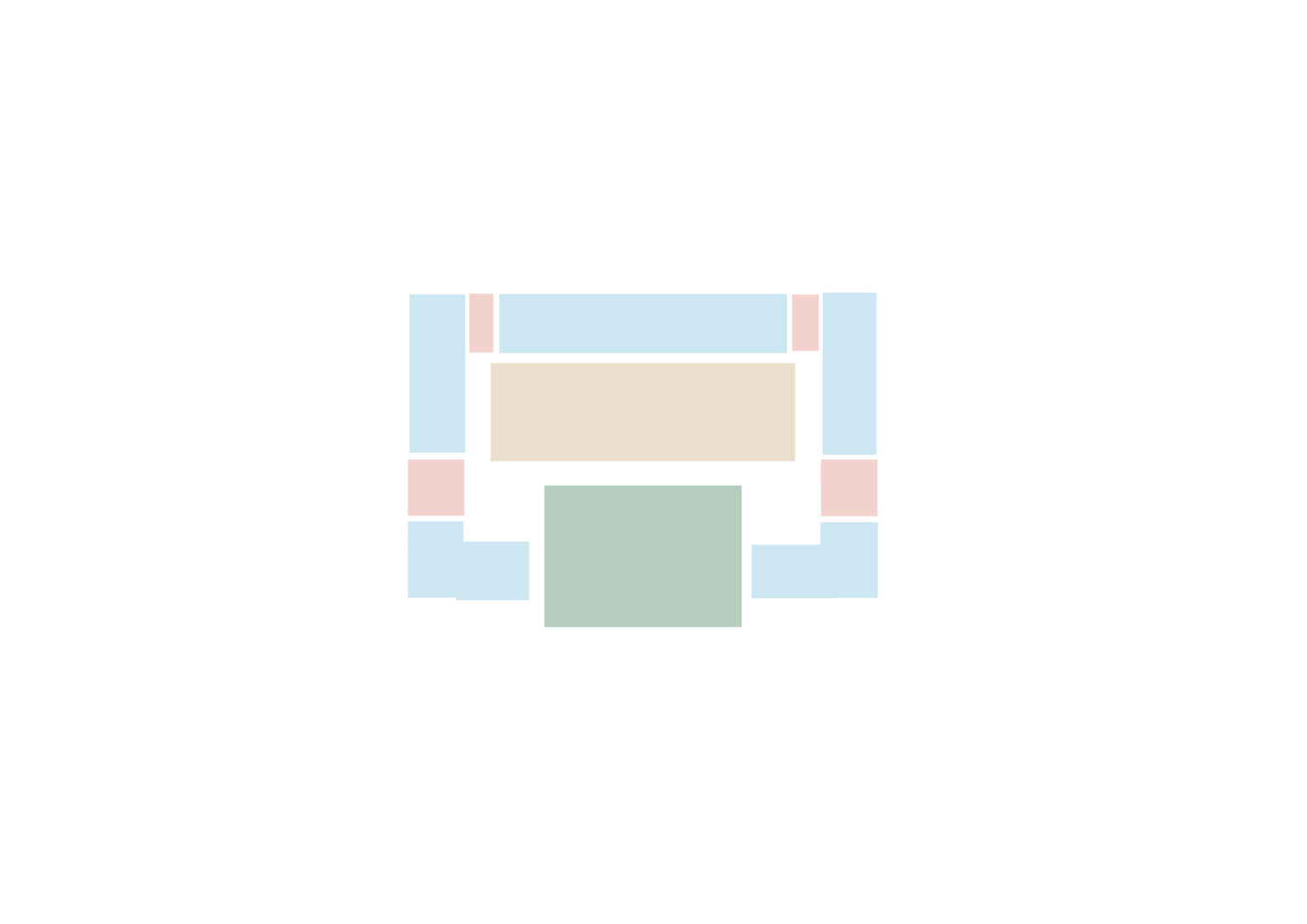 the general breakdown of each floor is broken down here, with the central stairway tying the building together - in yellow - along with the ‘key spaces’ which are stacked on top of each other in the green area. these include an exhibition space on the ground floor as well as a main performance with double heighted space on the third. in the red there are the fire cores providing safety throughout, as well as two set of large lifts at each end to provide accessibility regardless of the central seating staircase. Due to the split height on each floor as well there are also internal small lifts to provide for everyone. lastly, in the blue are the more cellular functions of the proposal, as broken down in the plans.
7 of 10
Previous Next
Close 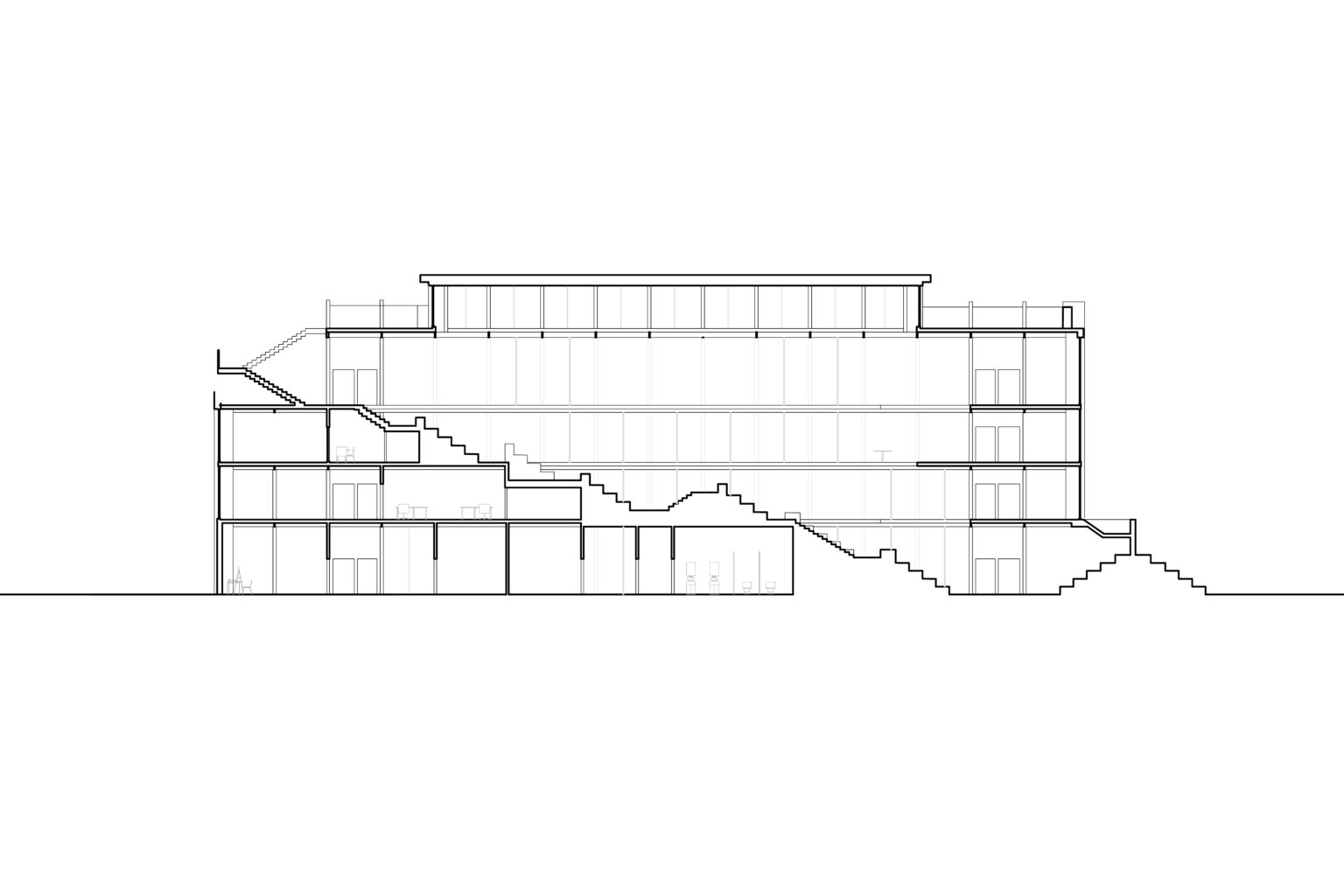 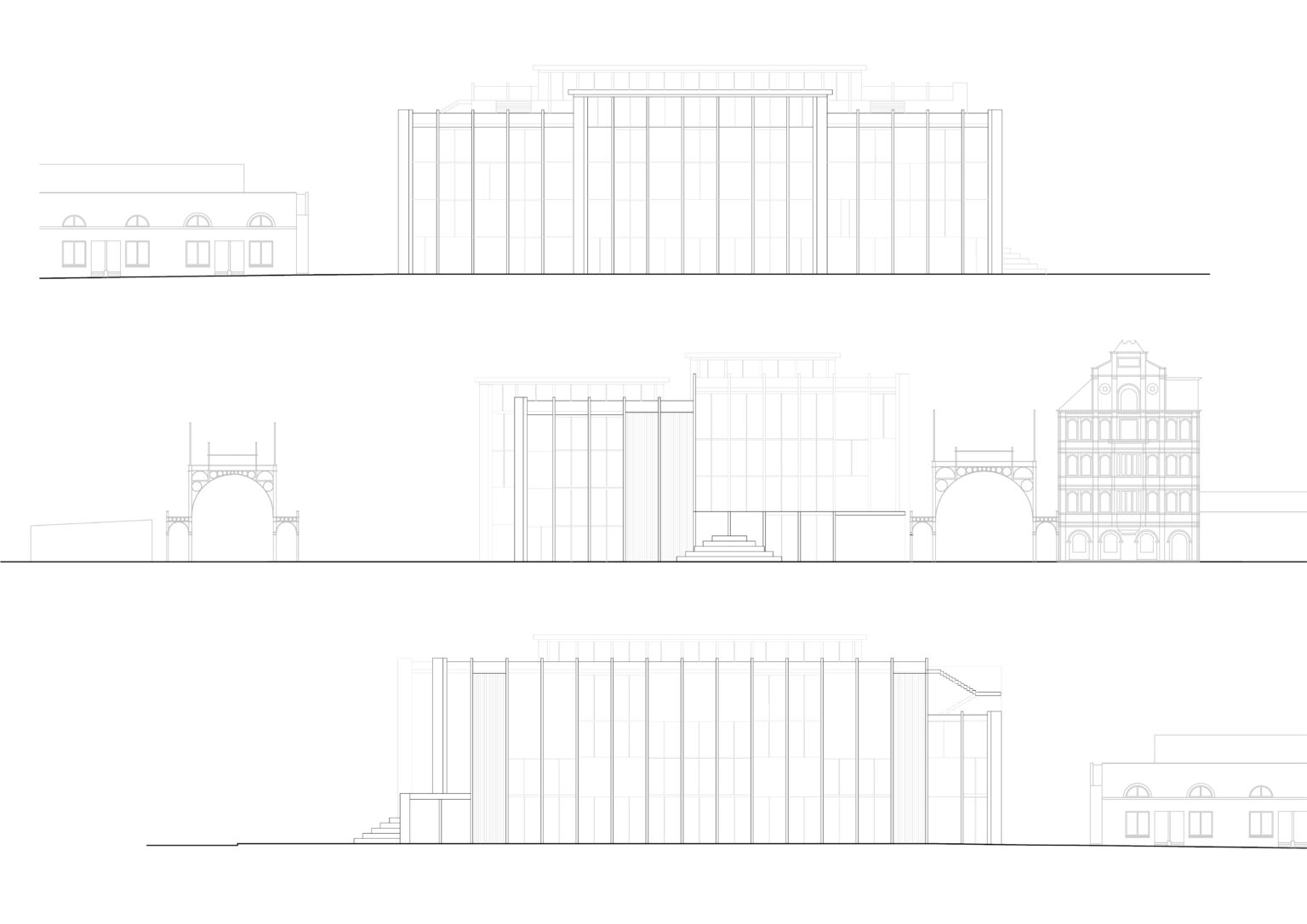 from top to bottom: Moncur St, Stevenson St and front entrance views
9 of 10
Previous Next
Close 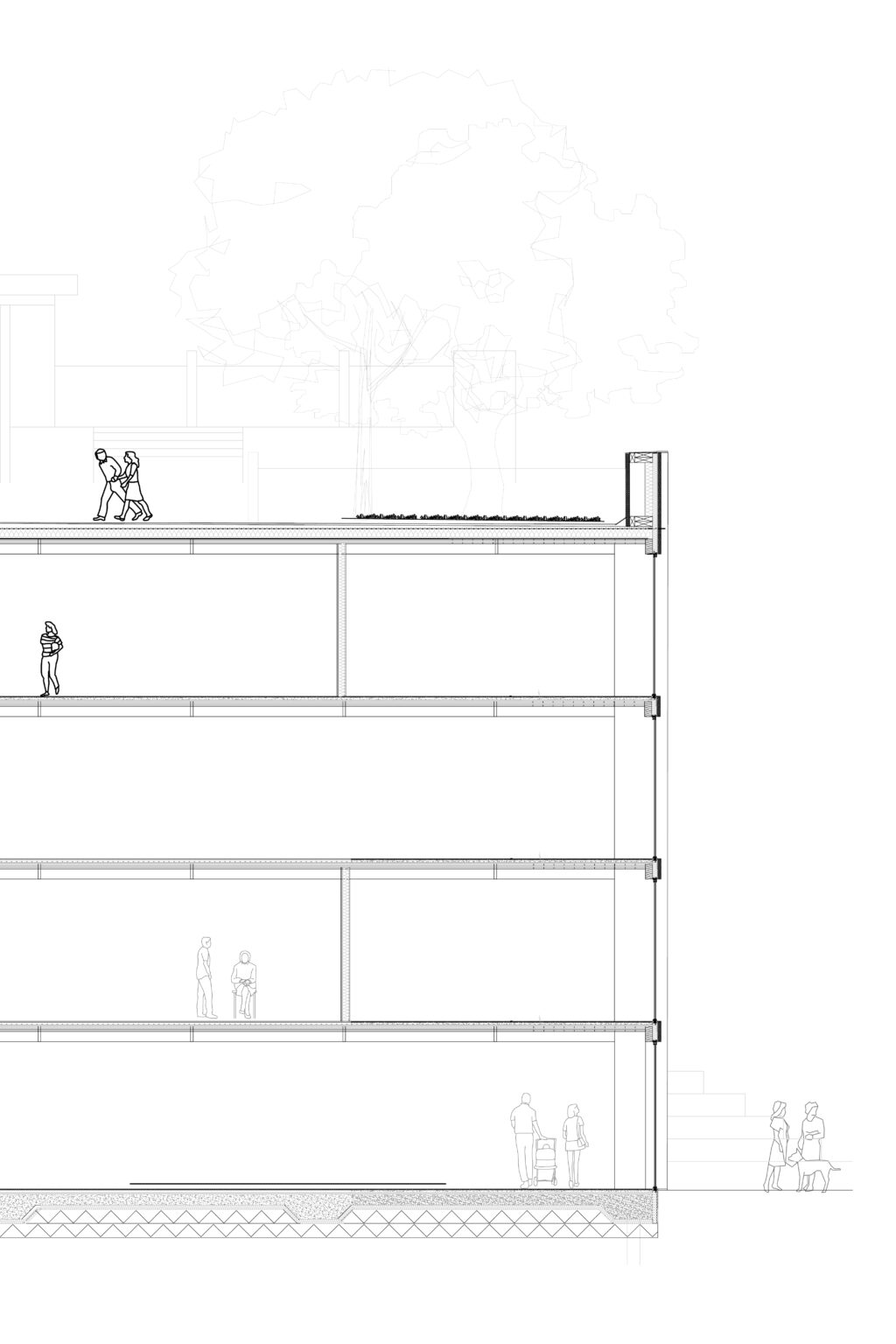