Is there any difference between Anime & Cinematics?

How is Anime relevant?

As I am more intrigued by the behind the scenes of an Anime production, I start to wonder if there is any similarities or difference between Anime and Cinematics? If both shares similarities, then perhaps exploring into Anime is not an impossible direction as majority are aware of what cinematics are.

Both the films, Blade Runner and Ghost in the Shell was questioning about the future and revealed the artist’s ‘world view’. They also shared similar techniques behind the production of the film’s scenes as well. Such as location scouting, sketching and painting.

Therefore, it is safe to assume that Anime are not that foreign from cinematics/films.

Scott Robertson's monochromatic sketches were started with markers, and line works were added. Afterwards, he would scan the sketches and do a quick color-sketching pass inside Photoshop.
1 of 9
Previous Next
Close

“Architecture is not simply about space and form, but also about event, action, and what happens in space. The Manhattan Transcripts differ from most architectural drawings insofar as they are neither real projects nor mere fantasies. Developed in the late ‘70s, they proposed to transcribe an architectural interpretation of reality.” This work inspires me in using a different type of “journey” to map out on what is happening in the space.
2 of 9
Previous Next
Close 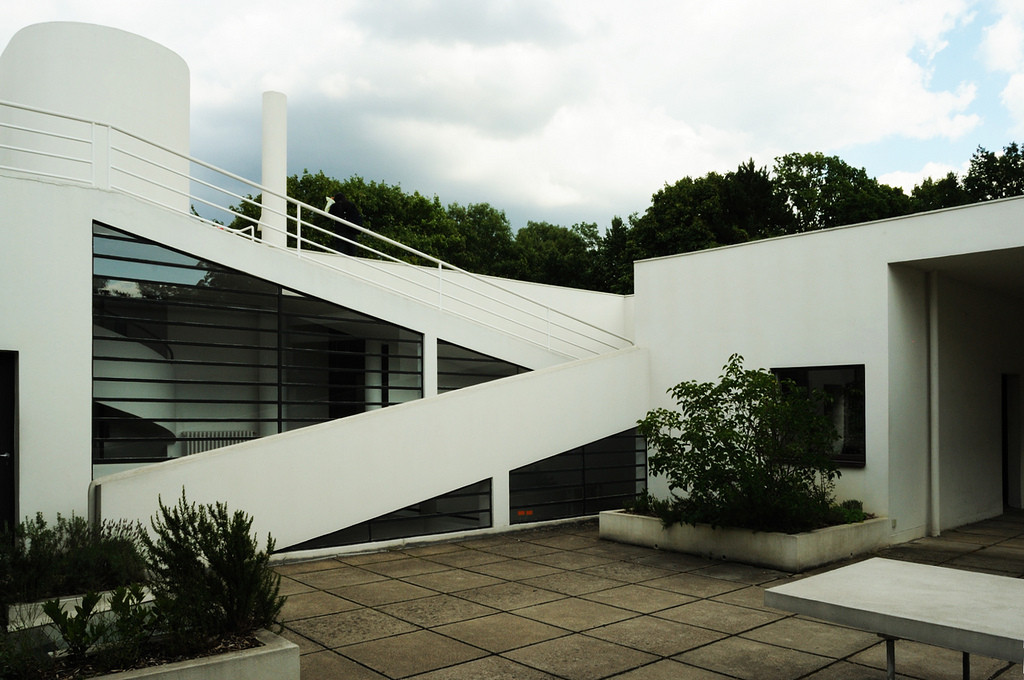 Built between 1928-1931, in France, Poissy. This villa became a representative of the origins of modern architecture and a renowned example of International style where he explored his “five points” for new constructions. “Arab architecture has much to teach us. It is appreciated while on the move, with one’s feet; while walking, moving from one place to another, that one sees how the arrangements of the architecture develop”
3 of 9
Previous Next
Close 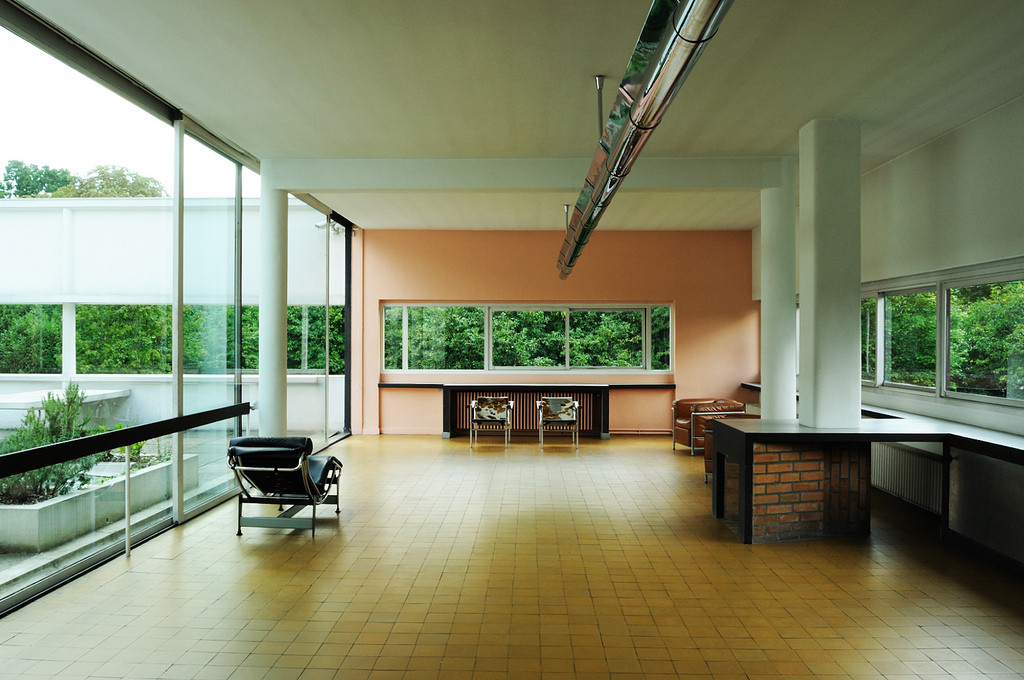 The experience of this house is in the movement through the spaces. A series of ramps are incorporated to move from the lower level to the rooft top garden, which slows down the user movements to experience the movement between spaces. Architecture joins film in a practice that engages sight in relation to movement. The processes behind the works of making a cinema architecture in this case is done while “site-seeing”. The moving image creates its own architectural promenade, which is inscribed into and interacts with architecture’s narrative on “street walking”.
4 of 9
Previous Next
Close 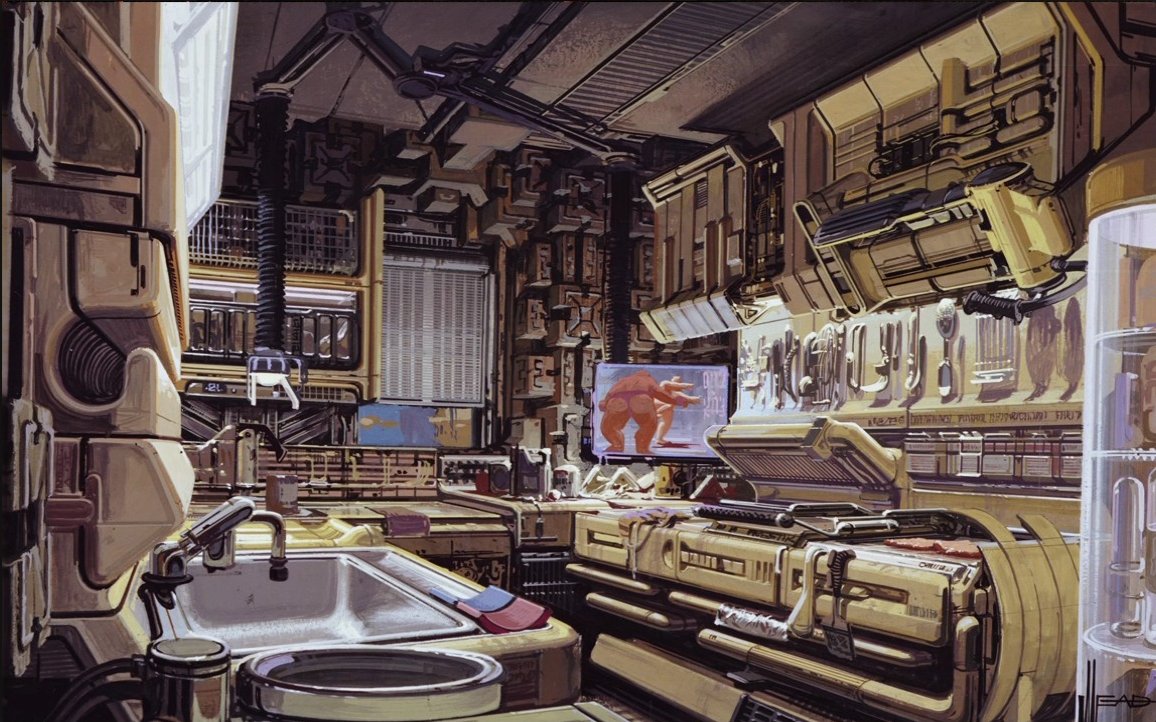 Artwork was done in the early 1980s towards a vision of the future set in 2019. When building an architecture for the future does not lie within the lack of imagination and thinking, but rather about using the present as a condition. The questions about the future can always be reworked with another thinking or idea. It is about the way of thinking about the opening questions; where is the future?
5 of 9
Previous Next
Close 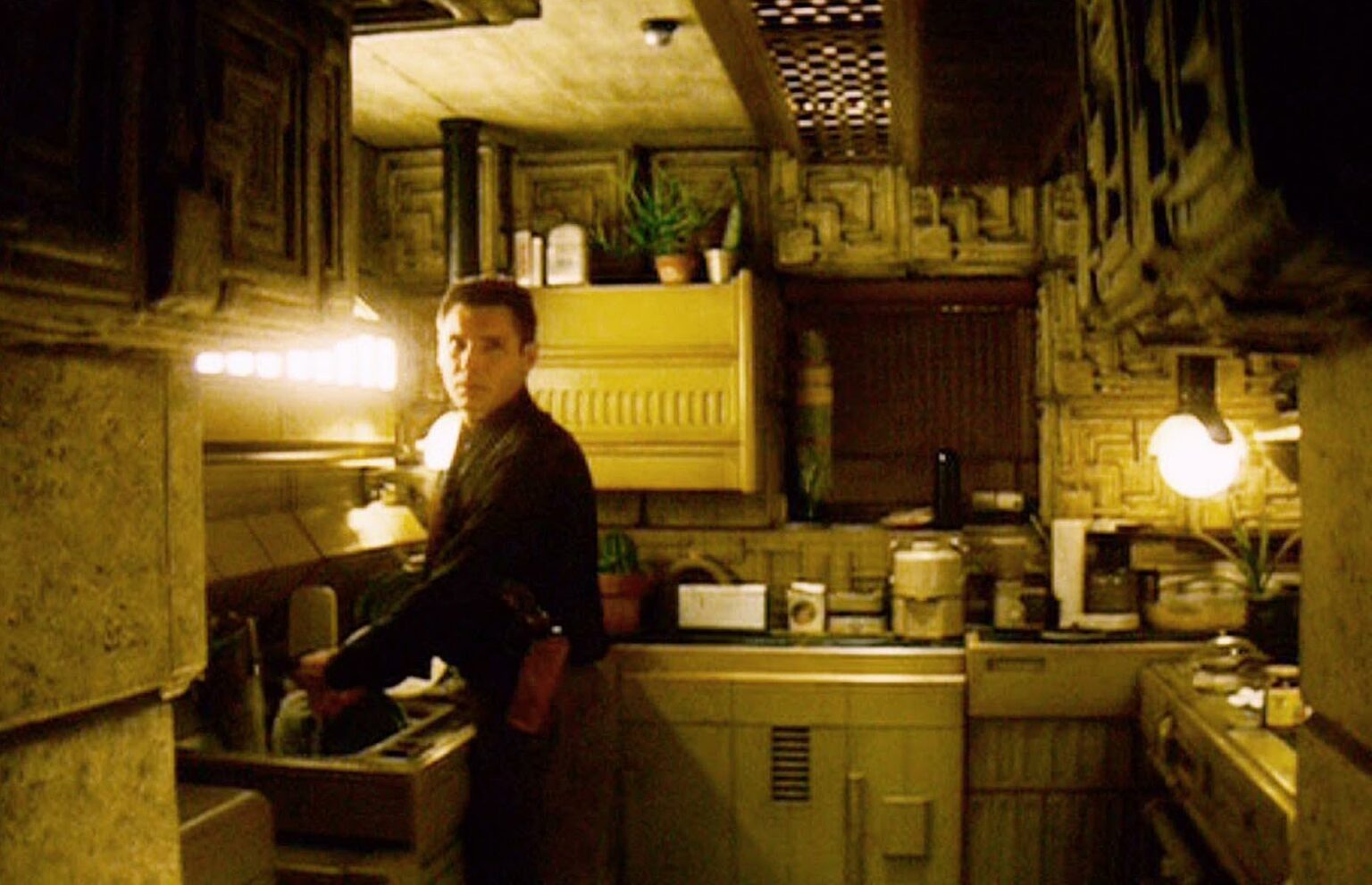 A scene in the film.
6 of 9
Previous Next
Close 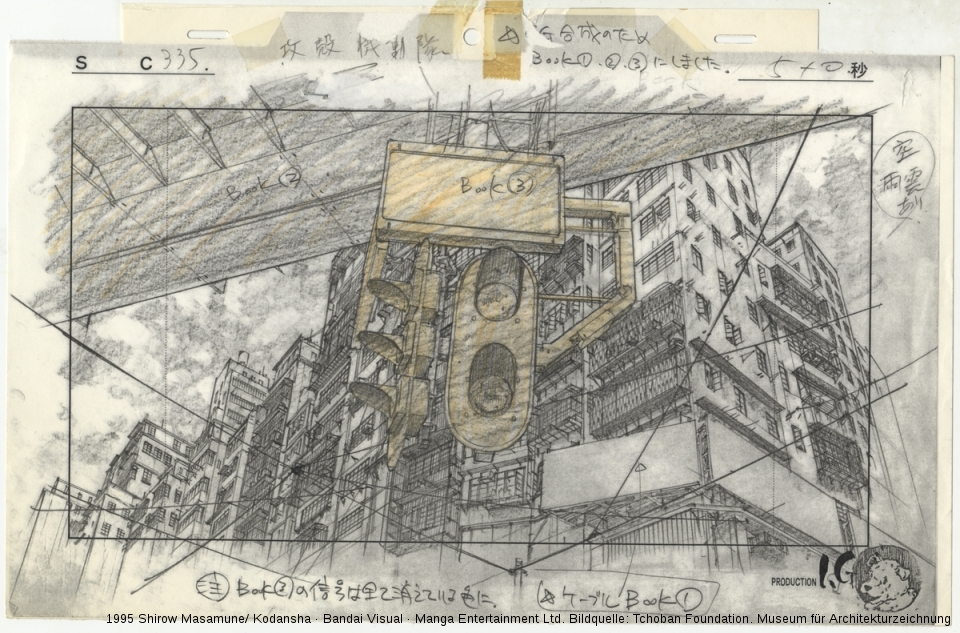 Sketch for one of the scene in Ghost in the Shell (1995), Hiromasa Ogura

“Over the years, I’ve come to realize that the silent world behind the characters is where the director has to communicate his core vision. The drama is just about the surface of the film. The backgrounds are the director’s vision of reality” (Oishii) Alongside the story and dialogue, the background artwork in anime reveals the ‘world view’ that the artists are aiming to express.
7 of 9
Previous Next
Close 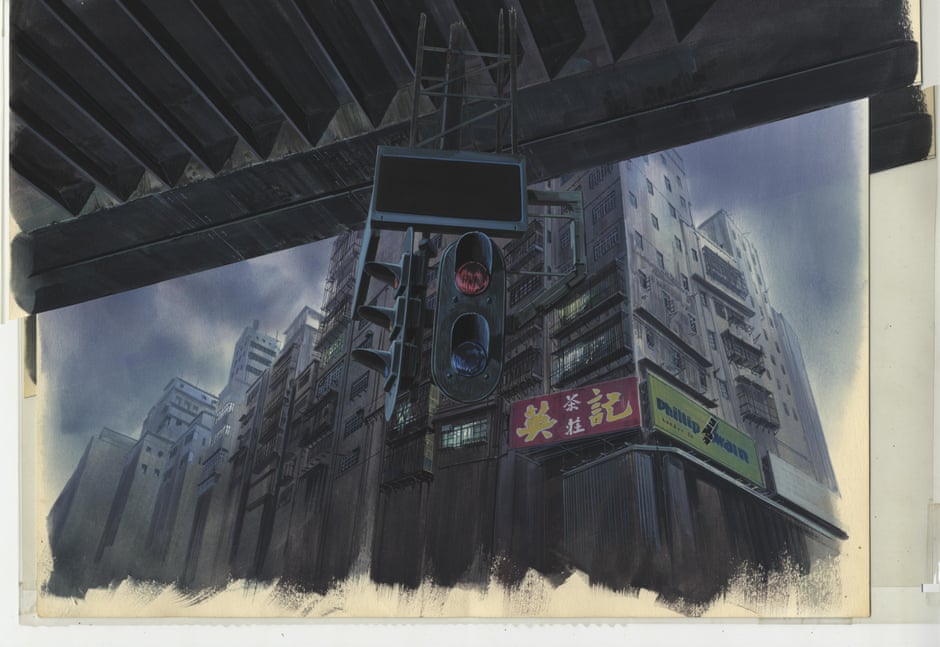 Painting for one of the scene in Ghost in the Shell (1995), Hiromasa Ogura

Alongside the story and dialogue, the background artwork in anime reveals the ‘world view’ that the artists are aiming to express.
8 of 9
Previous Next
Close

One of the scene in the film Ghost in the Shell (1995), Hiromasa Ogura