‘Dare to Air’ is a Nike Air Force One campaign that advertises the bold and fearless wearers of the shoe. The concept for the campaign is to convey the slogan, ‘Dare to Air’ as a confident statement using large scale typography in animations. Moreover, I applied imagery that directly indicates the youthful and energetic target market associated with wearing Air Force ones. 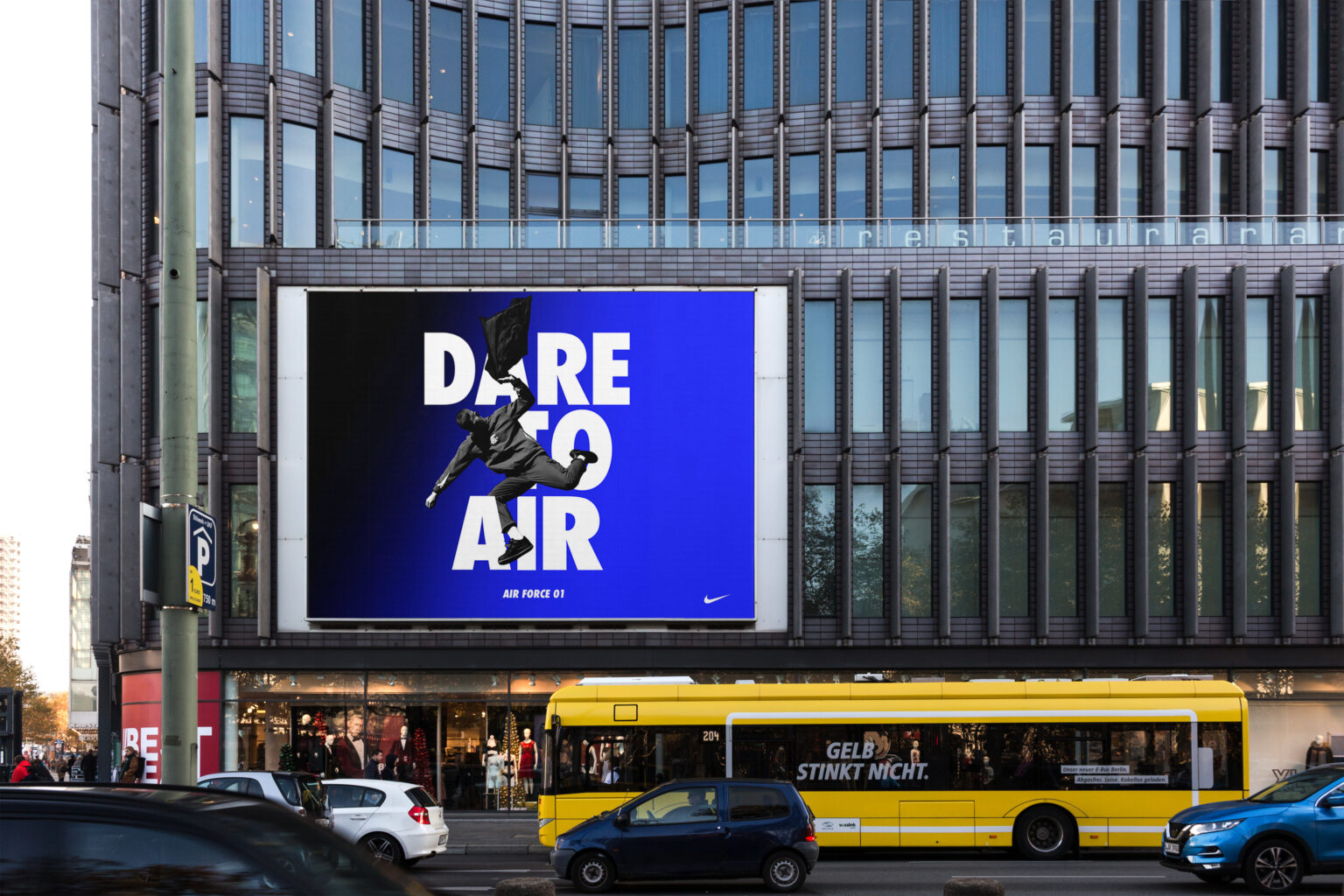