“El éxodo nos despide una Cromointerferencia de Color Aditivo” could be translated to “The exodus bids us goodbye with an Additive Color Chromointerference”.

During the mid-to-late twentieth century (1950’s to 1980’s). During this period, a strong debate around art polarised artistic expression between figuration and abstraction, each corresponding to a political band, left and right, respectively. In Venezuela and many other Latin American countries, right wing dictatorships banned figurative art and financed huge modernisation projects where abstract-geometric modern art had massive institutional support. Figurative art and left-wing artists found ways to bypass governmental control. These strategies included mail art, happenings, performance and other subversive types of expression.

I was inspired by the iconic piece Cromointerferencia de color aditivo (1978)  by the Venezuelan artist Carlos Cruz-Diez. This piece is located in the main airport in Venezuela, Aeropuerto Internacional Simón Bolívar de Maiquetía. I used as dataset searched on google images and on Flickr based on Los Caminantes (The walkers). Term granted to Venezuelan migrants that walk for weeks (or months) to neighbouring countries like Colombia, Ecuador and Brazil, and even to farther countries like Peru or Mexico. They’re sleeping on the streets and using public bathrooms with poor hygienic conditions.

Using the model Style Transfer in RunwayML, I used arbitrary image stylisation using Carlos Cruz Diez’s art that represented the aesthetic of Venezuela’s oil boom in the 1970s, confronted with the current precarious situation of my country. 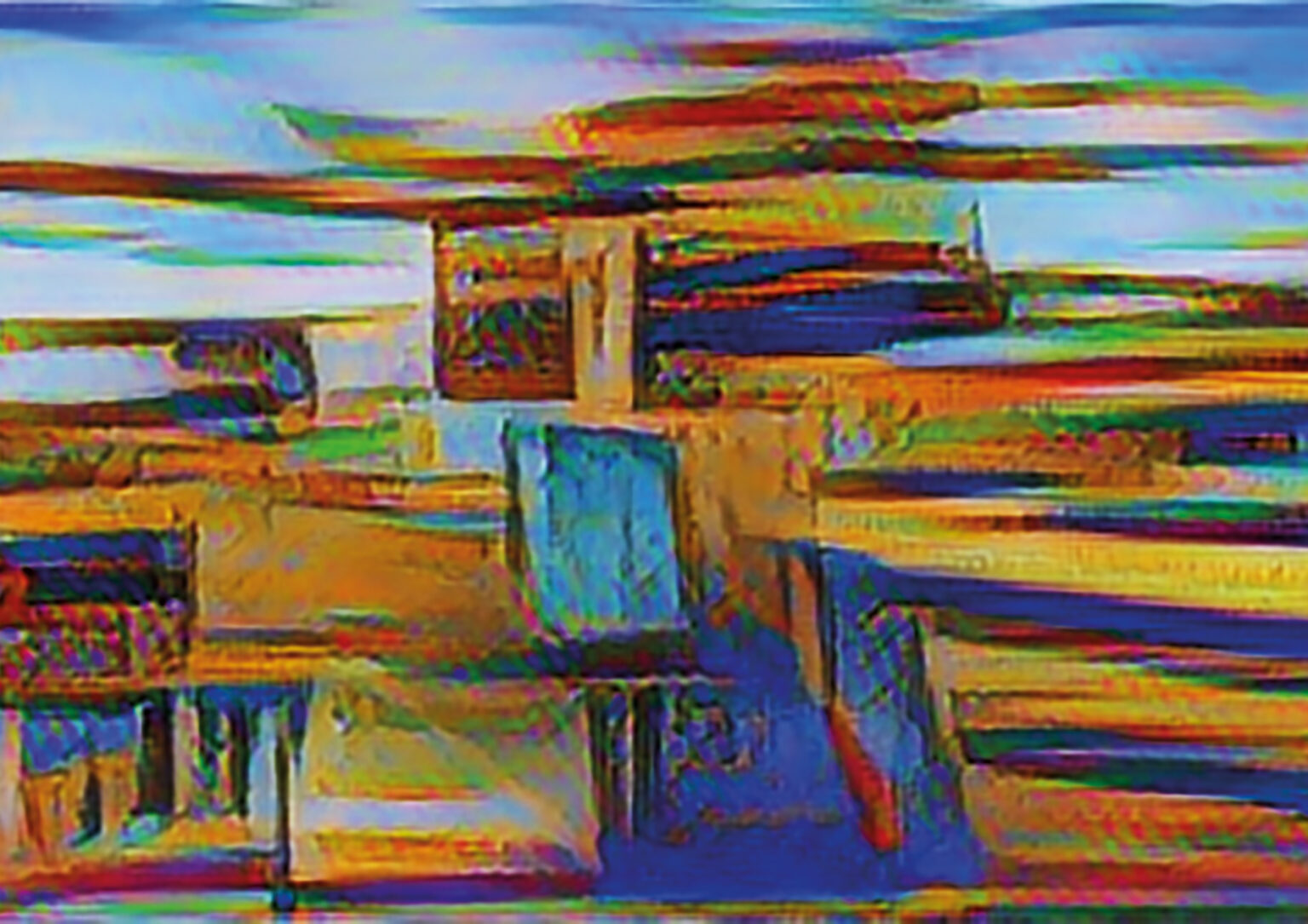 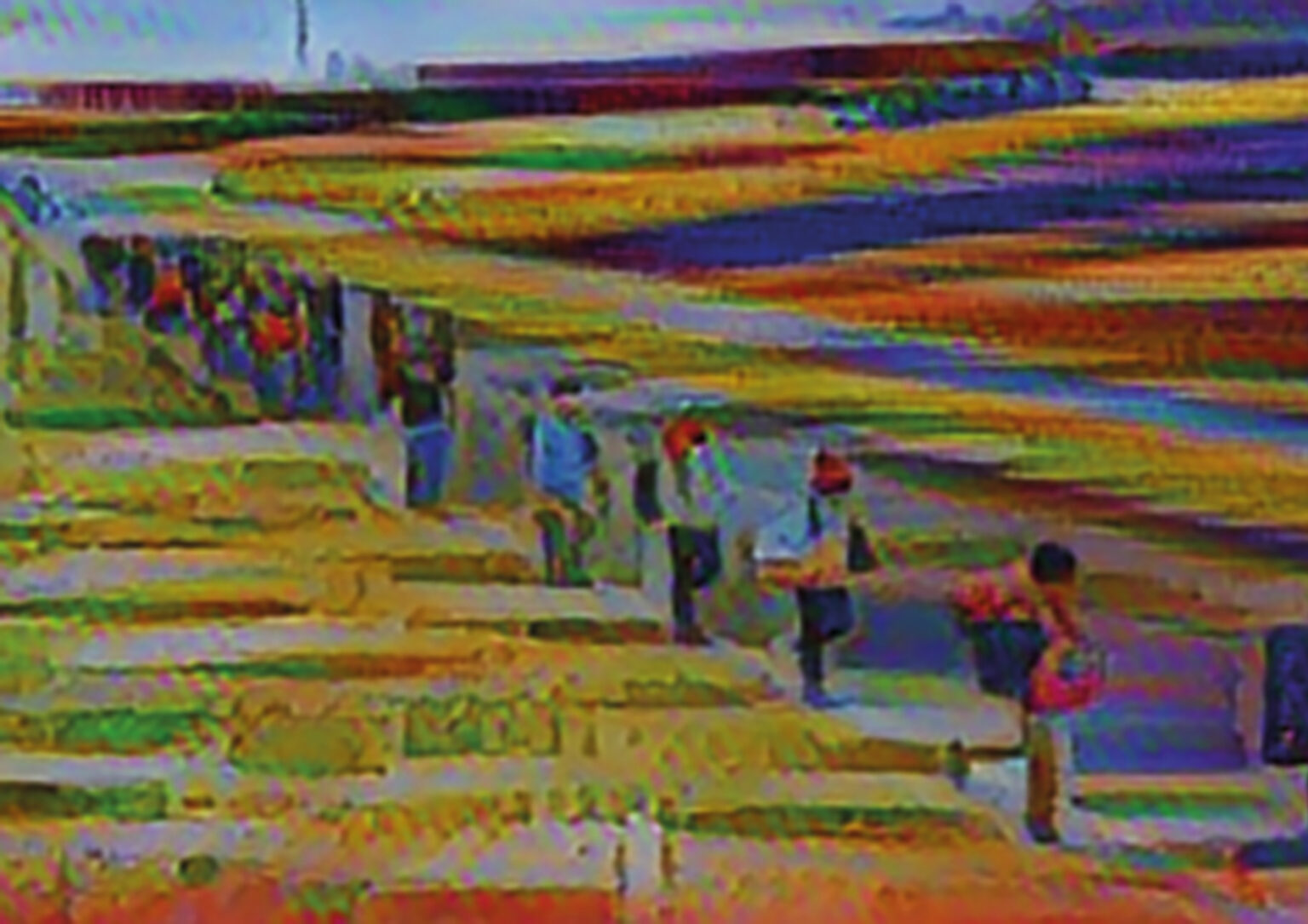 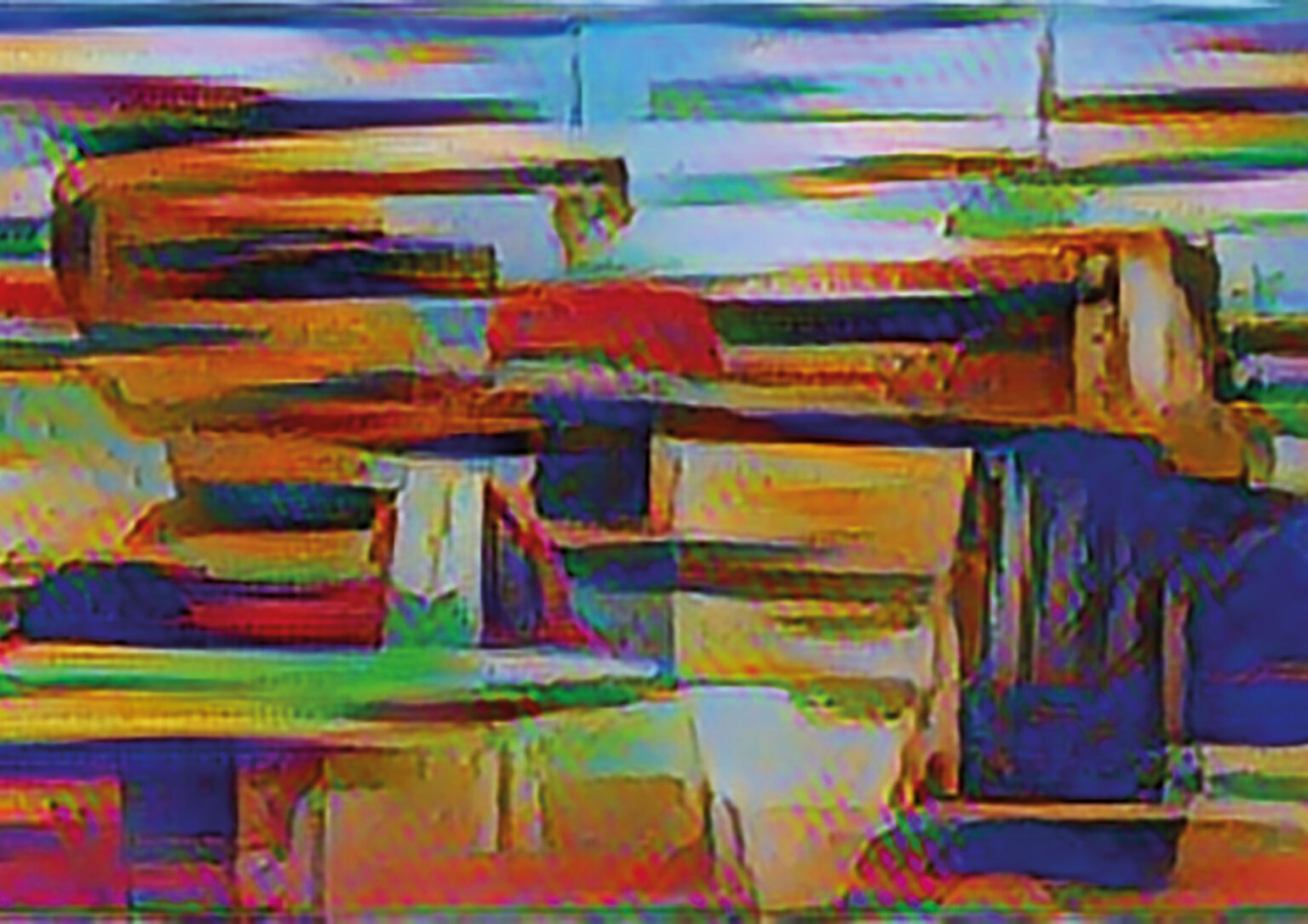 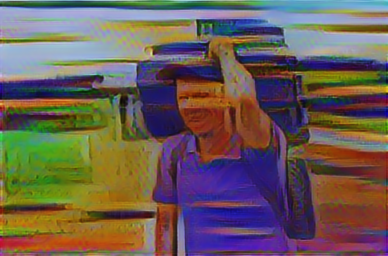 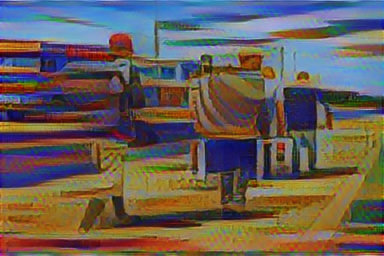 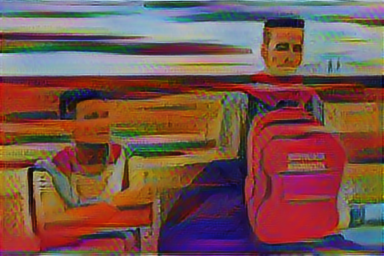