Peck San Theng is hokkien for “Pavilions along the Jade Hill”, and true to its namesake, the dead and its landmark pavilions were spread across the numerous hills. We often perceive burial as laying the dead to rest deep underground. However, within the context of Bishan and its past, the dead were buried on the high ground, cascading upwards, while the MRT station brings us deep underground, creating an interesting discourse between both aspects.

This coincided with past beliefs, in which it was believed that if the dead were buried on high ground, their fortune would roll down to their descendants. This belief quantified filial piety, in which the higher the dead were buried, the more they would be buried. Drawing back to modern Bishan, although the graves were exhumed, we commute under the burial site, the dead literally looking over us. As we commute through the station, we are brought deeper into what we perceive as the territory of the dead.

The entrance draws attention to our past, through urban myths, the change in our relationship with the dead is made apparent. We often perceive the spiritual space, as one that is reminisce of the past. In this case drawing comparison between Peck San Theng and present Bishan MRT Station, and the difference in the way we perceive death as we slowly distance ourselves from it. 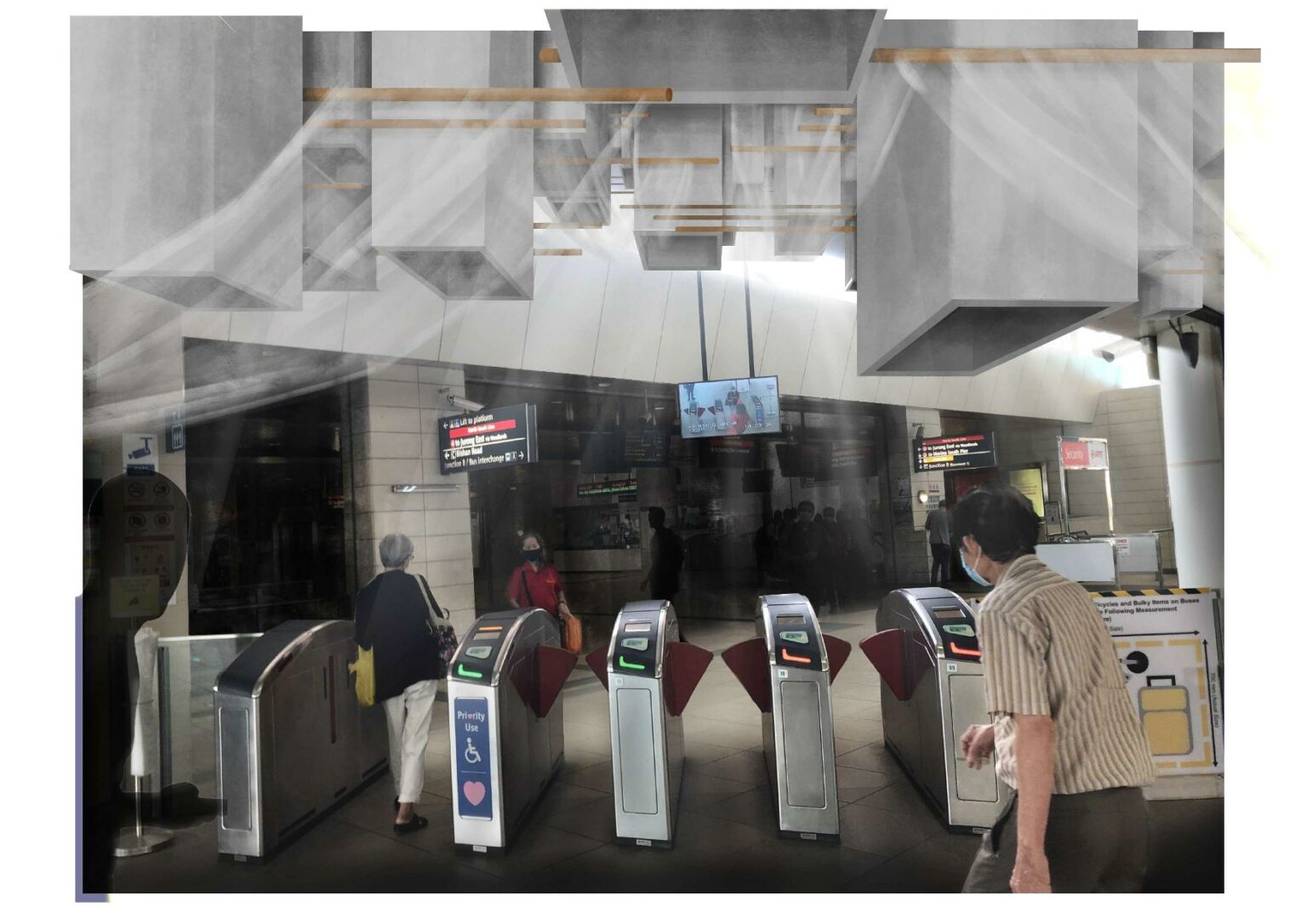