A mapped study of how Glasgow has developed reveals a series of dramatic urban revolutions and expansions superimposed onto a stubbornly persistent urban grain. These maps tell the story of the changing nature of capitalist development within, and beyond, the City of Glasgow with two key periods straddling an inflection point of the mid 20th century. During the 19th and early 20th centuries Glasgow transformed from a small university town into the supposed ‘Second city of the Empire’, with imperial and industrial wealth defining its urban development.

Thus, at its peak between 1925 and 1950 Glasgow had an urban population of around 1.2 million living in dense urban neighbourhoods connected to each other, to places of work and to places of leisure by rail, tram, and foot. The foundation of this ‘proto-collective city’ was the tenement block, an iconic Scottish typology with pre-industrial roots but which reached its height during the 19th century when it was employed to build mass housing. These buildings are usually 4 stories tall with flats entered from a shared stair (or close), with rules determining the width of the street and back courts. The typology has multiple spaces of collectivity where residents share resources, interact with each other and are connected to the wider city.

However, it is crucial that 19th century city not be mistaken for the collective city that is being advocated for by this project. Their function was to serve as mass housing for workers and bourgeois in a highly unequal society, and thus despite their merits as a collective typology they could not make up for fundamental societal ills. Thus working districts where beset with unregulated and ever escalating rents, non existing maintenance and landlord imposed overcrowding.

And so despite grassroots efforts by the residents to improve their conditions, most notably the female led rent strike of 1915, in the post WWII era many tenement districts where labelled as slums and scheduled for demolition as part of the second key period for Glasgow’s development. Comprehensive urban renewal projects in the 1960s resulted in large-scale relocation of people to designated new towns, such as Cumbernauld, Livingston, East Kilbride and peripheral estates such as Easterhouse and Barlanark. These communities where planned at a very low density with housing designed exclusively for nuclear families in zones strictly separated from work and leisure. Their density not only makes them expensive to maintain, roads and sewers are in constant need of attention, but relies on residents having access to a car.

This coincided with a growing car dependency in the city as tram and urban rail services where withdrawn further forcing residents onto the roads, either into their own cars or on motor-buses that where both suddenly stuck in traffic! In response to this manufactured problem enormous urban motorways where planned and partially built. Further destroying and disconnecting the dense 19th century city. Thus the urban landscape of Glasgow is defined as much by its vacant units, half-filled car parks and deserted front lawns as it is by its marooned fragments of a denser past that remain. 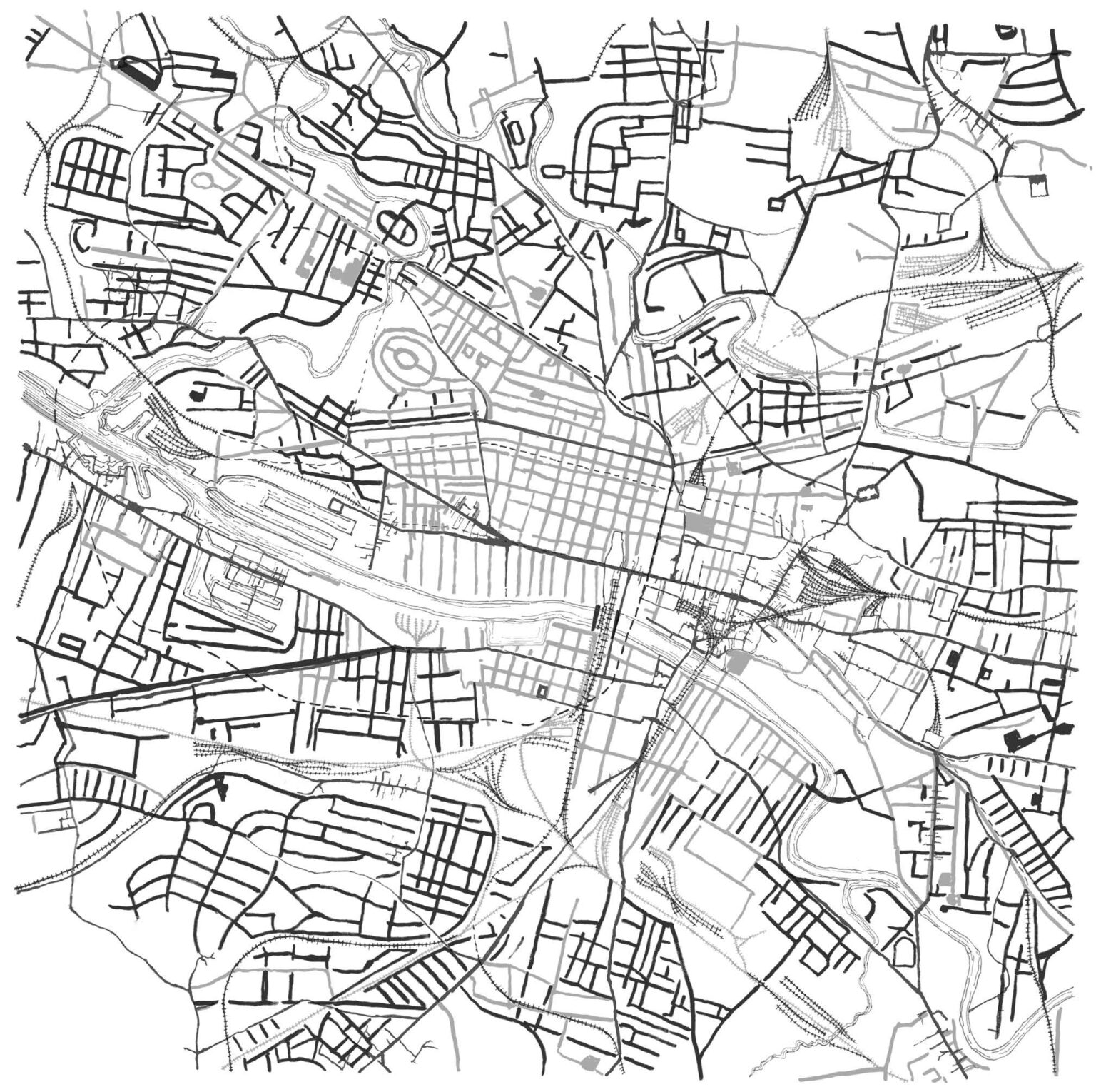 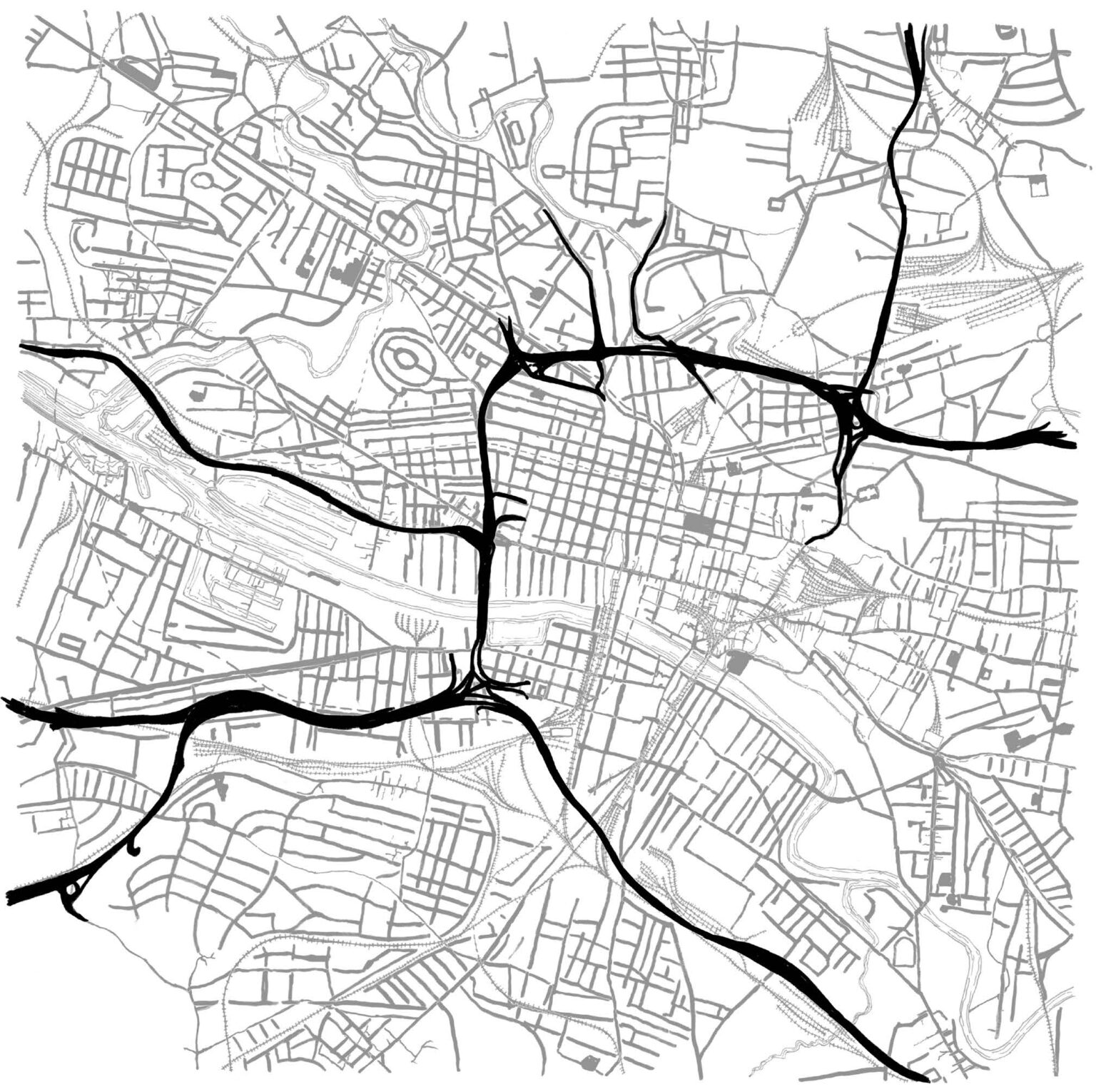 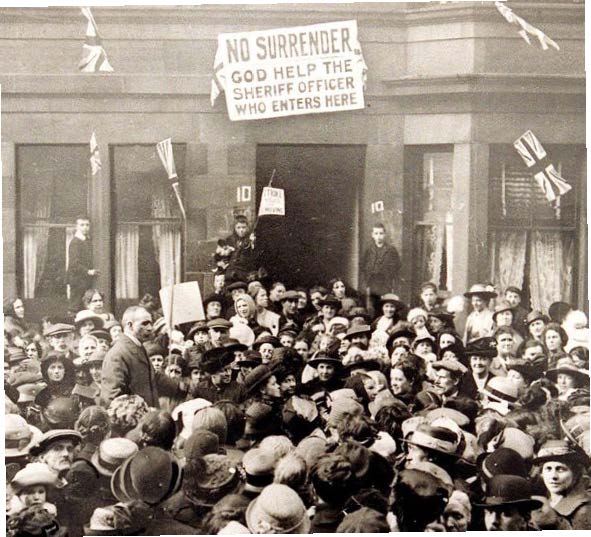 They would ultimately win 'The Rent Restrictions Act' that froze rents at pre-war level and paved the way for 'The Housing and Town Planning Act' of 1919 in which council housing was born.
4 of 5
Previous Next
Close 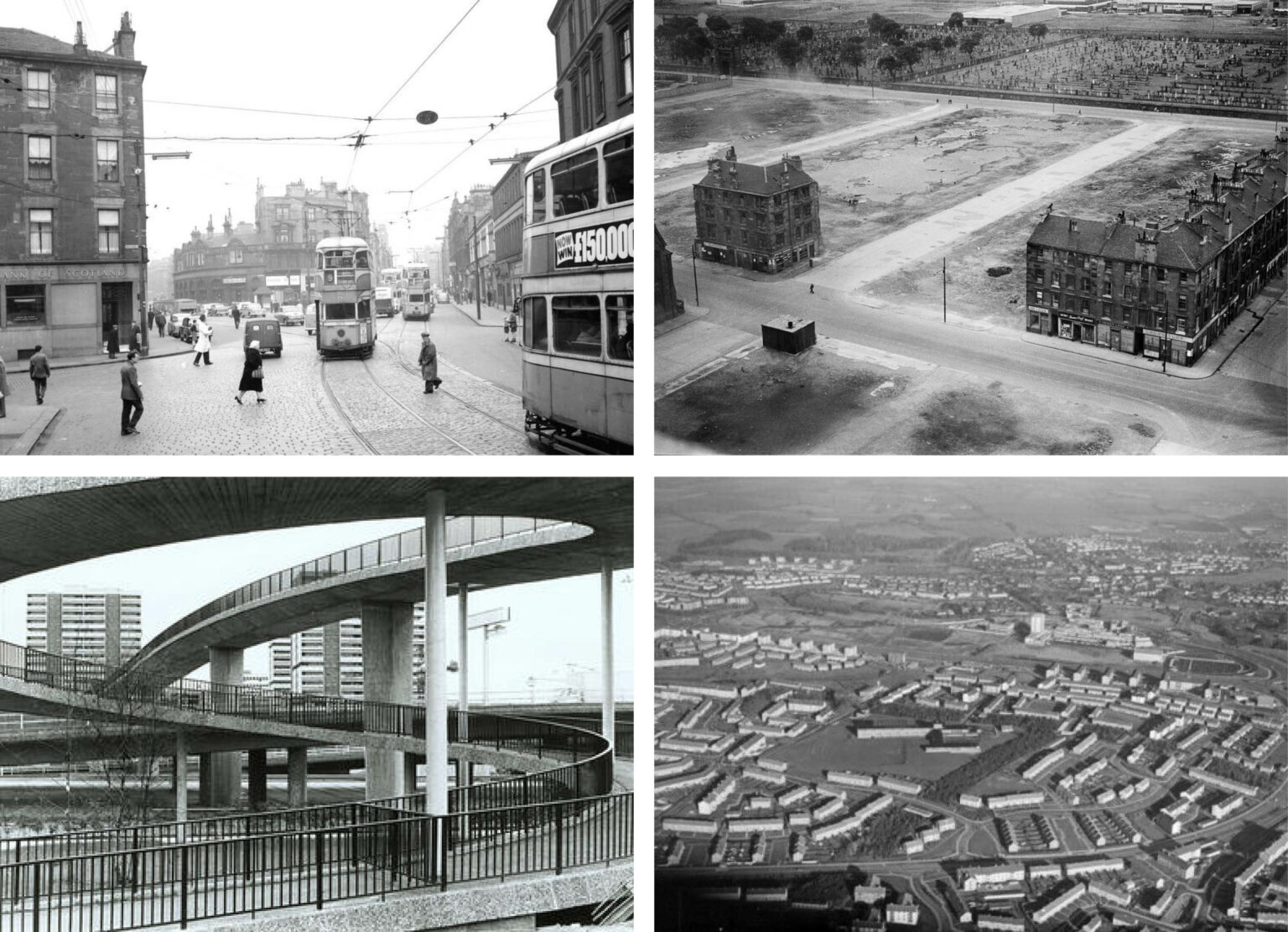