Faceless Decision Makers – ‘I dub thee…’ and ‘The Other’

Faceless Decision Makers is a large body of work that considers how language, and visible as well as latent symbols of bureaucracy, establish inhuman barricades behind which hides our privileged status quo.

Inspired initially by the idea of ‘processing’ migrants on decommissioned oil rigs, and by Franz Kafka’s writings, it explores the idea of how visible symbols and language play a role in a deeper emotional and intellectual engagement with the concept of ‘the other’.   A migrant myself, having been through a stressful experience of being assessed at the border for my suitability to enter Britain, I could not but respond with anger.

Works such as ‘I dub thee…’ – oversized hot branding irons, create a discord between their simple logo-like aesthetics and the historical associations with violence of slave branding which we frequently do not consider as present in that bureaucratic, faceless system which possesses the power to accept or deny.  Yet that violence is still there.  More latent in its form, from a stamp in the passport, to carefully managed mediated messages that affect our perception and foster suspicion of those less fortunate, those with different skin colour or accent, living on the streets or from less privileged backgrounds.  It is this invisible, hidden attitudes that act as branding irons within our society and we deny them, hide them behind our overt empathy and yet they are there, undeniable.

Latent they might be, but they have a power of singling out ‘The Other’ almost as if they were burnt into their cheeks and their foreheads.

‘I dub thee…’ – ‘Approved’ and ‘Rejected’ and ‘The Other’ are my own personal symbols and metaphors, a visual expression of my fear of bureaucracy and power of mediated image. 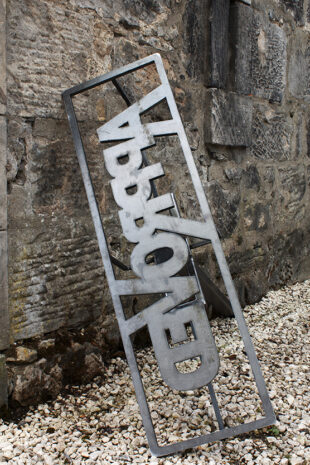 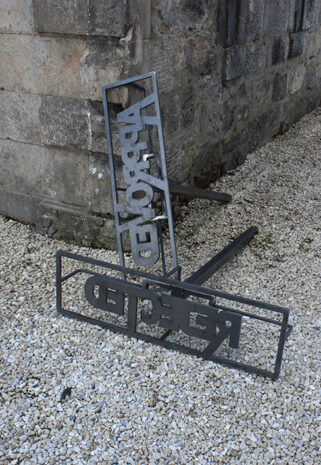 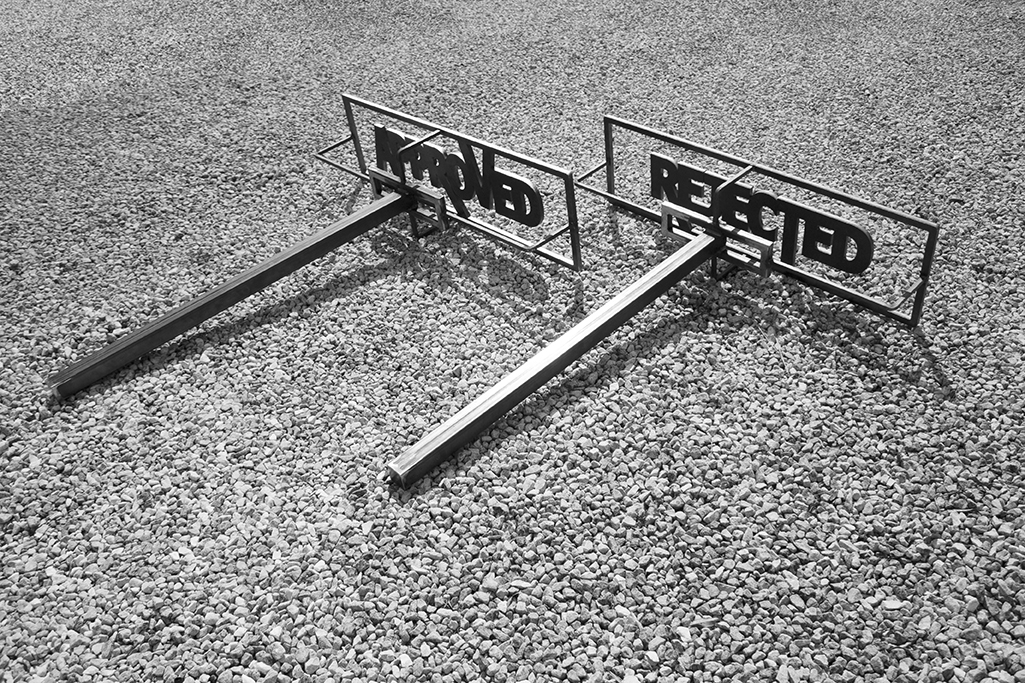 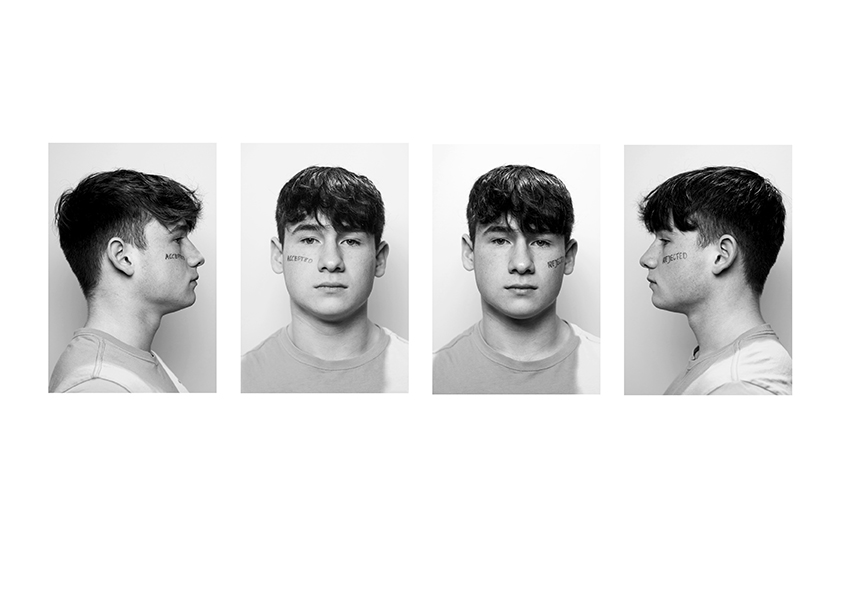 Faceless Decision Makers (The Other) I 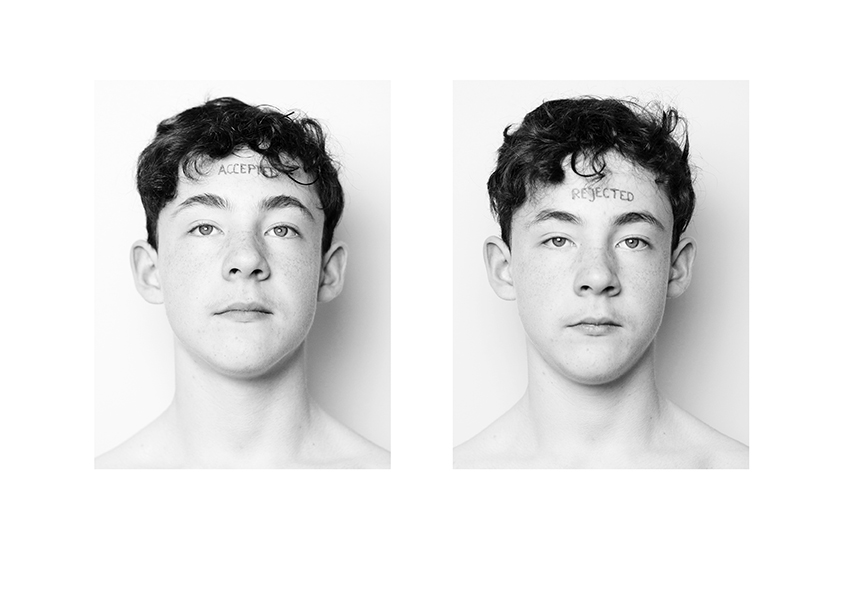 Faceless Decision Makers (The Other) II