Failure to Perform is a temporal space comprising two video works; Press play 2 and Glitched Body. Press Play 2, is a multichannel video showcasing queer intimacy and community by playing the game “snakey snakey on your back which finger touched you last?”. Exploring intimacy at a distance, I imitate technologically mediated relationships and the slow merge into collective consciousness and arrangements that algorithmic civilizations produce using gesture and touch to communicate. Exhibiting queer identities, we revolt against the hetero gaze, showcasing the folx that slip through the net of data collection. By allowing these intimate moments to be seen, we can remove the power from the voyeur.

Glitched Body is an amalgamation of videos containing my physical body and my created avatar, blended using datamoshing techniques. Merging my virtual and physical selves, I reject digital dualism, the idea that the virtual and physical space are separate. Instead of two binaries, ‘real’ and ‘virtual’ spaces flow into and intersect with one another. Datamoshing is a technique of damaging video clips to create a glitch effect wherein frames that should change don’t. The frustration of a glitch occurrence makes us aware of the point of contact between the body and our gadgets. As a machine malfunctions, so does the body; as our gadgets fail to perform, so does our bodies. This failure to perform is a gender revolution. The glitch stands for and symbolizes many things such as failure, liberation, creation, error and refusal. Refusal to perform. Refusal of capitalist fidelity. Refusal of heteronormative bodies. By reclaiming spaces, images, and stories, we can empower, reflect, and uplift queer identities. 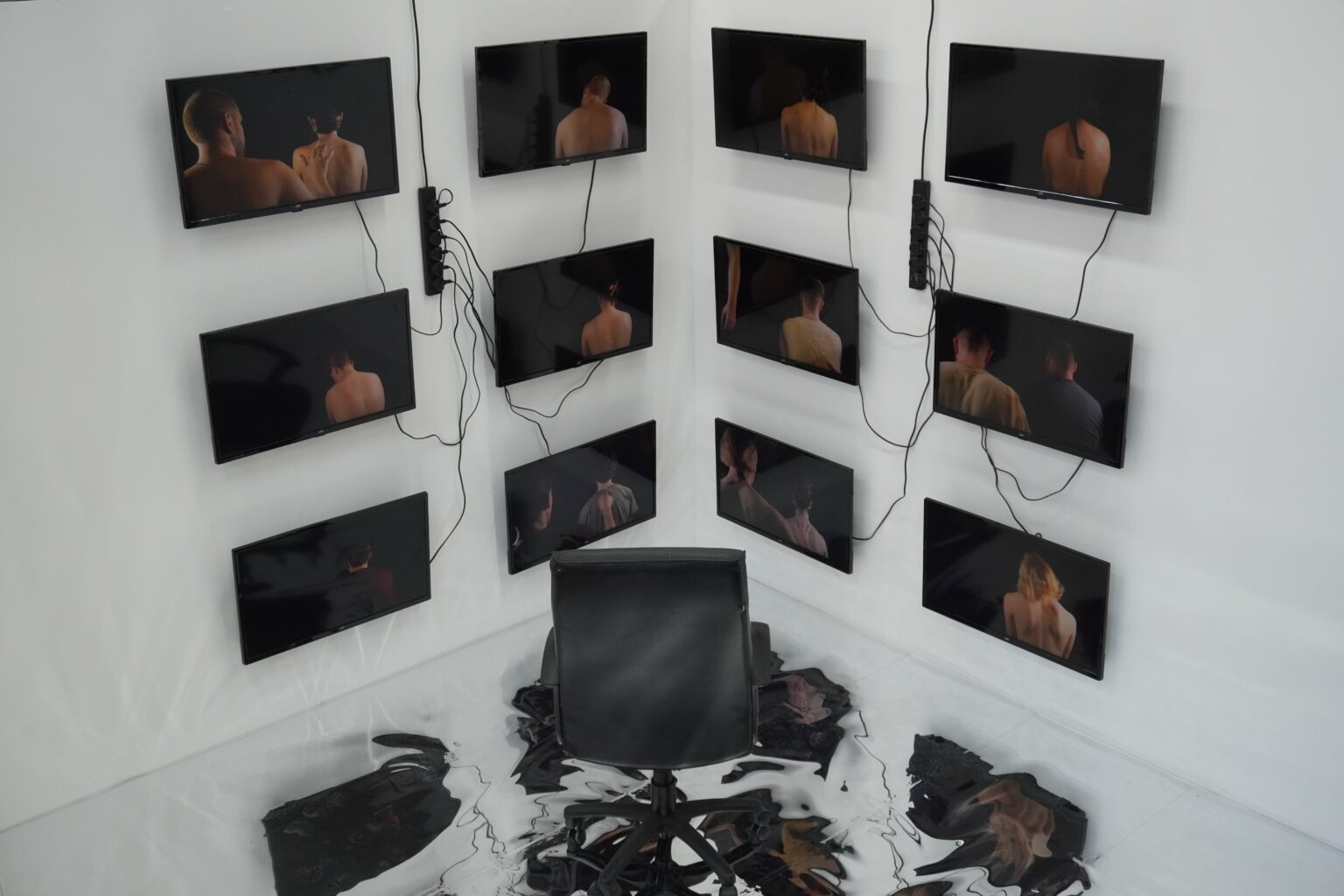 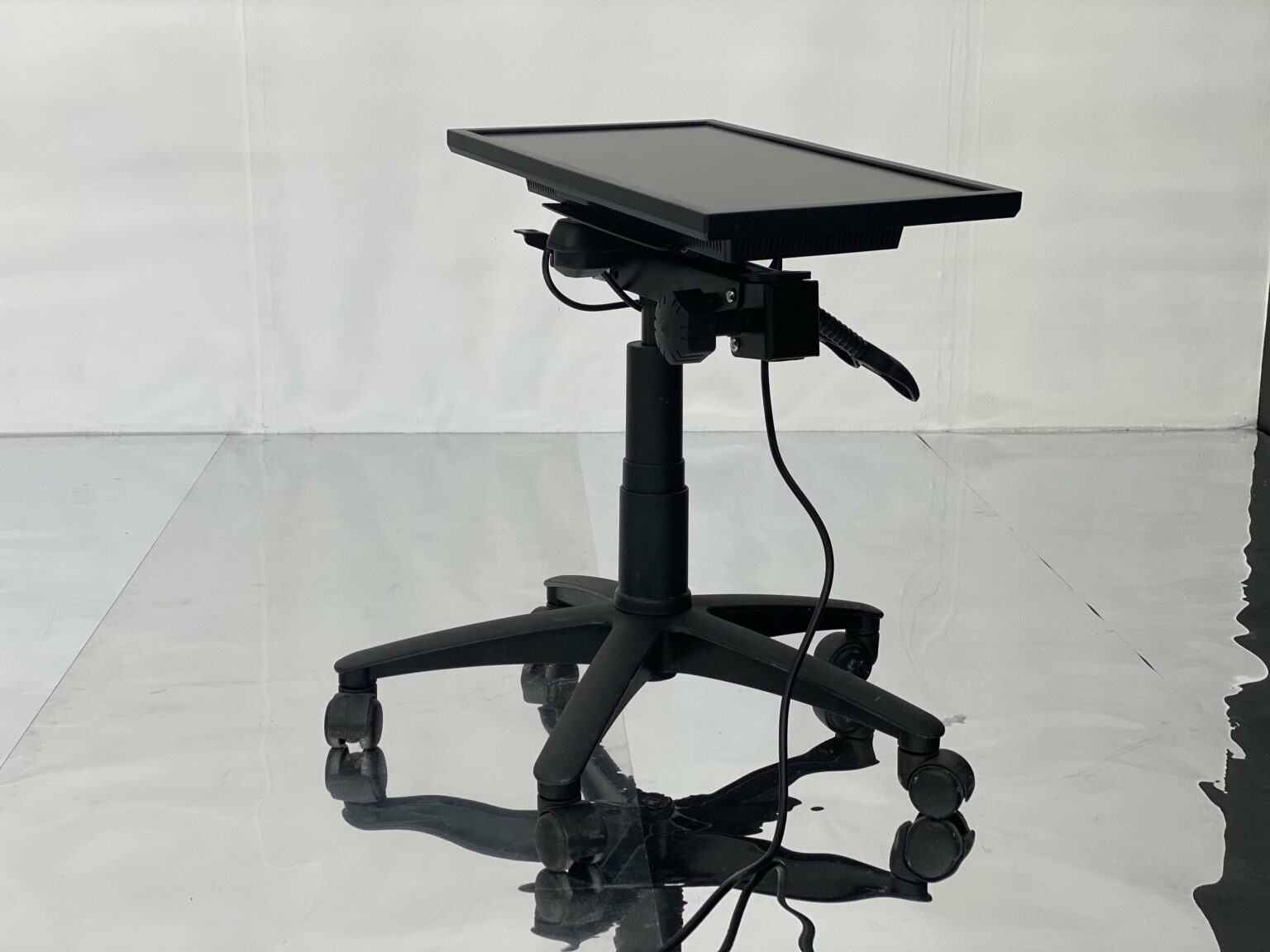 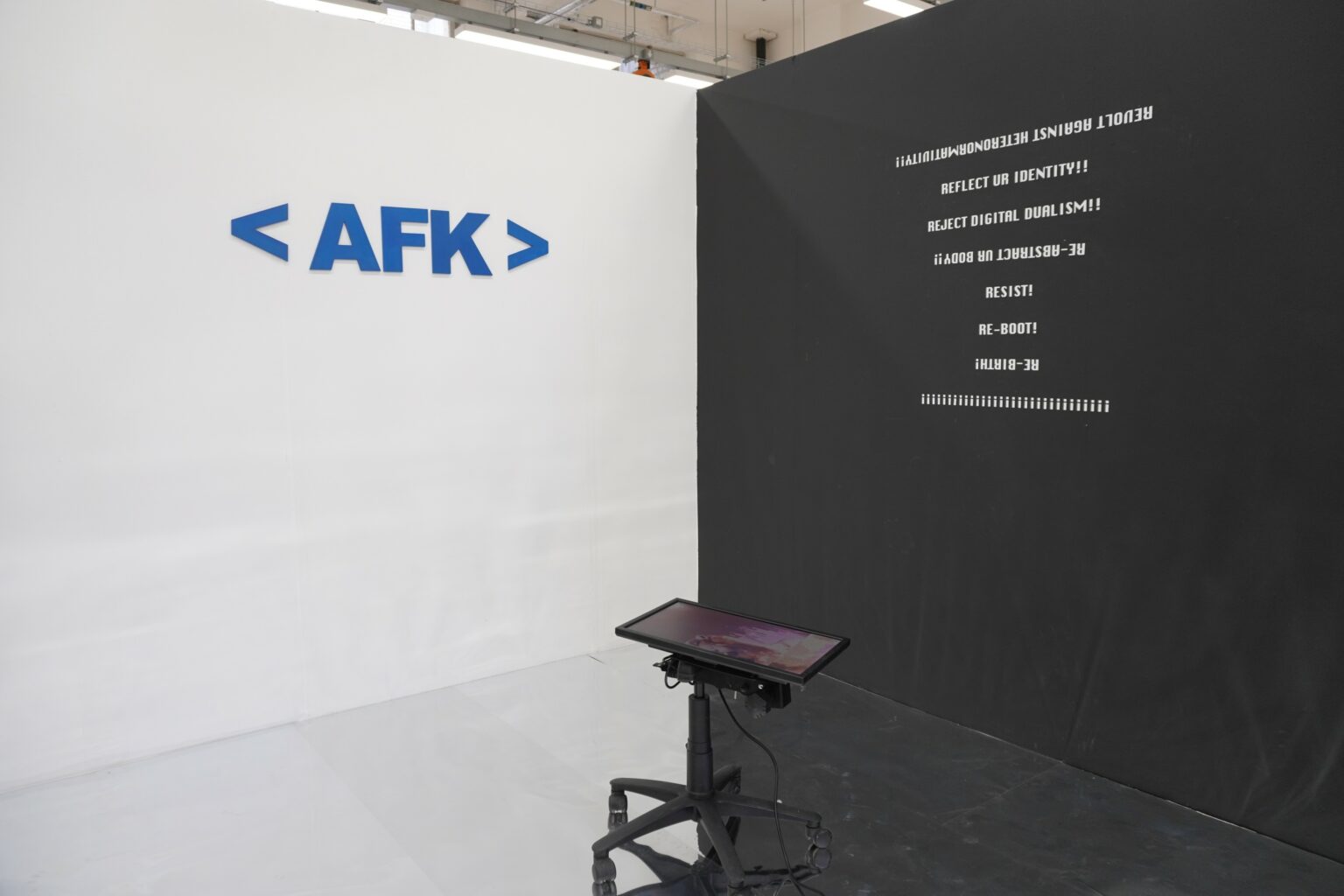 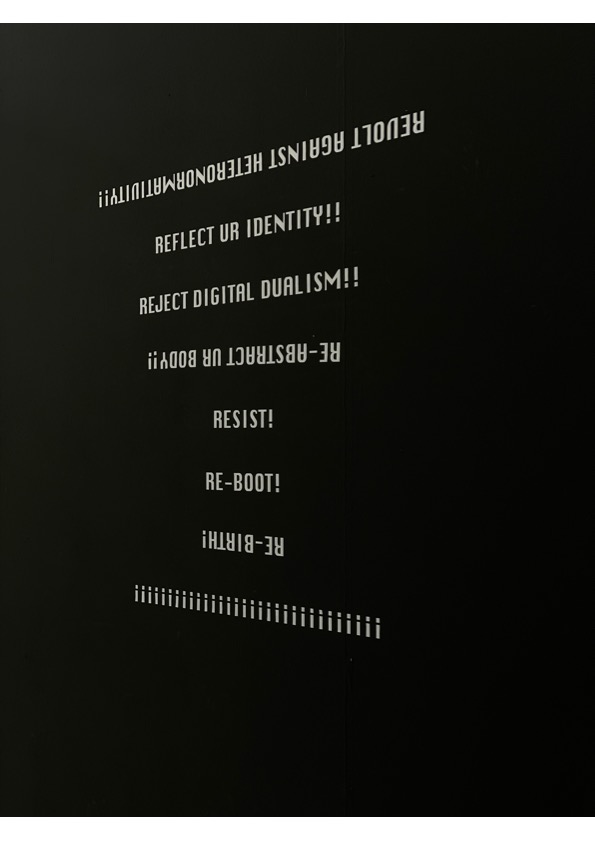 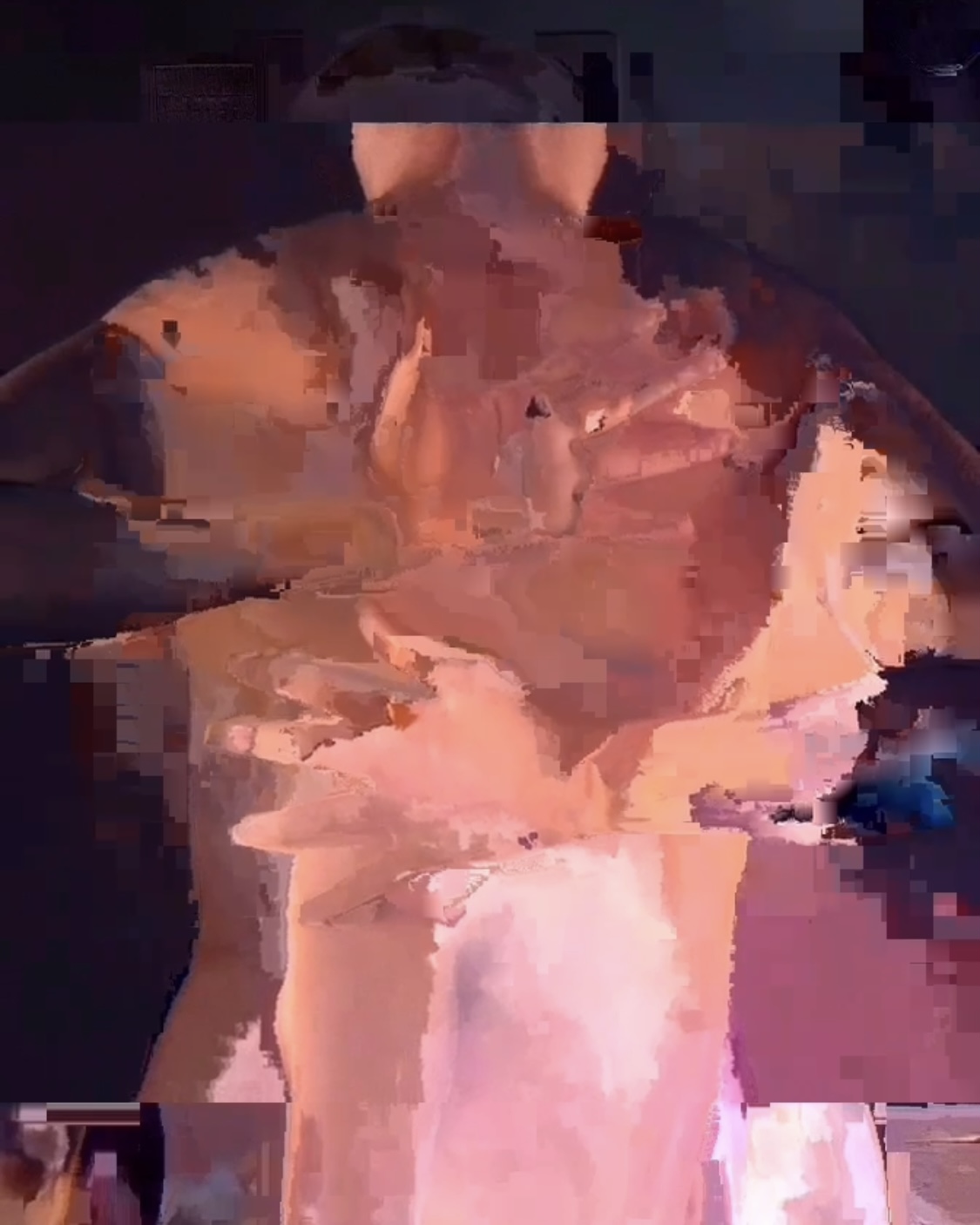 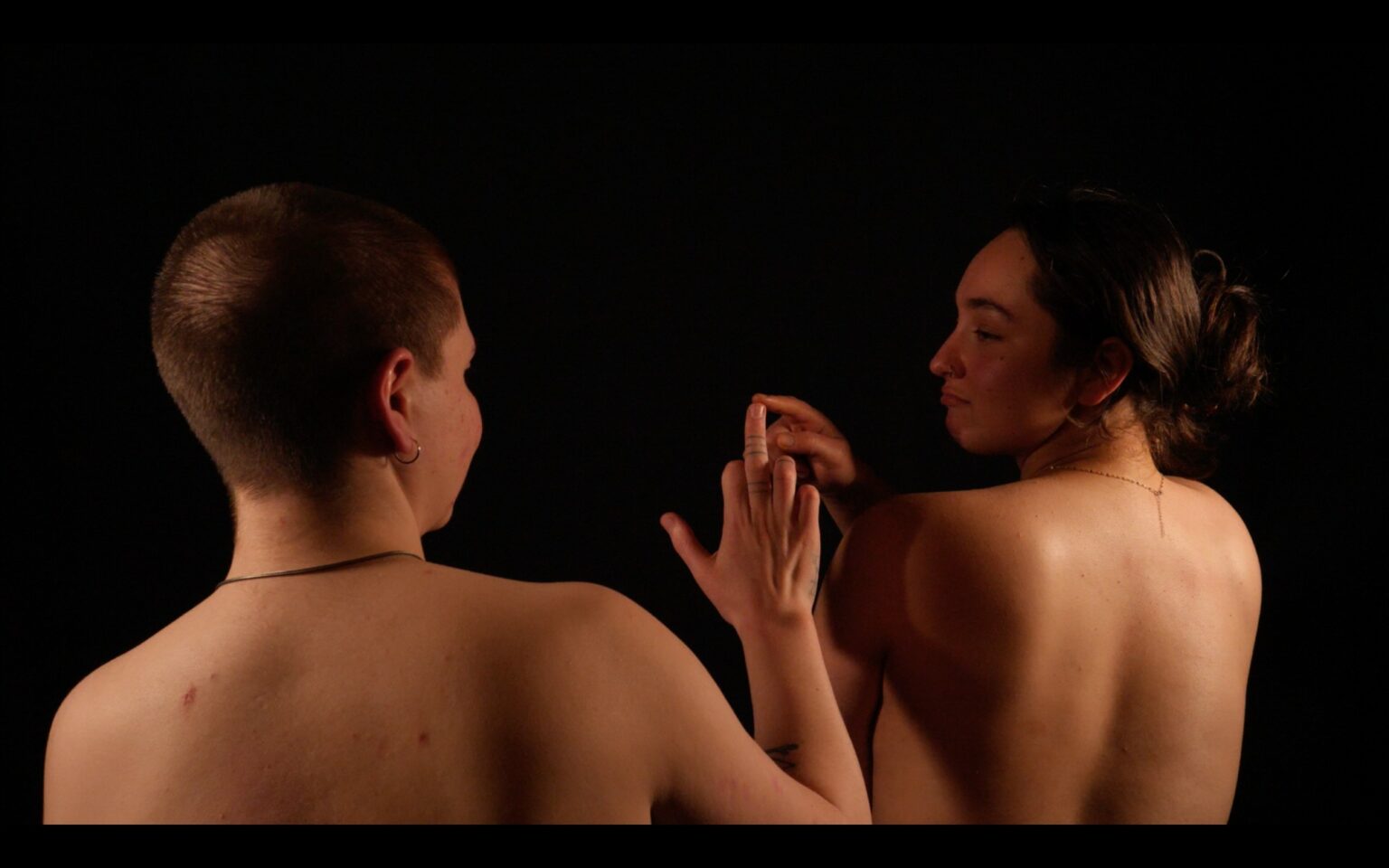