A film booklet listing the top ten films (of a personal preference) which start with the letter ‘M’ (the letter was chosen randomly). Here I was playing with the grid systems in order to make an engaging and well-structured layout. I was also attempting to create a tension between the text blocks and photographs which have a strong eye trajectory. Each film title has nine additional bars, and a number of a film on the list is indicated by a yellow bar which ‘moves’ up (in the last film it ‘hits’ a yellow ‘M’). The yellow blocks seen throughout the booklet were used as a playful and unifying element. 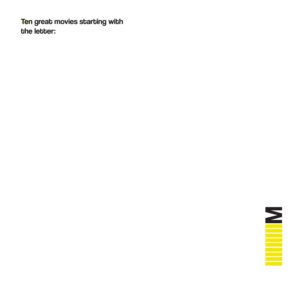 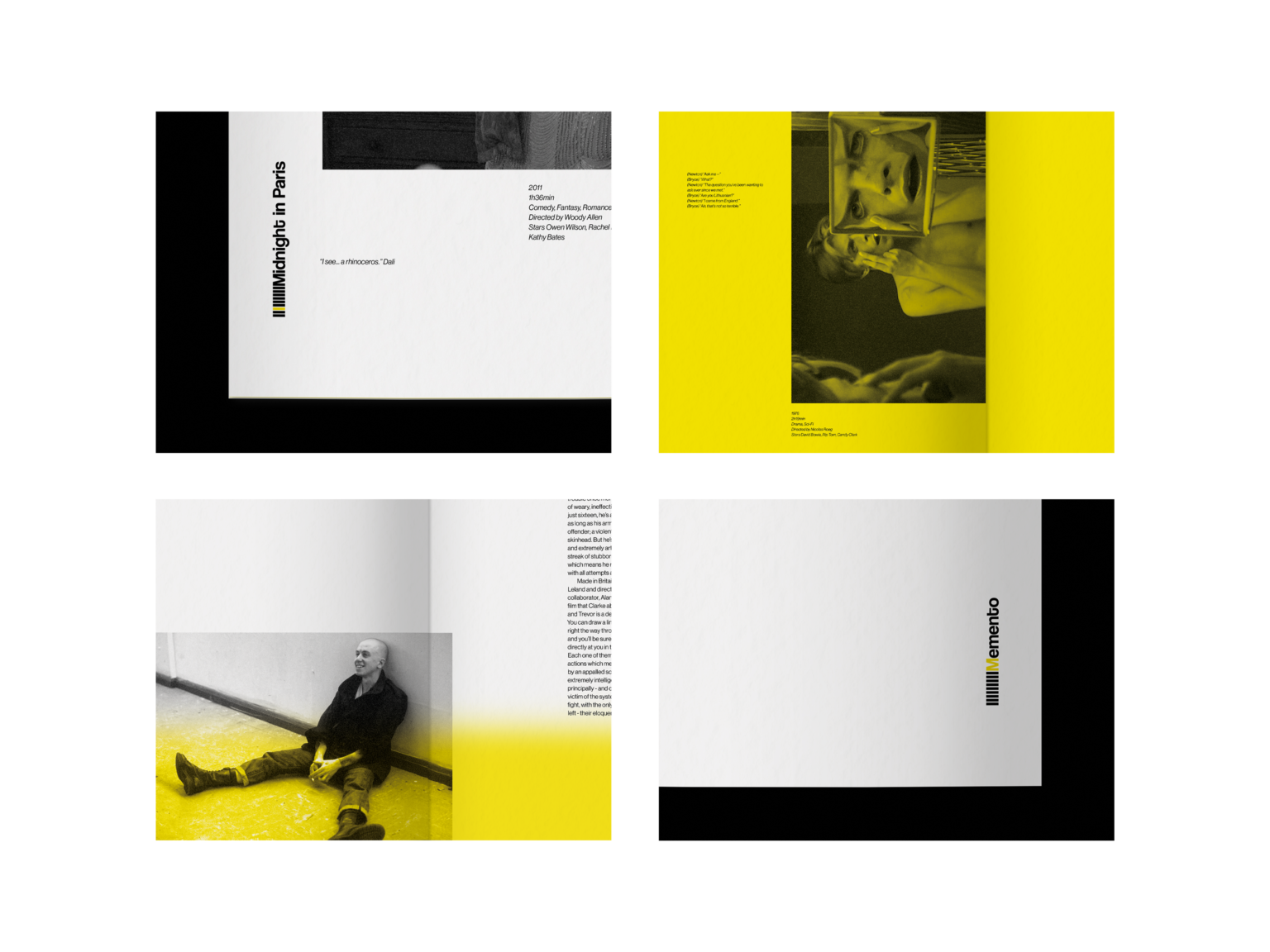