The film I was tasked to design a poster for was extremely abstract. ‘Tenemos’ by Nina Danino has essentially no narrative, instead it is much more about creating an atmosphere and describing a sense of place. The film features themes of Christianity and much of the film was shot in places where The Virgin Mary has supposedly had appearances. The film is very nature orientated with much of the film set in forests. One of the only bits of dialogue in the film describes someone waiting underneath a tree, describing the branches of the tree as ‘Very Thorny’. Because of these two dominant concepts in the film I decided that a crown of thorns would be a suitable motif to use for the poster that could encapsulate both of these broad themes. I created a 3D rendered type that  mirrored the image before screen printing a set of around 20 posters. 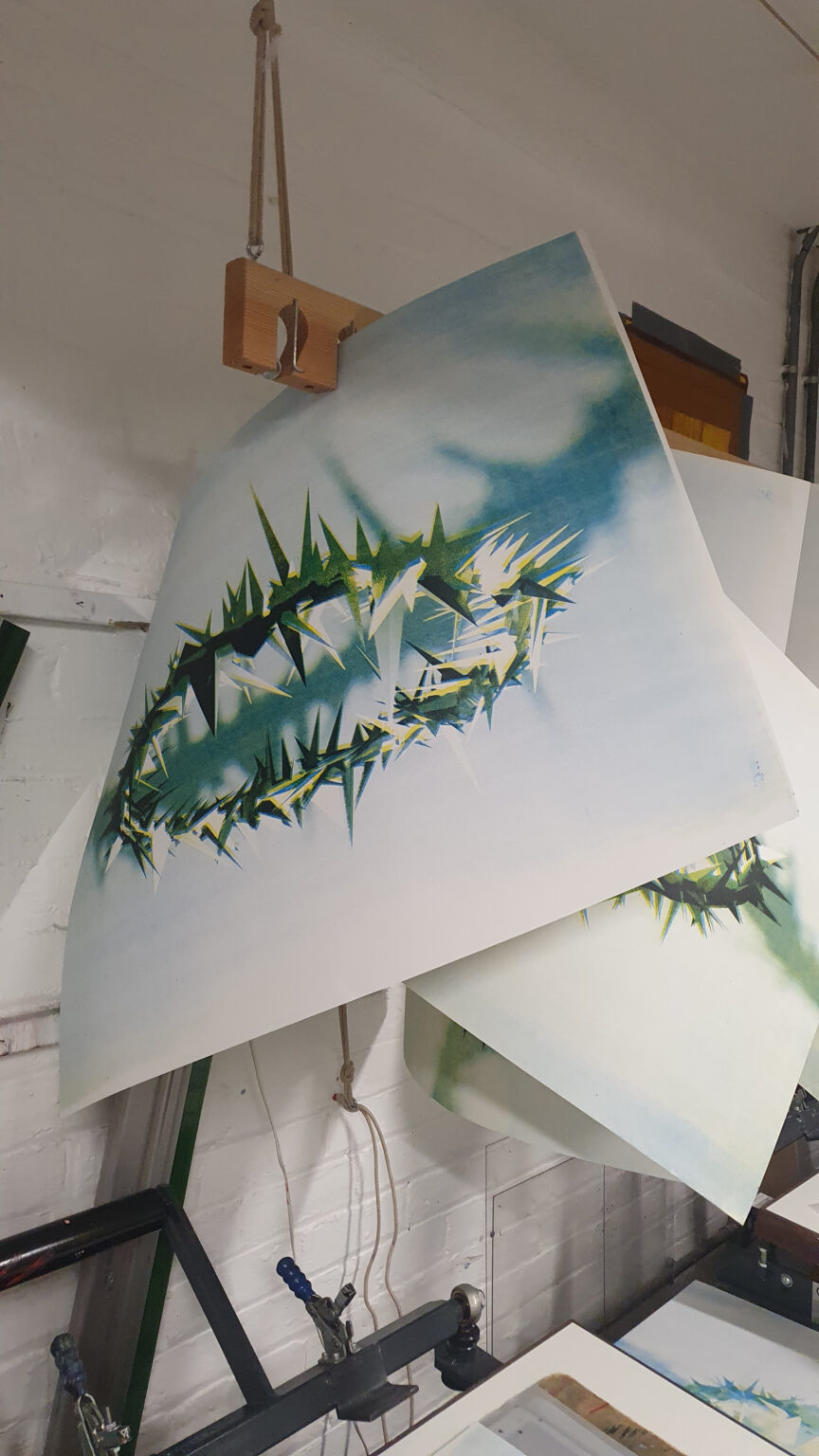 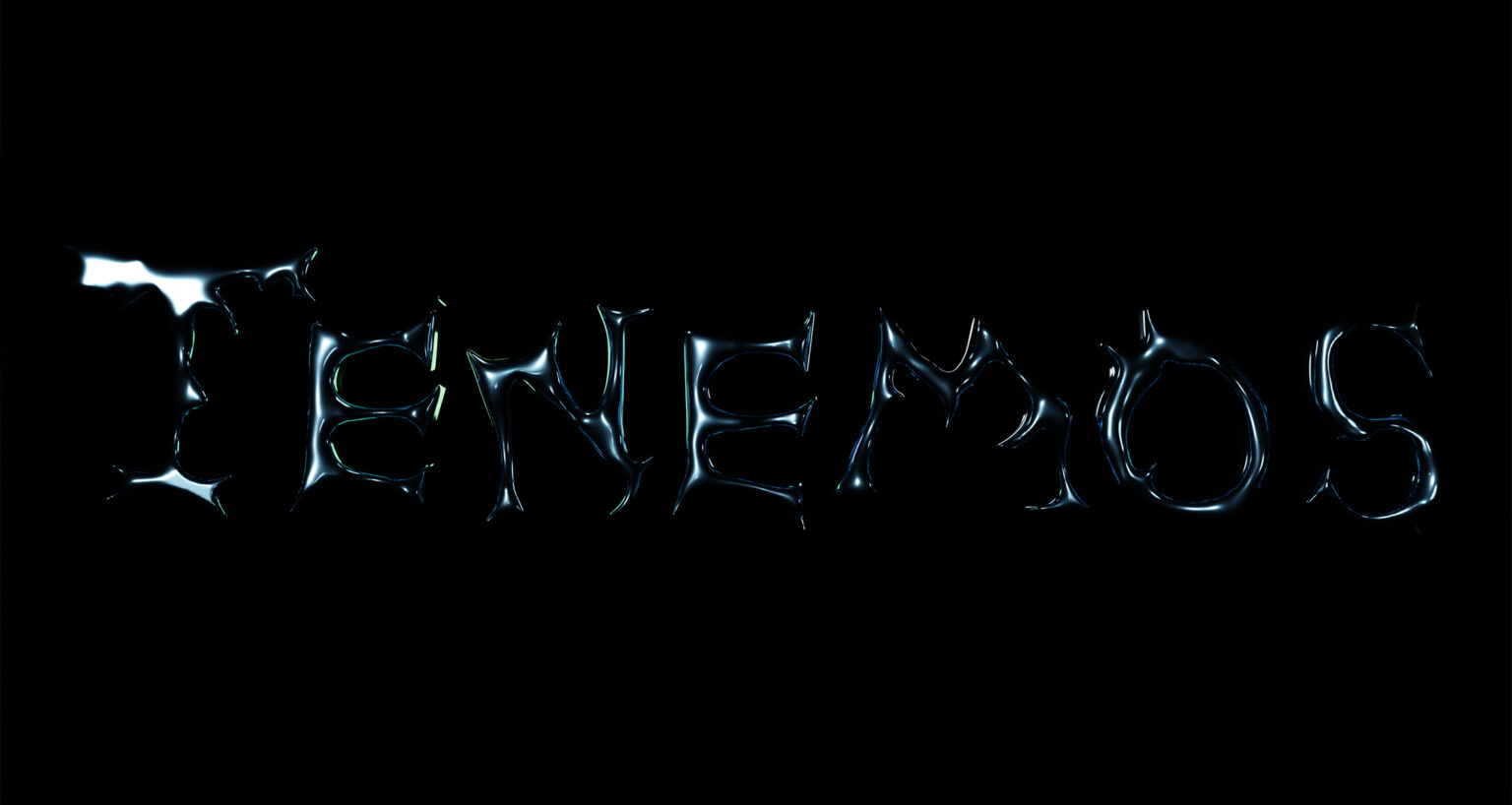 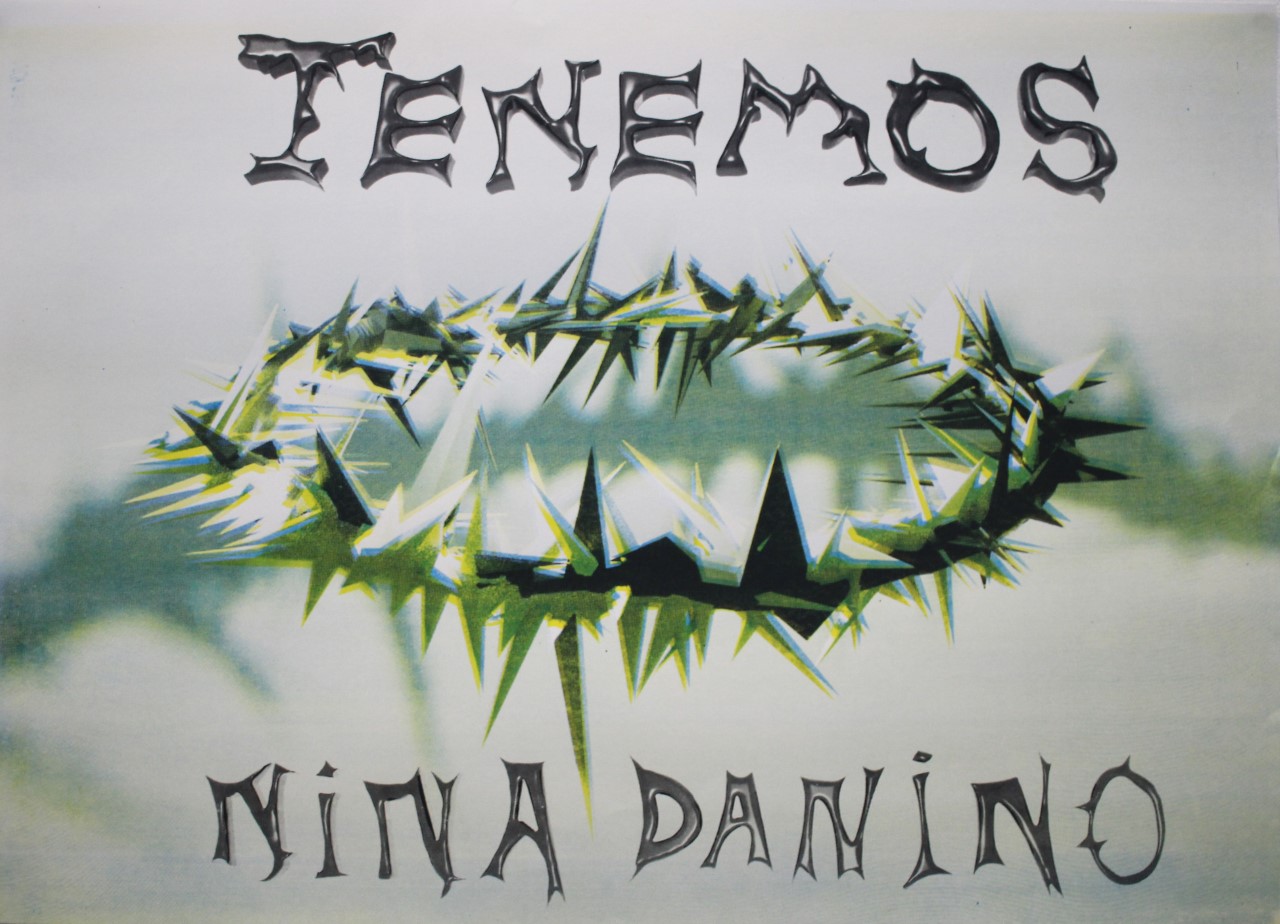