When compared to the majority of buildings in our city, contemporary buildings are incredibly complex and difficult to understand let alone deconstruct. This is becoming increasingly so as architects try to resolve environmental issues with technological fixes such as creating airtight envelopes, adding mechanical heat recovery systems and including large amounts of insulation that just happens to be petrol-based. Such an approach may make an environmentally friendly building in a narrow and isolated sense however it is highly inappropriate to the large scale, long-term thinking and mass action envisaged by ‘Collective City’.

Thus, a different approach is required. This will focus on reducing carbon content of materials, (both from sourcing and transport) and ease of construction and future deconstruction and retrofitting.

The ‘Collective City’ will therefore require a framework for material redistribution which will allow citizens to adapt, insulate and extend tenement housing in Glasgow on their own terms and with the minimum of environmental impact. Furthermore, the system should be focused on capturing excess materials produced by these alterations and redeploying them in the construction of a new ‘polyvalent tenement’ typology that will be constructed on the myriad gap sites that have been identified. This is supported by a distribution network and ‘interchange nodes’ which allow for the sourcing, movement, storage and processing of the materials and labour needed for this urban revolution.

It is proposed that materials used for both construction of new buildings and repairs of existing buildings are primarily harvested from the existing tenement housing stock and only where necessary from the environment.

These are then processed and stored at interchange nodes throughout the city prior to being installed or constructed by gangs of amateurs who are working to improve or build their own housing. They will of course be assisted by a limited number of professionals who are associated with their local interchange node.

New materials will be limited to a small pallet of biobased materials. This is for several reasons. Firstly, these materials are easy to source locally and are usually carbon neutral or negative. Secondly, they are highly appropriate, often identical, to the existing pallet of materials and construction techniques in existing Victorian tenements making the harvesting of materials from tenements and their retrofit much simpler. Finally, their simplicity makes their ability to be installed, and reinstalled, by skilled amateurs assisted by a limited number of professionals possible.

The project has identified 12 core building components to focus on which can be broken down into 5 general categories: Tile, Stone, Hemp, Fittings and Timber. 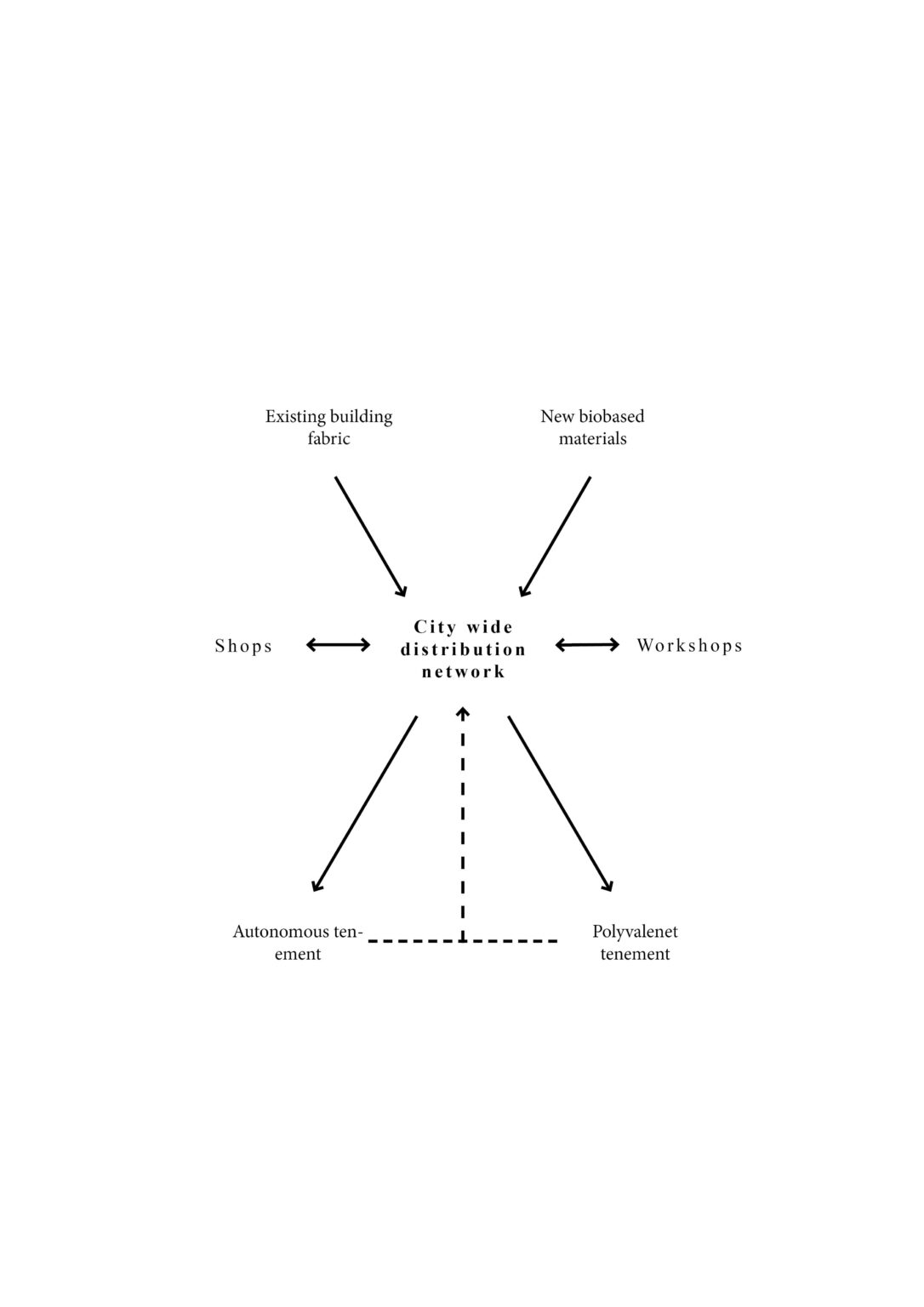 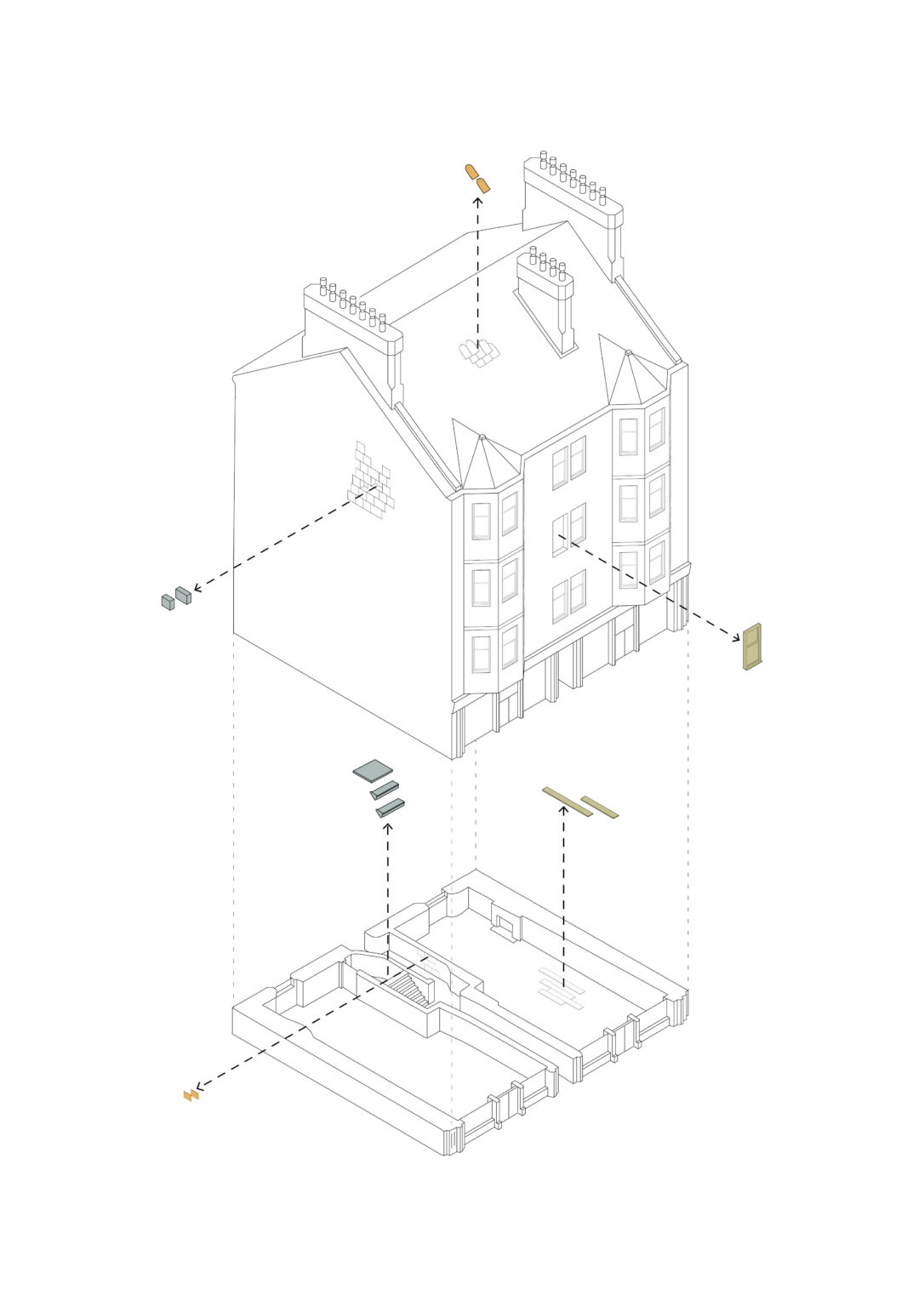 Materials harvested from a typical 19th century tenement.
2 of 5
Previous Next
Close 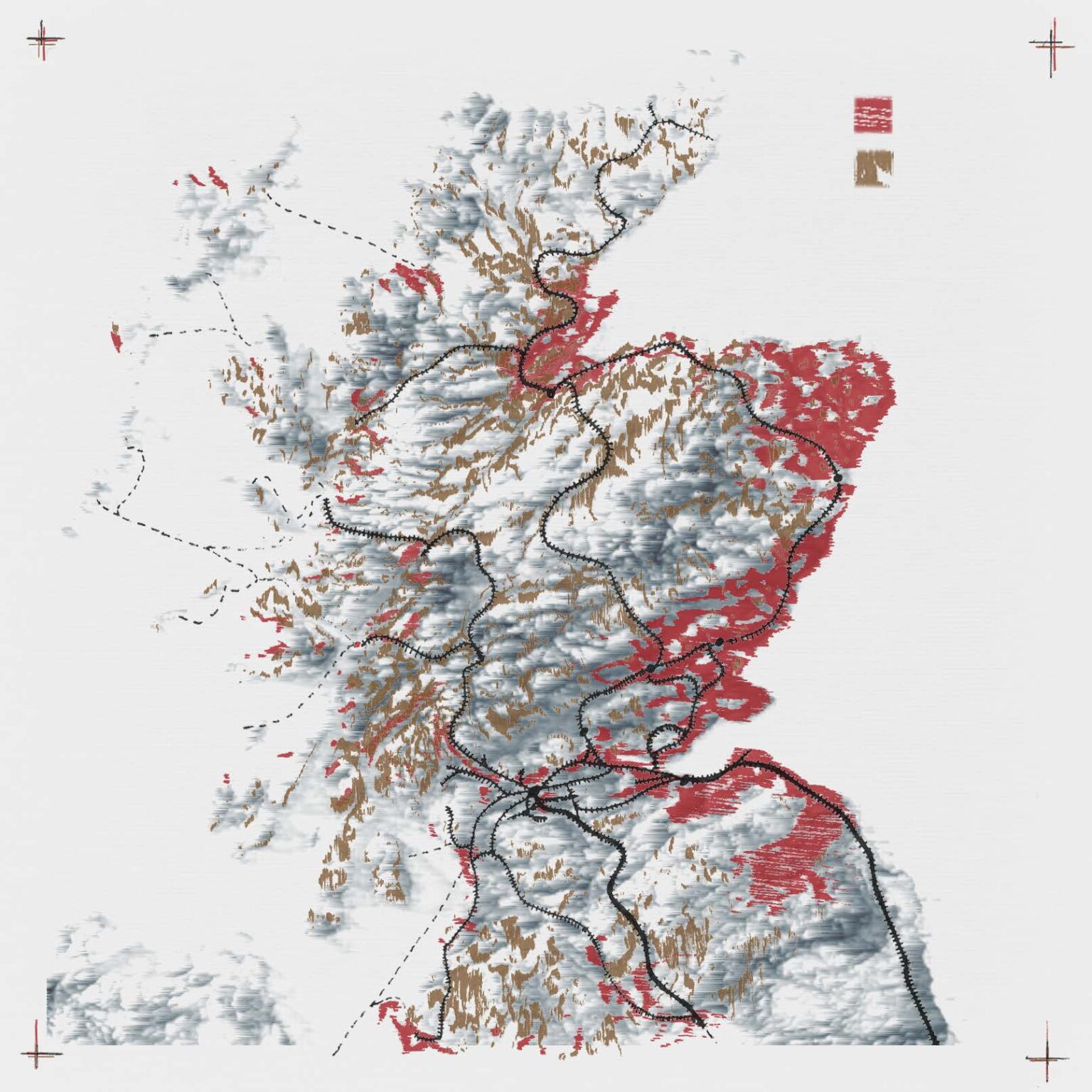 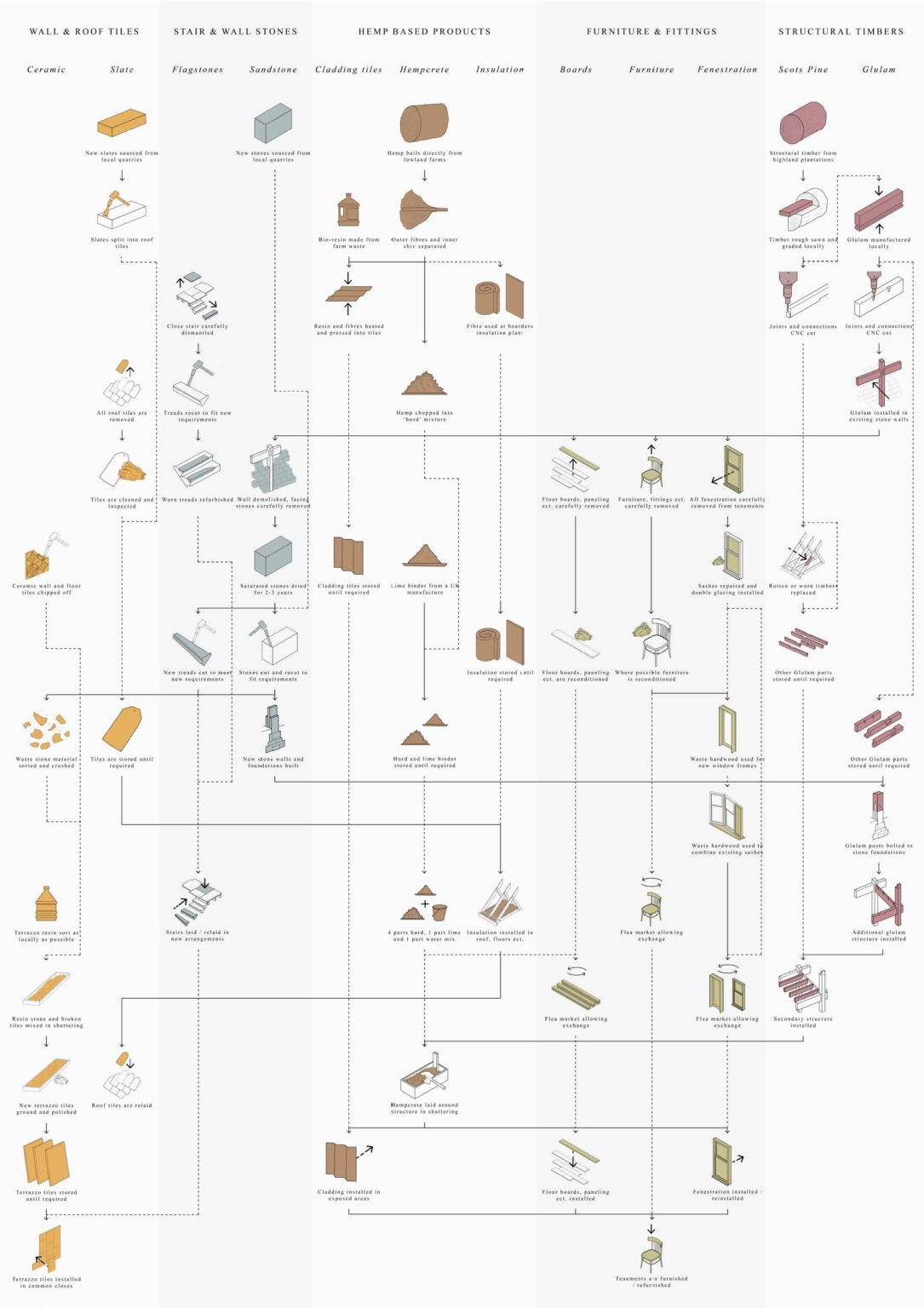