‘Angus, Thongs and Full-Frontal Snogging’ by Louise Rennison has been banned on several occasions in American schools, often challenged by parents due to its sexual content and the main character talking back to her parents. The producers of the 2008 film of the book decided to change the title to ‘Angus, Thongs and Perfect Snogging’ as they believed ‘Full-Frontal’ was too explicit.

This poster was part of an exhibition run by Graphic Design students in which we designed typographic letterpress posters in response to the theme of censorship. 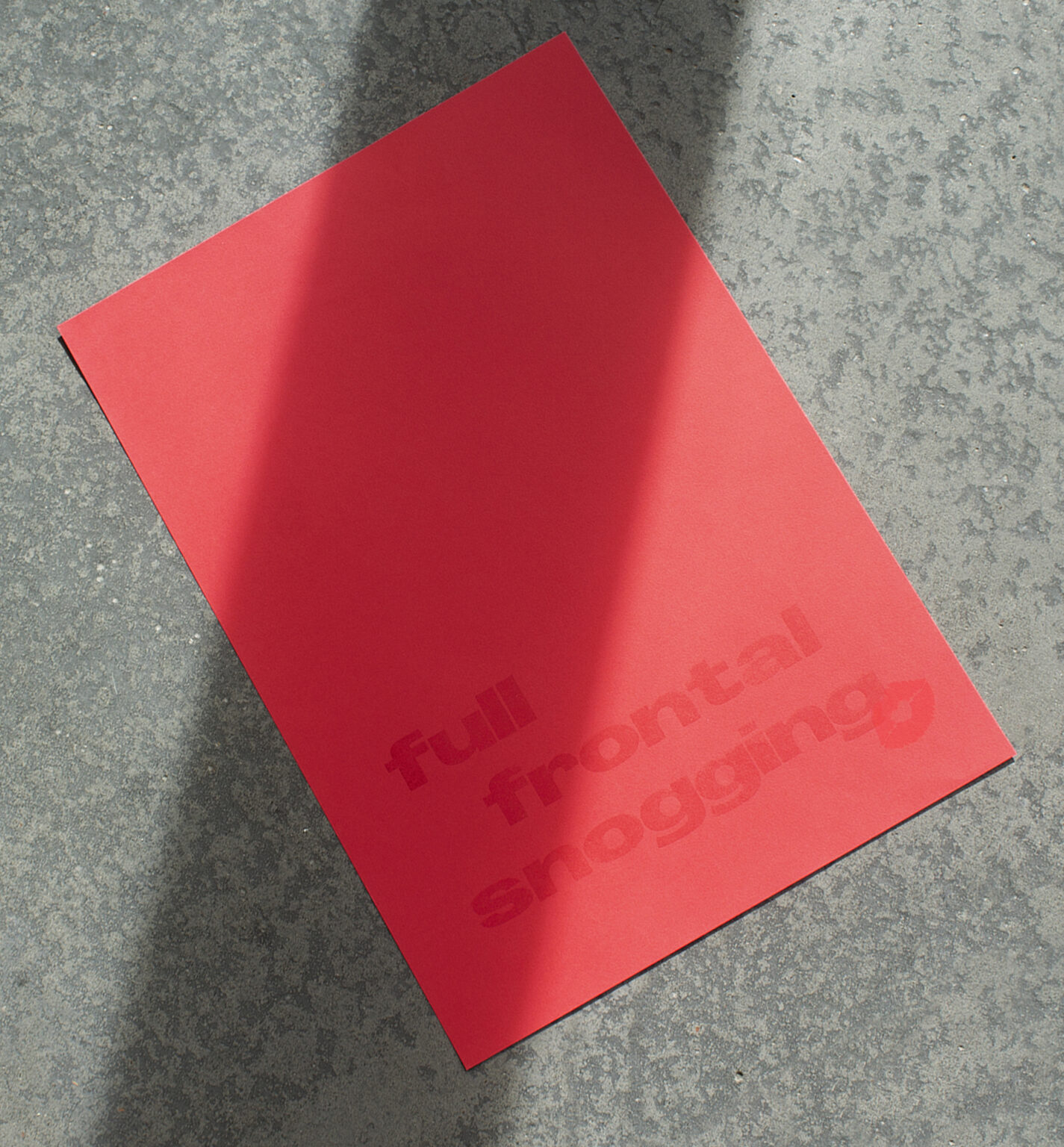