The influence of modernist town planning in Glasgow and the creation of the M8 motorway has divided communities, physically, socially and culturally. Coupled with an antisocial and unhealthy reputation, the motorway has formed a long-lasting wound that separates neighbourhoods in the north of Glasgow from its city centre. Through research and analysis of historic context, literature and the communities surrounding the site, the thesis will seek to reinstate a community connection on New City Road, through health-promoting, accessible and diverse architecture and urban planning.

Following the implementation of the Comprehensive Development Plan, Glasgow began to suffer from the symptoms of modernist town planning, including low social capital and cohesion, disconnected communities, zonal planning, poor health, antisocial behaviour and uninhabitable environments caused by wounded connections. This thesis seeks to heal the wound created by the construction on the M8 ring road in the 1960’s which sliced New City road in two and contributed to the disconnection of once thriving neighbourhoods. Using theories discussed by notable urbanists Jane Jacobs, Richard Sennett and Jan Gehl and a system of approachable design techniques, the thesis aims to stitch back together community connections which have been lost.

The proposed scheme utilises frequent nodes, increased routes, green space and external rooms to enliven the street and further heal the disconnected edges. The placement of social infrastructure elements (like a library and swimming pool) aims to transfuse community utilities out of their centres and onto New City Road, reinstating the high street artery that was once there and reintroduce the ‘everyday ballet of the street’, creating a safe and accessible route and attract users to a common ground beneath the motorway. The community centre, is made-up of three buildings and will sit upon this common ground.

The new street creates direct views between destinations, connecting the buildings to the street and other units surrounding it. This creates an approachable centre, where navigation and thresholds tell an understandable tale, using linear circulation in contrast the curved envelope of the new architecture and volumes of the reading room and swimming baths.

The design proposal employs various tactics to mitigate noise and air pollution, vibrations, toxic water runoff and shading. One such consideration is the use of a cork façade system, chosen for its sustainable, waterproof, and sound and heat insulating qualities. This material also follows the vernacular of blonde sandstone in the area and juxtaposes the rough, cold concrete of the motorway. The scheme also uses custom designed deep framed windows to encase secondary glazing, green roofs and tree barriers to mitigate noise and air pollution. 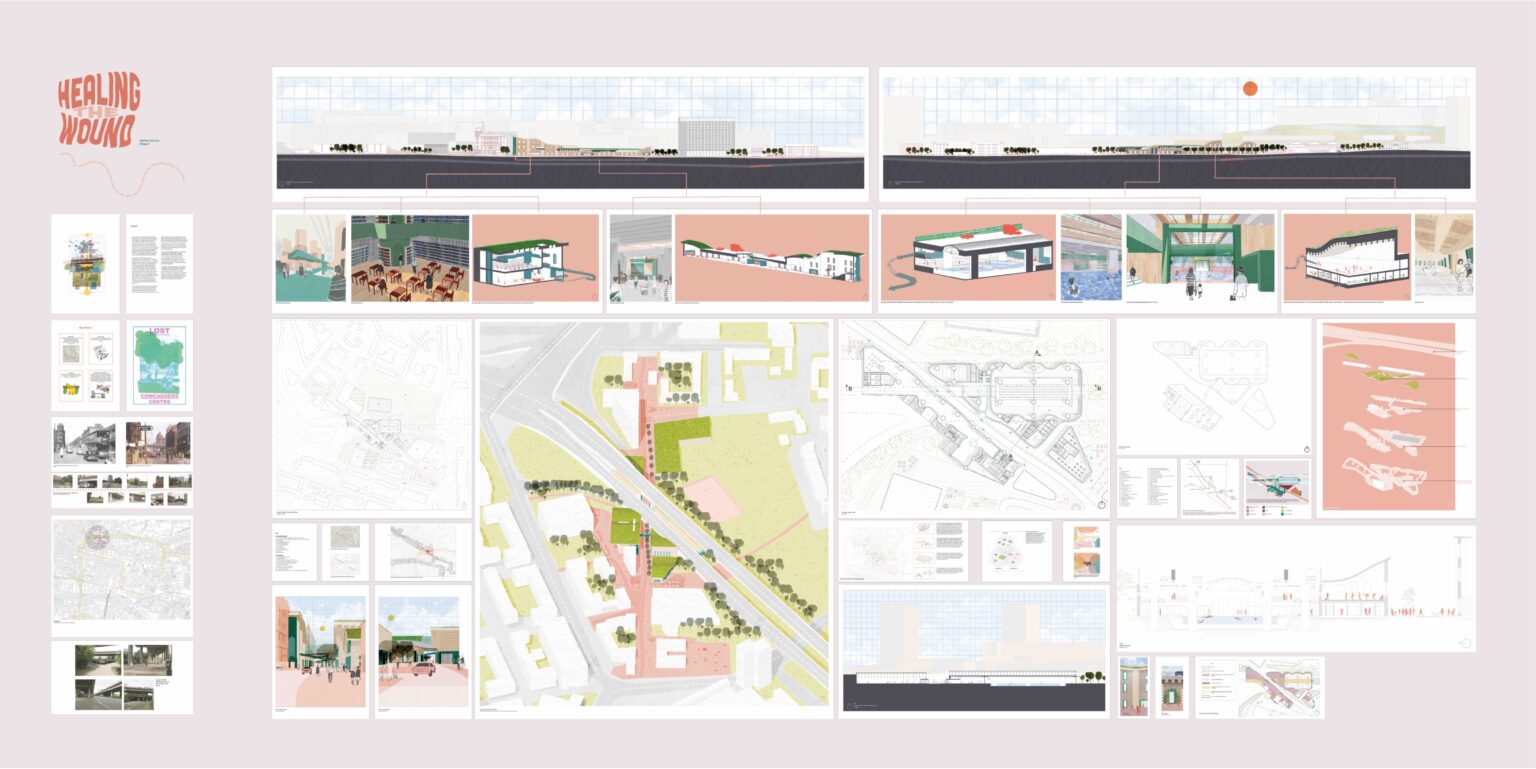 1 of 30
Previous Next
Close 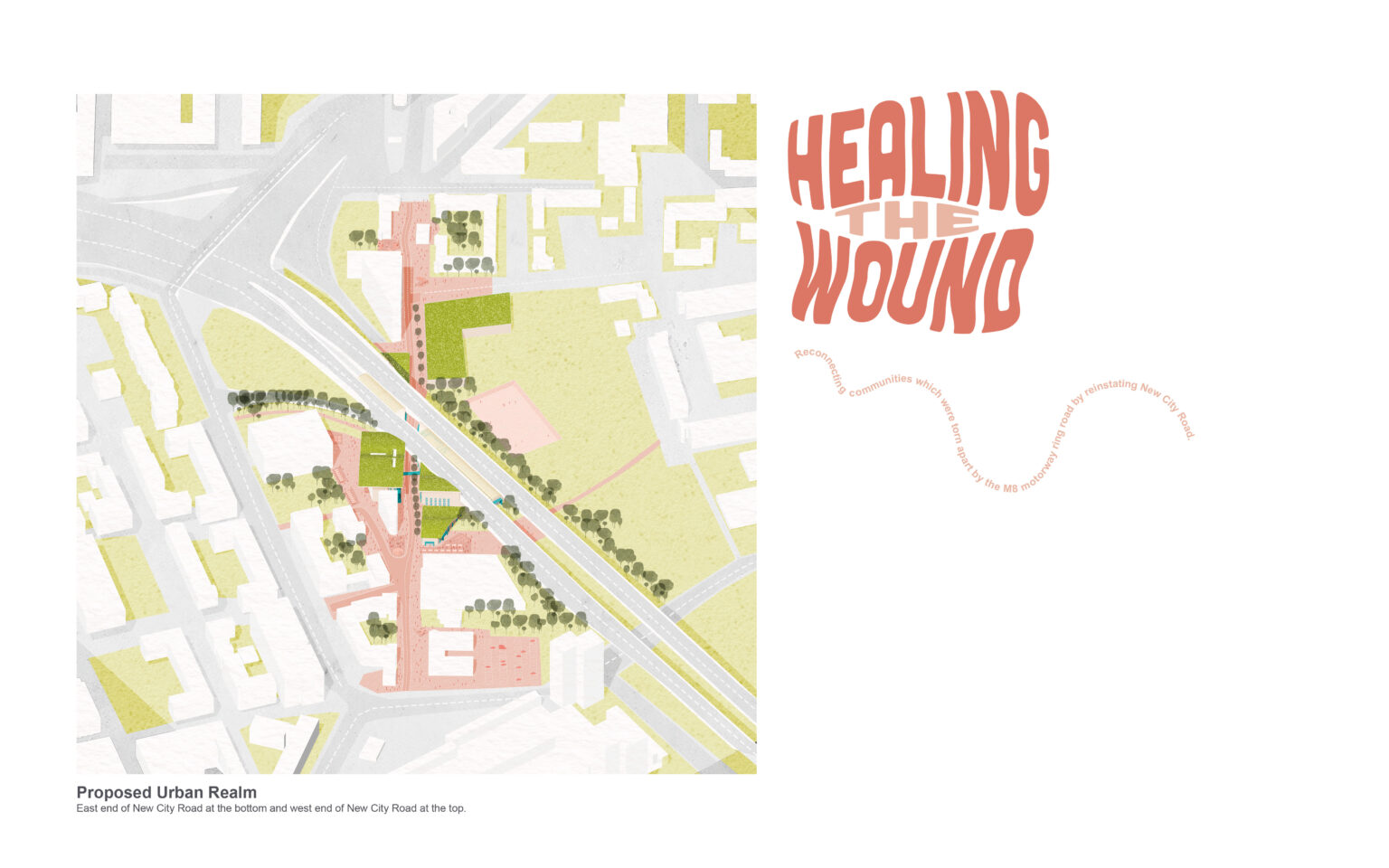 2 of 30
Previous Next
Close 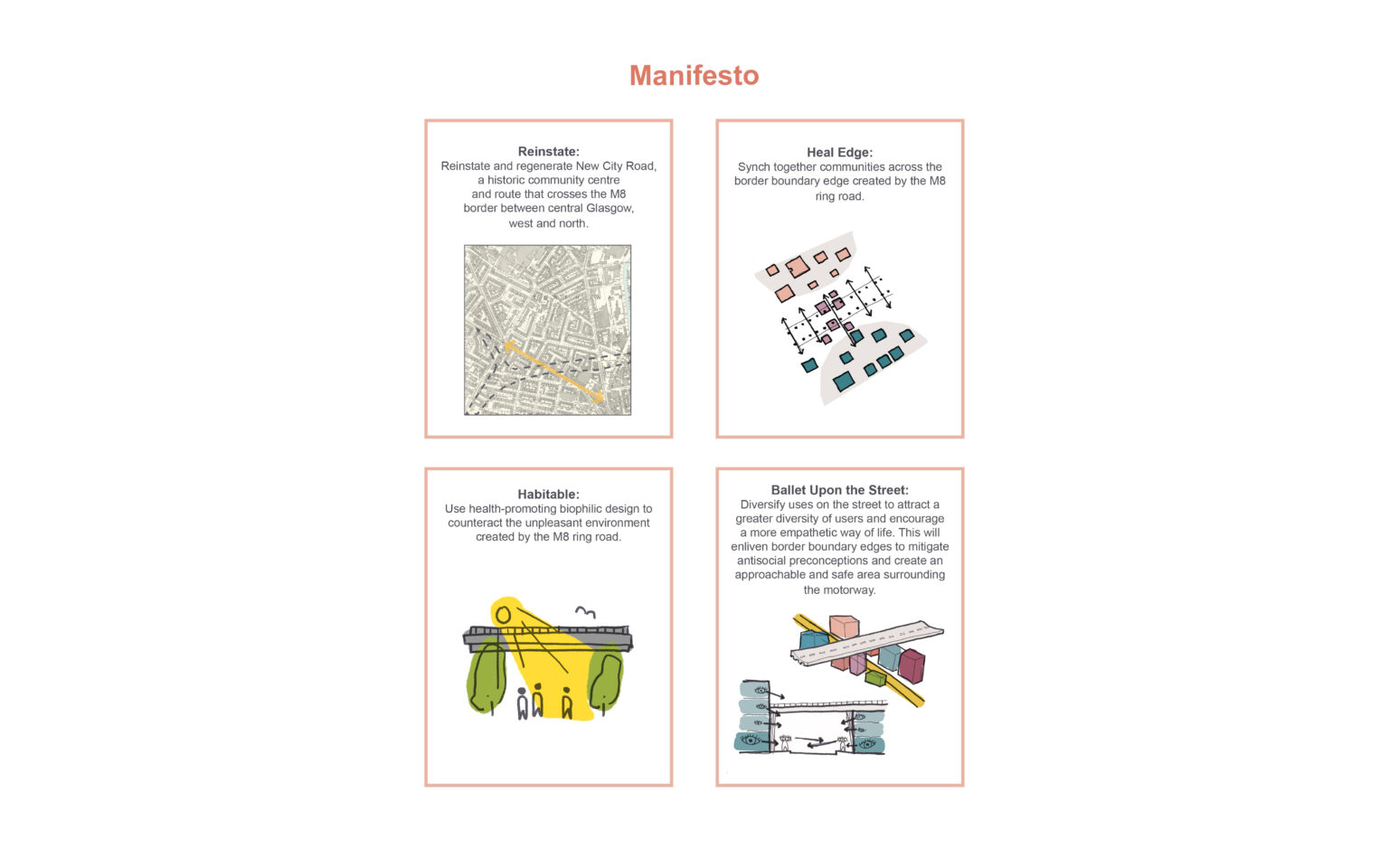 3 of 30
Previous Next
Close 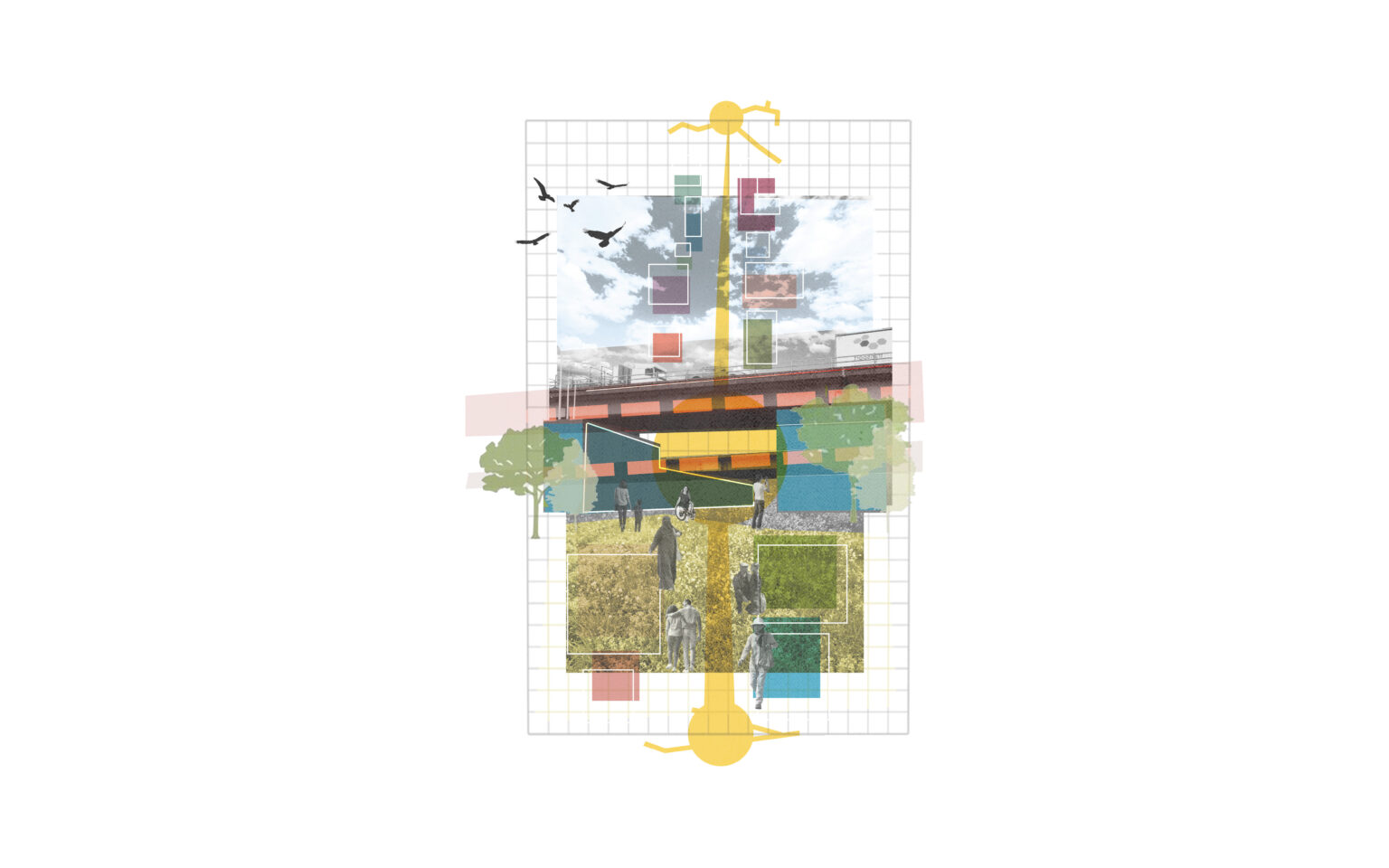 4 of 30
Previous Next
Close 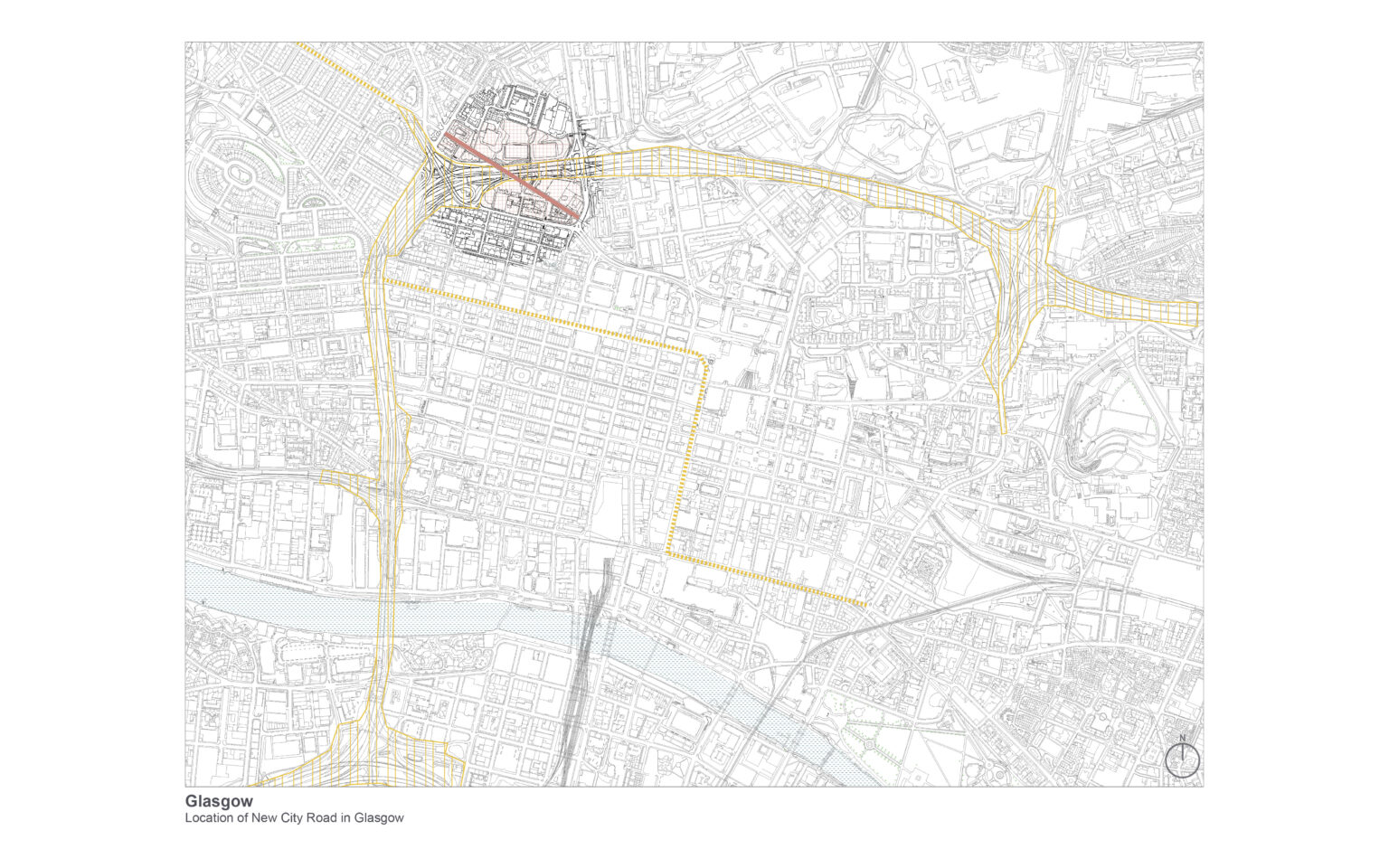 5 of 30
Previous Next
Close 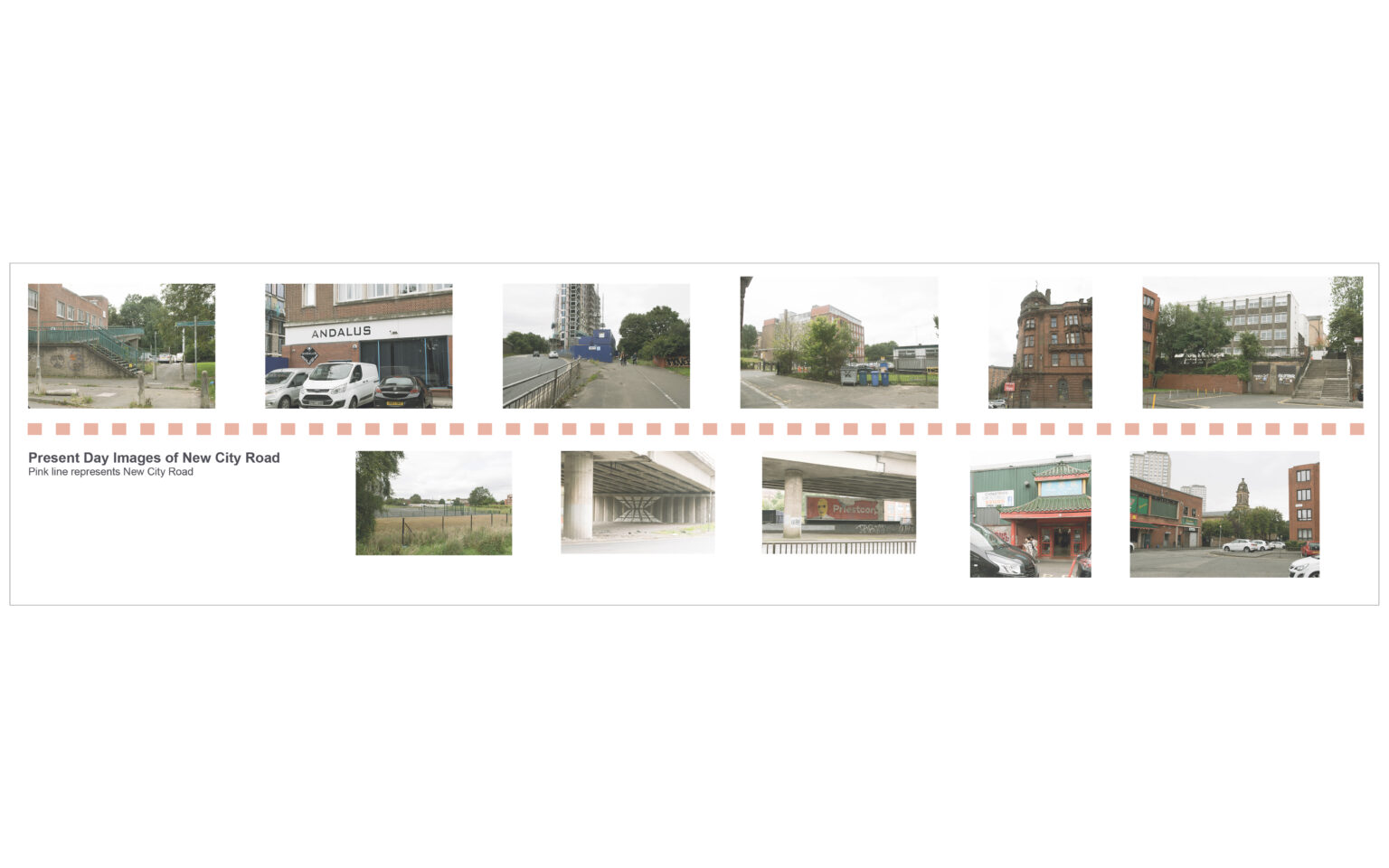 6 of 30
Previous Next
Close 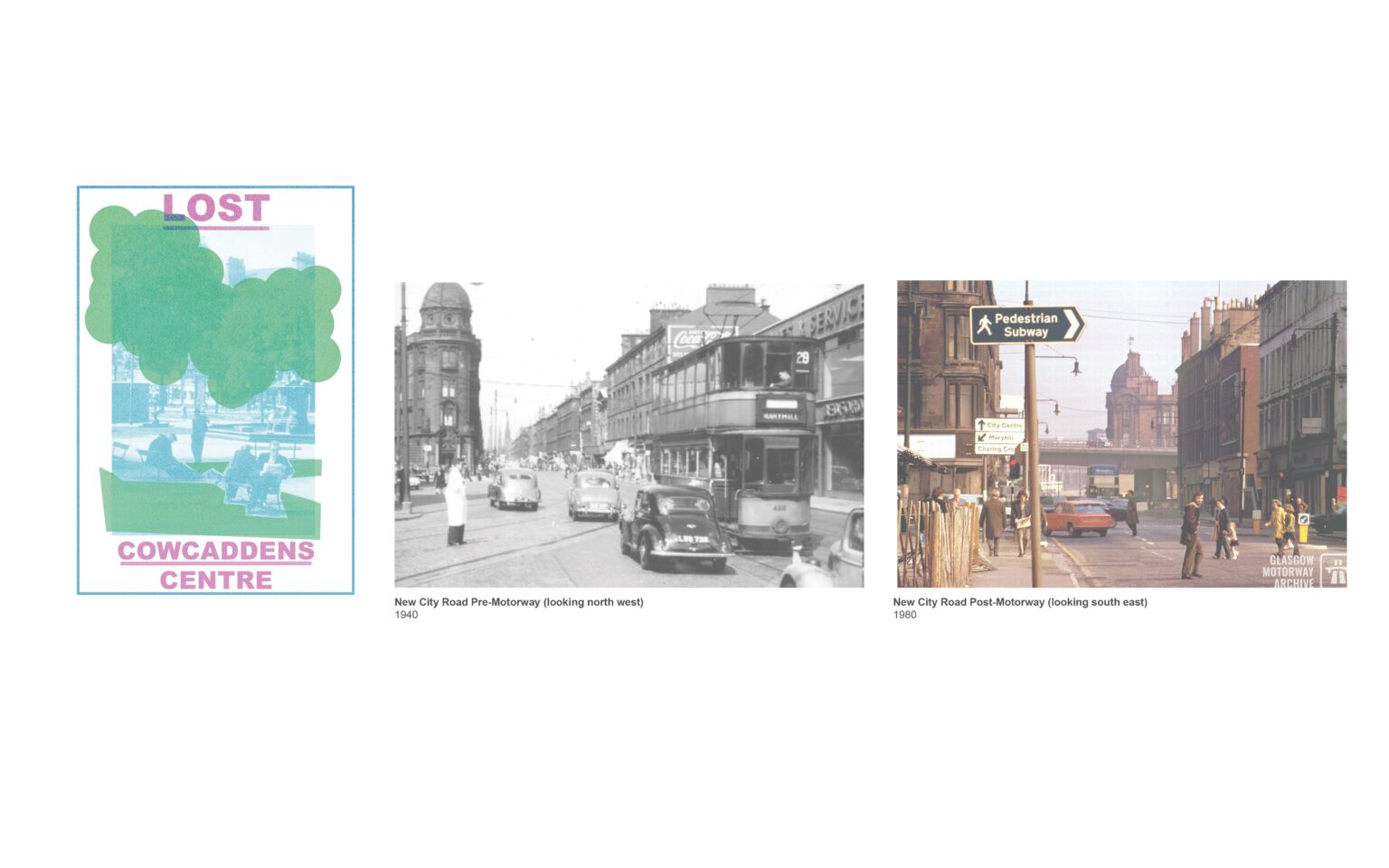 7 of 30
Previous Next
Close 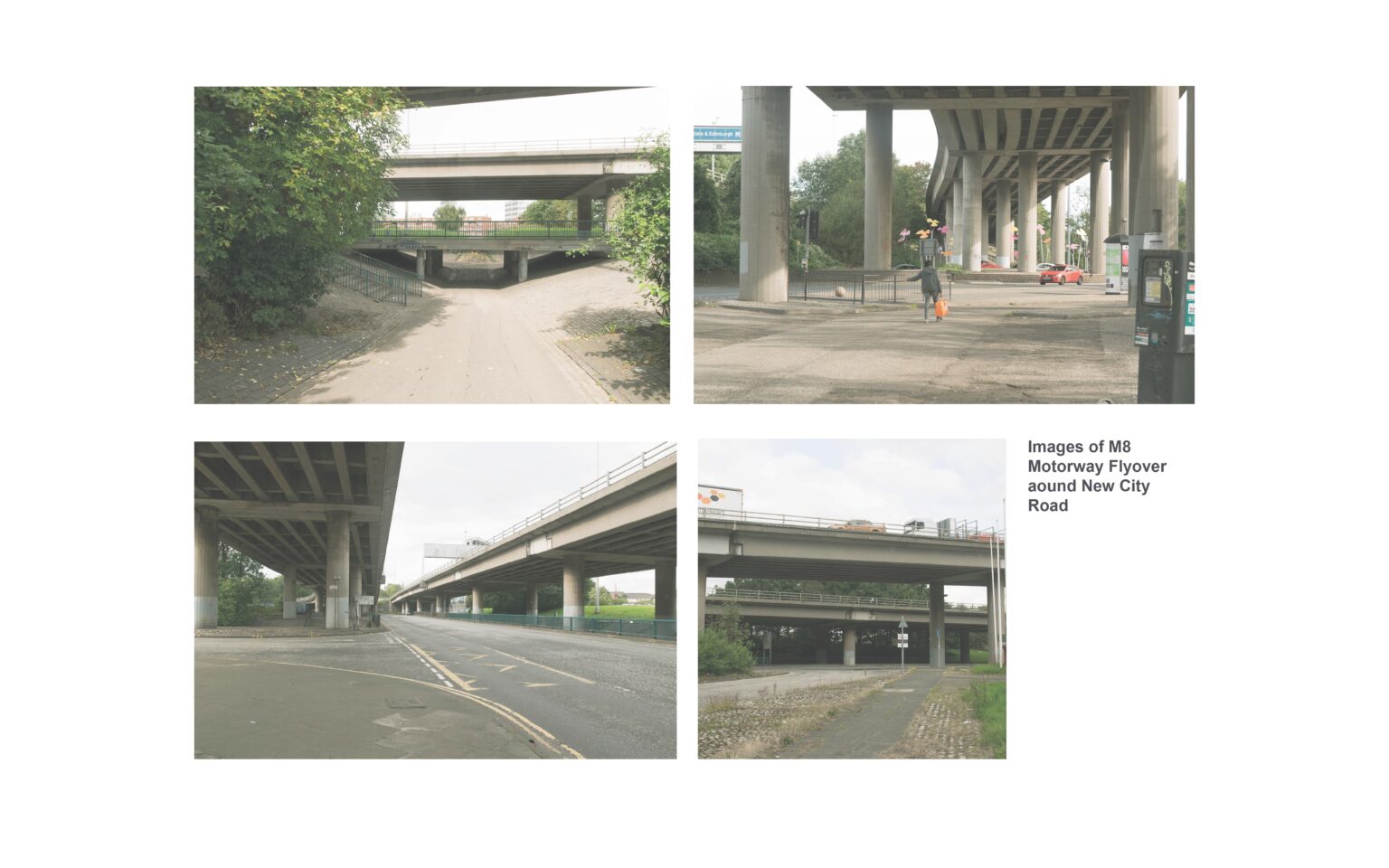 8 of 30
Previous Next
Close 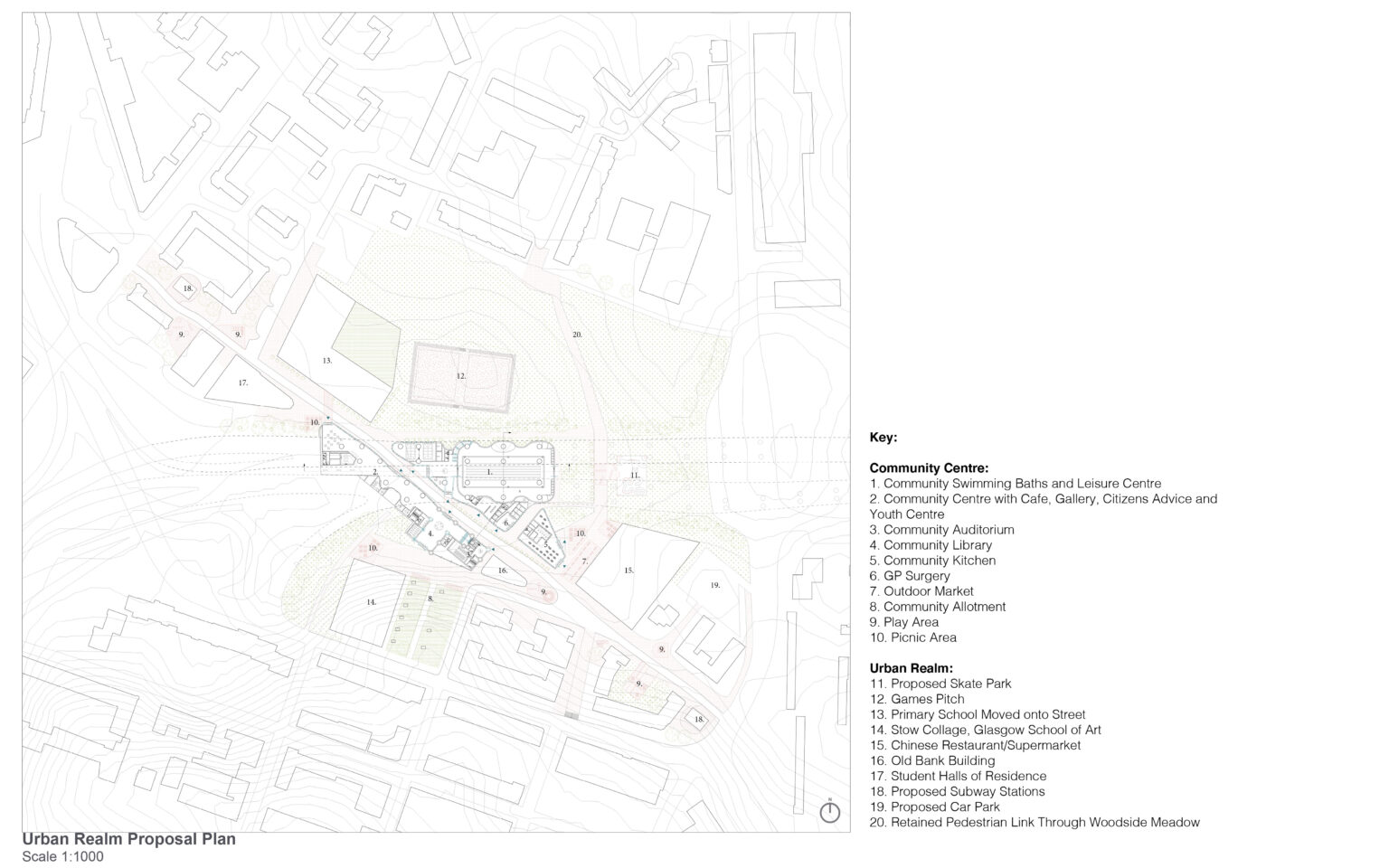 9 of 30
Previous Next
Close 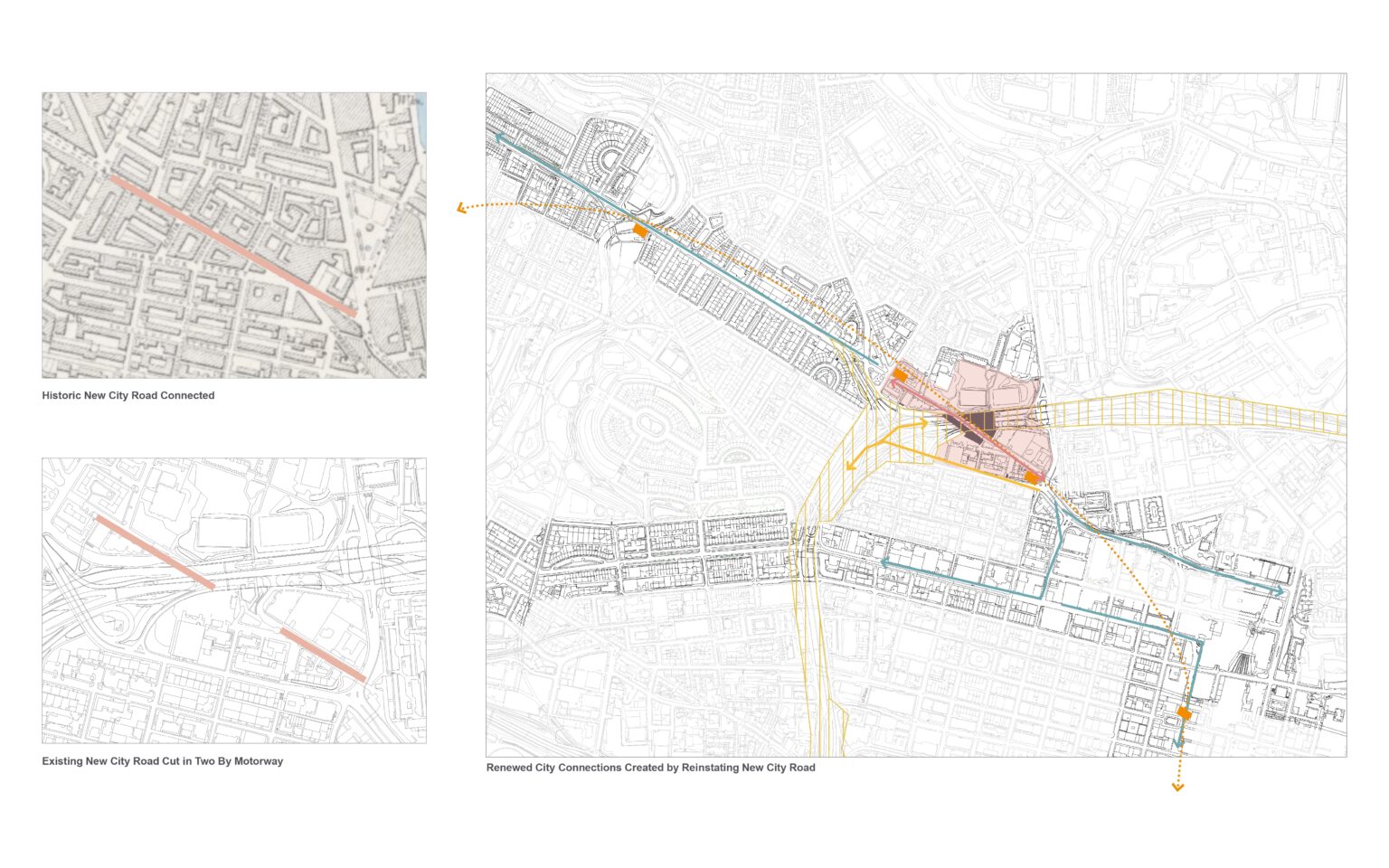 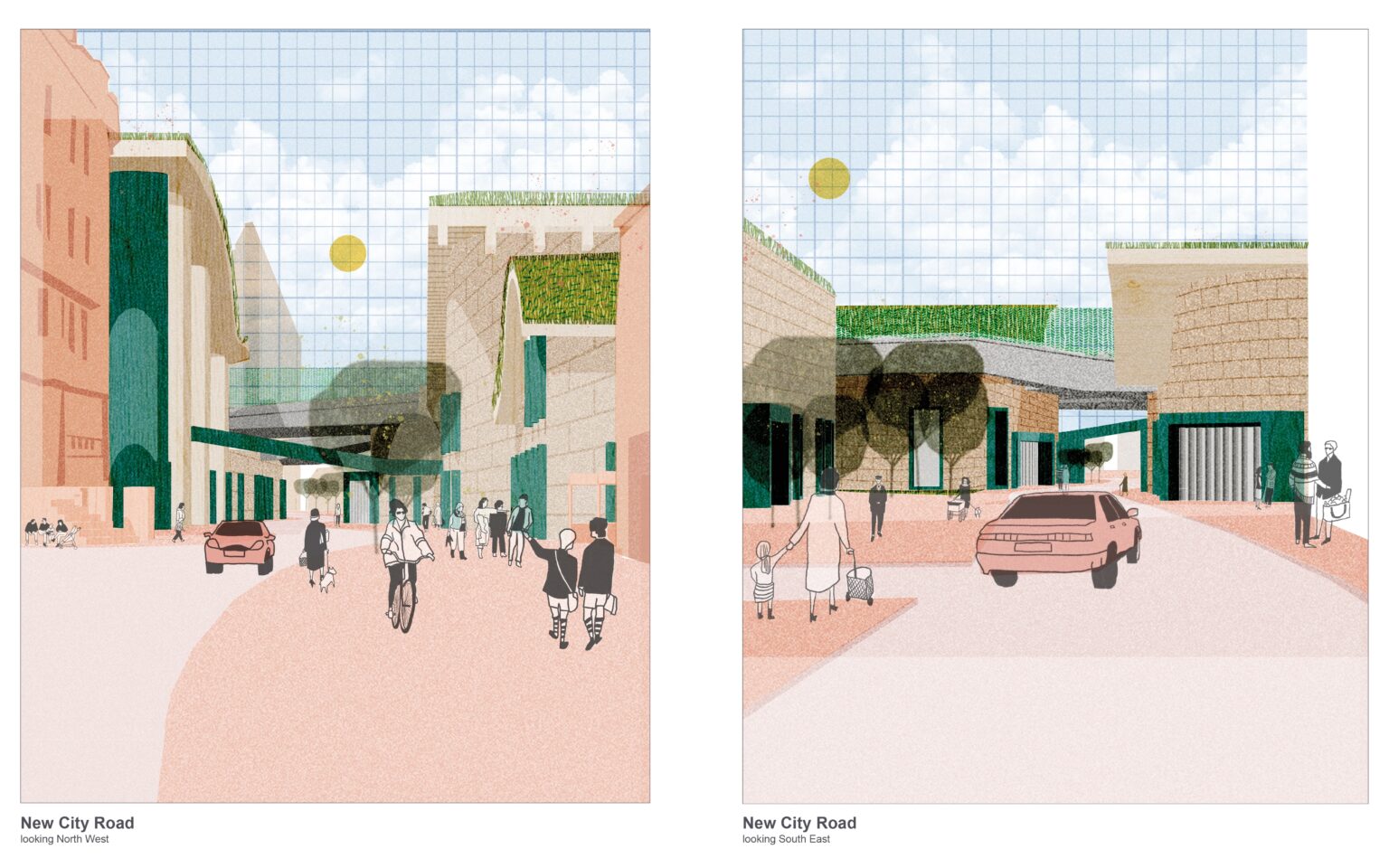 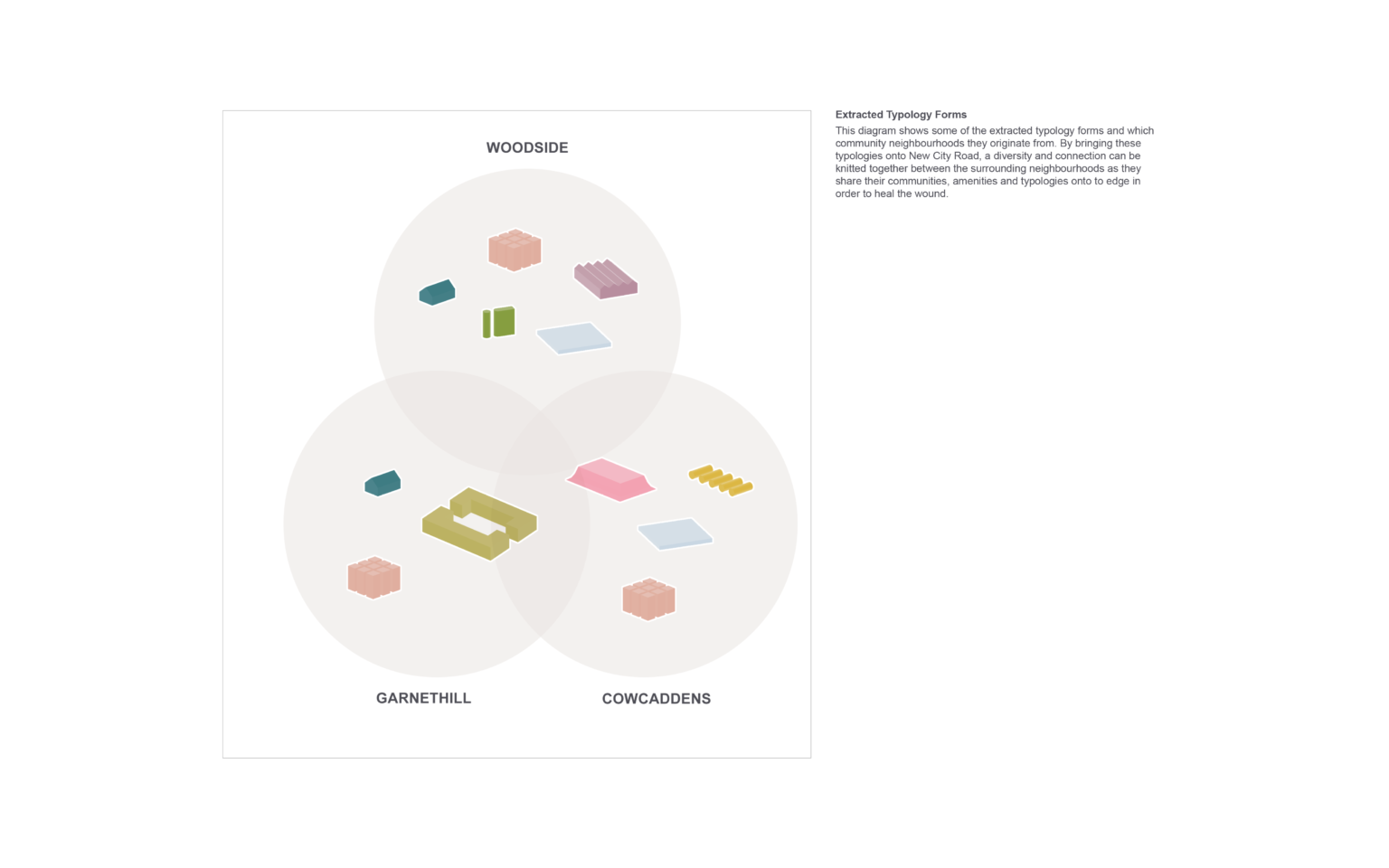 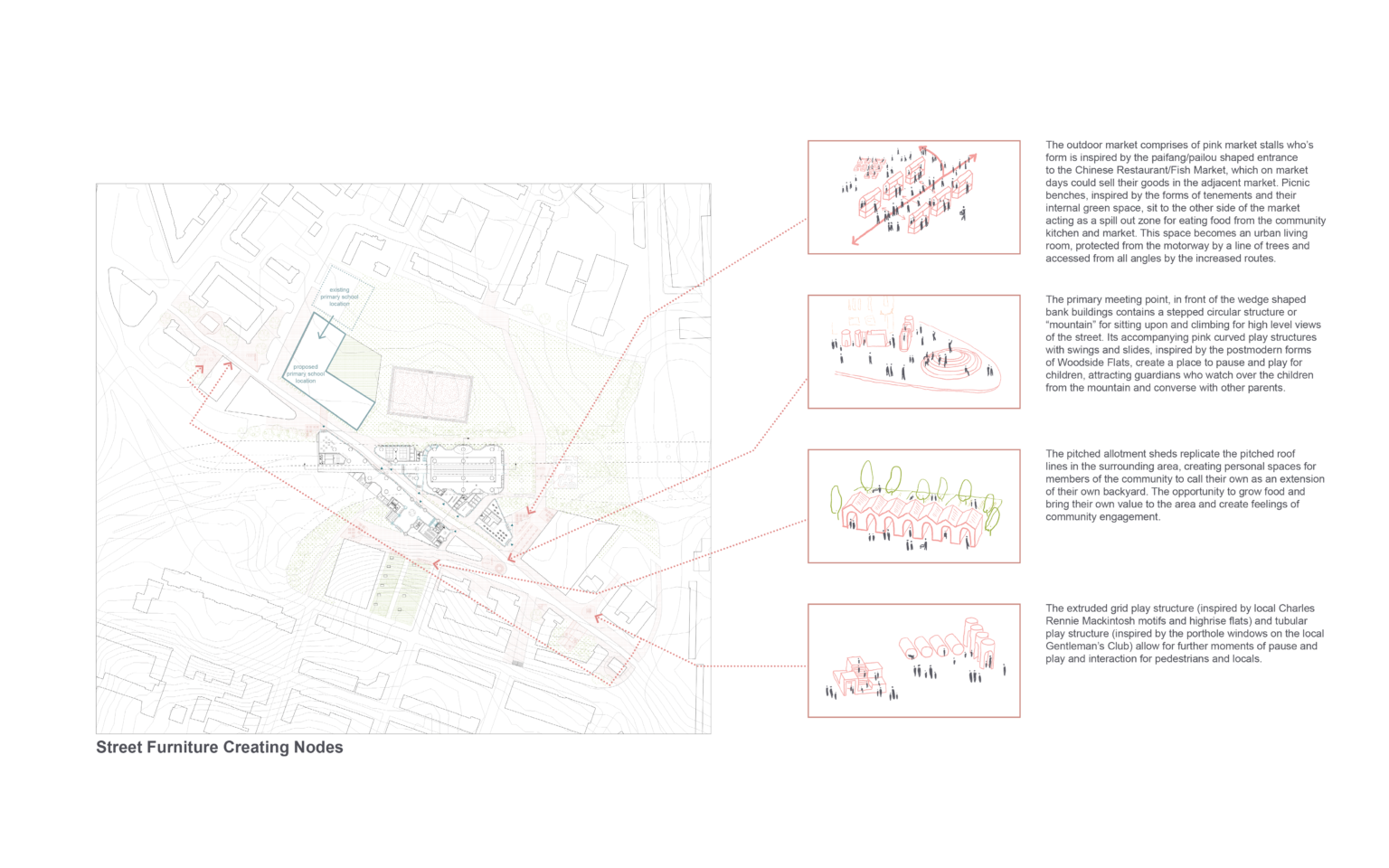 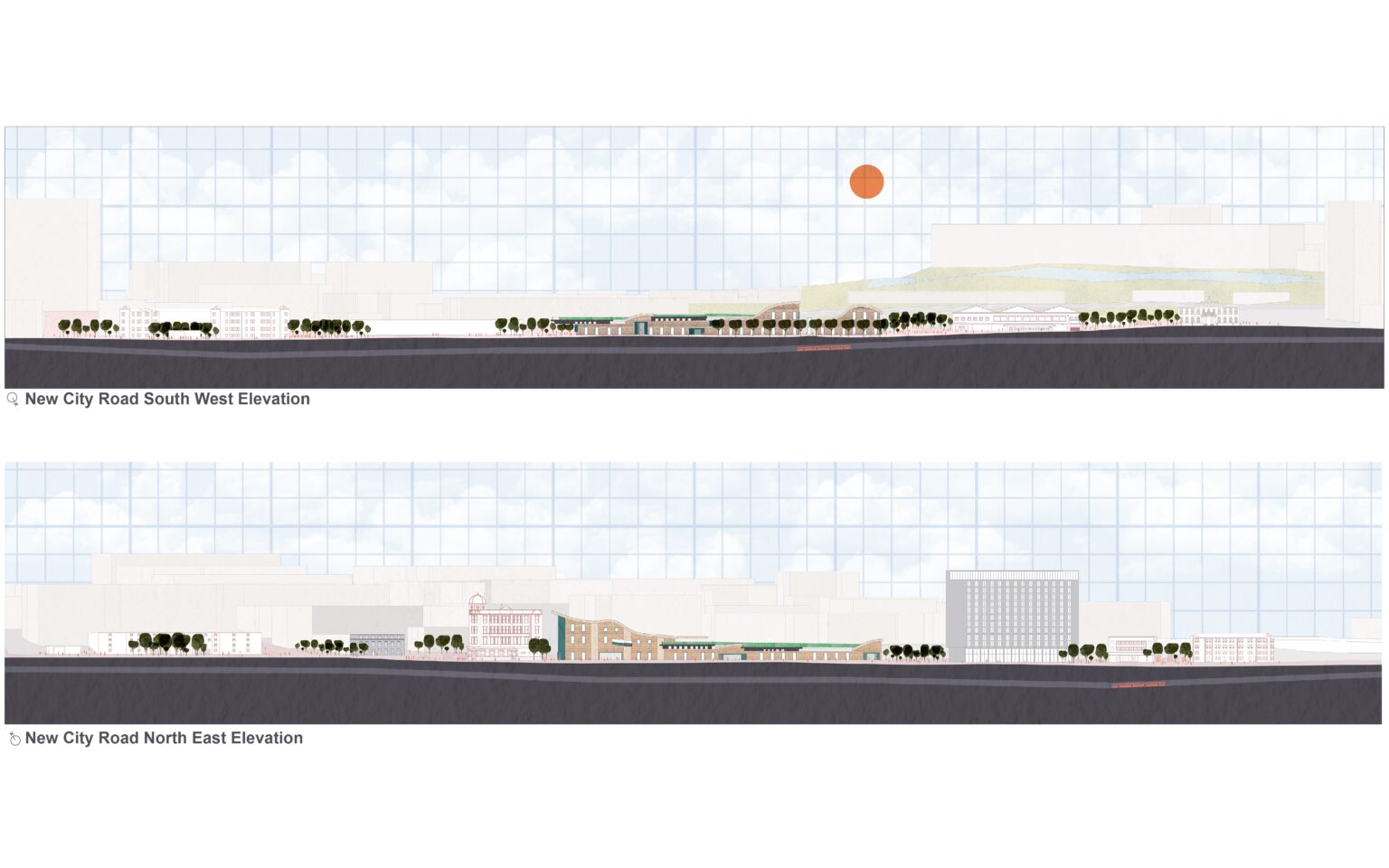 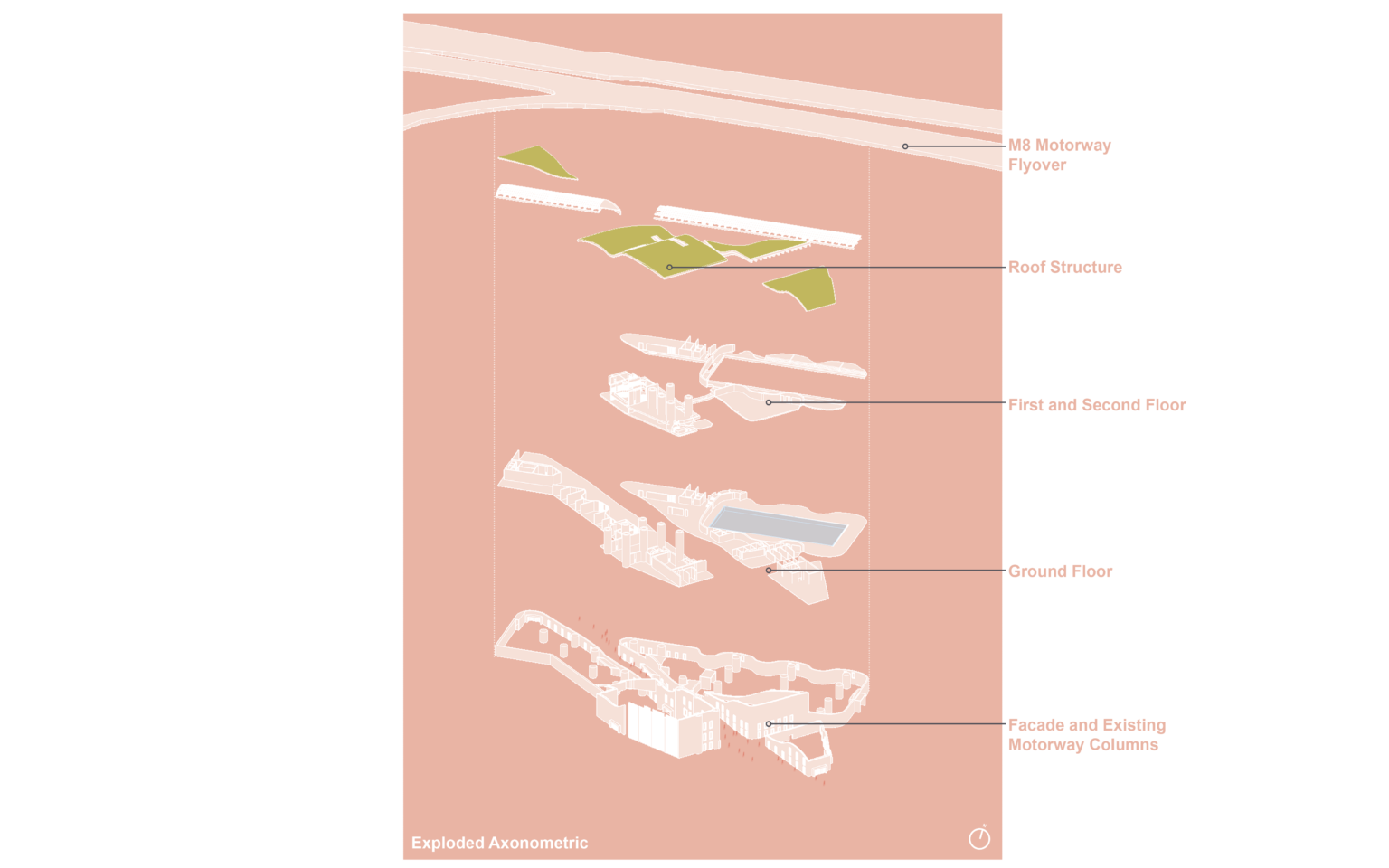 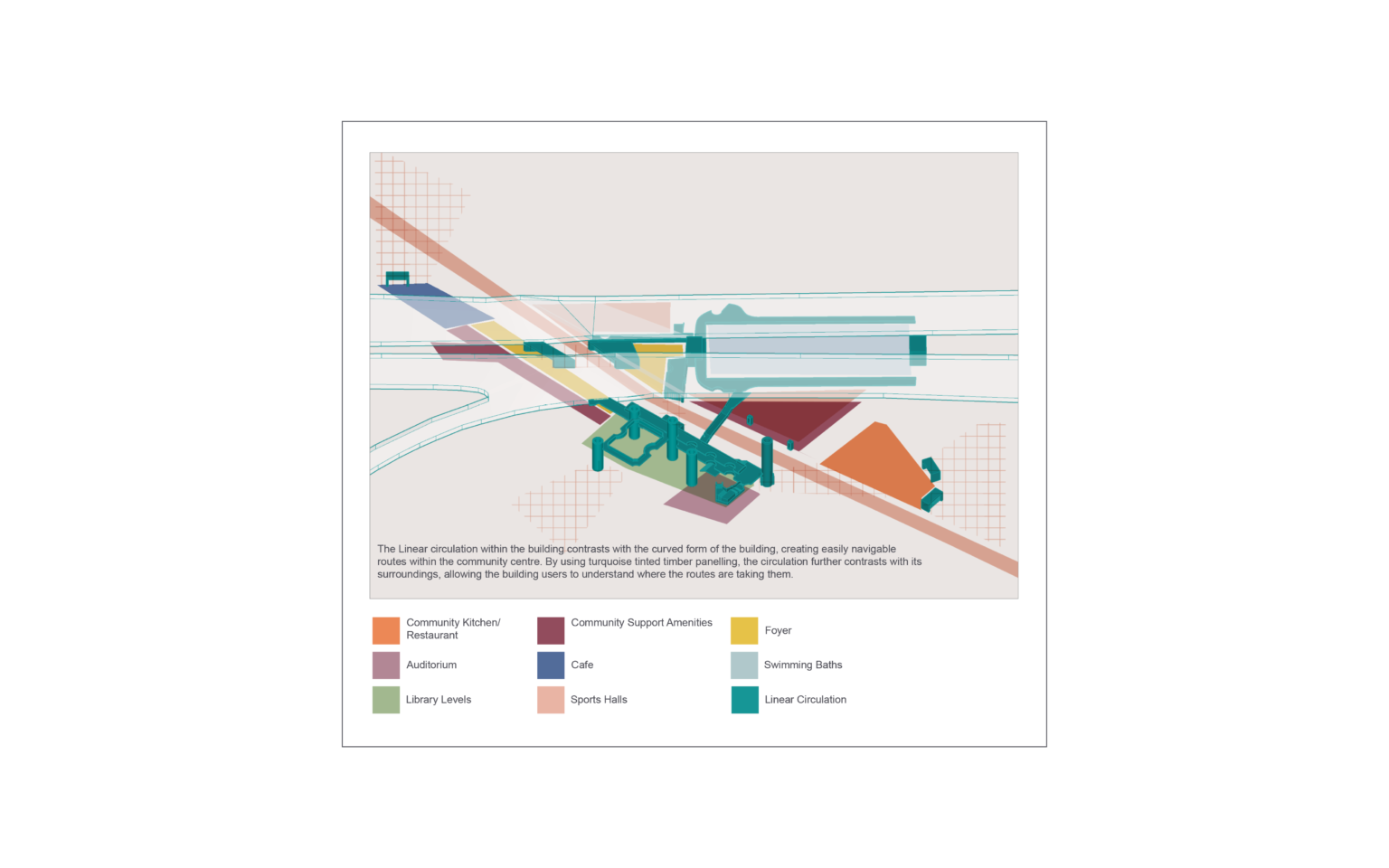 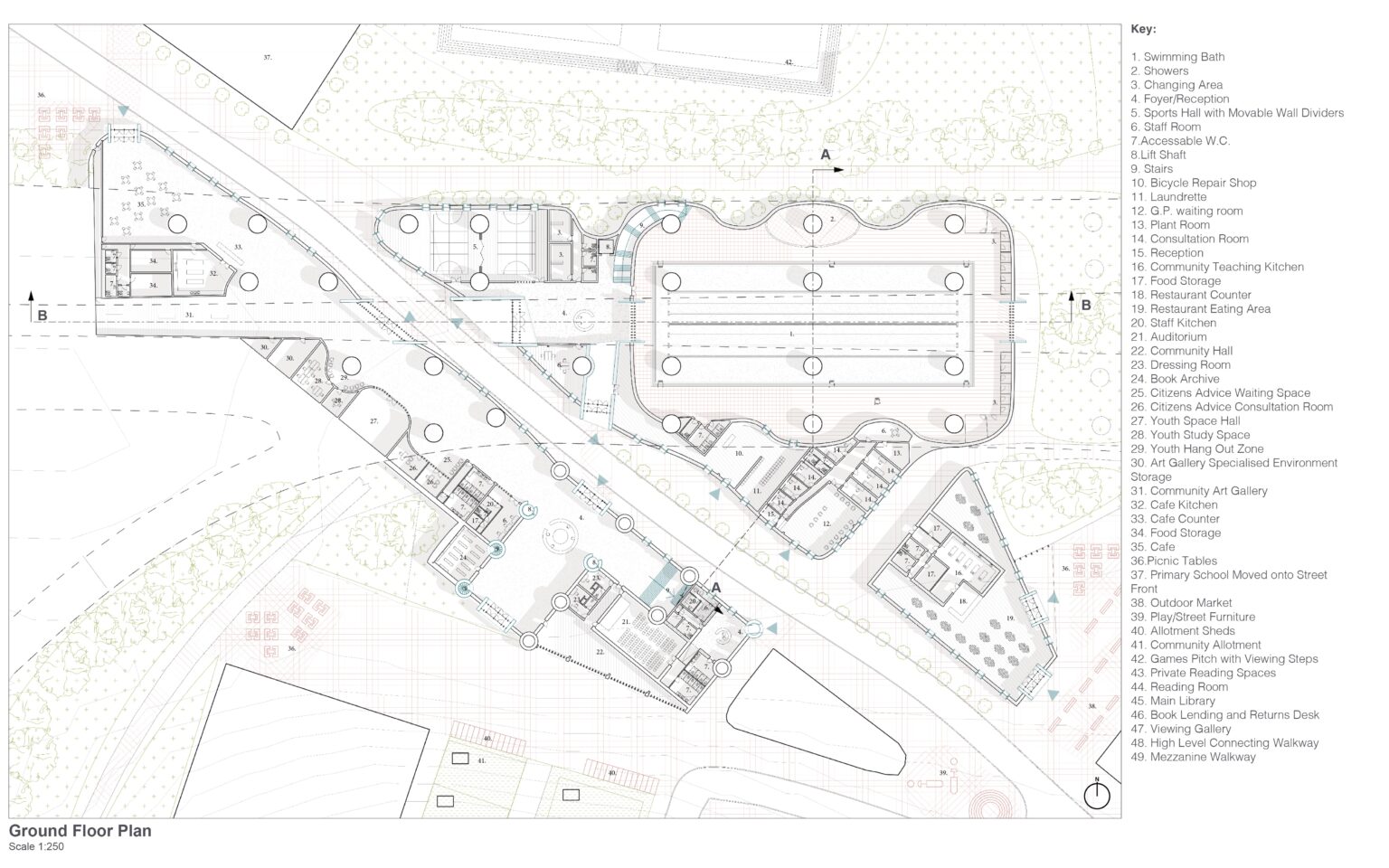 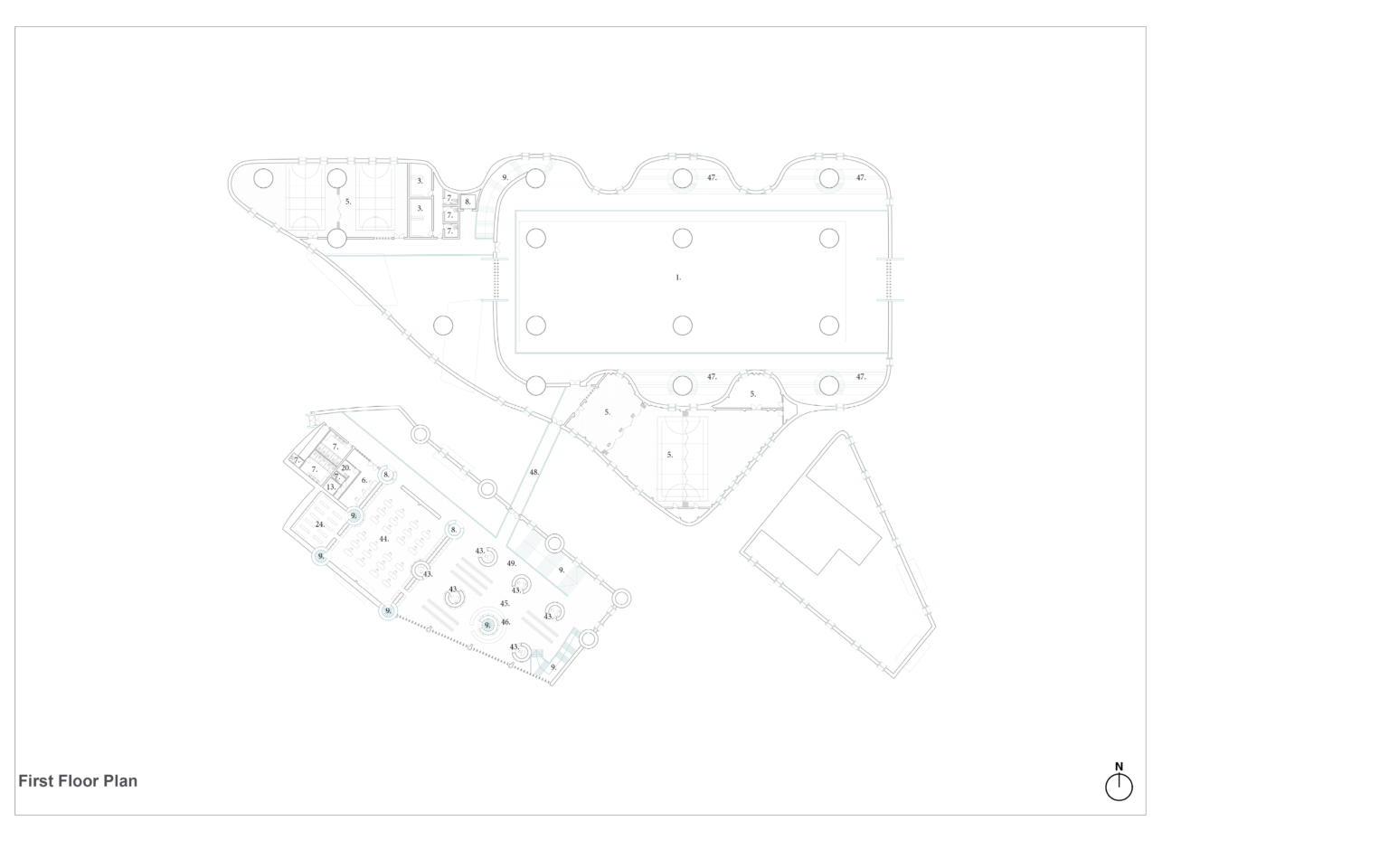 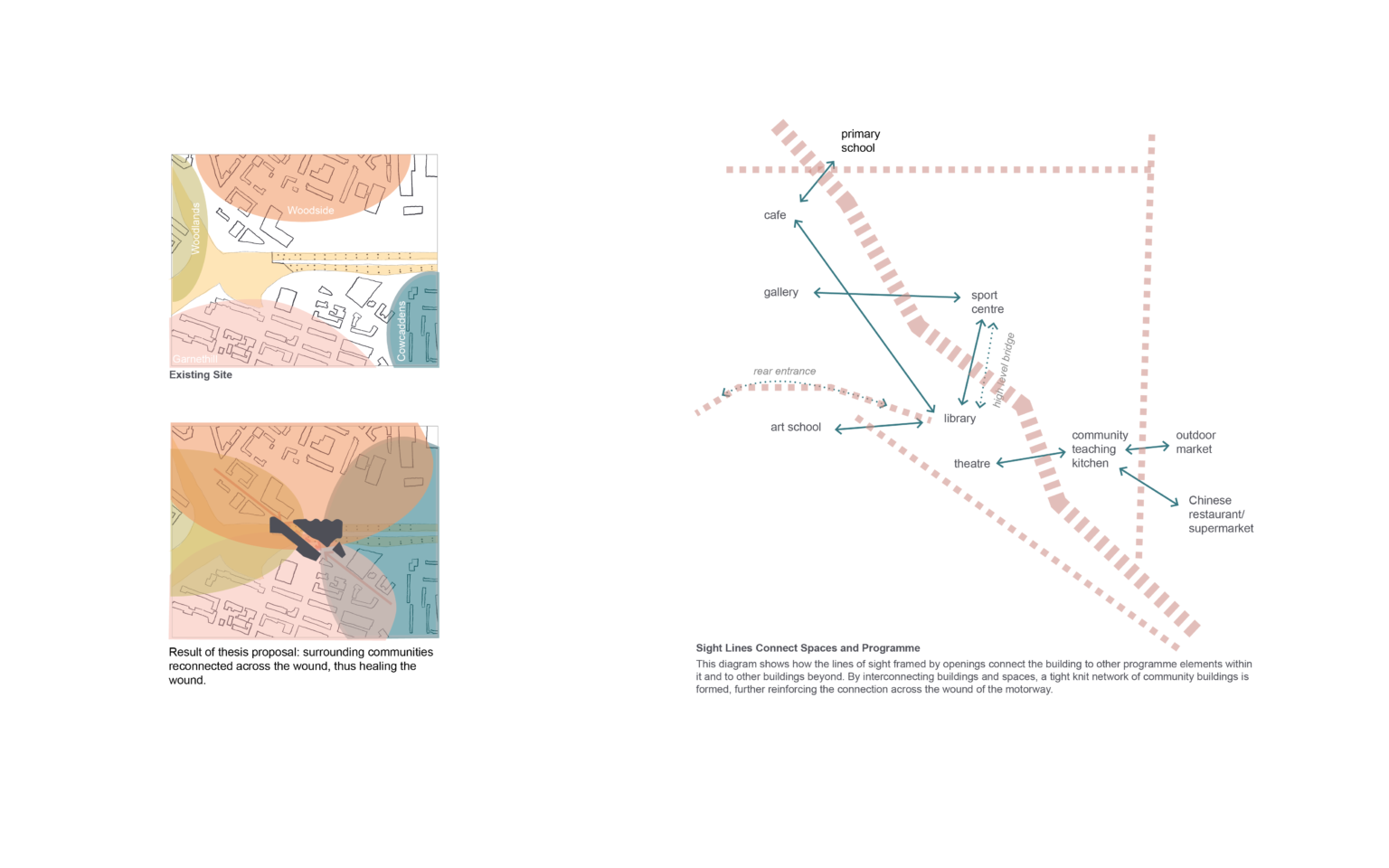 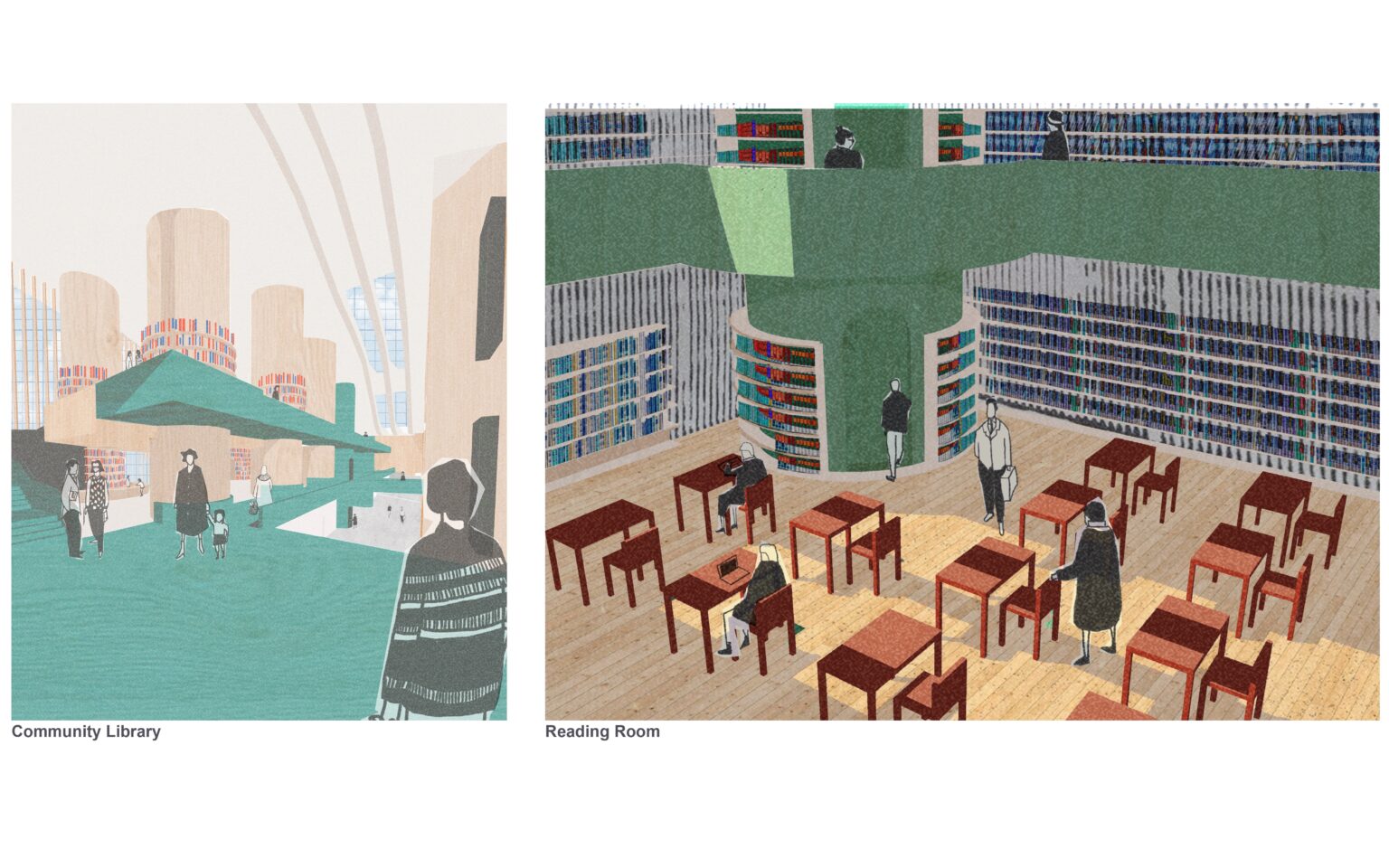 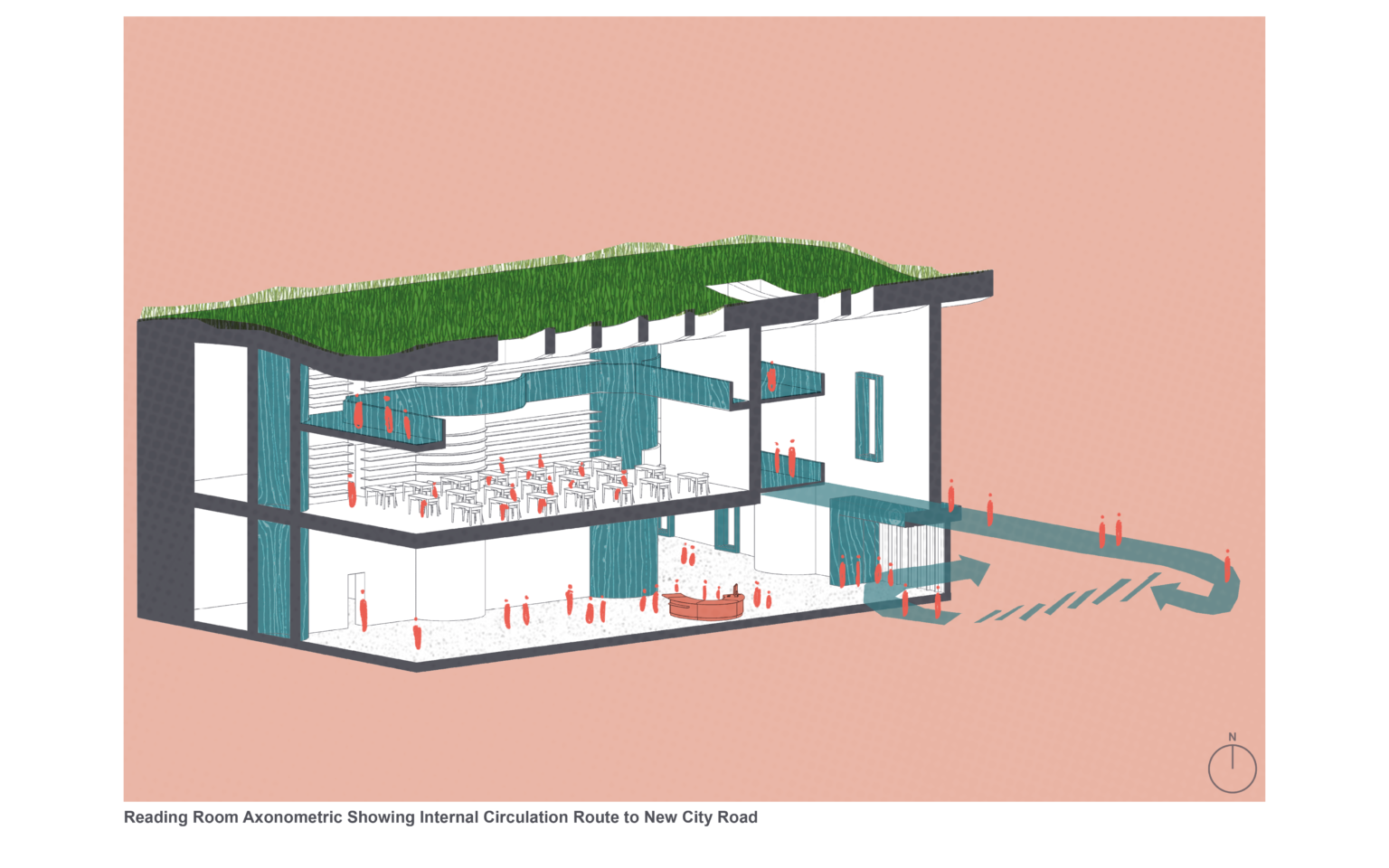 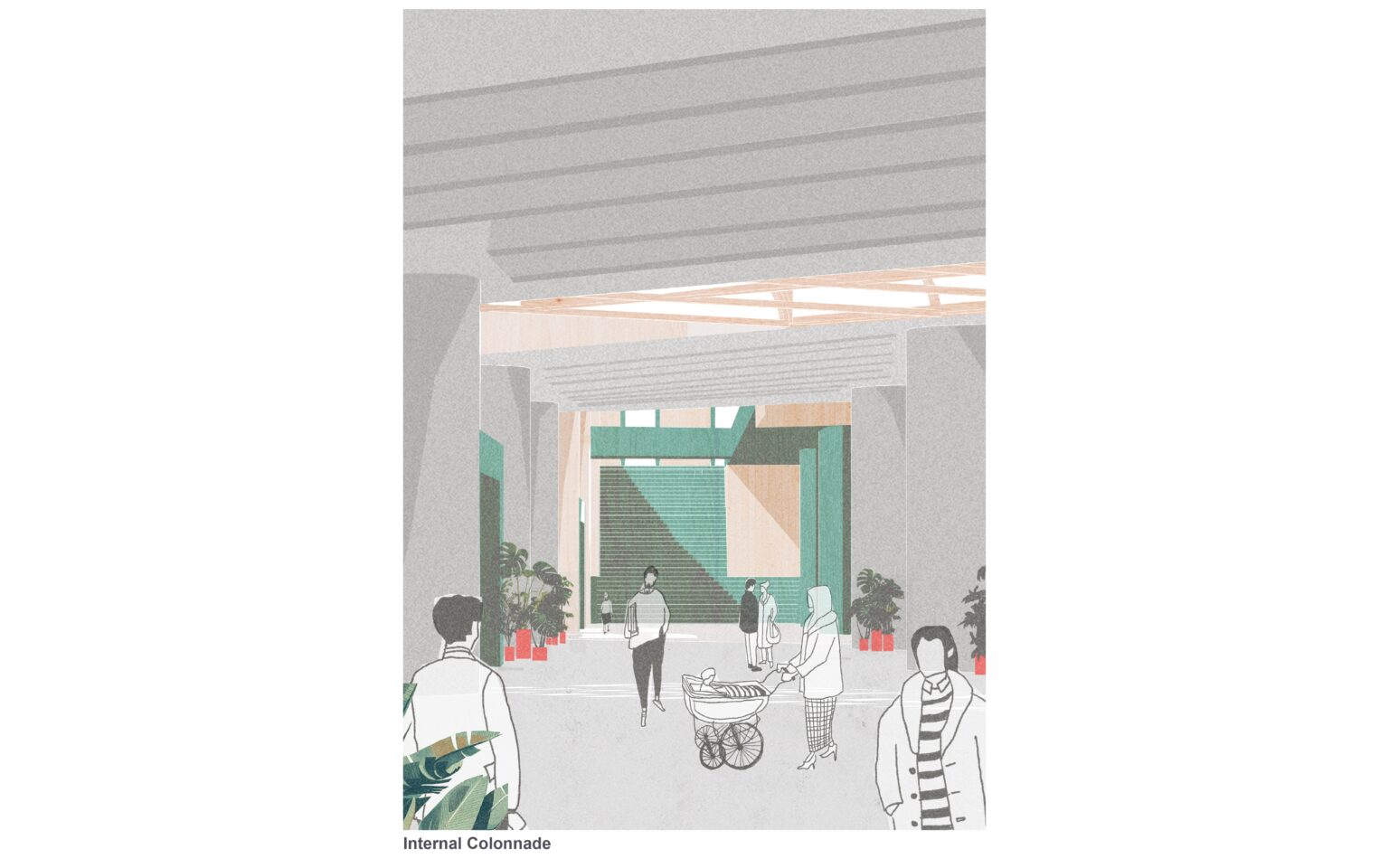 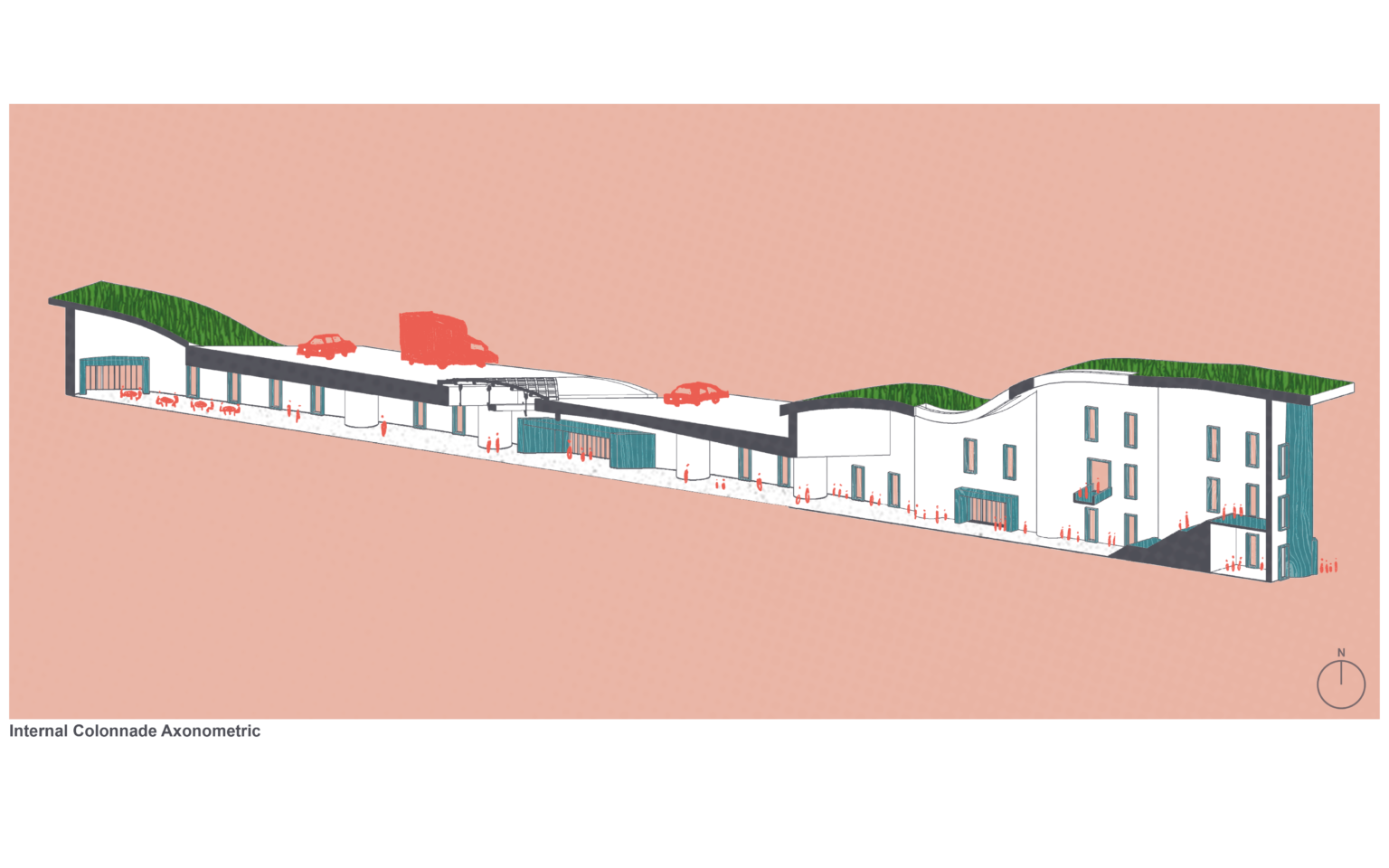 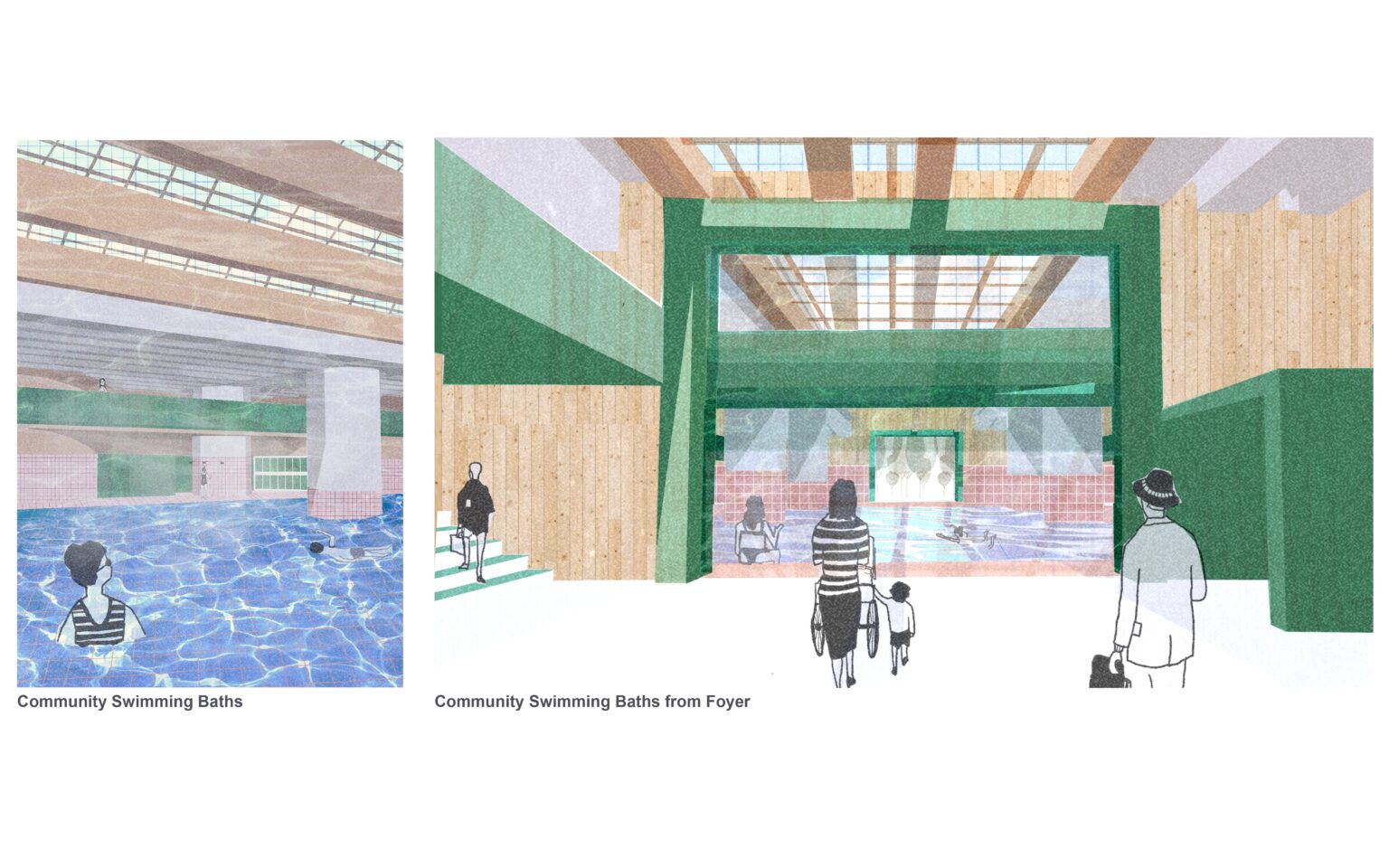 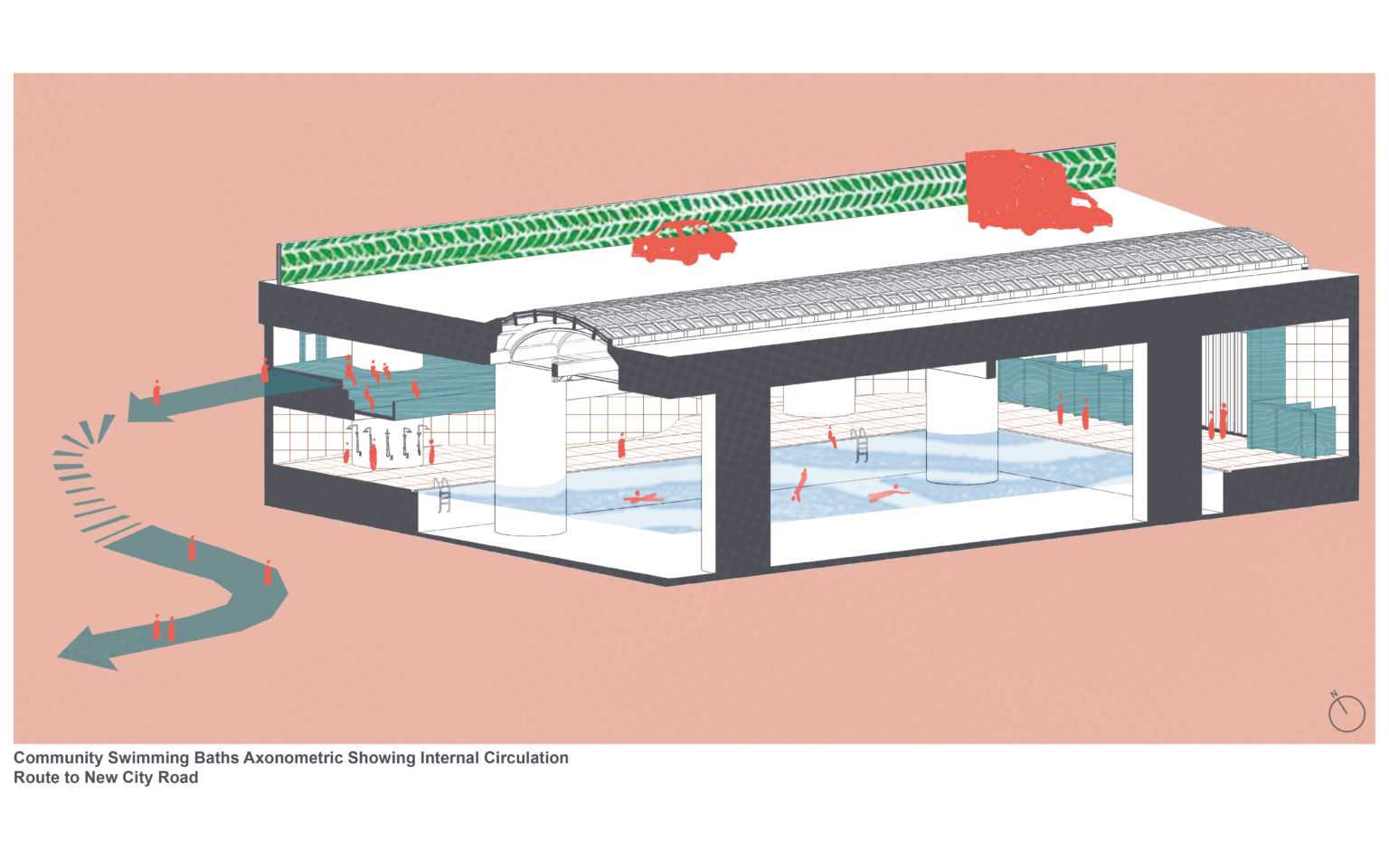 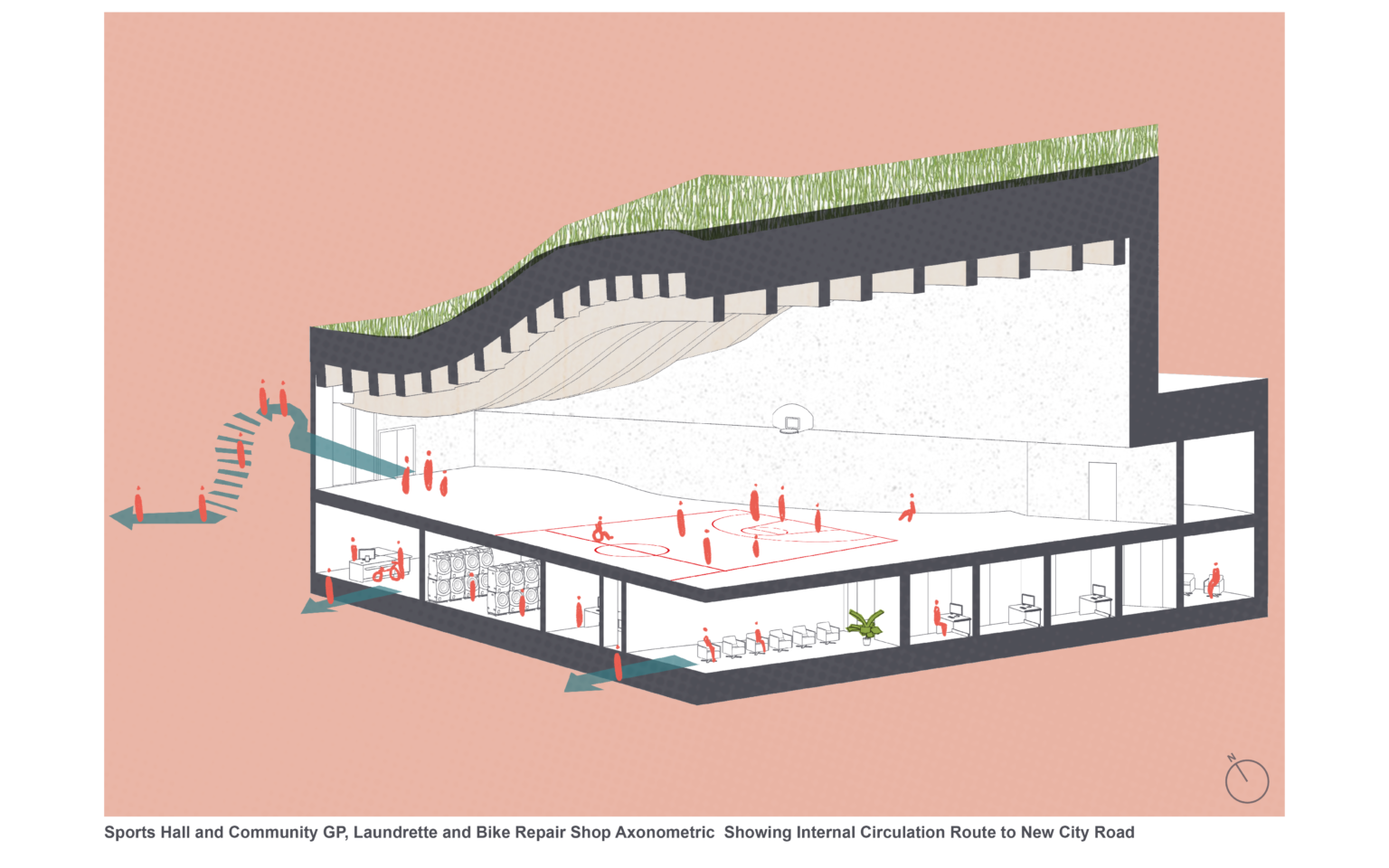 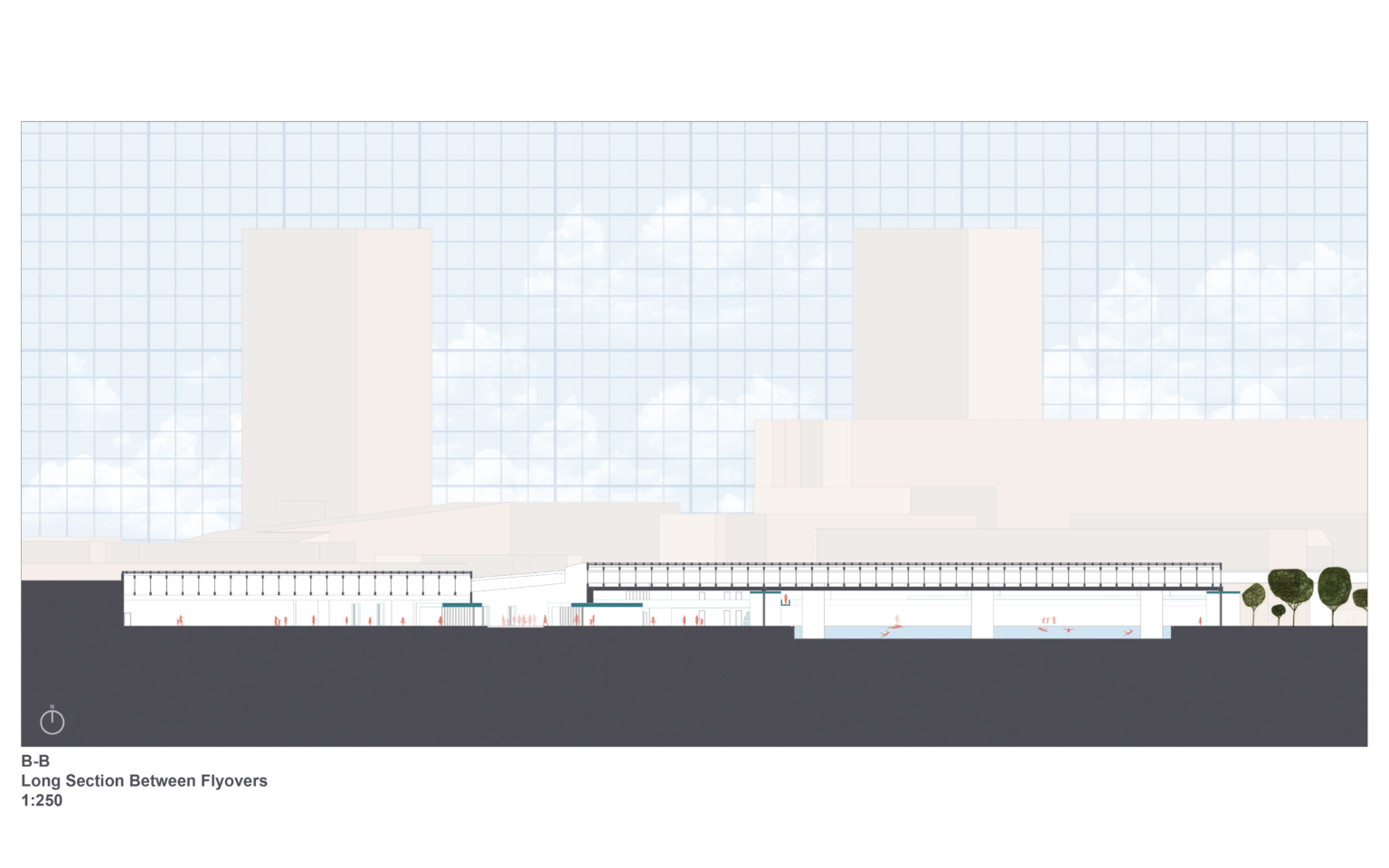 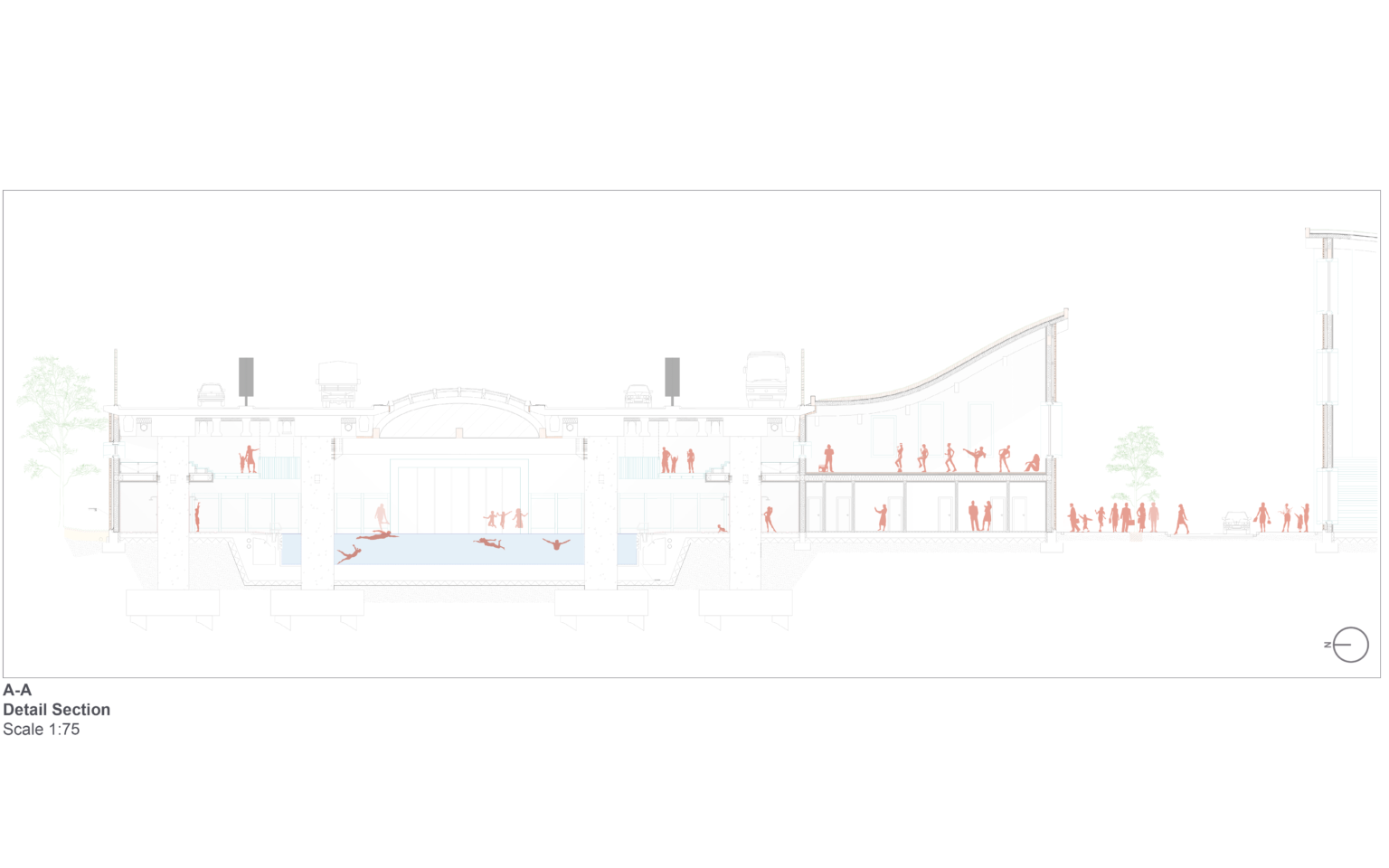 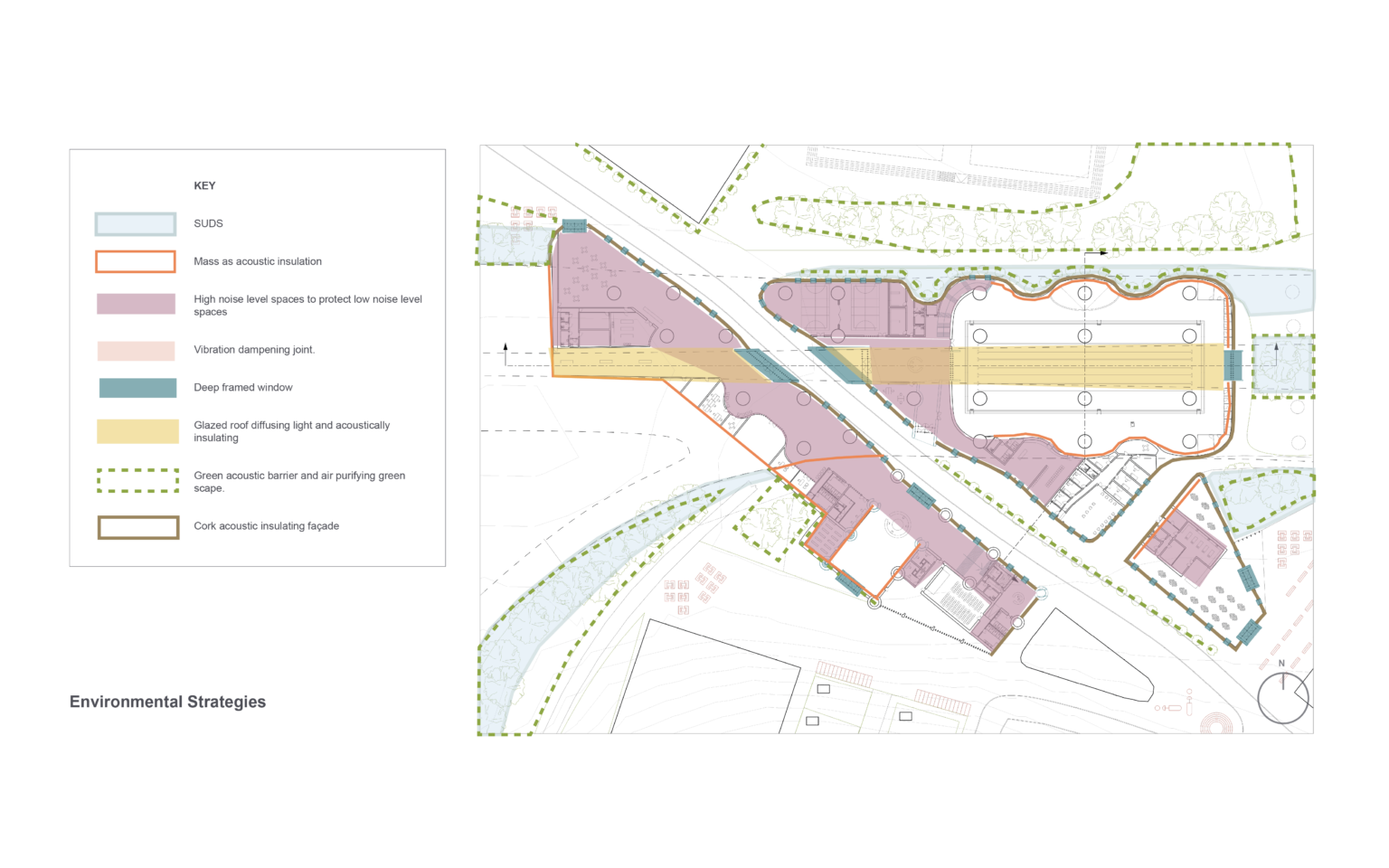 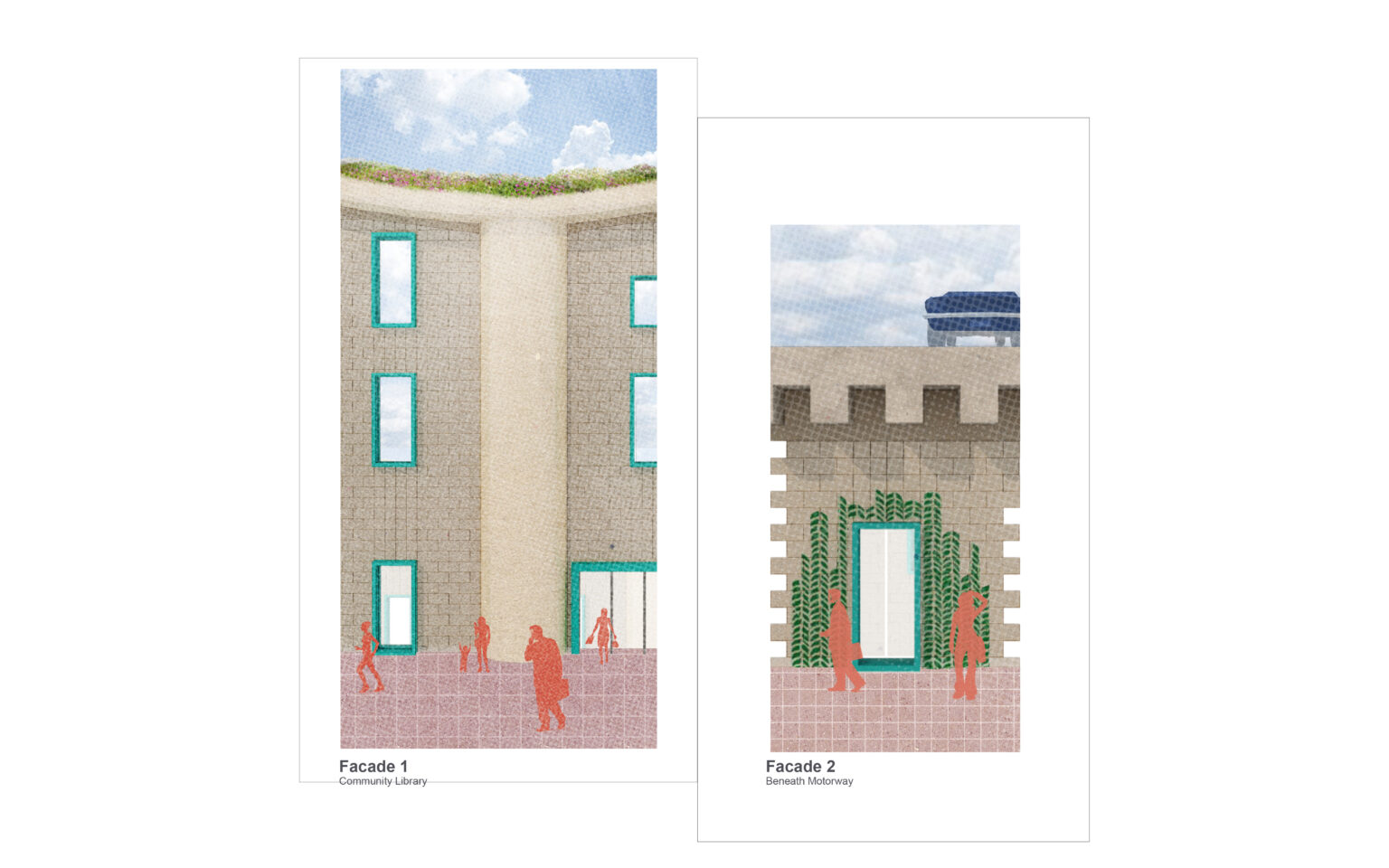