Homoheliotropism, noun, protologism:
from the genus Homo – to which all human beings belong; and Heliotropism: 1. the directional growth of a plant in response to sunlight. 2. The tendency of an animal to move towards light.

This corpus of work explores the agency of the Sun as a form of computation, migratory and spatial occupation, deity and grounding marker of evolution. In analysing its course over the horizon I attempted to delimit a physical space, a complex heterotopia to inhabit: a ‘juxtaposition in a single real place several spaces, several sites that are in themselves incompatible’, ‘foreign’ or ‘contradictory’, an ephemeral and ‘mythic’ space as Michel Foucault theorised in 1967 with Of Other Spaces. This heterotopia is delimited by the movement of my body within the geography and the topography in direct relation to the Sun’s cycle over the horizon. It is a transcendentalist approach to the Sun as a pulling and regulating force, dictating our lives and our noise pollution, that is of awaken society. Literal etched pathways of (homo)heliotrope movements, this heterotopia solely exists as a by-product of its performative, computational and poetic layering, offering new approaches and instances to apprehend the geographic-volume, the corporal-humanist and the material-plastic. 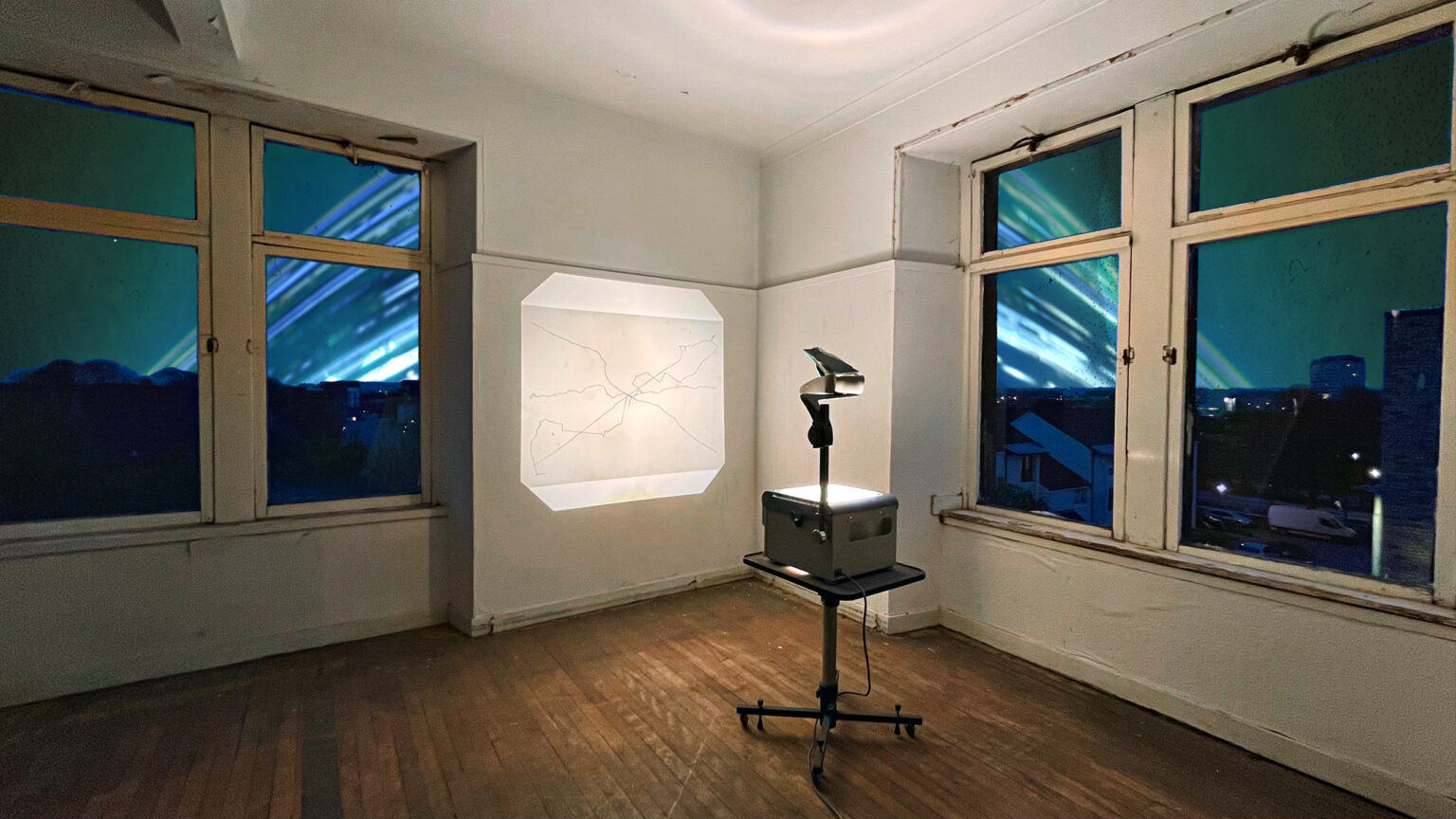