The relationship between labour and domesticity in Calton has evolved over time, as the long-established textile industry gradually declined and the historic urban realm eroded as a consequence.

At its peak, in the mid-late 19th century, the thriving textile industry attracted many poor working class people to Calton to work and live in cramped, unhygenic urban conditions (with people often living and working in the same rooms). Four-storey tenement buildings were constructed to house the workforce in urban blocks, in amongst factories, warehouses and work spaces. As a result, Calton developed a tight-knit urban realm with a strong sense of working-class identity.

However, mechanisation and overseas competition caused the textile industry to decline and dissolve, leaving the overcrowded, poor quality housing to gradually fall into disrepair until much of it was demolished in the 20th century. Much of the population was re-housed in new high-rise developments or re-located to New Towns, as Calton became a patchwork of vacant plots and new-build low-rise, insular, suburban developments. The Barras re-emerged as a mercantile quarter, devoid of domestic usage, with a much eroded urban realm.

Restoration of the historic mixed-use urban realm will drive long-term social sustainability within the Barras and Calton, initiating a renewal of local identity. Existing labour infrastructure is strengthened by carefully introducing new high quality housing typologies and labour accommodation that is carefully tailored to suit the demographics of local residents, regardless of social or economic standing. In doing so, the Barras will resist the common trend of gentrification of post-industrial areas that results in urban homogenization and economic pressures imposed upon lower-income residents. 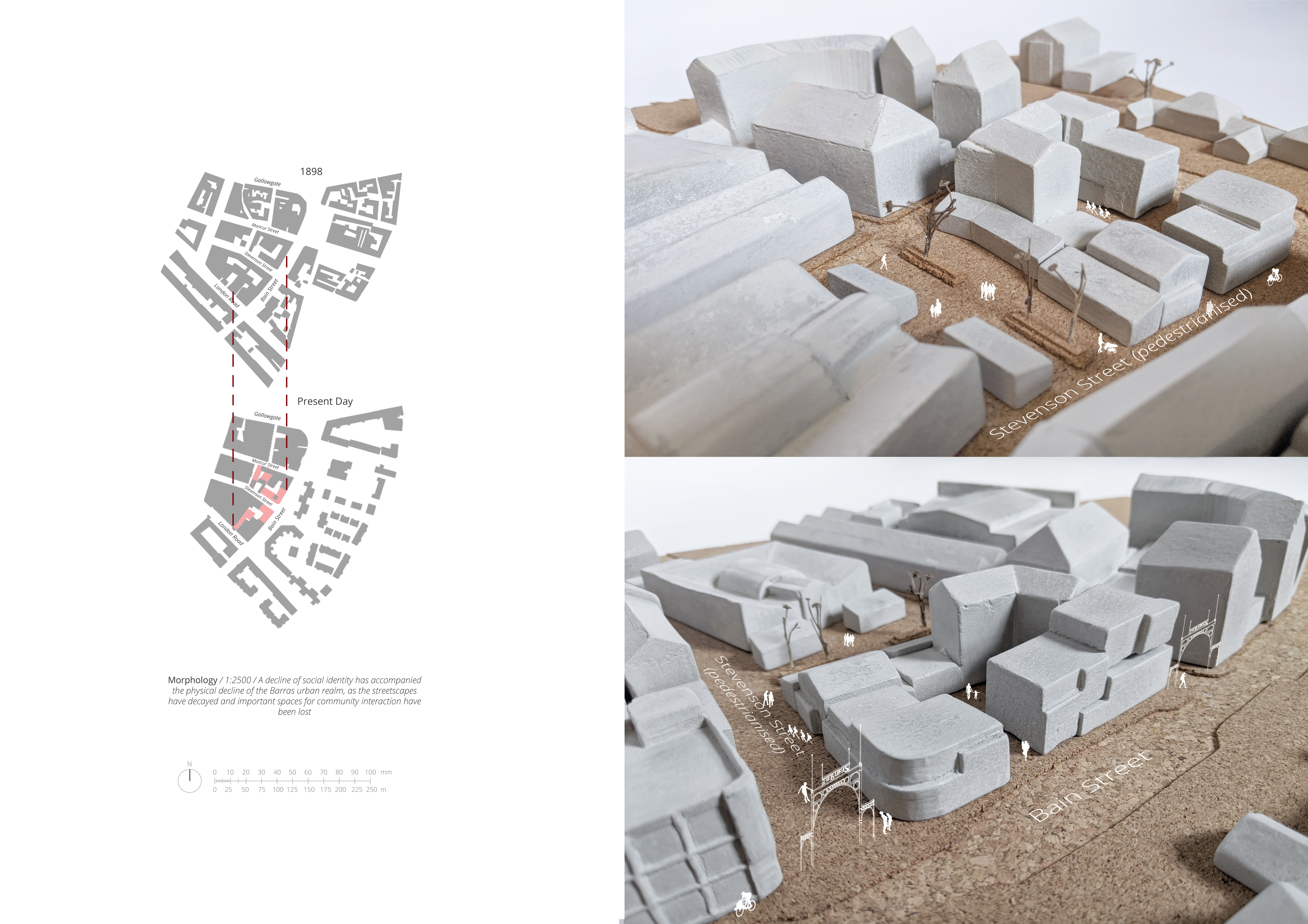 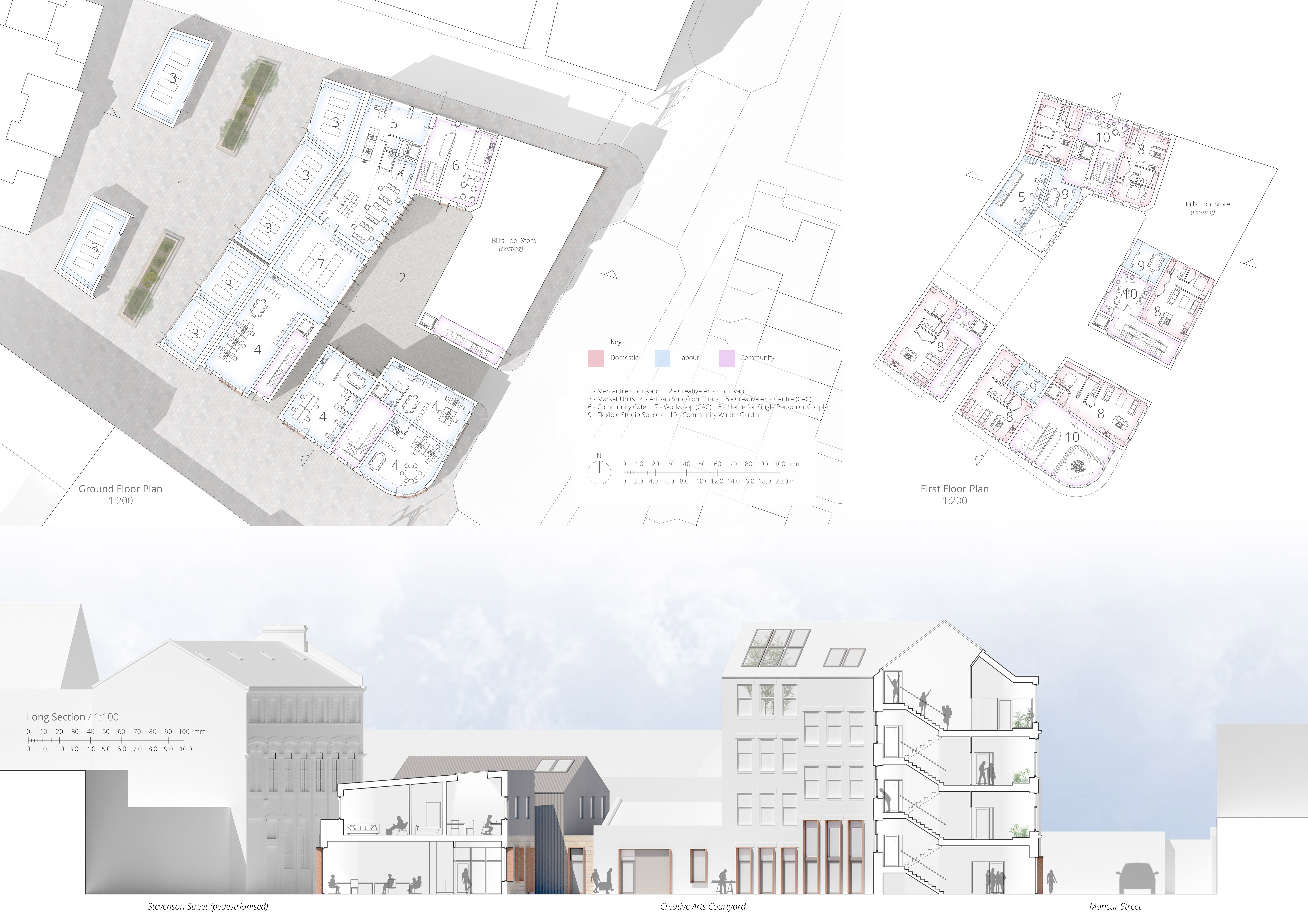 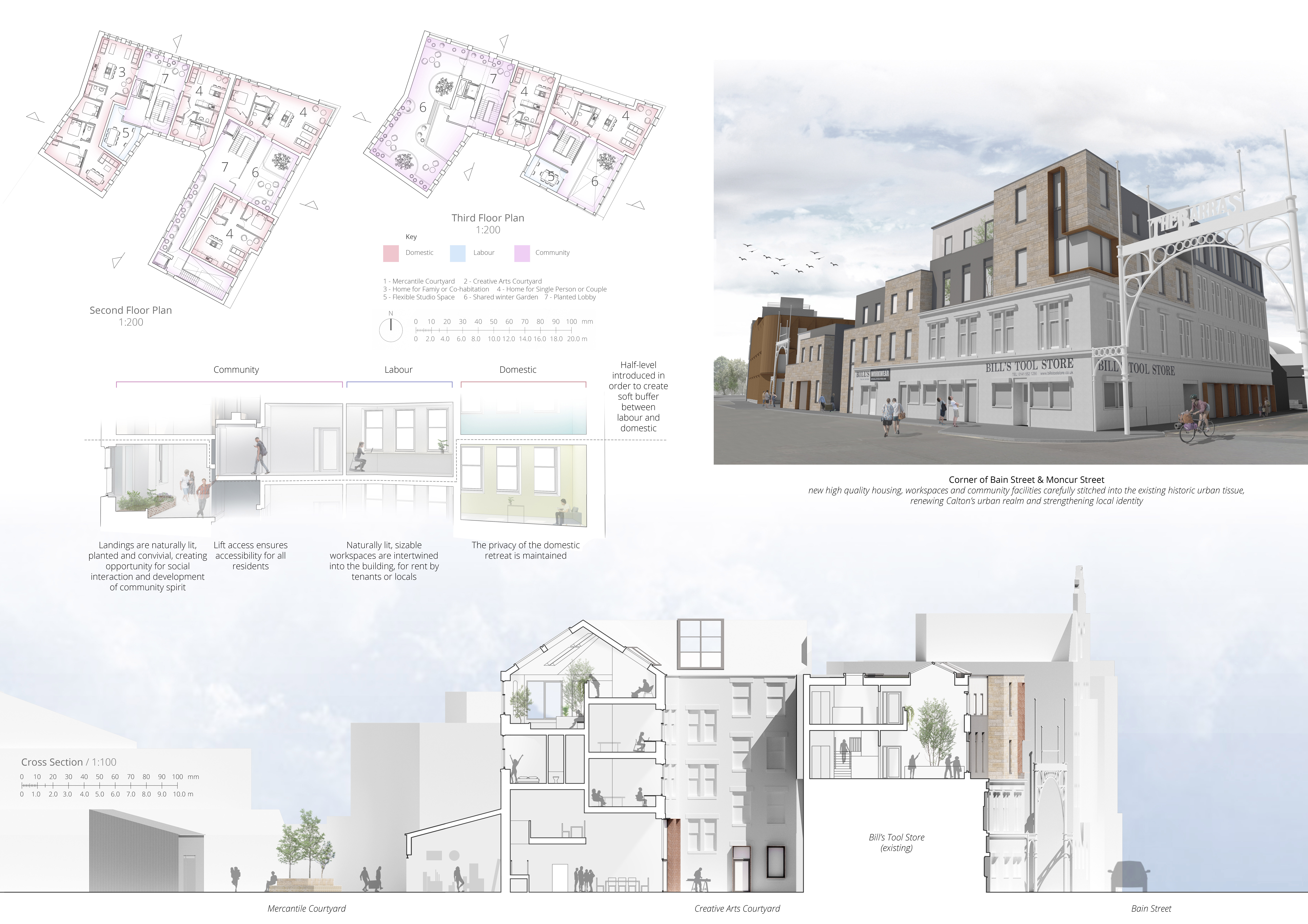 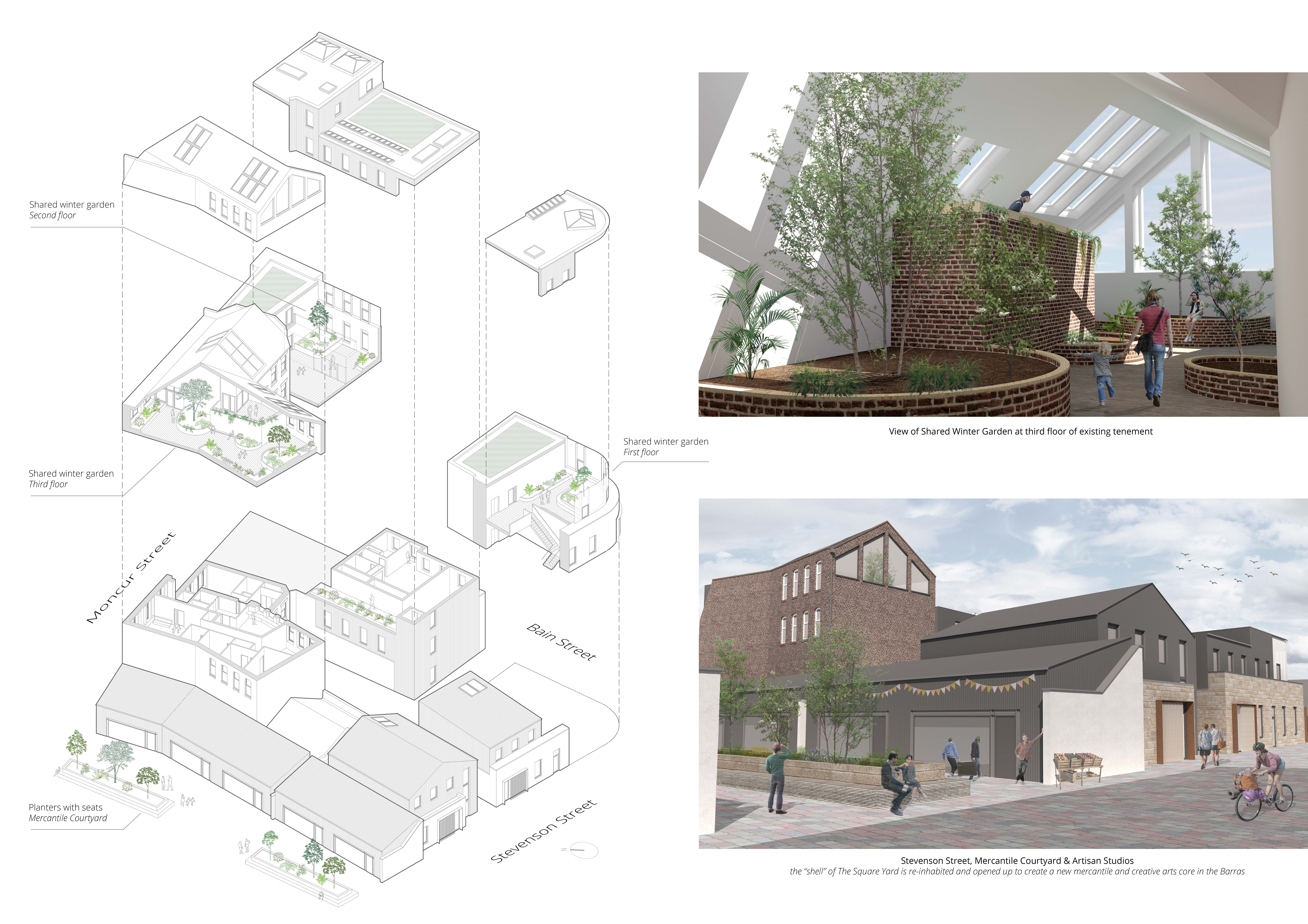 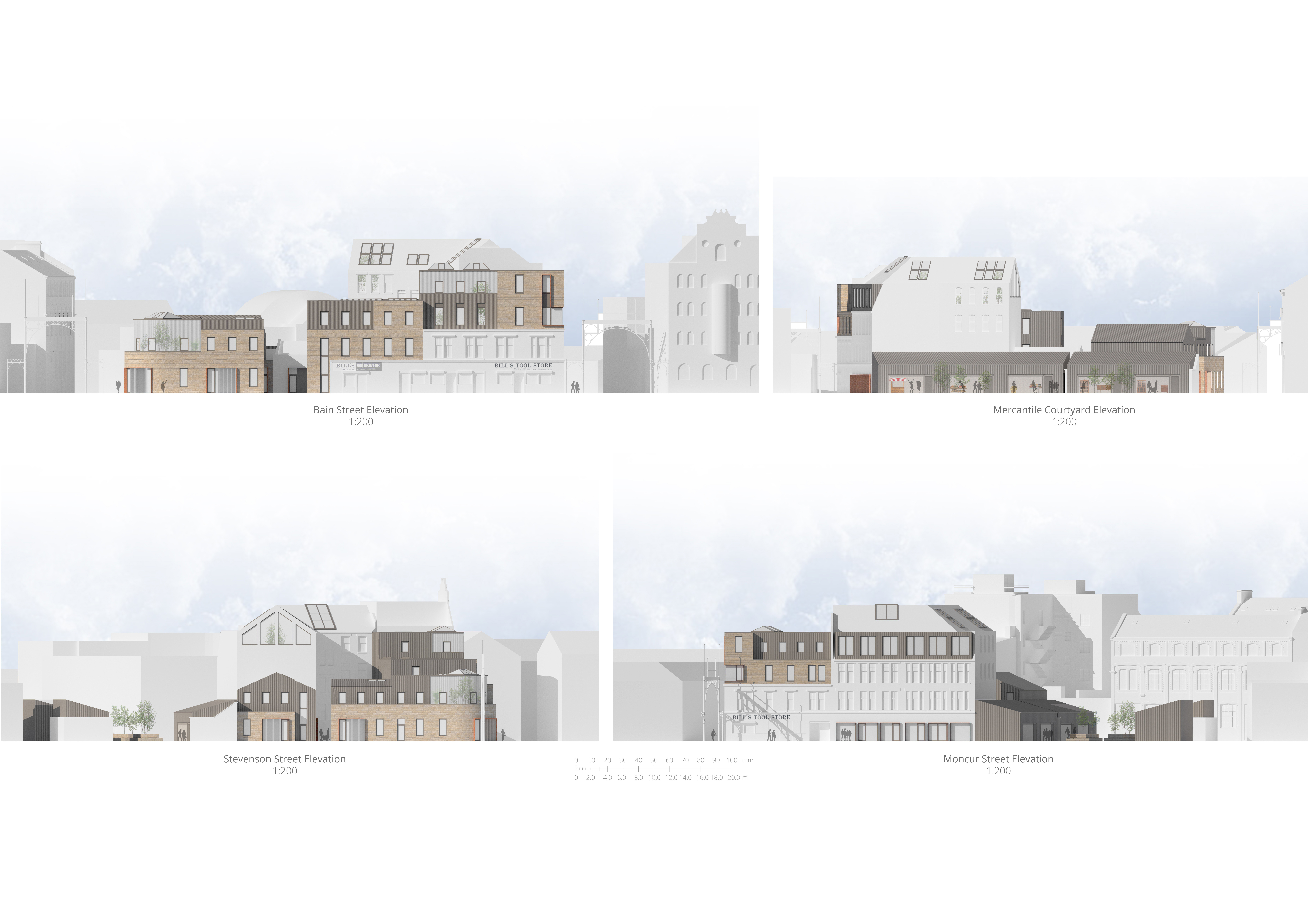