My project focuses on the narrative of the Kappa featured in the novel by Ryunosuke Akutagawa. The Kappa is a mythical beast with the mouth of a bird, a monkey’s body and a tortoise shell. The narrative promotes values of co-existence and tolerance in society. Though some people still believe Kappa exists it is seldom seen.

The Kappa has a playful nature and likes to play pranks on humans. Some ancient documents depict the Kappa as a water elf, worshiped as a sacred river beast. As the belief in Kappa folklore diminished depictions of the Kappa evolved to those of a monster. My project explores the Kappa as a metaphor for ‘otherness’ representing those on the peripheries of society. 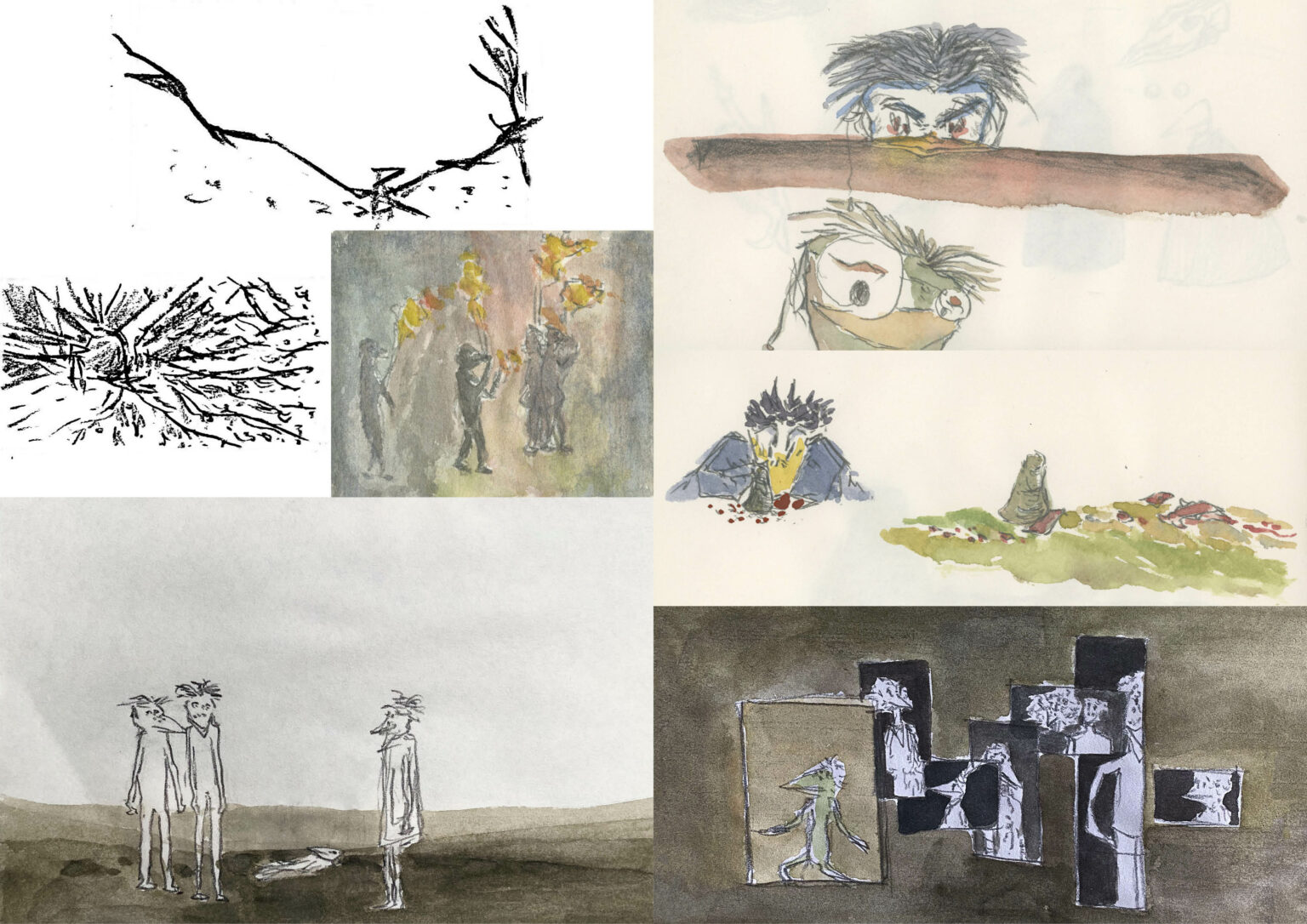 It said there is a creature called kappa, which is similar to the human. On a heavy snowy day, I climb on the mountain to collect ingredients. I see a kappa accidentally, follow him into a cave. I fall down to the bottom, find myself lying on the floor, surrounded by kappa. Chack is an inhabitant of the Bitu, neighbor patient acquaint with him. He wear a white coat, treat them in his client. Chack got a piece of dragon fish scale, grind into medicine.
1 of 4
Previous Next
Close 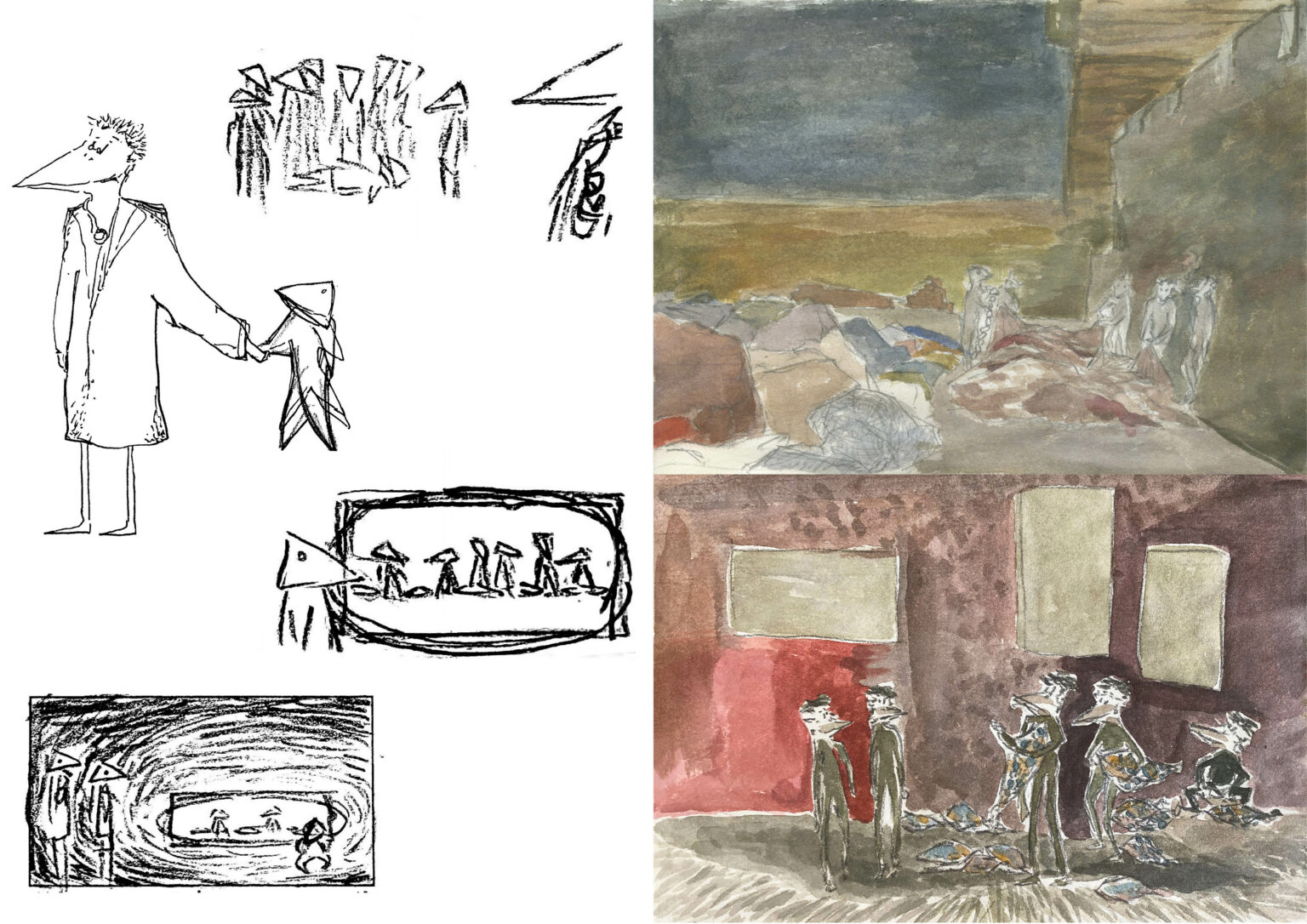 Several kappa looking at me, the kappa with a white coat takes me to his home. It is doctor Chack’s client, family portrait hanging on the wall. I observe the crowded fish market through window, overhearing his friend talk.
2 of 4
Previous Next
Close 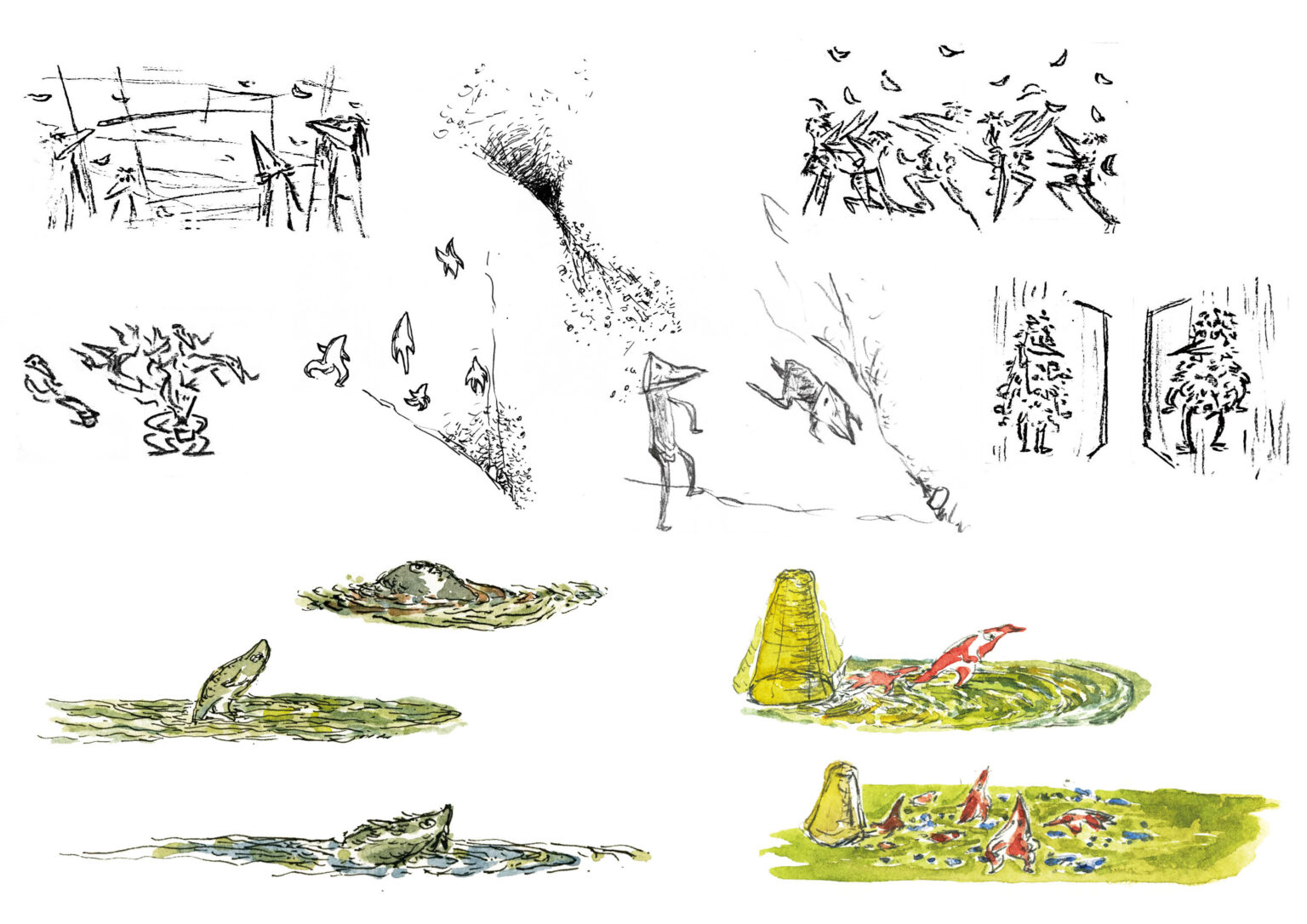 A storm with fish appears. Tock notice that something will change. Fish fall everywhere, Gael make the fish into can, sell to kappa. Kappa who eat fish addict on it, have scale and feather out, become variation and transparent. Fish melt, walk on the street.
3 of 4
Previous Next
Close 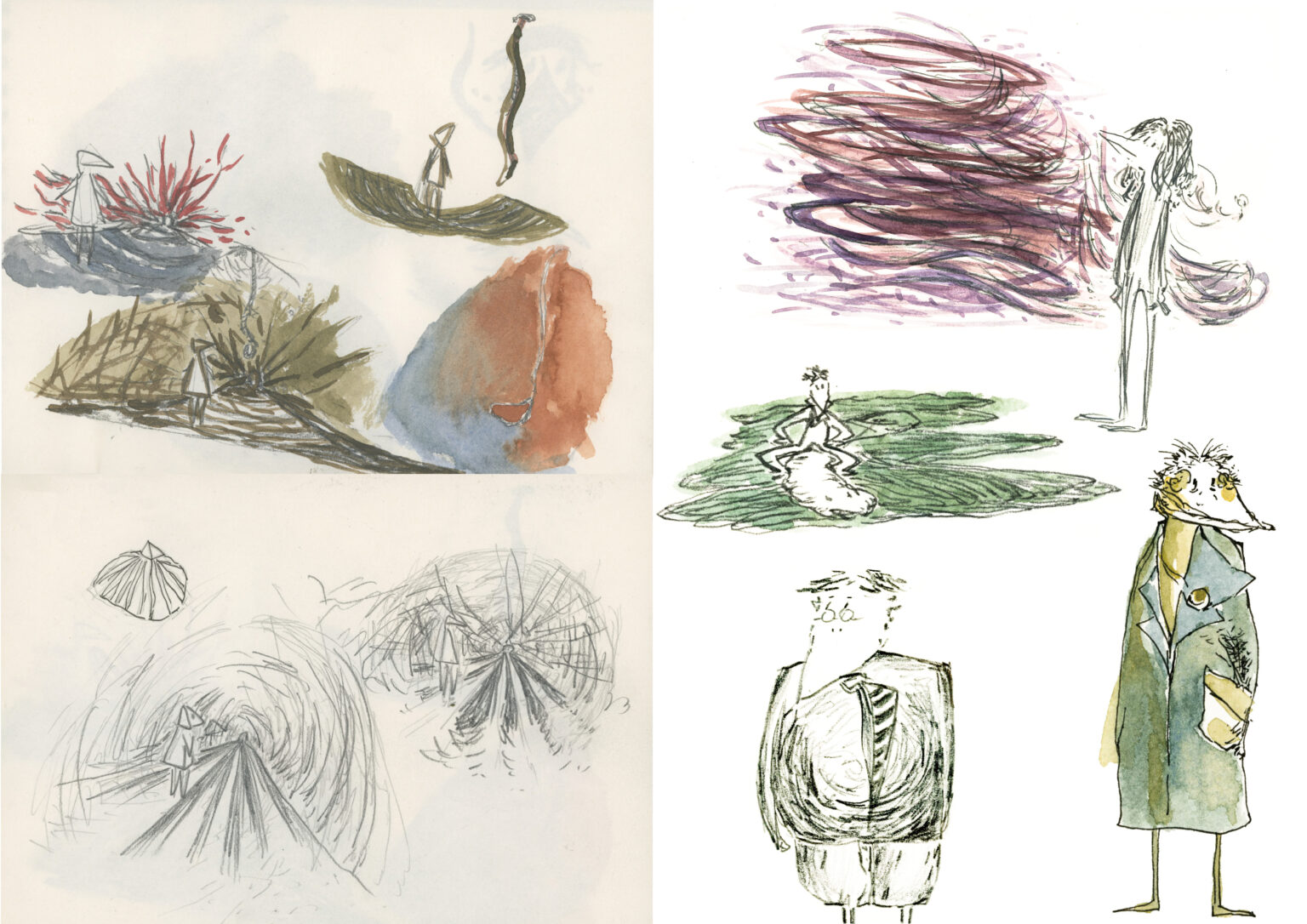