LANDSCAPES OF ACTIVISM : A piece of urban dialogue

There is a natural imbalance developed by the centrality of the Glaswegian institutions, in comparison to the myriad of local communities populating the urban areas of Glasgow. The thesis investigates an urban and architectural response to this, and seeks to balance the scale with a Civic Forum as a platform to generalise civic participation through a highlight of the spoken word.

This forum, based on the Antique model, is a multifunctioning open public space, a place of politics but also everyday life. This dedicated room has a specific place in Glasgow: at the crossroads of the north-south and east-west routes, centremost point of development of any city. Here, this takes place between Buchanan street and Argyle street, where nowadays stands an embodiment of consumerism : Saint Enoch shopping centre.

Though it was not always the case, as this site has ties to the creation of the city : trade has always made it live, and the train station developed in its later years transformed it into a node, reaching the whole country. The thesis seeks here to reconnect this site through urban routes, highlighting both this revived activism linked with Glasgow green, and extending its connections towards the Clyde.

Finally, I would like to draw a parallel between what that site was, a significant public space as much as a public figure, a standalone in the city, dispersing people through the tracks and what it could be, a Civic Forum, forging new links in the urban landscape, and disseminating ideas to the whole of Glasgow. 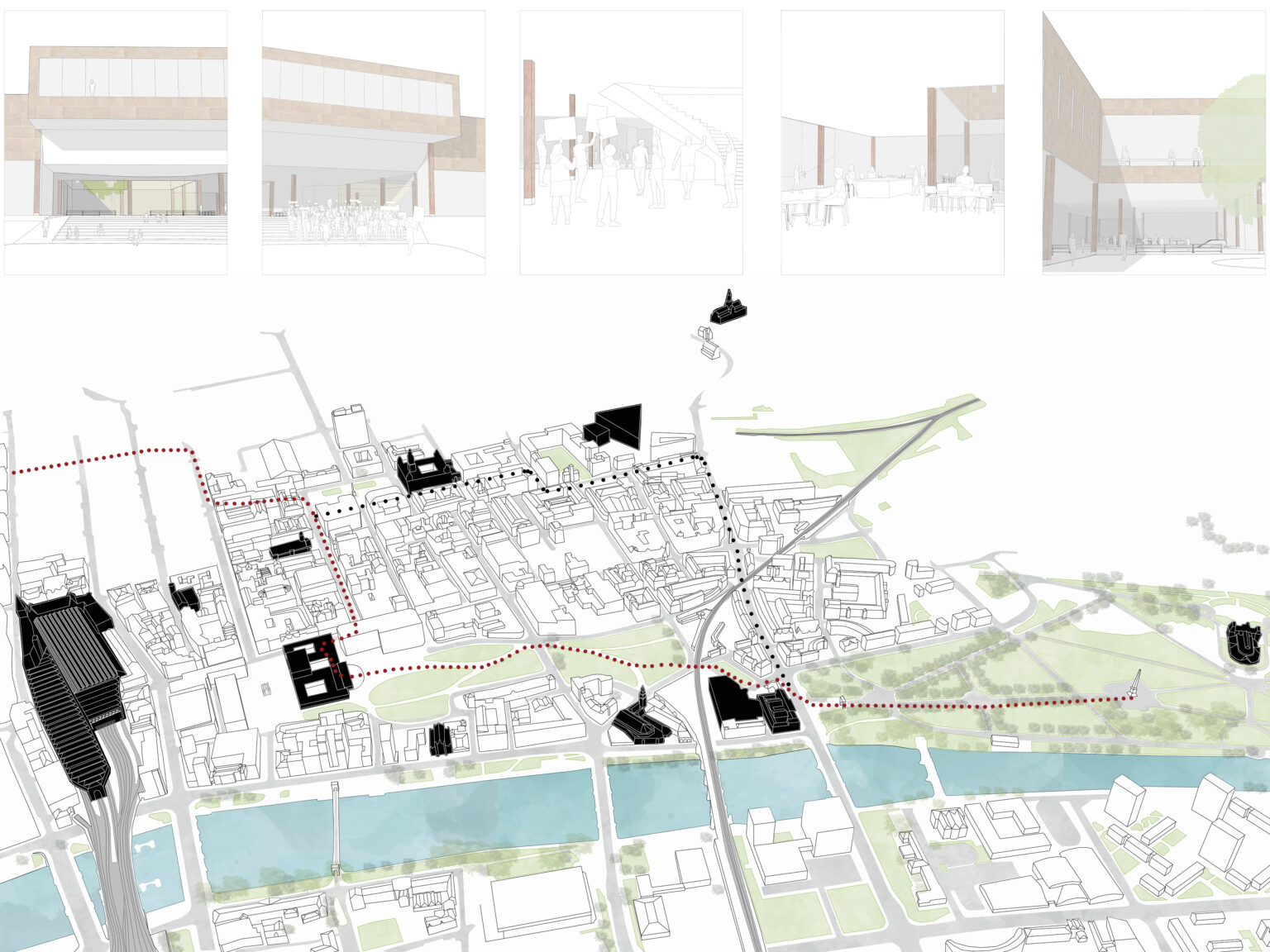 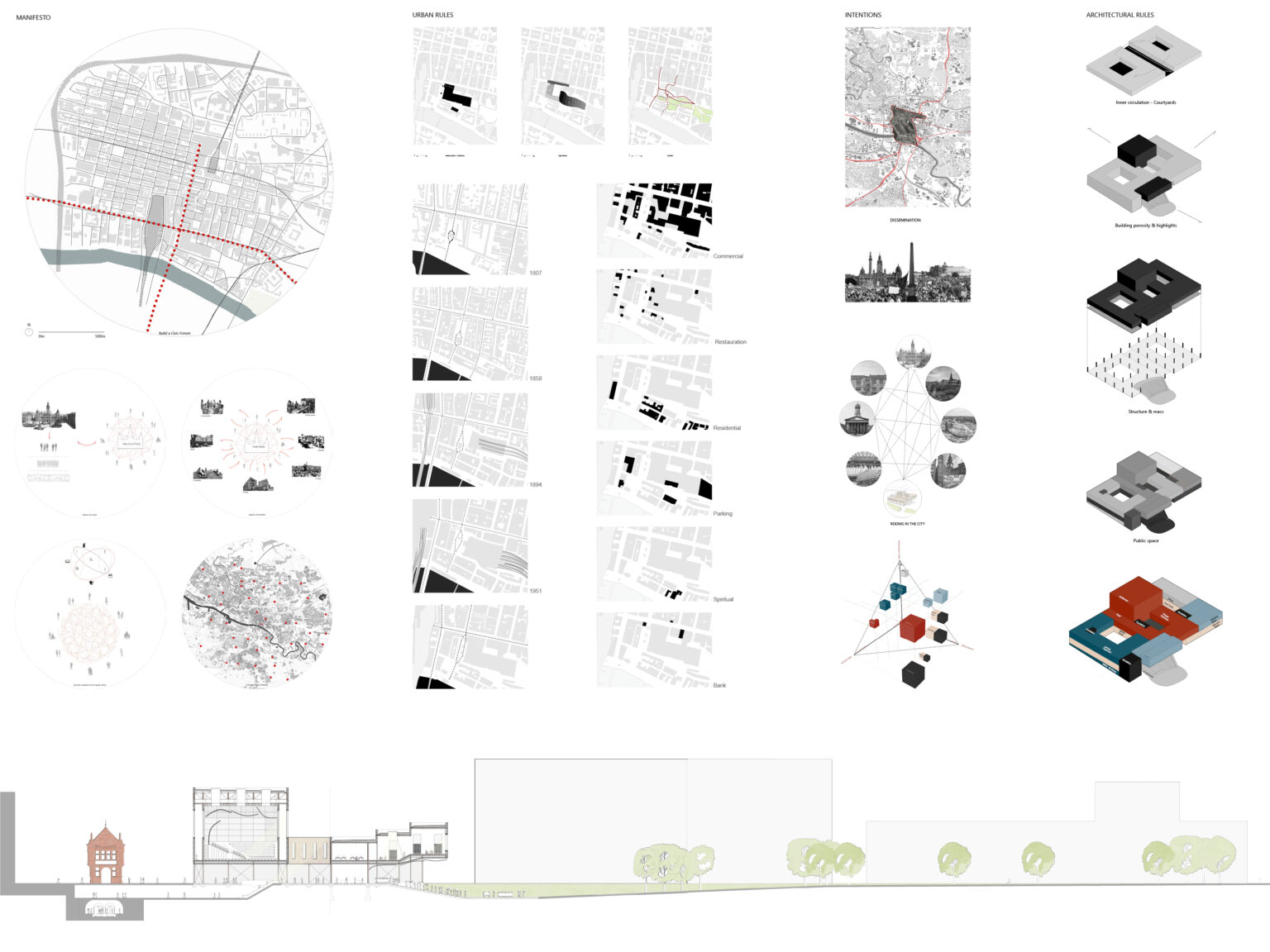 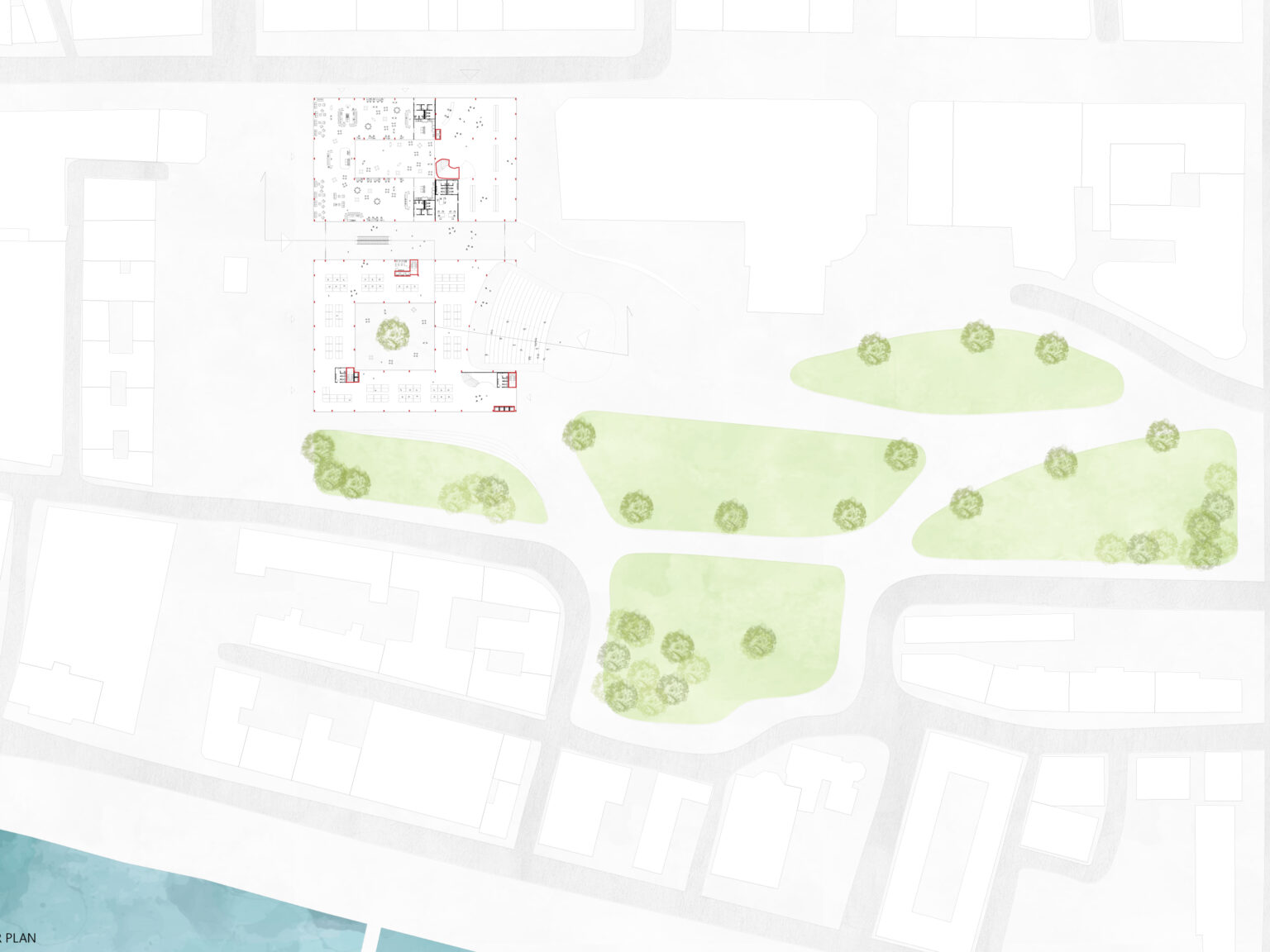