Through studying the immersive techniques Stanley Kubrick adopted in his cult classic 2001: A Space Odyssey, I found there were many references I could research about the techniques used in the film both in terms of visual and sonic elements. I find the work undertaken in the ‘Stargate’ sequence particularly important due to its ability to immerse the spectator through interesting visuals and awe-inspiring sound.

This scene uses the skills of two experimental artists, firstly the visual element was created by Doug Trumbull, an animator who worked on other sci-fi films of the period. He created an elaborate setup that would allow a camera to essentially film light. I had a notion this animation could be recreated using our current digital technology. This animation uses another complex composition to direct the narrative; sitting alongside the music of György Ligeti we are immersed further, and the emotions evoked tend to push our thoughts deeper into the existential horror narrative.

I found these classical compositions to be of the utmost importance in terms of driving the sequence. Ligeti coined the name ‘micropolyphony’ for the particular piece we hear, making use of a large orchestra, layering different lines of dense canons resulting in rich vertical tone clusters. Further research demonstrated that modern digital audio workstations allowed me to program the same theory Ligeti uses in his compositions to give a similar effect using Spitfire Audio’s BBC Symphony Orchestra.

Taking influence from a statement made by Ligeti regarding his own attitude to musical composition “creating something that already exists is not interesting to me. If something has been tried out and a result has emerged from it, it is not worth making the experiment again”, I decided to apply his theory to generative techniques I had been investigating, aspiring to create something different.

The resulting compositions are so far away from the field of music yet feel relative to the chaotic procession of images, colours, shapes and endless falling towards the infinite and thus create a musico-visual experience. Adopting an autonomous mindset in relation to all aspects of the work, we have an infinite Odyssey inspired by the experimental minds behind Stanley Kubrick’s cult classic 2001: A Space Odyssey. 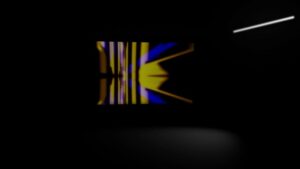 The artist devised a simple virtual concept to display the work similarly to the initial Panavision cinema screenings. 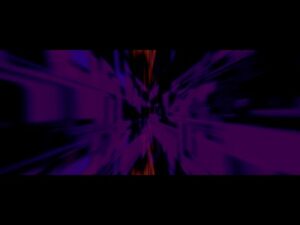 The artist's Youtube stream where he will update the concept and test new iterations. 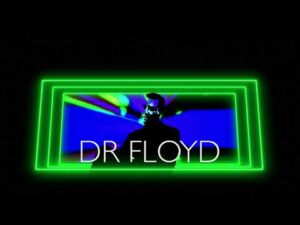 For Sale:
3 of 3
Previous Next
Close