This project began as an opportunity to revisit a video that was produced prior to the starting point of year one in university. The video’s specific idea was an outcome of working at a jazz bar in Glasgow. During the pandemic, in order to create an ongoing flow of content and buzz about the club, I made a suggestion to film and edit these artist insight/short documentary style videos to gain a ‘behind the scenes’ perspective of the musicians’ habits and influences. Among these musicians was a drummer named Alex Palmer, who I decided to base my DYOP on. I was beginning a course that involved a lot of post-production audio, so I considered this opportunity as dipping my toe into the audio-visual industry. Additionally, it was an opportunity to start building my own working methods whilst still working alongside other creatives and professionals to reference my own habits and bounce ideas and questions off of. However, this project, majority of the time was individually pursued – which then branched out into a string of freelance videography client work.

The revisiting of this artist insight with Alex, then became about showing the development and style of editing, yet also showing certain aesthetic and stylistic choices that have become apparent throughout all the work that I have produced. Although I wanted to showcase my ability to film and compose a shot, the pacing of certain shots and how they connect or conflict with the movement and or texture against the opposing, was another factor I wanted to explore. Alex’s drumming ability is varied and spreads throughout many genres, which in itself opens up the type of filming and frame rates to consider when approaching the filming dates 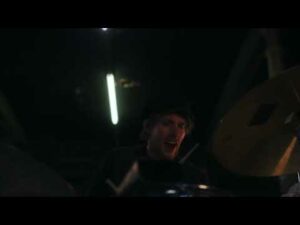