As commuters transit past the gantry and into the passageways, the boundaries between the living and dead are further blurred within the ‘Third Space’. Drawing back to rituals, we interact with the spiritual through smoke. We attempt to interpret supposed cryptic messages within the smoke, communing through the ambiguous. I took a deeper look into how the local urban shapes the perceived deathscape within the station. As we disguise both the physical and spiritual in an attempt to ignore the spiritual, we are in turn validating their supposed existence through the notion of ‘half-belief/ half-doubt’

In the present, urban myths are one of our last connections to the dead, often taking on a more sinister tone. In current society, we have tried to remove death from our lives. In his webinar, Terence Heng talked about death denial or avoidance within our society, with social media desensitizing it. Many rituals and duties towards our ancestor have also been ‘outsourced’. Overtime, these rituals and beliefs have lose their impact and power. However, urban myths remains, ‘scaring’ us into belief. This passageway remains as a reminder that death is present in our everyday life, as we transit through the ‘Third Space’ along with the spiritual. 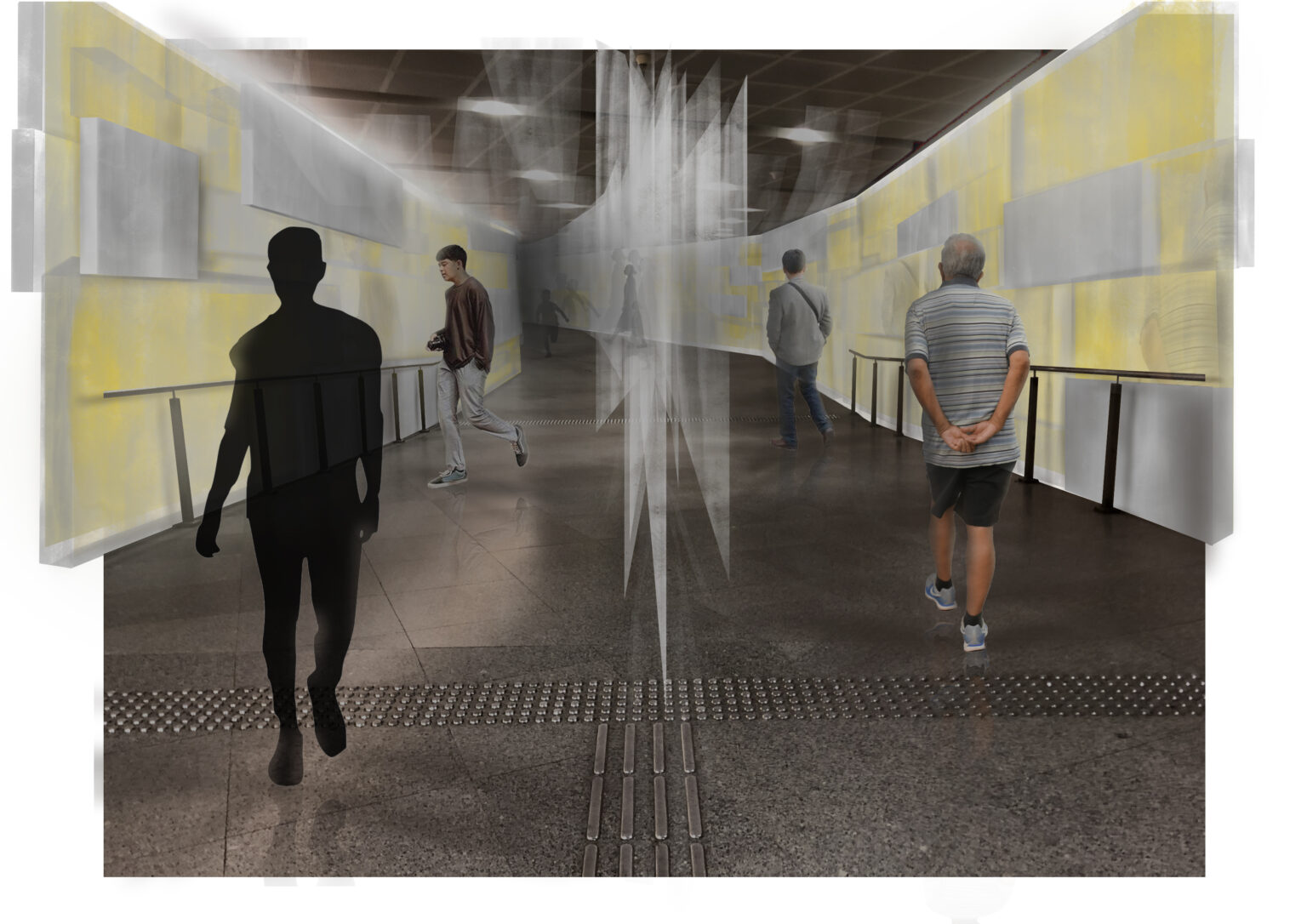