The thesis considers the architectural relationship between the built and natural environment, and looks at the forgotten industrial remains left upon the landscapes of the Western coastline of Scotland, that helped create the industrial powerhouse of Glasgow, without reaping the same levels of post-industrial regeneration. Considering Patrick Geddes’ concept of the “region city”, the thesis examines the possibility of elevating and connecting smaller places related on a regional level to cities, which mutually binds the city and region on a level out-with conventional boundaries – enriching both rural and urban conditions. It further references local poetry of place through the poetry of Raasay’s acclaimed Gaelic poet Sorley Maclean, acknowledging the intrinsic links between culture, nature, and existing architectural remains.

Observing the Isle of Raasay’s unbalanced relationship between Glasgow’s post-industrial artefact left on the island and the island’s natural ecosystems, whose fragility is exposed by the threat of climate change, the thesis questions the future re-purposing of this industrial mining scar as a Rewilding centre coupled with regional underwater energy generation as a method of re-establishing equilibrium – between rural and urban, land and sea, industry and nature, and today’s consumption and climate change. 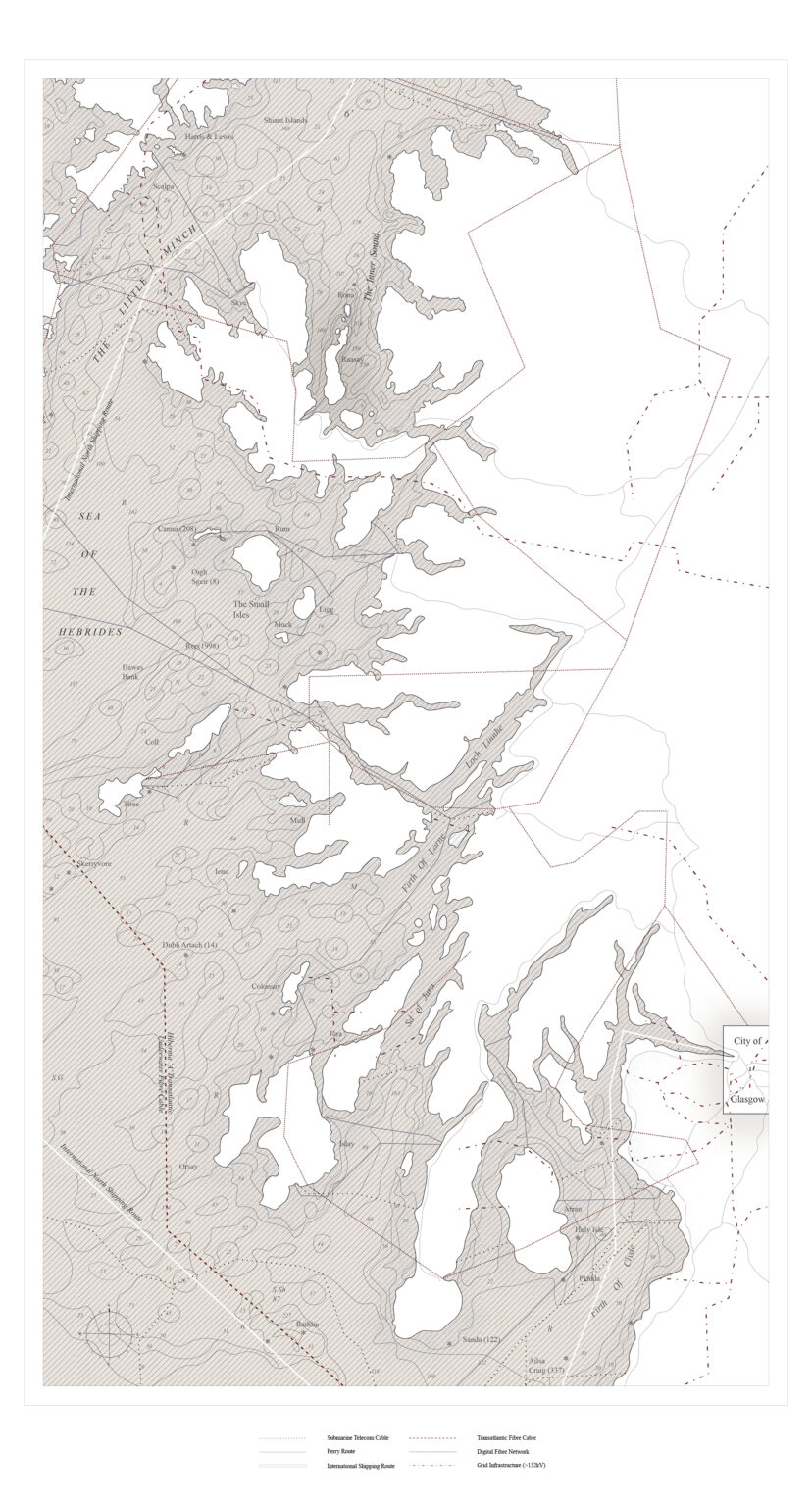 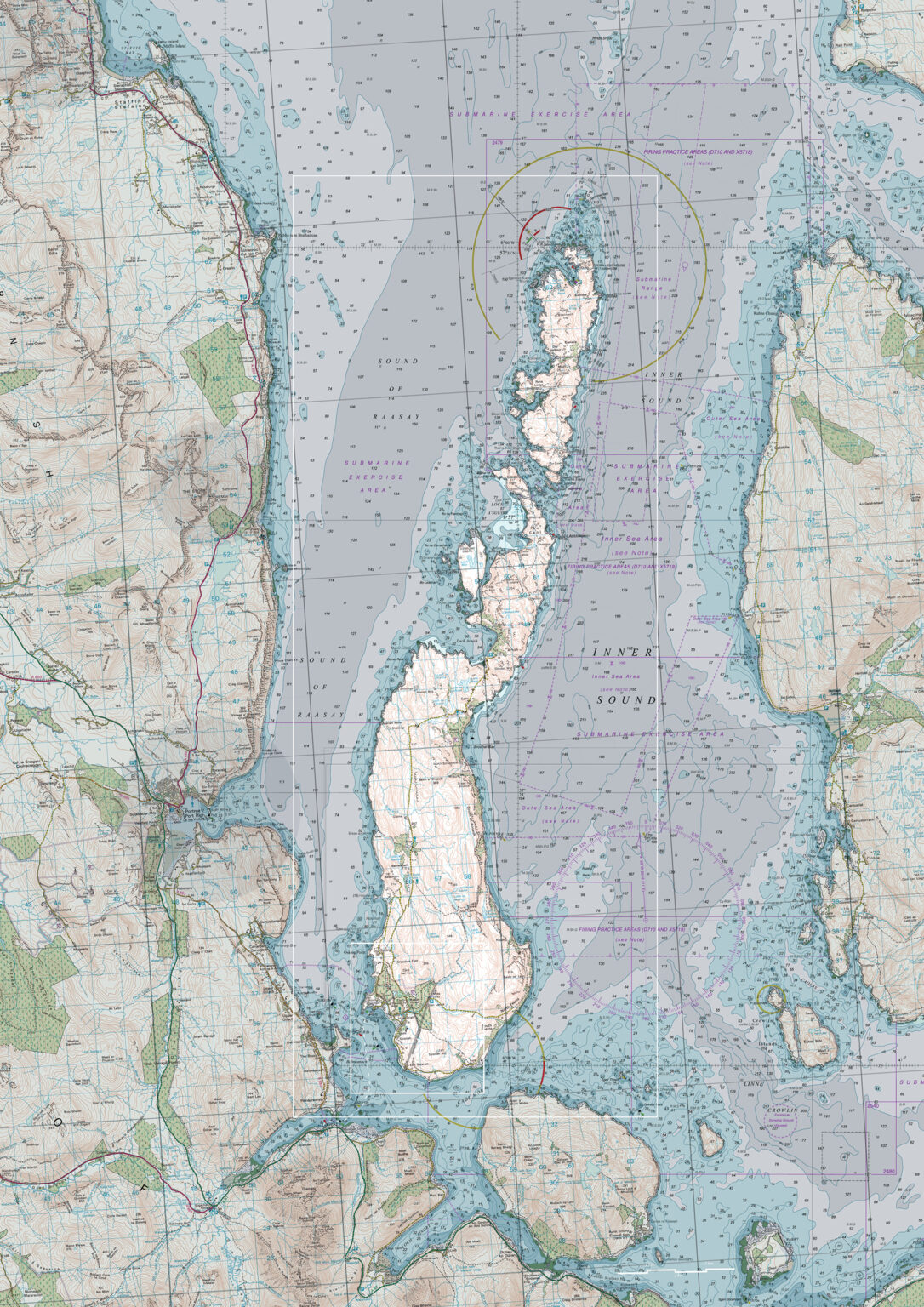 Isle of Raasay map
2 of 21
Previous Next
Close 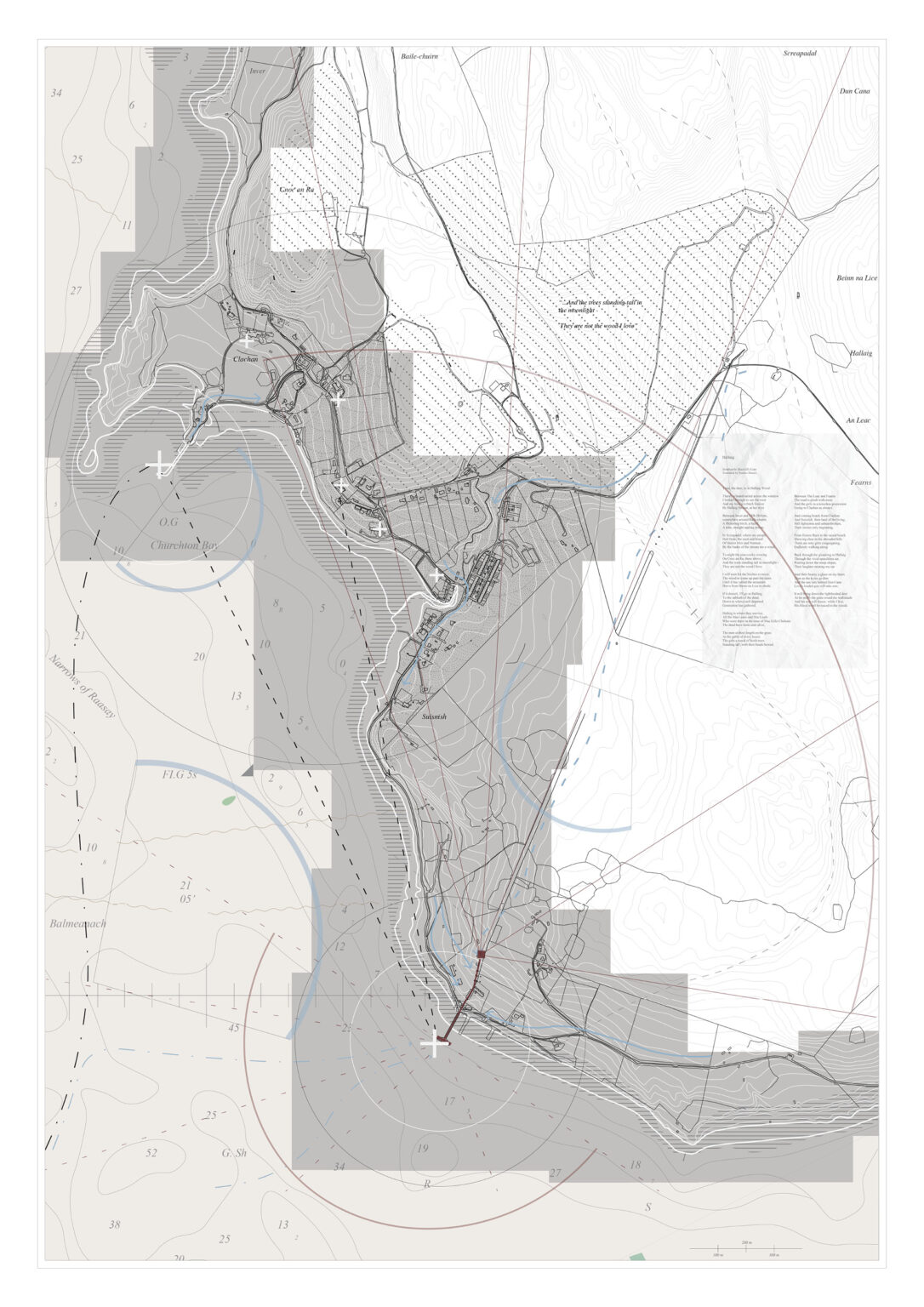 Town connectivity to architectural ruin
3 of 21
Previous Next
Close 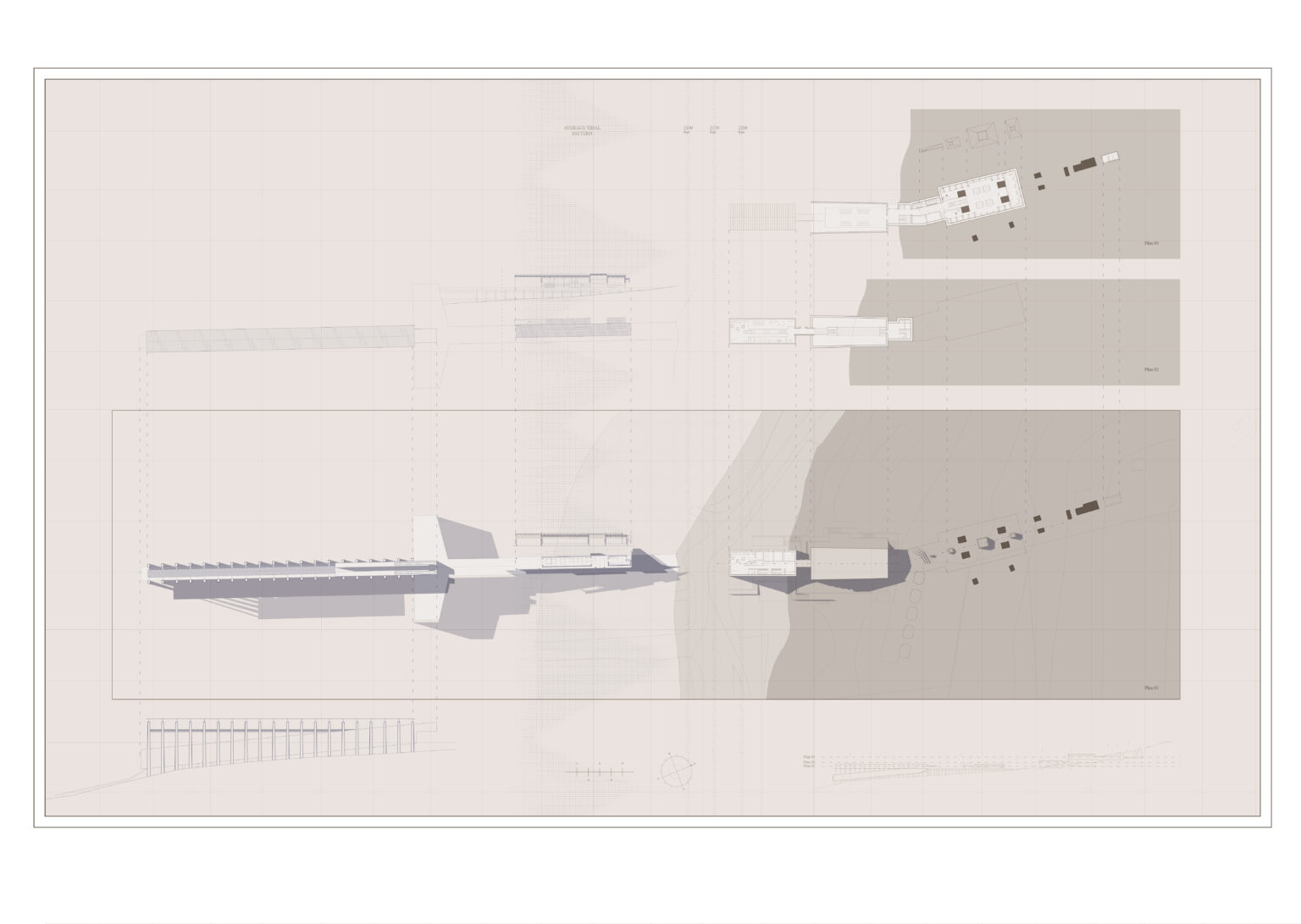 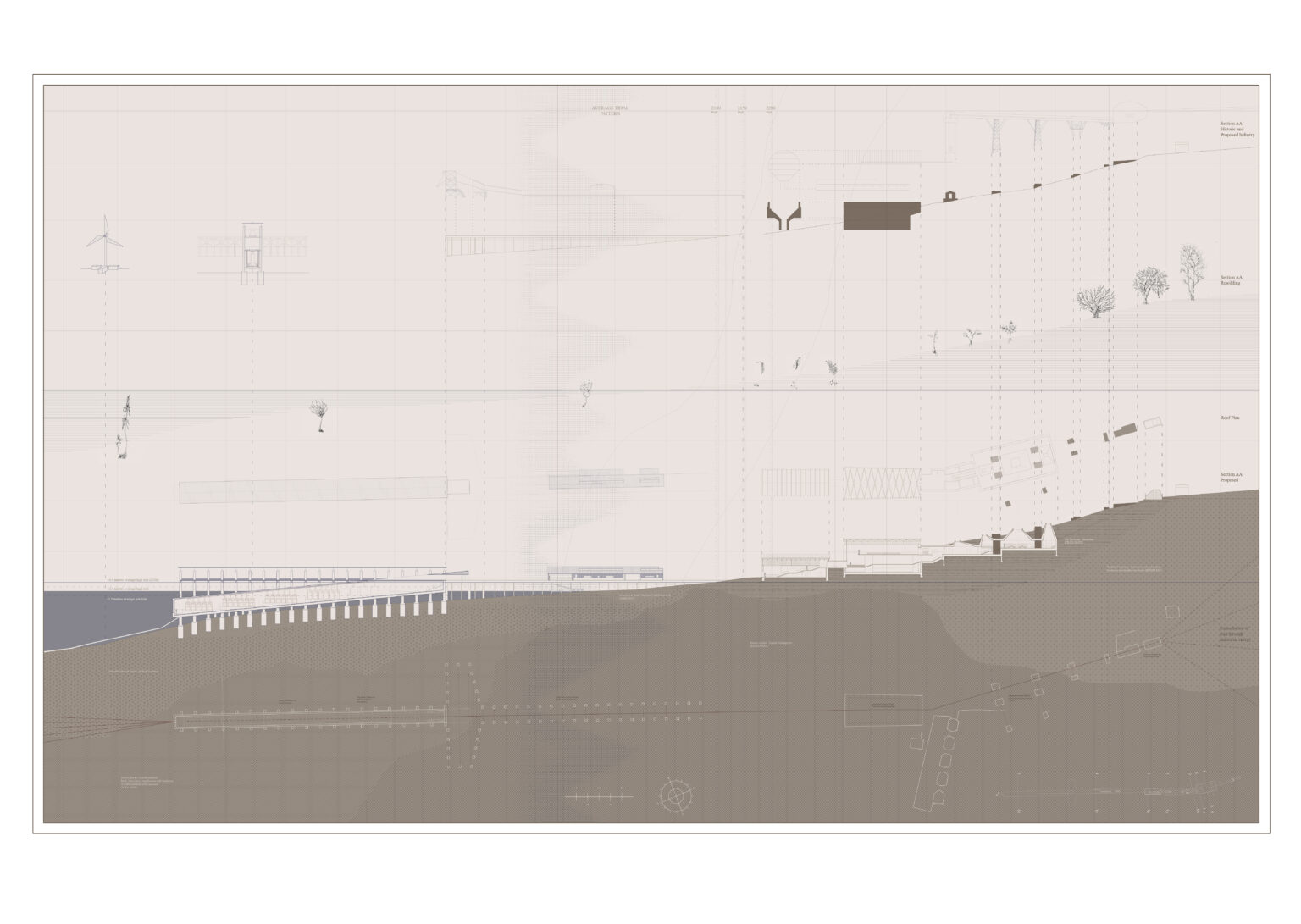 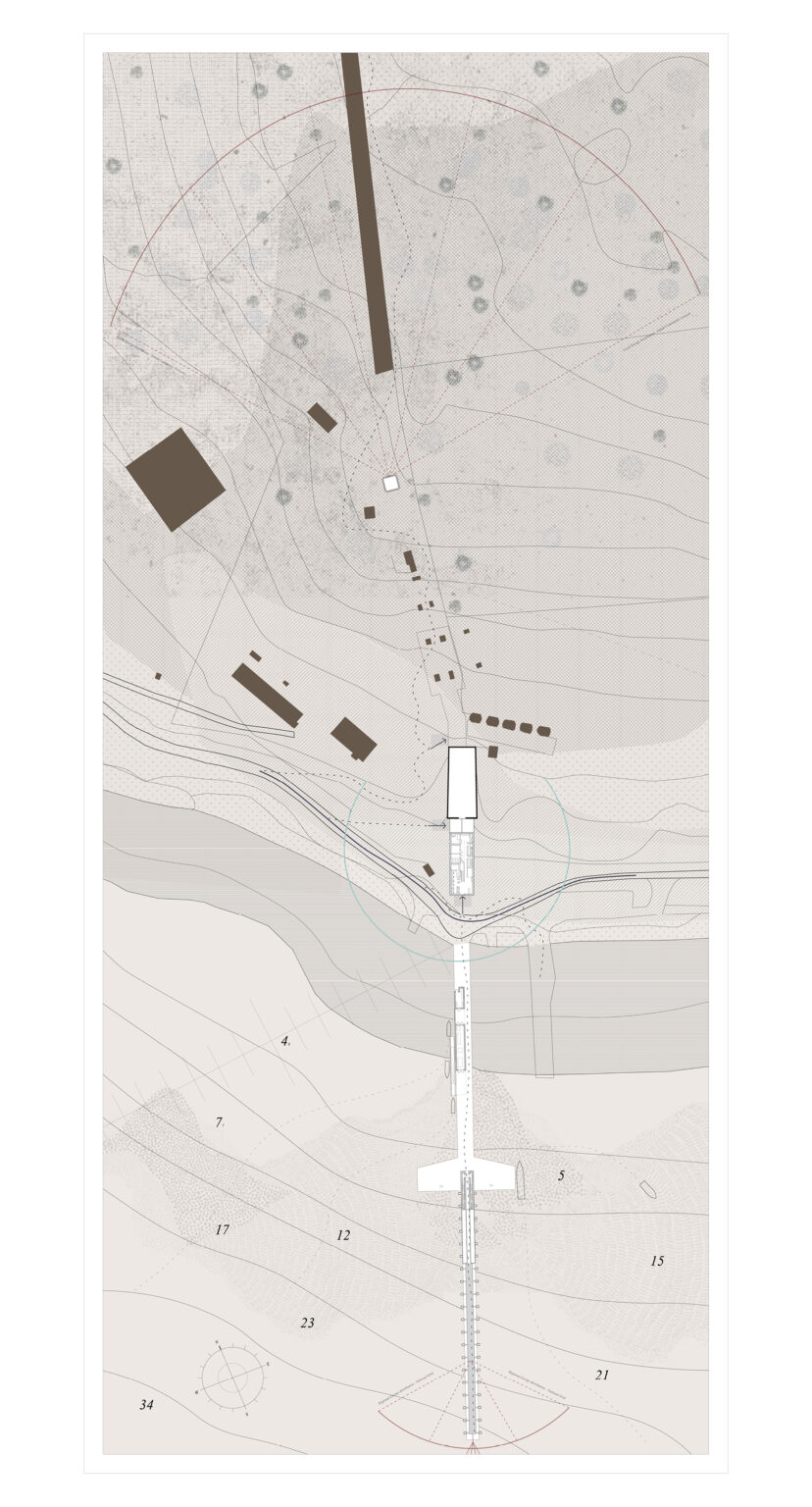 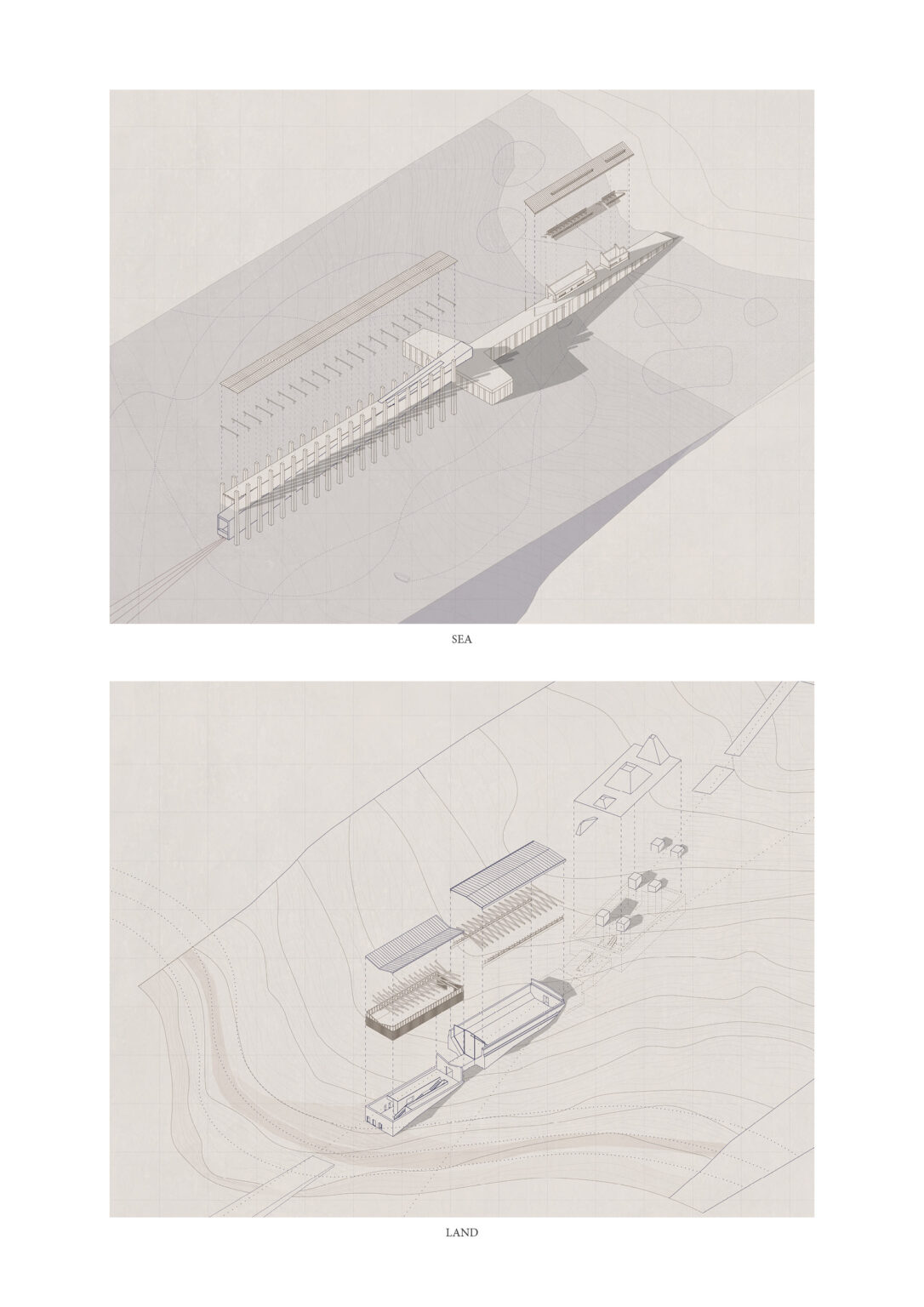 Land and Sea elements of architectural programme, language and structure
7 of 21
Previous Next
Close 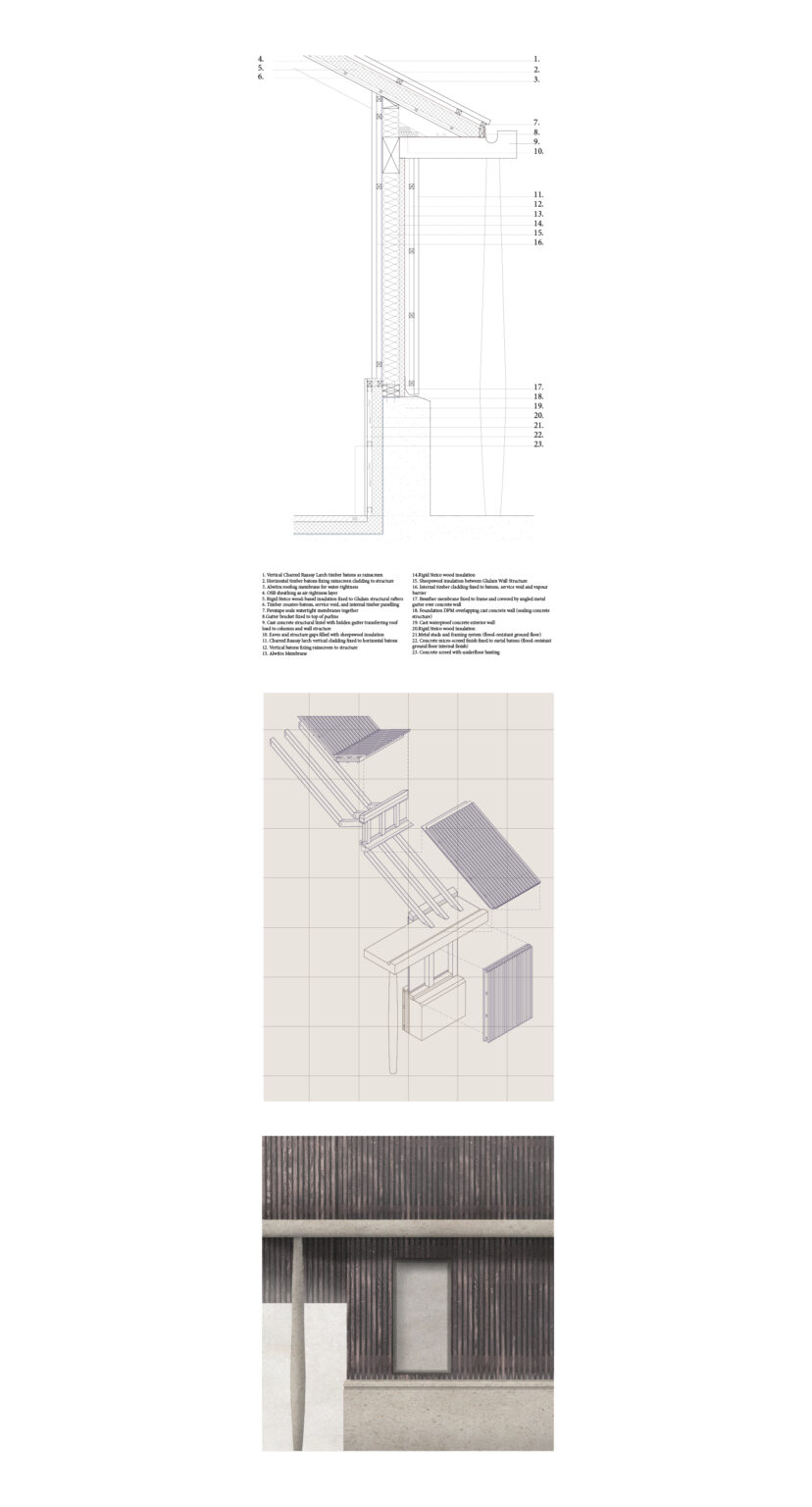 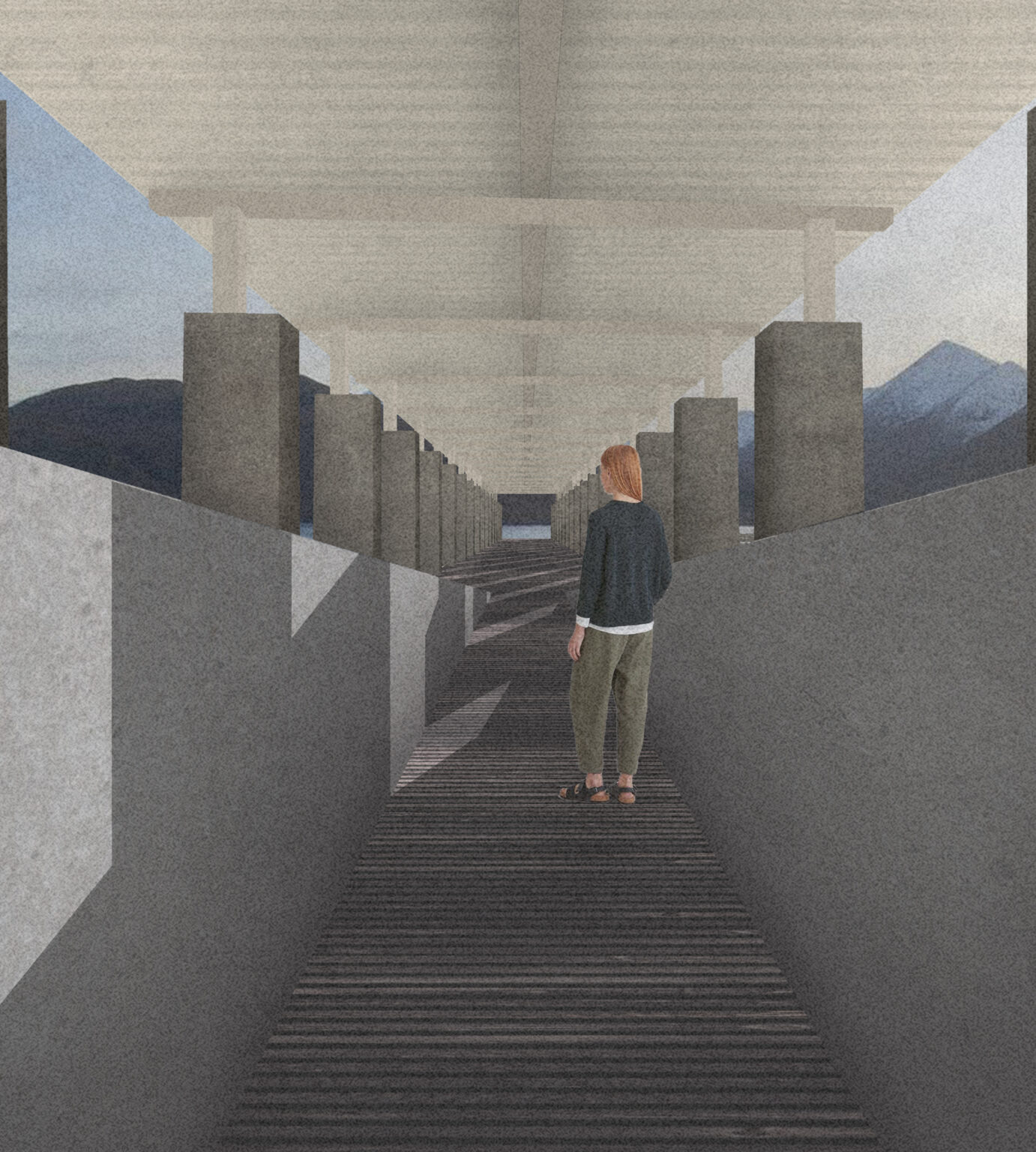 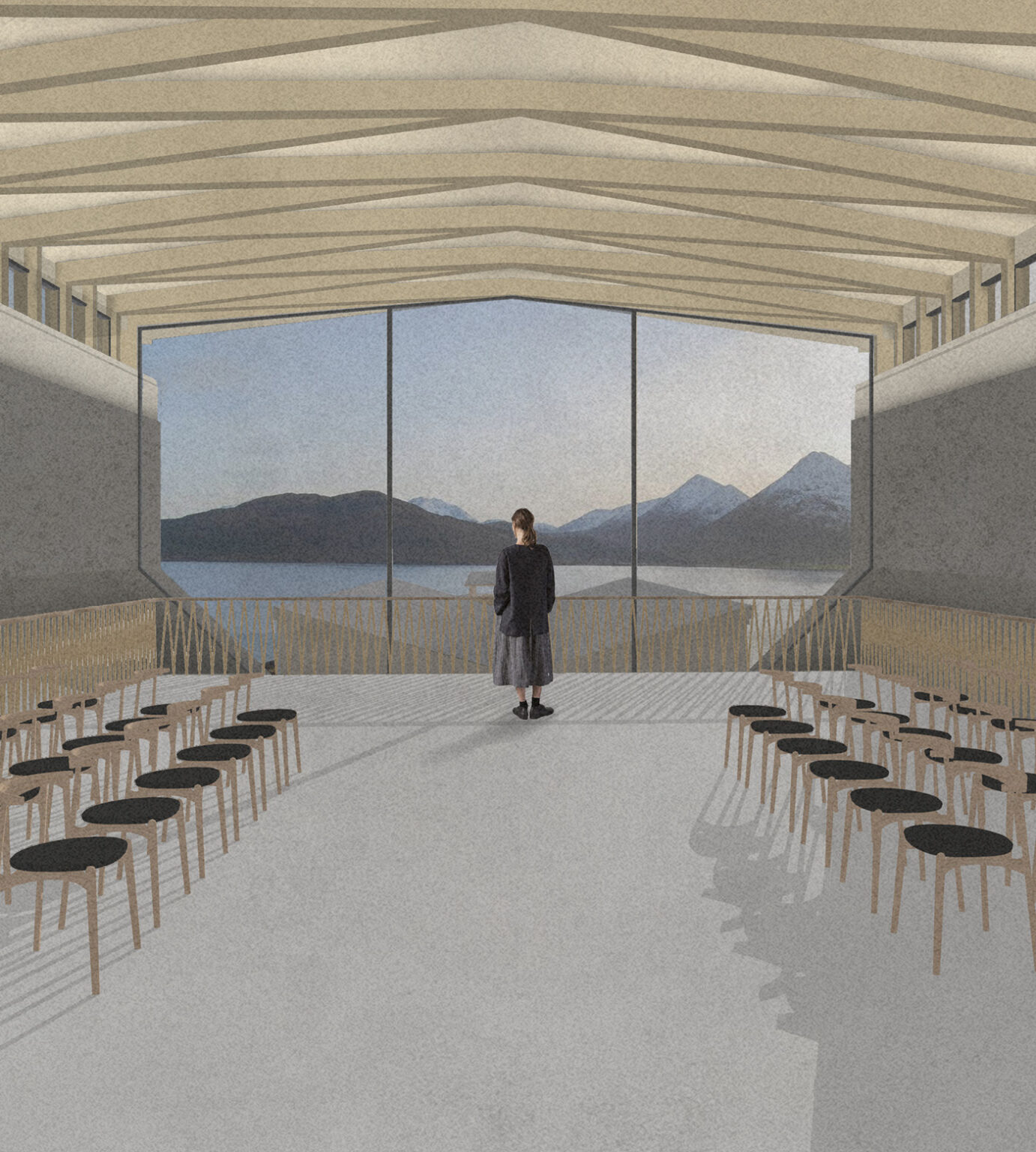 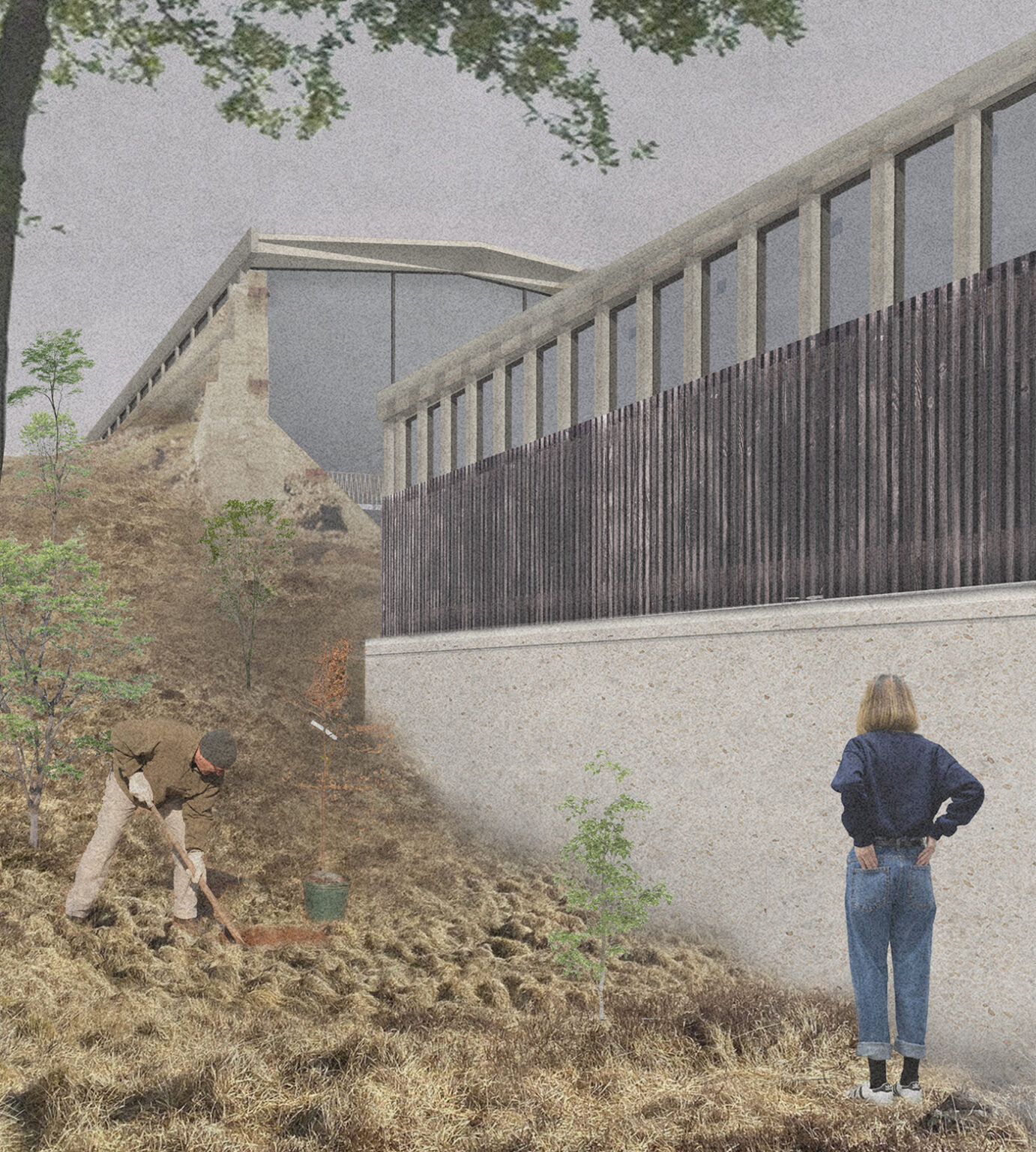 Exterior Visual - Rewilding centre embedded into landscape, with concrete structure behind
11 of 21
Previous Next
Close 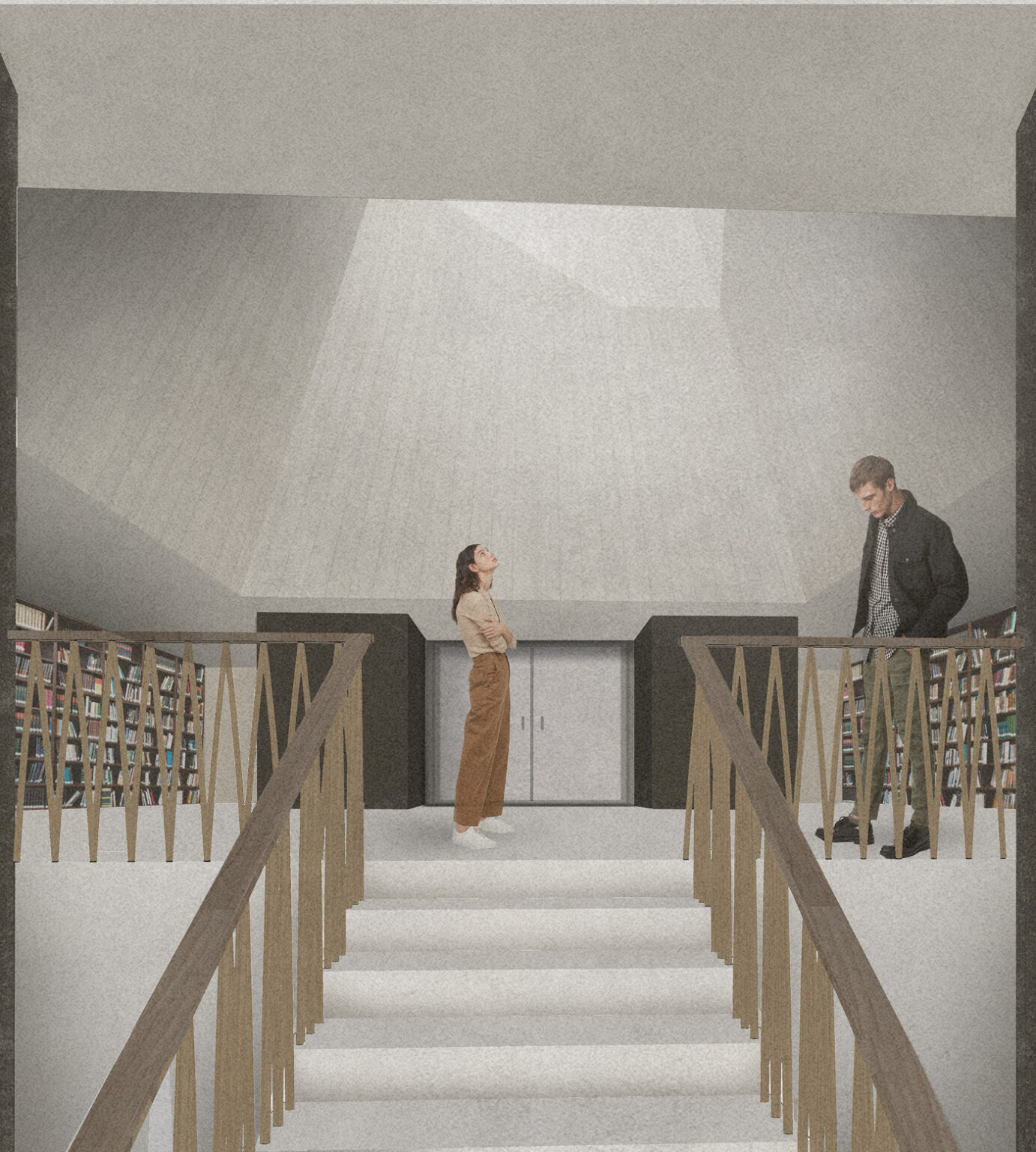 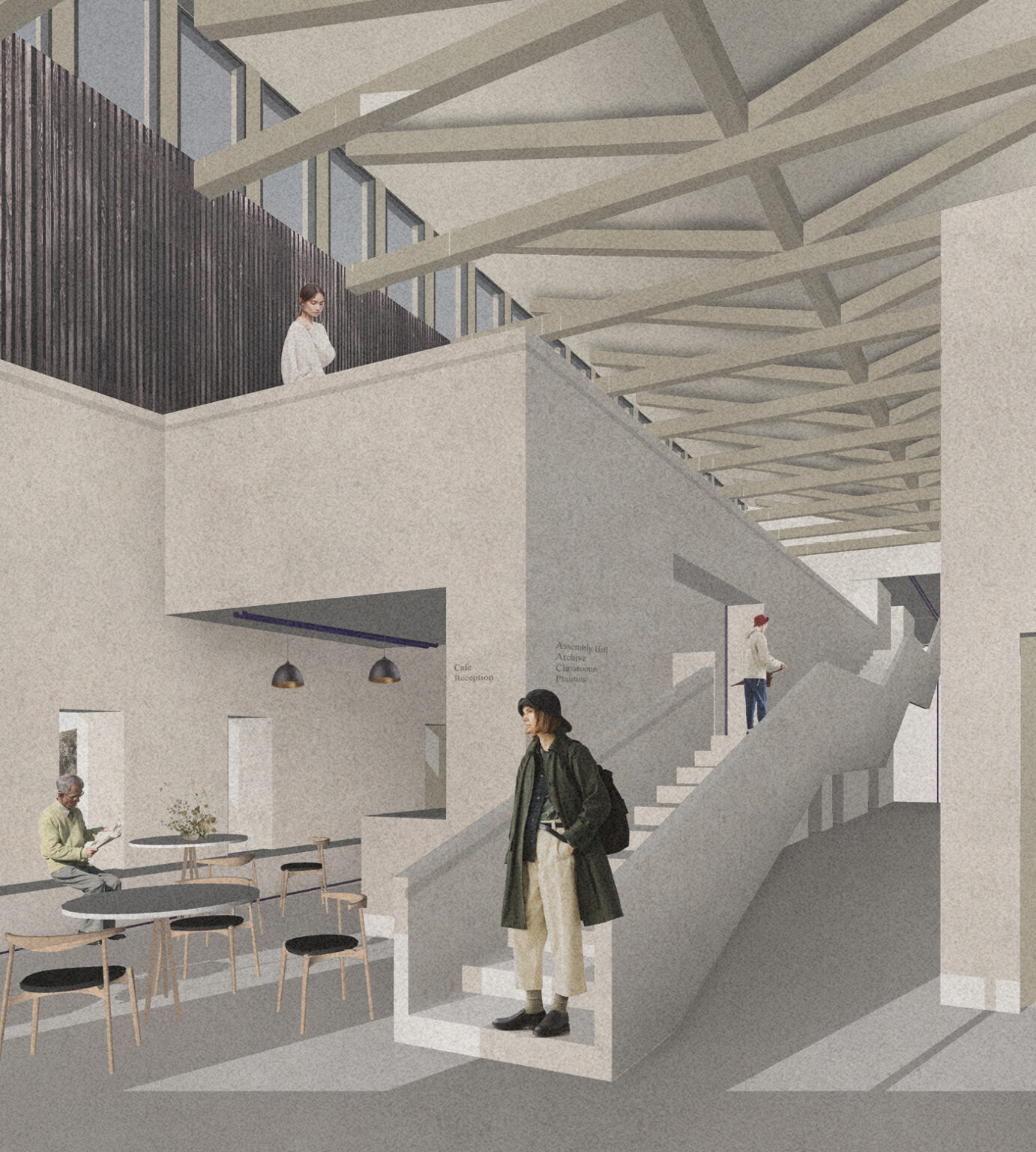 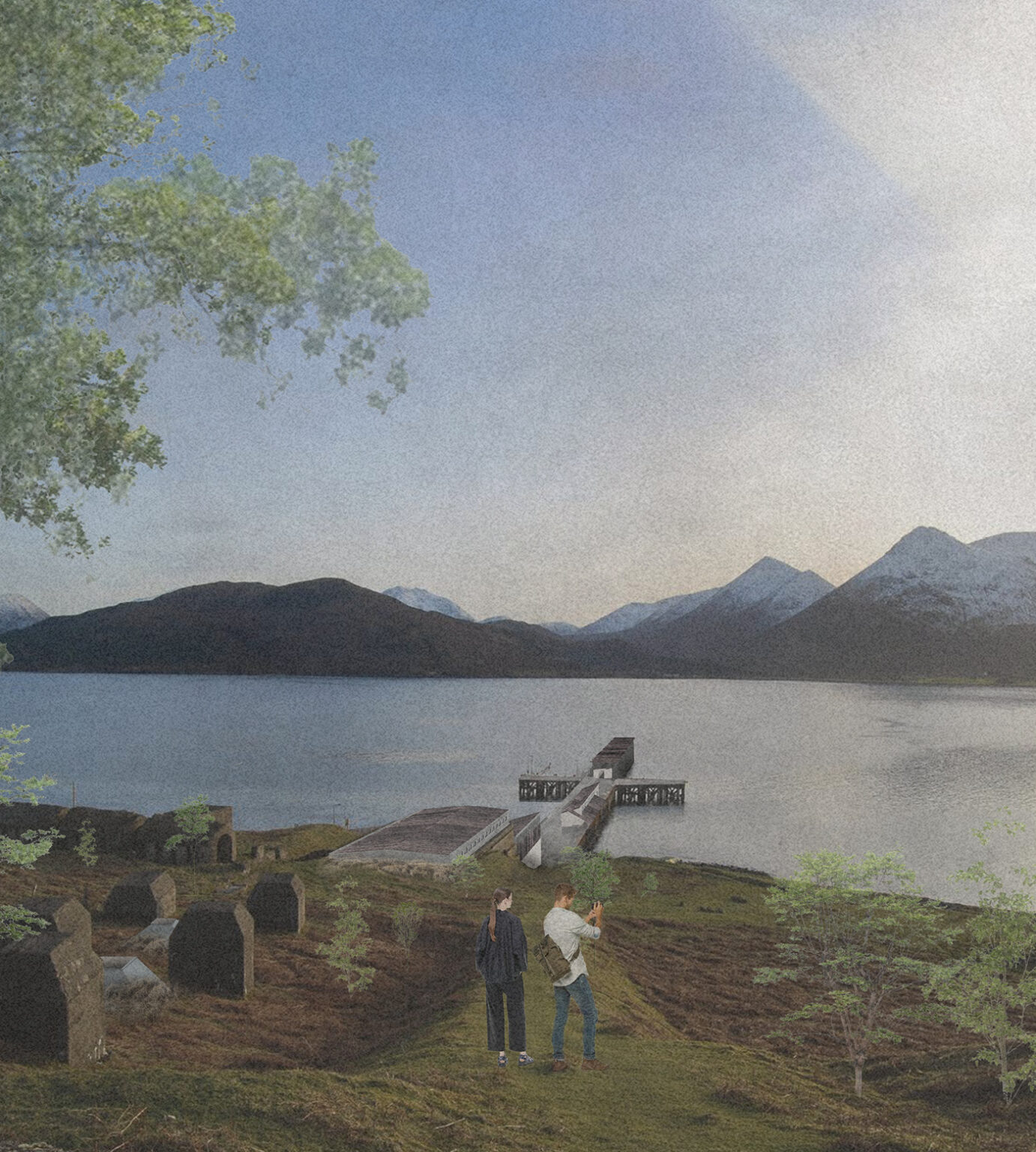 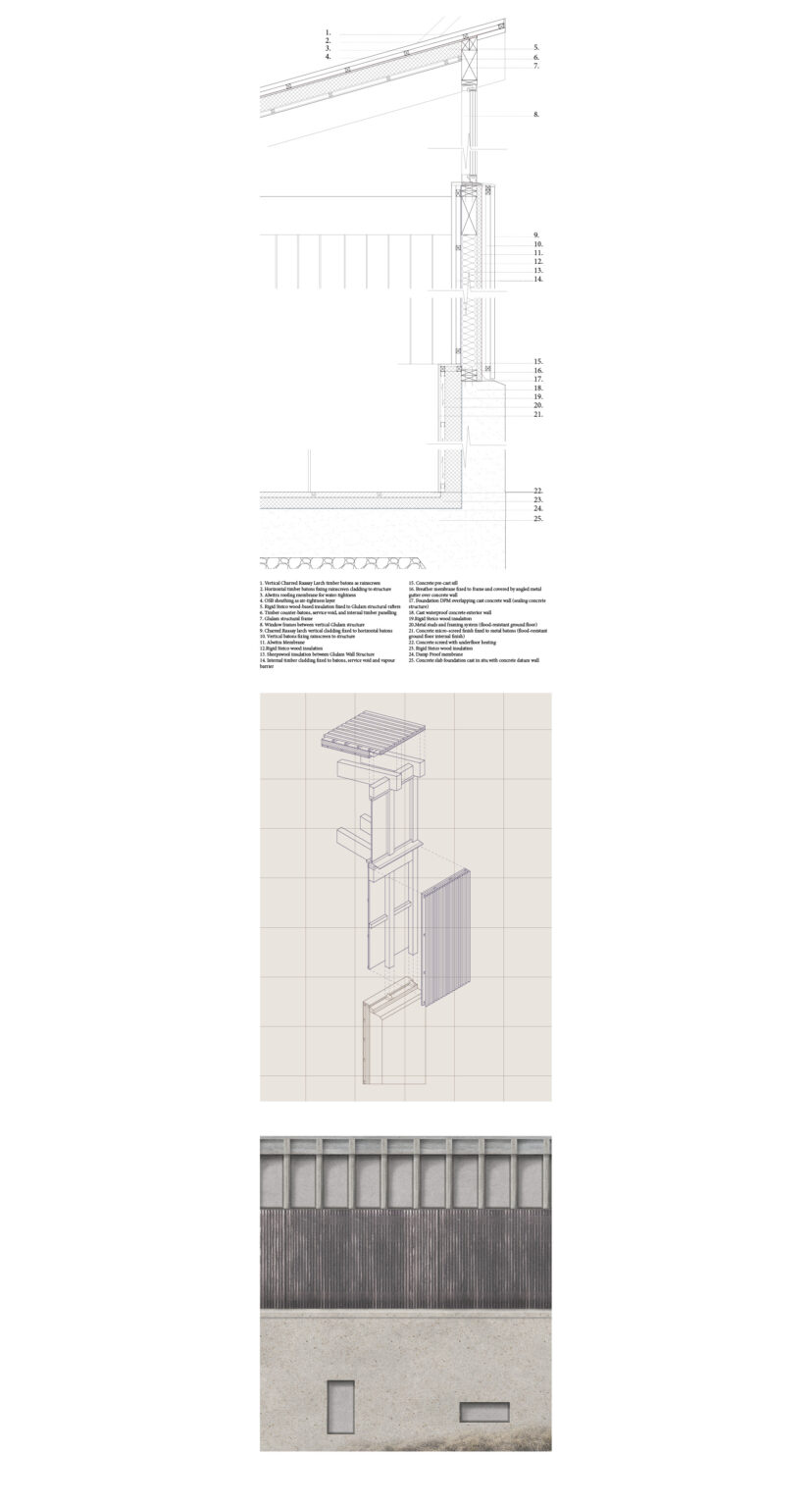 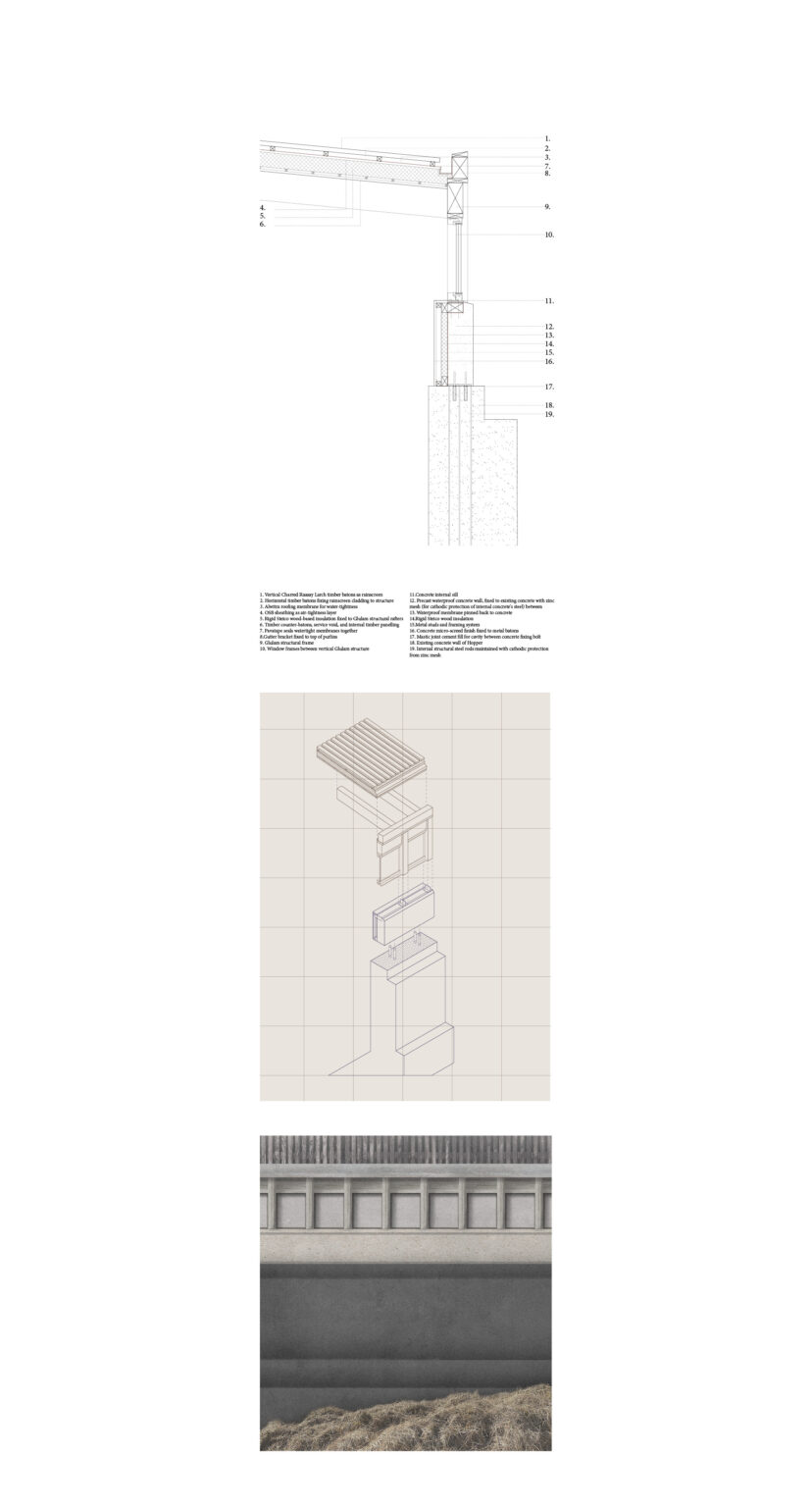 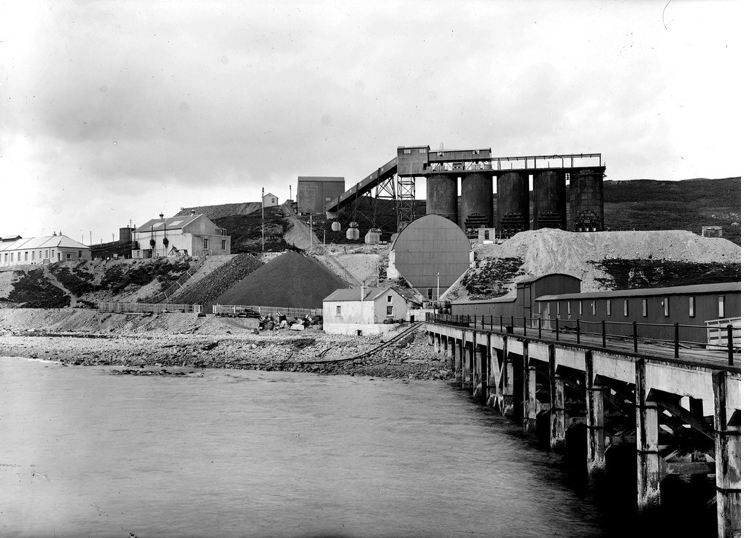 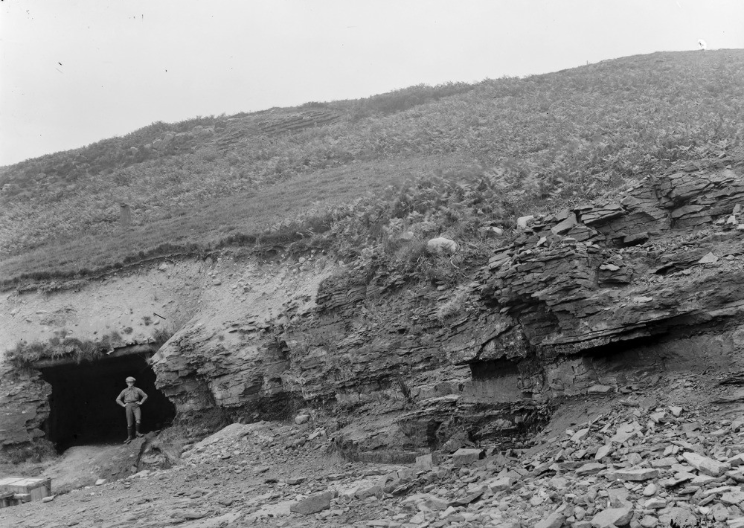 Historic Raasay iron mine photograph
18 of 21
Previous Next
Close 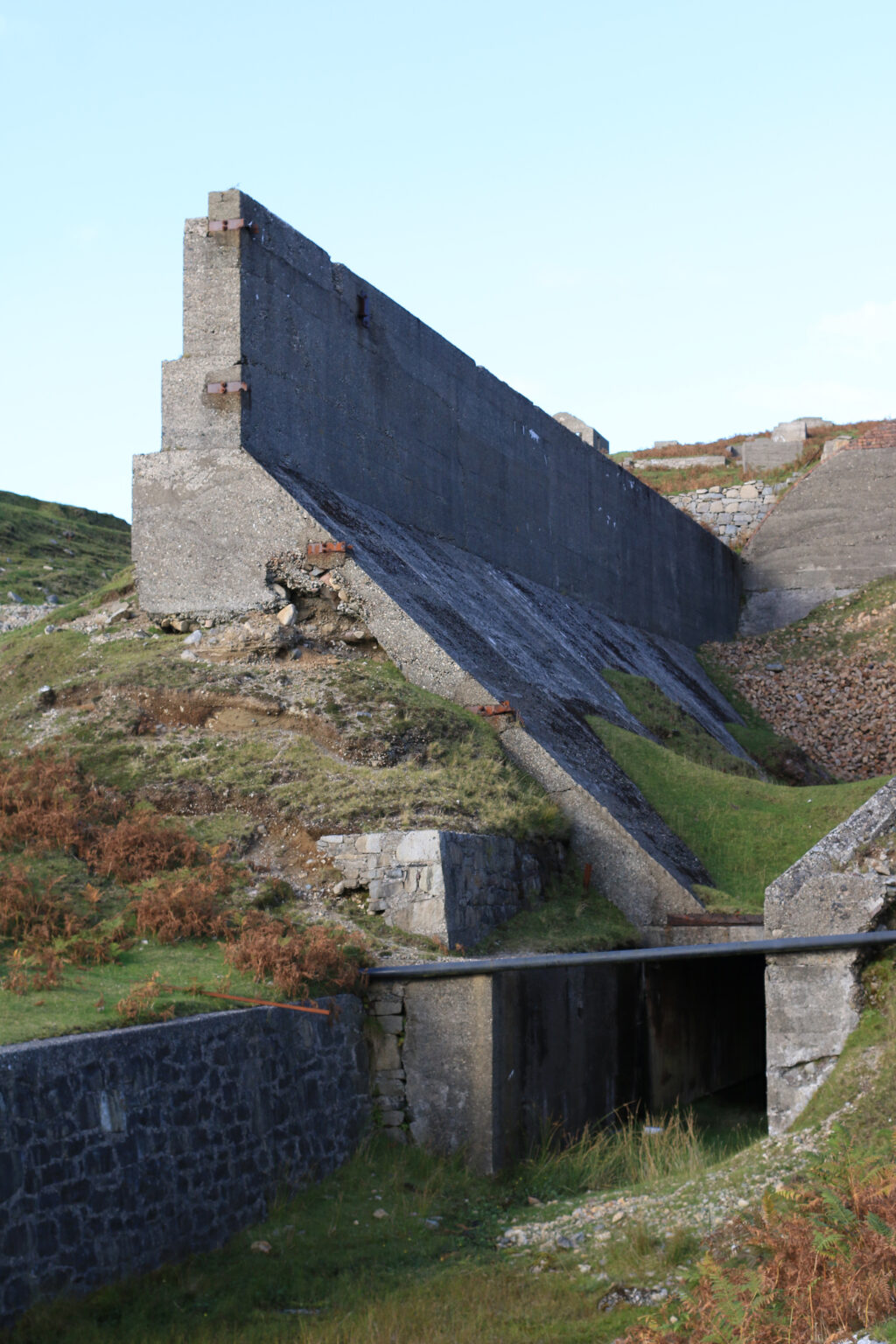 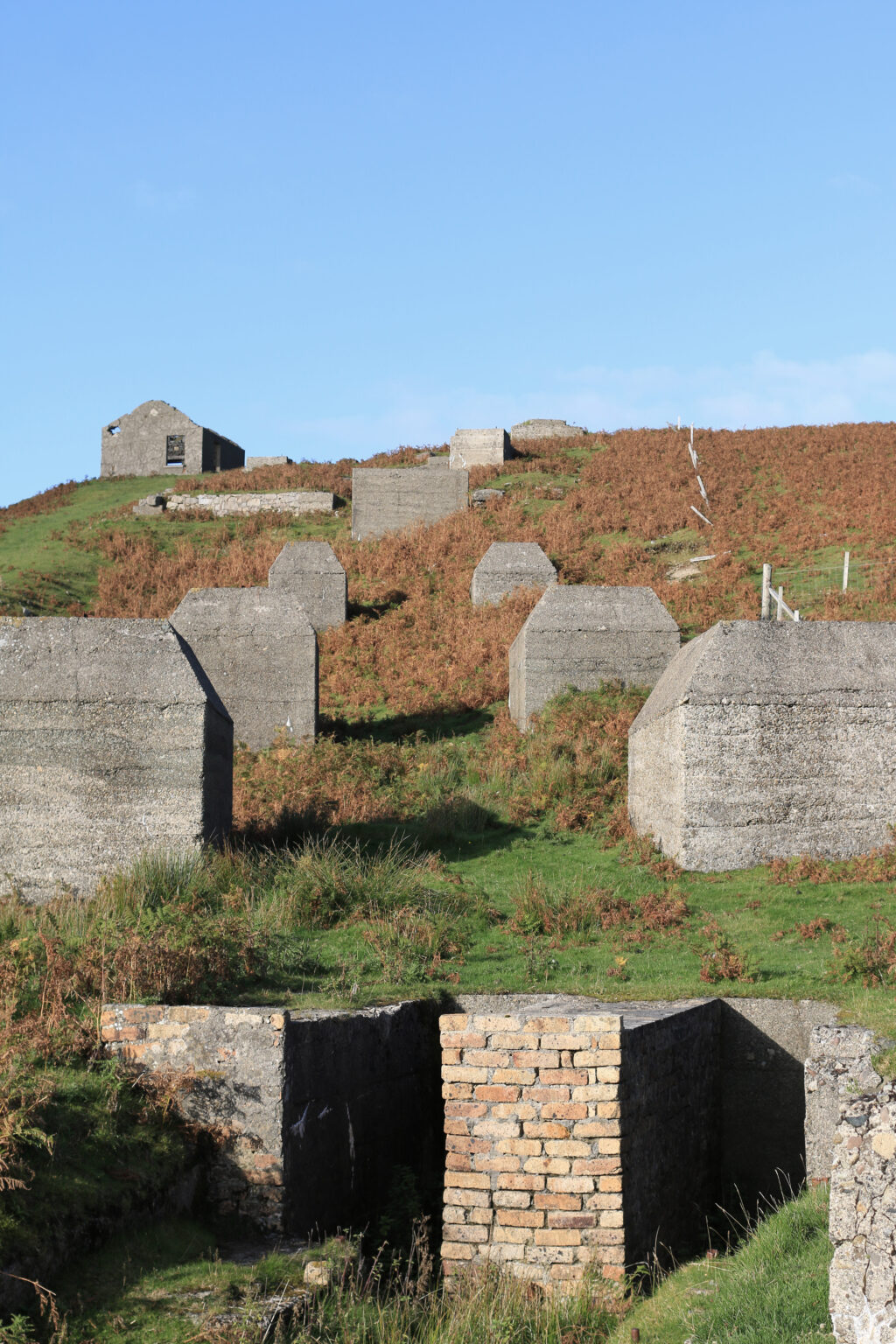 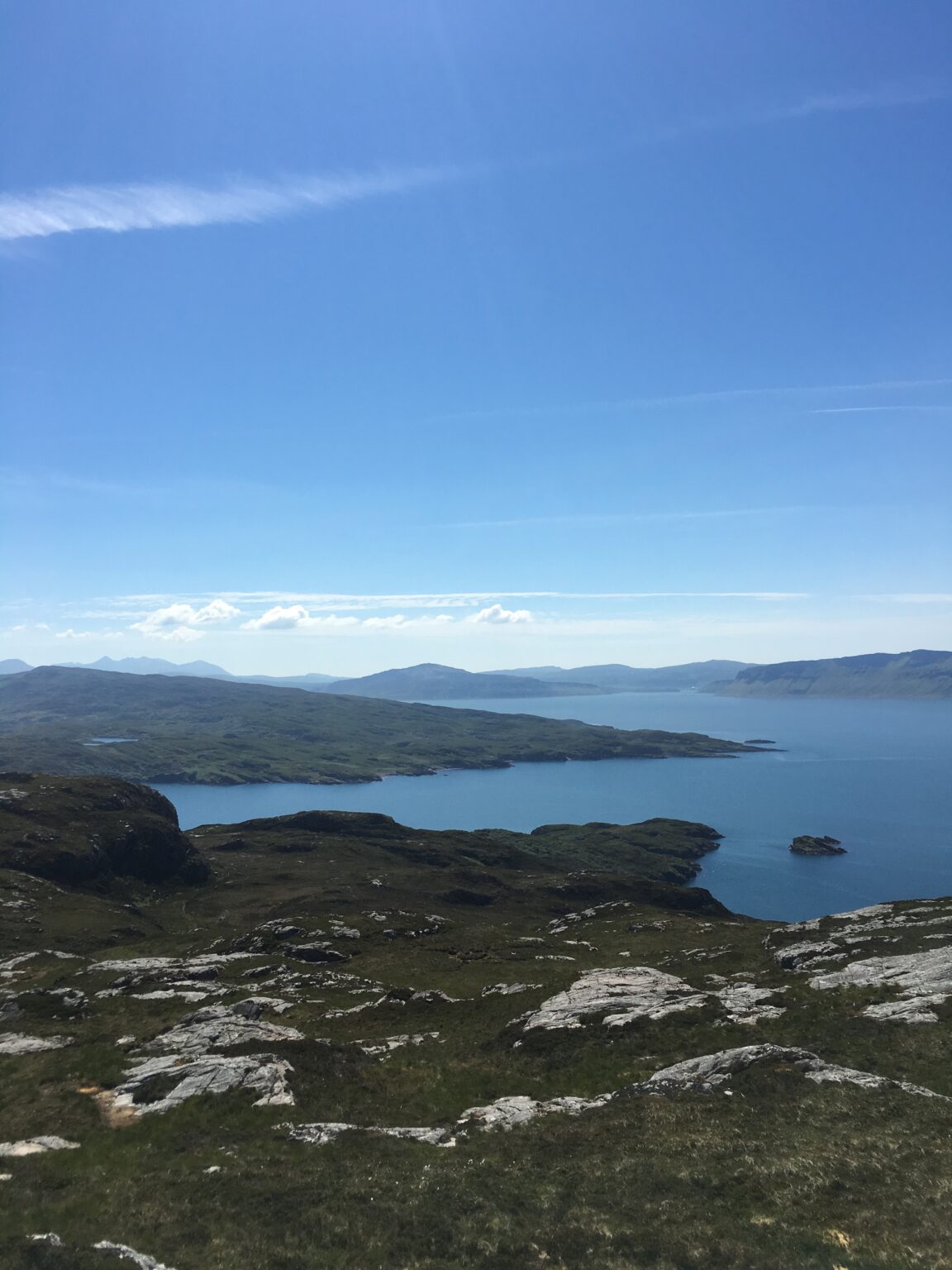