The focus of my attention had been to meet the Sun at the horizon. While I stumbled on the disappointing inability to reach him, a logged heliotrope itinerary through the streets of Glasgow was filling the intrinsically volatile leap of the ether by materialising a silver lining within the architecture, within the city itself, separating light and shade by giving its outline with my body. For each road intersection walked by, a unique three-word-identifier was collected with the help of the geocode application what3words, each representing a physical square of 3m2 with a tangible spatial coordinate. Each grouping of words was paired to three distinct voices, as though three people were walking down the streets. Each change of cardinal direction rearranged the order of words in the (person’s) voice they were attributed. Quiet Sand Suffer provides a ‘diacritical’ reading of the particular and intrinsically fluid spatiotemporal outlines of this other (u)topia it informs. This three-part poem computationally worded appears as a prayer to the pulling force(s), an ode to the sun, tinted of computational naturalism. 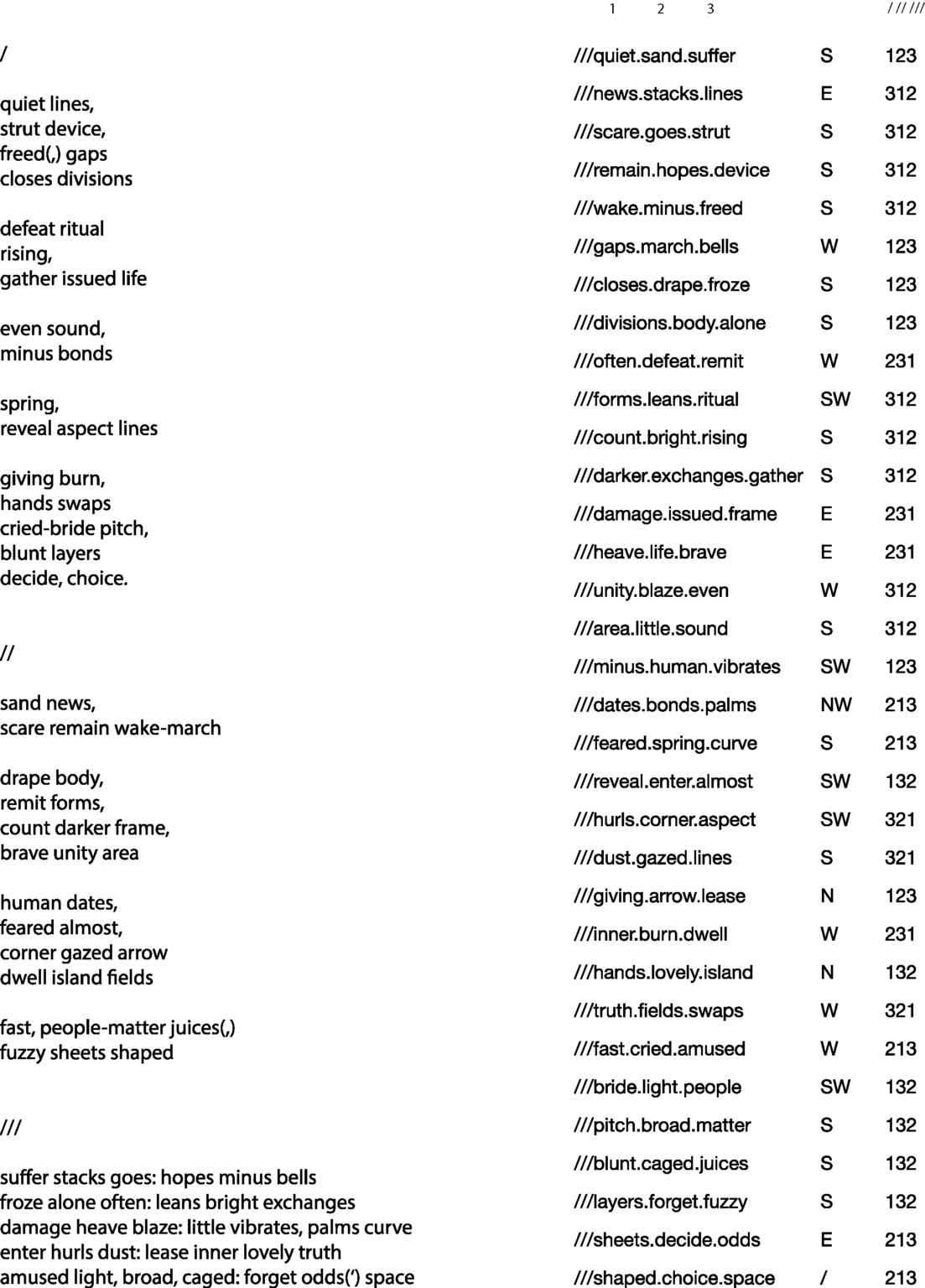