The identity for Scottish Artists’ Films,  hypothetical Glasgow festival screening films created by artists and designers based in Scotland, directed at people interested or involved in the arts. The design was inspired by the experimental beginnings of animation (artists like Hans Richer, Viking Eggeling, Len Lye), aiming to place the event on the avant-garde scene.

The theme of overlapping concentric circles is based on an intro to the film ‘Art and Movement’ (Glasgow, 1965) about an exhibition of artists using movement in their work. This cinematic element func­tions as a metaphor for the films’ impact and complexity, the overlap between art and filmmaking, and presents Scottish art as far-reaching despite being created by a relatively small community. 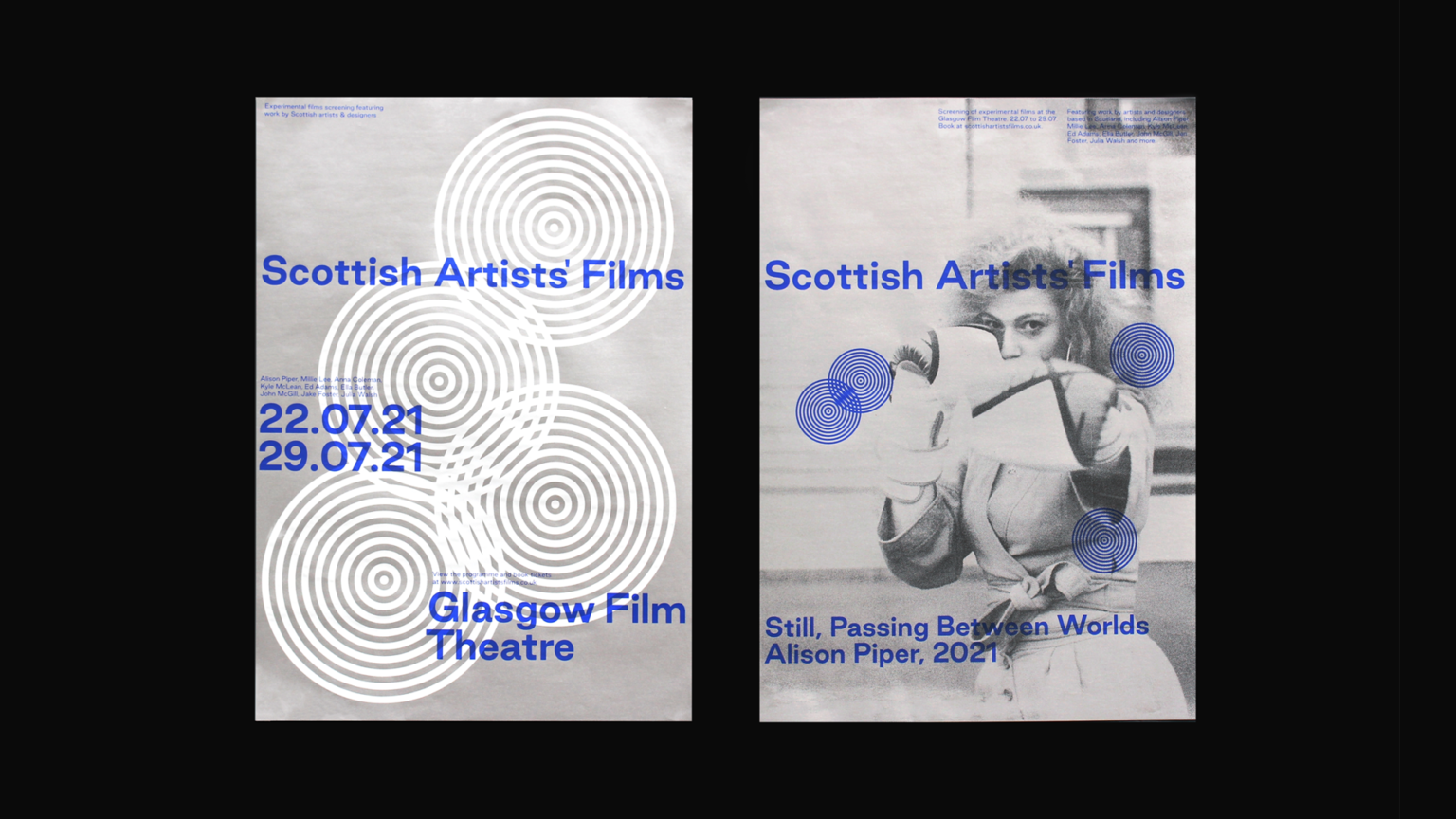 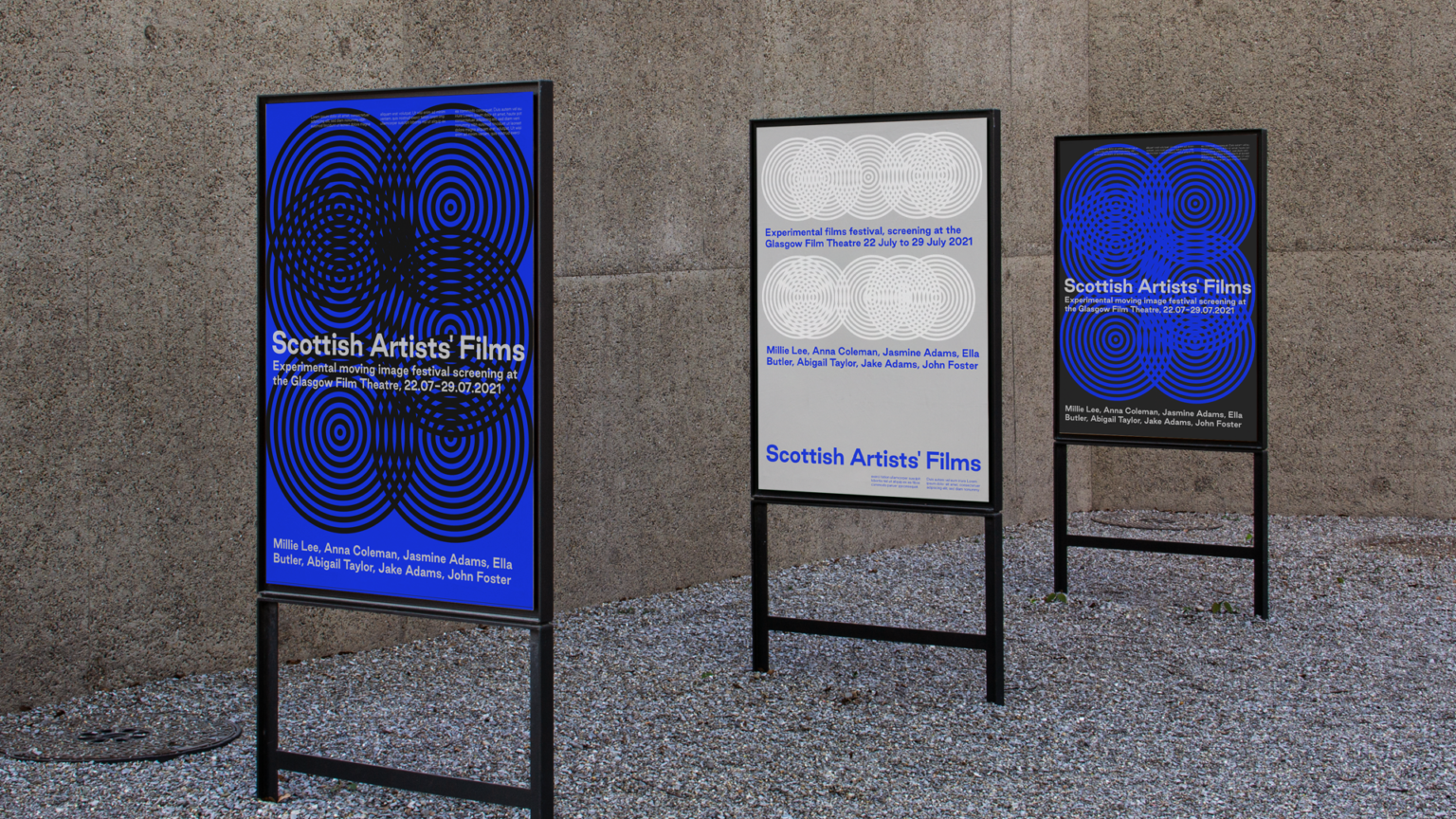 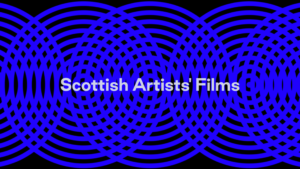 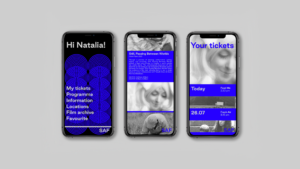