For my typography project, I decided to explore the idea of a socially distant cinema and what the closest thing to a cinematic experience at home would be. As with the vast amount of streaming services available, it’s easy to take watching a film at home for granted when there is an abundance of things to choose from. To recreate the excitement of choosing a film, I started buying DVDs from second-hand shops. Having this physical experience brings back the nostalgia of getting to pick a film at Blockbuster and changes the attitude you have towards the film and the amount of respect you are willing to give it.

For my publication, I wanted to create something that gives back respect to the films that have made their way to a second-hand shop and are now going to be given the attention you would give to a film you’ve paid to see in the cinema. During this project, I mainly focus on improving my typographic skills and create a clean, classic layout that isn’t focused on trying to be gimmicky or say too much.

This is an ongoing project that would be realised as an insert in a magazine. 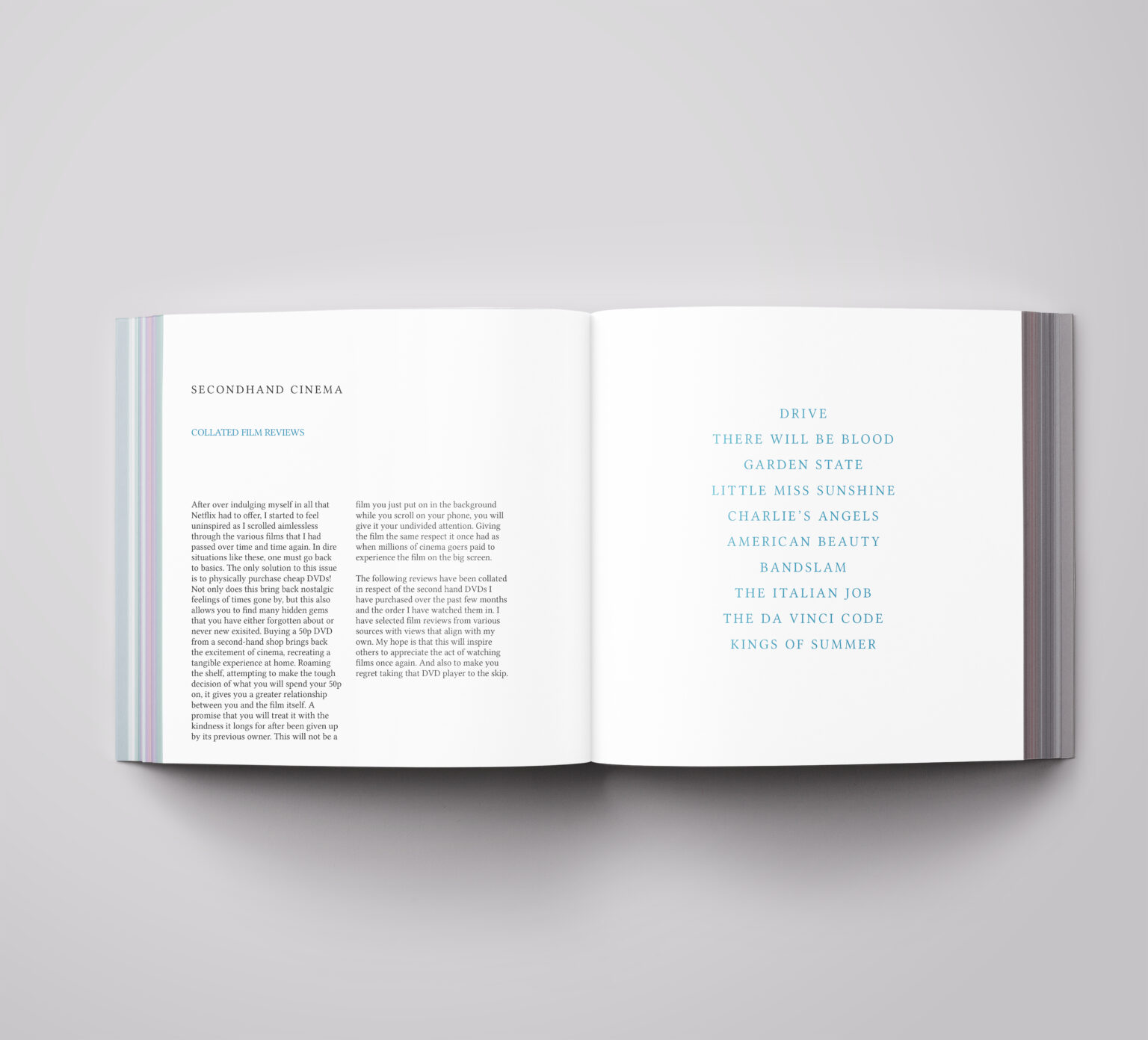 Introduction of Second Hand Cinema series, with the the titles on the right hand spread.
1 of 3
Previous Next
Close 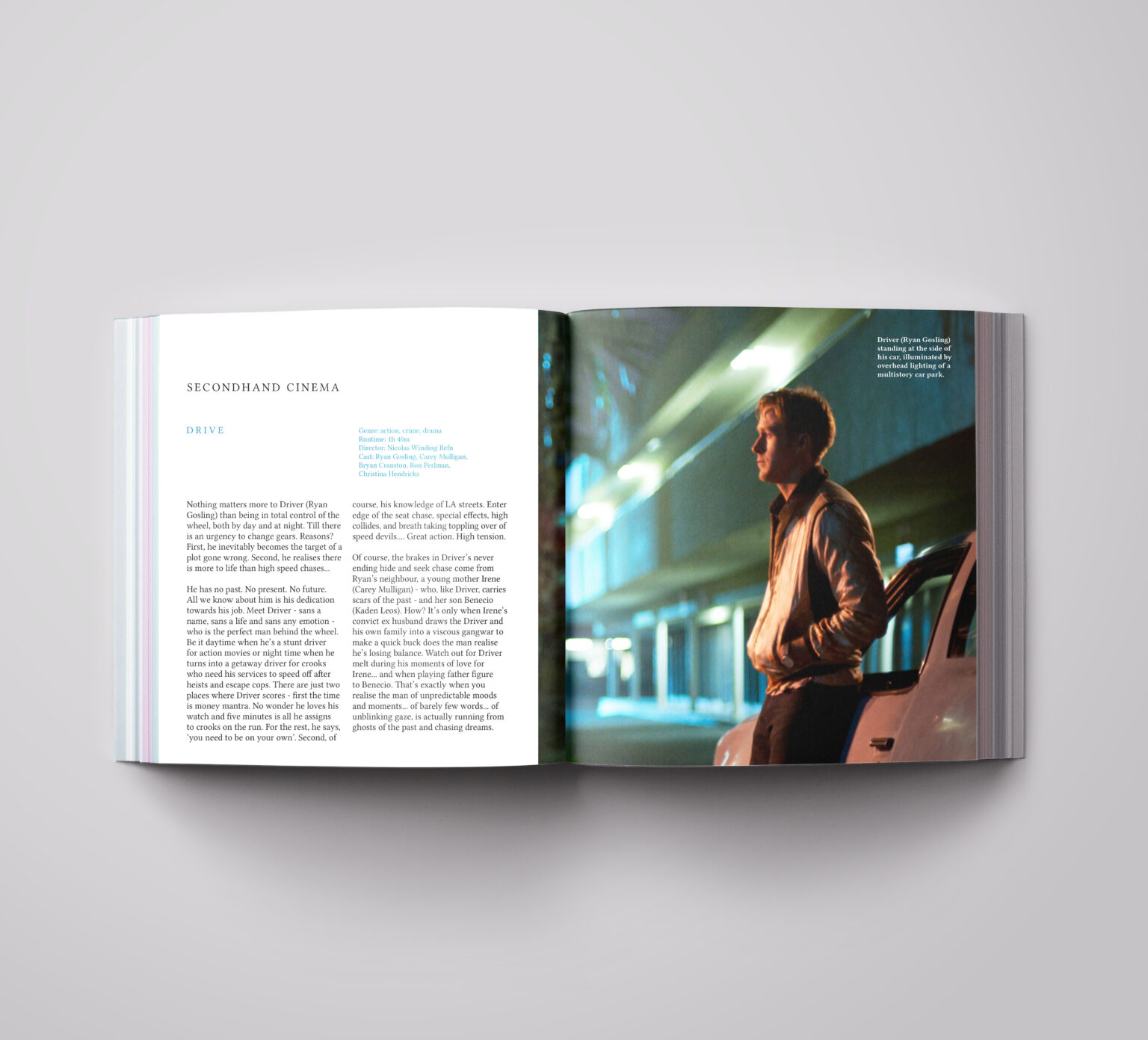 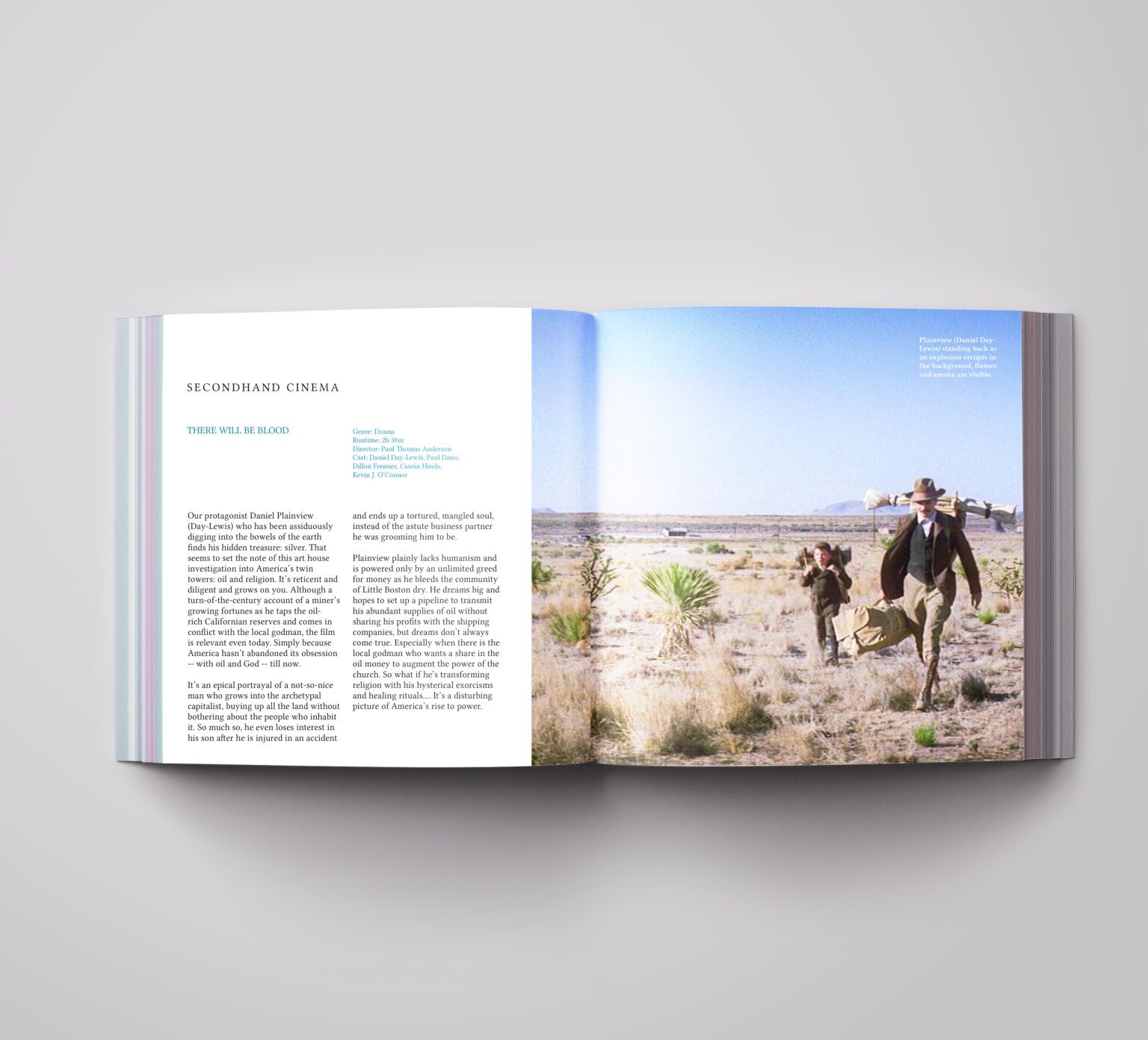 There Will be Blood

Spread three of the Second Hand Cinema series.
3 of 3
Previous Next
Close