With the rise of technology came social media many years later. A few benefits to social media are using it as a communication tool and an advertising platform. However, using it excessively is often viewed negatively. This project reflects how social media impacts our way of living, showing our habits and dependency on it.

It started with the idea of the “illusion of choice” in social media. The algorithm feeds users with things they want to see and groups them with other like-minded people. The group then does similar activities together and seeks validation from one another. Eventually, everyone becomes a carbon copy of each other.

This realisation led to the concept of Sheeple (“sheep” + “people”). The definitions of Sheeple are herd behaviour and mentality, individuals in a group act collectively without centralised direction, and conformist behaviours with little to no critical thinking. Although a positive perspective of being in a herd would mean building a community and finally having a sense of belonging, the outcome aims to warn of the negative consequences of not wanting to venture outside of one’s comfort zone. 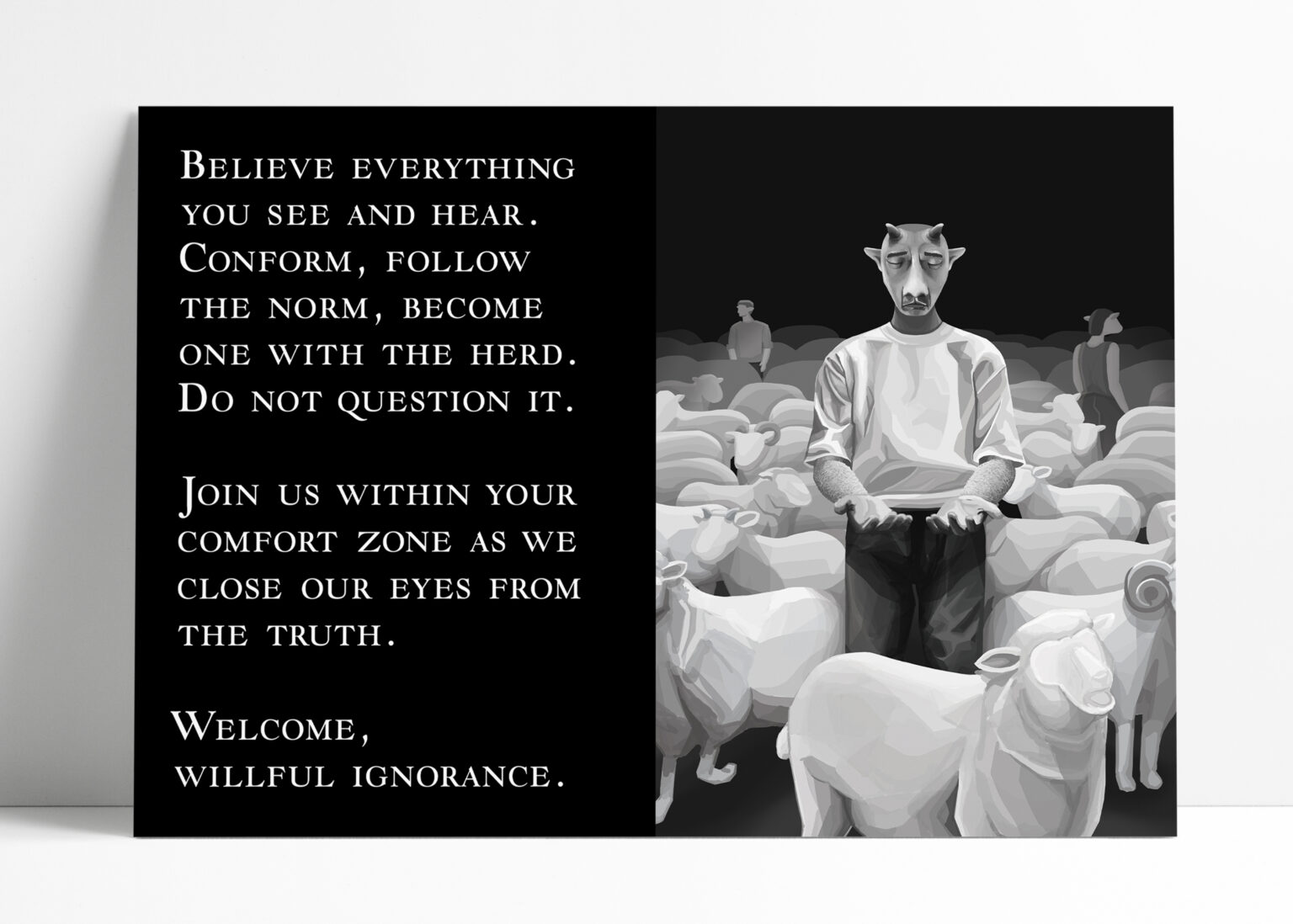 Poster outcome: The text explains what becoming a sheep meant and written as if an existing group of Sheeple is recruiting more followers. The illustration accompanied by the text amplifies the narrative of morphing into a sheep.
1 of 1
Previous Next
Close