As we enter the Anthropocene, what will the impact of the Climate Crisis have on our political economy and our architecture?

During COP26, people from around the world marched through Glasgow’s George Square, past the statue of James Watt – a key architect of the fossil fuel age –  and called for Climate Justice.

This thesis explores what we mean by Climate Justice. ‘Justice’ as a human construct exists in three acts; first there is a crime, second there is a balance of justice, third there is a redress. Act I has happened with our systematic destruction of the natural world in pursuit of profit and Act III will come as our urban structures break down in the face of the changing climate. This thesis is Act II – the balance of justice.

This thesis is an Environmental Court of Reparation (Act II) as an emergent heterotopia from the repurposed post-industrial ruins of Govan Graving Docks (Act I), which will itself submerge as sea levels rise (Act III). The architectural technology is expressed through the non-industrialised materials of earth and recycled plastic to minimise carbon emissions whilst shifting the profits away from a linear economy towards a circular economy. The history of Glasgow and the Govan Graving Docks has been historically founded on climate damage, this thesis hopes to reconnect the people and community of Govan with the river Clyde towards an alternate green future.

This is a momentarily finite architectural expression of climate justice as a challenge to the human systems of politics and economics which have led us to Climate Crisis. 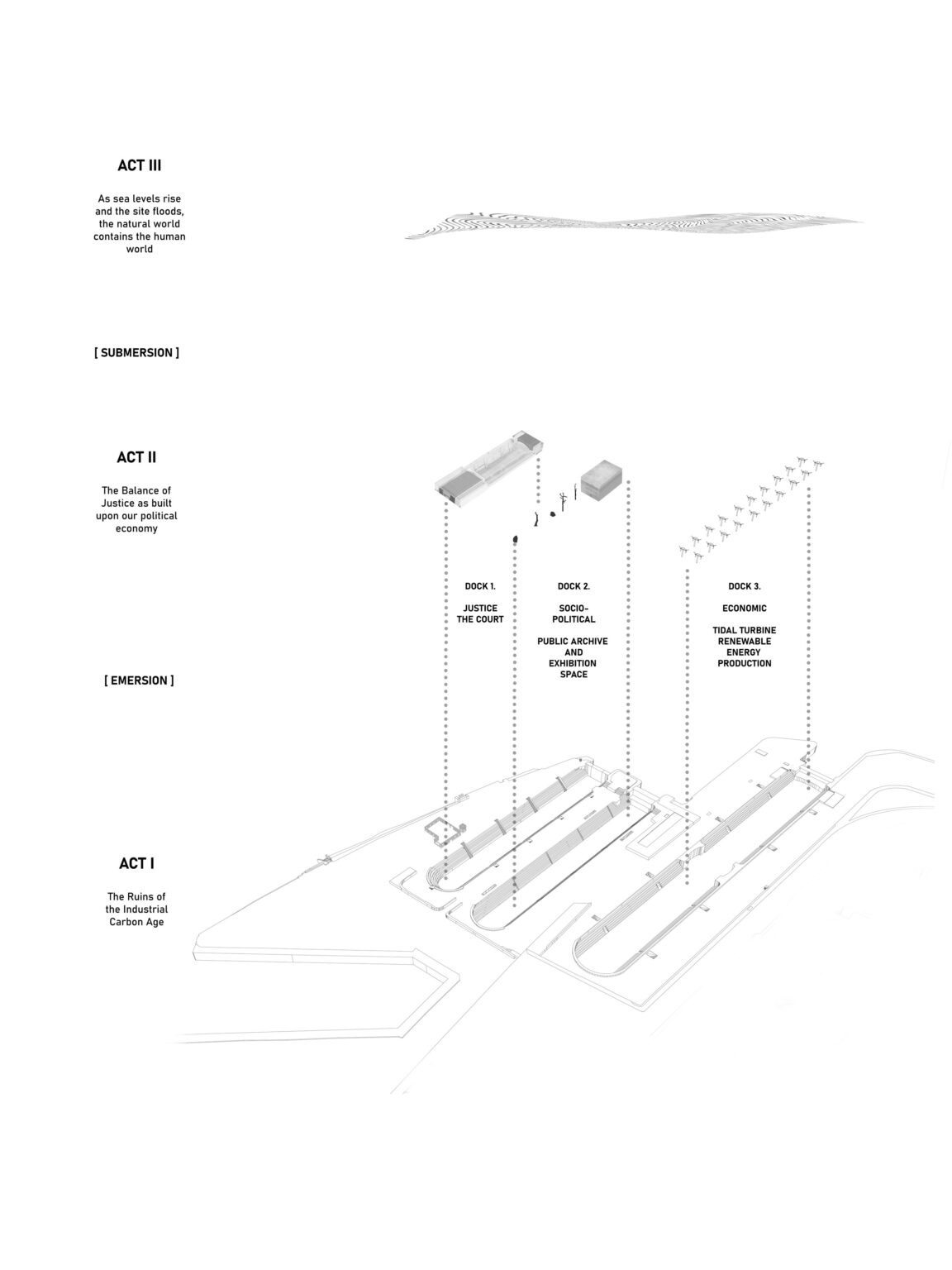