The discipline of architecture has a tendency to accept societal norms without questioning them. When designing, certain types of work (such as prostitution) often get shunned from the urban fabric of cities, which increases many communities’ social marginalization.

The French philosopher Michelle Foucault coined the term “heterotopias of deviance” to describe spaces of “otherness”, specifically relating to societal norms and moral expectations. His theories on otherness imply separation and boundaries, which the scholars use to explain his urban decisions towards heteropology.

I propose it’s time we re-think spaces, both socially and physically, to integrate communities and blur the boundaries which form these demarcated societal heterotopias. By designing moments of interaction between different lifestyle bubbles, we can decrease the harsh threshold which ultimately separates the marginal from everyday life.

Spaces that have successfully helped integrate social minorities exhibit strong elements of the community. Blurring the limits of individuality, privacy and ownership eliminates this idea of “otherness”.

The proposal aims to integrate via the exploration of non-traditional gradual thresholds at the individual, communal and city-wide scale. 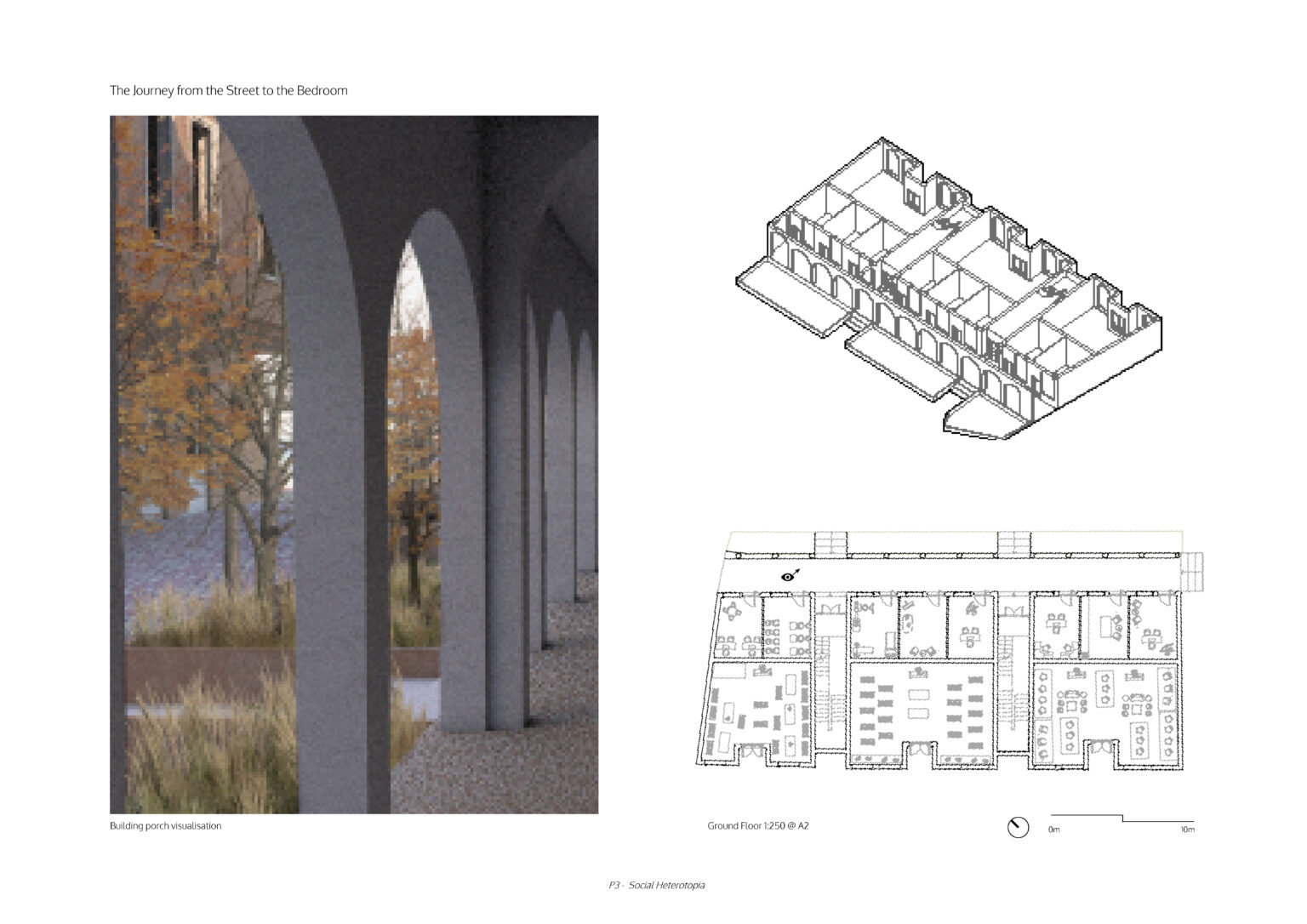 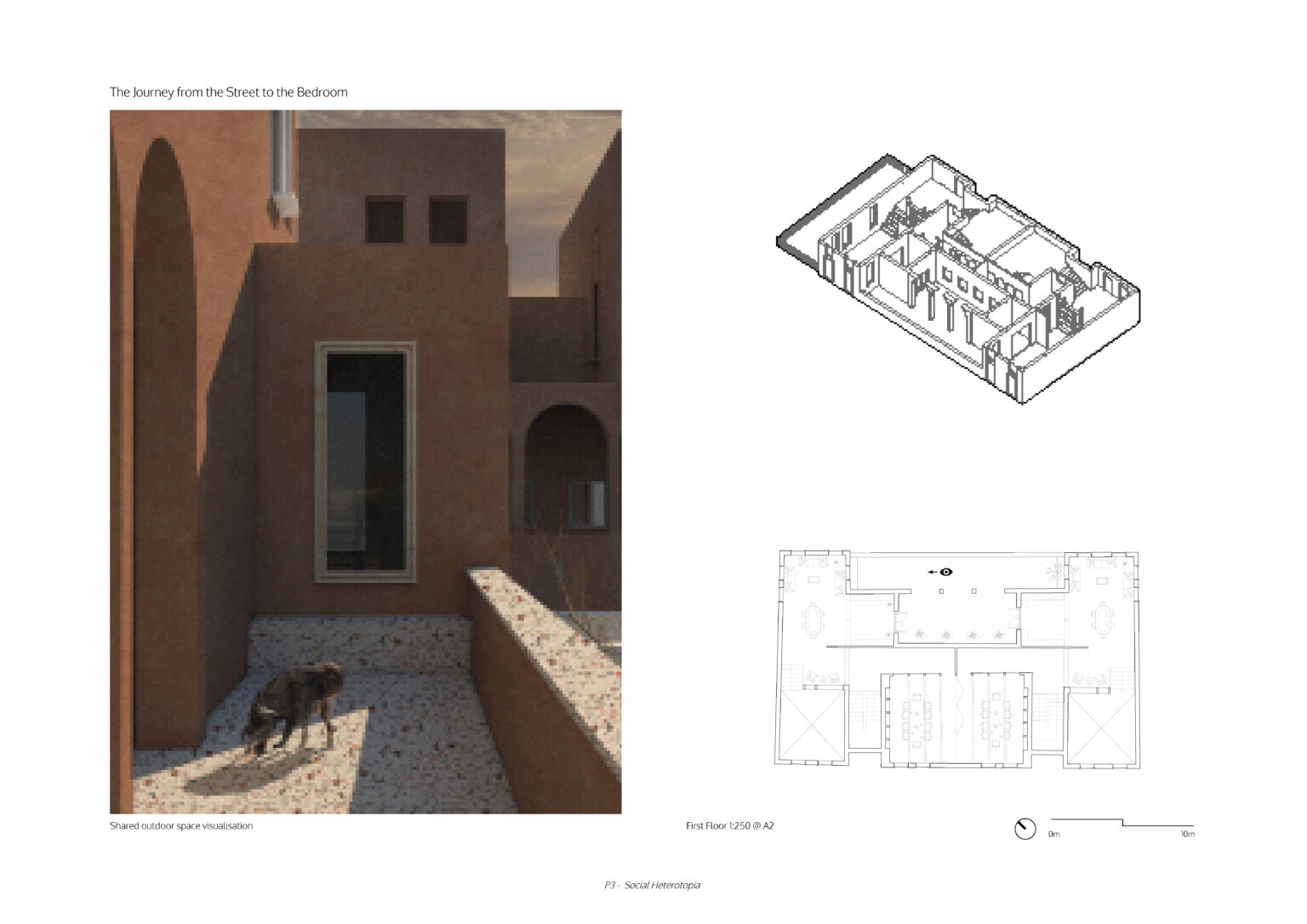 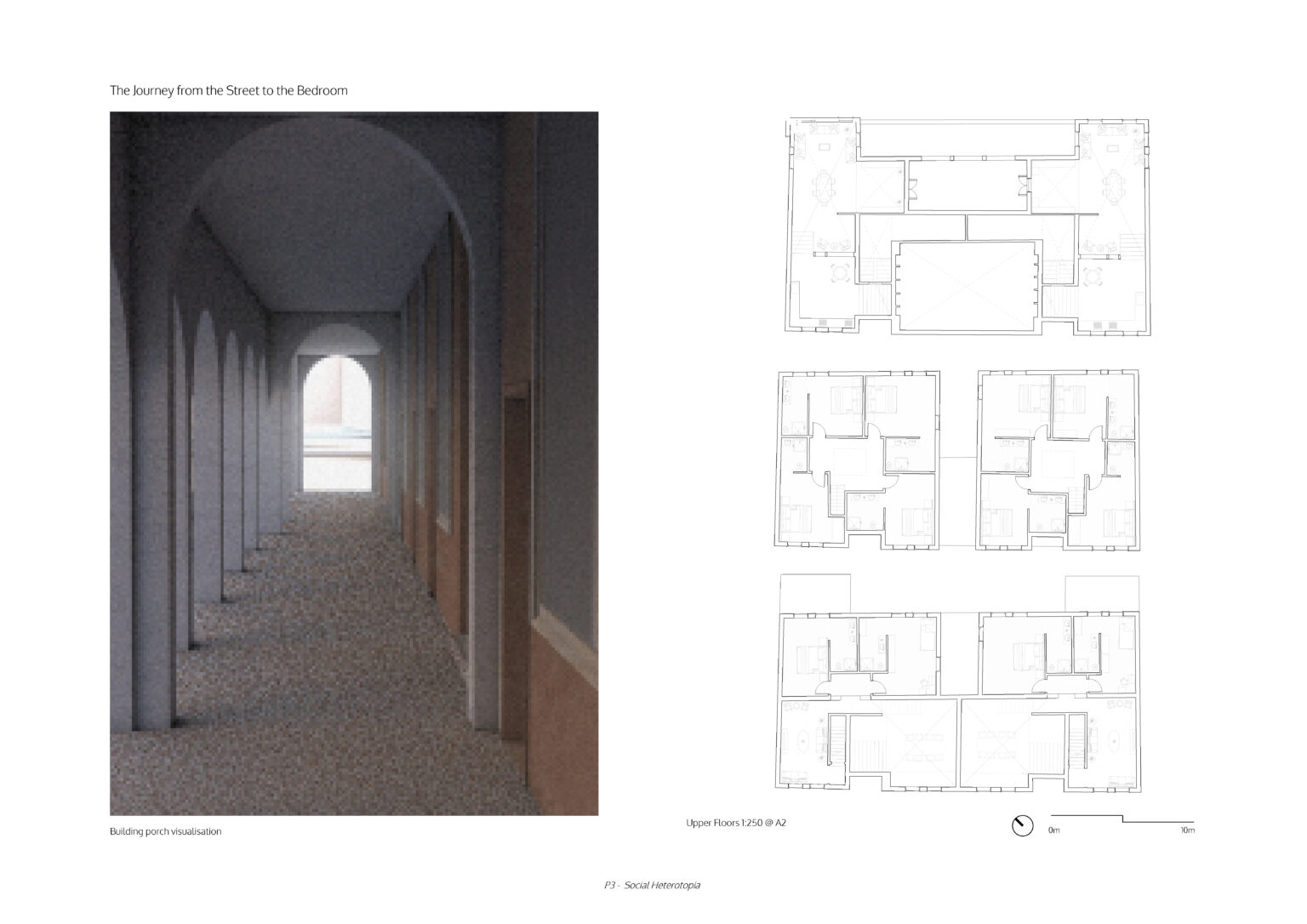