A Memory Tape for Dad

‘A memory Tape for Dad’ is a home video made by a Son, using the S-VHS recordings of his Father, in order to  formulate a portrait of his Dad. A portrait filmed by his own hand, but edited by his Son’s. It attempts to represent the process of time and memory, within media, culture, technology, family and one’s self. Using the footage of himself and his three brothers as acting stand ins for the Father, Dook’s film recalls a timeline that  ages from birth to later adulthood, at which point we see the man behind the camera. A man whom now lives  with dementia and who’s own memory of these moments in time are fading with its passing. The footage has been preserved for the time being by a means of digitising an analogue format highly susceptible to environmental factors of decay and the will of entropy. The decision to display through the physical format of  VHS heightens a relationship with time, these images are recorded onto a piece of tape with a beginning and an end, It must be rewound and played again and again, and with every playback it’s materiality ages. The ephemeral nature of this media enforces a feeling of preciousness, a sentimentality we attach to time people and culture. As one living with dementia looses memory and functionality, music retains a special place that can return them to a previously held state. The sound design attempts to respond to this phenomena, creating a hauntological space that reflects the music throughout the timeline of the Father. As the protagonist’s musical history floats in and out of clarity, other sounds are brought to the surface, like lost memories they are rescued by the faint recollection of a long forgotten tune. The sounds of family kitchens, concert halls, cars, boats and harbours are specially curated to reflect the lifeline of the Father. Alongside this, the sound has been effected to reflect the passage of time within technology, distortions move from Radio feedback, to the crackle of Vinyl, Tape delays, the skipping of CDs and finally the wiring fans of a Hard Disk Drive. Between the 4 sections of the film, which are defined by the age periods, Childhood, Adolescence, Adulthood, and Old Age, we rest in a more liminal space. This is a CG environment made in the image of the Father’s Removal and Storage warehouse and in this  space outside of time one can hear fragments of the recent present. Voices of the Son and Mother visiting their Dad and Husband in his current state, living with dementia in a care in Sussex, whom upon hearing the sounds of classical compositions whistles along to those never forgotten tunes. 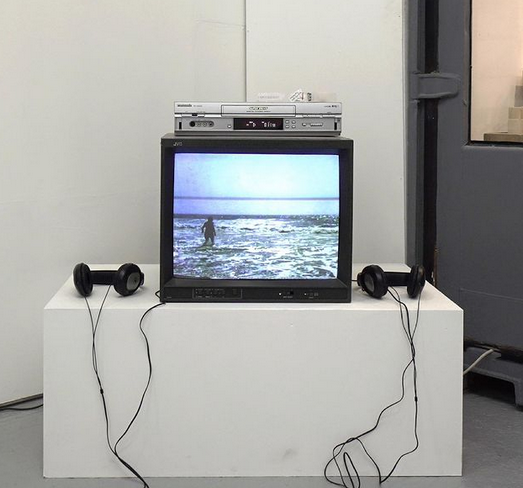 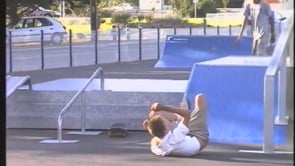 This 12 minute excerpt from the 55 min video is at the midpoint of the work where the landscape of sound begins to blur the line between normality and decay - referencing the timeline of Dook’s fathers condition, dementia. There are three main elements to the sound mix; the present, the memory and the decay of the memory. Represented in the form of sounds that coincide with a timeline of significant memories of Dook’s fathers past and present day in the care home. These ideas are stitched together using music and sound design to paint and scramble core memories and using field recordings from visits to the care home to portray the present situation of withdrawal of memories. These parts of the soundtrack fight with each other, trying to reach normality but failing to resolve. The decay that runs throughout this excerpt is predominantly to the music, presented in the form of physical sound playing devices that through age or faults to the machinery, create distorted versions of the original tracks. These versions of the tracks show a decay to memories once had, alongside the emotional archived family footage in the video.