With the current progression of climate change, the area of the Govan Graving Docks is predicted to be under water within the next 30 years. In the meantime, the increasing water level could cause occasional flooding events, effecting the lower areas of the Dock. In my these this area is titled the Tidal Plane and it is an exploration of the flooding not as a negative phenomena but as a transformative action.

Through the opening of the Caisson gates, the Clyde could freely enter in and out of the docks, bringing sediment and nutrient with themselves. Through this continuous act of breathing and through the inclusion of the floating islands, the docks could be reenvisioned as places of repair and recovery but with the focus on the river rather than on the hulls of the ships.

Through the regular overlap between the river and the ground of the Docks, a new marshland could form, providing with much needed wildlife habitation spaces within the city. 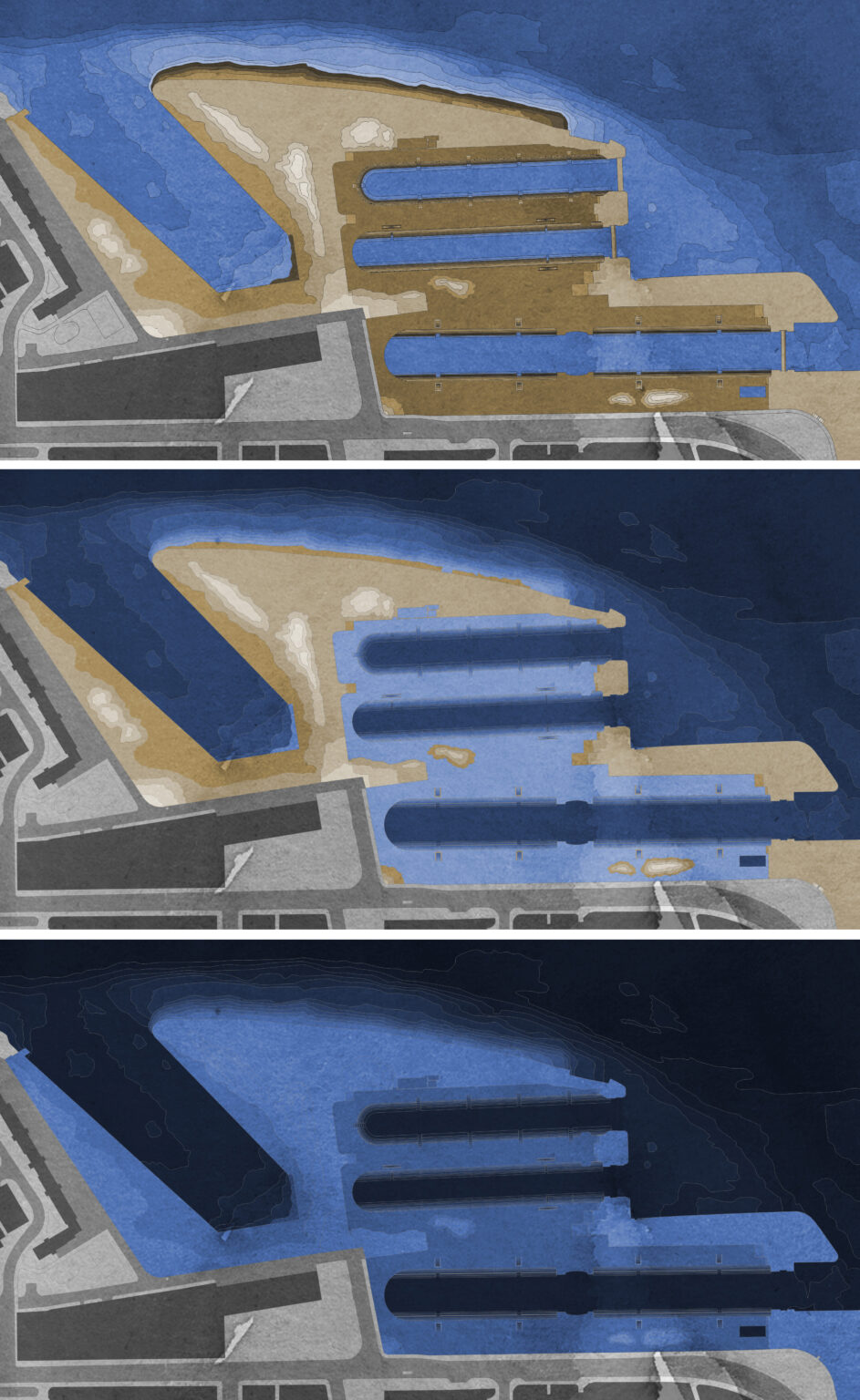 The Flooding of the Graving Docks