Walking around the Graving Docks it’s hard not to notice the large patches of red paint, leftover from the time when the place was still used as a ship repair facility. But some of this paint can still contain large amounts of lead, toxic for both human and nonhuman health. Studies of the Clyde and Clyde estuary shows the presence of large amounts of heavy metals, some of which came from the shipyards and possible from the Graving Docks.

“The menial workers (the ‘red leaders’, ‘panel beaters’, ‘tankies’, ‘lead shotters’) had the dirtiest and most toxic jobs in the facility. A number of the ‘red leaders’ explained that their health had suffered badly following a lifetime working with lead, chrome and bitumen paints, and the ‘tankies’ too had not had it easy cleaning out the ship’s diesel, oil and sewage tanks from the inside. Whether it was due to their memories of the toxicity or the spartan industrial ground, these menial labourers all spoke of their wonder at how nature had taken over – that a contaminated place like this could recover and become so green – and many of them continued to visit. Then there were the tradesmen who lamented the lost language, the lost skill, getting lost where they live now even, amidst the chaos of urban change in Govan. Those that hadn’t already given up fighting the change hoped to see the heritage of the Graving Docks respected… ‘I was a painter, a red leader. It’s a dying breed. Fucking dying right enough. I think
I’ve only got another five year. Everyone’s dying of cancer. Red Lead. Chrome. Bitumen All of them. They’re all full of lead. You were only meant to go in there at 18 but I was in at 16 and a half, and I left when I was about 21… Do you know about the plans to develop it?’ ‘Aye I’ve heard’ … ‘And what do you think?’ … ‘I think it should be left as a wildlife place. To be quite honest with you. I definitely dae.” (http://www.rutholden.scot/) 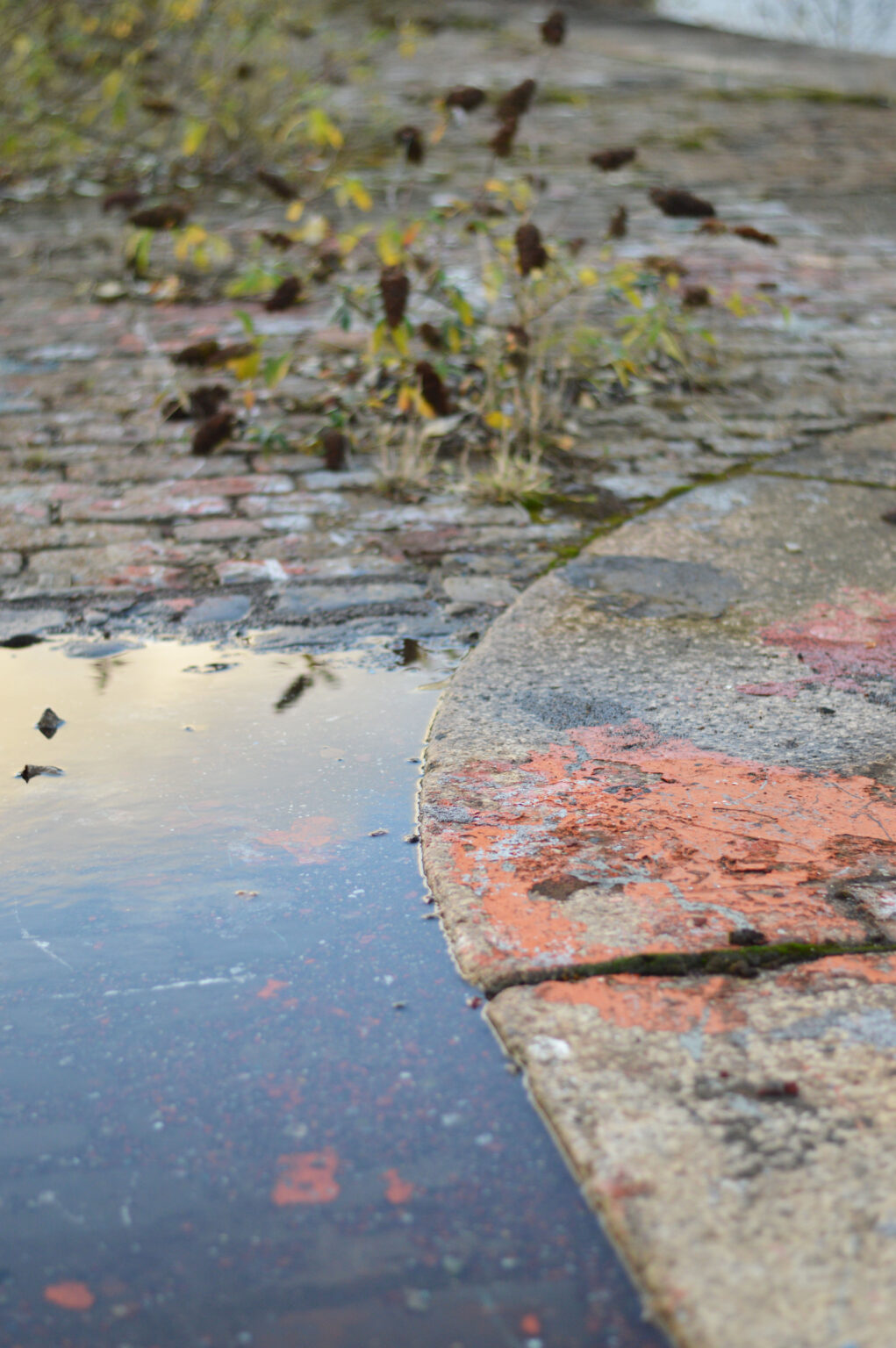 Lead paint on the altar steps of Dock 3